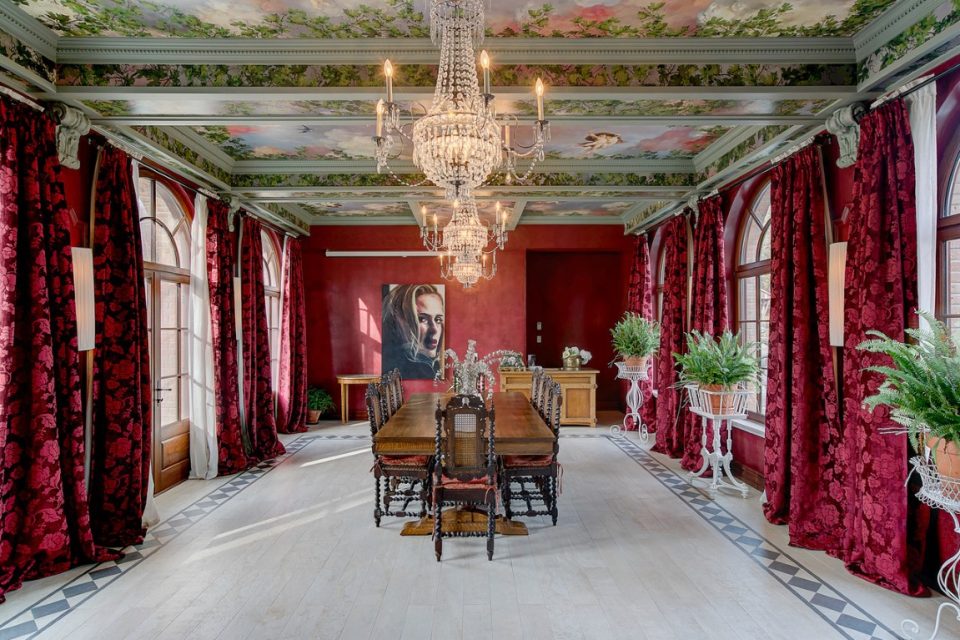 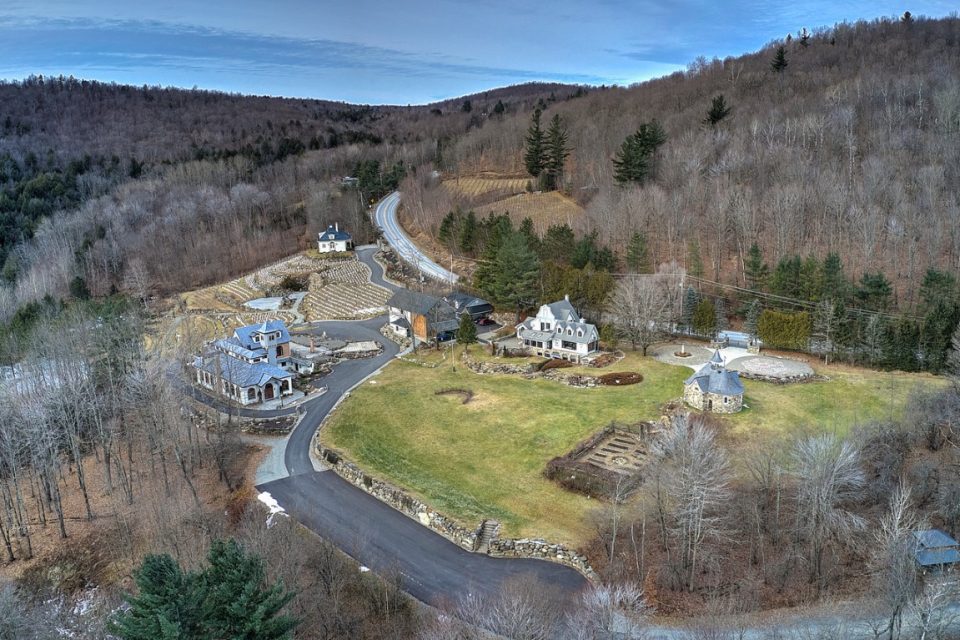 The 173-acre vineyard is only a 90-minute drive from Montréal. 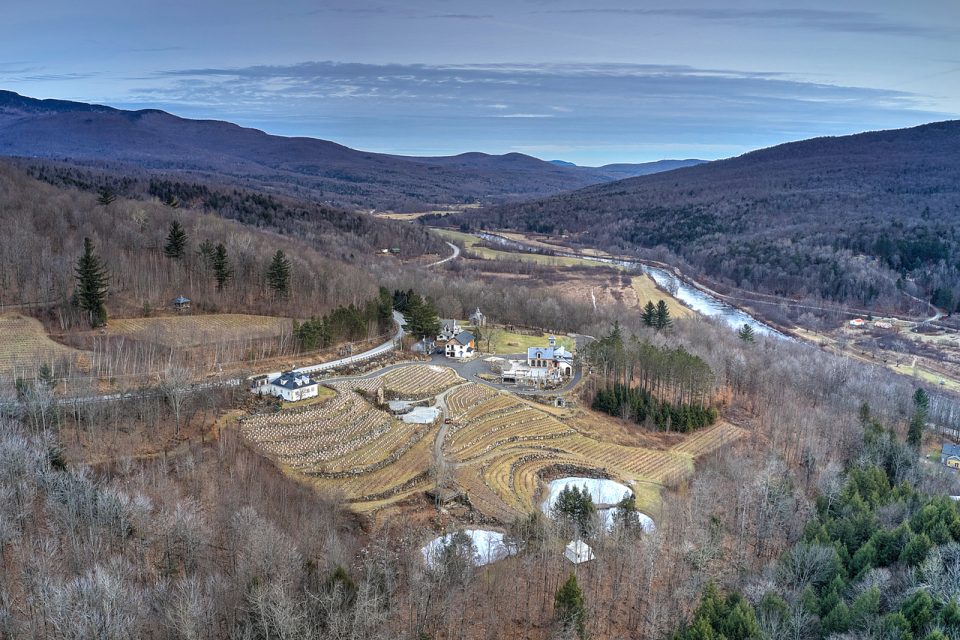 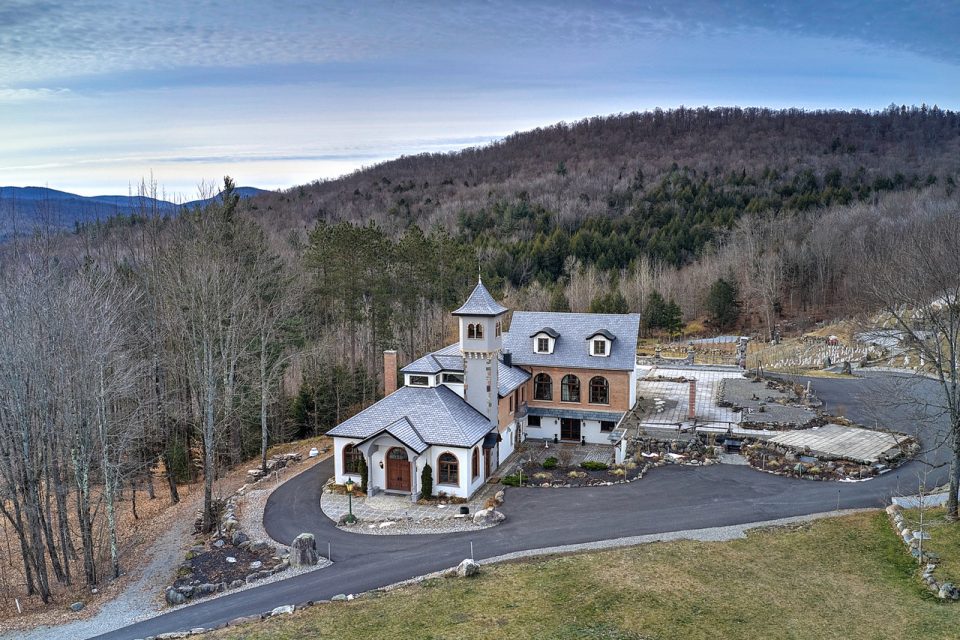 There are a total of ten bedrooms and 14 bathrooms. 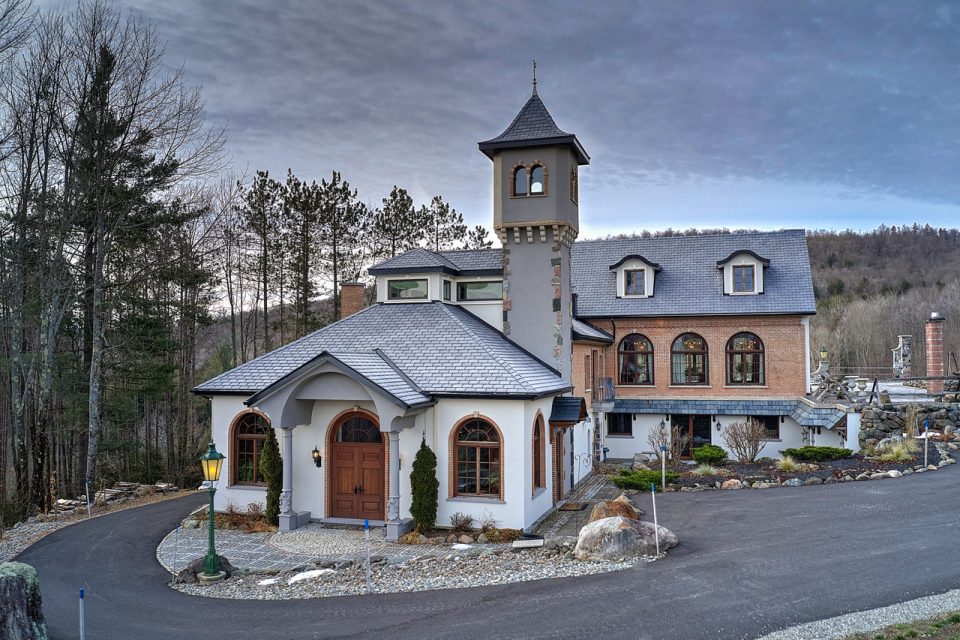 The estate is a private vineyard with over 7,000 vines.

There is a production facility for making ice and port wine.

The versatility of the buildings and interior spaces give many commercial options to the next owner.

The wine rooms have a French flair with beautiful vaulted ceilings.

The estate also produces maple syrup from its 11,000 trees.

The chapel has a domed roof and holds many beautiful artifacts.

Adele has a talent for choosing stunning backdrops for her music videos, and the one she chose for her hit song “Easy On Me” is no exception. A 90-minute drive from Montréal, the 173-acre vineyard Domaine Dumont Chapelle Ste-Agnès is now for sale, priced at $4.37 million U.S. dollars.

The vineyard estate contains six buildings, including the 1846-built main manor house which was renovated in 2021, a castle with a new reception hall, a chapel, a guesthouse, and several more buildings.  There are a total of ten bedrooms and 14 bathrooms. The manor’s red ballroom forms the focal point and served as the set for Adele’s music video of “Easy On Me,” which was released in 2021, and even includes a portrait of Adele on one of the walls.  The estate is a private vineyard with over 7,000 vines and a production facility for making ice and port wine.  The estate also produces maple syrup from its 11,000 trees.  Exterior architecture is unique with sumptuous interiors.  The wine rooms have a French flair with beautiful vaulted ceilings and terracotta tile floors.  The versatility of the buildings and interior spaces give many commercial options to the next owner.  Located in Sutton, Québec, it is only a short drive to the American border.

Adele is one of the most successful recording artists of the 21st century.  Her new single has already been watched more than 200 million times on YouTube, making the red ballroom of Domaine Dumont Chapelle Ste-Agnès very recognizable to her millions of fans.  In the last year, Adele has experienced both ups and downs, going through a painful divorce, losing 100-pounds, and a recent highly acclaimed live television concert from the Griffith Observatory in Los Angeles. “Easy on Me” has set the record for the highest number of streams of a song in one day on Spotify.  So far she has won an Oscar, a Golden Globe and 15 Grammys. 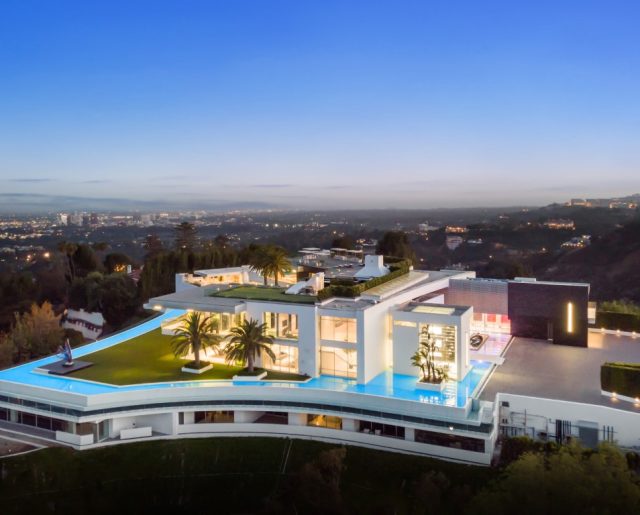 America’s Most Expensive Home For Sale – Twice As Big as the White House!

One of the world’s most expensive homes, appropriately named “The One,” has just hit the market at $295 million. Once...Read More