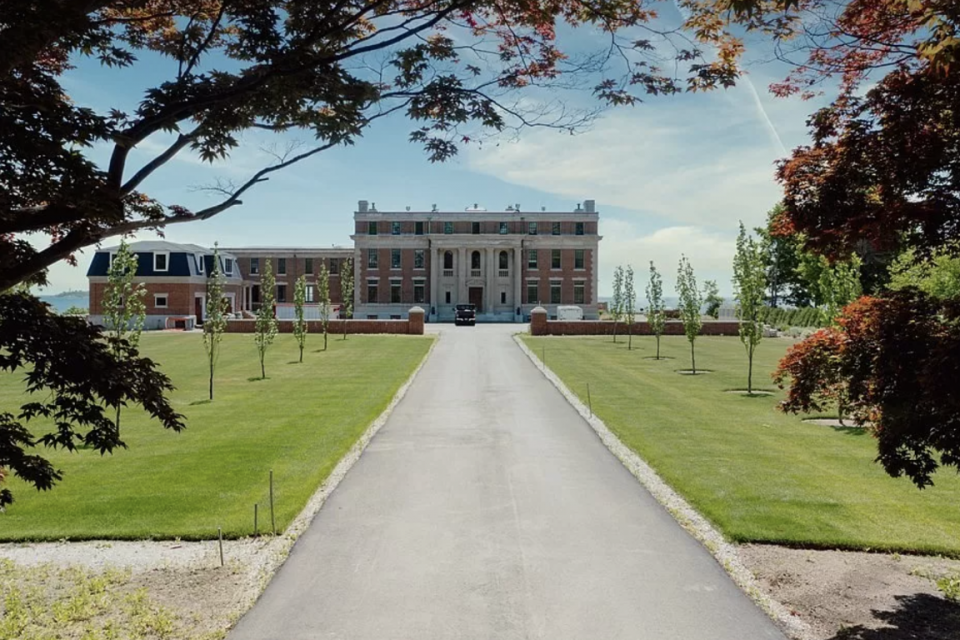 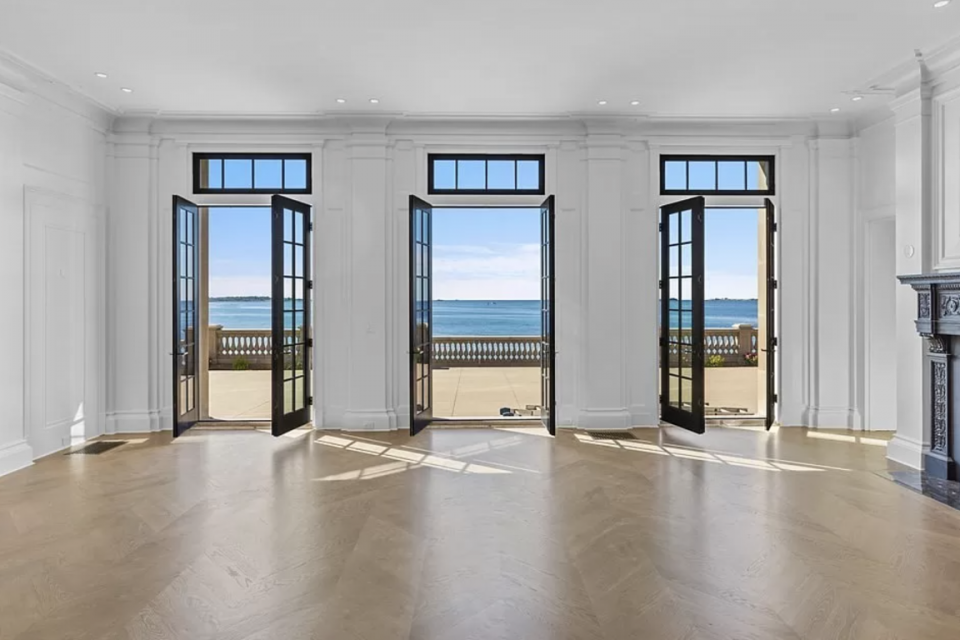 Built in 1904 on the Massachusetts Gold Coast, the estate is on three acres with 400 feet of Atlantic oceanfront and a private beach. 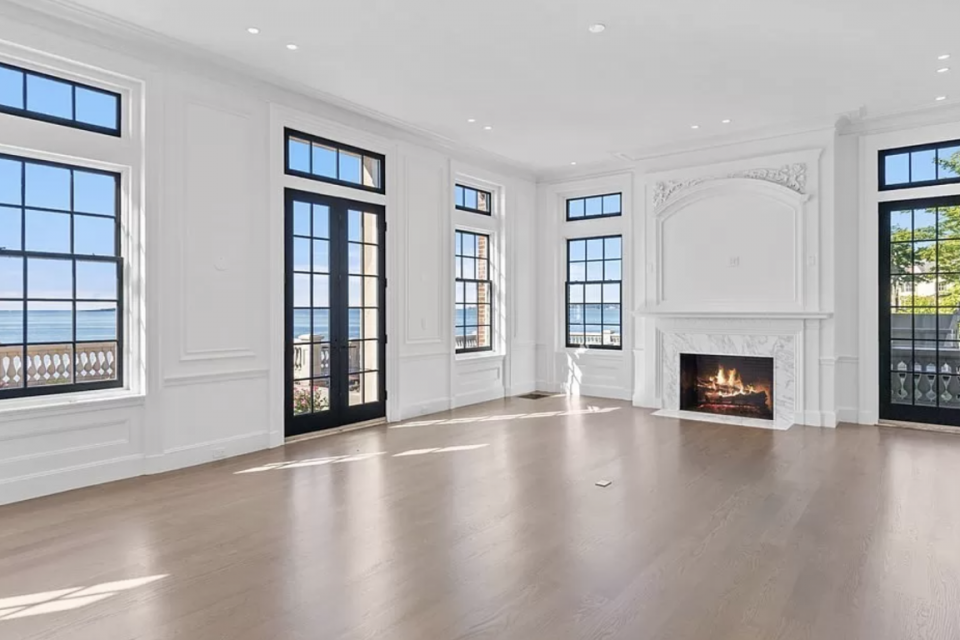 Sunny and bright, the home has undergone a complete renovation with views of the ocean from almost all rooms. 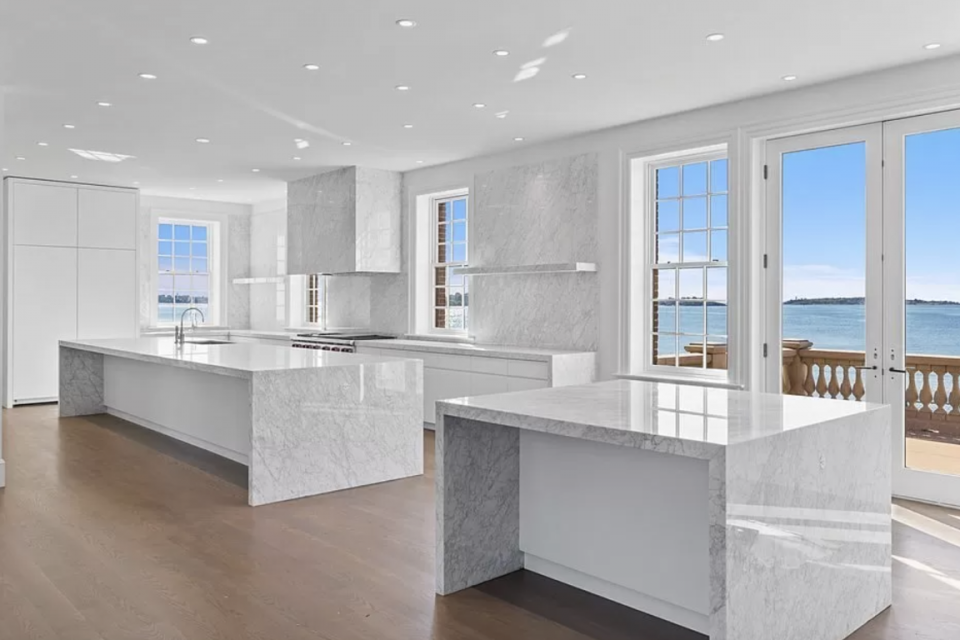 The large chef's kitchen is dressed in large slabs of marble with two islands. 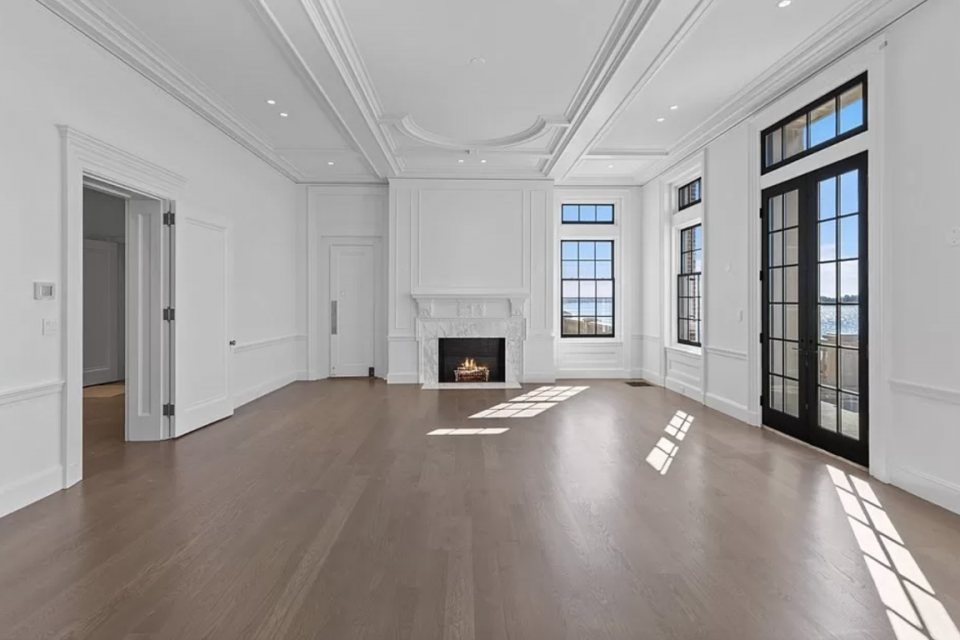 All rooms are large and airy and many have fireplaces. 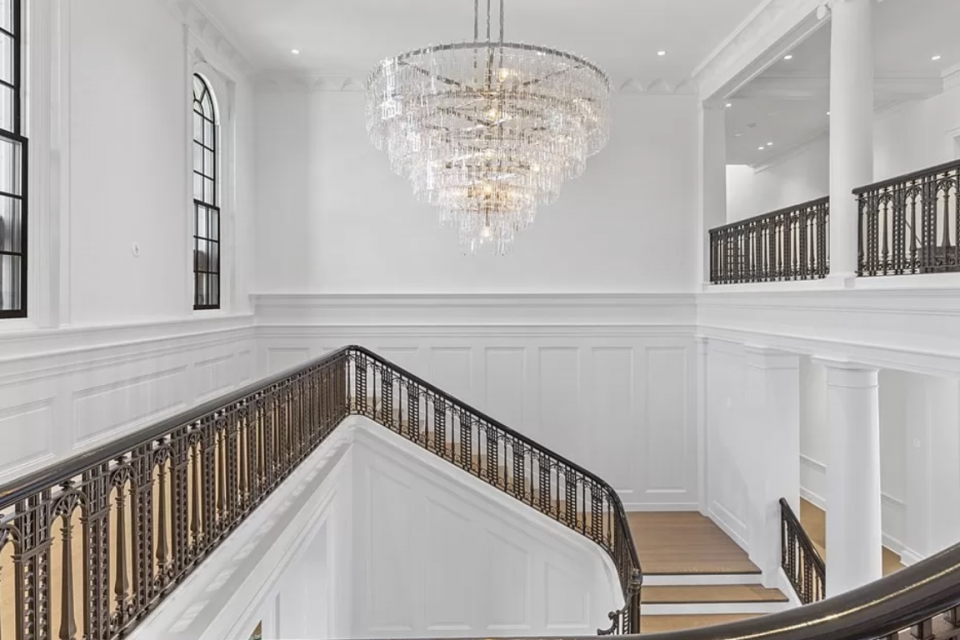 Next to spectacular ocean views, the stunning open stairs are a focal point. 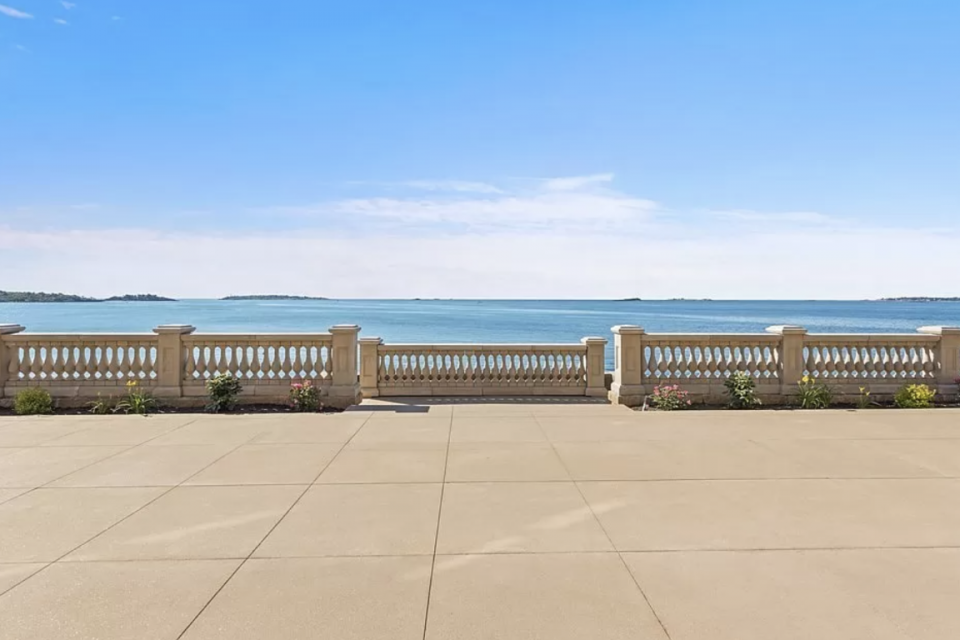 Large terraces are the perfect venue for summer entertaining. 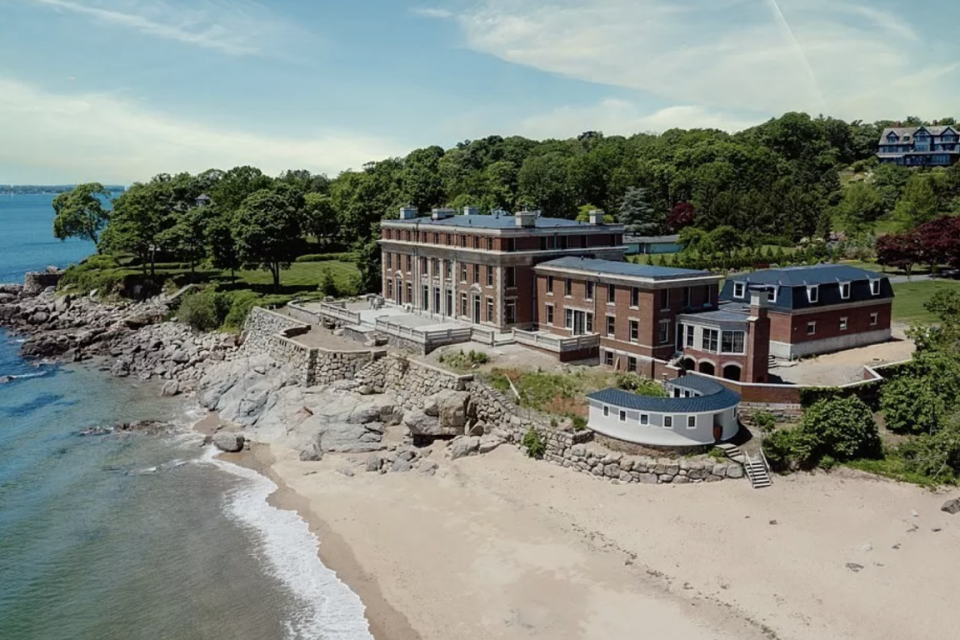 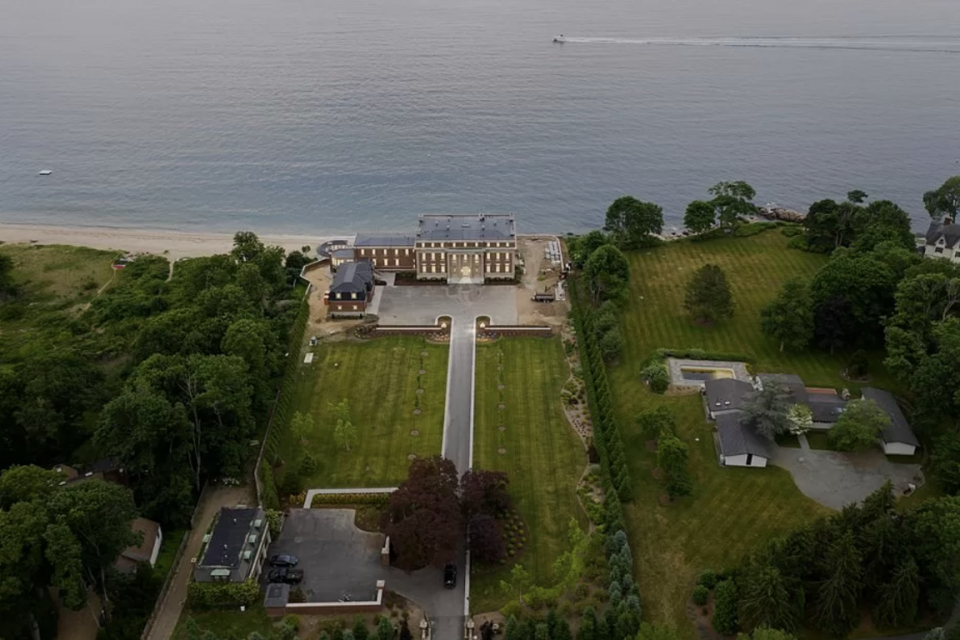 All landscaping is new including an allée of newly planted trees the length of the long driveway.

Many of America’s Olympic stars of today can thank socialite Eleonora R. Sears, who in the early 20th century made women’s sports in the United States acceptable and popular.  When she died in 1968 at the age of 86, Boston Globe sportswriter Victor Jones wrote, she ‘was probably the most versatile performer that sports has ever produced — not just the most versatile female performer, but the most versatile, period.’  She was a four-time national tennis champion, the first women’s squash champion and an accomplished horsewoman, who was the first woman to ride a horse in a major polo match.  With her social standing and the wealth it provided, the home she chose was a glamorous Gilded Age mansion with 400 feet of Massachusetts Atlantic oceanfront and private beach, where she lived for 40 years until her death in 1968.  Named “Rock Edge” due to its location above the rocky shore, the home has undergone a meticulous 21st-century update and is now for sale at $22 million.

As a socialite whose friends and frequent home visitors included the Prince of Wales, Harold Vanderbilt (to whom she was once engaged), Cole Porter (who played the piano at some of her gatherings) and Judy Garland, her oceanfront mansion was the perfect venue for everything from intimate dinners to fundraisers. Two years after Eleonora’s death, the home was purchased by a family-owned Boston construction materials company, Benevento Companies.

Built in 1904 on Massachusetts’ Gold Coast, the 28,000-square-foot mansion has 11 bedrooms and 13 baths sited on three oceanfront acres with a private beach and carriage house.  All rooms have ocean views with most having fireplaces retaining the original mantels.  Large slabs of white marble have been used in the spacious kitchen and bathroom updates. Large windows and French doors open to the terraces that fill the home with sunlight, creating an elegant beachy vibe.

A fearless pioneer of her day, Elenora was as comfortable at a society event as she was when she was inducted into the Tennis Hall of Fame, the Show Jumping Hall of Fame, the International Women’s Sports Hall of Fame and the United States Squash Hall of Fame.  With her large fortune, she felt free to do whatever she wanted, including wearing slacks, smoking cigarettes and riding horses astride rather than sidesaddle - all during an age when the acceptable activity of society women was not to stray too far away from the closest chaise lounge. 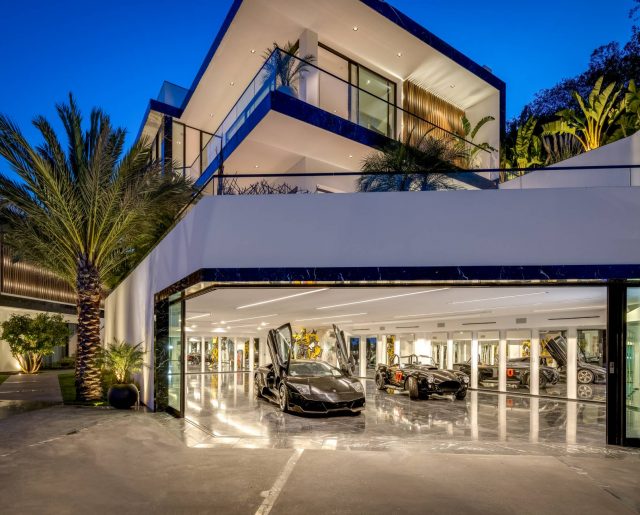 Can a super contemporary home with views stretching from the San Gabriel Mountains to the Channel Islands and a master...Read More