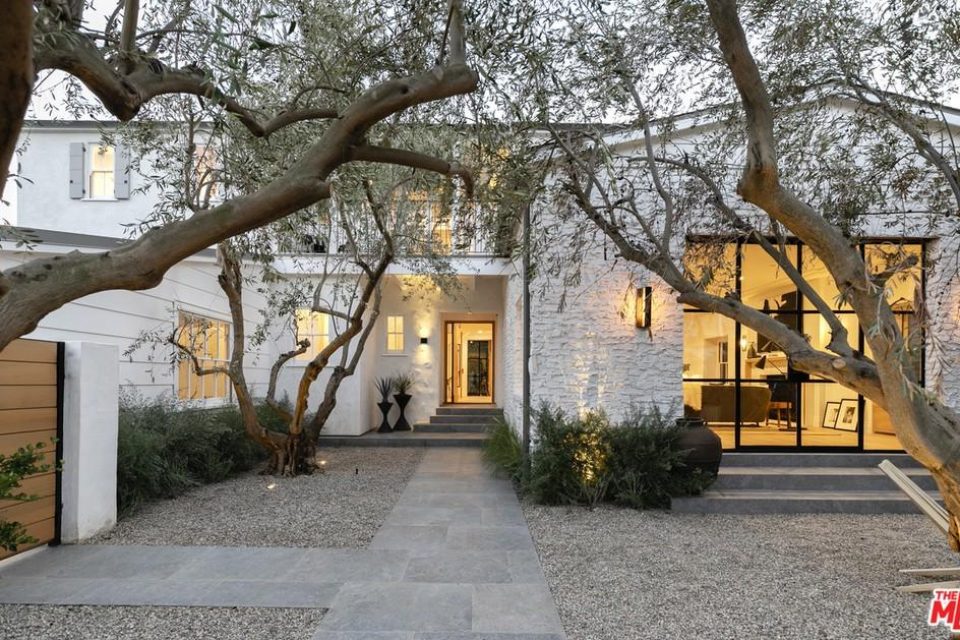 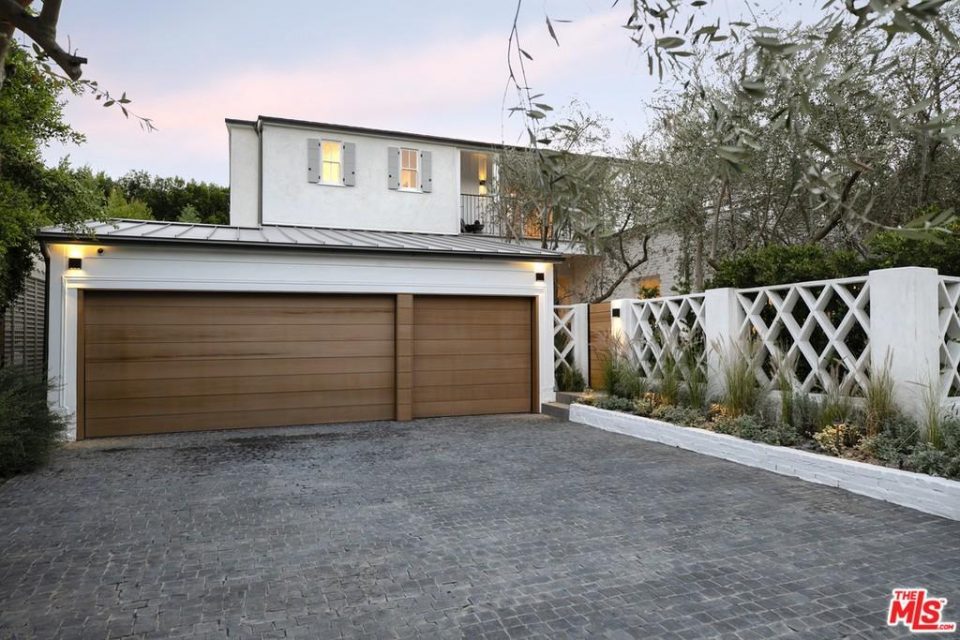 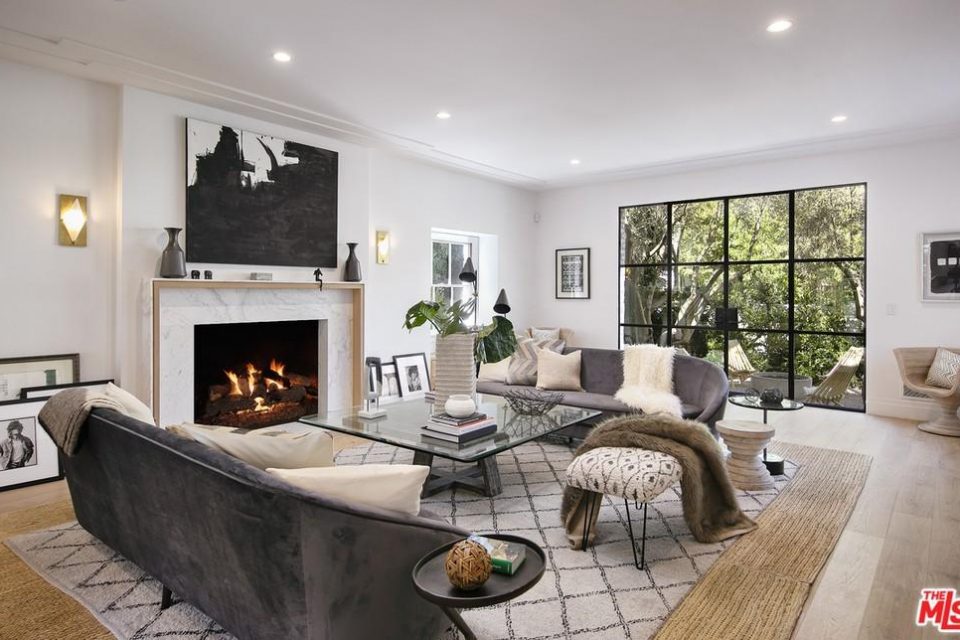 Furnishings were included in the sale. 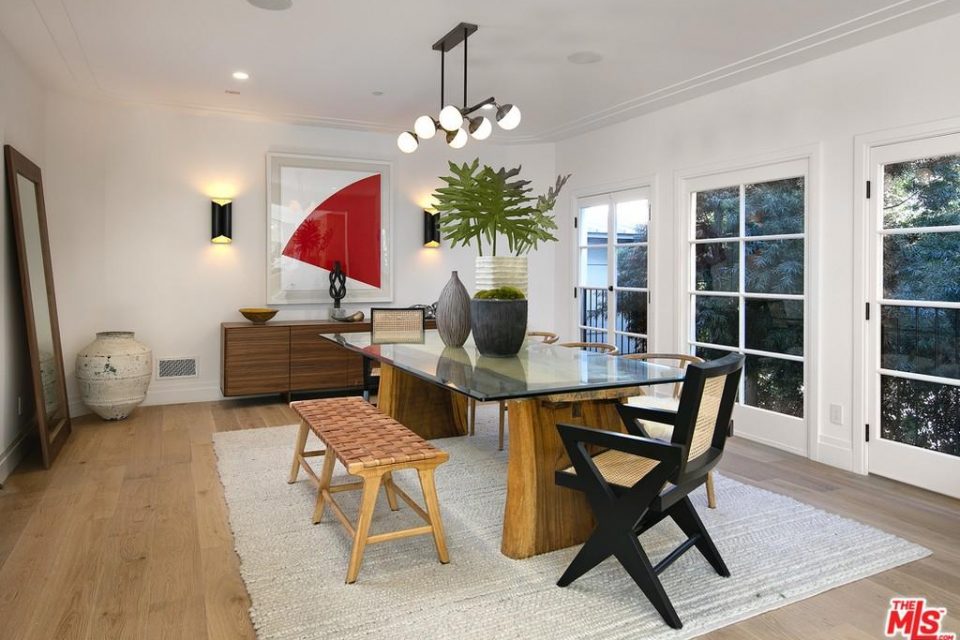 The formal dining room with a casual vibe. 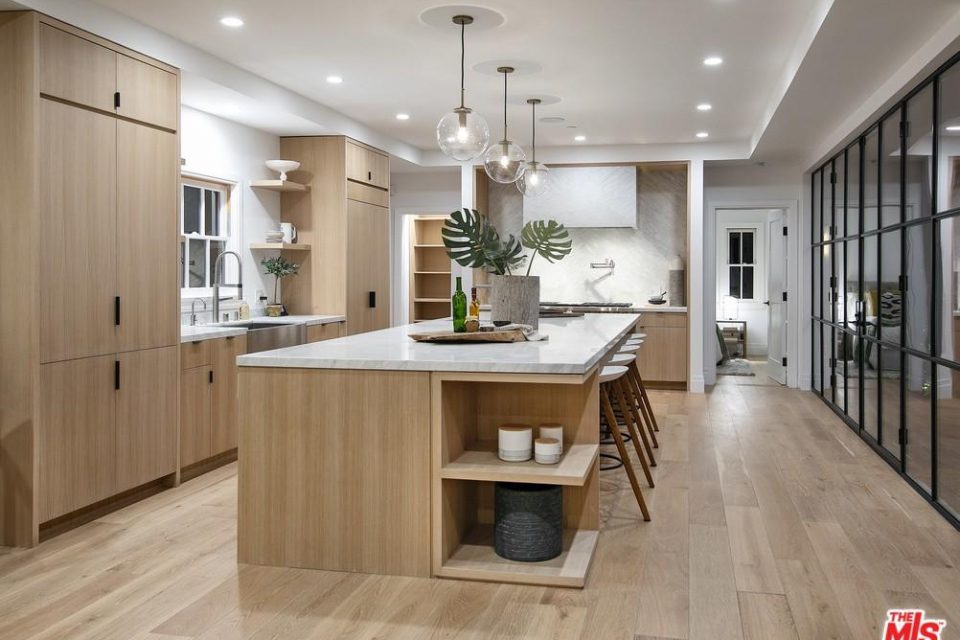 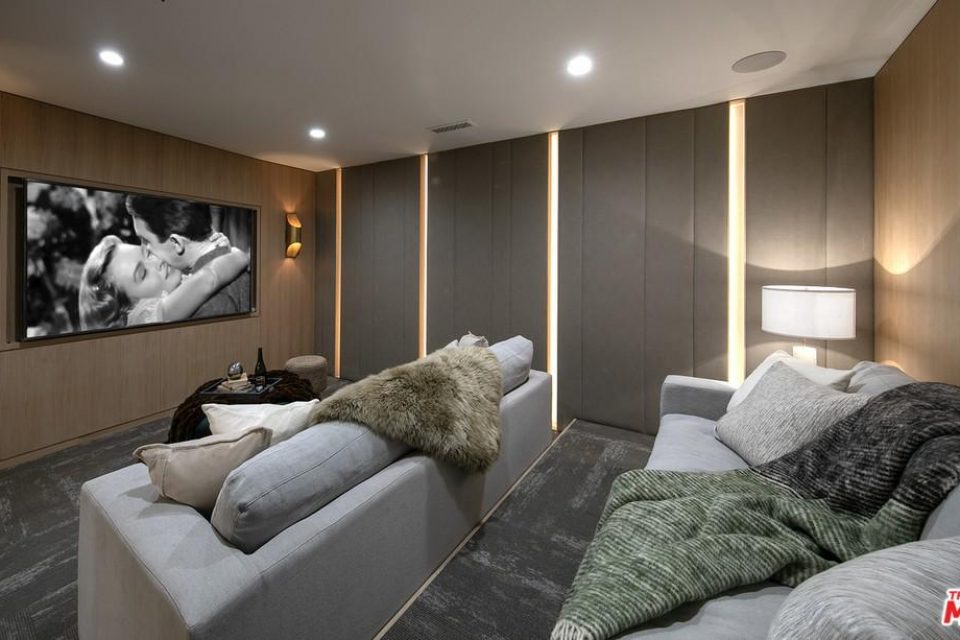 The large media room will accommodate a group of friends. 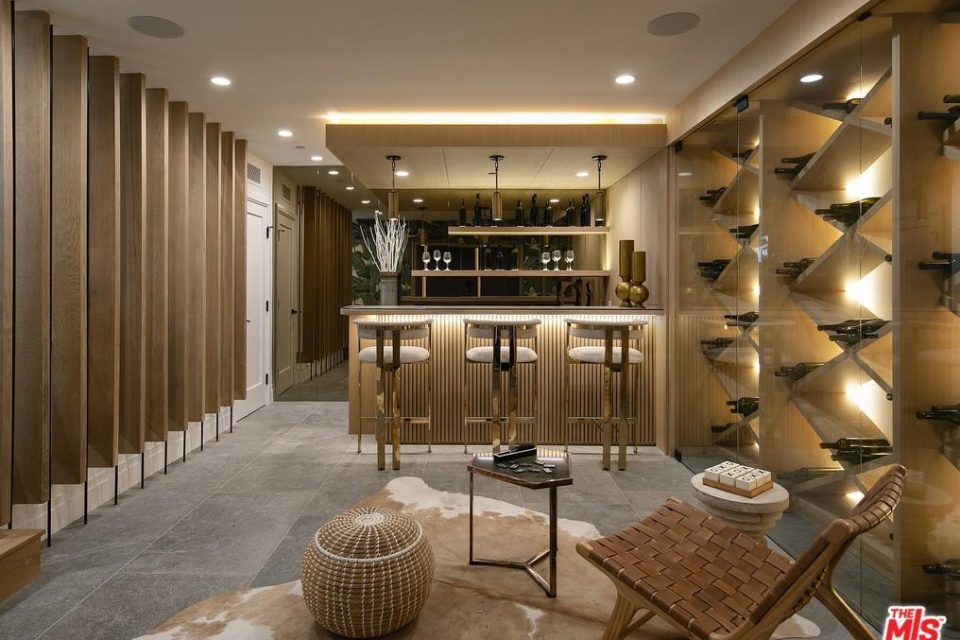 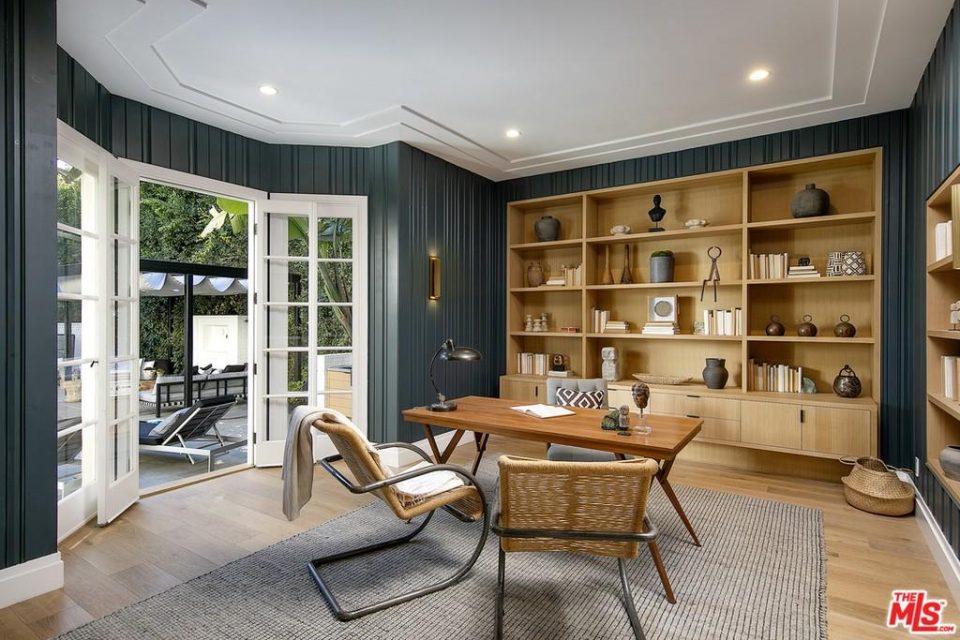 The office opens to the pool deck. 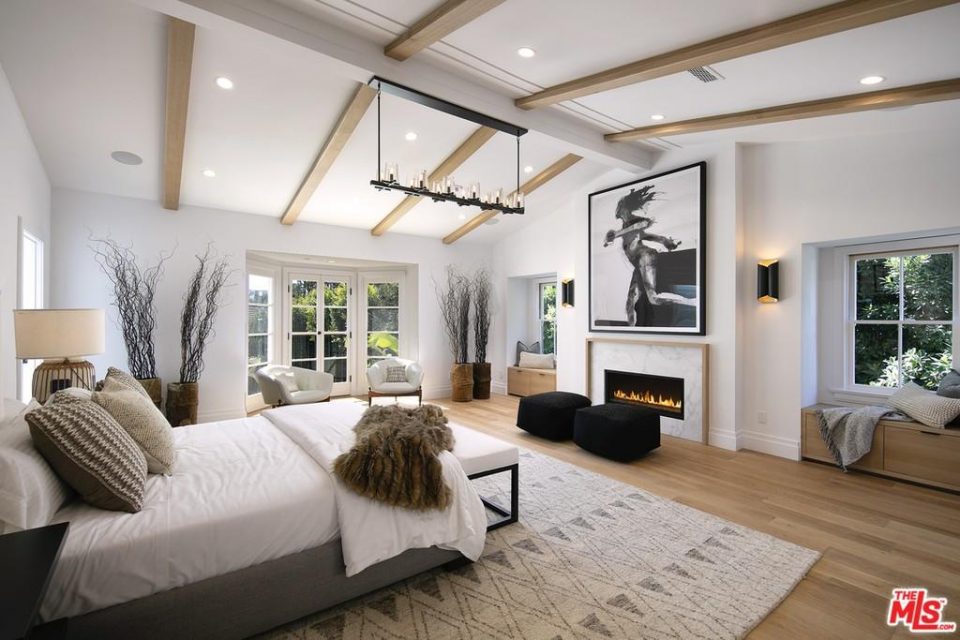 The home has a spacious master suit. 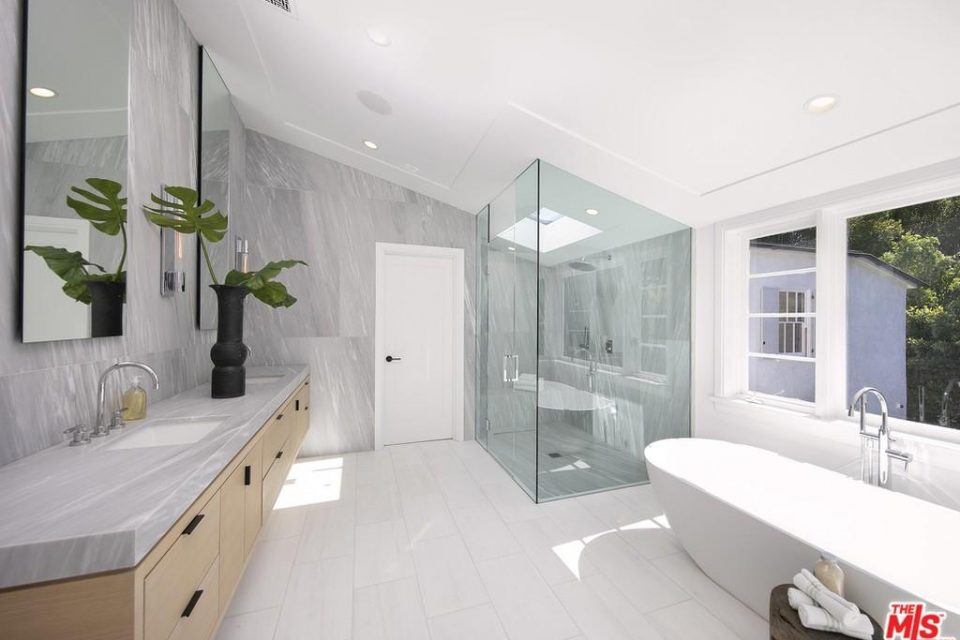 The master bath is crisp an contemporary. 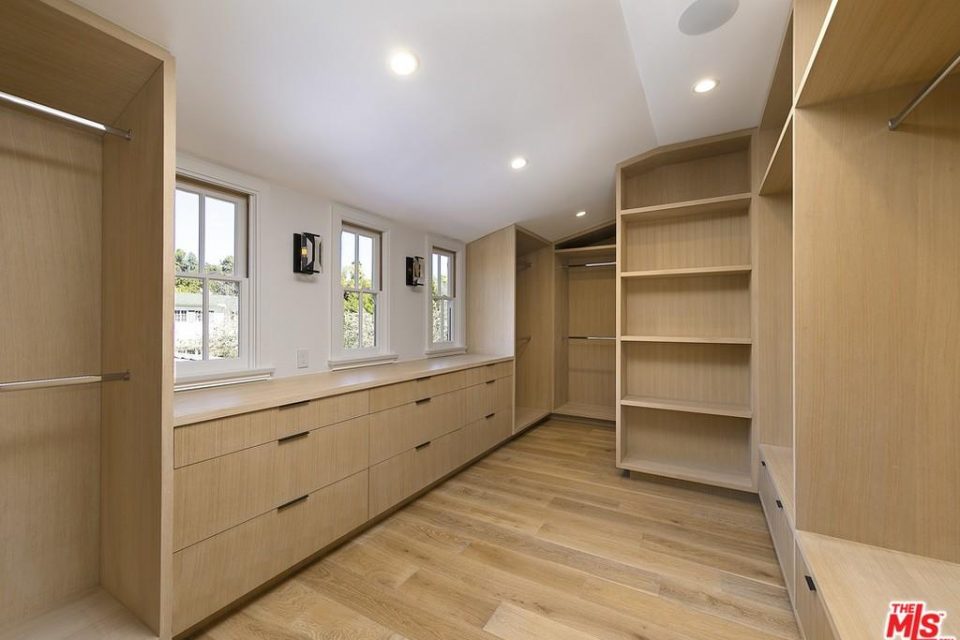 The master closet is large enough to double as a dressing room. 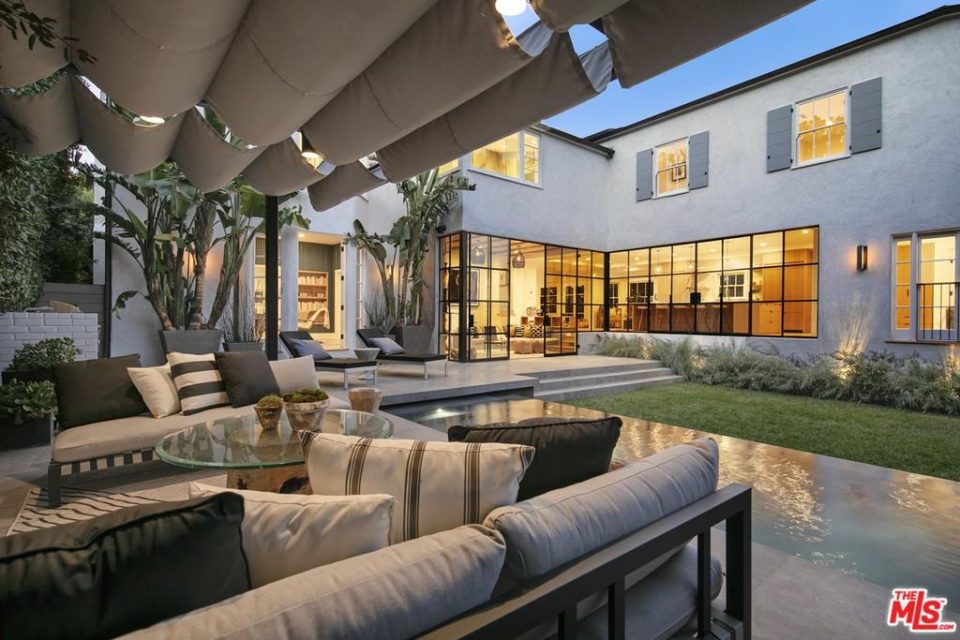 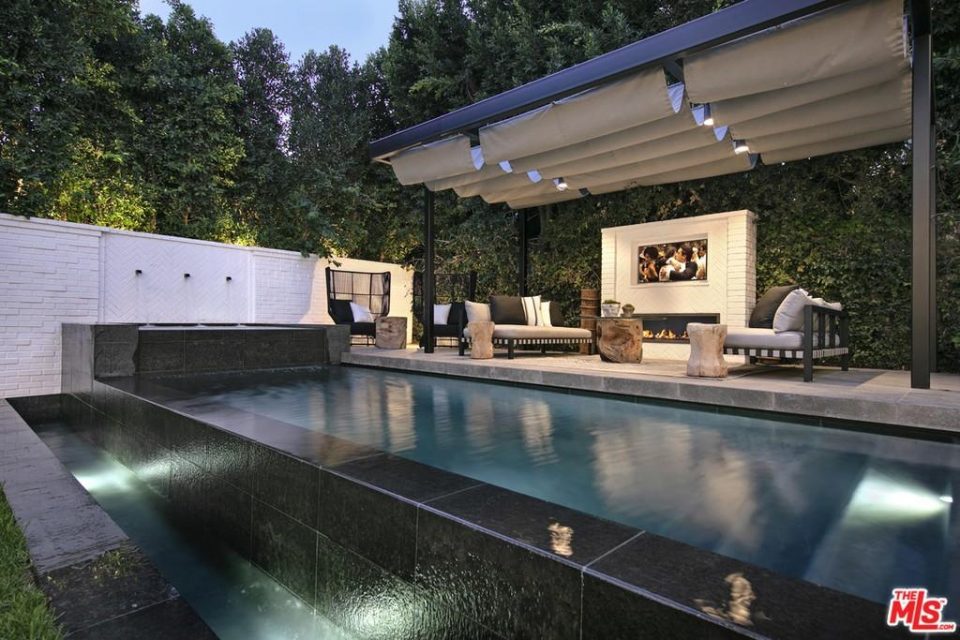 The pool and spa terrace was designed for entertaining.

From wild child to tamed married man, pop star Justin Bieber’s treatment of his homes has gone full circle since Hailey Baldwin came into his life. Proof lies in the stunning Beverly Hills home the couple just sold, including all the furniture, for $7.955 million, taking a loss of over $500,000. He had only owned the home for 18 months.

The Canadian teen idol, discovered on YouTube in 2007 at age 12, turned into a success story almost overnight. Two years after his video went viral, Justin was signed by Usher. Usher’s assistant became his manager and stylist and turned him from handsome teen male into something of a pop-rapper. He skyrocketed to success with the teen crowd and, by 2015, was in the Guiness Book of World Records as the youngest artist to have his album, Purpose, listed at the top of the Billboard Hot 100. Bieber has achieved a Grammy and a host of other awards in the U.S., Canada and Europe.

With the taste of success at such a young age, Bieber was making headlines, not for his music, but for his wild antics which included trashing his Calabasas neighbor’s house with eggs along with multiple arrests inside and outside the country for bad behavior. His behavior and reputation were so bad there was a national petition to the White House to have him deported. The petition had the required number of signatures but President Obama ignored it and it fell through the cracks. Although Beiber all along said he didn’t want U.S. citizenship, since his marriage to Baldwin, he has now applied.

Bieber has clearly gone through a metamorphosis since marrying Hailey. The wild child is becoming a man - mostly. The house just sold by the couple is stunning, including the furniture that went with it. The 1930’s Colonial-style Beverly Hills mansion of 6,132 square feet was first advertised for sale on Instagram by Bieber, but he later gave the listing to Josh Altman of Douglas Elliman. The mansion has five bedrooms, seven bathrooms, chef’s kitchen with oak cabinets and marble countertops. The indoor/outdoor floor plan befits the balmy climate and fills the rooms with airiness and light. Views overlook the lush landscape. 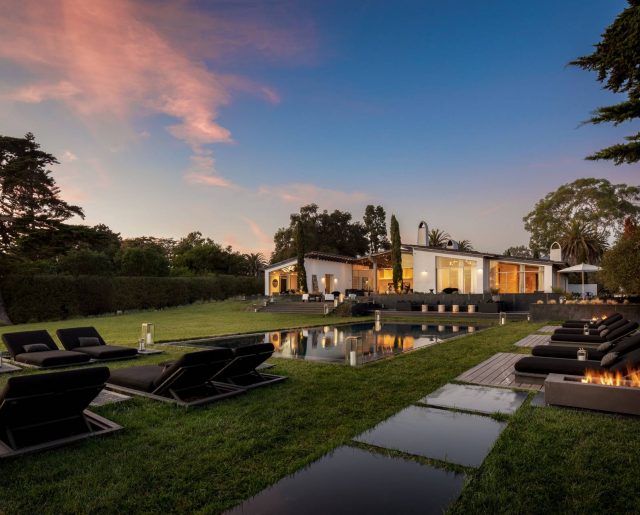 Hollywood’s Original Architect To the Stars!

One of the first architects for the Hollywood stars was Wallace Neff, who designed a number of Southern California’s most...Read More