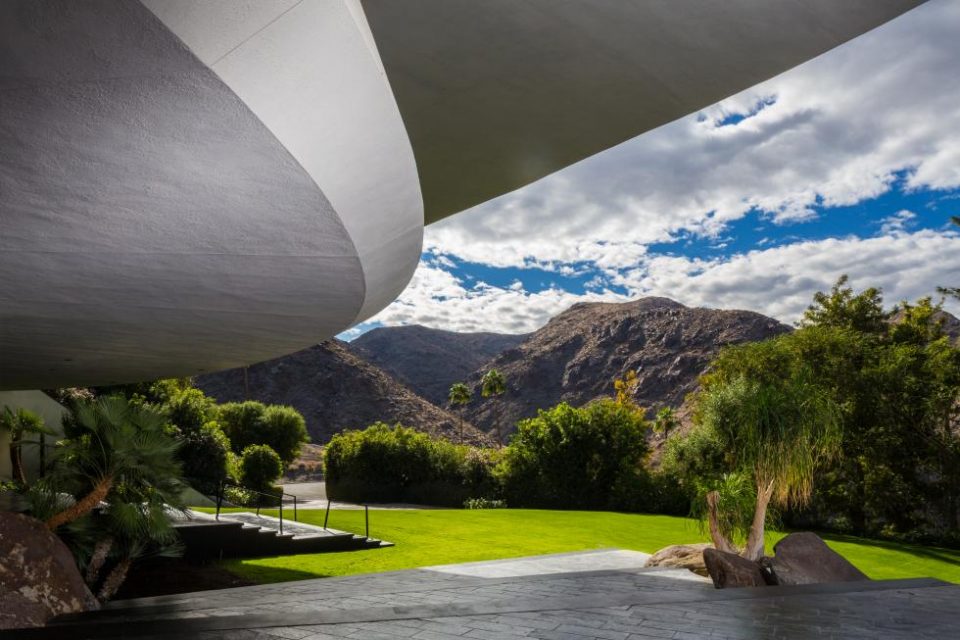 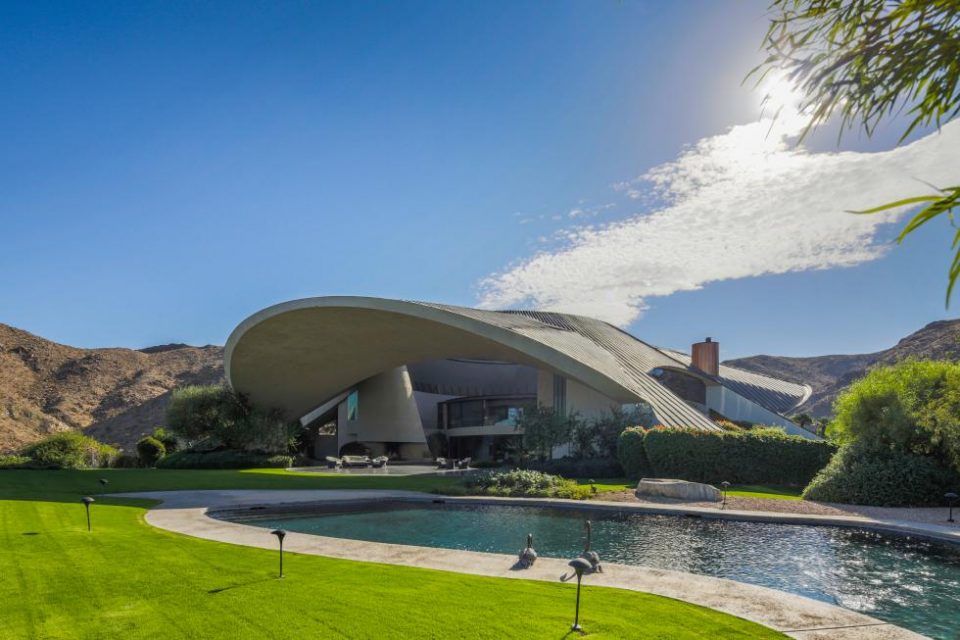 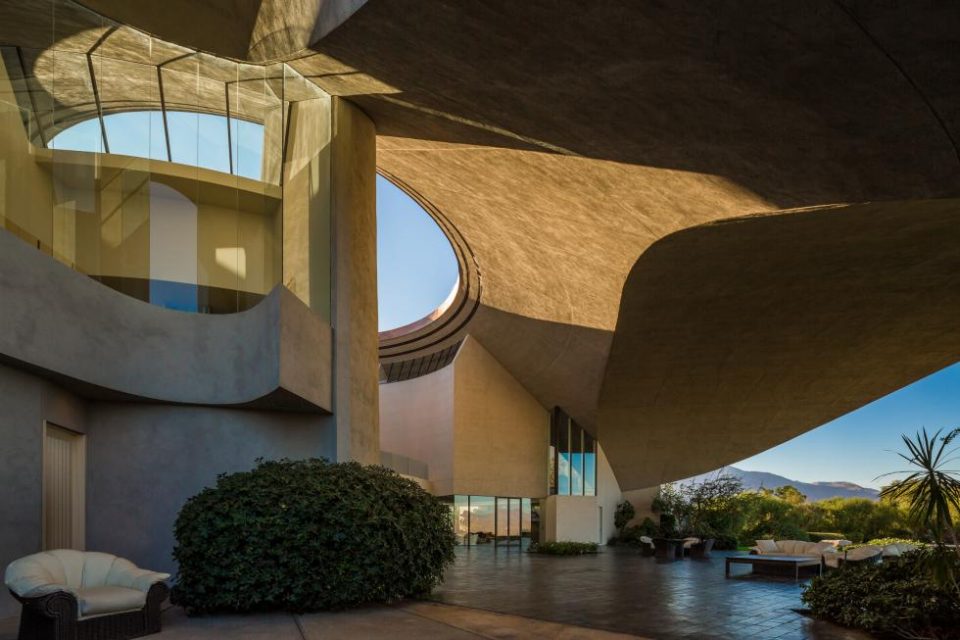 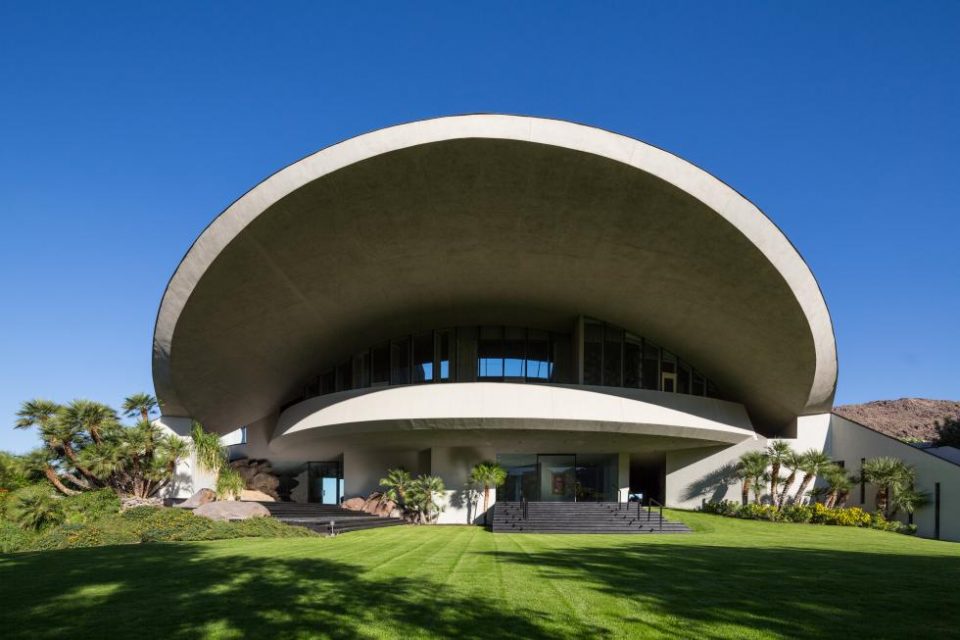 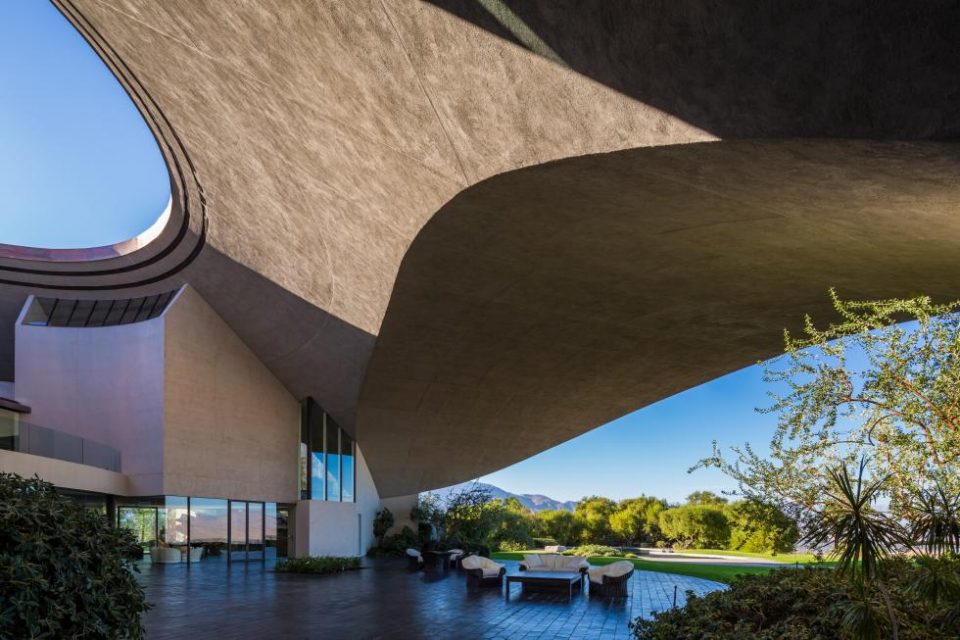 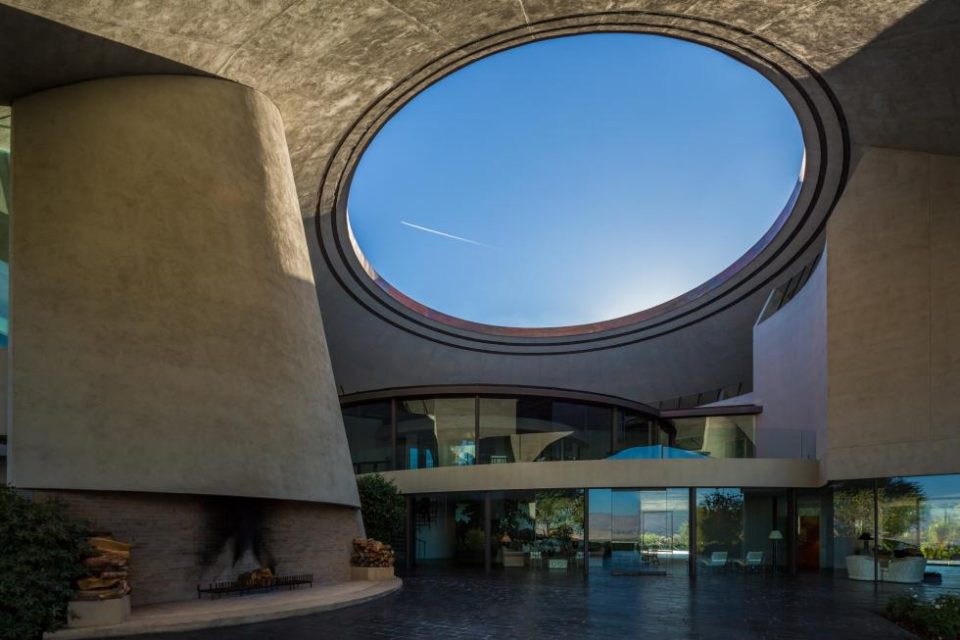 Celebrities have been attracted to Palm Springs, California since the early 1900s. By the 1930s there were neighborhoods with so many celebrities, they were referred to as the Movie Colony neighborhoods. Quickly developing into a resort town, they were drawn by the dry heat and insulation from the press. By 1973, Bob and Dolores Hope asked John Lautner to design their dream home there and he created a massive home referred to as the volcano or spaceship house. But by the time the house was completed, Dolores had made so many changes to Lautner’s original plans that he no longer claimed it, even though it was the largest private residence he ever designed.

At 23,000 square feet under the dramatic high undulating roof, it has open spaces in the walls and ceiling which allow daylight - or stars to shine through, casting shapely shadows into the interior. The curved openings also allow for stunning views across the landscape and mountains, while appearing to be nestled comfortably into its desert landscaping and outdoor living areas. The house also has a spa with greenhouse wall, 6 bedrooms, 13 bathrooms, indoor and outdoor pools, a pond, putting greens, and a tennis court. Originally listed in 2013 at $50 million, it has experienced price cuts to $34 million and to $25 million which has gone unchanged for the last year, still looking for that special buyer. 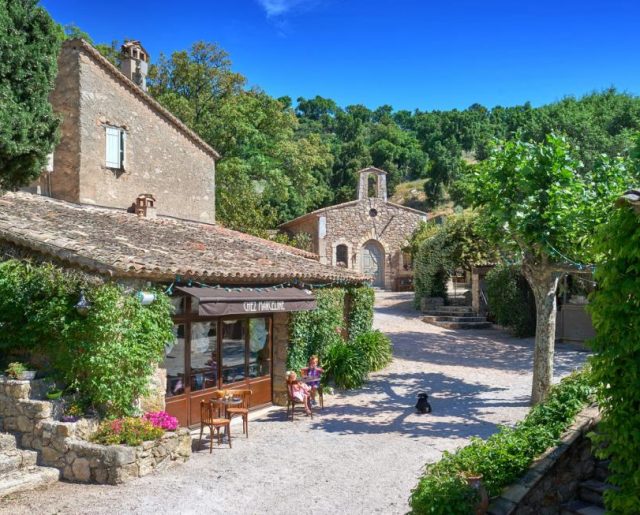 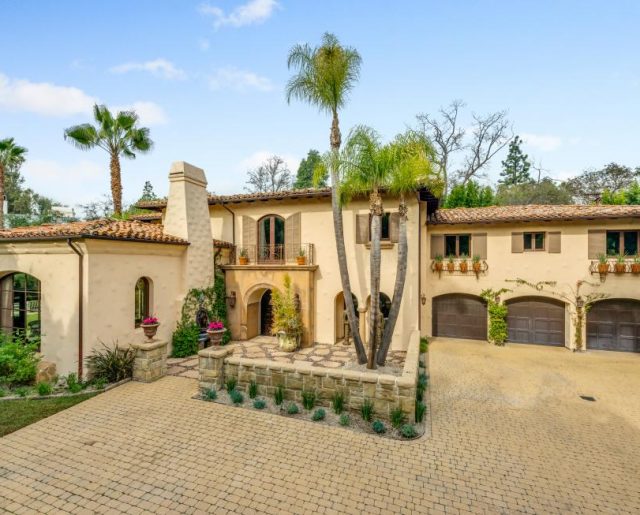