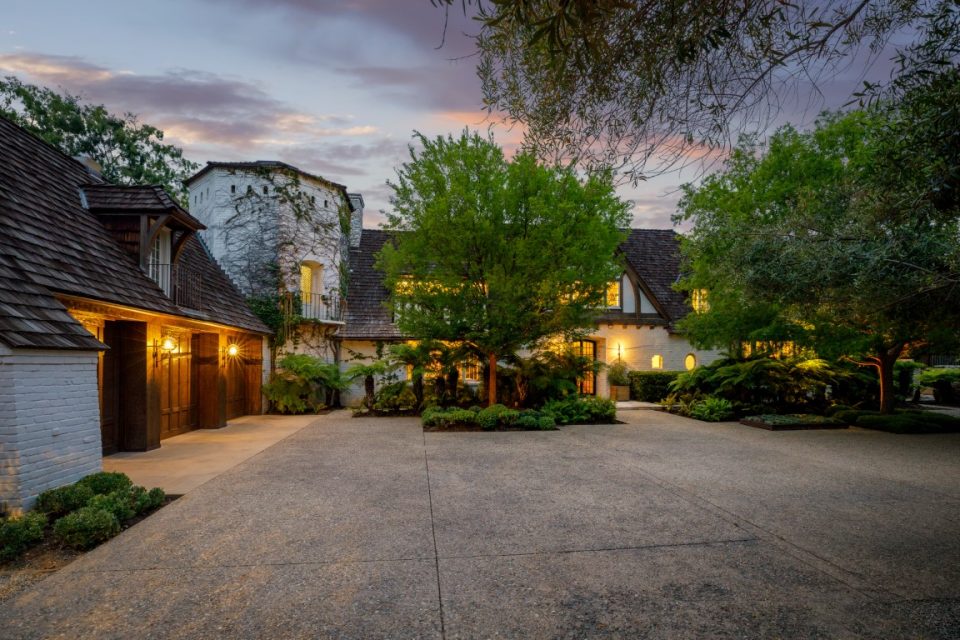 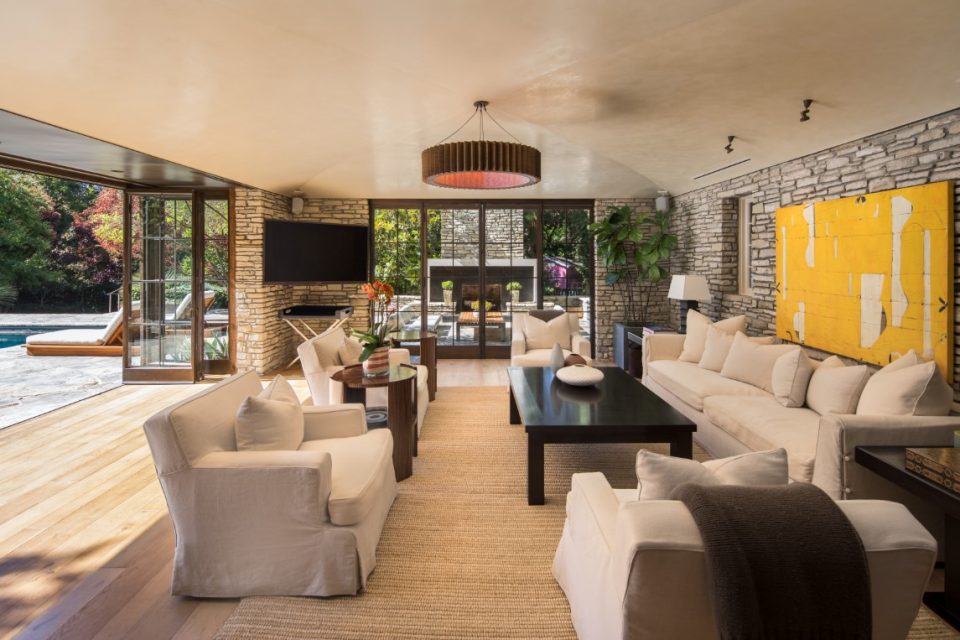 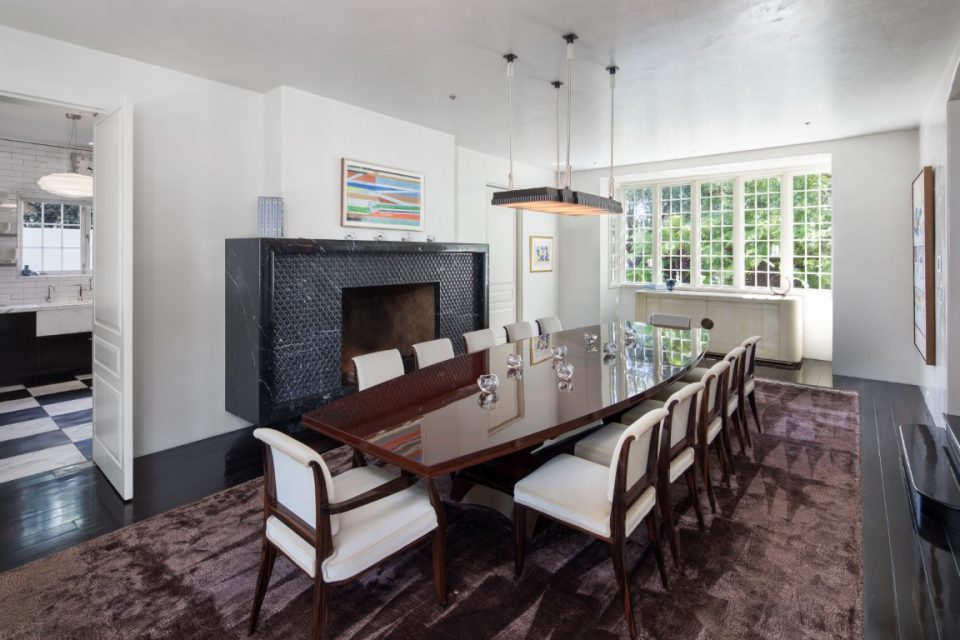 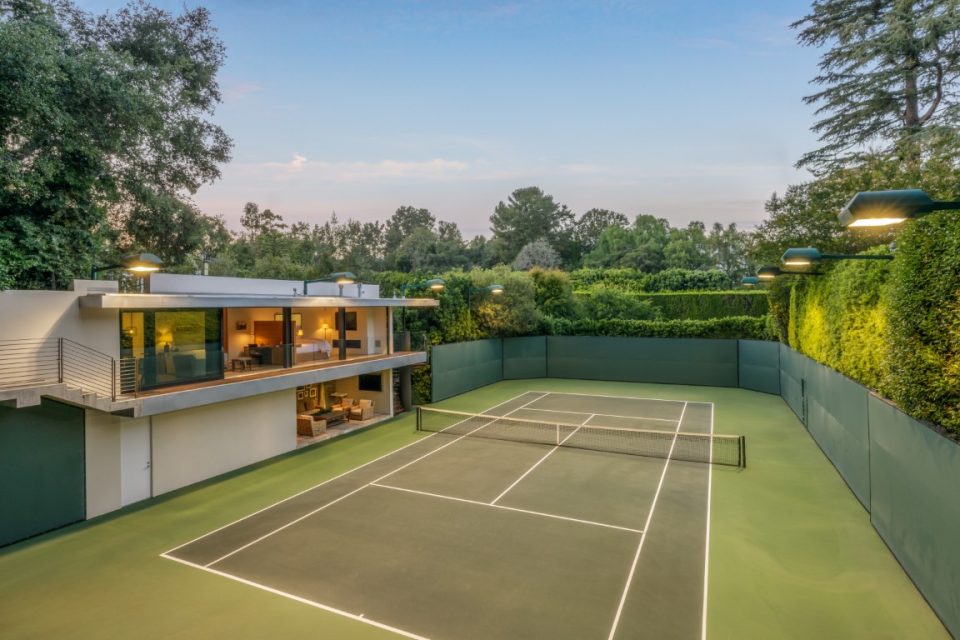 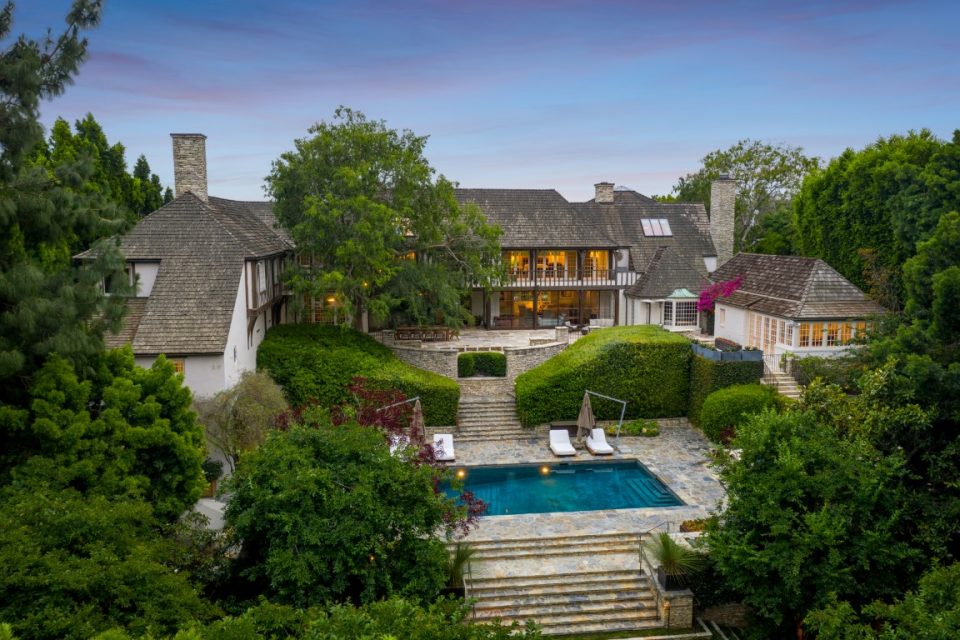 Few things are worth staying in an inconvenient marriage to hold on to, but in the case of a classic Beverly Hills mansion once owned by Jennifer Aniston and Brad Pitt, the breakup might have deserved a second thought. The A-list couple owned the home from 2001 to 2006 and it is once again on the market priced at $44.5 million.

One of Southern California’s most romantic homes, the French Normandy Revival-style estate includes canyon views, dreamy hedged landscaping and lighted pool, meandering stoned courtyard and patios, multiple fireplaces including the bedroom, more fireplaces in the dining room and bar, outdoor living room and an outdoor bedroom over the tennis court. It was going to be their forever love nest when Jennifer and Brad bought it soon after their Malibu marriage. The supercouple immediately started a three-year renovation replacing the kitchen floor with heated marble, designing and installing a pub with floors sourced from a 200-year-old French château and adding a private screening room. They also added a tennis court and pavilion with guest house on the upper level. In January of 2005, their separation was announced and the home sold in 2006 to a hedge fund executive who completed the renovation and added some features of his own.

The 11,173-square-foot home is nestled into a bit over an acre on a quiet cul-de-sac with gated entrances on two streets, five bedrooms and thirteen baths between the main house and a one-bedroom guest house. Formal rooms are large with the dining room capable of seating 20 guests and the bar room with its original fireplace, eat-in gourmet kitchen and gym. The lower-level living room and bar opens to the swimming pool terrace. Grounds are tropical and thickly and privately planted with mature greenery. The home was originally built in 1934 for actor Fredric March, one of the first movie star mansions in Beverly Hills. March was as big a star in his day as Aniston and Pitt are today whose 52-year career totalled over one hundred films including classics such as The Best Years of Our Lives and Dr. Jekyll and Mr. Hyde.

The former home of Brad Pitt and Jennifer Aniston is on the market priced at $44.5 million. The listing agent is Susan Smith of Hilton & Hyland, Beverly Hills. 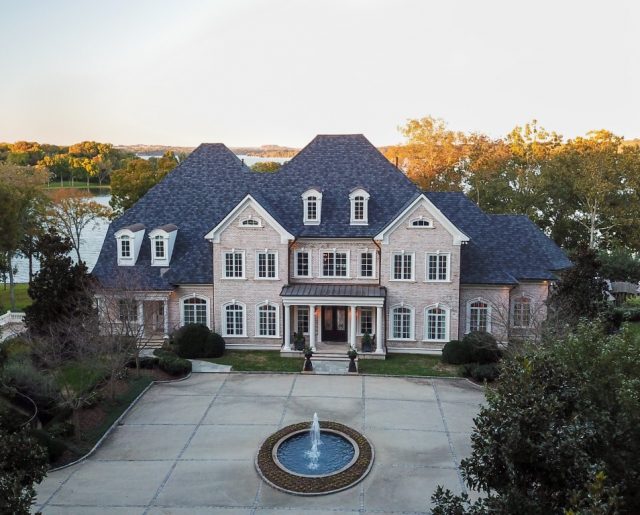 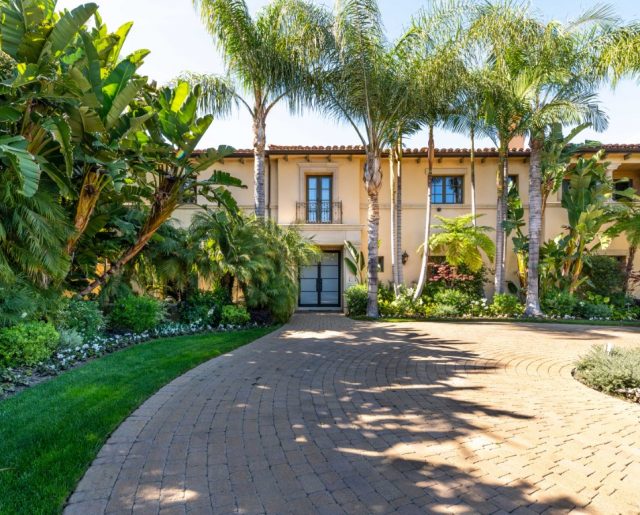 Since The Big Bang Theory came to a close in May, Kaley Cuoco and her husband, equestrian Karl Cook, are...Read More