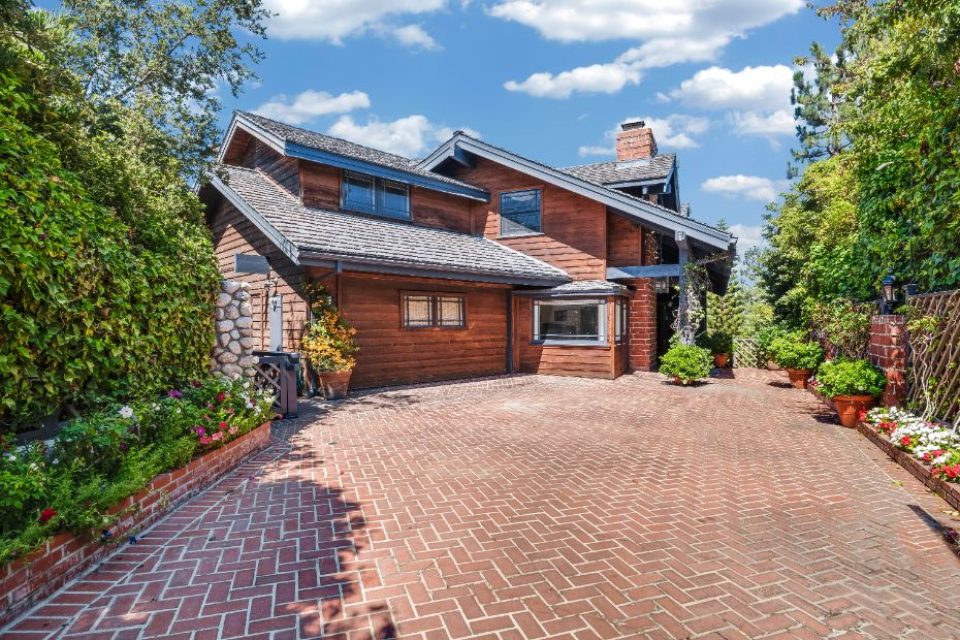 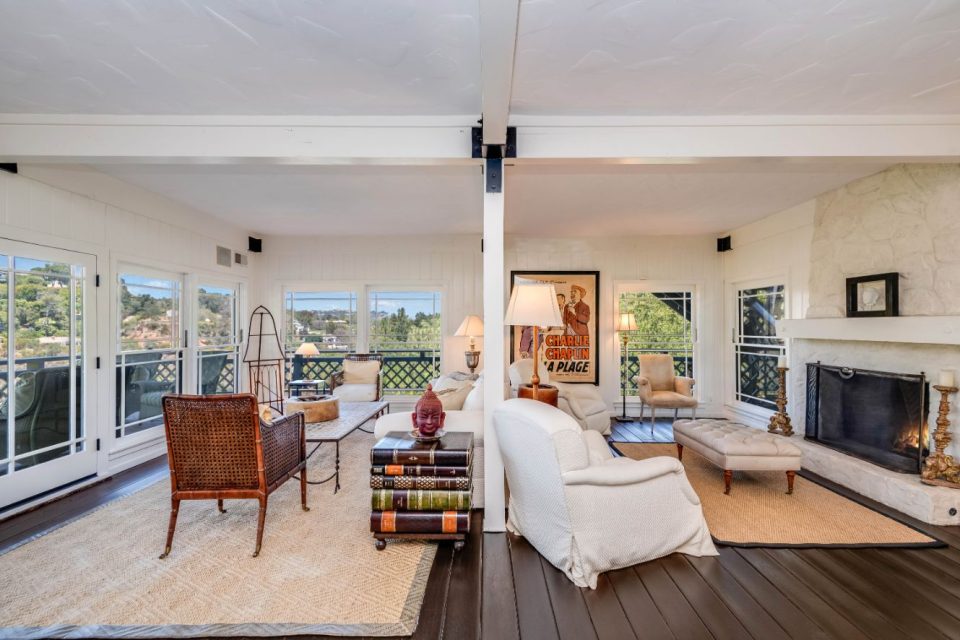 The sitting room includes a fireplace. 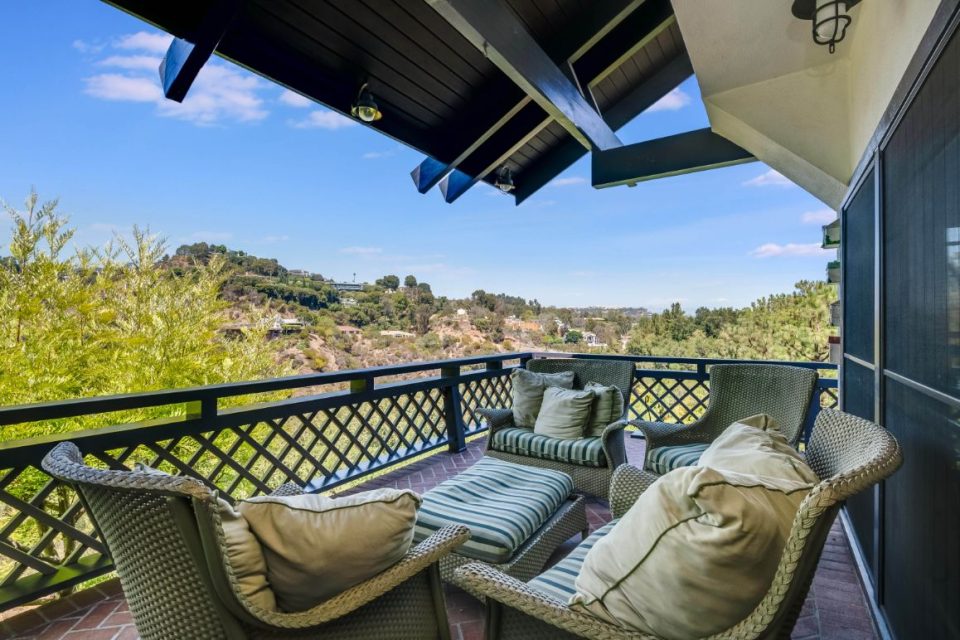 The outdoor deck has excellent views. 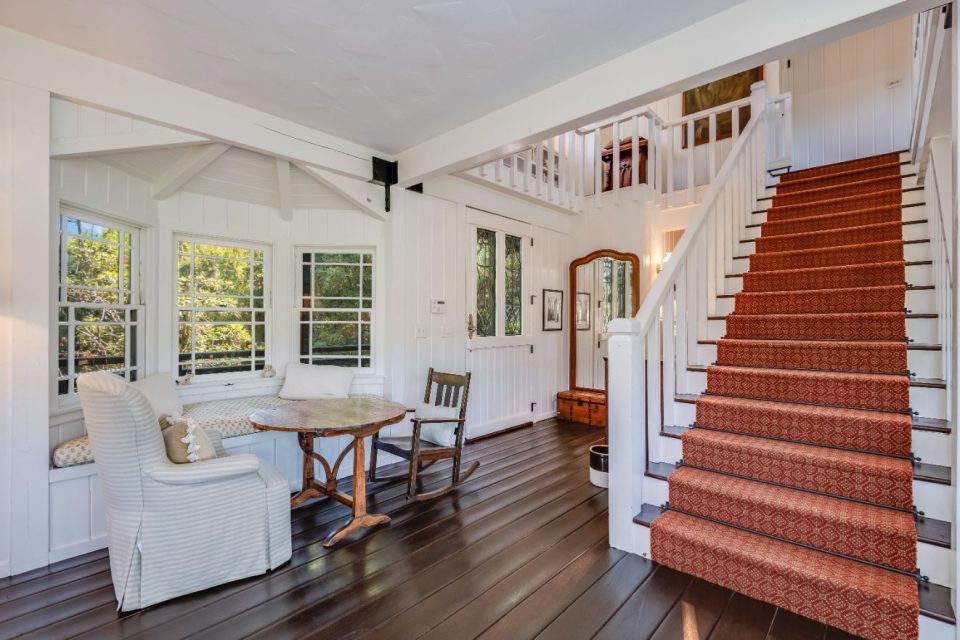 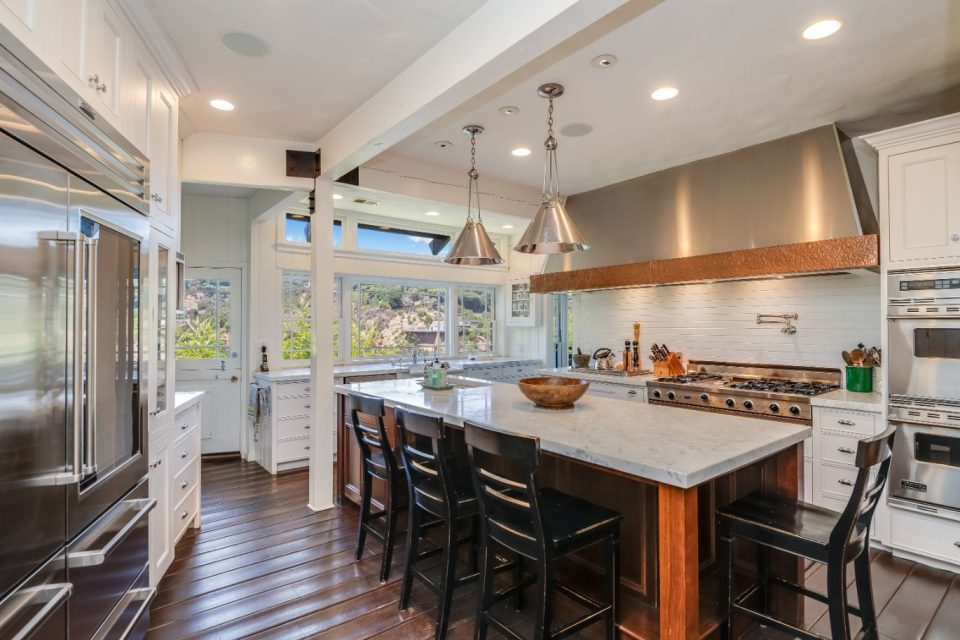 The kitchen features a marble-topped island. 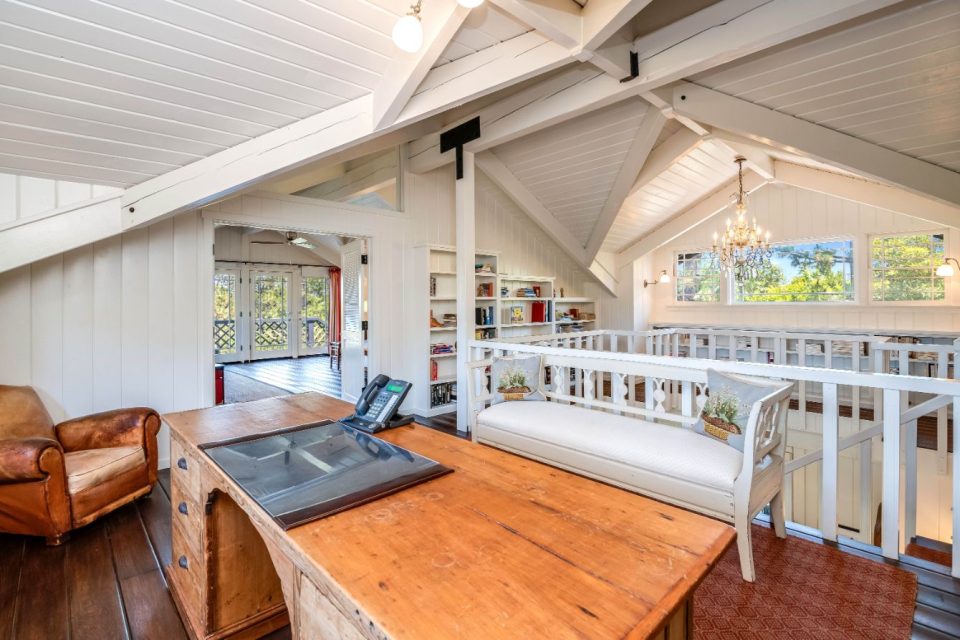 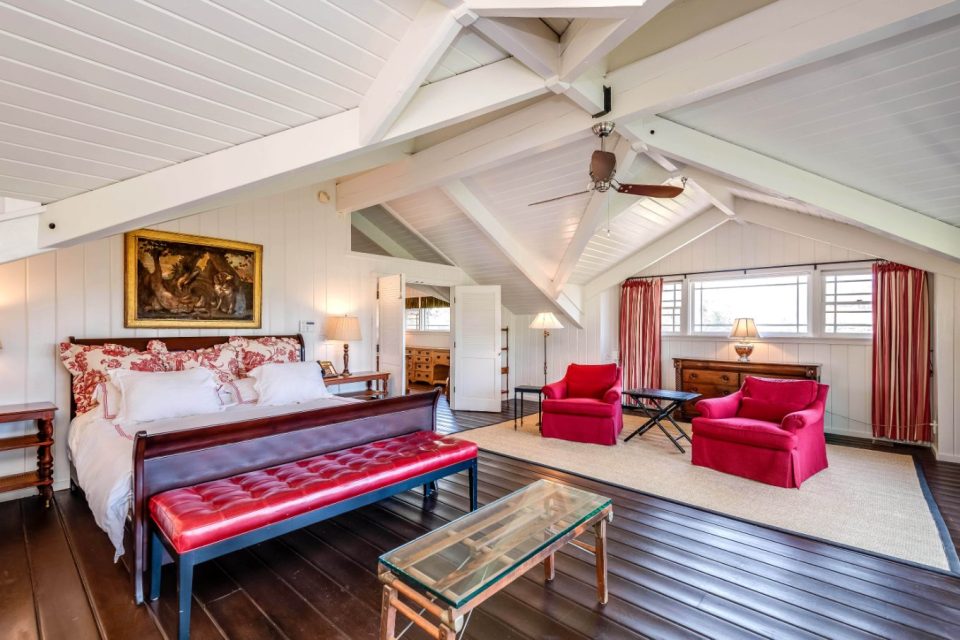 The master suite takes up the top floor for a penthouse-like experience. 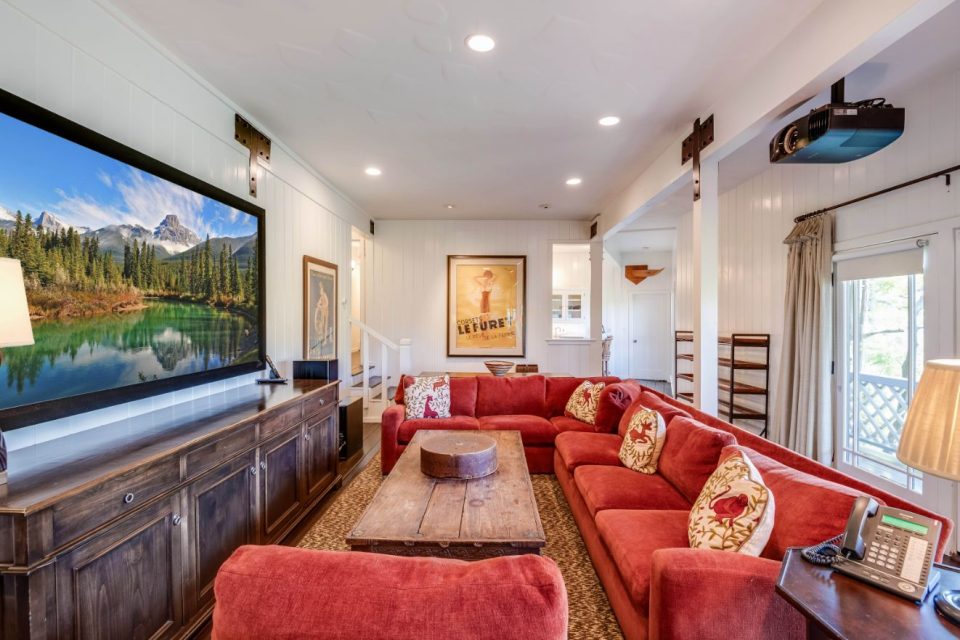 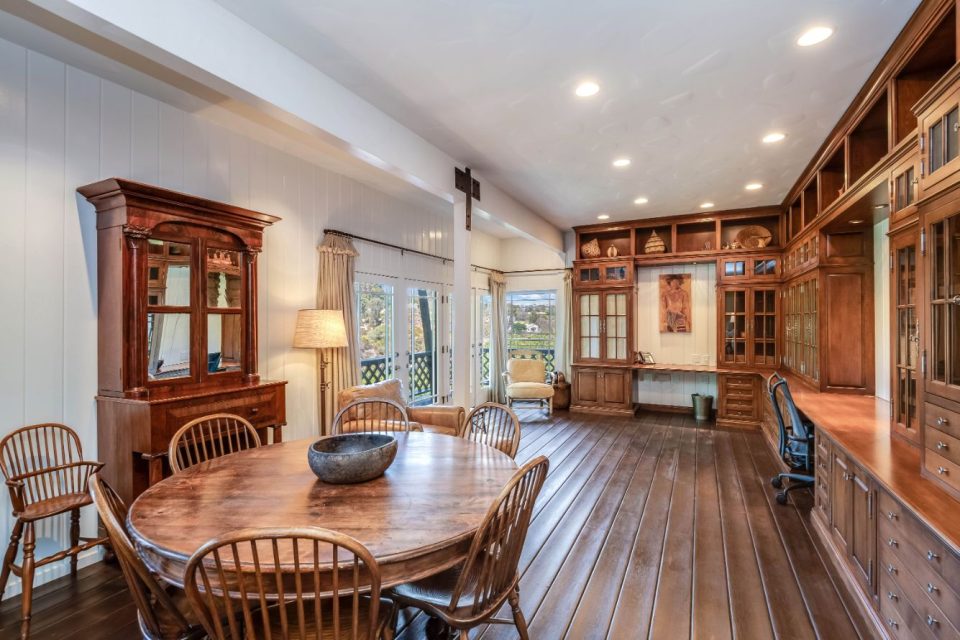 The dining room is connected to the chef's kitchen. 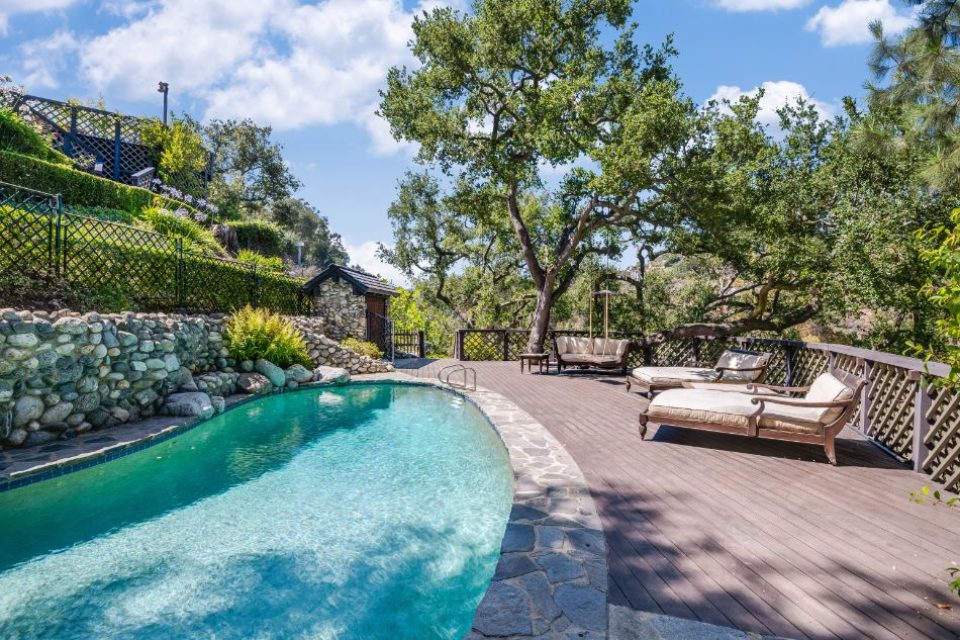 A terraced path leads down to the waterfall pool and spa.

Model/actress Brooke Shields began her career at just 11 months old, starring in an Ivory Soap commercial. She first came to national prominence with her role as a child prostitute in the controversial film Pretty Baby. In 1980, she became the youngest model to appear on the cover of Vogue and helped rocket Calvin Klein to super-designer status with her provocative ads for his namesake jeans. After taking a break from the spotlight to attend Princeton University, Shields returned to Hollywood, starring in such films as The Blue Lagoon and Endless Love, as well as numerous TV show appearances and several roles on Broadway. A native of Manhattan, she resides mostly in New York, where she and her husband, TV writer Chris Henchy, keep a townhouse in the West Village and a vacation getaway in The Hamptons. For many years, she also kept a Pacific Palisades home where she lived with her former husband, tennis star Andre Agassi, as a rental property. Some of its tenants included Ben Affleck and Jennifer Garner, who rented the home while their own nearby mansion was undergoing renovations. Shields has now sold the residence for $7.4 million to actor Sam Page, best known for his work for the Hallmark Channel.

A brick motor court and charming porch welcome guests to the double-height foyer, connected to the massive living room that features a fireplace and a wraparound terrace. The chef’s kitchen connects to the formal dining room and includes a marble-topped island, top-of-the-line appliances, and more exquisite views. The master suite takes up the full top floor for a penthouse-like experience. The massive suite includes a fireplace in both bedroom and bathroom, an office/study, a deck with views of the Getty Center, a sitting room, a soaking tub and marble-steam shower, plus a walk-in closet and dressing room fit for a supermodel.

The home’s bottom floor includes four additional bedrooms plus a range of amenities including a wet bar, game room, and a media lounge. A terraced path leads down to the beautifully turned-out waterfall pool and spa, complete with a wooden sundeck and mature shade trees. The home’s location offers access to Pacific Palisades’ numerous parks and hiking trails, its vibrant business district, and the famous California coastline, just a short drive from LAX, The Getty Center, UCLA, and everything the Westside has to offer.

Pacific Palisades is a secluded neighborhood on LA’s Westside, consisting of a strip of prime surf beach known as “Pali” and the rolling hills above it. Founded by Methodists in the roaring twenties, it became a refuge for Jews fleeing World War II, earning it the nickname “Weimar by the Sea.” A close-knit community with a small-town feel, it is rarely visited by tourists and has in more recent history become a haven for celebrities. Though Brooke Shields is no longer a resident, some of her former home’s neighbors include Steven Spielberg, Tom Hanks and Rita Wilson, Whoopi Goldberg, and Dennis Quaid.

The property was listed with Jade Mills and Albert Sousa of Coldwell Banker Realty. 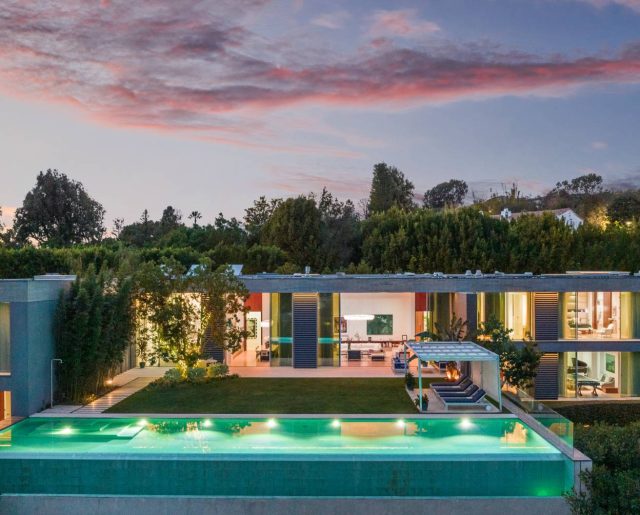