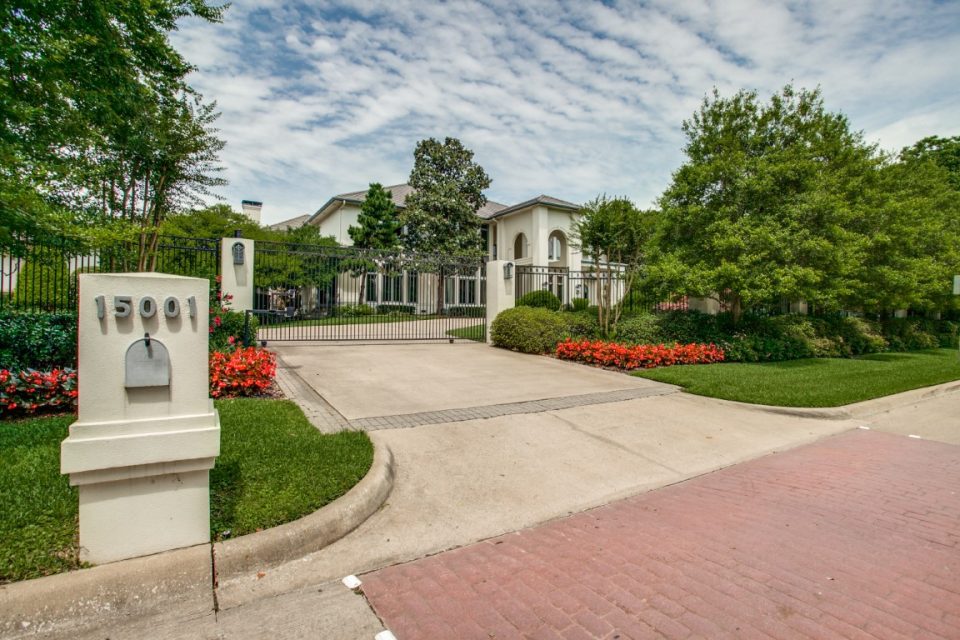 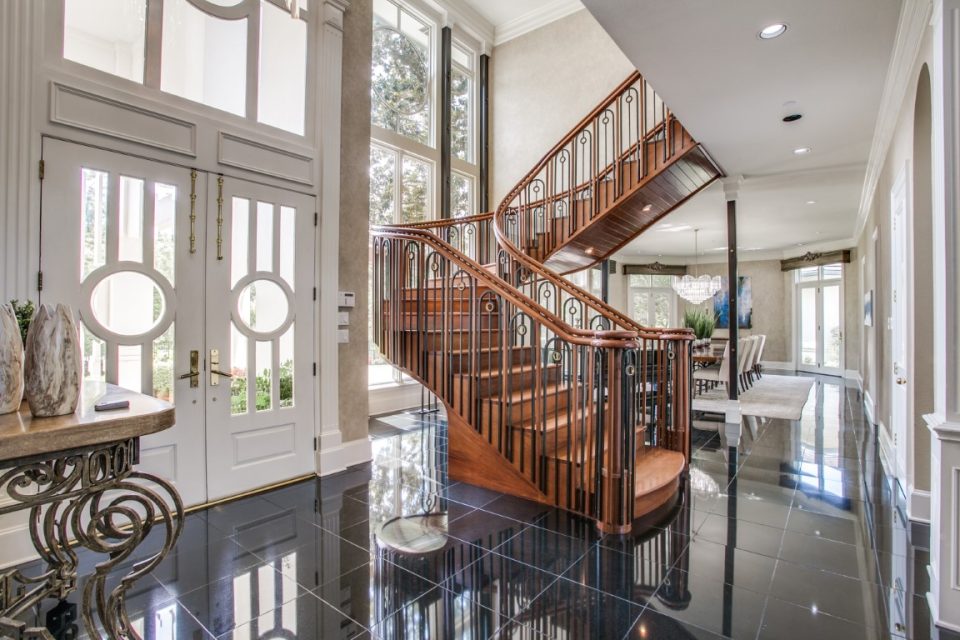 The two-story foyer is impressive with a unique wood-and-wrought-iron-suspended staircase. 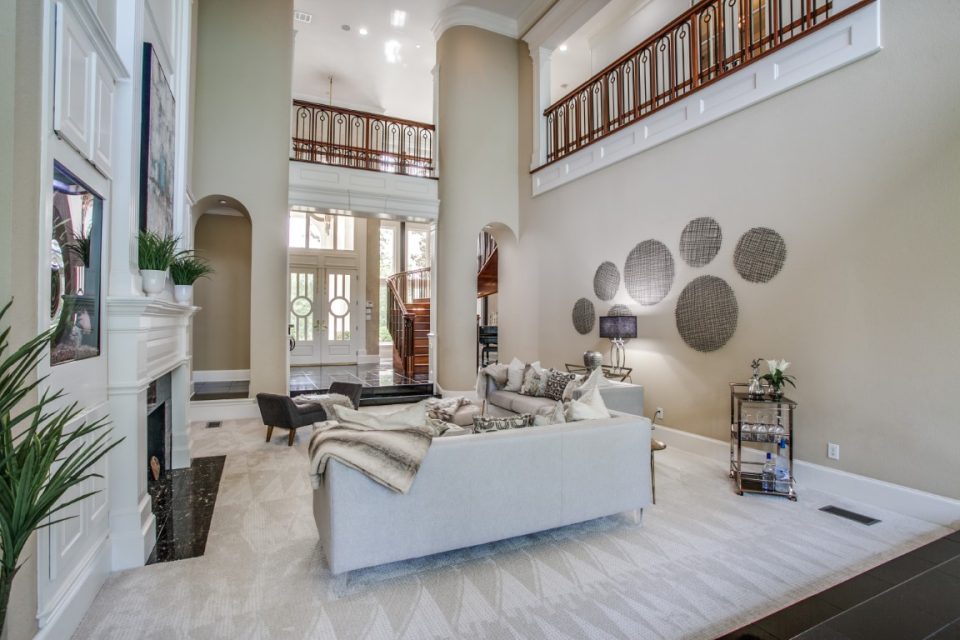 All rooms are Texas big. 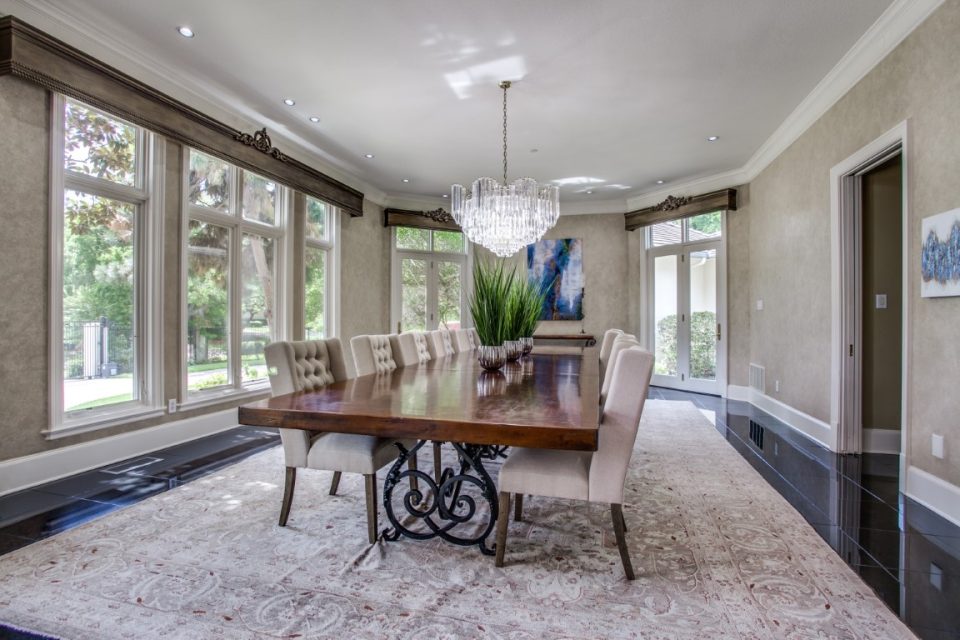 The formal dining room is sized to seat over 20 guests. 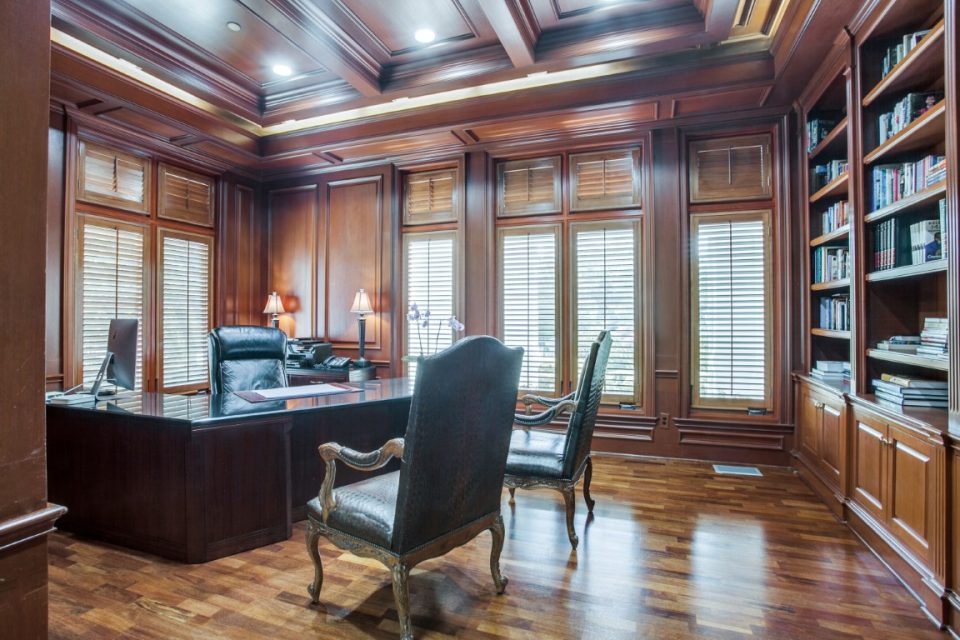 There are his and hers offices with his having paneled walls and wood coffered ceilings. 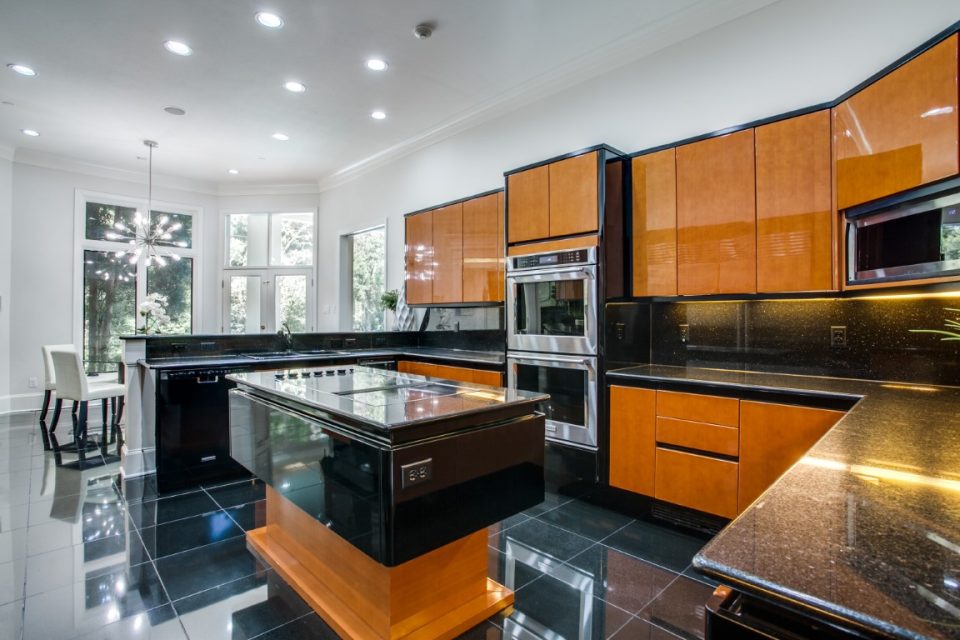 The large kitchen has a unique island. 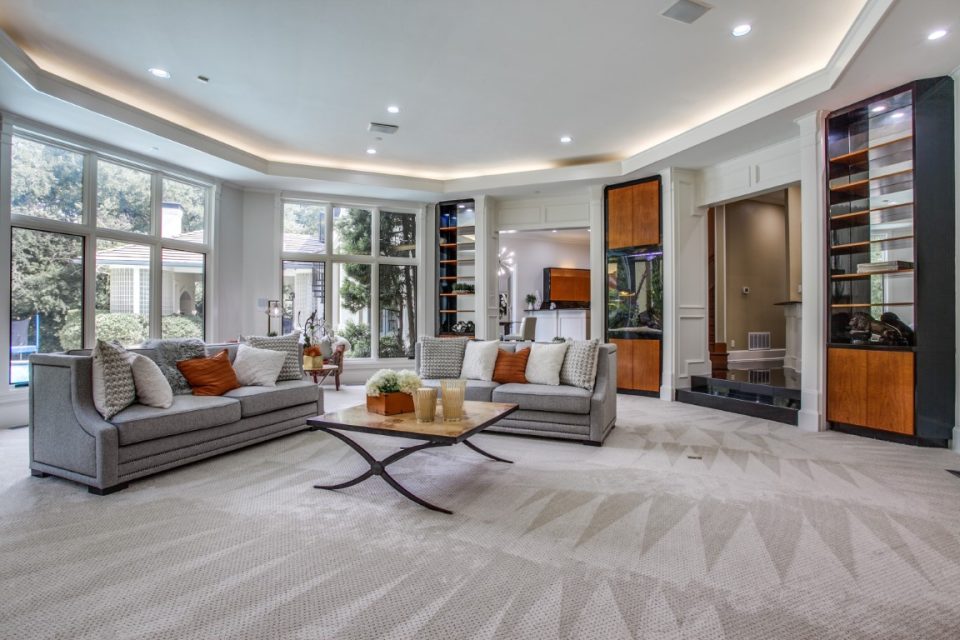 The family room is a good place to kick back and watch a game. 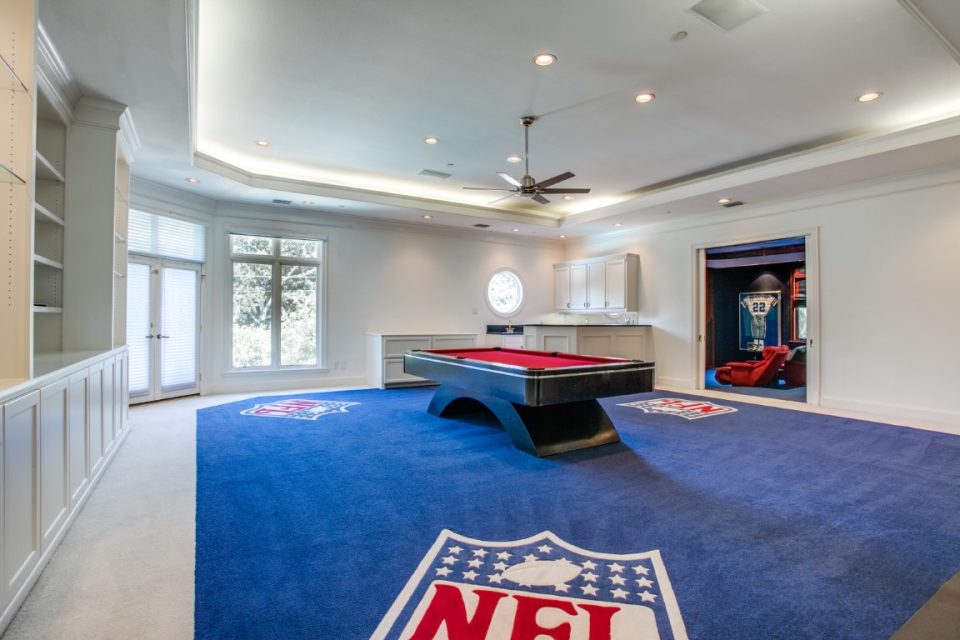 The game room so large an entire Cowboys victory party could be held there. 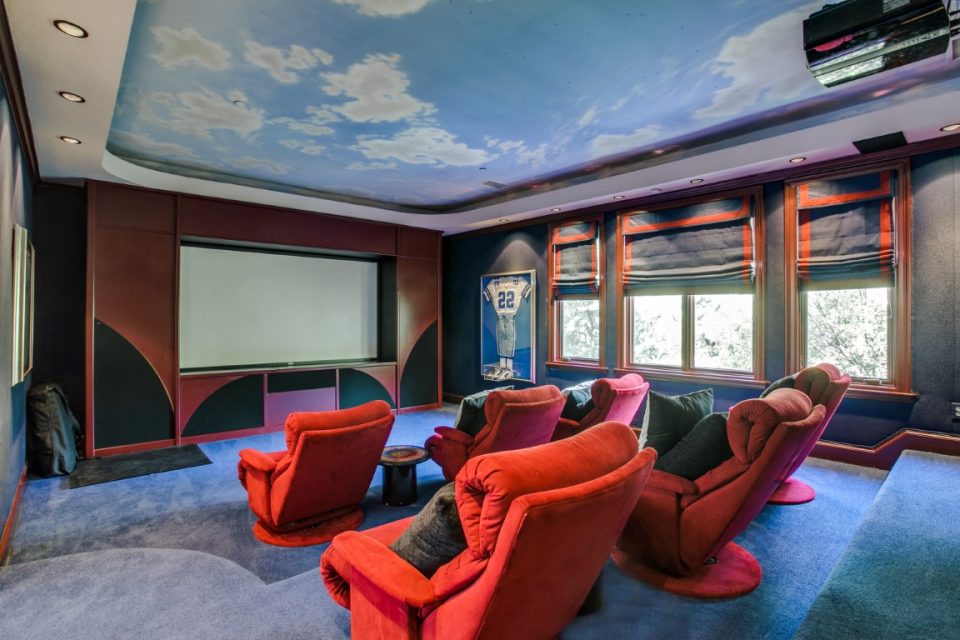 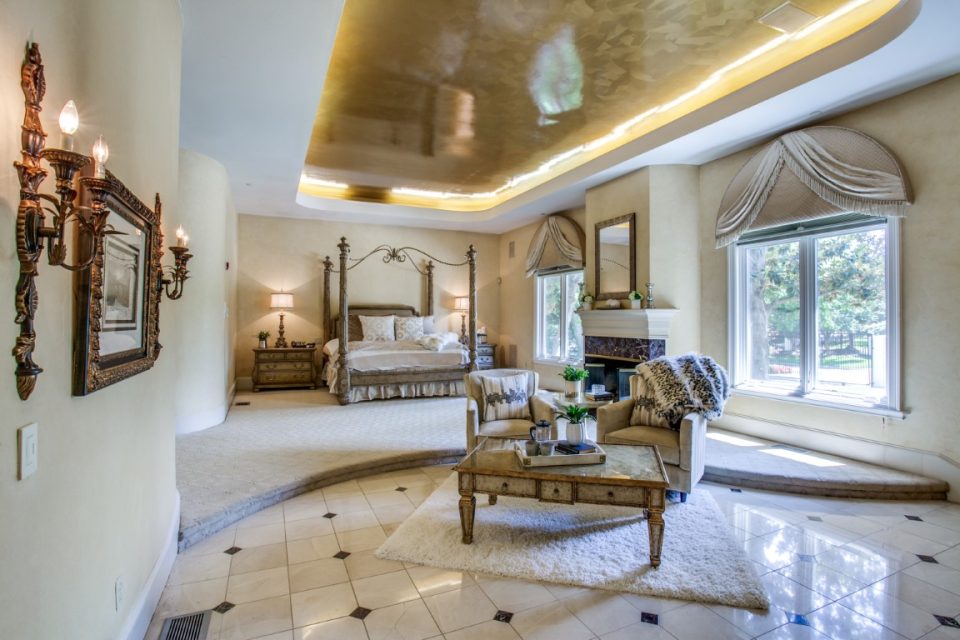 The main master suite is expansive with a seating area. 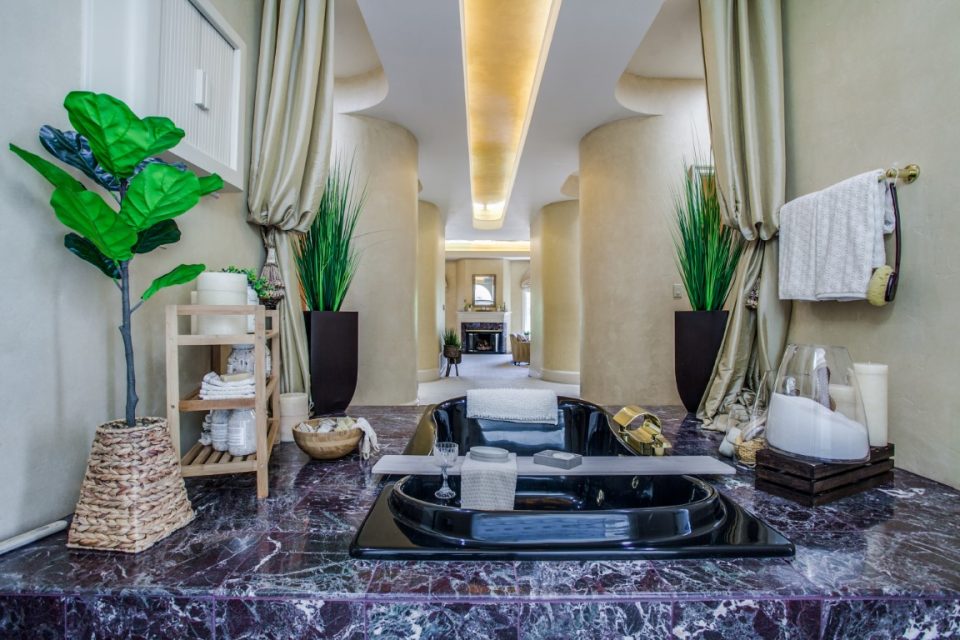 The master bath has every luxury. 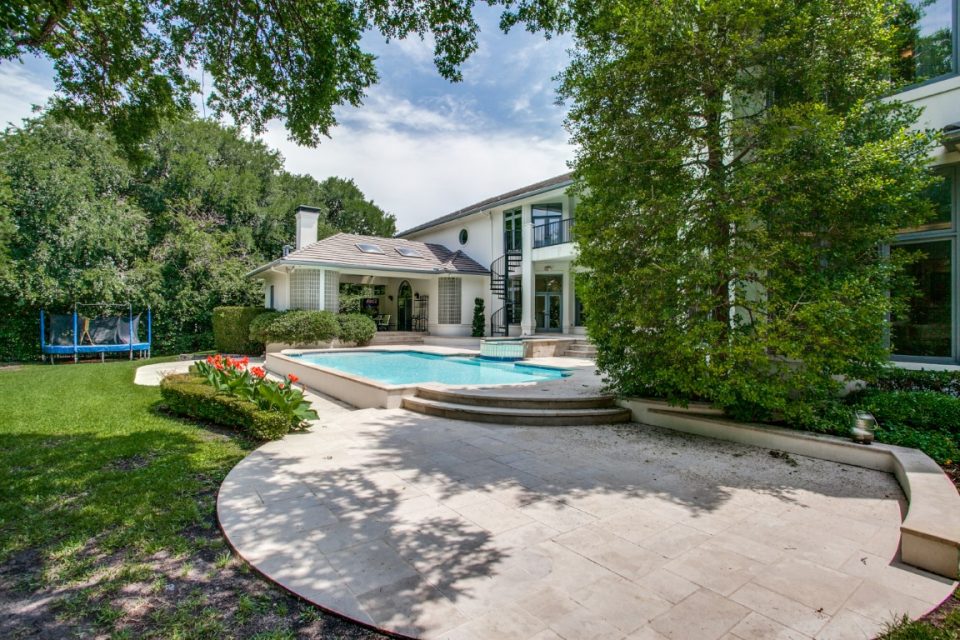 The pool area is a perfect spot to enjoy the warm Texas sunshine. 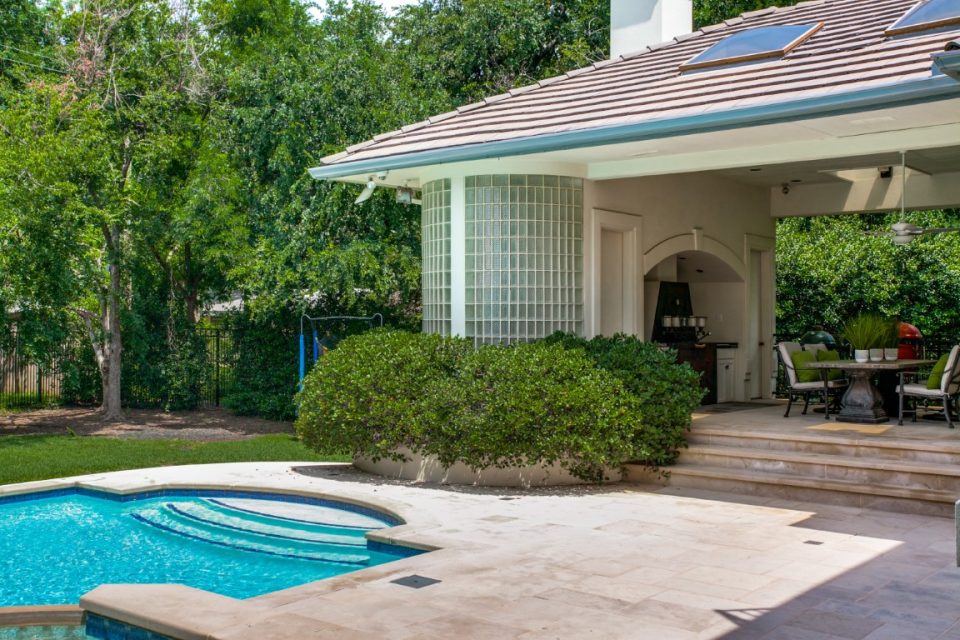 The covered outdoor kitchen and dining area overlooks the pool.

Serious football fans have been presented with a rather unique encouragement to buy a house: a dinner date with NFL Hall of Famer, longtime Dallas Cowboys player and Dancing with the Stars season-three winner, Emmitt Smith!  And he has priced his home in honor of his former Cowboys # 22, listed at $2.2 million.

In addition to dinner, the buyer of this well-located Dallas stunner, which was built for Smith in 1995, will own a 10,806-square-foot home next door to a large wooded park and lake with private access. Family and guests enter through a gated drive and, should there be inclement weather, can exit their car under a portico. The grand entrance, two-story foyer is impressive with a unique wood-and-wrought-iron-suspended staircase and size large enough to allow a grand piano.

Throughout the house, all rooms are Texas big, including the spacious-and-airy bedrooms.  There are five bedrooms, nine baths, a cook’s kitchen with another unique feature in the island that is set on a large pedestal.  There are two offices, one with a wood-paneled-coffered ceiling.  There are also two living rooms, a media room that seats eleven, and a game room so large an entire Cowboys victory party could be held there.  There are two master suites - one on the main level and one upstairs.  The main master has a sitting area and the bath has his-and-her toilets, a multi-jet shower system, a jetted tub, three large closets and a steam room.  The upstairs master has its own fireplace. Outside is a pool/spa and covered kitchen and dining area.  There is a whole-house generator that might come in handy in the event of a Texas power failure.  For potential buyers who admire Emmitt’s furnishings as well as the house, they’re negotiable.

The NFL’s all-time leading rusher and career-rushing touchdowns, many experts consider Smith to be the best running back in NFL history.  He played for Dallas from 1990 to 2002 and then two seasons in Arizona. Three days before the 2005 Super Bowl, Smith announced his retirement and signed a new contract with the Dallas Cowboys.  He retired one day afterward so he could leave the NFL with the team he spent almost his entire career.  Smith was inducted into both the College Football Hall of Fame and the NFL Hall of Fame.

The Emmitt Smith home is listed by Arthur Greenstein of Douglas Elliman. 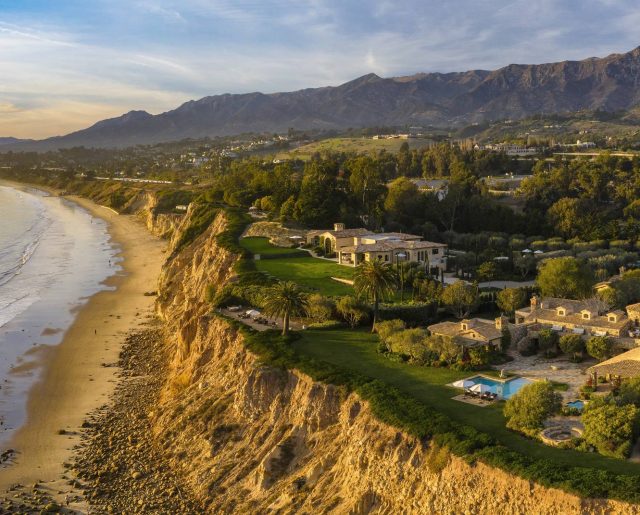 California boasts one of the United States’ most expensive real estate markets, led by the city of San Francisco with...Read More