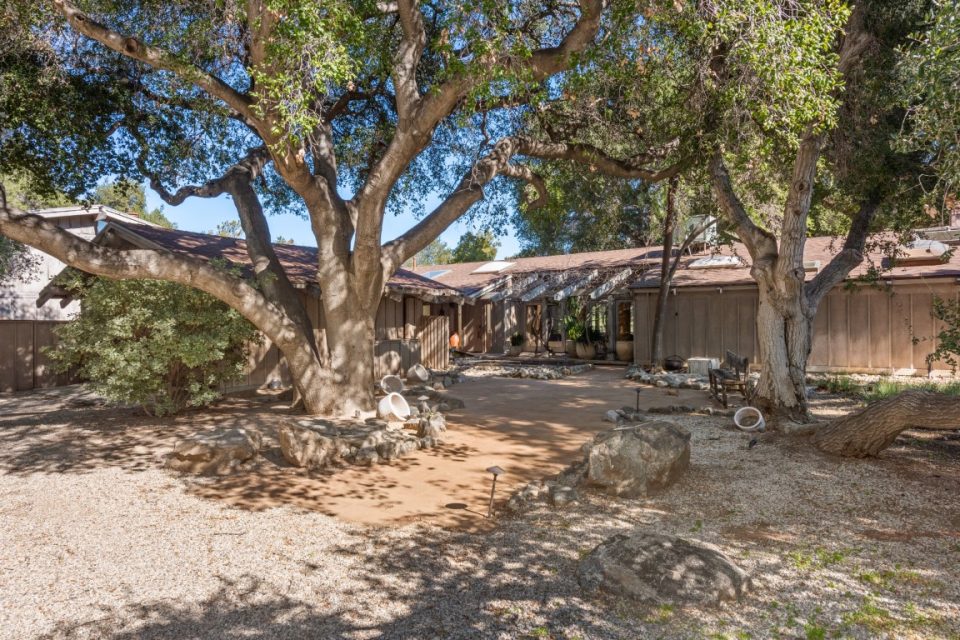 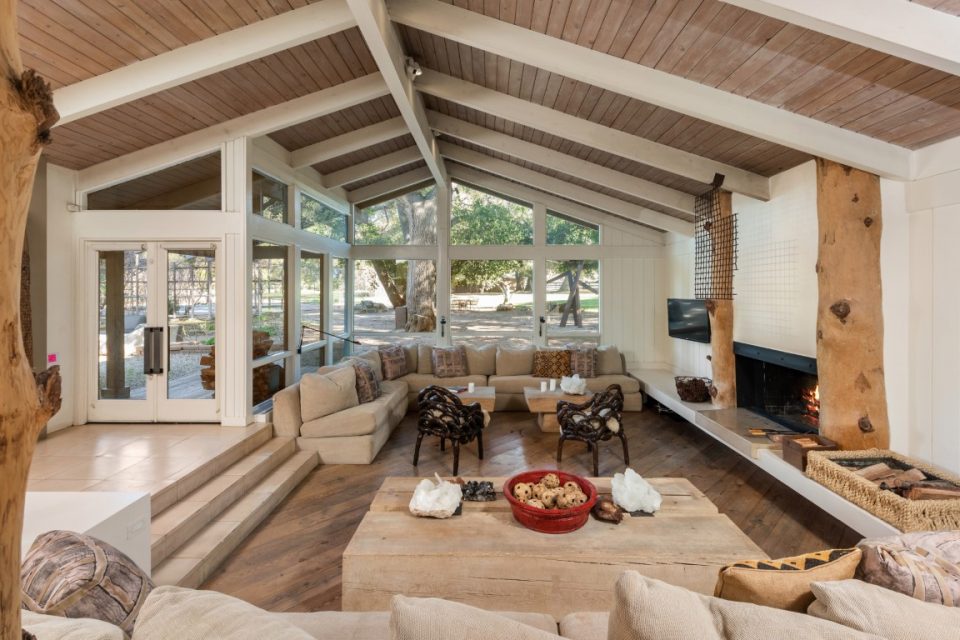 Gray added two large pine logs on either side of the fireplace to bring the outdoors in. 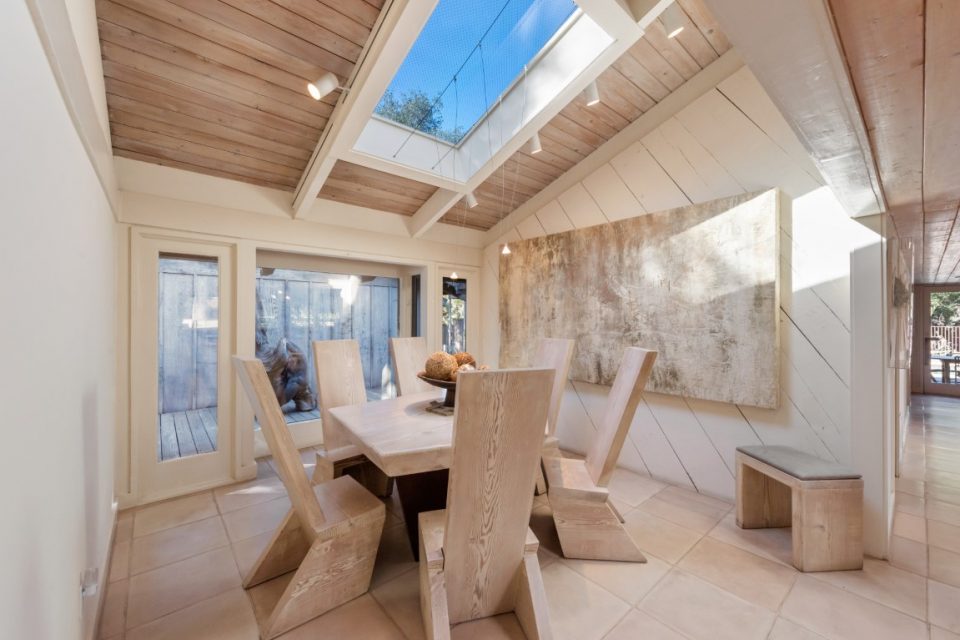 Dinner guests can see the moon and stars through the skylight that runs the length of the table. 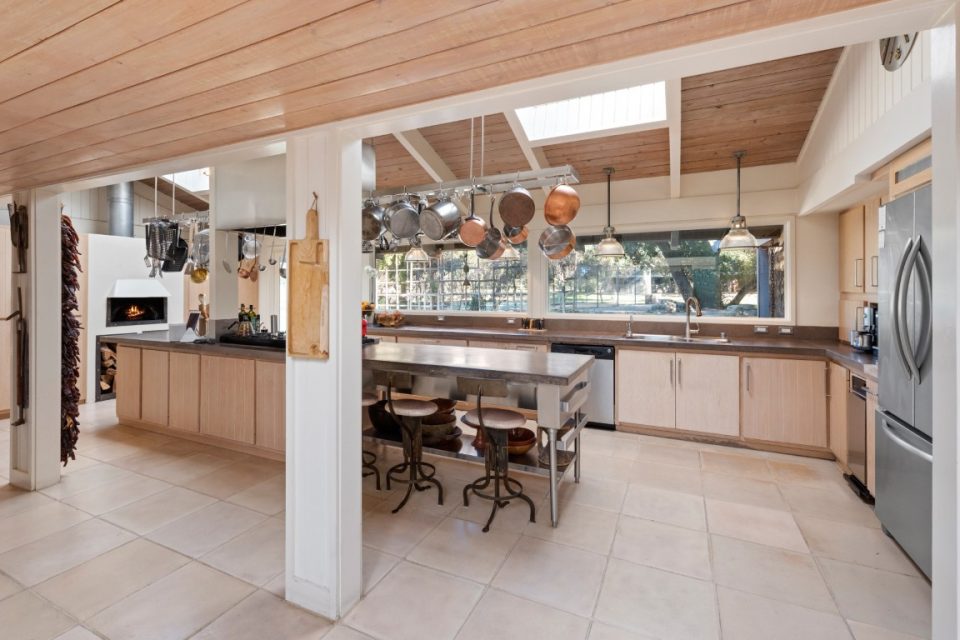 Wide views of the property and ancient oaks can be seen from the kitchen, which has its own fireplace. 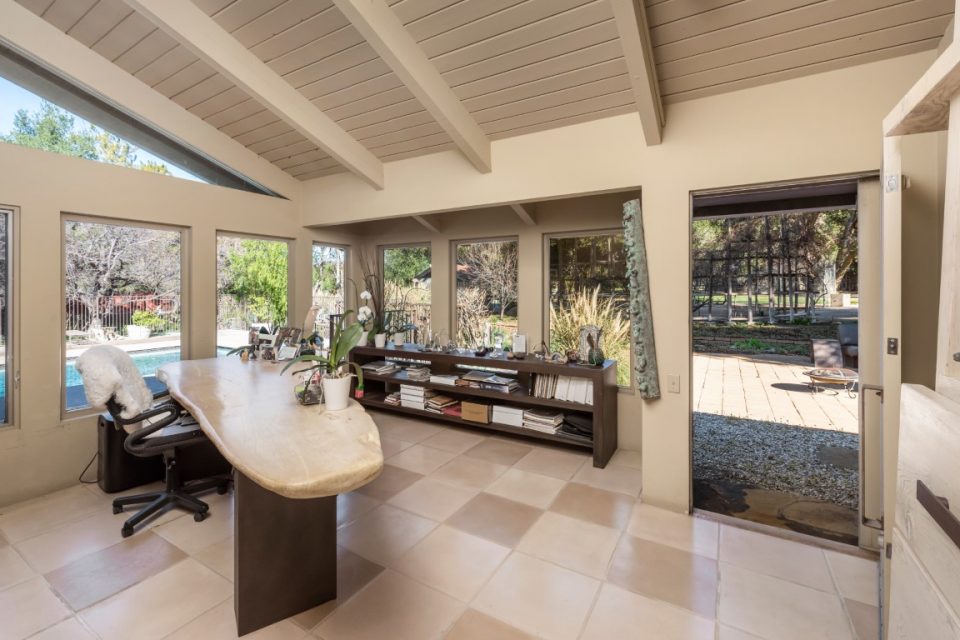 The home office is surrounded by windows overlooking the property. 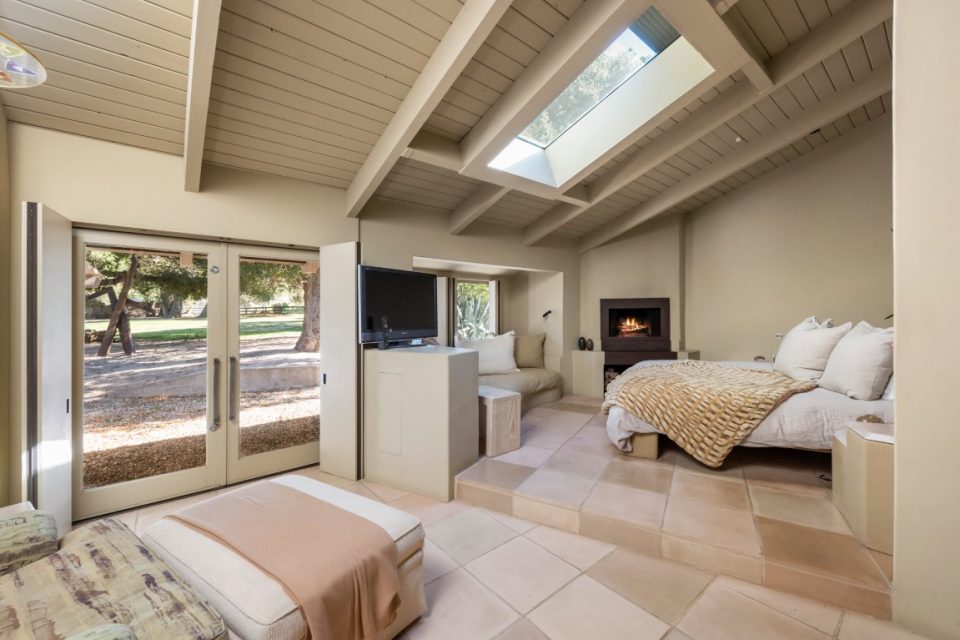 Gray made sure the fireplace was high enough to be seen from the bed. 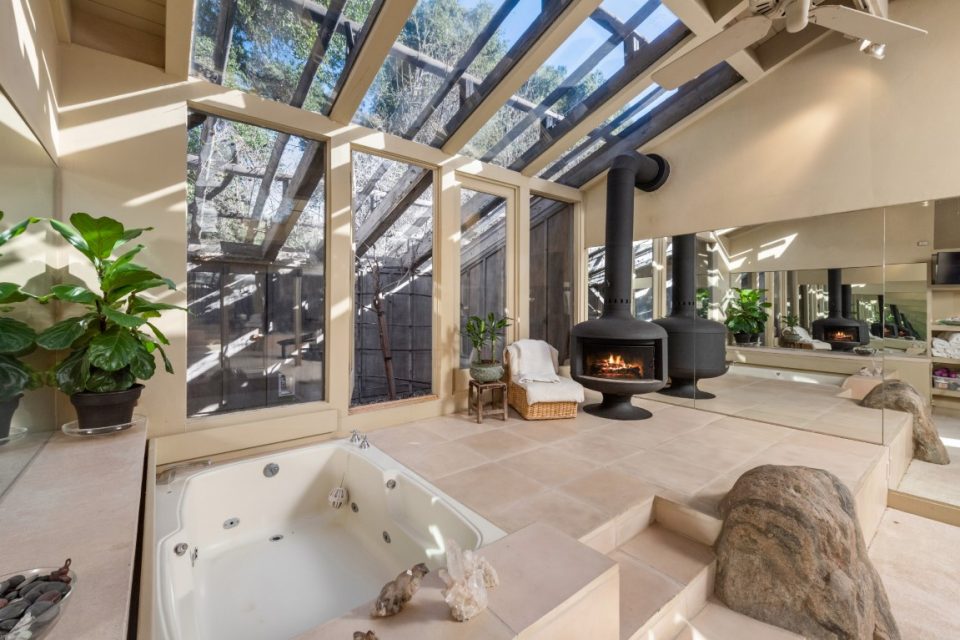 The master bath is an oasis. 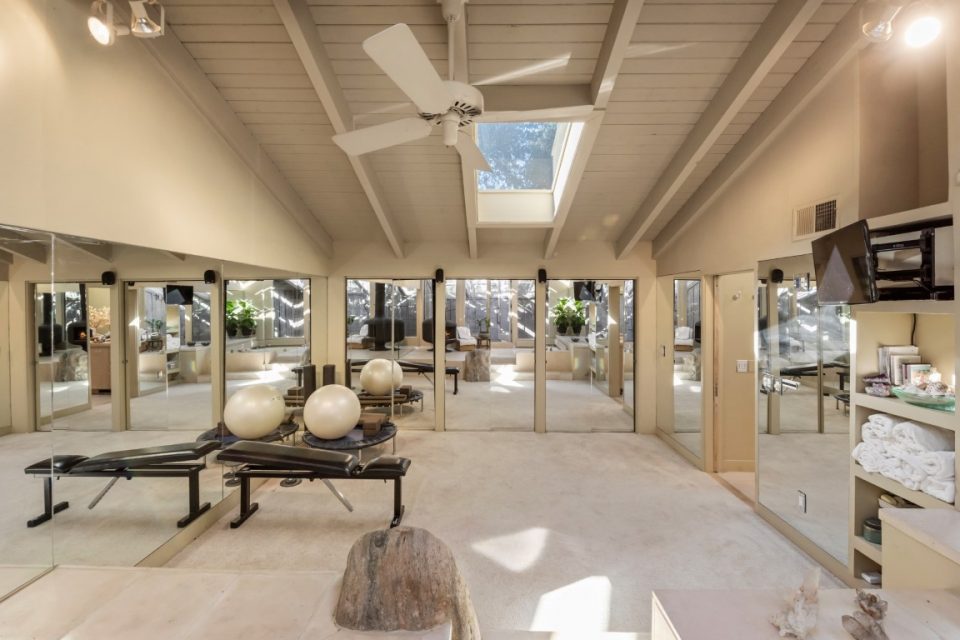 The gym is large enough to comfortably hold a number of exercise machines. 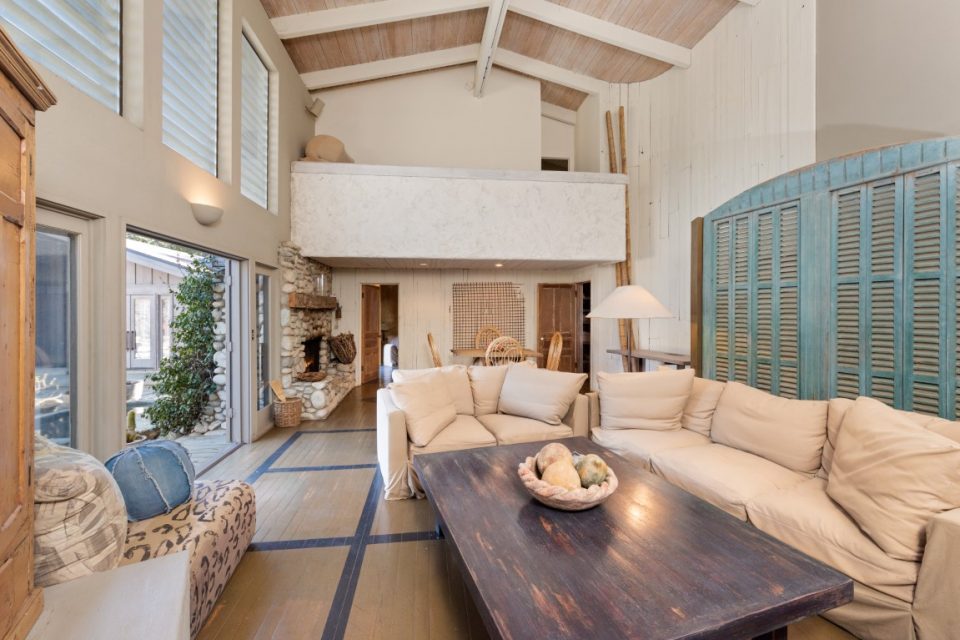 The guest house is filled with charm. 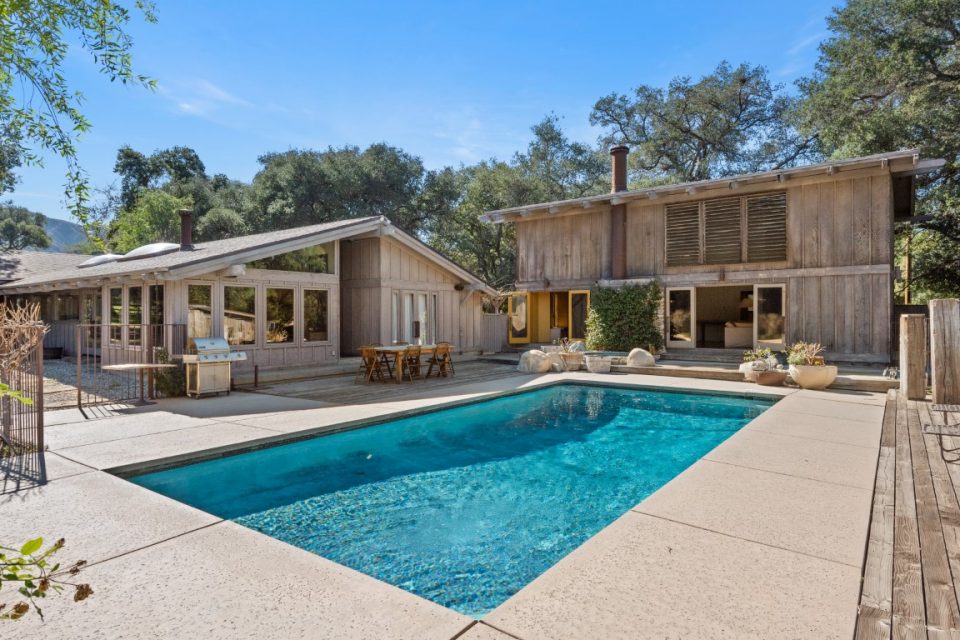 The main house and guest house open to the pool terrace. 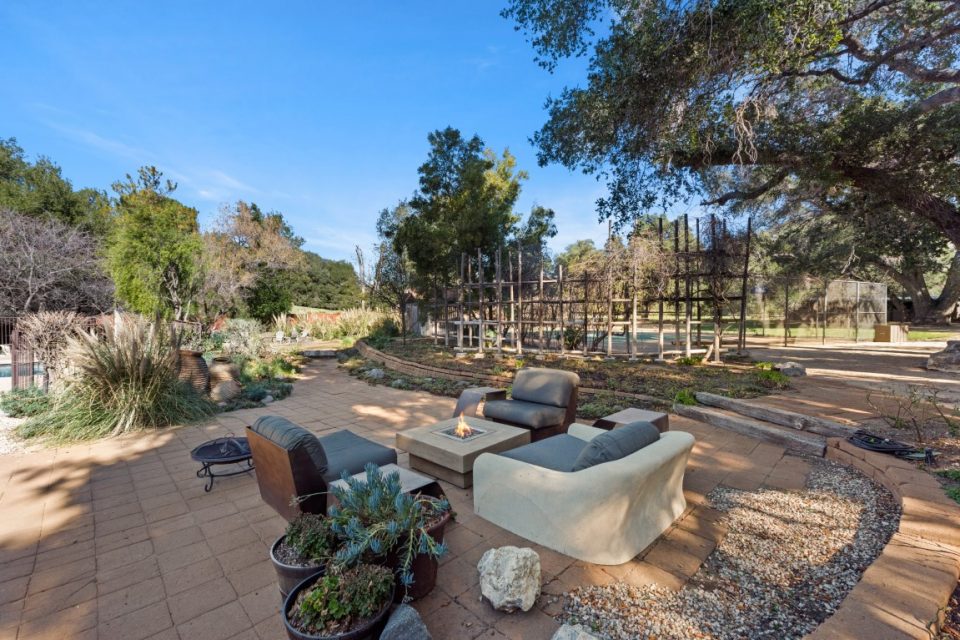 A conversation area on the terrace surrounds a fire table. 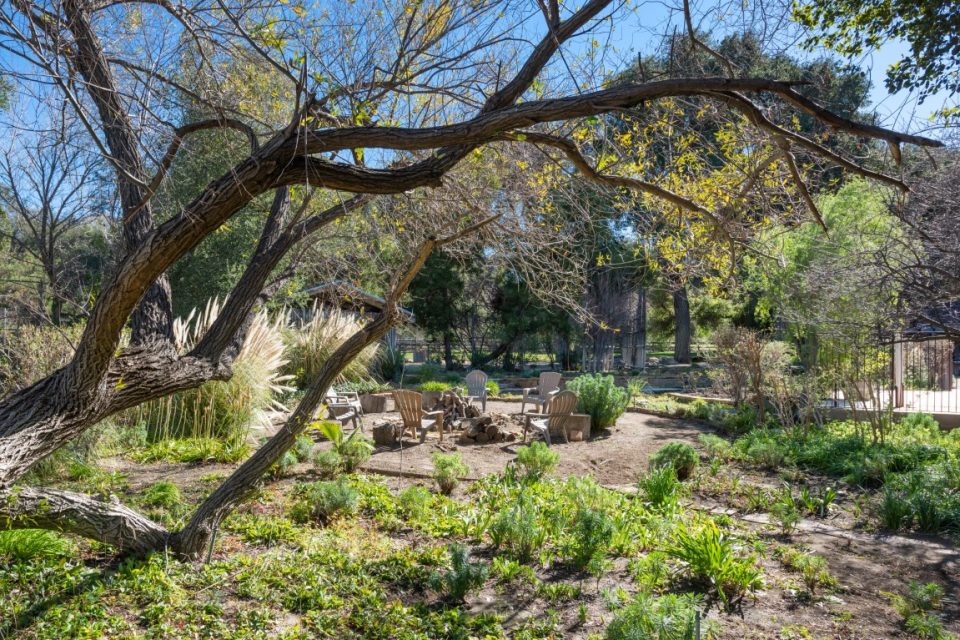 A more rustic firepit is found on the grounds. 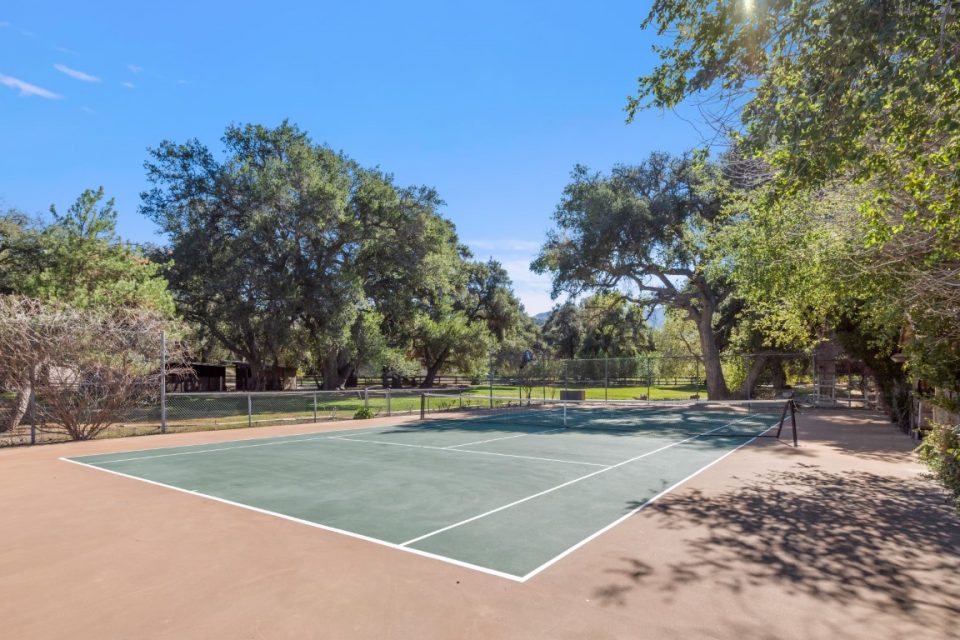 The tennis court adds to the outdoor recreation options.

Linda Gray, Emmy and Golden Globe-nominated actress, well known as Sue Ellen Ewing, the vodka-tipsy wife of Larry Hagman’s character, J.R. Ewing, in the long-running television soap opera Dallas, is selling her much-loved Santa Clarita, California ranch where she has lived for almost 50 years.  It is priced at $2.995 million.

Gray has had a long career in the public eye after recovering from polio as a child.  She started with modeling in the 1960s, then made in the neighborhood of 400 television commercials.  She was the body double for Anne Bancroft in The Graduate - yes, those were Gray’s legs in the title picture too.  She also played the part of Mrs. Robinson in the stage-play version both in London and New York.  She had parts in the television series Melrose Place and Models, Inc. and many other smaller parts in films and television.  But it was her portrayal of Sue Ellen in Dallas that put her on the map to stardom.  From there, she was nominated for several Emmys and Golden Globe awards.  In an interview, she admitted to having a penchant for playing dysfunctional women.

But the one thing in Gray’s life that is definitely not dysfunctional is her Oak Tree Ranch.  Adapted to her standards of functionality, Linda has made it a very easy and comfortable place to live.  Like she says, “it hugs you with its warmth.”  Linda and her art director husband, Ed Thrasher, actually found the ranch by accident when they were helping friends from Tennessee look for a ranch to buy.  The ranch was across the street from the one their friends were viewing and was also for sale.  In addition to being a beautiful property, it has many ancient oak trees, which they believed to be over 500 years old.  After they bought it, they aptly named it Oak Tree Ranch.  At the time, Mr. Thrasher, who designed some of rock’s most famous record albums including Jimi Hendrix’s “Are You Experienced” and Van Morrison’s “Astral Weeks,” was working on a film set project with modernist-architect A. Quincy Jones.  Thrasher asked him to come out and include some of his own design ideas.

Built in 1973 and only 35 minutes from Beverly Hills, the gated three-acre equestrian estate has numerous structures and amenities such as stables for horses, a tack room/barn, north-south tennis court, large swimming pool with spa, organic gardens, a koi pond, and even a chicken coop.  Between the main house and two-story guest house, there are a total of five bedrooms and four baths tucked into 4,800 square feet of living space.  The two-bedroom guest house also has a kitchen and living room.  One of Gray’s favorite rooms is the Josh Schweitzer-designed kitchen and another Gray touch is to have fireplaces high enough that they can be seen while lying in bed and also while working at a kitchen counter for the kitchen fireplace.  In the many years she has lived in the home, Gray hasn’t missed a detail when it comes to adding day-to-day livability to the house.

Listing agents are Billy Rose, Natasha Sizlo and Andea Korchek of The Agency.

Photos:  Courtesy of The Agency 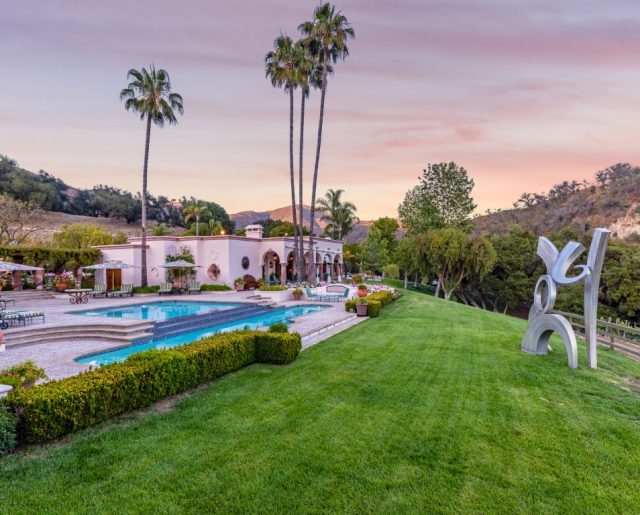 Highly publicized around the world, Napa Valley isn’t California’s only wine country.  Less than 40 miles up the coast from...Read More