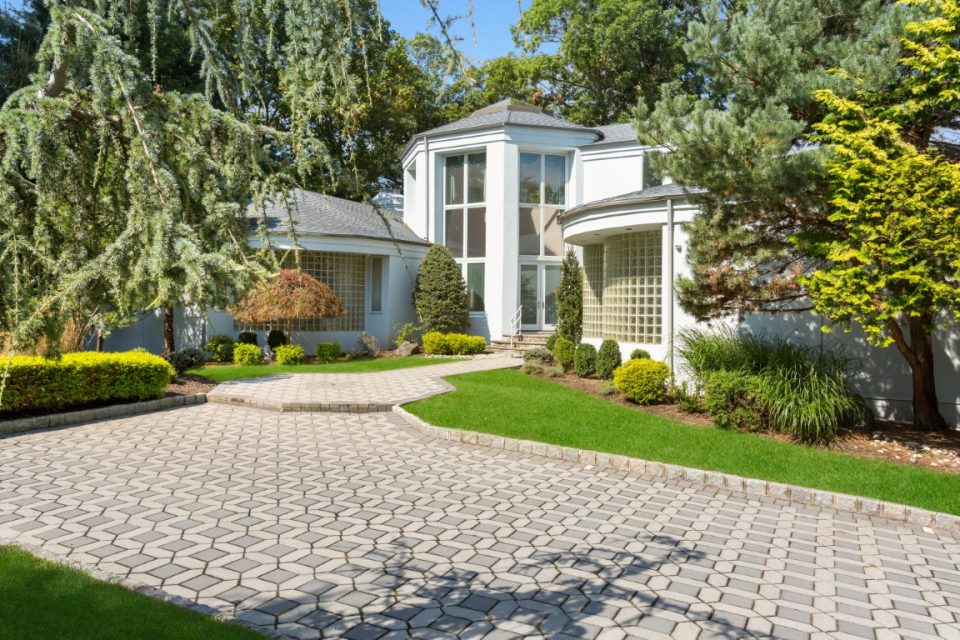 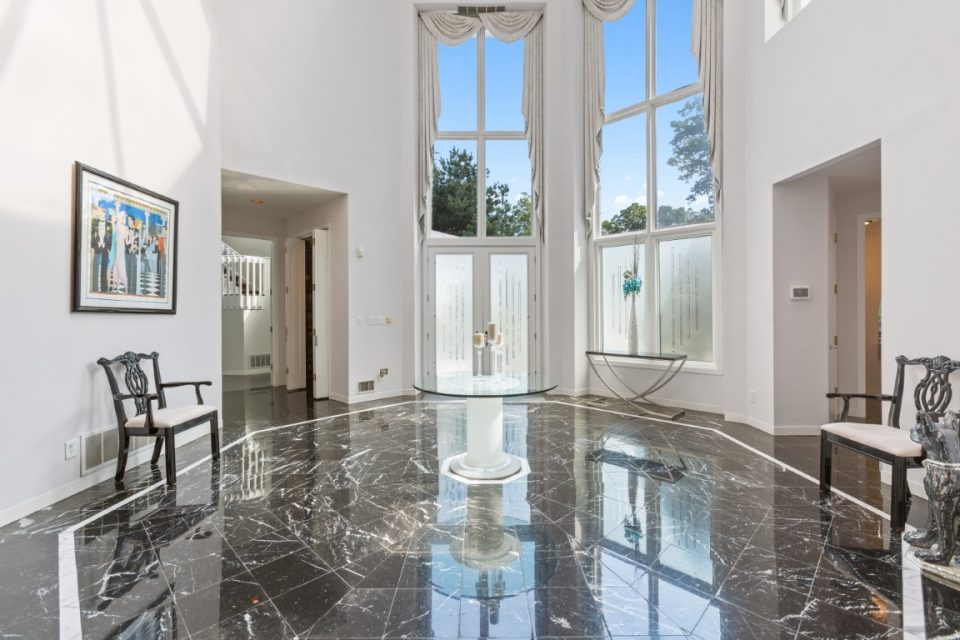 A foyer large enough to greet a group of guests. 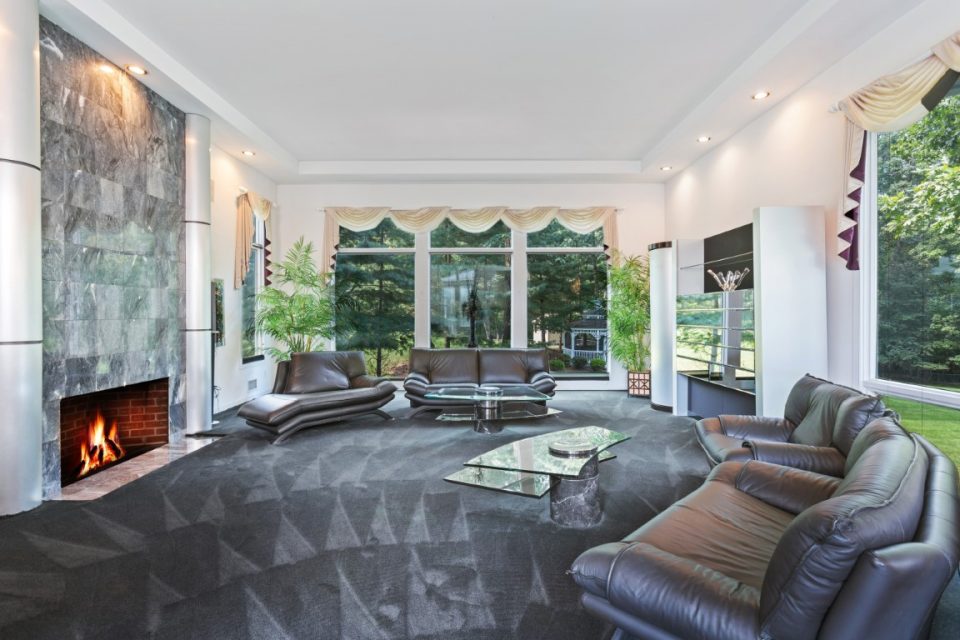 The living room is comfortable and also cozy with a fire in the fireplace in winter. 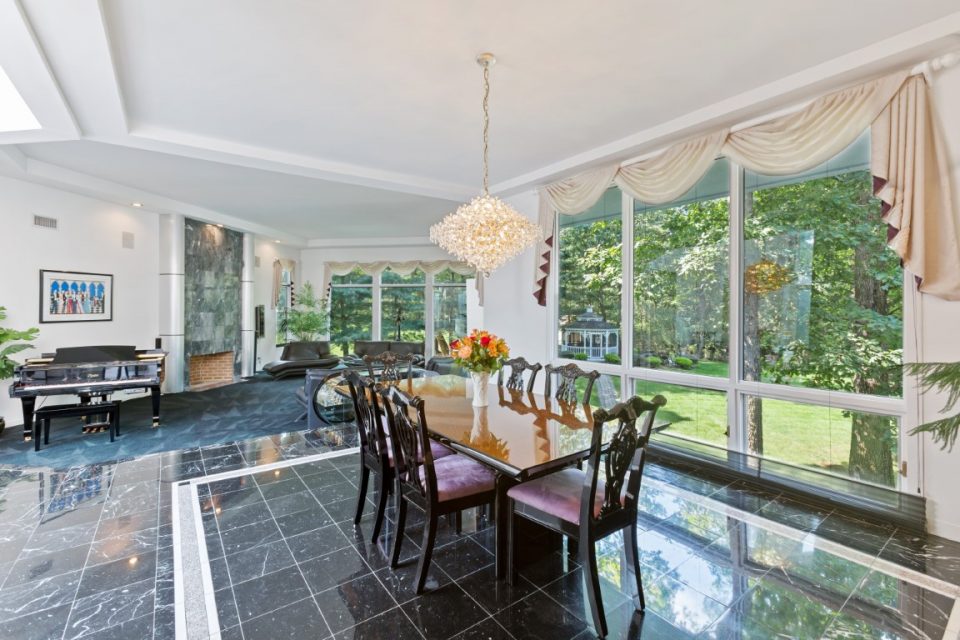 The dining room is filled with light and used for more formal entertaining. 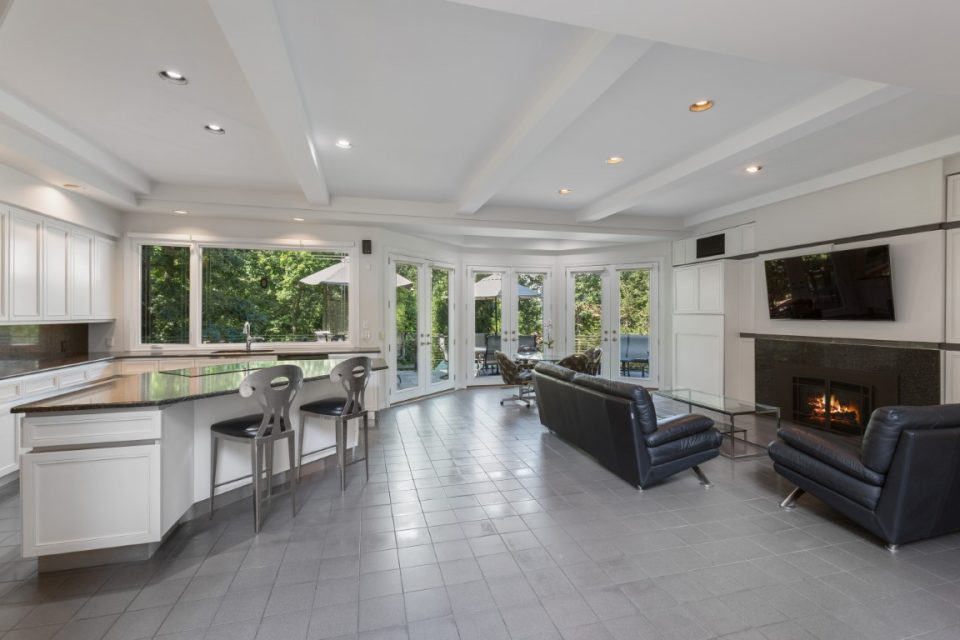 A large combination kitchen and family room serves both family and guests. 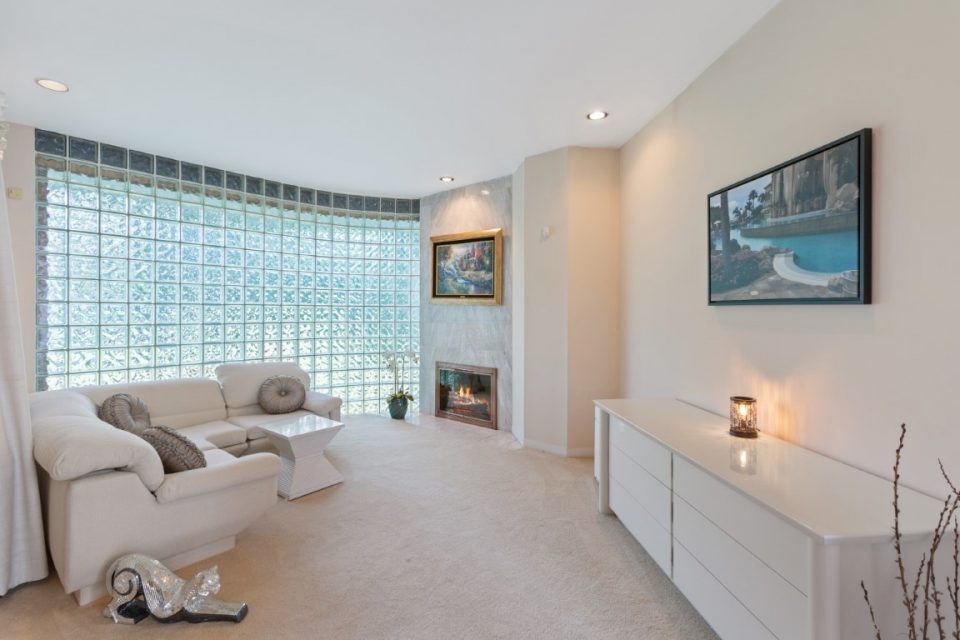 The master suite has a comfortable sitting area. 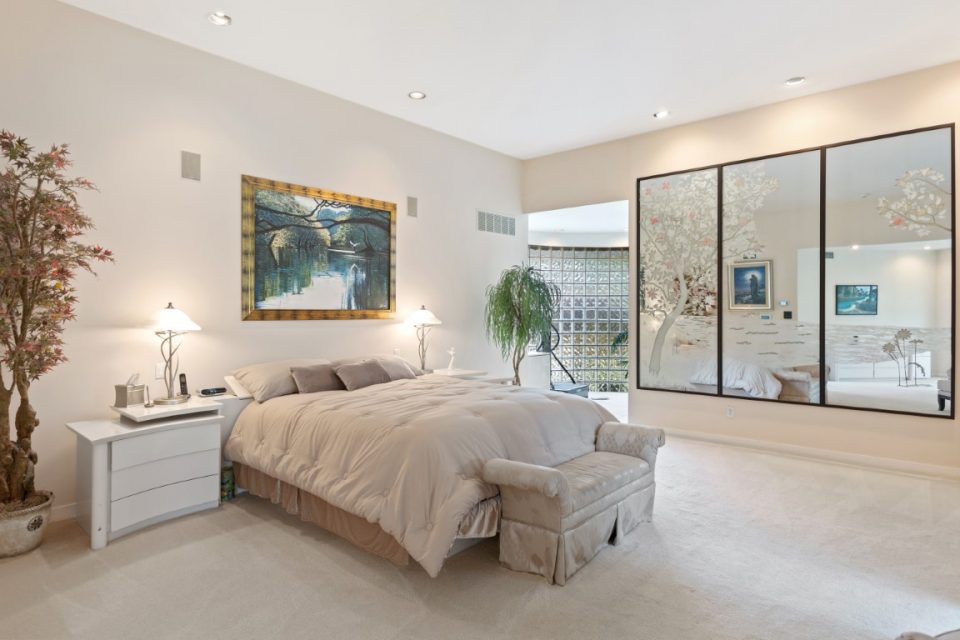 The master bedroom also has a large dressing room. 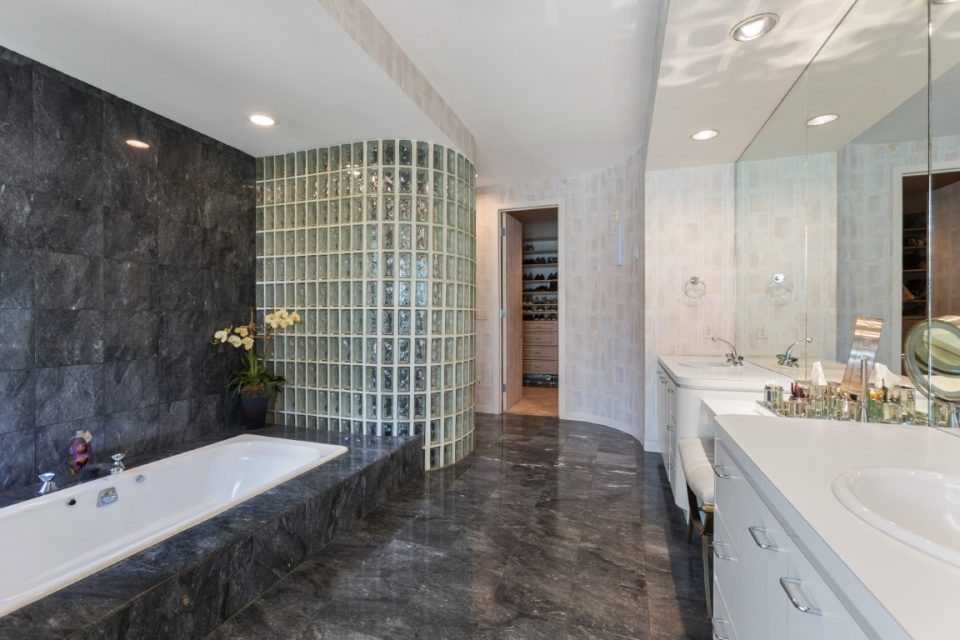 The large master bath is perfectly sized for a couple. 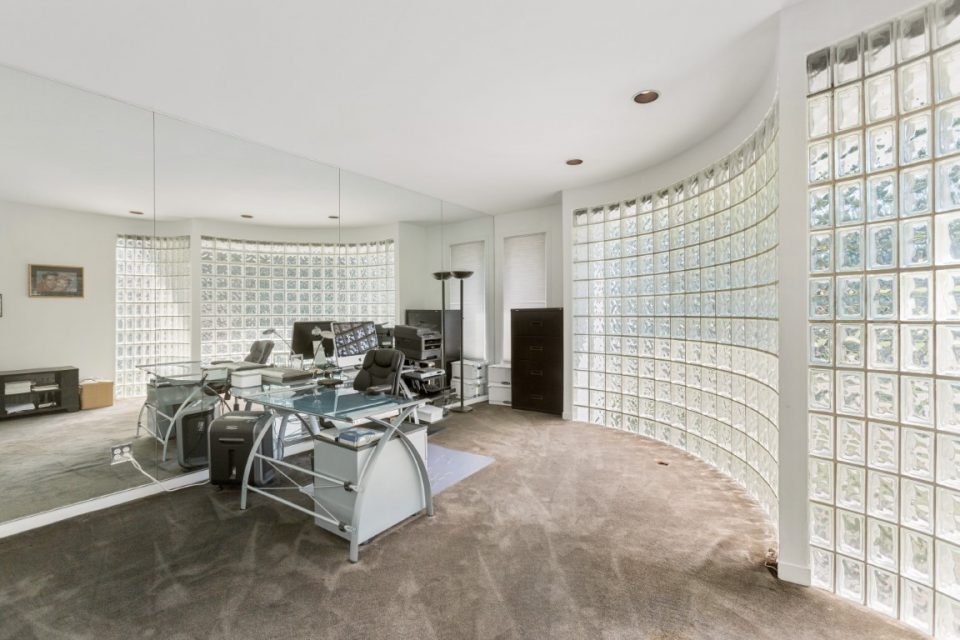 The gym is filled with daylight. 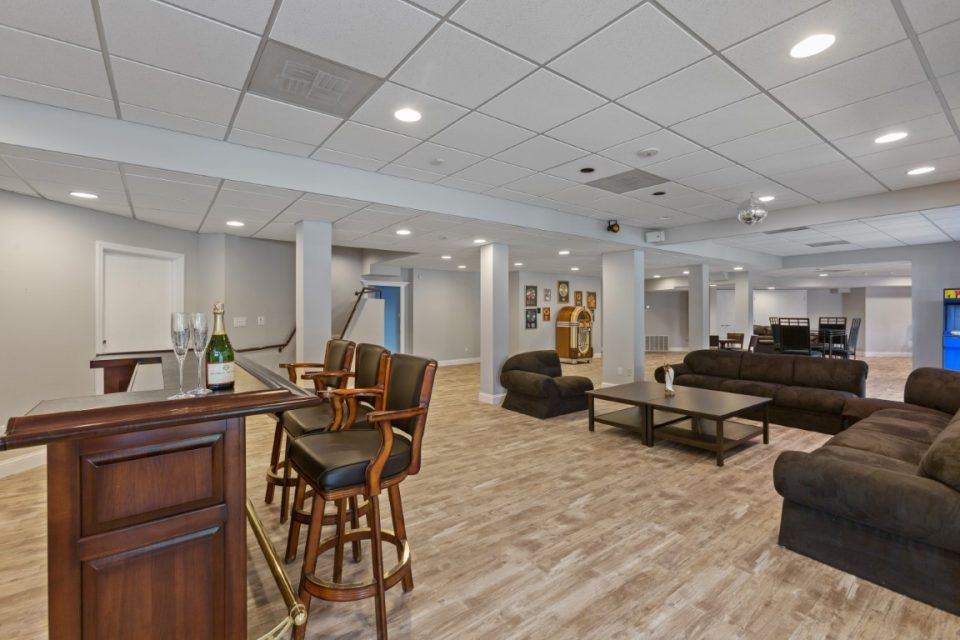 The huge recreation-party room will host a crowd in comfort. 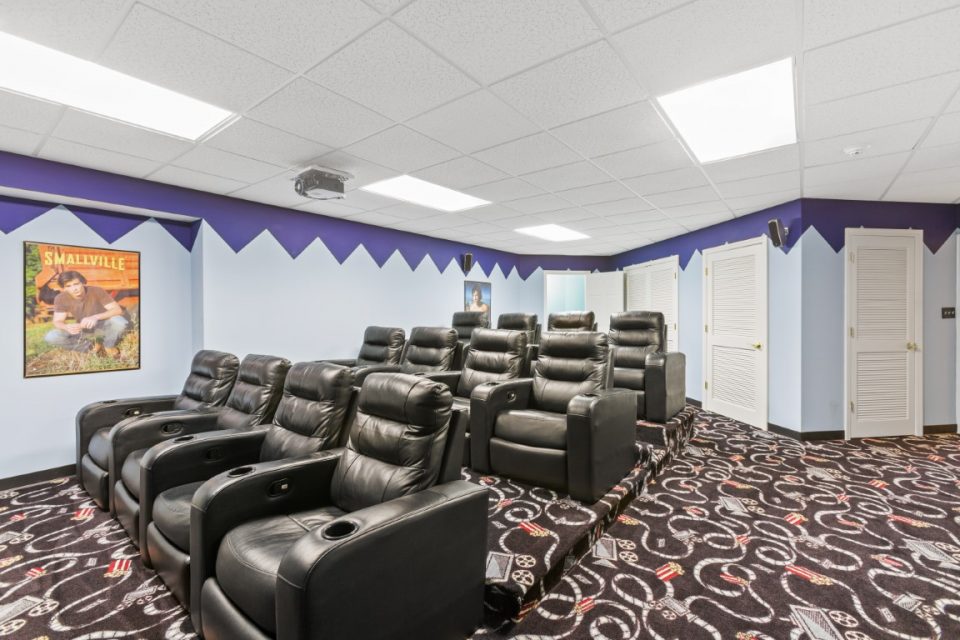 Friends and family have plenty of room to spread out and enjoy a movie. 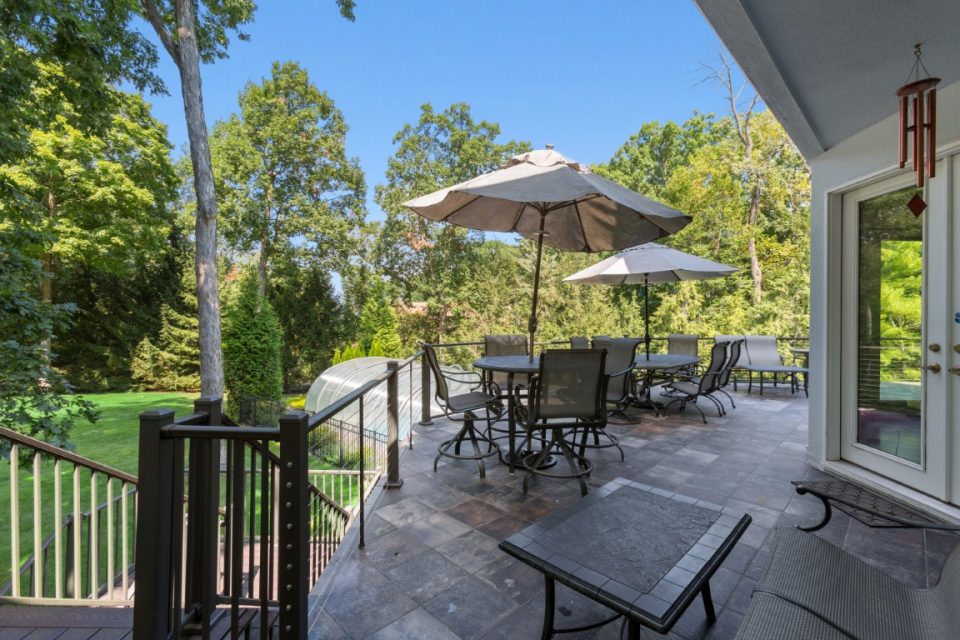 A charming terrace overlooks the back garden. 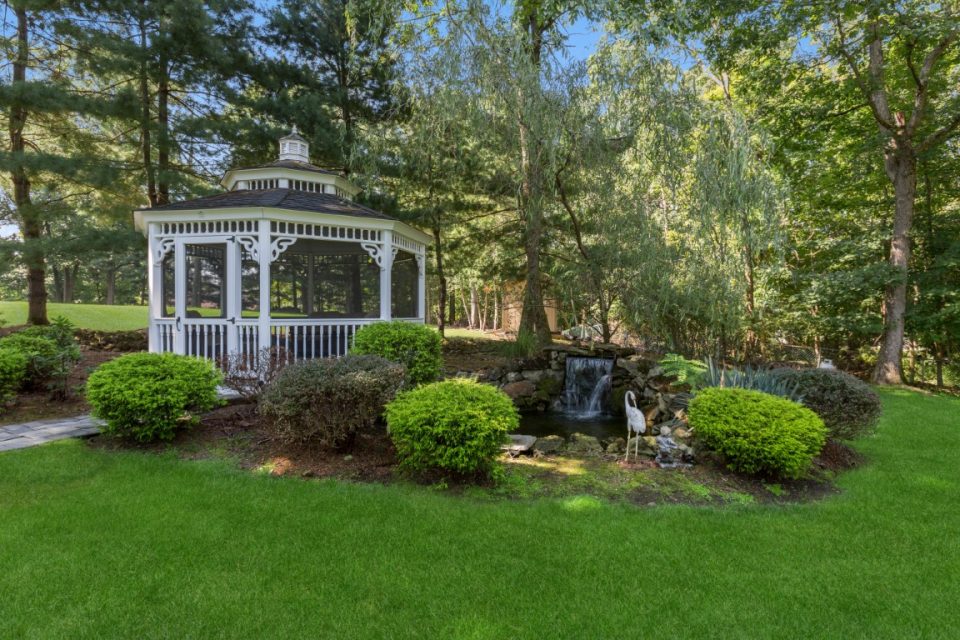 The gazebo is tucked into expansive lawns. 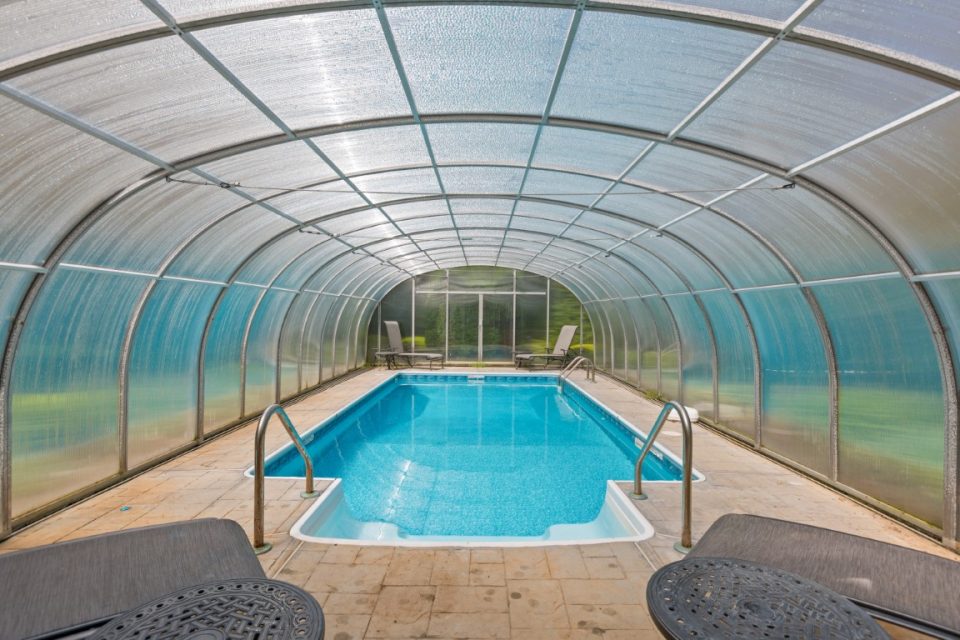 The New Jersey mansion of 1970's disco-queen Gloria Gaynor is for sale at $1.249 million. Multi-talented Gloria, one of the most popular singers during the disco years with songs such as I Will Survive and Never Can Say Goodbye, did much of the interior design of the 8,000-square-foot home.

While the 1970s were troubled years for the United States as the country dealt with Vietnam, Watergate, gas shortages, double-digit inflation and serial killers, the music was upbeat and lively. It was the age of disco music: in your face, sung with passion and reverberating with a throbbing beat, exciting and even primal. Saturday Night Fever was at the movies and on the radio, high fashion was in style, and cocaine replaced marijuana as the party drug. Elvis was out and disco was in, the clubs filled with light from the floors to the ceilings as the mirrored disco balls spun while the floor lights flashed to the beat of the music. The most popular disco stars were Donna Summer, the Bee Gees and Gloria Gaynor. It was Gloria who seemed to capture the essence and range of the genre more than anyone else. Today, when trying to display the range of their voices to the judges on American Idol or Britain's Got Talent, contestants choose Gloria’s songs time and time again.

Gloria is still singing, even winning a Grammy award in 2020, and recently put her home on the market. Located in a New Jersey suburb of New York, Gloria customized much of the home herself choosing contemporary design throughout the five-bedroom, 8,000-square-foot estate. Special features include a movie theater and a pool enclosed by a glass atrium, glass block windows, architectural ceilings, marble fireplace and floors, circular office space, park-like backyard with a large deck and gazebo, big shade trees, and a party-room basement, Perfectly suited for one of the ‘70’s greatest divas, each bedroom comes complete with a large, walk-in closet. Just beyond the woods in the back of the property is the Warrenbrook Golf Course.

Gaynor told The New York Times that she’s hosted many dinners, parties and backyard gatherings over the years. “I used to have a Fourth of July party, then changed it to a Christmas party, then a birthday party,” she said. “Outside I built a stage in front of the pool and people danced. Inside people watched football on TV or were shooting pool and listening to the jukebox.” Gloria is still in charge of the good times. 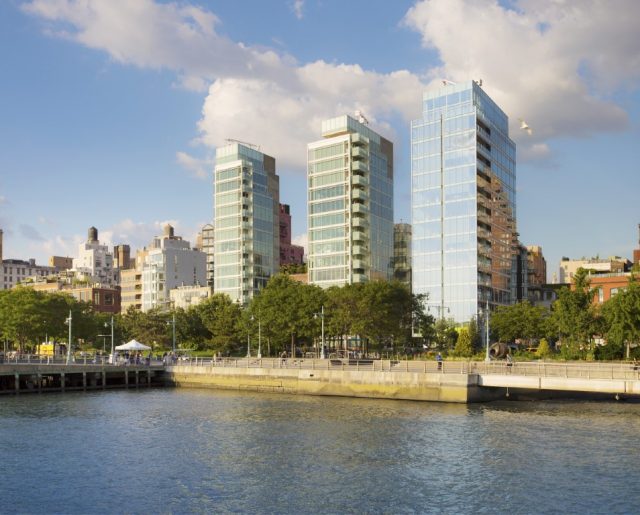 It was the happening place to be in the late 1970s: the disco capital of the world. The world’s biggest...Read More