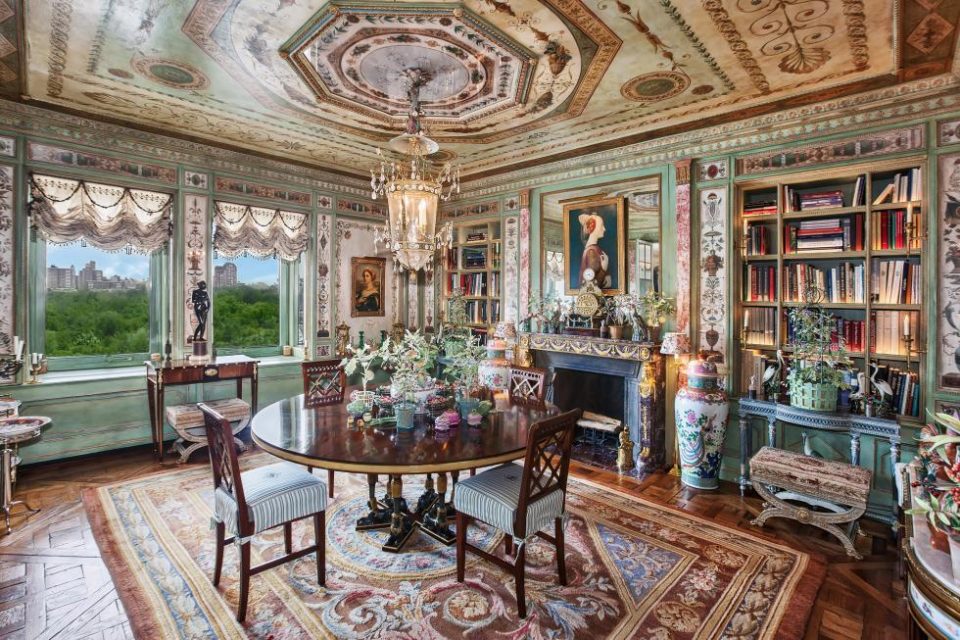 It’s a wide gap to bridge from East Harlem to the Palace of Versailles in France, but Howard Slatkin, interior designer to collectors worldwide, pulled it off. Clearly an avid collector himself, it takes a designer/collector to know how to display collections so that they can be lived with and shown to their best advantage. It was a long road from the time he bought two adjacent units in the 15-story Brisbane House, the 33 months it took to combine them and the 17 years it took to complete his canvas. The building itself was built by Arthur Brisbane who was an editor for the Hearst organization. The neo-Romanesque-style building was converted to a co-op in 1978 with 59 apartments. When Brisbane completed the building in 1928, he took the top three floors for himself, accessed by a private elevator. At that time, his triplex had 30 rooms and 18 bathrooms. Howard Slatkin’s apartment is part of that original layout. When Mr. Slatkin completed the project, he wrote a book about it, Fifth Avenue Style: A Designer’s New York Apartment, published by Vendome Press in 2013.

It’s like stepping back into the 17th century and expecting Marie Antoinette to come rushing into the room. Awash with gilded moldings, marquetry wood flooring, intricately painted plaster ceilings, French marble Louis XVI fireplace, 18th century Chinese wallpaper, leather doors and tall ceilings. In addition to the three bedrooms and four baths, the living room and the entry vestibule opens to a long gallery off of which are a south facing library and eat-in kitchen. There is a formal dining room and the master suite has huge dressing room with built-ins. The Versailles theme carries through every room with elaborate finishes, furniture, fabrics and collections. Mr. Slatkin will be taking most of the furnishings to a pied-à-terre he will be keeping in the city while he’s building a new house in Maine. For more information.

New York City’s own Palace of Versaille in East Harlem, designed by collector, author and interior designer to collectors worldwide, is now on the market priced at $10 million. 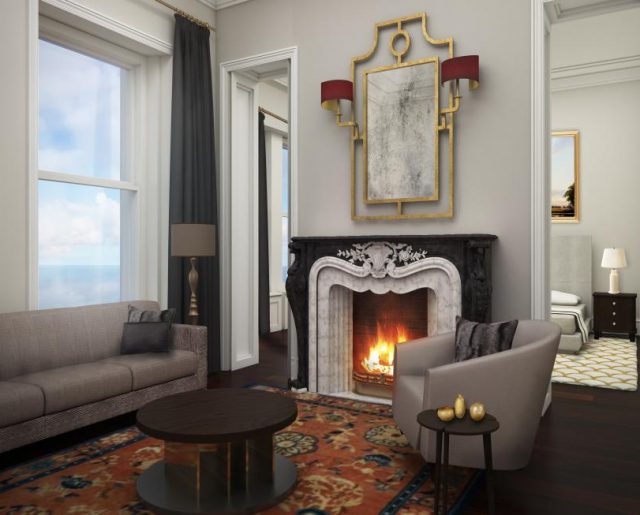 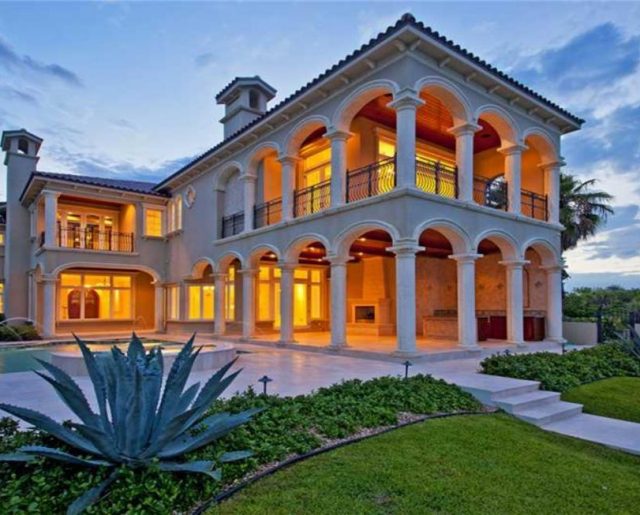 On the Ocean in Vero Beach!

On the Ocean in Vero Beach! Vero Beach has always been one of Florida’s sweet secrets for those who like...Read More