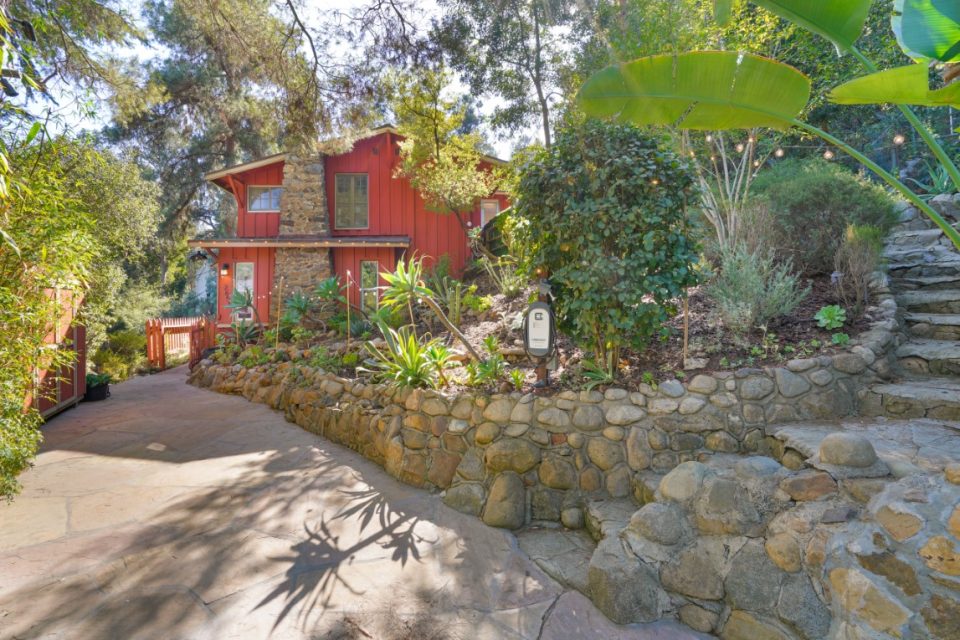 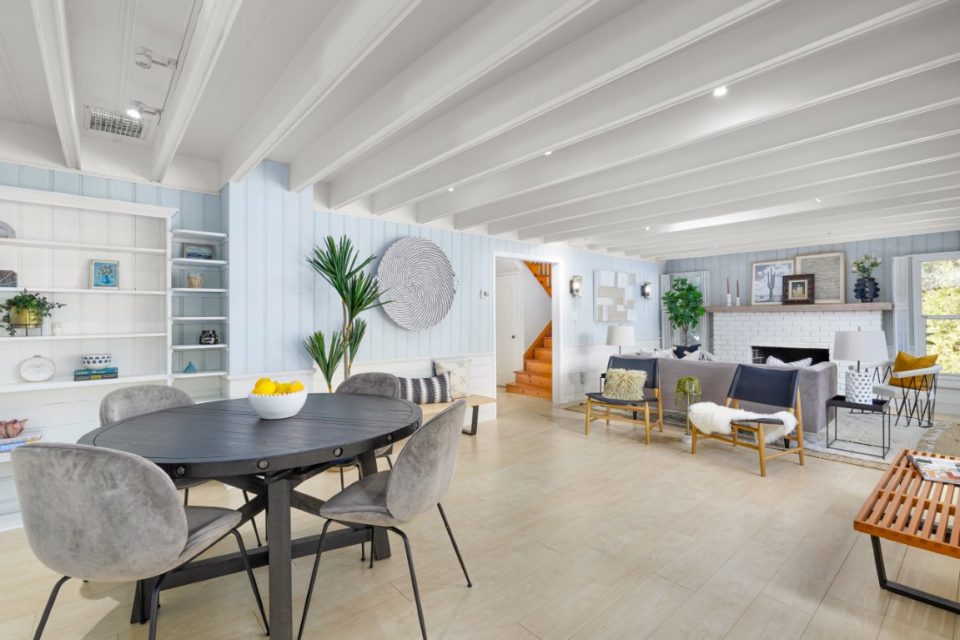 The 1,678-square-foot home has two bedrooms and two baths. 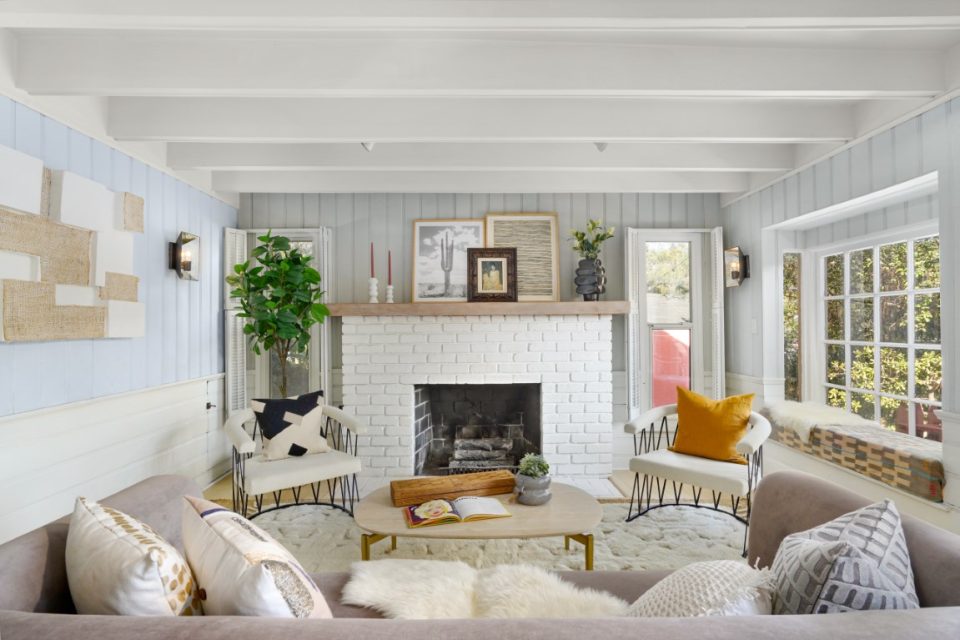 The living-dining area is in pale neutrals accented with white-beamed ceiling and a white-brick fireplace. 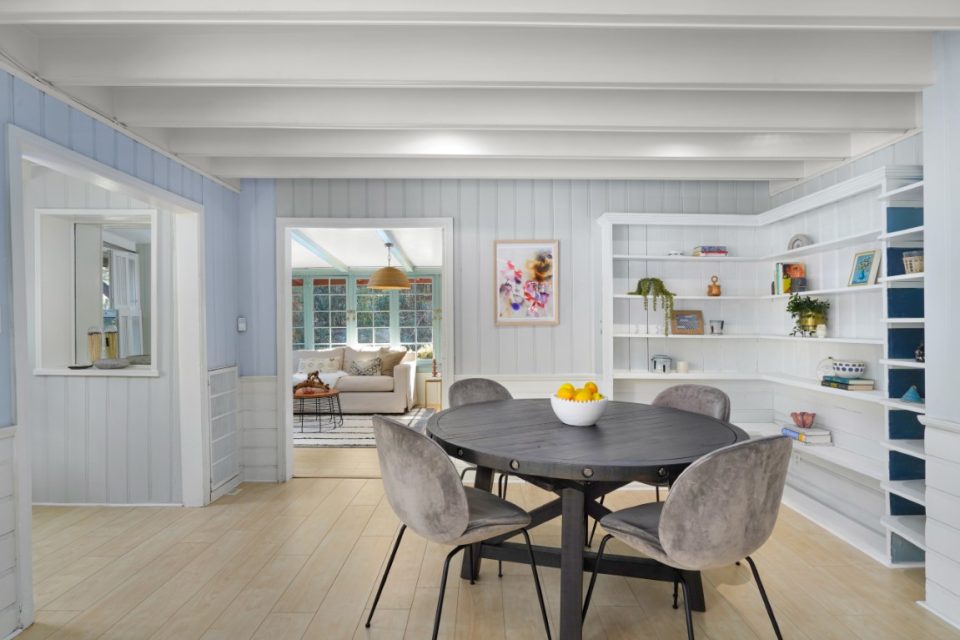 All rooms are large and airy. 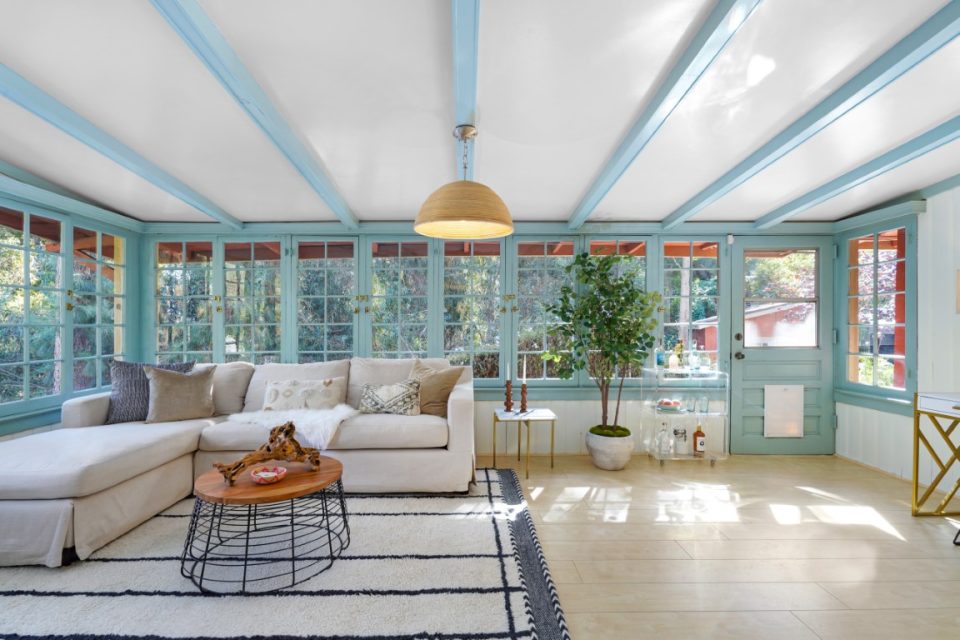 The family room is surrounded by windows overlooking and opening to the terrace. 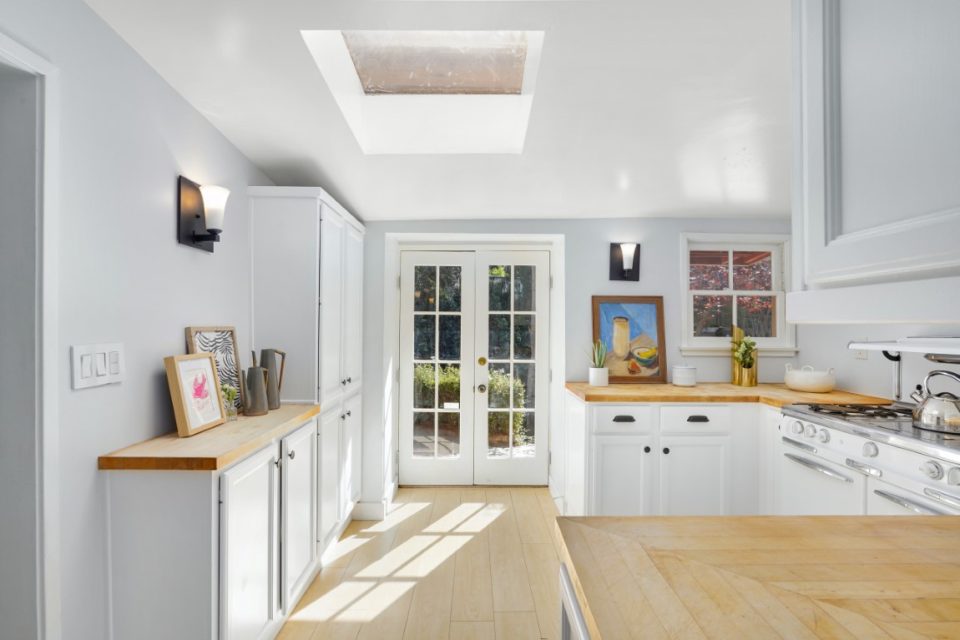 French doors and a skylight ensure a bright, cheerful kitchen. 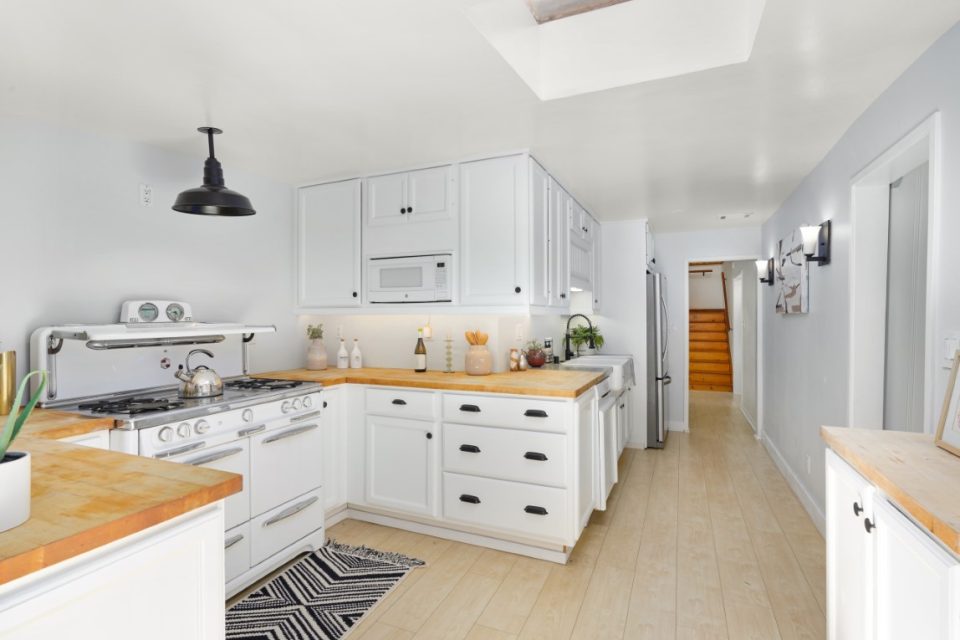 The kitchen opens to the outdoor dining terrace and outdoor grilling area. 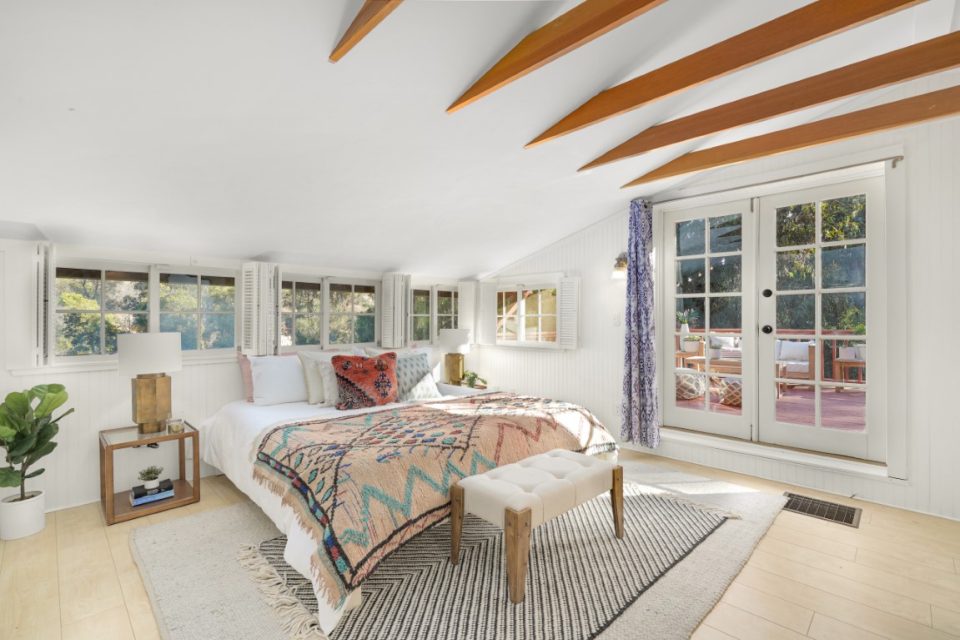 The bright master bedroom has a high beamed ceiling and opens to the terrace. 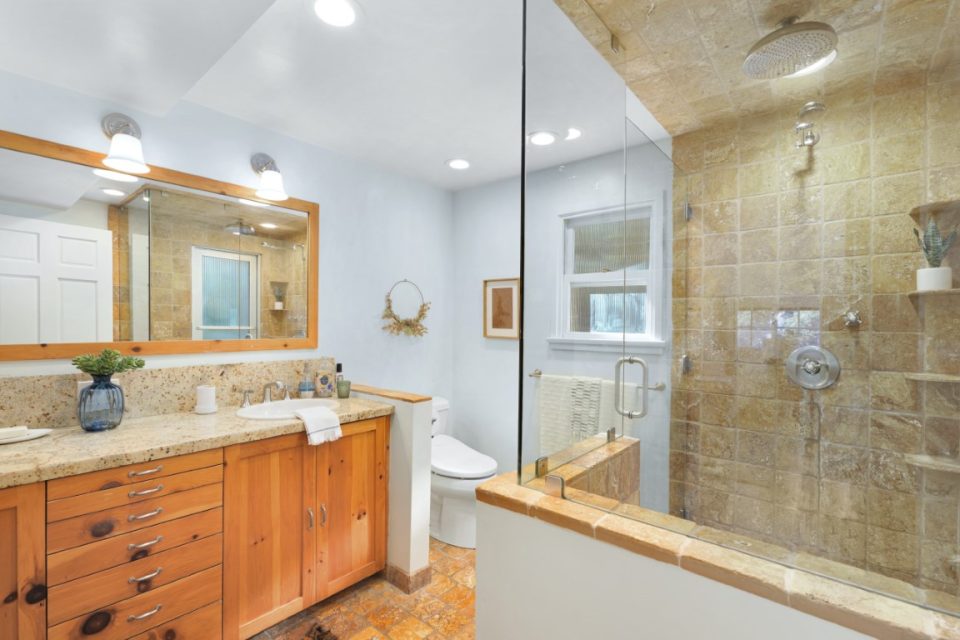 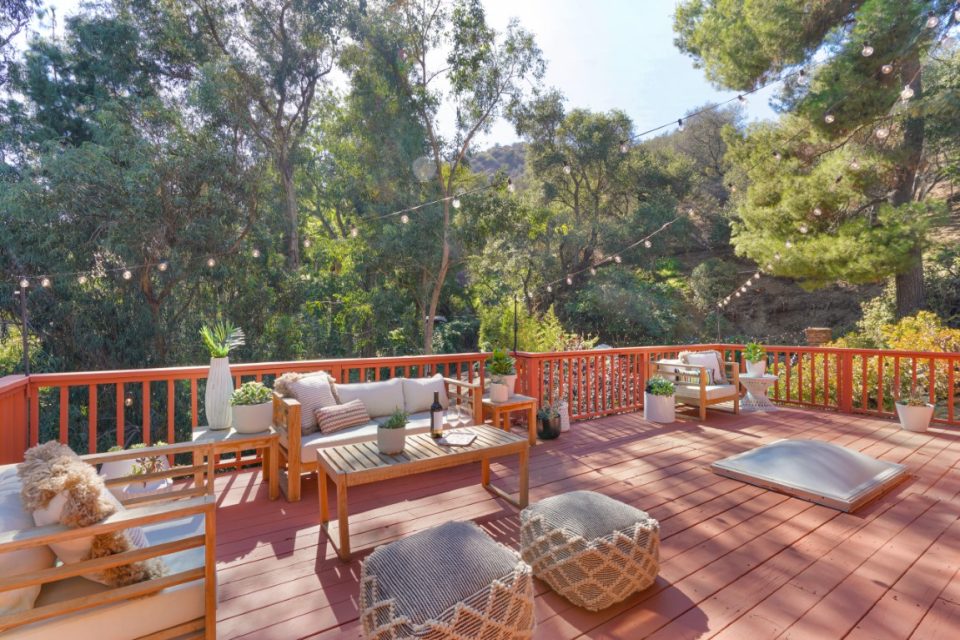 The huge terrace is sectioned into different activity areas and is sized for large scale entertaining or intimate conversation. 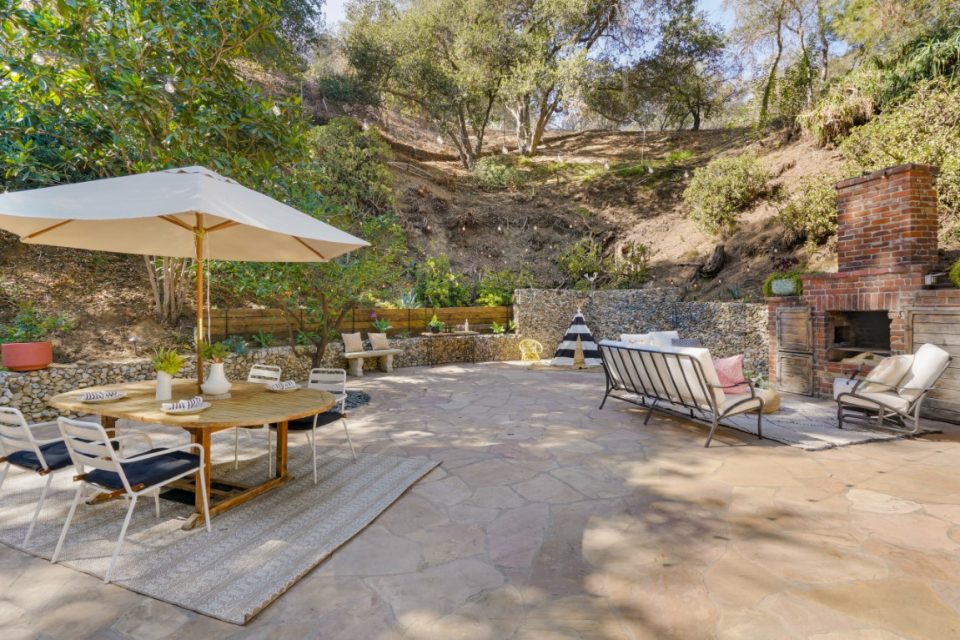 One part of the terrace has both dining and conversation area. 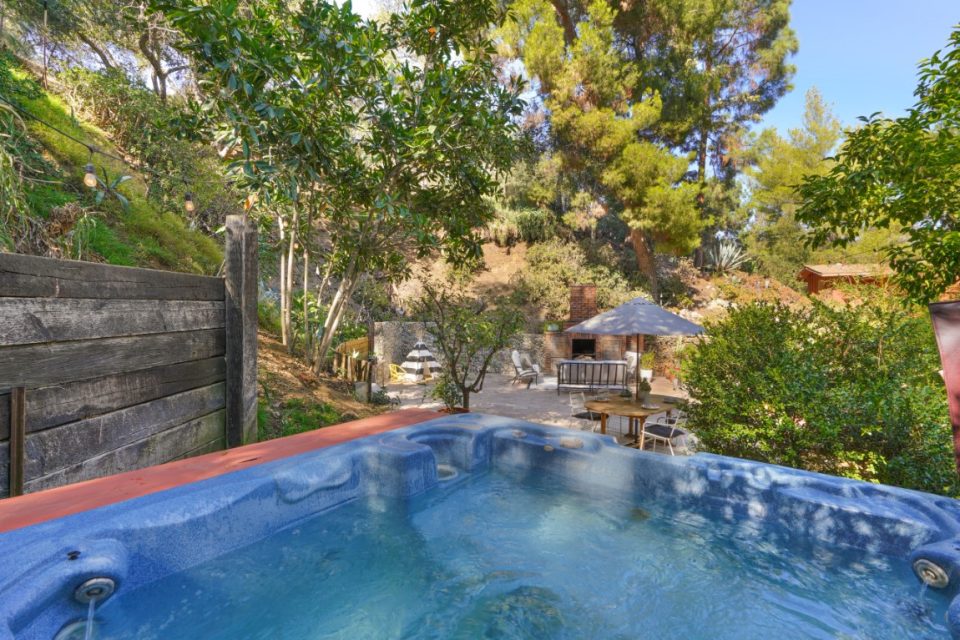 The hot tub is in a very private part of the terrace garden. 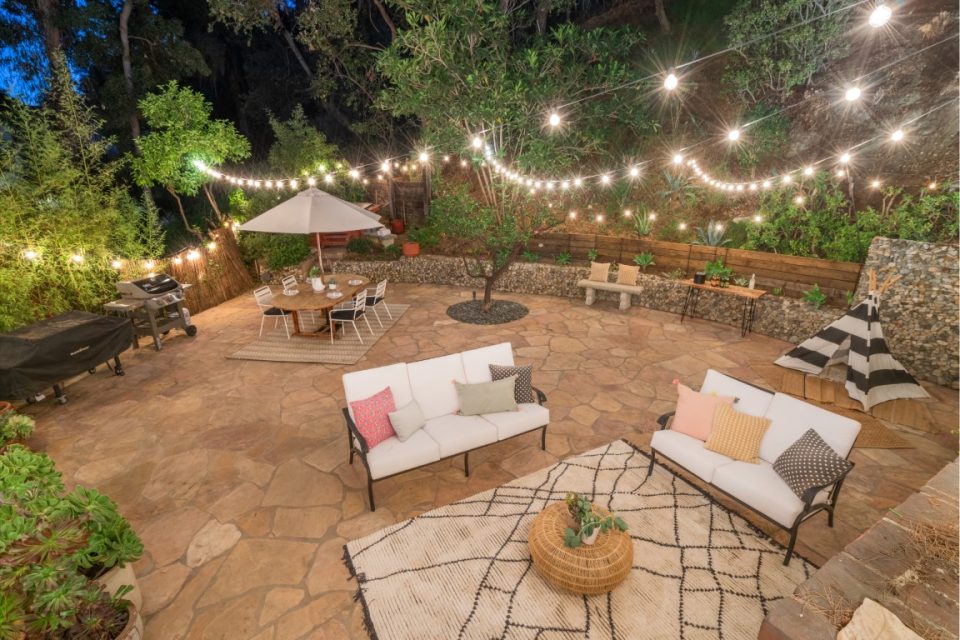 Nighttime lighting gives the outside entrance and the rear terrace a touch of magic. 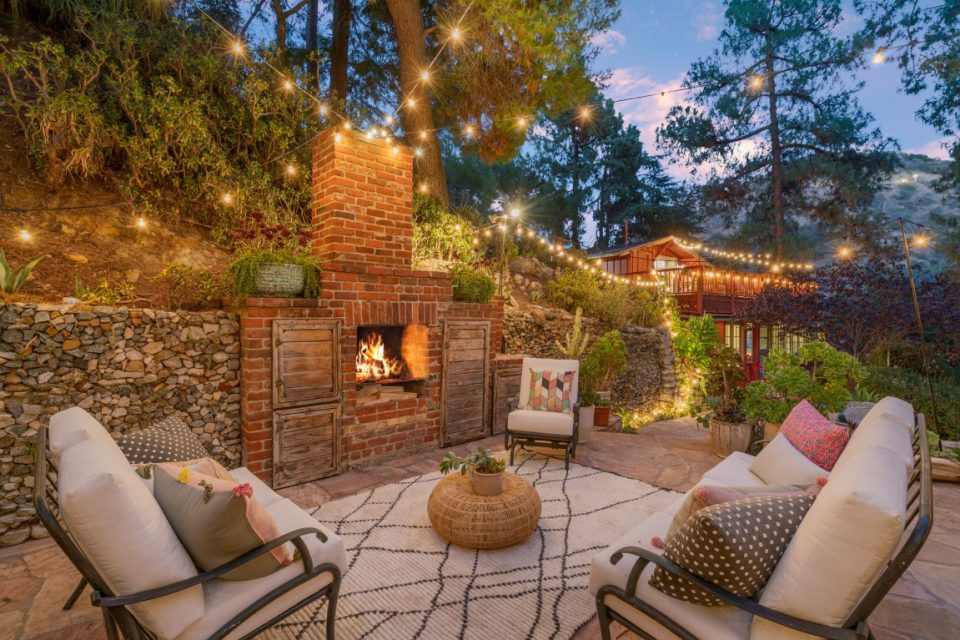 A nightcap by the fire and then a relaxing soak in the hot tub makes for a perfect evening.

Nicole Sullivan is best known for her acting roles in the TV series Black-ish and The King of Queens, but her charming cottage-style home in L.A.'s Laurel Canyon is a colorful example of her keen eye and romantic take on the type of environment that shows her true personality.  She has recently put it on the market priced at $1.45 million.

Built in 1912 and sympathetically updated for the current century, it’s the perfect escape for total decompression after a long day’s work in the studios.  Hidden away up a long 100-yard drive, the cottage is nestled on almost an acre of thickly landscaped land surrounded by trees.

The 1,678-square-foot home has two bedrooms and two baths surrounded by windows that bring in lots of light and beautiful outdoor views and an outdoor entertainment space.  Loaded with character, the approach up the driveway opens slowly to a cheerful coral-colored house and picket fence lined with trees, bamboo and succulent garden above the stone retaining wall.  The living-dining area is in pale neutrals accented with white-beamed ceiling and a white-brick fireplace with large windows that can be shuttered from the inside, making dust-collecting drapes unnecessary.  The master suite opens to a large deck while kitchen French doors and a large sunroom both open to the party-perfect patio below.

For entertaining or family get-togethers the outdoor patios are set up as a dining area closer to the kitchen French doors and a few steps away, an adjoining outdoor living room with another large-brick fireplace.  All is surrounded by stone walls with foliage draping over the top and mature trees casting shadows, looking quite magical under nighttime lighting.  Nicole’s hot tub is also a welcome retreat at the end of the day.

Laurel Canyon has been drawing celebrity residents since the early days of filmdom.  From silent film stars to talk show hosts such as Bill Maher, to rock-star musicians, former California Governor Jerry Brown, and now to a flood of up-and-coming stars, the higher up the canyon, the more spectacular the views.

The property is listed with Lorena Costino, Compass, Los Angeles. 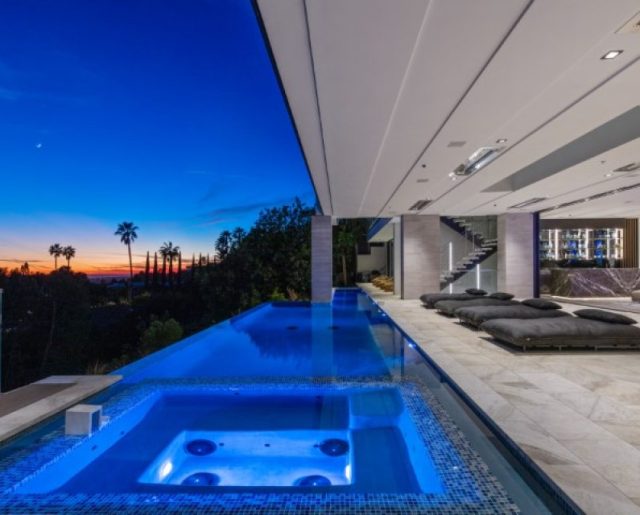 After several media reports that super-star-performer-and-songwriter Drake was moving into the upscale Trousdale area of Beverly Hills, the celebrity residents...Read More