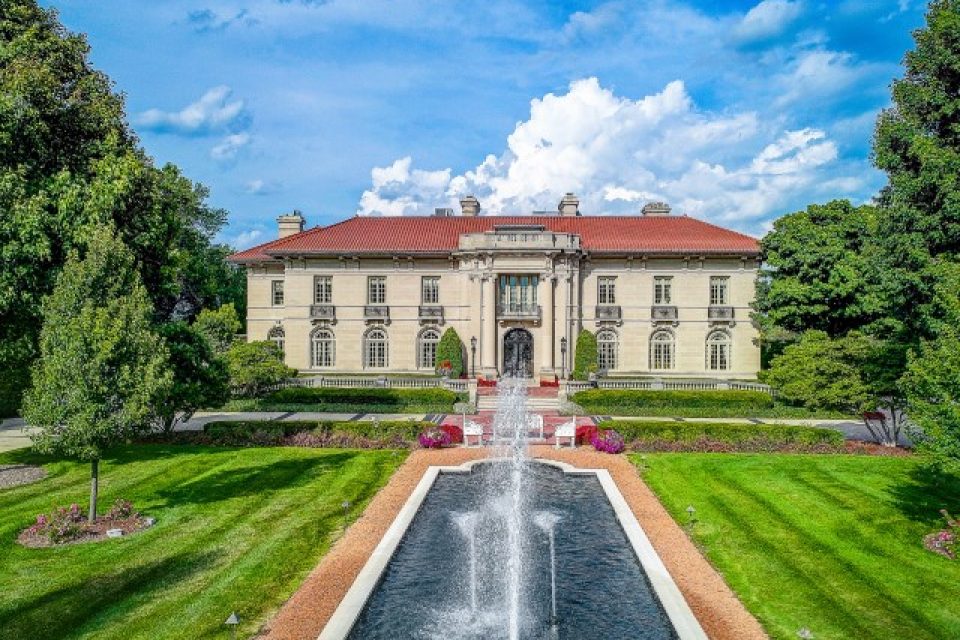 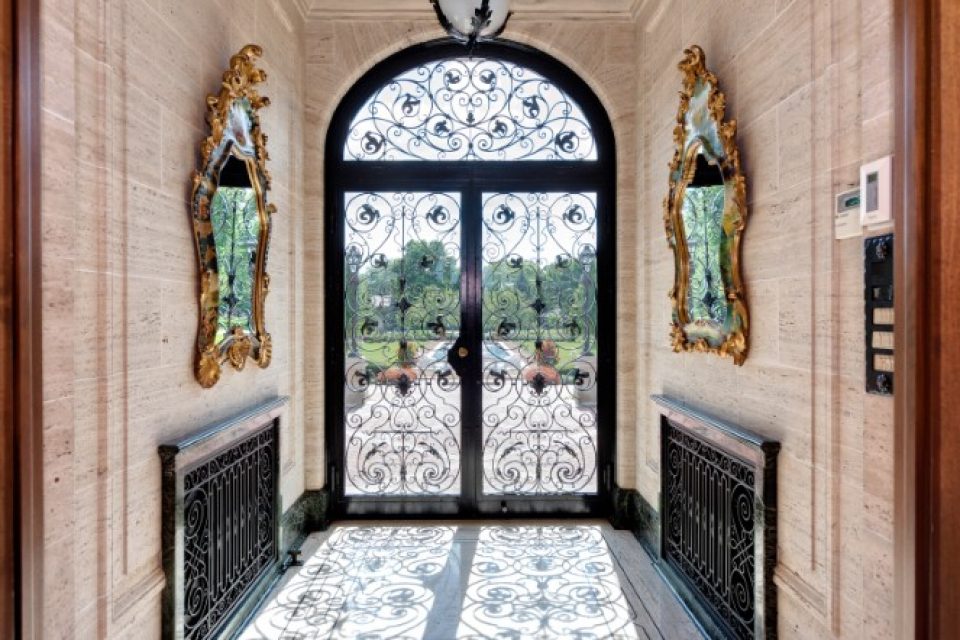 The impressive entry doors open to the foyer. 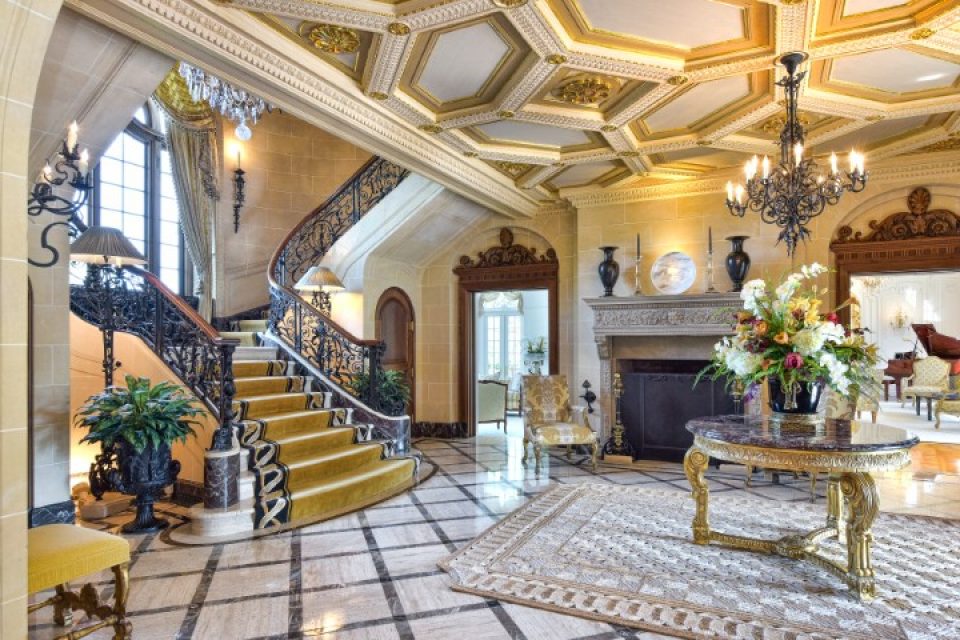 The foyer has a lovely staircase and fireplace. 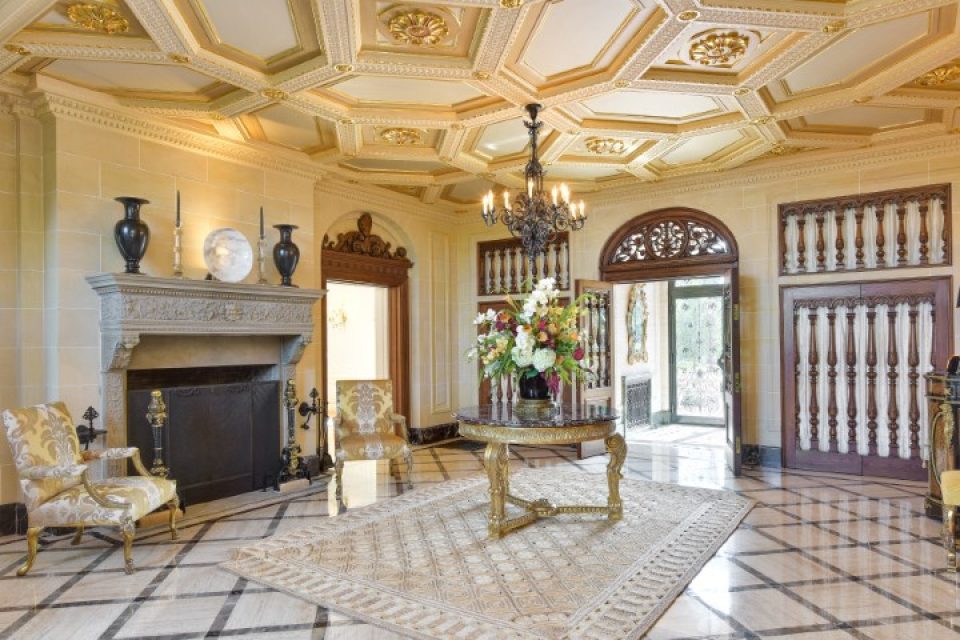 Greet guests with a cocktail when they arrive next to a crackling fire in the icy winter. 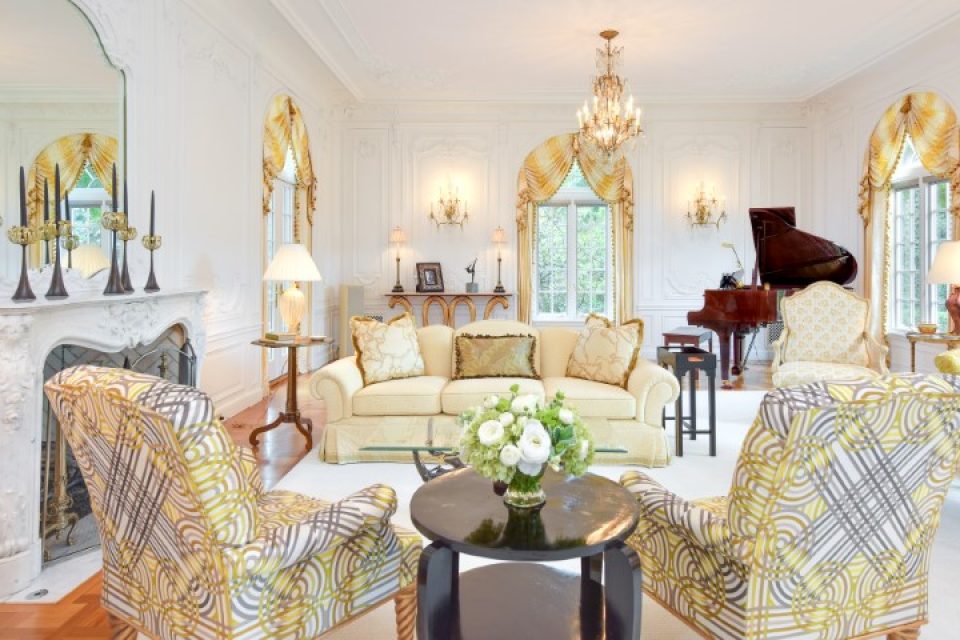 The gracious living room is a cheerful venue for entertaining. 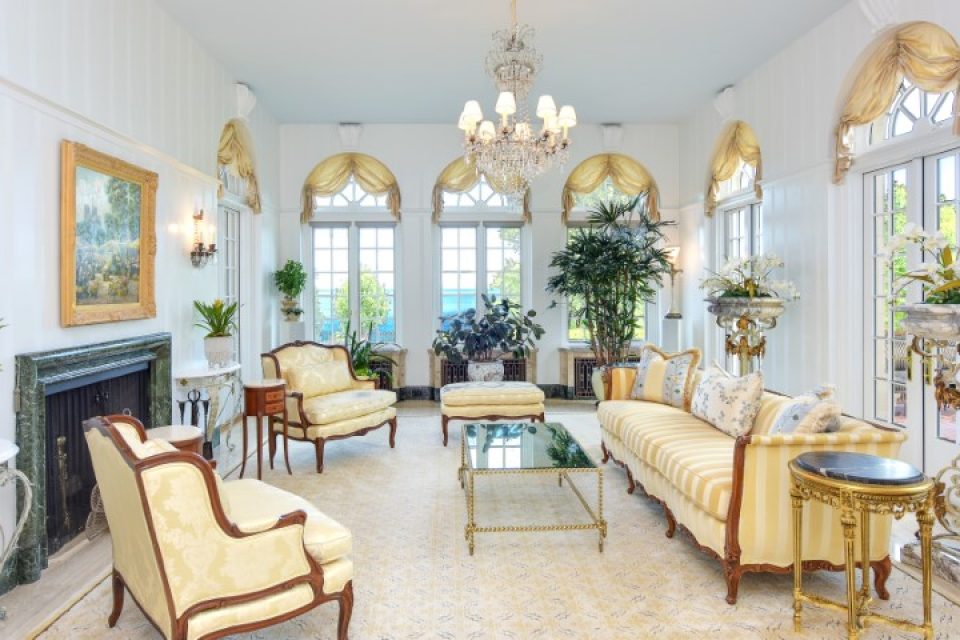 The sun room is always filled with sunlight. 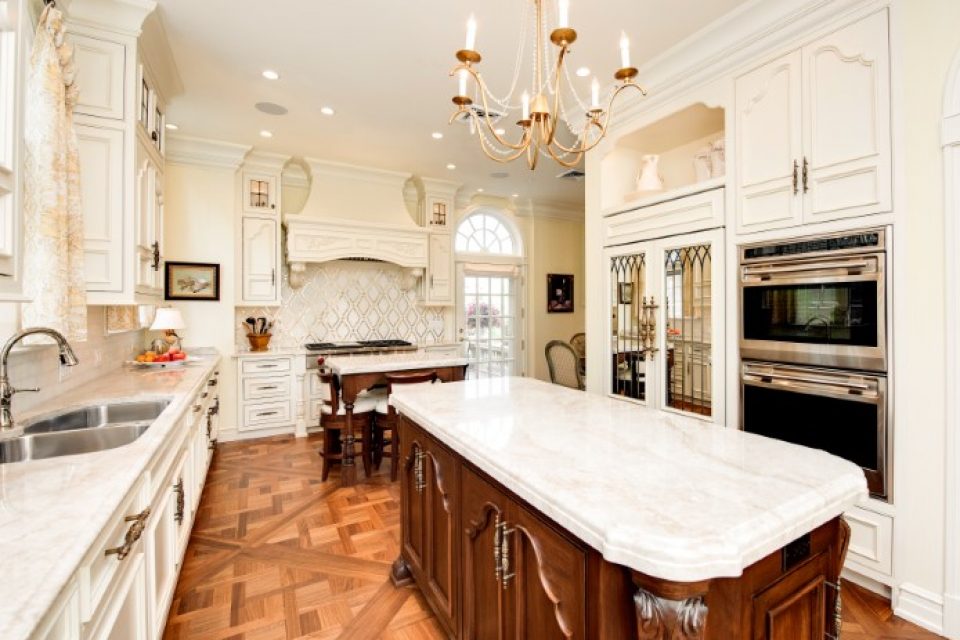 The large chef's kitchen caters to guests as well as family meals. 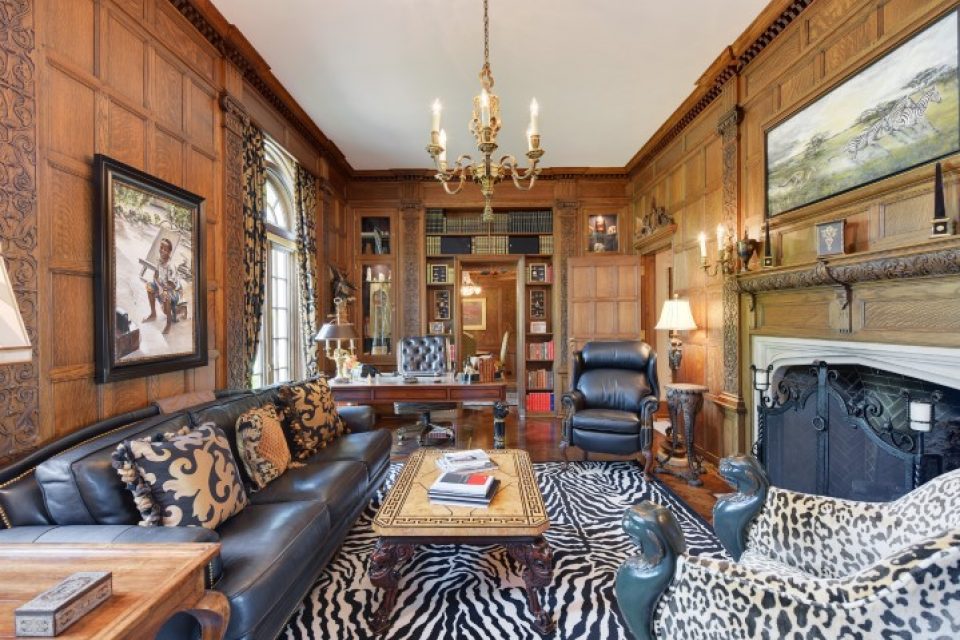 The library/den is a perfect getaway for reading a novel or writing one. 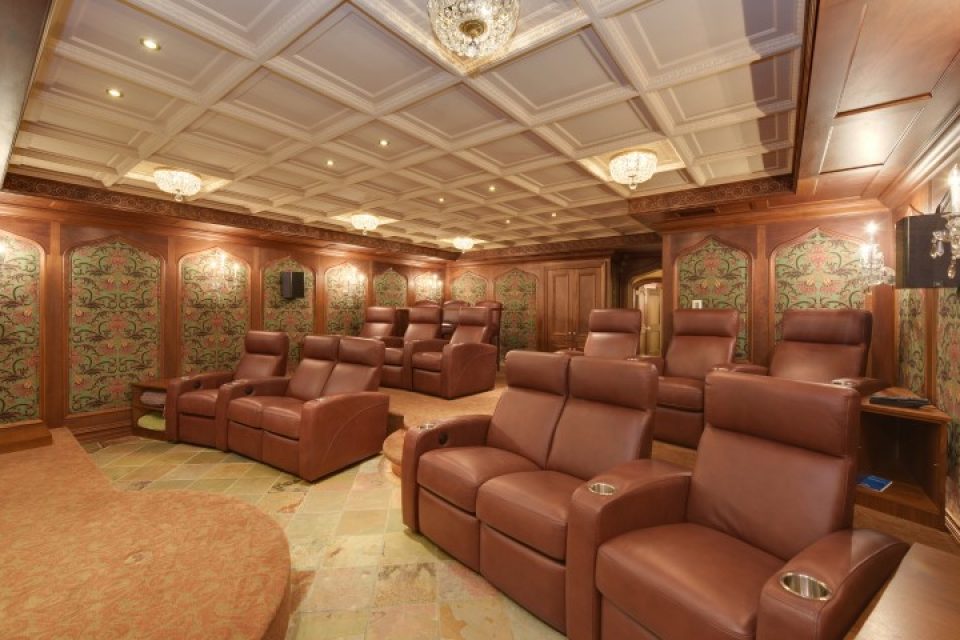 Invite all your friends for movie night in the large comfortable theater. 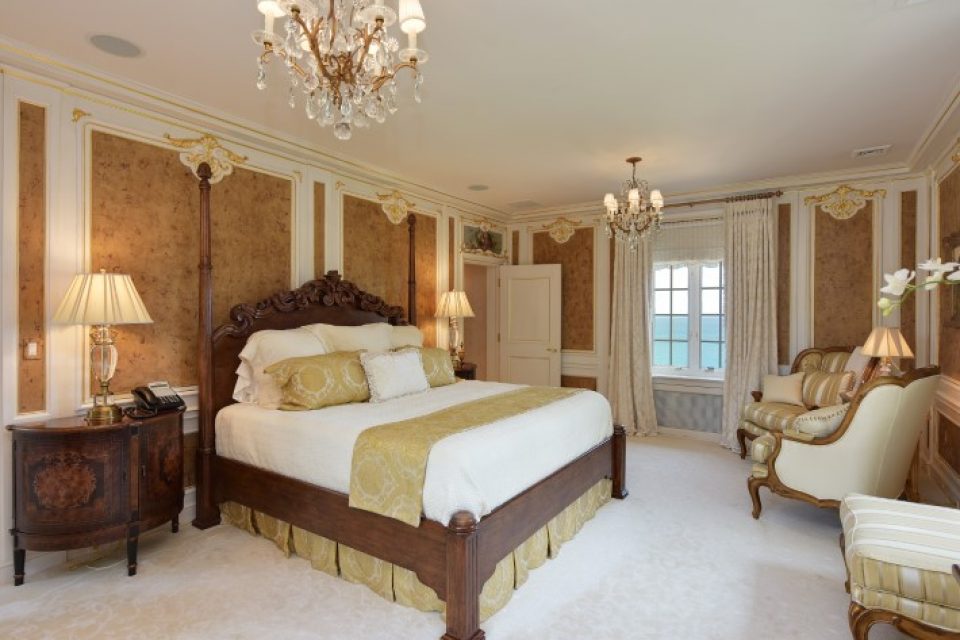 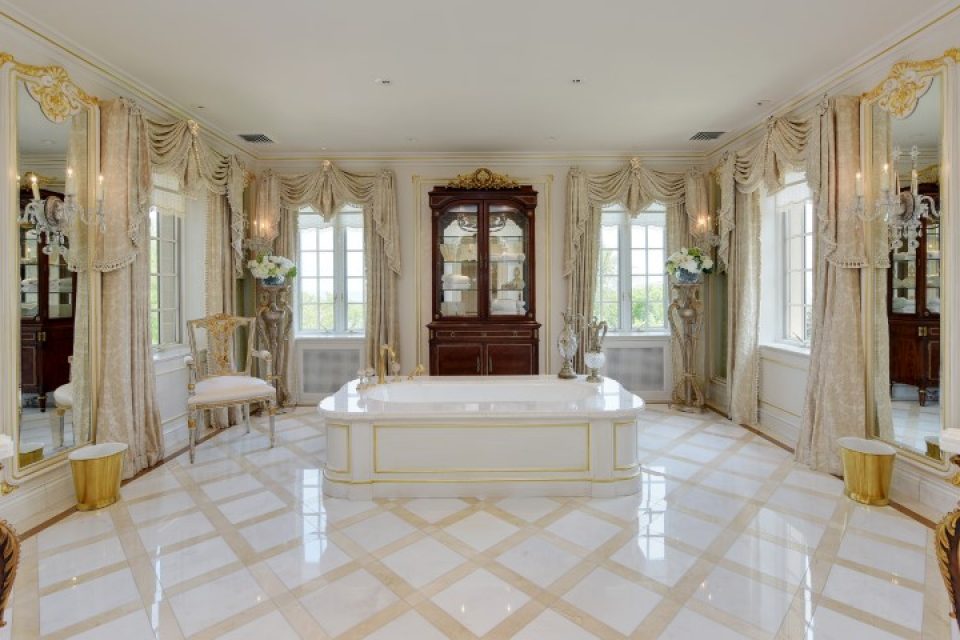 A spacious master bath is filled with light and free standing soaking tub with a view. 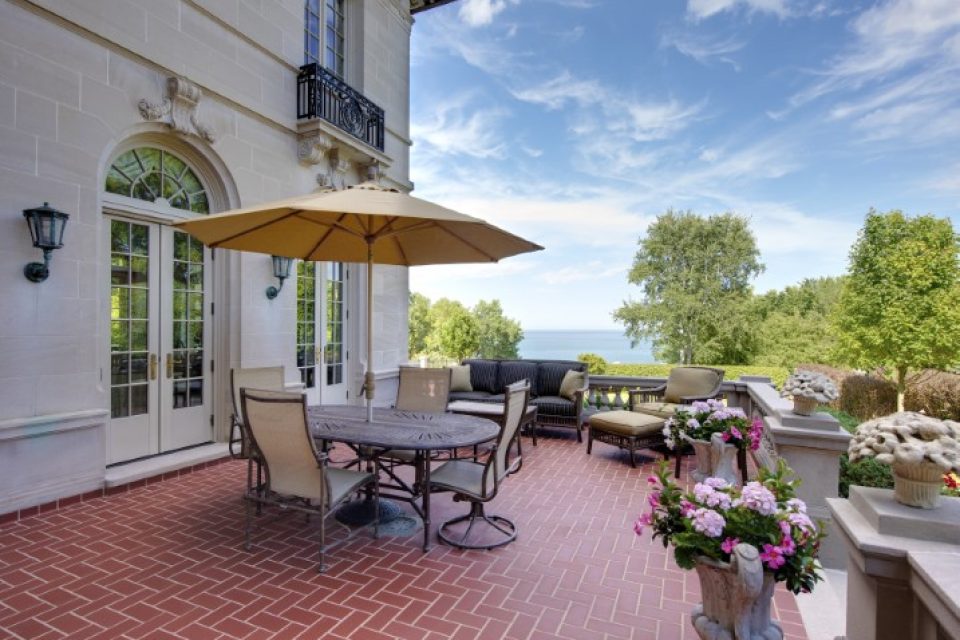 Versatile outdoor terraces with water views are a good spot for sunning or alfresco dining. 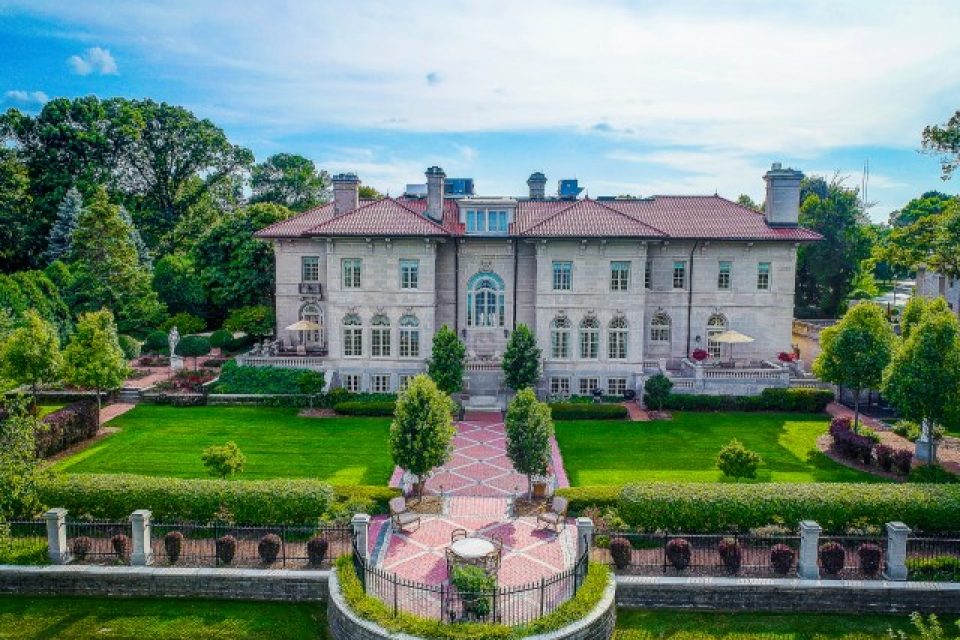 The focal point of the back formal garden culminates at a seating area with terraced views extending to the water's edge.

Milwaukee is known as the Beer Capital of the World, but the quality of the beer wasn’t the only reason. Instead, its reputation was achieved through its proximity to beer-drinking Chicago, cheap lake-shipping transportation, and the aggressive business styles of its brewers. The success of the beer tycoons was apparent in the mansions built from their fortunes such as the Herman Uihlein House on Lake Michigan’s Whitefish Bay built in 1917 for the son of the president of Schlitz Brewery. Before the home was built, the property was the site of the Pabst (Beer) Whitefish Bay Resort with a restaurant, round beer bar with lake views, and a Ferris wheel. The Herman Uihlein House is now for sale at $6.95 million.

In 1849, Welsh settlers opened Milwaukee’s first brewery and named it Milwaukee Brewery. A German competitor opened a second brewery and more followed. It became home to some of the country’s largest brewers such as Pabst, Schlitz, Miller and Blatz. Schlitz became known as Milwaukee’s namesake beer and was known as "The beer that made Milwaukee famous." It was advertised with the slogan "When you're out of Schlitz, you're out of beer."

The Herman Uihlein House was built on three acres on a low bluff at the edge of Lake Michigan, a couple miles north of Downtown Milwaukee; a combination of Italian Renaissance and Beaux Arts architectural styles. Placed on the National Register of Historic Places in 1983, the 13,717-square-foot, two-story house has nine bedrooms and eight baths. Many upgrades have been undertaken since 2018, including a new kitchen, new boiler, new air conditioning system, and elegant new surface materials. Rooms include public formal rooms, a library, billiards room, fitness center, home theater, staff quarters and wine cellar. There are also four fireplaces, a wet bar and underfloor heating. Floors are hardwood and marble.

The estate’s landscape design is symmetrical in form and sits in the middle of the property with a long reflecting pool in the front. The rear landscaping focuses on the big Lake Michigan water views. There are terraced walkways and steps leading to the water’s edge and more steps going into the water. The mansion is designed with entertaining in mind, whether intimate or hosting a large group. One of the home’s owners in the 1990s was Warren Buffet’s Emmy-award-winning son, Peter Buffet, who composed music for Kevin Costner’s Dances with Wolves in a recording studio he had installed in the home.

Beer is still a big deal in Milwaukee with Miller Beer, now officially Molson Coors, employing about 1,500 cheeseheads and pumping out over 7 million barrels of beer a year. Although the city’s other two big beer kingpins, Schlitz and Pabst, have left Milwaukee for L.A., both beers reigned at different times as America’s most popular brand. The names are still seen everywhere in Milwaukee, including the popular Pabst Mansion Museum in Downtown Milwaukee and the Brewhouse Inn which is now a boutique hotel located in the former Pabst brewery building, just west of Downtown. Not too far from Schlitz Park where the "The beer that made Milwaukee famous" was once made. And, of course, the Milwaukee Brewers MLB baseball team plays nearby at their field, formerly known as Miller Park.

The Herman Uihlein House, built for the son of the president of Schlitz Beer, is now on the market at $6.95 million. Listing agents are Peter Mahler and Paul Handle of Mahler Sotheby’s International Realty, Milwaukee, Wisconsin. 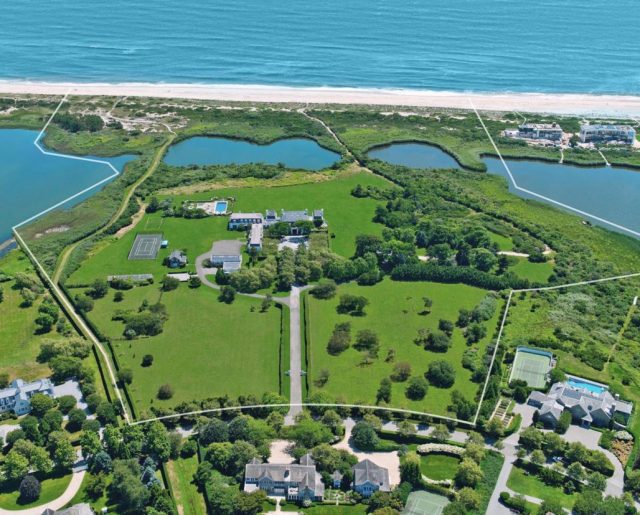 From the Gilded Age to today, the Hamptons has been a summer home for the super wealthy. During a year...Read More