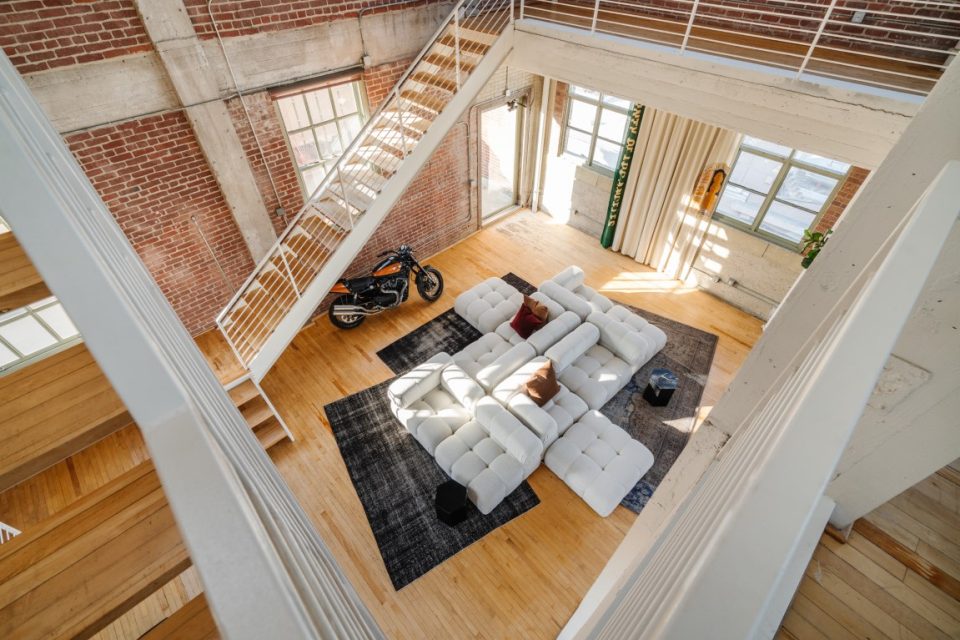 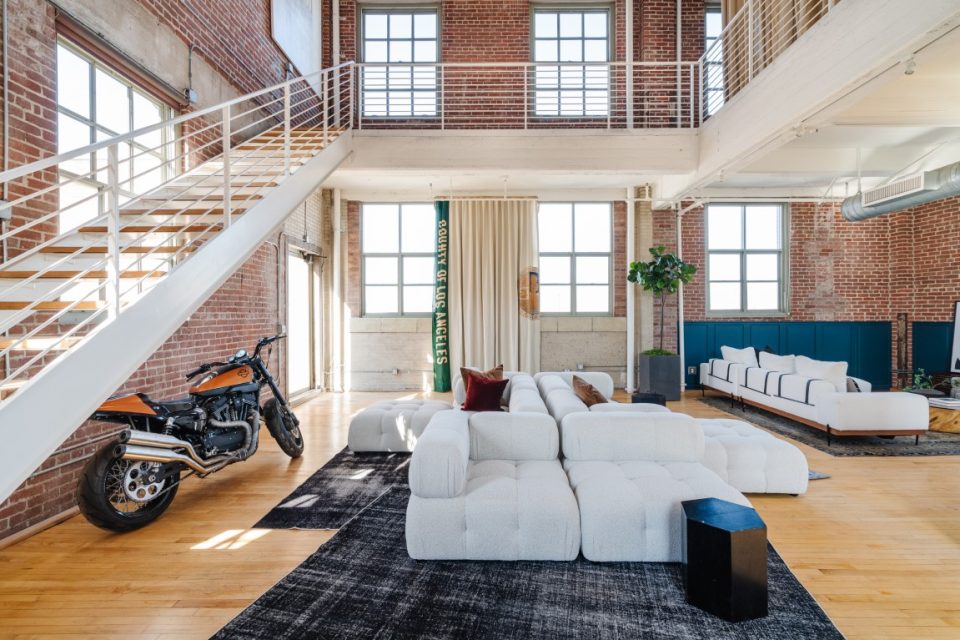 The interior gives an industrial vibe. 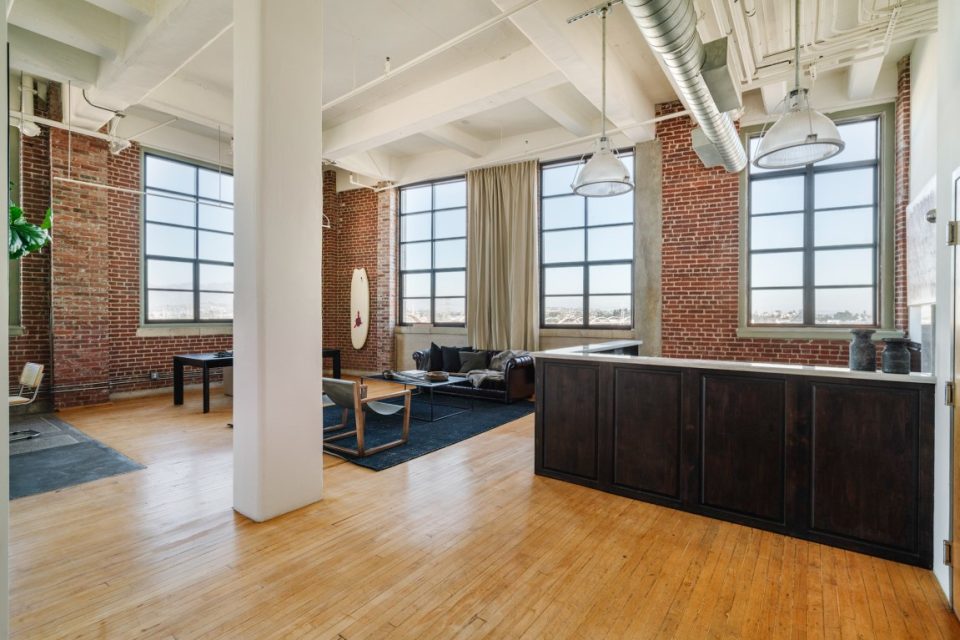 The kitchen blends well into the interior. 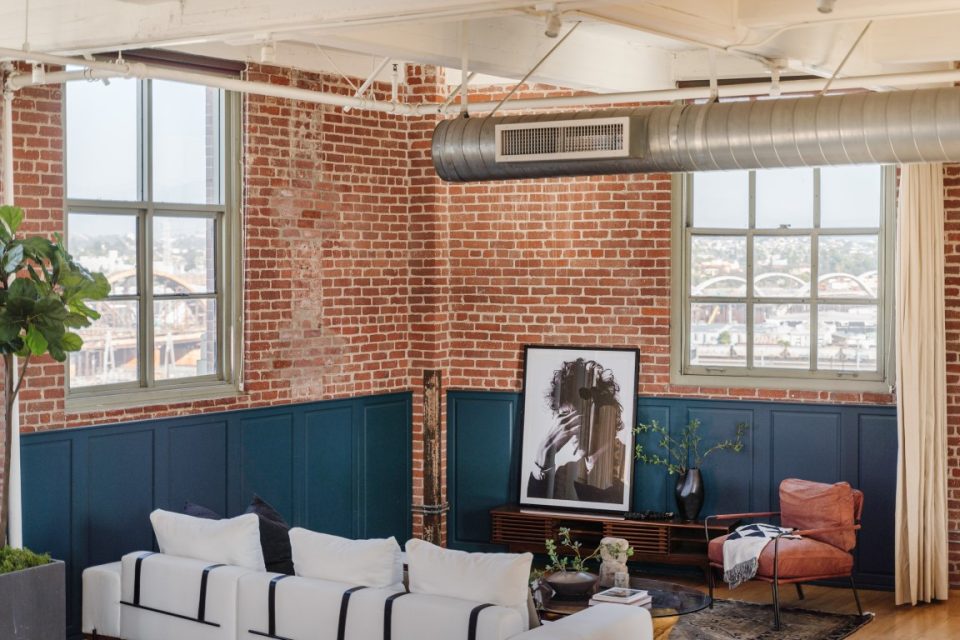 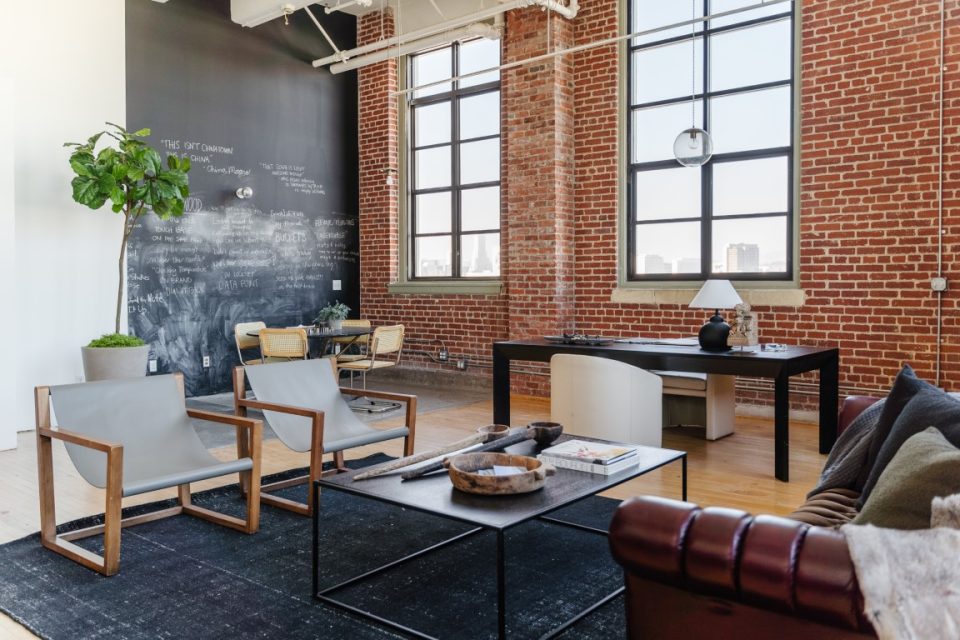 The first floor office area is open and spacious. 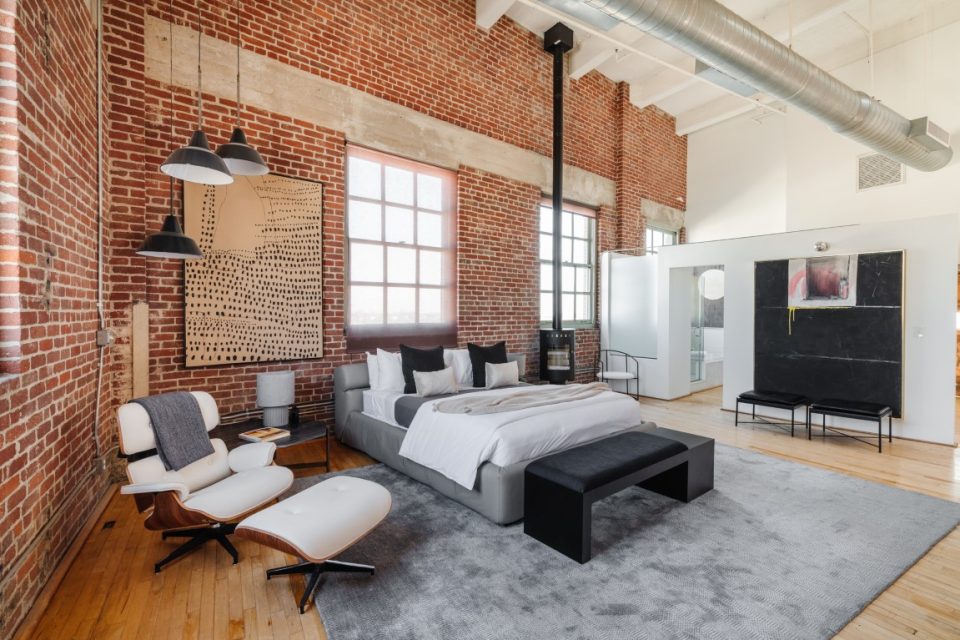 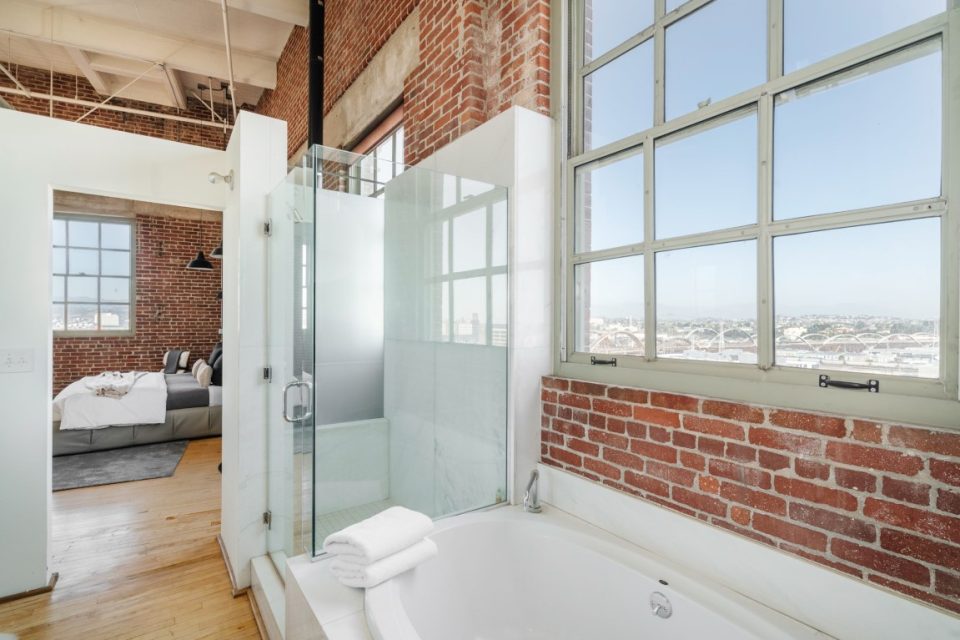 The master bath has amazing views. 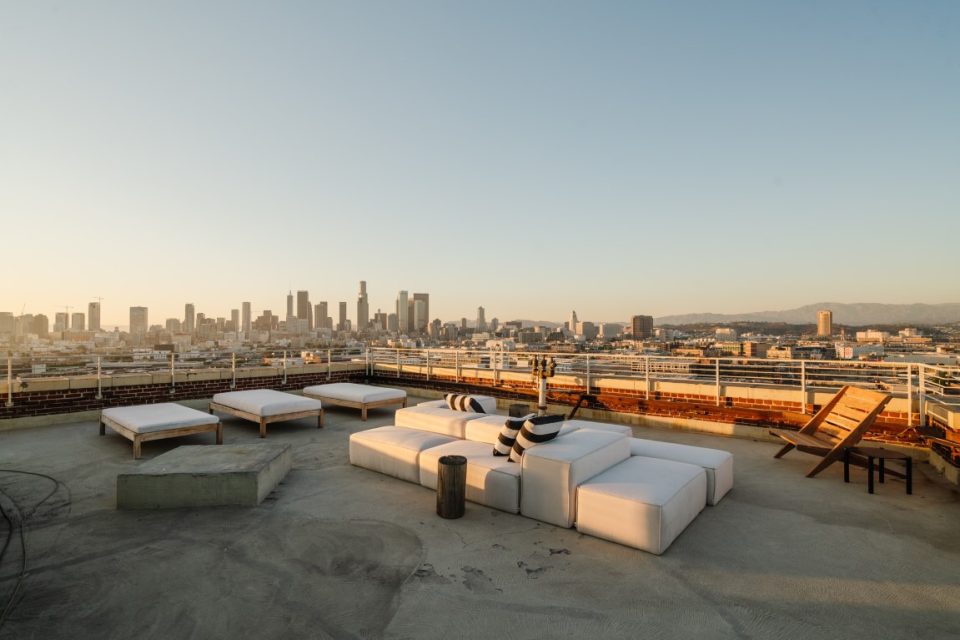 The rooftop terrace offers 360 degree views of the city. 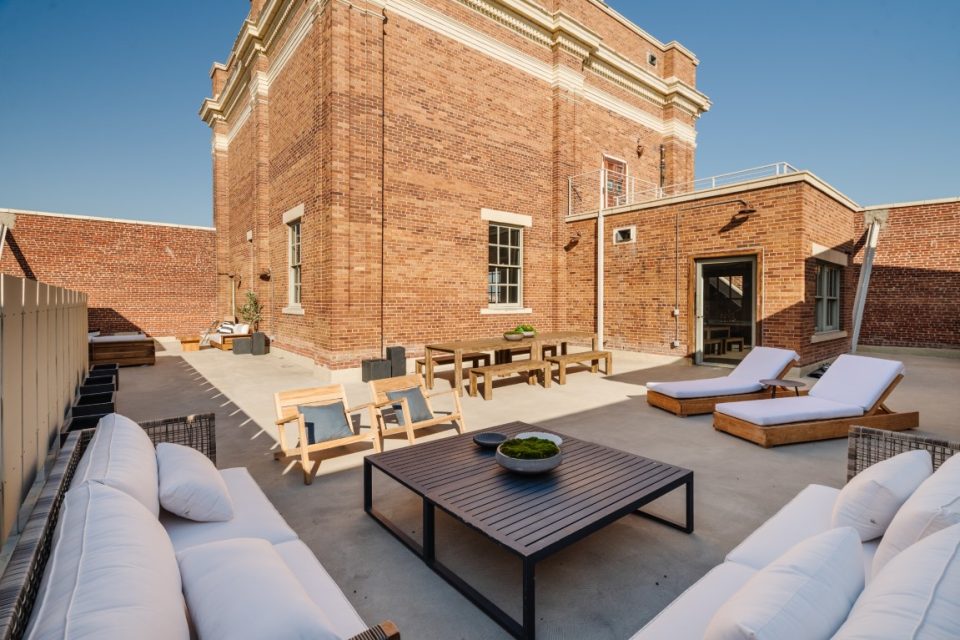 The lower terrace is an expansive entertaining area. 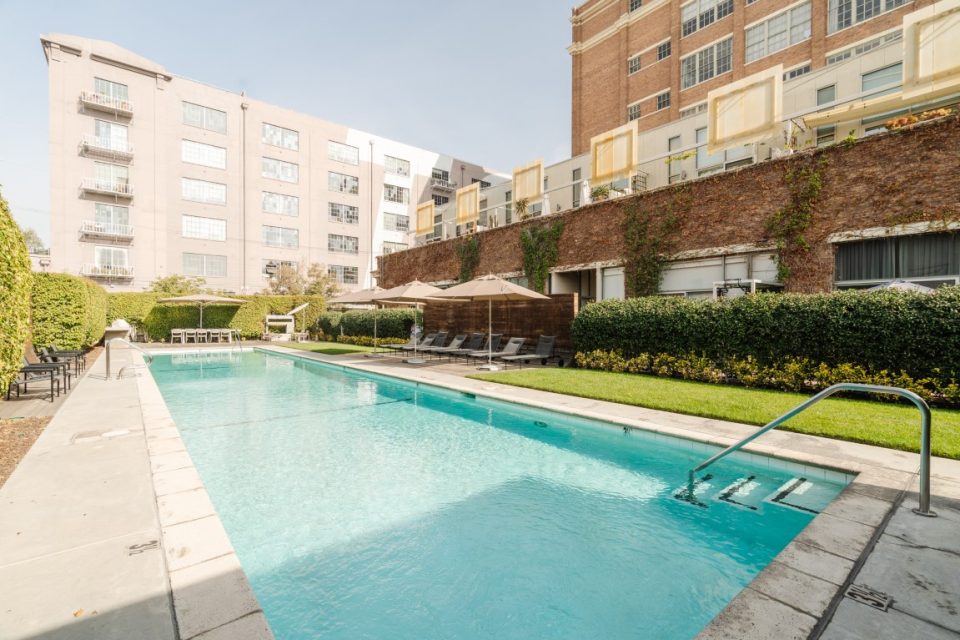 A large swimming pool is included in the building's amenities.

Just as Fast & Furious 10 is starting to film this month, scheduled to debut in May, its Taiwanese-born American film director, Justin Lin, has put his historic Downtown Los Angeles penthouse on the market, located in the thriving LA Arts District.  Originally constructed in 1925 as the West Coast headquarters of Nabisco, it was converted to a live/work community in 2007.  For the last few years, Lin has used the penthouse as an office for his production company, Perfect Storm Entertainment, with residence above.  It is now for sale at $7 million.

Large in scale and with 360-degree views from its rooftop terrace, Lin’s home spans three levels, including the 7th through 9th floors, has wide open volume with open stairs working their way to the top level.  The same year the building was converted, it was declared a Historic Cultural Monument.  Currently offering two bedrooms and three baths, much of the space can be utilized in different ways with creative vision.  There is 4,300 square feet of interior space and an additional 3,600 square feet of outdoor terrace space that can be used for anything from entertaining, a half-basketball court, and even a hot tub.  The second floor houses the main living spaces and kitchen, while the entire third floor is dedicated to the owner’s suite.  Office or creative space can reside on its first floor. The fetching element, aside from its industrial vibe, is that the space is so flexible the owner has multiple options for the use of the space depending on their lifestyle. The building is extremely private with around-the-clock concierge, a swimming pool, and the tax-saving Mills Act.

There has been a recent resurgence for LA’s Downtown and Arts District with a new Whole Foods, new indie restaurants, three just-launched breweries, art galleries, boutiques and the revitalized Grand Central Market. The members-only Soho Warehouse opened in 2019 with a hotel, gym and two restaurants directed at LA’s creative crowd. A group of savvy celebrities also have their eye on the neighborhood such as Johnny Depp who owns several condos in the area.

The listing agents are Justin Alexander and Tab Howard of the Alexander Group, Compass, Los Angeles and Jimmy Lin of One True Loan, Los Angeles. 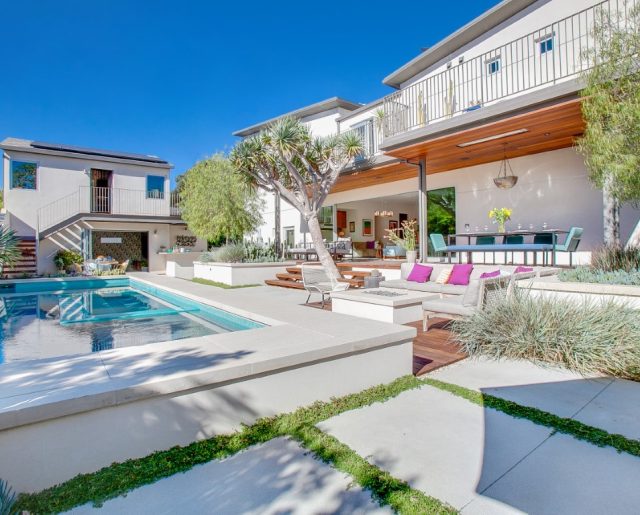 It’s always fun to take a look into the homes of Hollywood movers and shakers and if you’re a fan...Read More