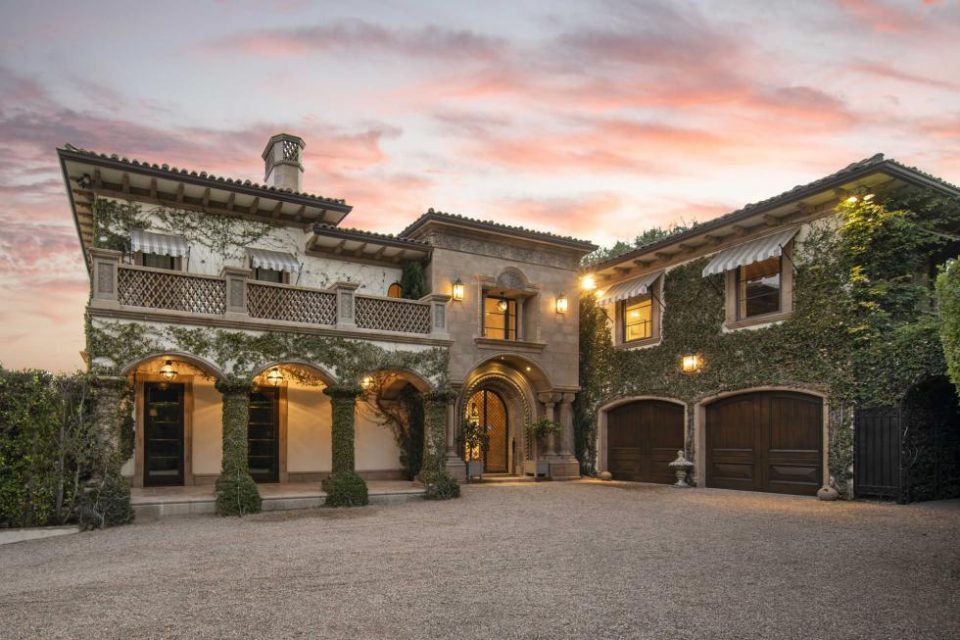 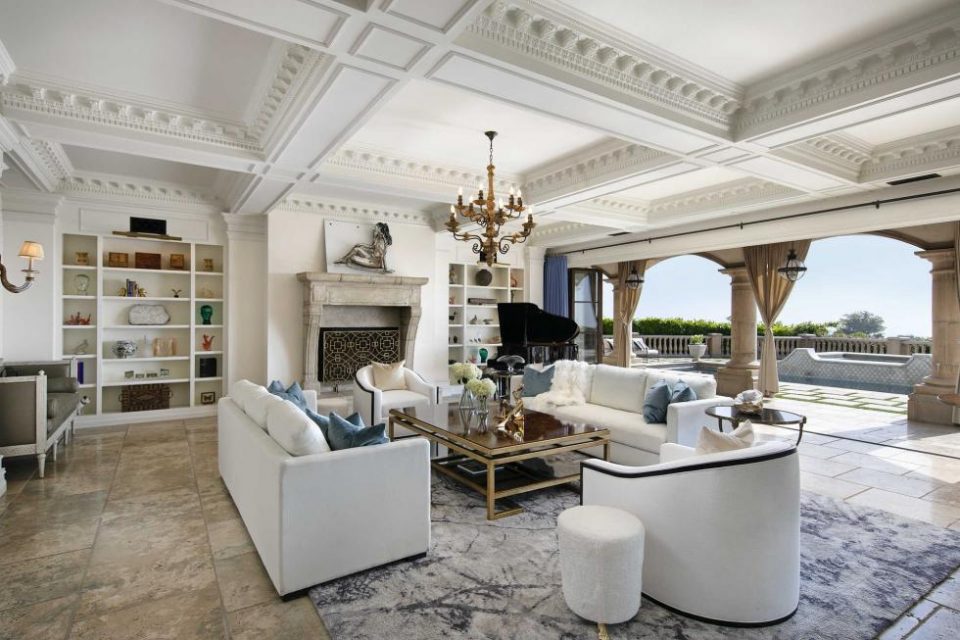 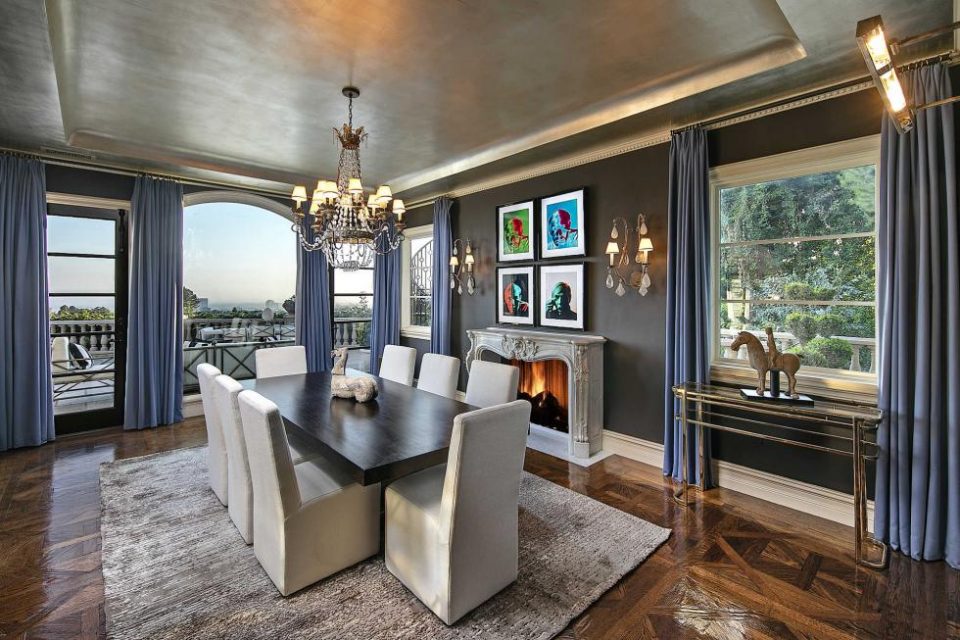 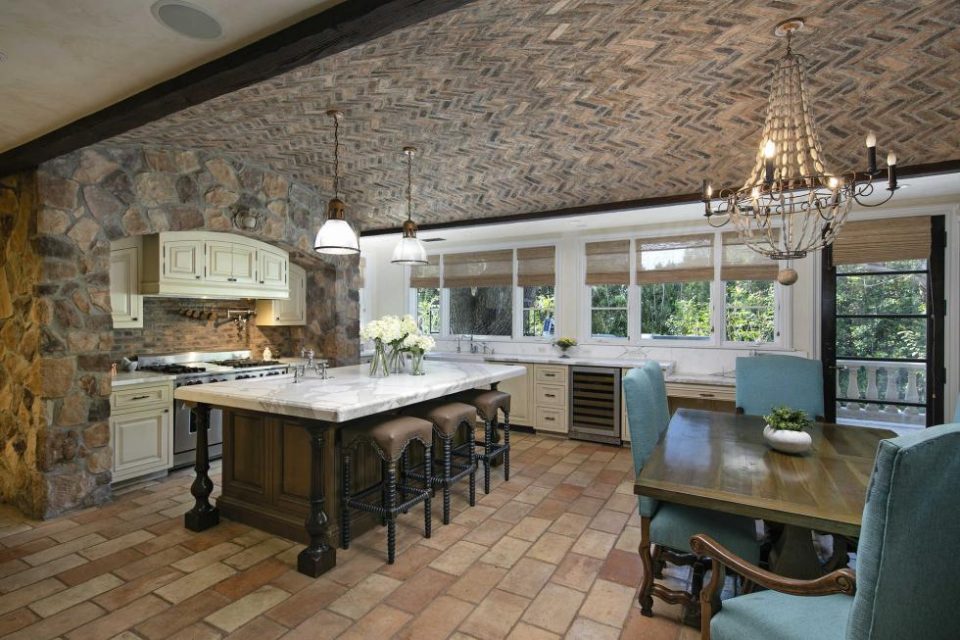 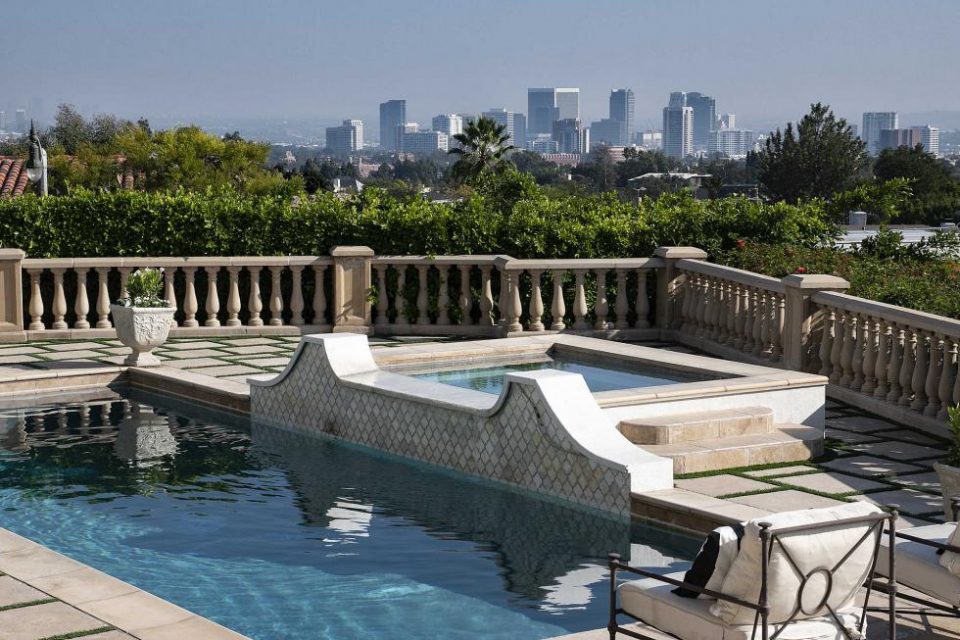 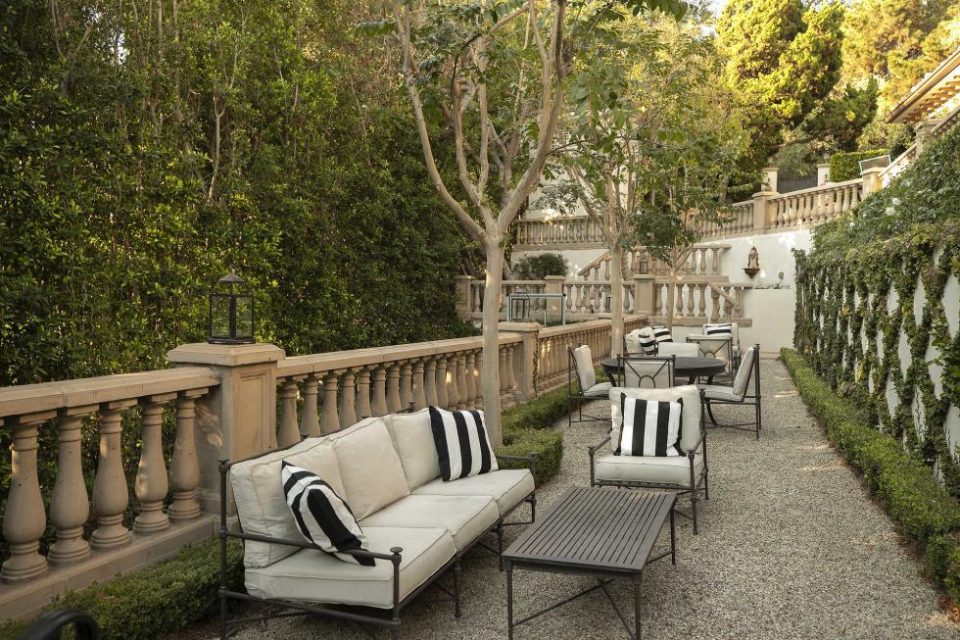 Sultry jazz singer, songwriter and screen actress Peggy Lee, who popularized Lover, Fever and Is That All There Is?, who could pack concerts tighter than Frank Sinatra and whose fans included Albert Einstein and Aldous Huxley, lived until her 2002 death in this French Regency-style estate in Los Angeles’ elite Bel Aire neighborhood. It is currently on the market priced at $9.995 million.

Built in 1969 and designed to host event-sized parties, this stunning two-story Bel Air mansion practically begs it’s owners to entertain, show off its regal interior and stroll its Old World-style terraced gardens with lush plantings, fruit trees and roses. The entry doors in the vine-covered exterior walls are replicas from a historic church in Oxford and open into a soaring foyer with circular staircase and a chandelier that Peggy Lee sourced from a Paris flea market. Measuring 6,062 square feet with five bedrooms, seven baths and views overlooking Los Angeles, tree tops and the Pacific, the home has six tuscan-style fireplaces, a great room overlooking the views to the ocean over the terrace with European style pool and spa, a den, library and an Old World style kitchen with unfinished Venetian plaster walls, a Calacatta marble slab island, dining area and a barrel-vaulted ceiling of hand-laid imported ile imported from an Italian estate. Antique flooring is from an historic villa in the South of France and appliances are Wolf and Miele. An elevator ascends to the second floor where there is a two-bedroom master suite and two separate guest suites. A rooftop terrace offers panoramic views and the home is on one of the few cul-de-sacs in Bel Air, offering additional privacy.

Peggy Lee was discovered by Benny Goodman, the popular bandleader, while singing in a nightclub in 1940. By 1943 Lee left the band and was making a name for herself with her whispery singing style appearing with the country’s biggest pop stars - Frank Sinatra, Perry Como and Bing Crosby, all of whom also got their start with the Big Bands. Well known for popularizing the songs Fever and Is That All There Is? and multiple popular albums, her songs became especially meaningful to those leaving for deployment in World War II and to those they were leaving behind. Her singing skills eventually parlayed her into film acting, more songwriting and voice overs for Disney animations. Lee was nominated for twelve Grammy Awards and in 1995, given the Grammy Lifetime Achievement Award. In 1999, she was inducted into the Songwriters Hall of Fame. 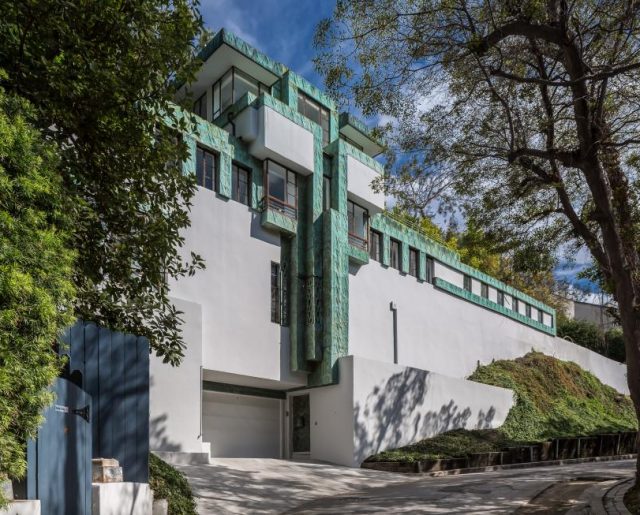 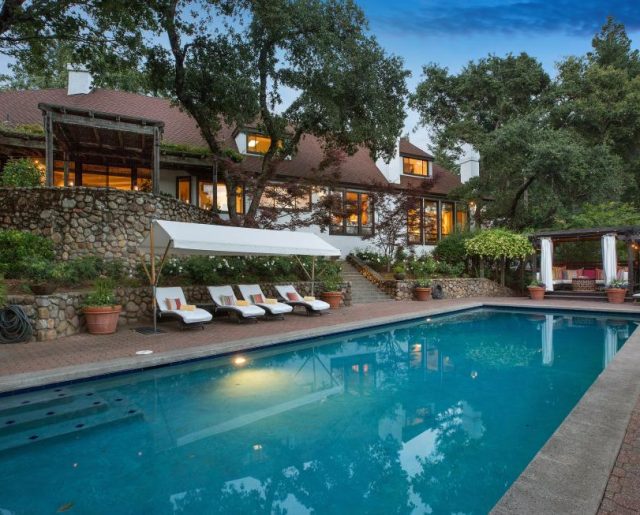