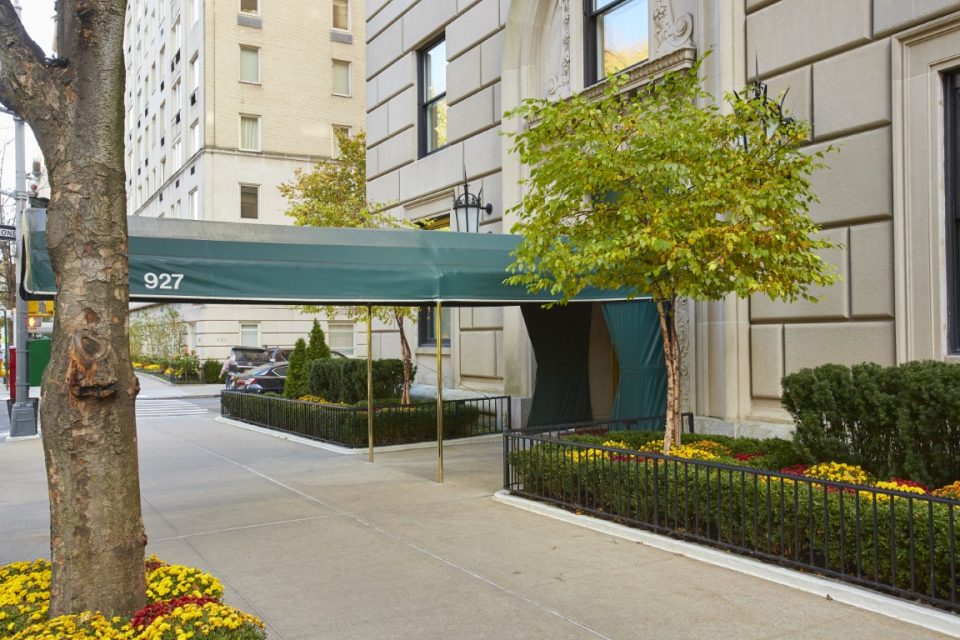 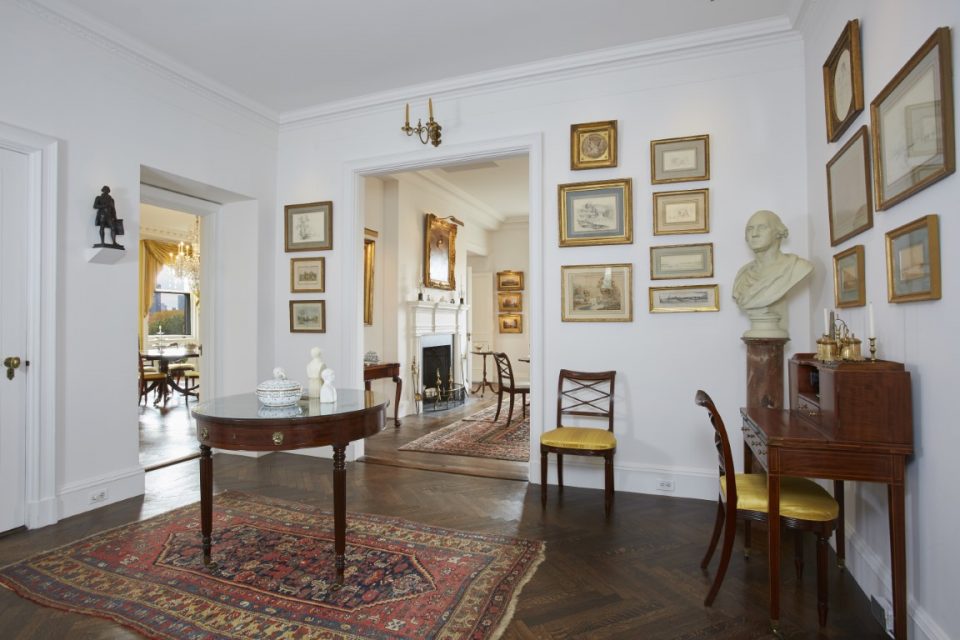 927 Fifth Avenue was built in 1917 in the Renaissance Revival style. 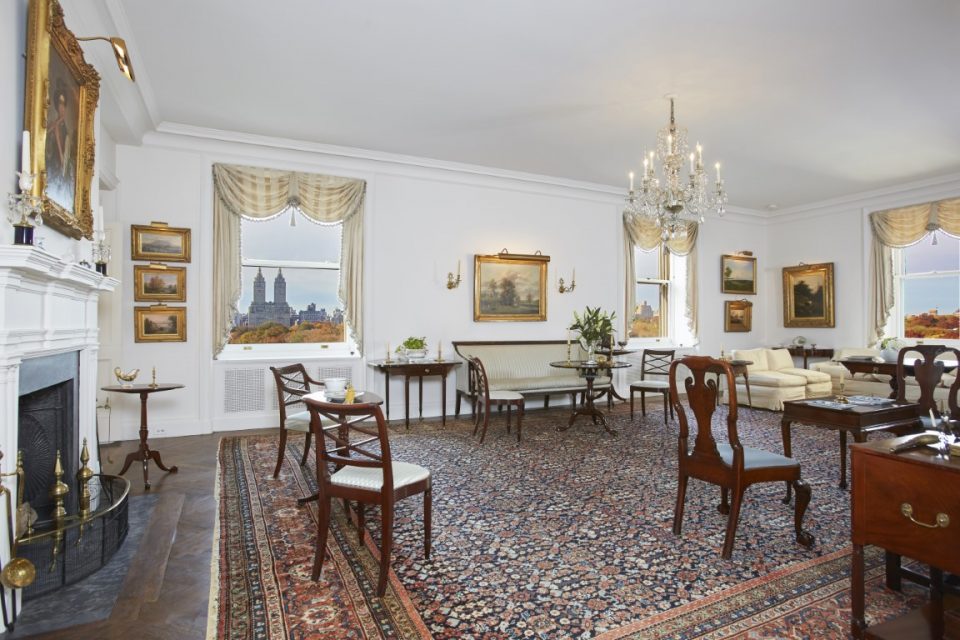 With over 5,000 square feet, rooms in the pre-war building are quite spacious. 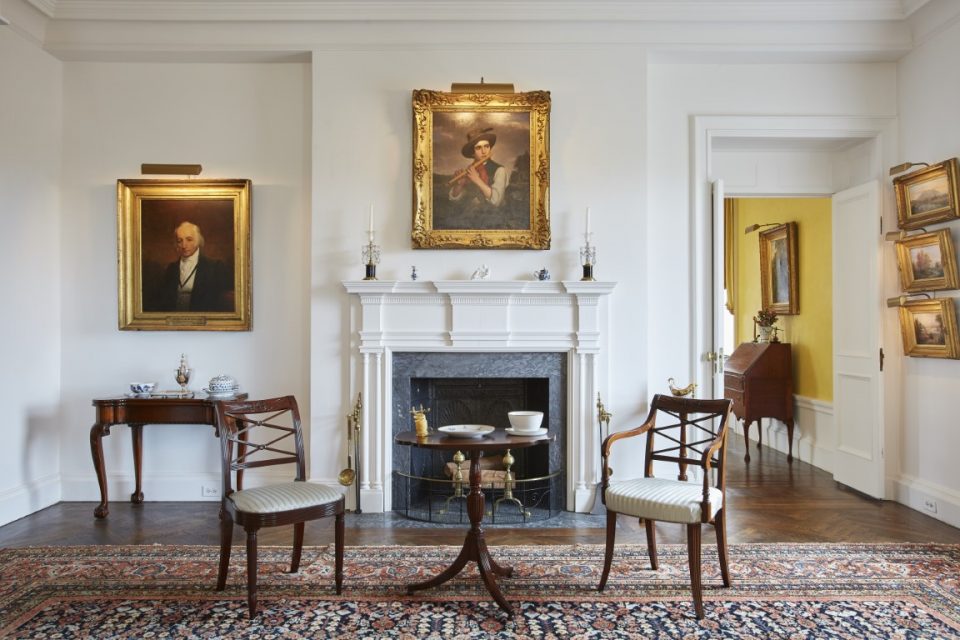 The formal living room has one of the six fireplaces. 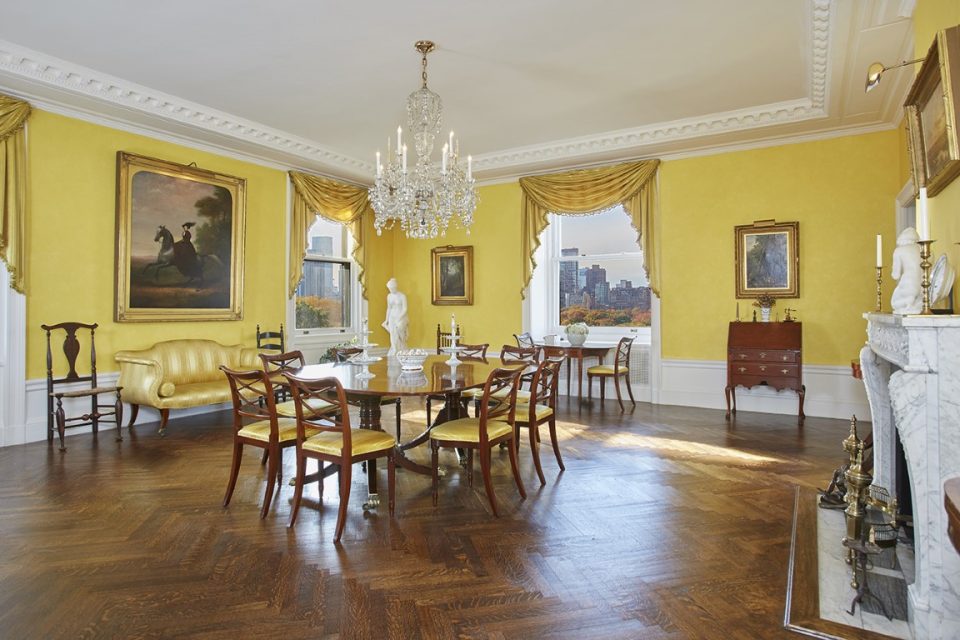 The formal dining room has views over Central Park. 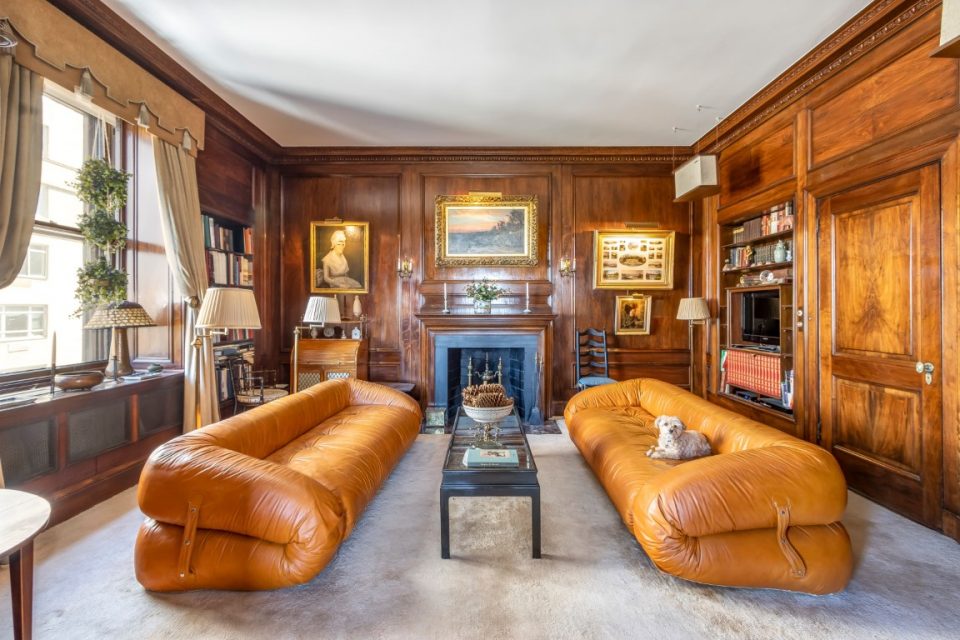 The library gives the feeling of warmth with its paneled walls. 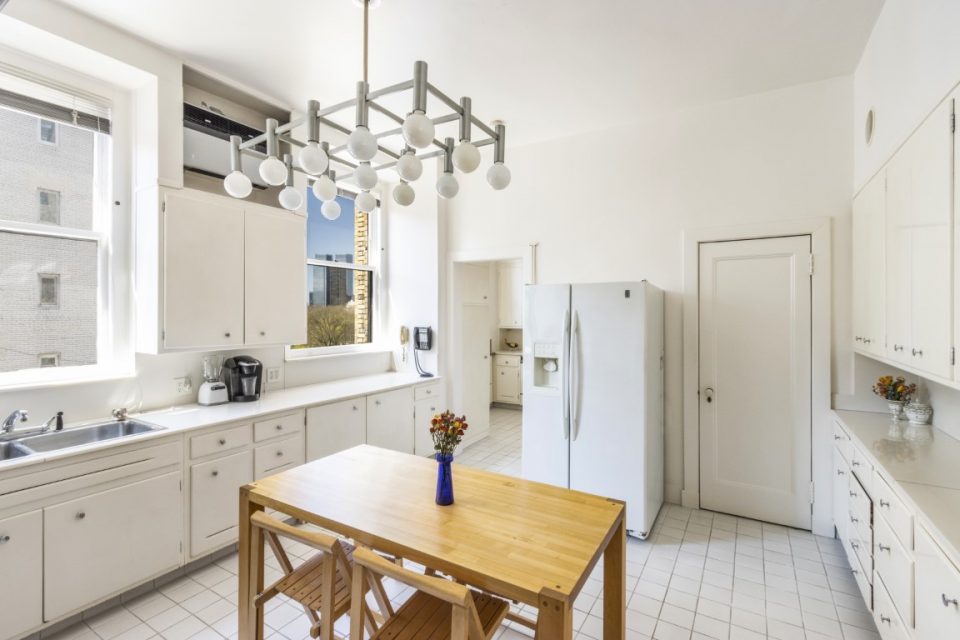 The eat-in kitchen is bright and cheerful. 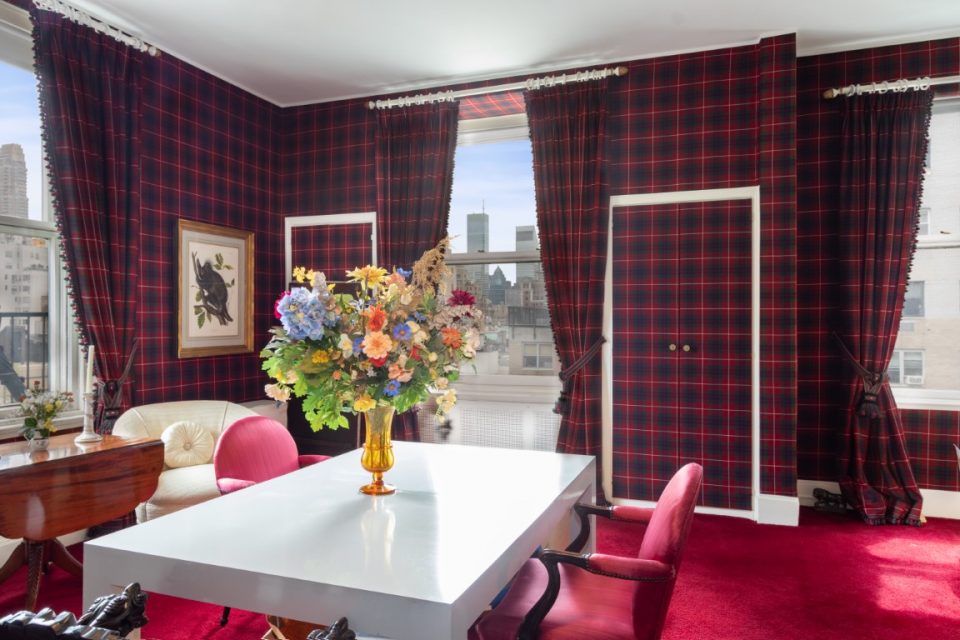 The home office, also referred to as the red room, has city views over Central Park's treetops. 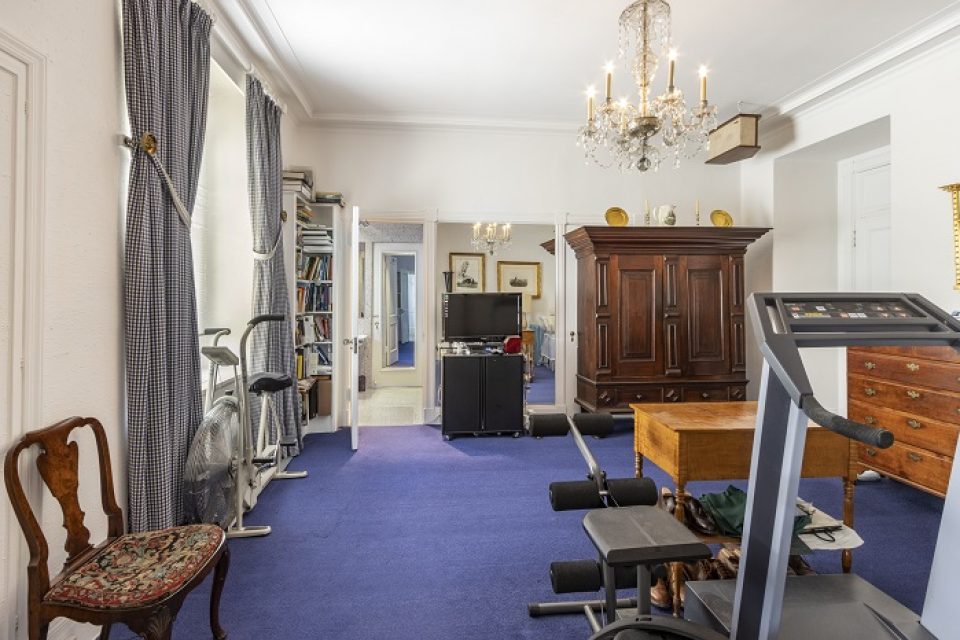 The home gym is spacious enough for almost any type of workout. 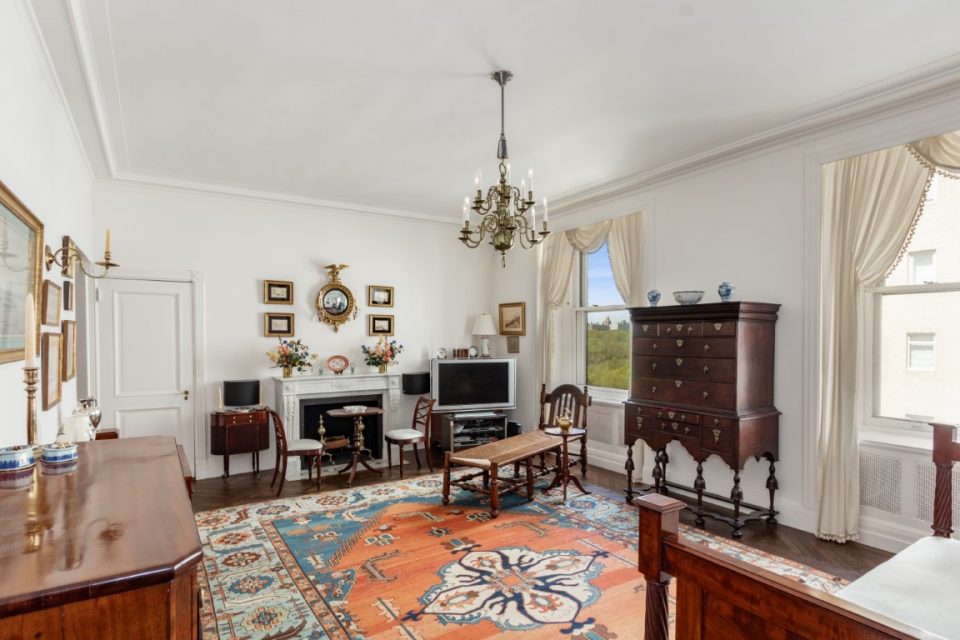 Another fireplace graces the master suite. 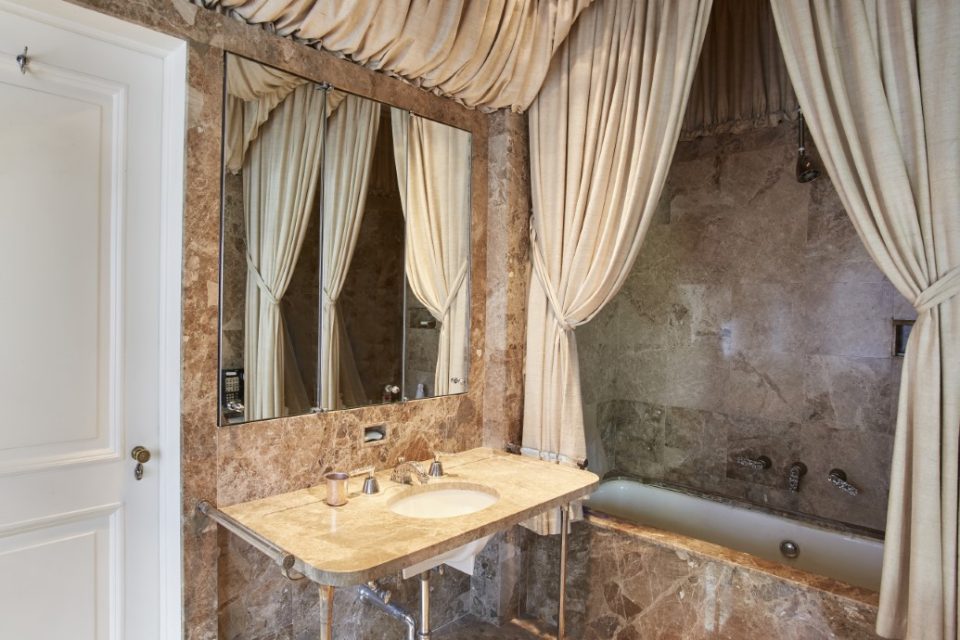 The master bath is finished in marble. 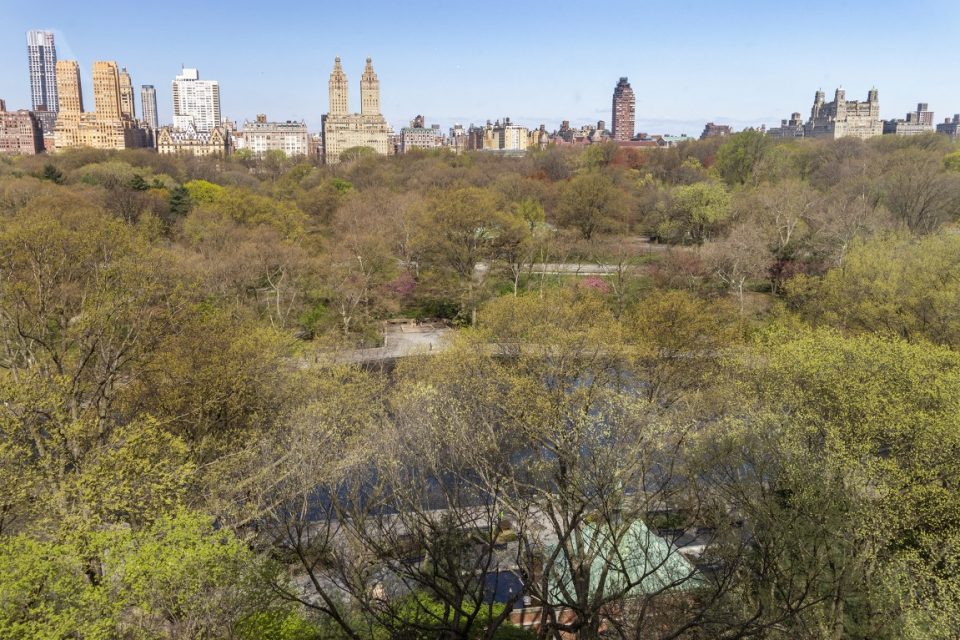 Views of Central Park and the city skyline are spectacular.

Known throughout the world as the King of Diamonds and Jeweler to the Stars, Harry Winston’s jewelry designs have been sought after by movie stars, royalty and heads of state since the 1920s.  Showing exceptional talent as early as age 15 for spotting valuable stones, Harry left his parents small jewelry business in California and moved to New York City, where he became a legendary diamond and jewelry specialist. The Winston name became synonymous with fine jewelry such as in the 1953 song “Diamonds Are a Girl’s Best Friend” sung by Marilyn Monroe in the movie Gentlemen Prefer Blonds and Lauren Weisberger’s best-seller Chasing Harry Winston. He was well known for lending his glitziest jewels to actresses to show off at the Academy Awards, but Harry was especially famous for his donation of the Hope Diamond to the Smithsonian in 1958. Harry owned the Hope Diamond for 10 years. Something else he owned for a long time: his jewel of a New York apartment with stunning views overlooking Central Park, which is now on the market, priced at $32.5 million.

One of New York’s premier white-glove addresses located directly across from the water basin in Central Park, 927 Fifth Avenue was built in 1917 in the Renaissance Revival style on 12 floors. Located on the entire 9th floor, Harry’s former apartment has six bedrooms, five bathrooms, formal living and dining rooms as well as a library, butler’s pantry, an eat-in kitchen, six fireplaces, 27 oversized windows, herringbone floors and 10’6’ ceilings. With over 5,000 square feet, rooms in the pre-war building are quite spacious, as befitted the period.

Designed by Warren & Wetmore, well known for designing New York’s Grand Central Terminal and many of the era’s largest hotels, including the Mayflower Hotel in Washington D.C. and the Royal Hawaiian Hotel in Honolulu.  Former residents of the building have included Paula Zahn and Mary Tyler Moore.

Though Winston died in 1978 at the age of 82, the Harry Winston salons are still the gold standard of jewelry stores with locations throughout the world, including the U.S., England, China, Switzerland, Germany and Japan.

The 927 Fifth Avenue listing agent is John Burger of Brown Harris Stevens and Louise Beit of Sotheby's International Realty, both located in Manhattan. 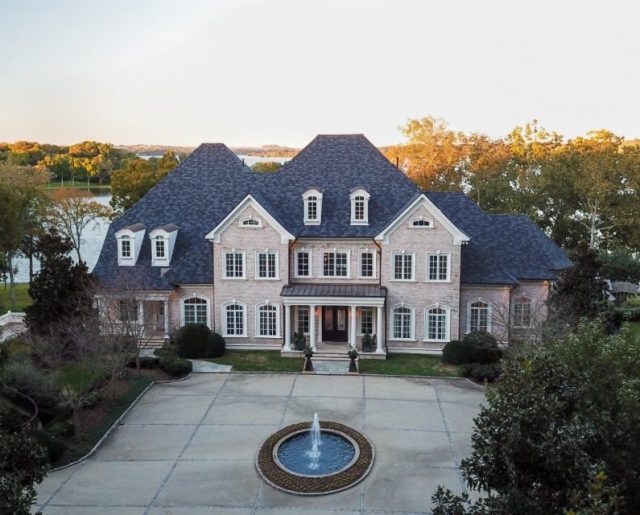 It may have taken four years, but singer, songwriter, and talk-show host, Kelly Clarkson, has sold her gorgeous lake house...Read More