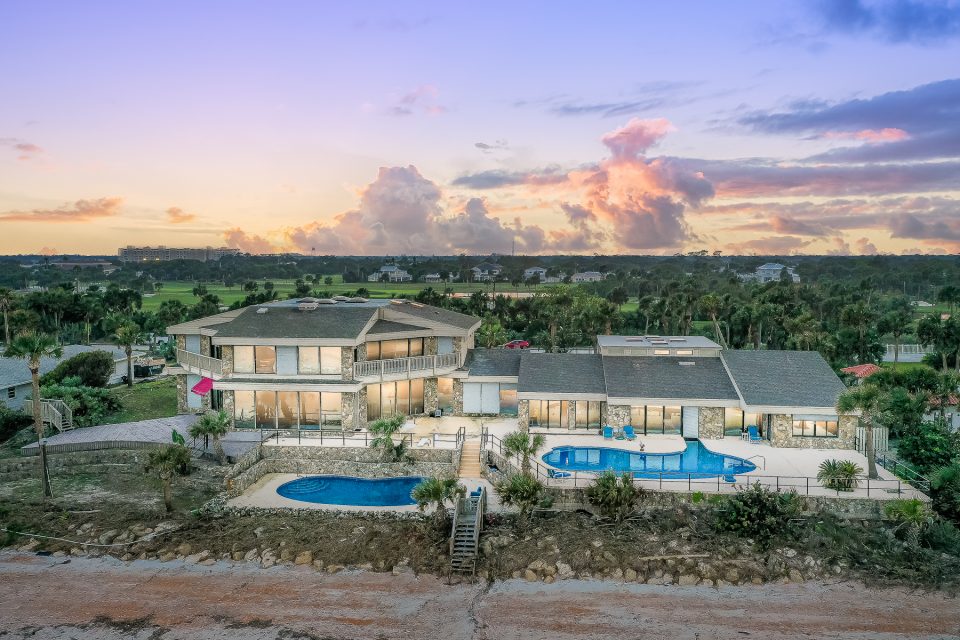 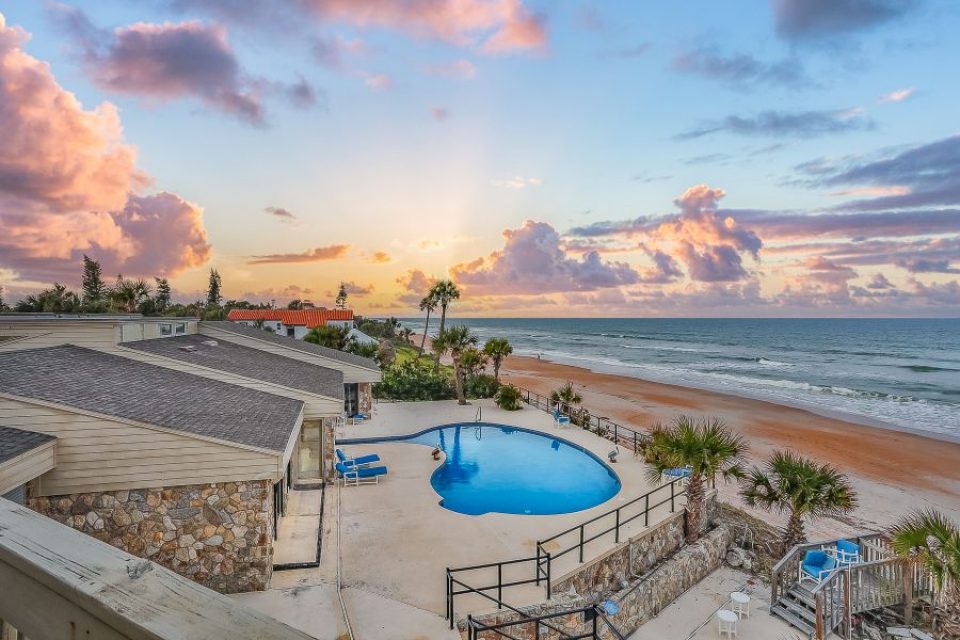 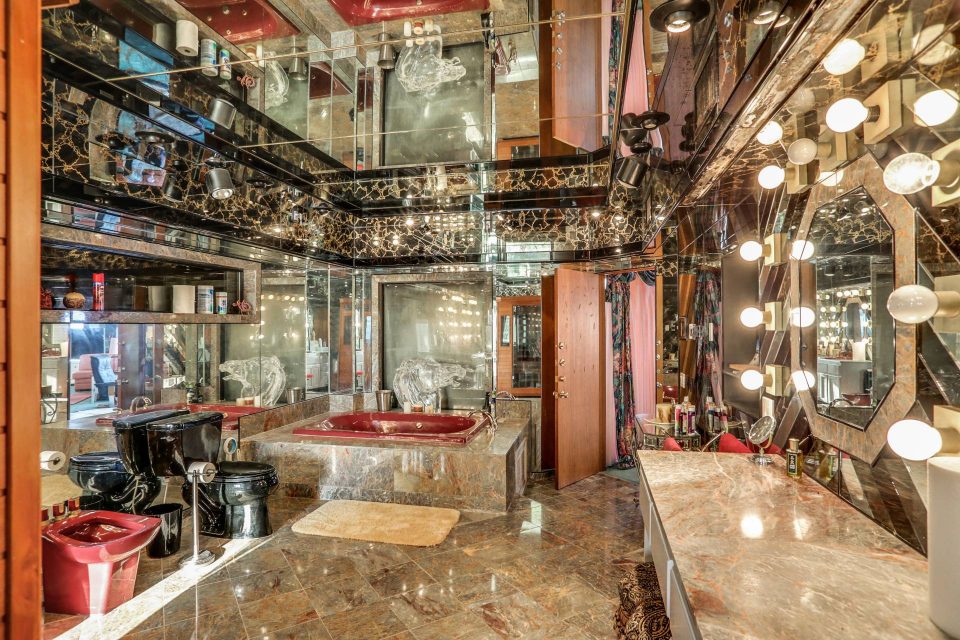 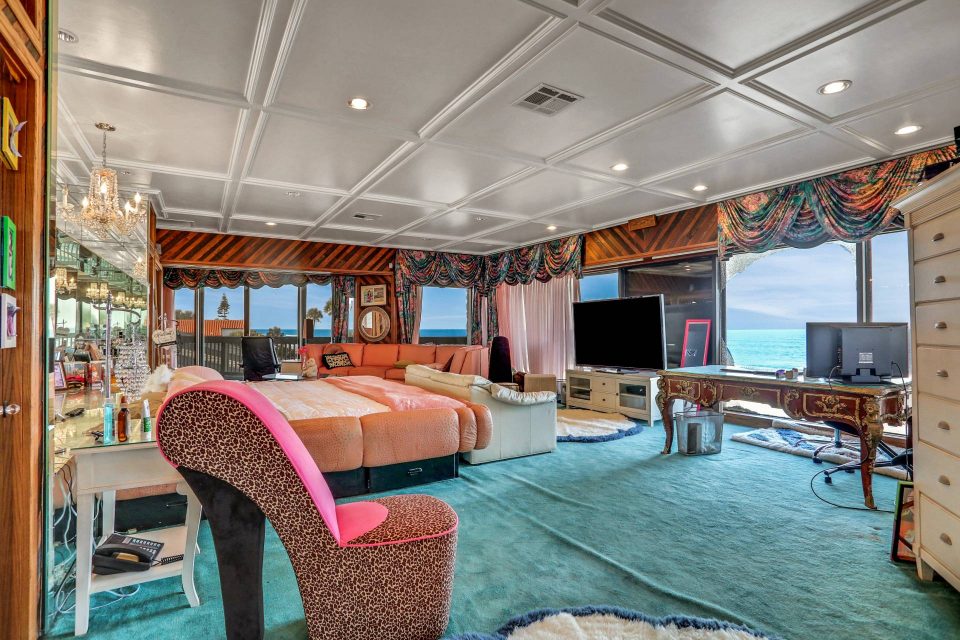 Lavish master suites include thier own balconies. 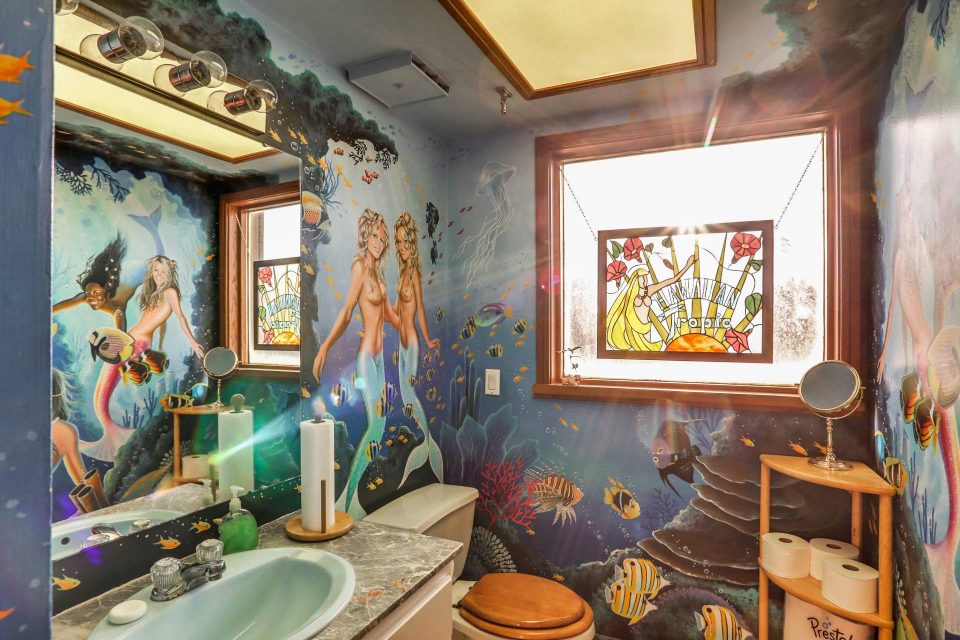 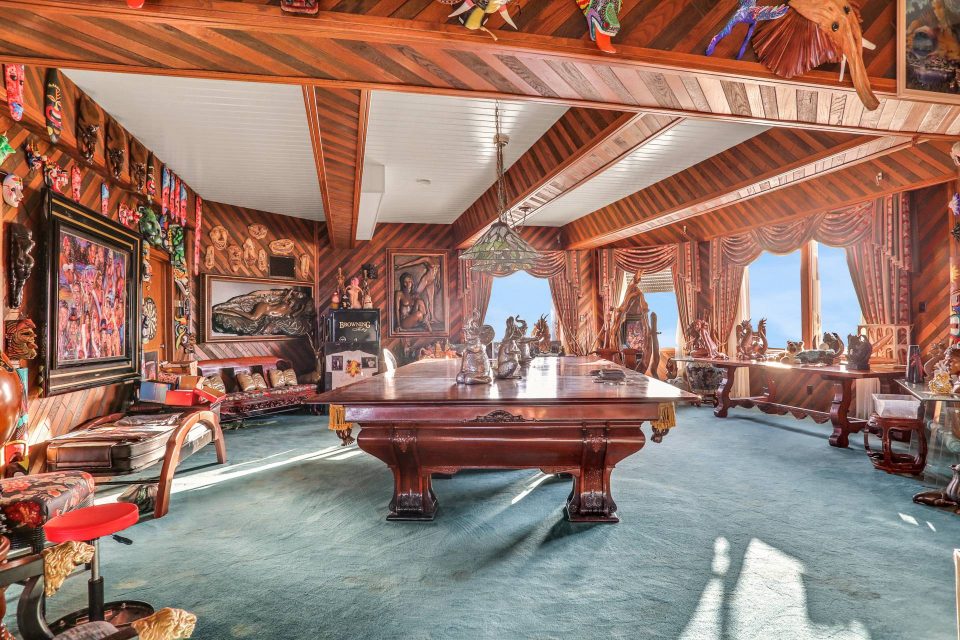 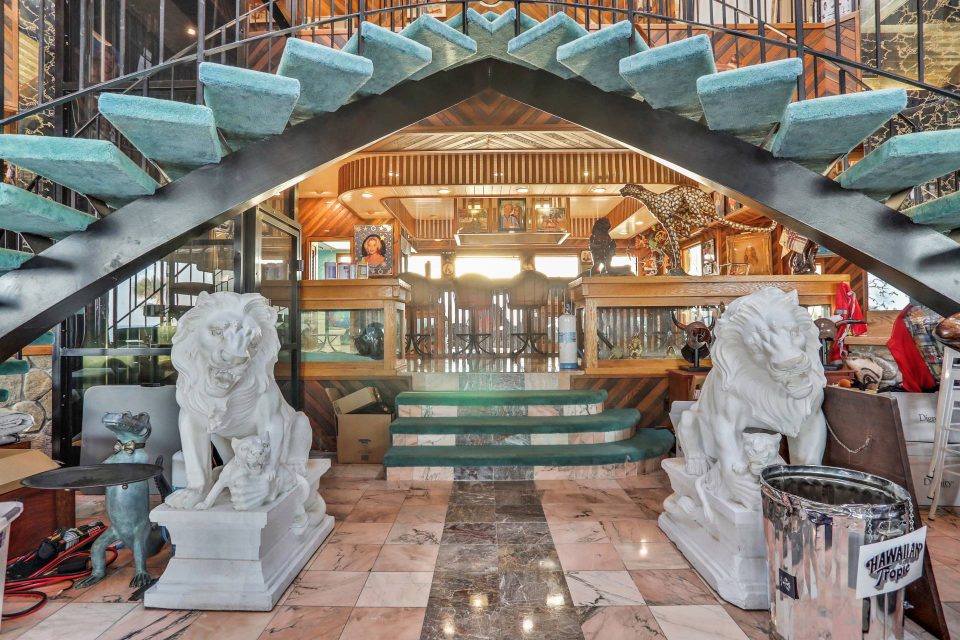 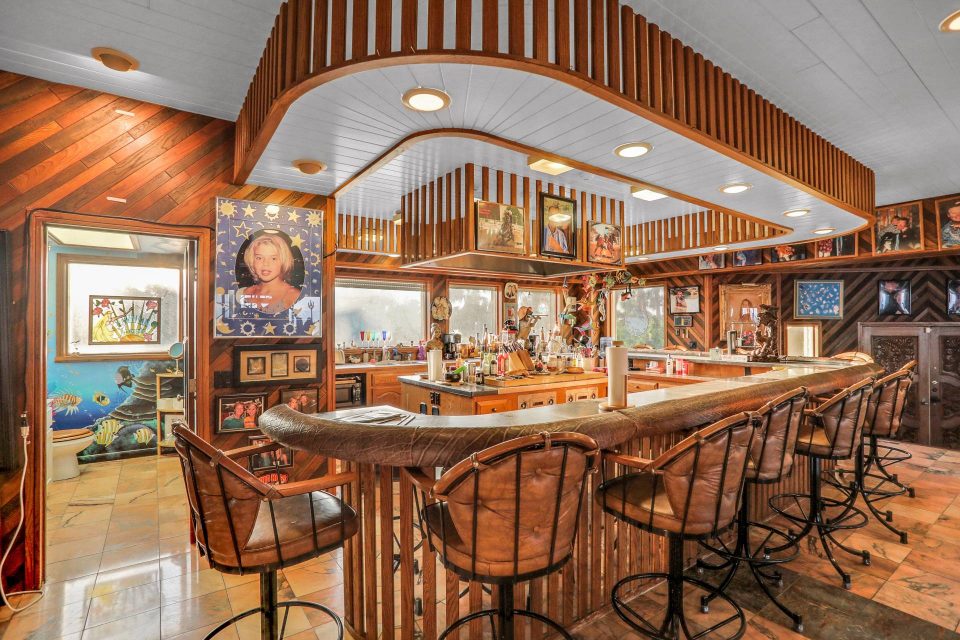 The kitchen includes a wrap-around bar. 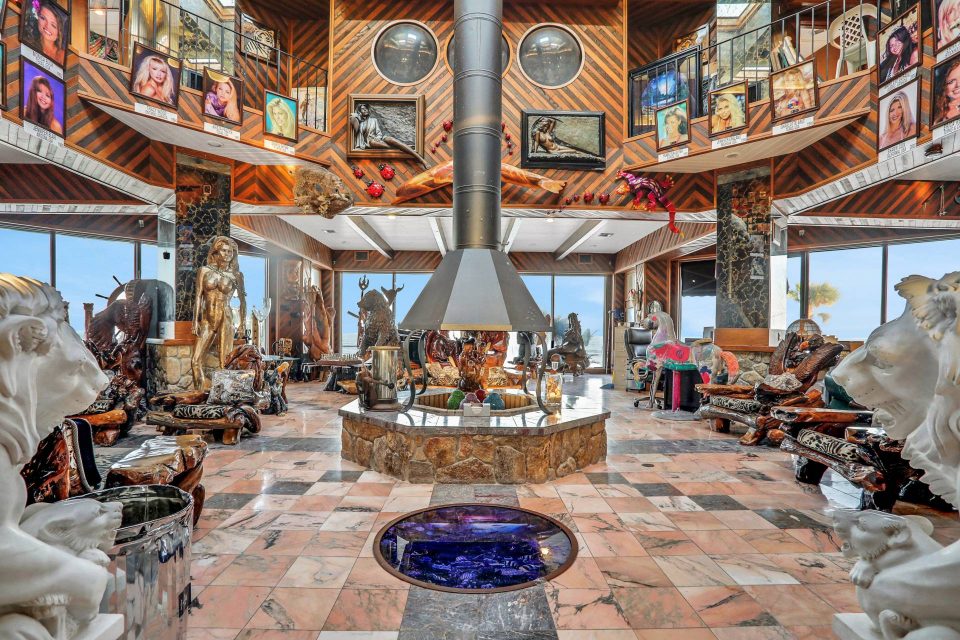 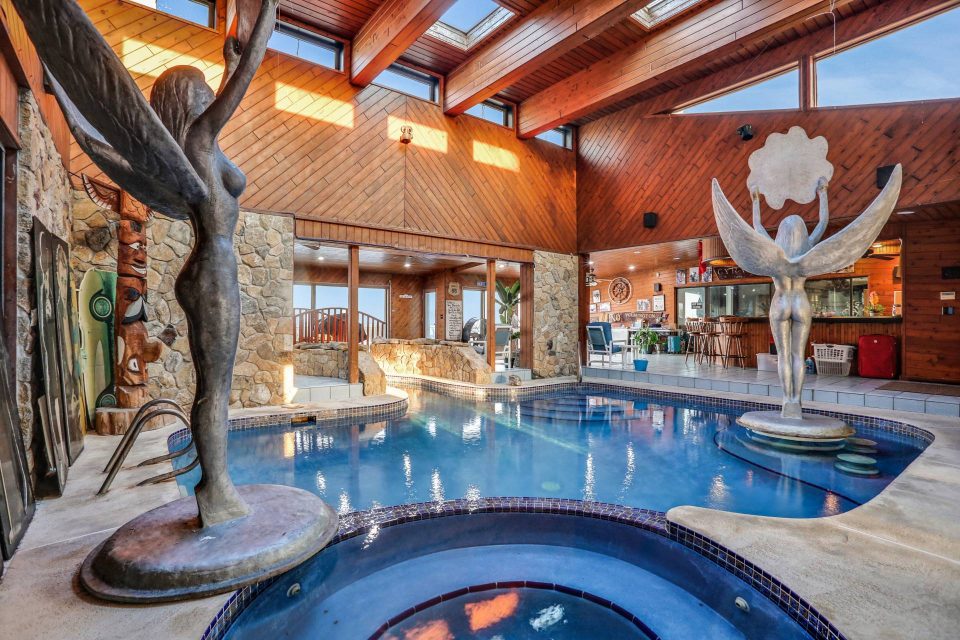 Throw pool parties any time of the year with this indoor pool. 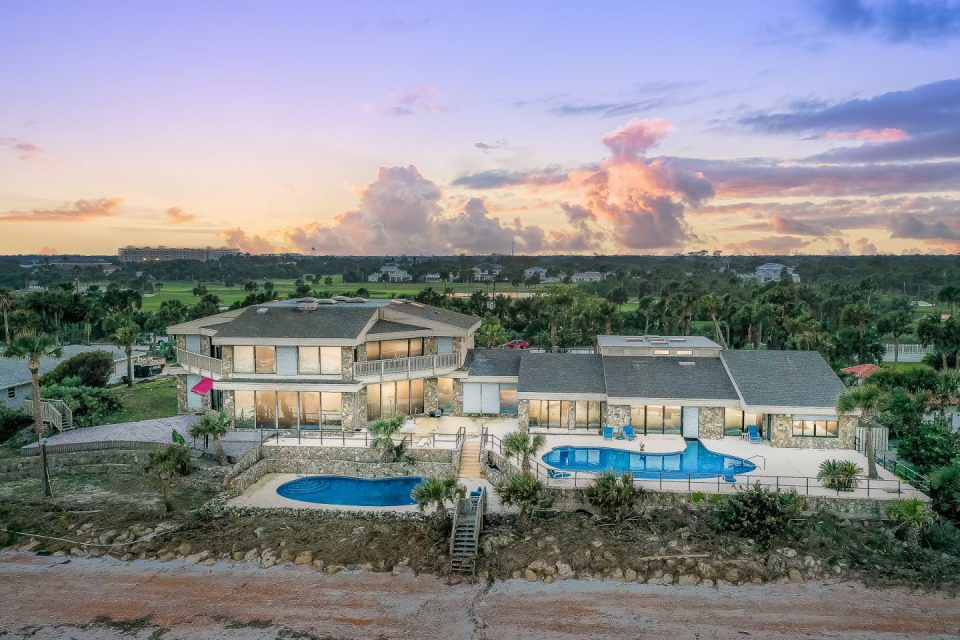 The listing is held by Bill Navarra of Realty Pros Assured.

Ron Rice, who died in 2022 at the age of 81 in Daytona Beach, went from high school chemistry teacher to multi-millionaire, suntan lotion tycoon with his Hawaiian Tropic suncare brand. A poor boy from the hills of North Carolina, the ambitious Rice fell in love with Florida’s beaches and the sun-and-sand lifestyle. First mixing his prototype concoctions in a 20-gallon trash can, he launched his company in 1969 and grew the brand into a veritable empire with $110 million in sales before selling to Platex (makers of Banana Boat) for $83 million in 2007. Hawaiian Tropic sponsored bikini contests, the  Miss Hawaiian Tropic International model search, and the Hawaiian Tropic Zone bikini restaurant in Times Square, while Rice made friends with The Beach Boys, Donald Trump (who met his second wife, Marla Maples, at one of Rice’s model searches), Hugh Hefner, Jerry Lee Lewis and other icons, who frequented the lavish parties he threw at his Ormond Beach Estate.

With Rice’s passing, his longtime oceanfront mansion is for sale at $5.99 million. Featuring 12,000 square feet, two outdoor pools, an indoor pool, and 200 feet of beach frontage, the four-bed, five-bath home is a next-level party palace. Unique woodwork, expressive wall coverings and stone accents provide a striking style, while floor-to-ceiling windows and expansive outdoor decks offer unobstructed views of the pristine Atlantic beach. Two opulent bedroom suites have their own private balconies, while the kitchen includes a massive wrap-around bar. A recessed den, disco dance floor, spacious formal dining room, and indoor/outdoor bar and lounge offer endless spaces for entertaining. A mermaid-themed mural adorns one bathroom and during Rice’s life the entire house was filled with his extensive, eccentric art collection, including statues of wild animals and framed photos of his bikini models and celebrity friends. At one time he kept a wall of TVs tuned to different channels, powered by the largest satellite dish in Florida.

Directly across from the Oceanside Country Club and surrounded by other high-end homes, the mansion offers privacy and seclusion but is just a few miles north of vibrant Daytona Beach. Named “The World Capital of Spring Break” by MTV from 1989 to 1993, Daytona draws as many as half a million revelers during the event, plus another 500,000 during its famed Bike Week when motorcycle enthusiasts gather from all over the country. Approximately 150,000 attend the Daytona 500, known as the “Superbowl of Stock Car Racing” with another nine million television viewers. The city also offers a big nightlife with beach music festivals and DJs spinning dance beats all night long, plus 23 miles of scenic beaches perfect for catching a tan or a wave. Other celebrities who have called the area home include actor John Travolta, NBA star Vince Carter, Olympic medalist Ryan Lochte and country star Brian Kelley. 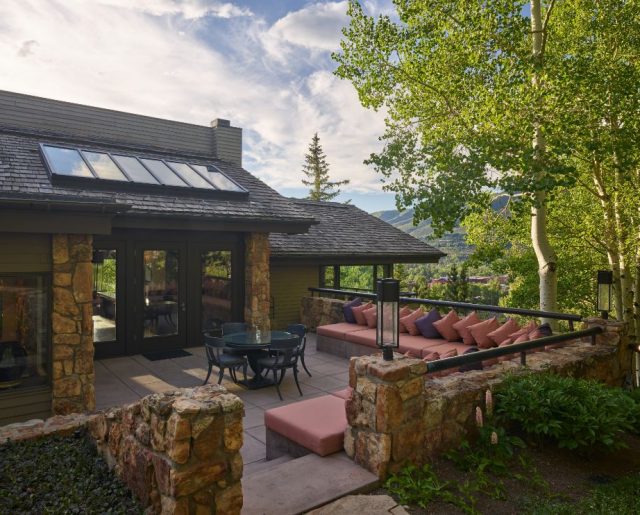 Now best known as an elite ski destination, the town of Aspen has a rich and colorful history. Founded as...Read More