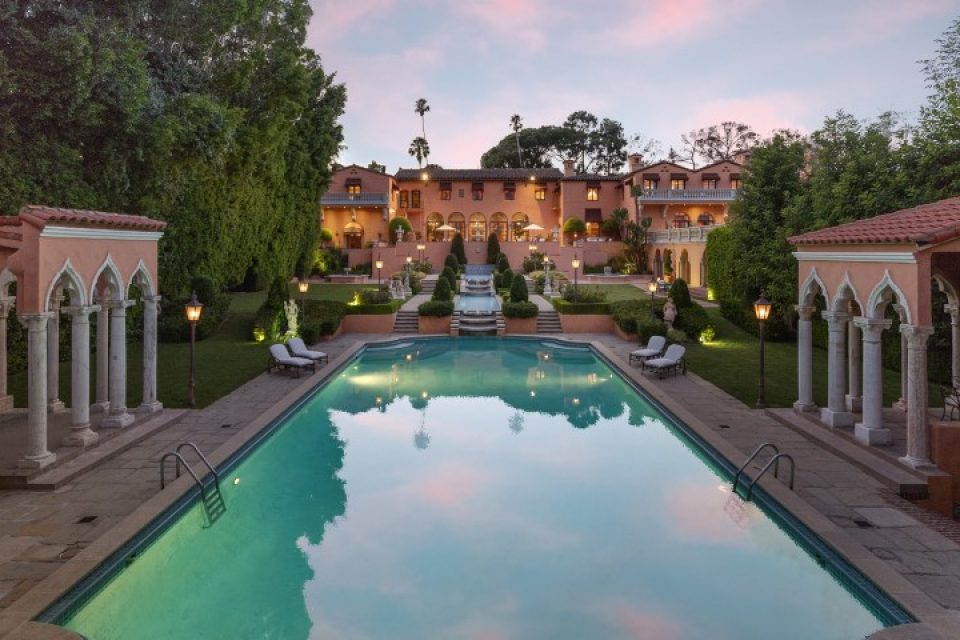 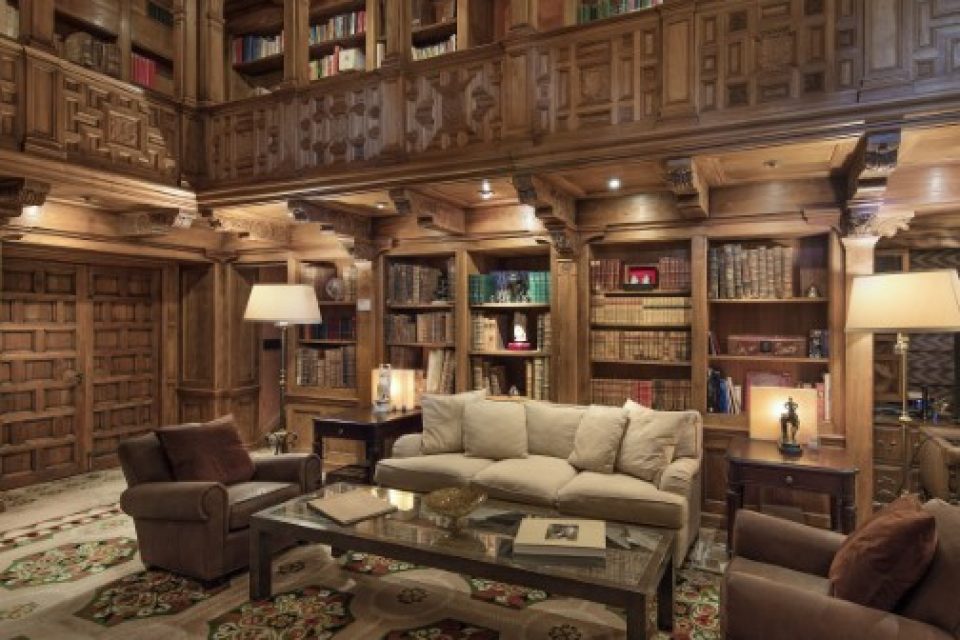 There is a stunning two-story library with hand-carved paneling and a wraparound walkway. 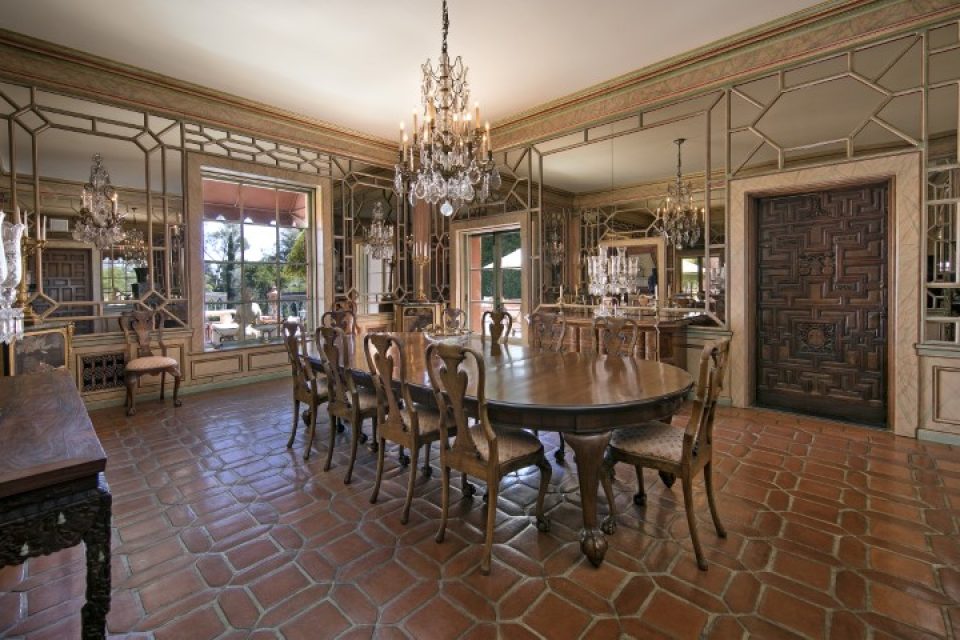 Marion Davies, Hearst’s girlfriend, purchased the house in 1946 as a gift for Hearst. 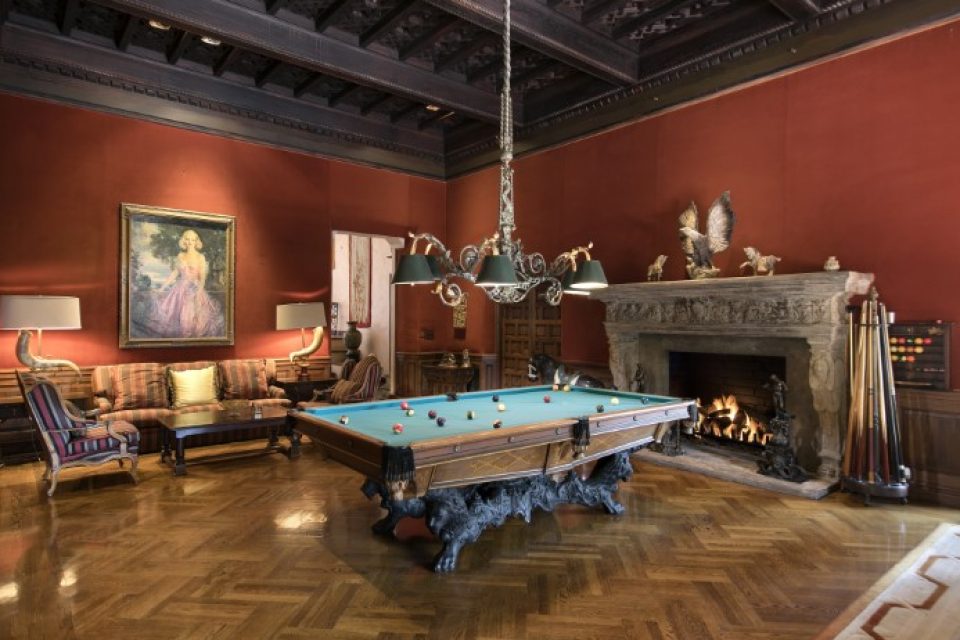 The billiard room is open to the main hallway. 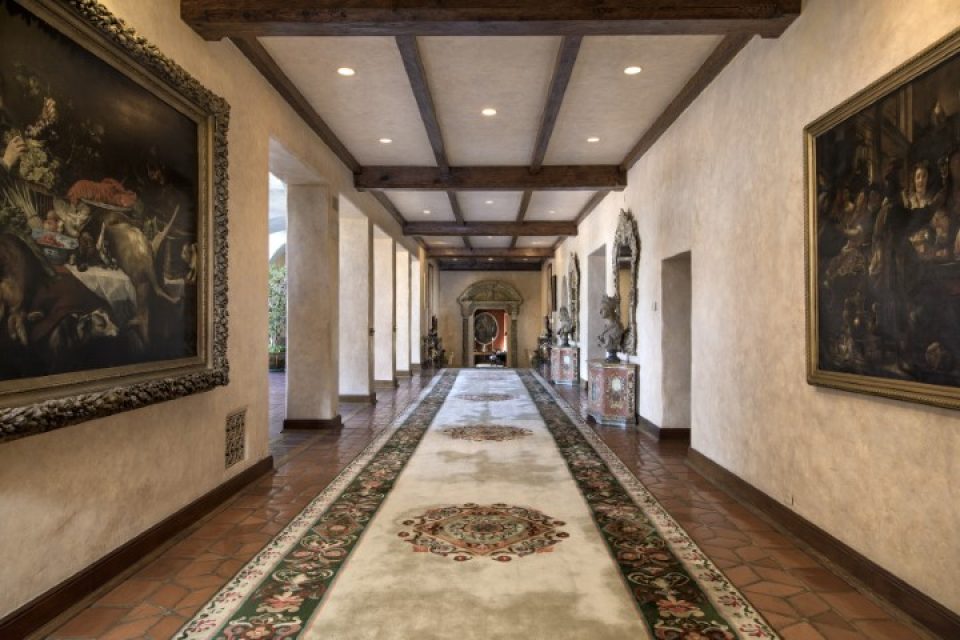 The main-level hallway is a staggering 82 feet. 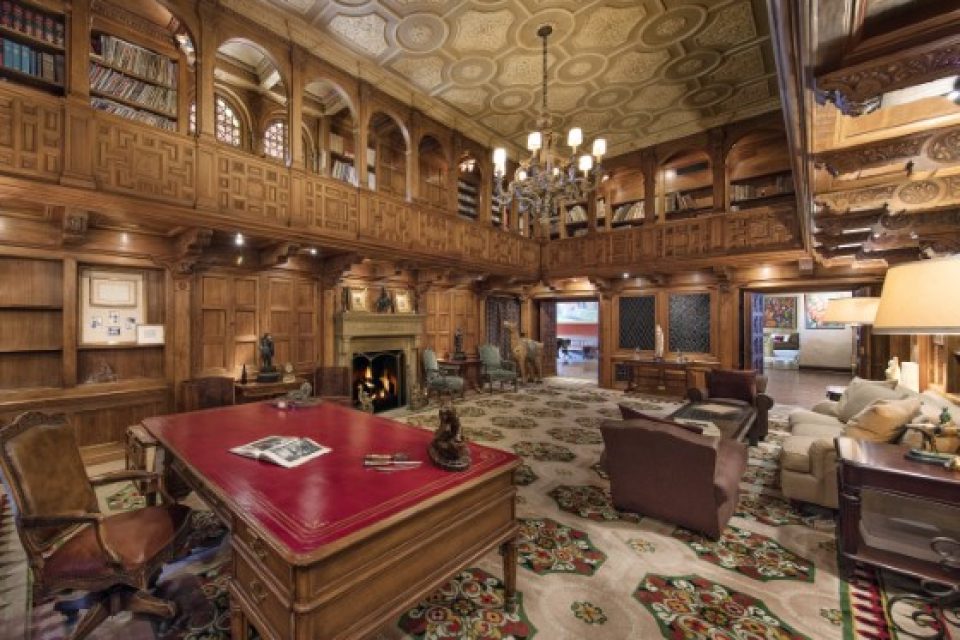 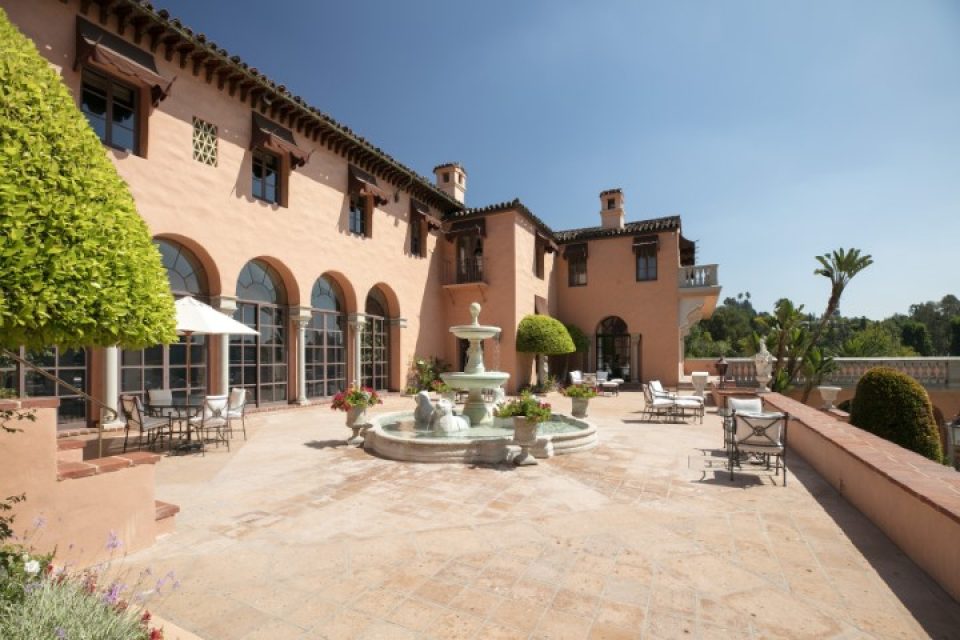 The upper terrace is perfect for daytime sunning or entertaining large groups. 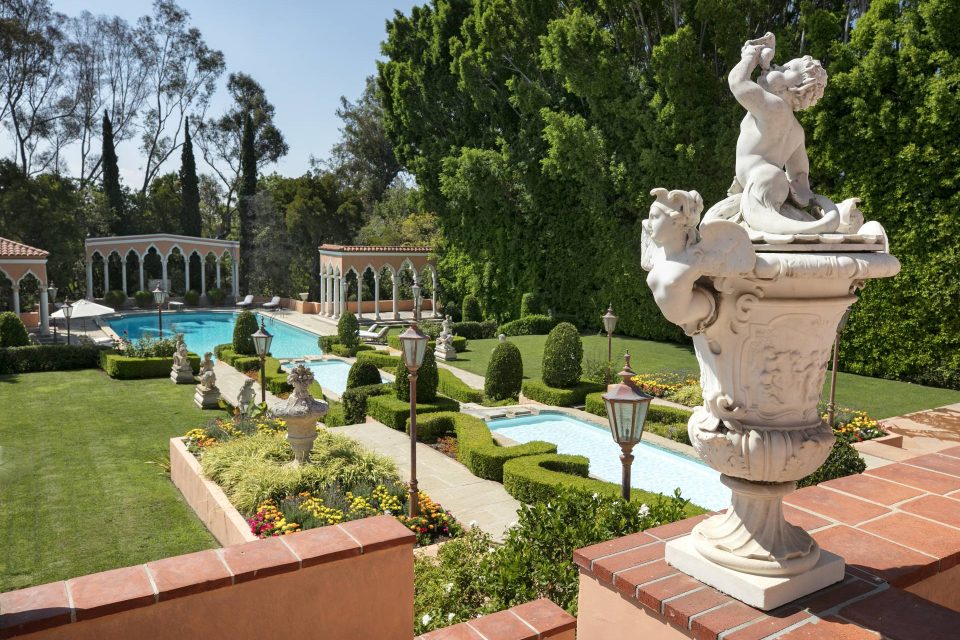 The gardens were designed by landscape architect Paul Thiene. 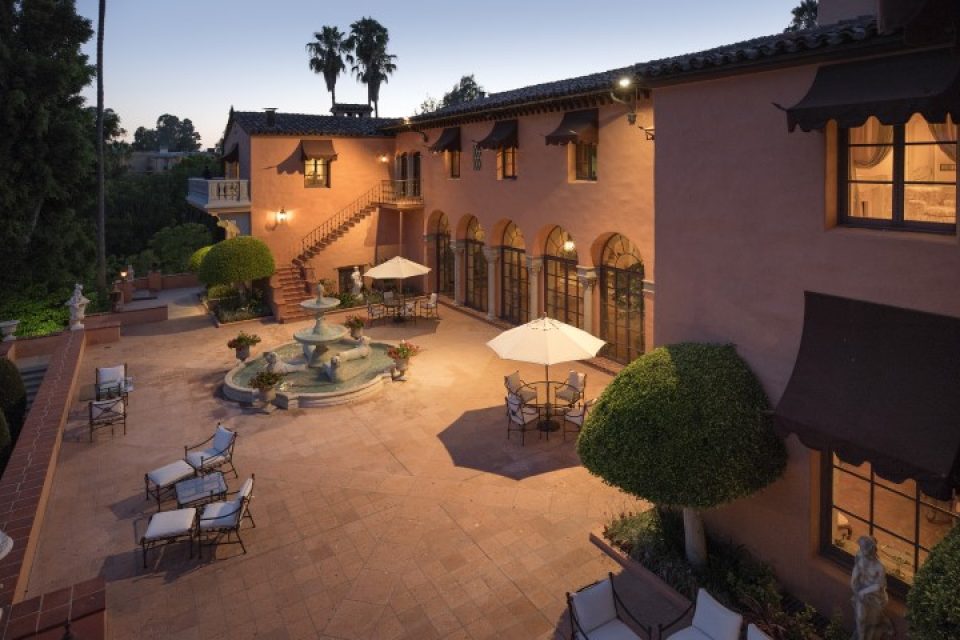 The upper terrace takes on a completely different vibe in the evening. 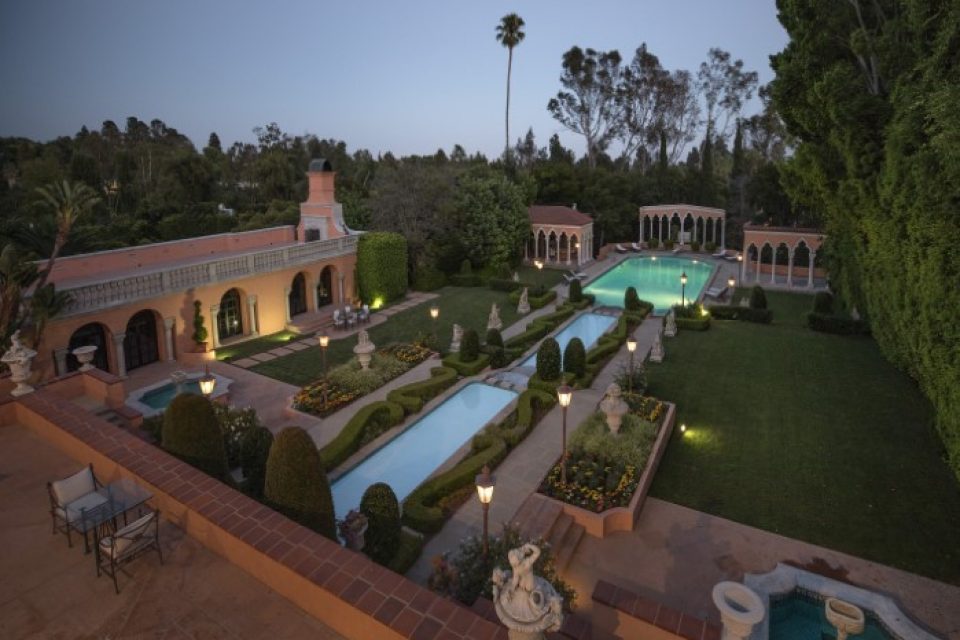 Grounds include cascading waterfalls to the pool.

The large swimming pool is fed by a series of waterfalls. 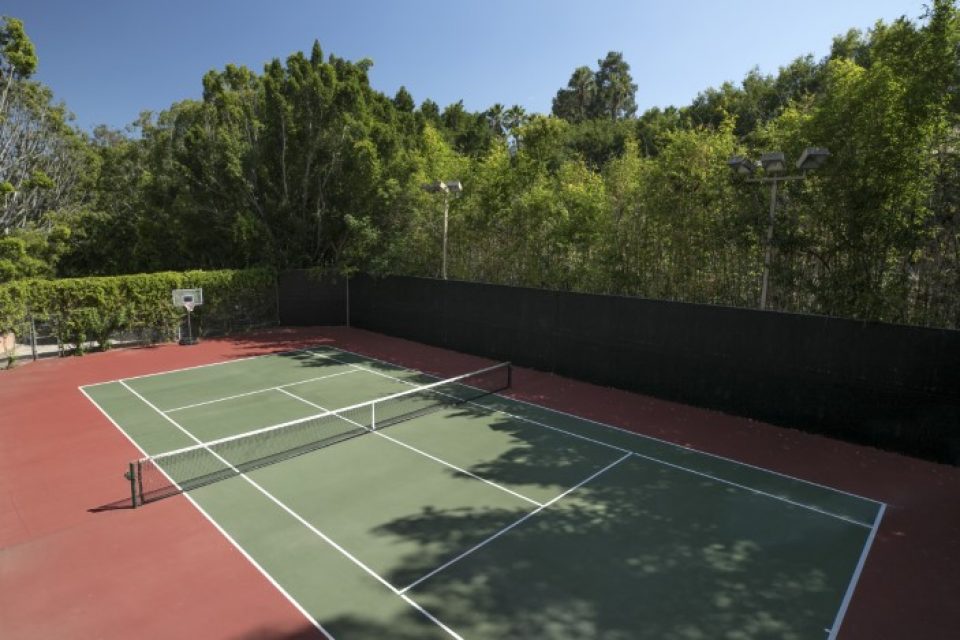 The tennis court is appreciated by those seeking serious exercise. 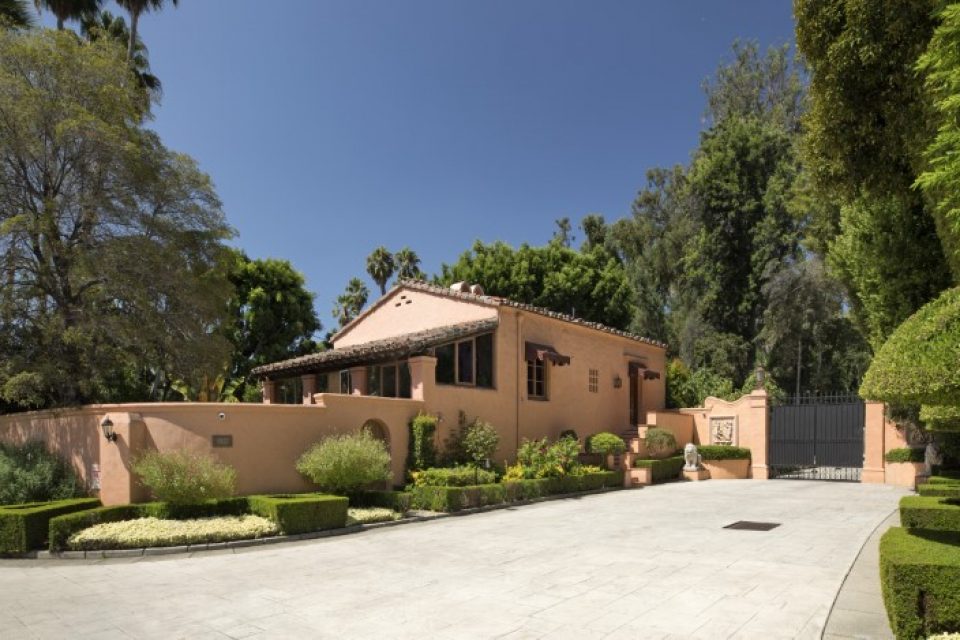 The main house and two guest houses sit on 3.5 acres.

Located in the heart of Beverly Hills, the fabled Beverly House, the showplace of publishing magnate William Randolph Hearst, is back on the market at a reduced asking price of $89.75 million - down from $185 million in 2016. One of California’s most historic homes, Marion Davies, Hearst’s girlfriend, purchased the house in 1946 as a gift for Hearst. The couple moved there from the Hearst Castle, where they had been living in another historic California mansion, and stayed until William’s death in 1951.

Beverly House is most well known for its memorable movie scenes in The Godfather, where Hollywood movie producer Jack Woltz woke up to a bloody horse head in his bed, and the glamorous estate where Whitney Houston’s character lived in The Bodyguard. The mansion was also a favorite of the Kennedy family, where John and Jackie spent part of their honeymoon in 1953, and later became the West Coast presidential election headquarters for JFK’s 1960 presidential campaign. In 2018, Beyoncé filmed part of her groundbreaking visual album Black Is King on the grounds, and in 2019, Adel held her 31st birthday party there.

Designed in 1927 by Gordon Kaufmann, the architect who did the Hoover Dam, Hollywood Palladium, Los Angeles Times building and the Santa Anita Racetrack, Hearst’s Beverly House is the quintessential emblem of Hollywood’s Golden Era. The estate is well known for its H-form architecture characterized by long colonnades, wide balconies, arched floor-to-ceiling windows and its spaciousness. Some of the spaces include a stunning two-story library with hand-carved paneling and a wraparound walkway; a formal living room with its 22-foot-high, hand-painted, arched ceiling; a state-of-the-art spa; a billiards room with herringbone parquet floors and an intricately designed ceiling and carved fireplace - both from the Hearst Castle in San Simeon. The main-level hallway is a staggering 82 feet up to the 32-foot billiard room, which is open to the main hallway for a total of 114 feet visible upon walking into the entry. The grand upstairs hallway is more than 102 feet long and features a 40-foot wide, nearly 9-foot-tall Dennis Abbe mural that was commissioned by Hugh Hefner. The gardens, designed by landscape architect Paul Thiene, are a focal point including cascading waterfalls to the pool. The main house and two guest houses sit on 3.5 acres.

The Beverly House listing agents are Anthony Marguleas of Amalfi Estates in Los Angeles, Gary Gold of Hilton & Hyland in Beverly Hills and Zizi Pak of Rodeo Realty in Beverly Hills. The property is listed by order of the U.S. Bankruptcy Court. 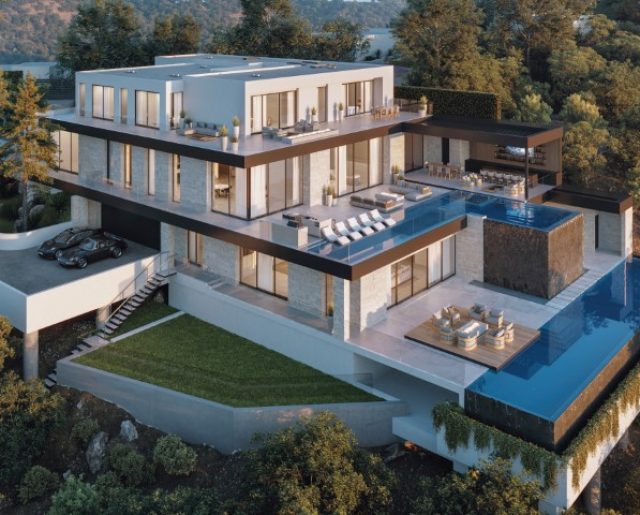 Inspired by the Pacific Coast Highway bridges and waterfalls, designer Michael Chen has interpreted the beauty of the California Coast’s...Read More