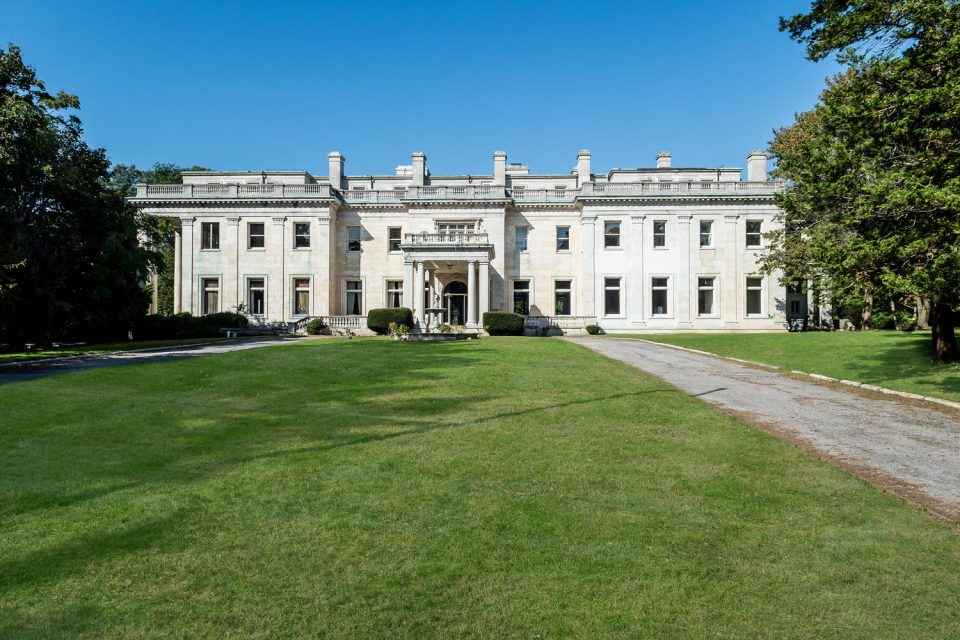 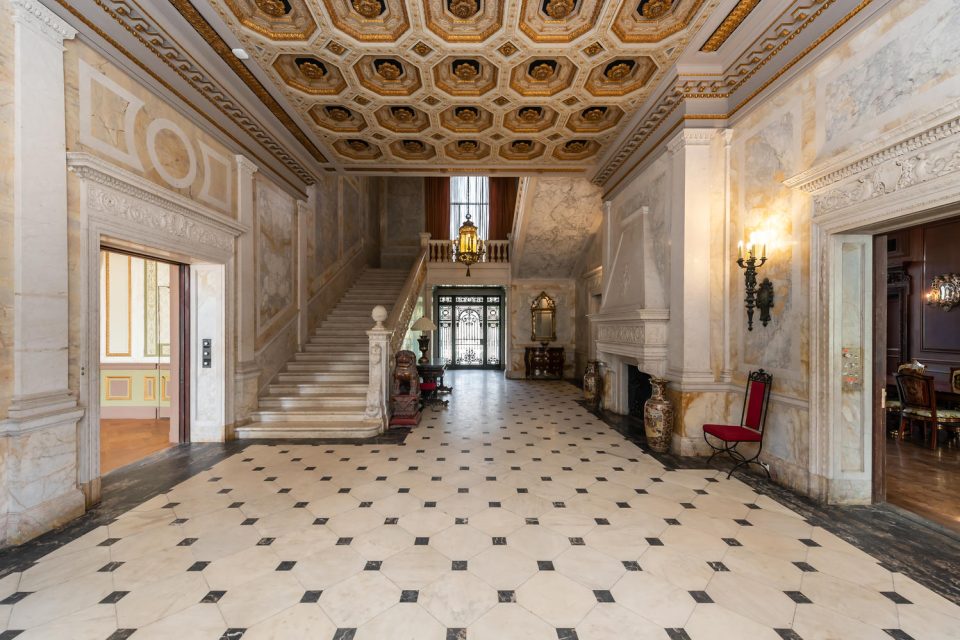 The grand foyer is equal to the impressive exterior. 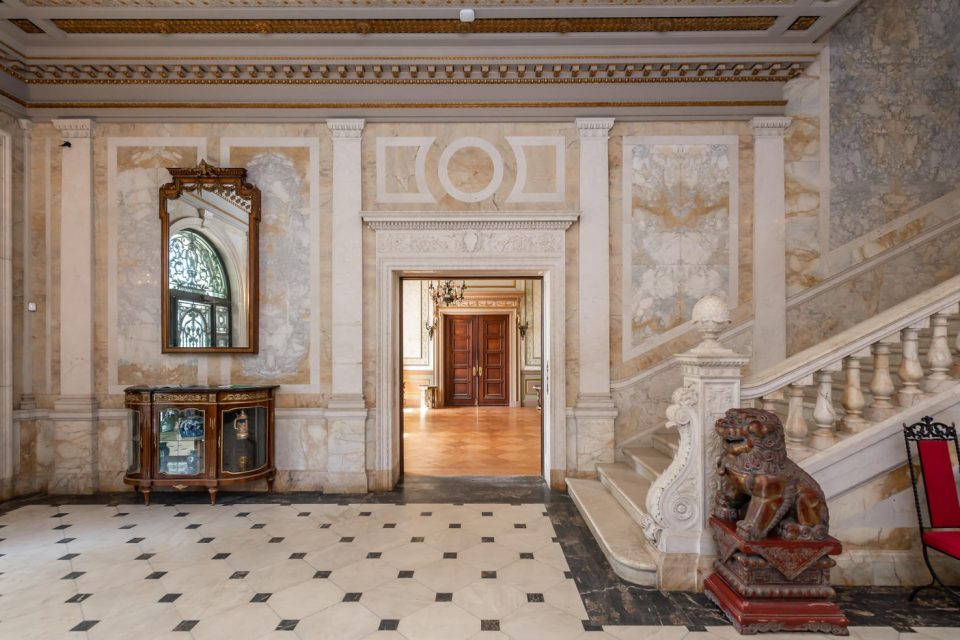 Expansive in size, the foyer is a good gathering place to welcome guests with a cocktail. 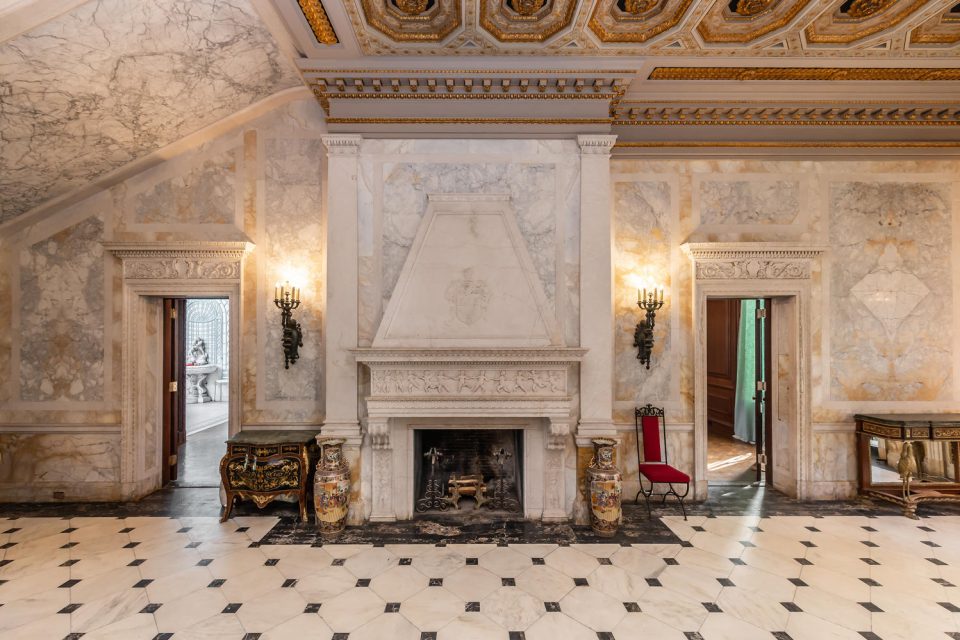 A warming fire in the large fireplace adds to the warmth of greeting guests. 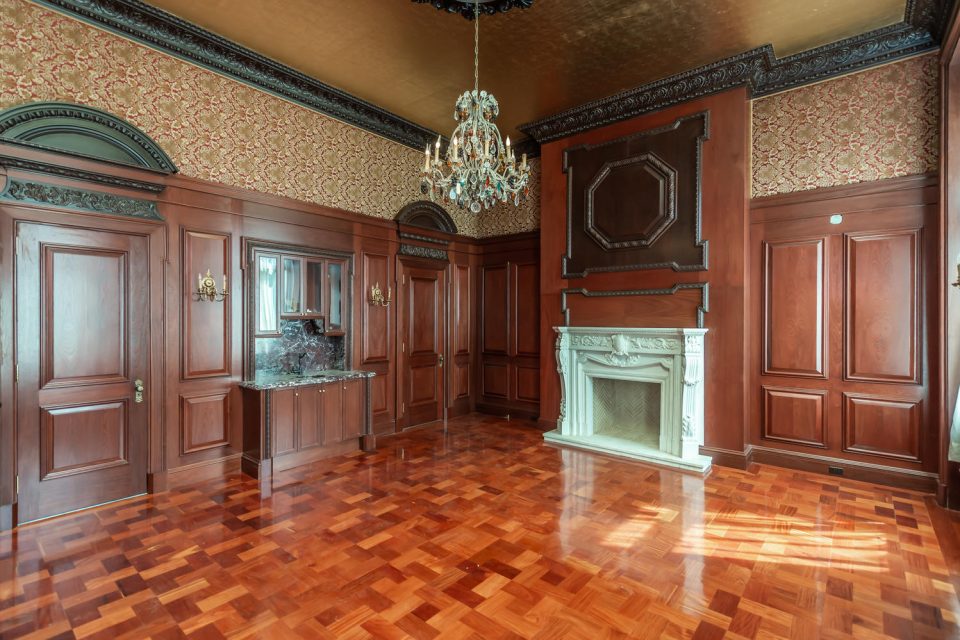 The library was Woolworth's equivalent of today's man. 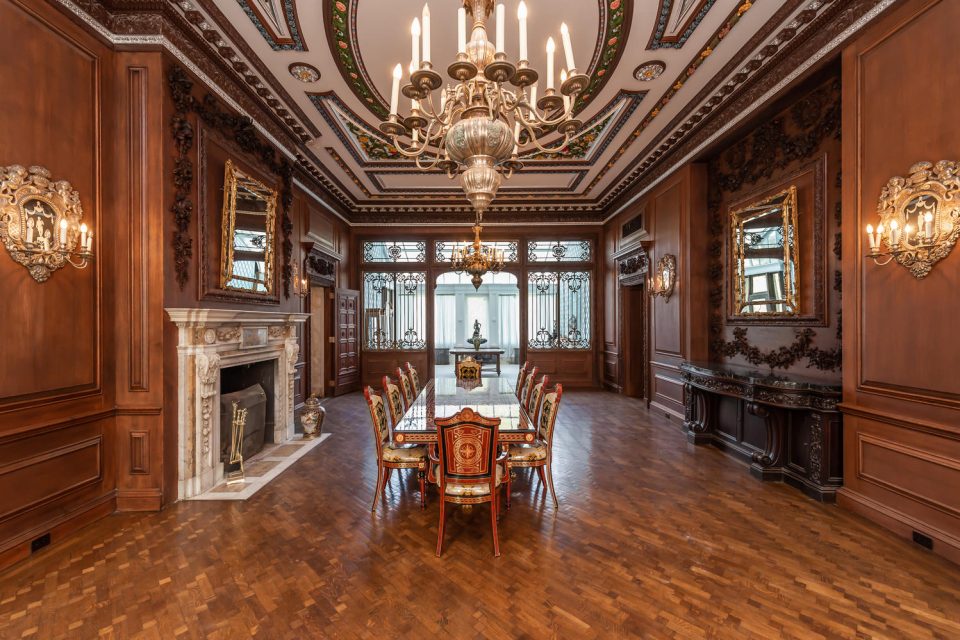 The dining room was the main backdrop for Swift's dramatic video "Blank Space." 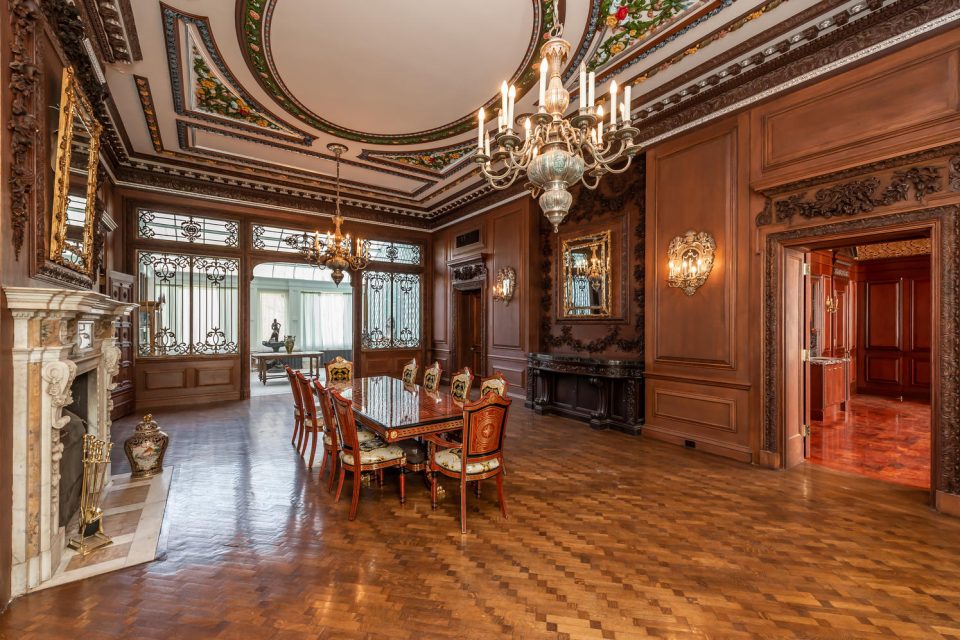 The dining room was sized to seat all guest who would attend grand balls. 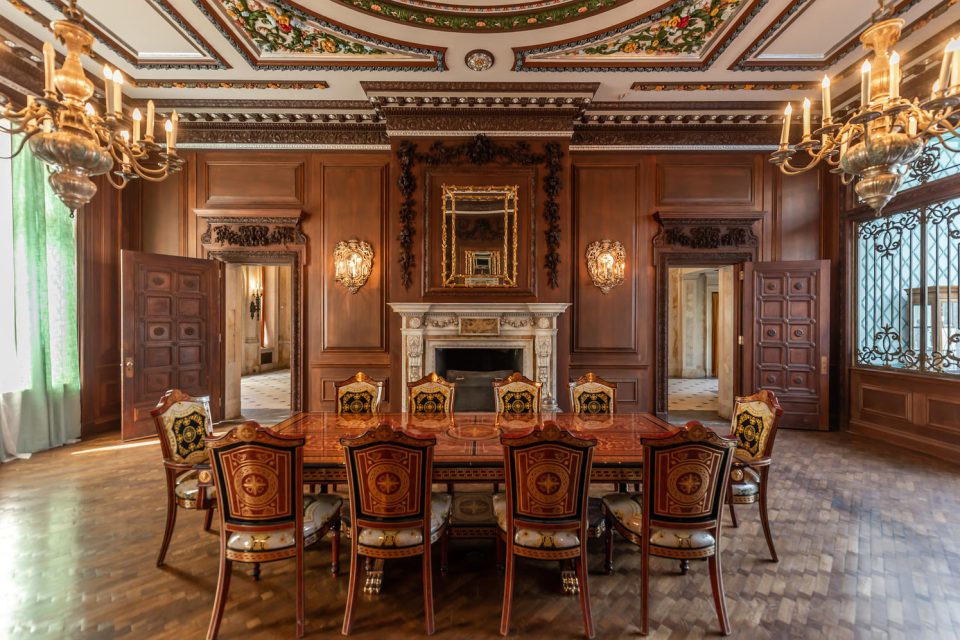 The dining scene was filled with ambiance. 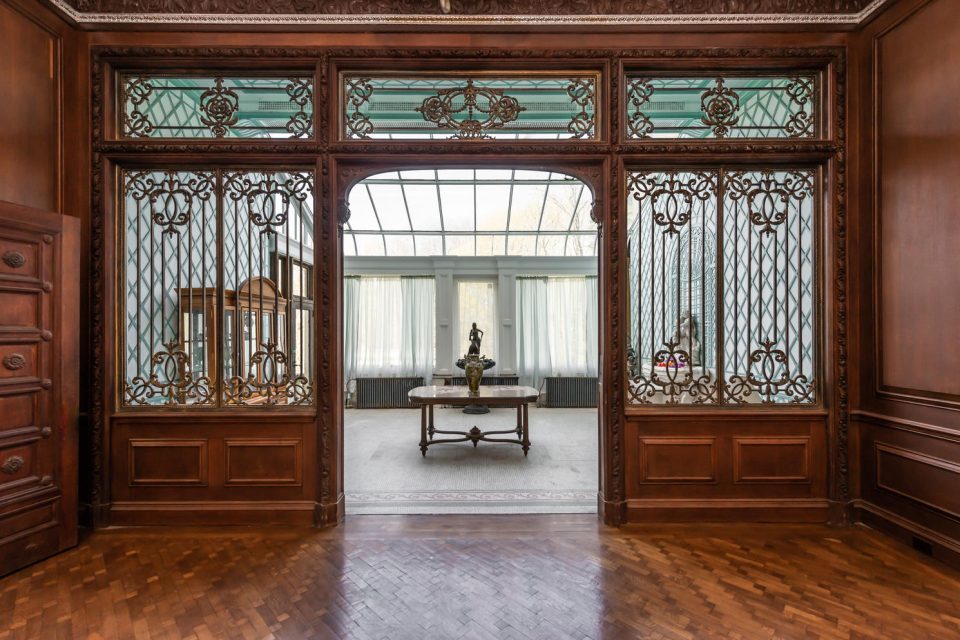 Back in the day the garden room would be filled with palms and other tropicals. 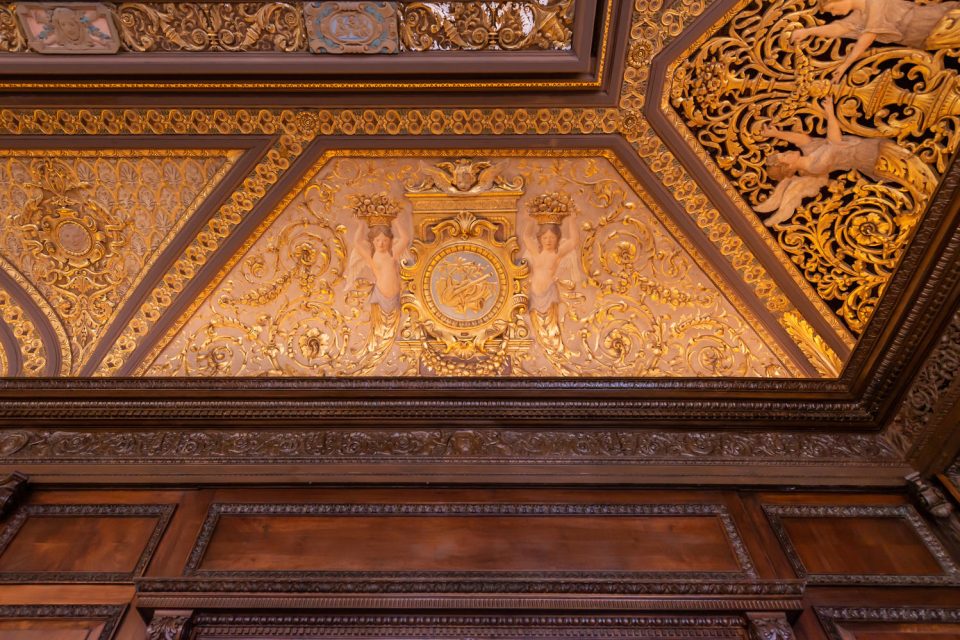 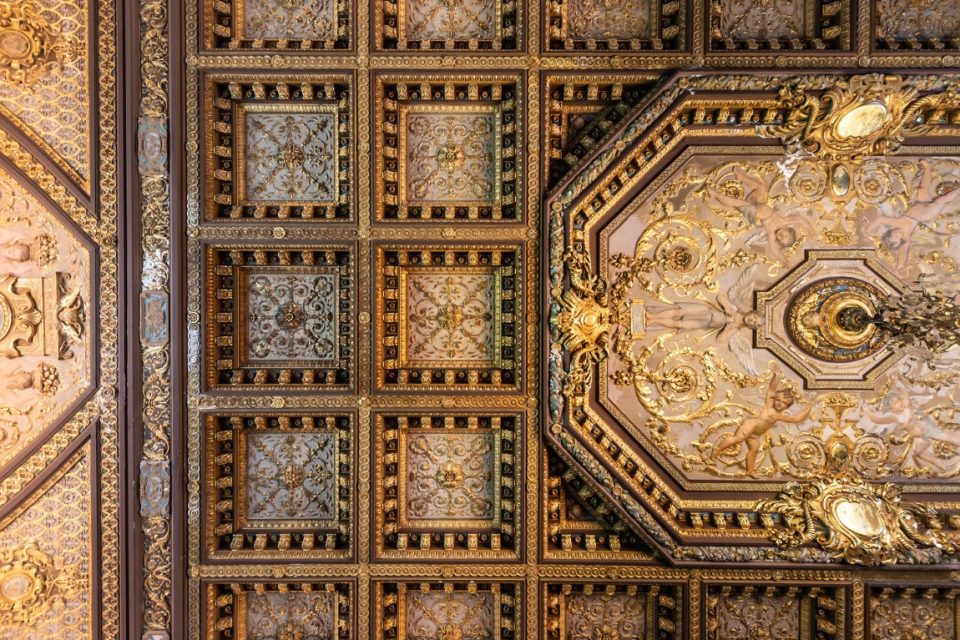 Landscaping at the rear of the mansion is lush compared to the rather stark entrance. 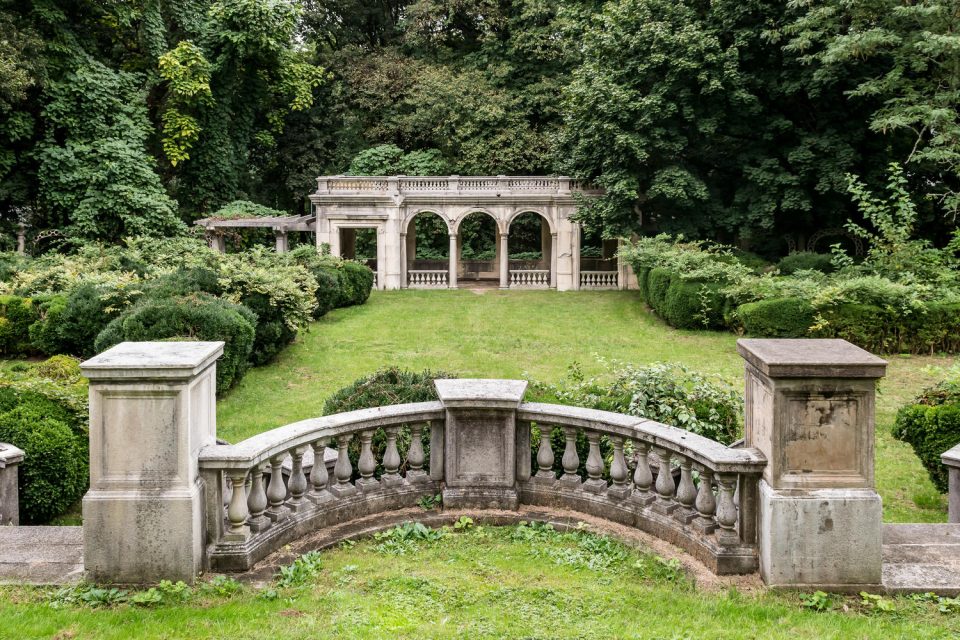 Charming overlook focusing on the folly beyond.

Although Taylor Swift was busy buying up practically an entire NYC city block in 2014 when she made her Blank Space video using Winfield Hall as one of the elegant backdrops, had it been for sale at the time, it is likely she would have grabbed it as well.  Now busy with more homes than most would care to manage, Winfield Hall, the former Woolworth Mansion on Long Island Sound, slipped through her fingers and recently acquired a new owner.  Previously on the market for $19.95 million, the mansion recently sold for $8.25 million.

Built in 1917 for Frank Winfield Woolworth, the famous five & dime store retailer, the 16-acre property includes the 32,098-square-foot main mansion and a 17,000-square-foot carriage house.  It is located in Glen Cove on Oyster Bay where many captains of industry maintained homes.  The area was referred to as the Gold Coast of Nassau County during the 1920s.  When the mansion was completed, it was the largest private home in America.  Sadly, Frank Woolworth died only two years afterward.  Only the most extravagant materials were sourced and used throughout the mansion.  The main house foyer is graced with a marble staircase, a fireplace and cathedral ceilings.  Formal rooms such as the dining room where much of Blank Space was filmed are large enough to hold major functions, and once in the hands of a master landscaper, the grounds will again tempt romantic strolls.

Not a single surface of the interior went untouched.  From intricate gold leaf ceilings with massive chandeliers, to decorated or paneled walls, equally intricate fireplace surrounds to stunning inlaid floors, it is evident that only the most skilled artisans were chosen.  Winfield Hall is one of the last well-preserved Gilded Age mansions that bears testament to the exorbitant wealth of that period of American history.

The Winfield Hall interiors contain 12 bedrooms, 12 baths, an elevator, 180-degree water views, den, family room, cathedral ceilings, guest quarters, grand public rooms and a large kitchen with marble countertops and pantry.  Throughout the house, parquet flooring is laid in different patterns.  Some walls are paneled with hand-carved moldings and there is a large indoor garden room and some windows are accessorized with finely detailed wrought iron.  Outside, lawns are divided into garden rooms on varying levels with follies, pergolas, fountains and overlooks.

The Glen Cove area has always attracted the rich and famous such as President Theodore Roosevelt, Billy Joel, John McEnroe and many others.  With its wide sandy beaches and its proximity to Manhattan, it is conveniently located. 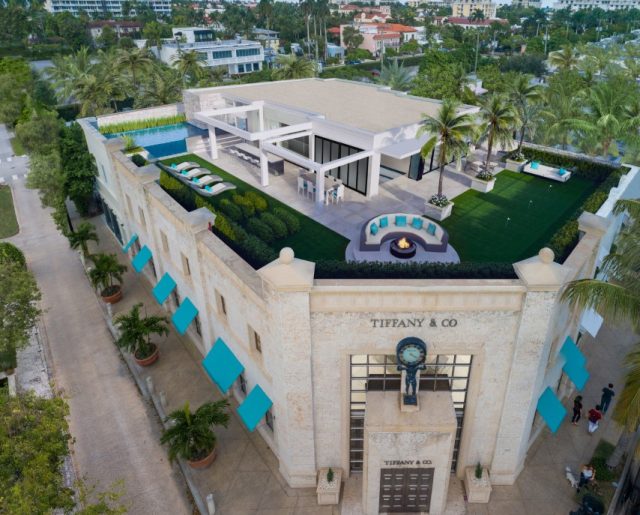 Audrey Hepburn would have been in heaven!  Instead of Breakfast at Tiffany’s, she could have had breakfast, lunch and dinner...Read More