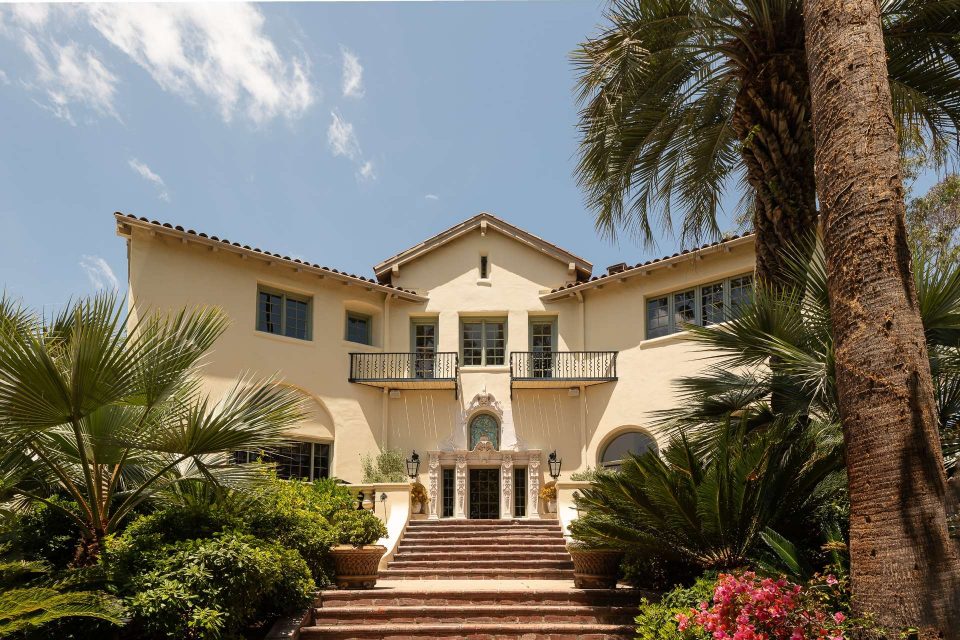 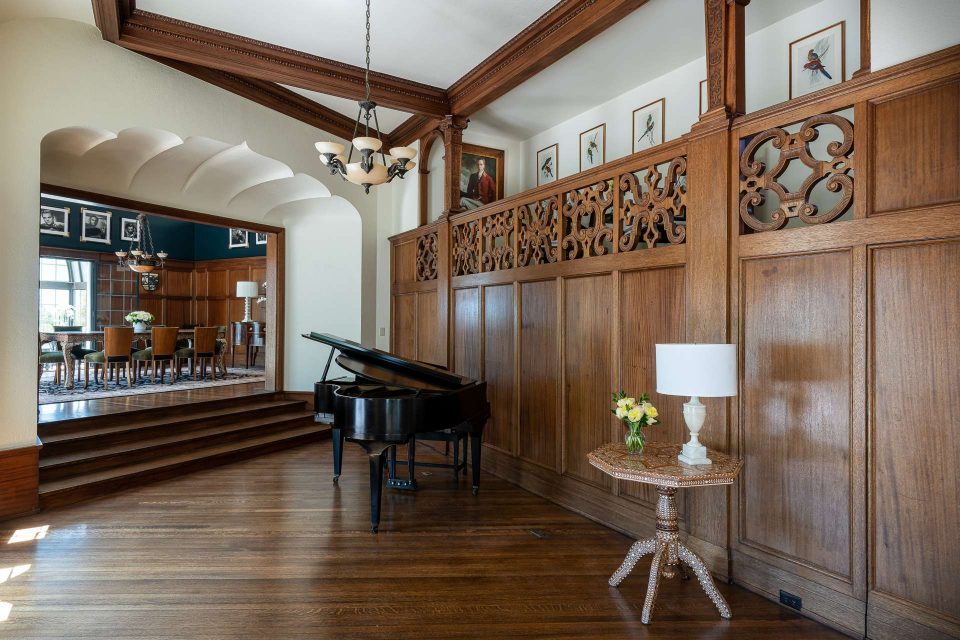 The mansion was designed by William M. Clarke in 1920 but is updated to today's standards. 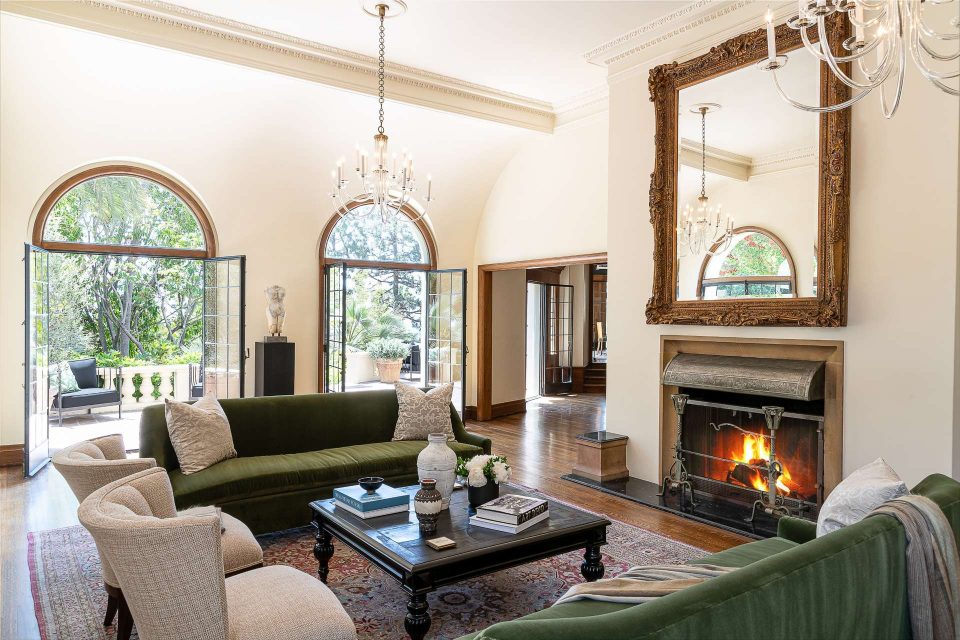 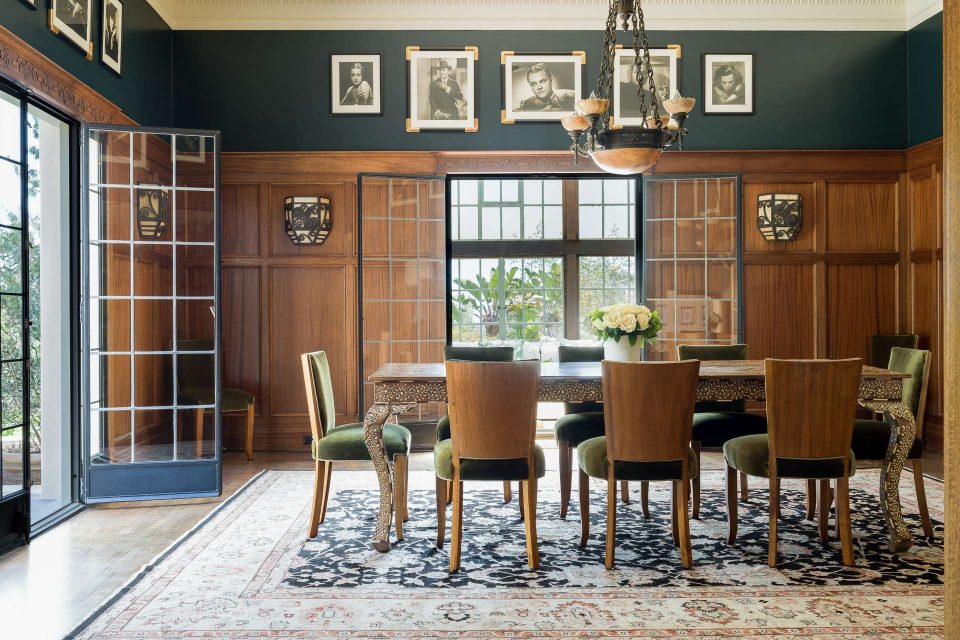 The formal dining room has French doors that open to the grounds. 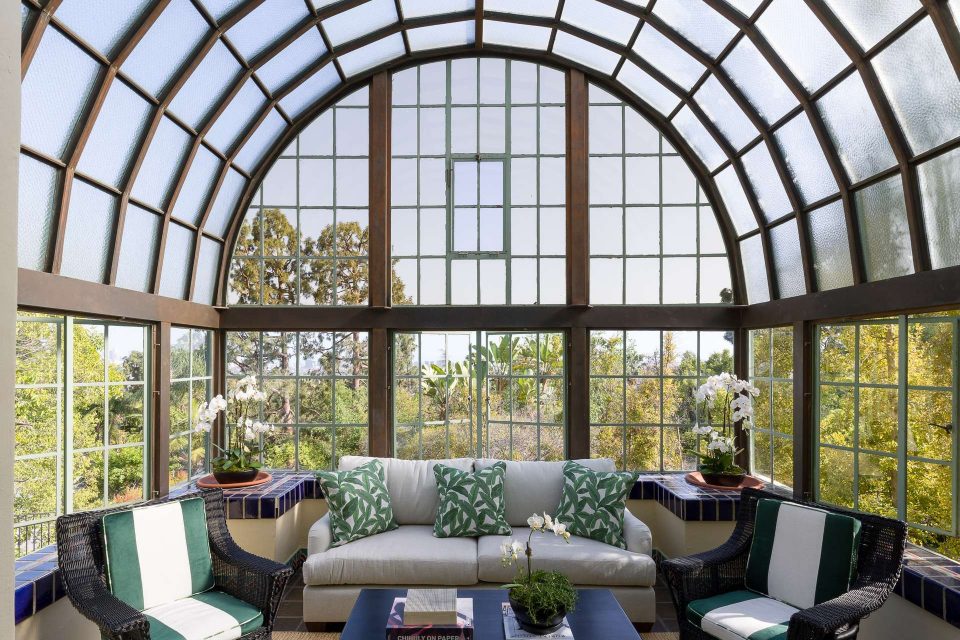 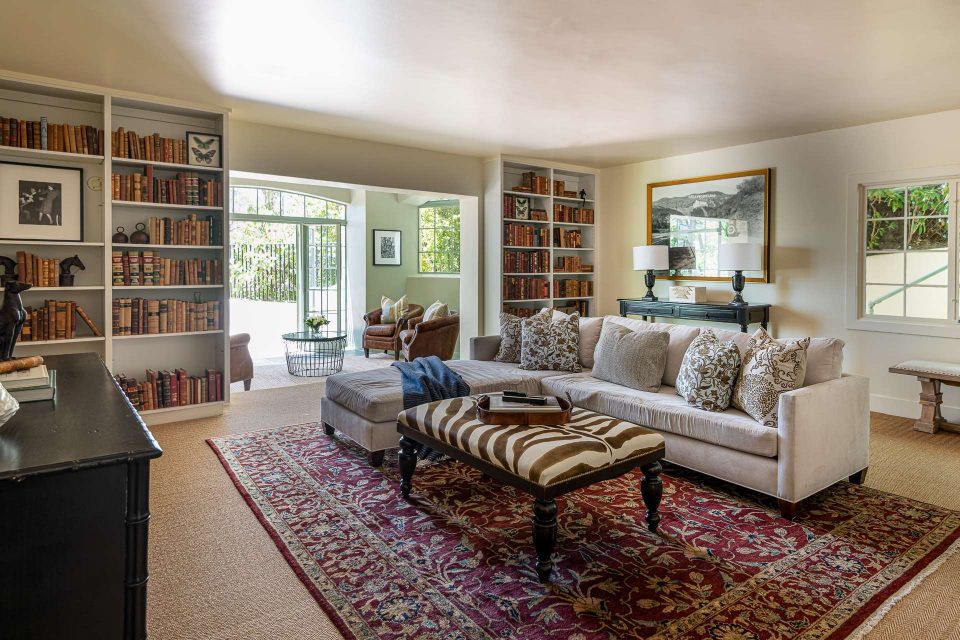 There are multiple rooms throughout the house that can be used as family rooms or to entertain guests less formally. 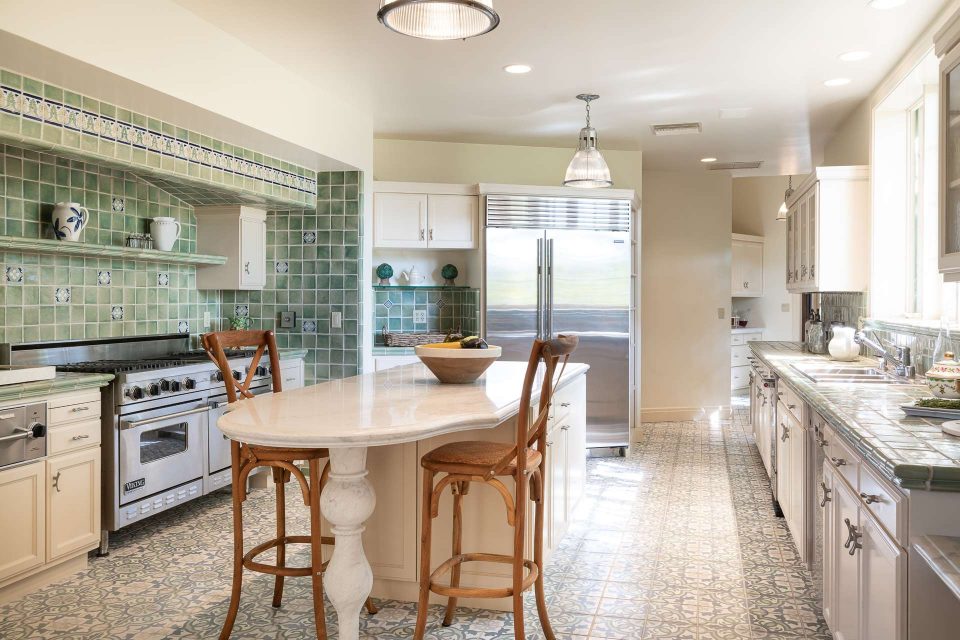 The eat-in kitchen is functionally modernized while remaining faithful to the style of the house. 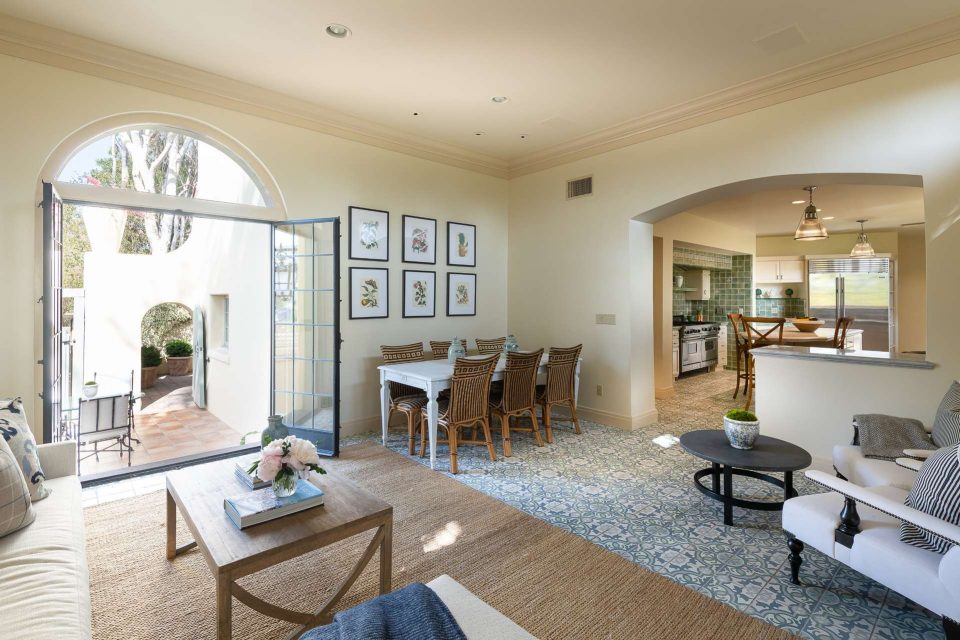 A family room is connected to the kitchen. 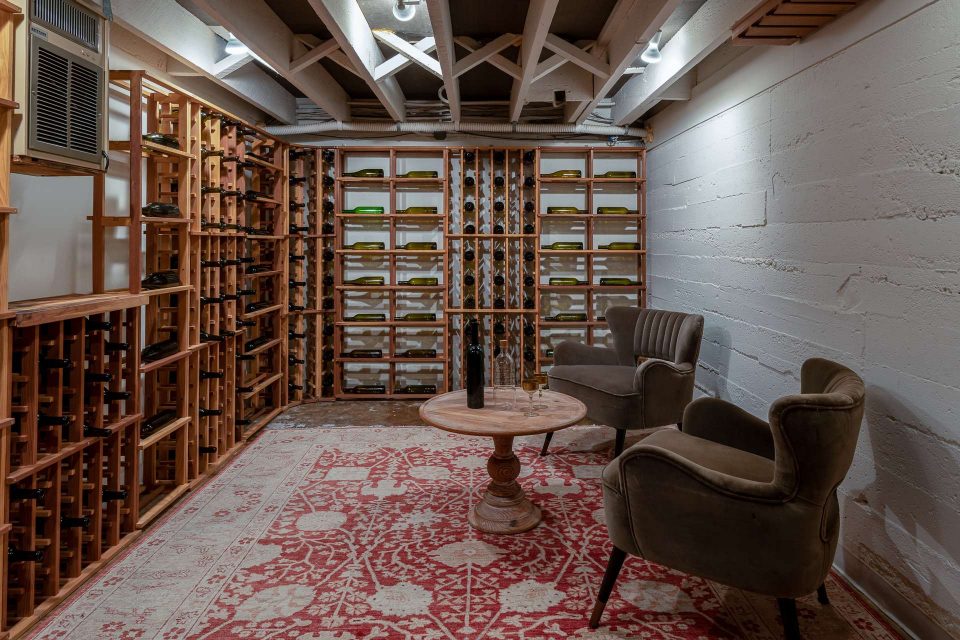 The wine cellar is large and can also be used for a tasting party. 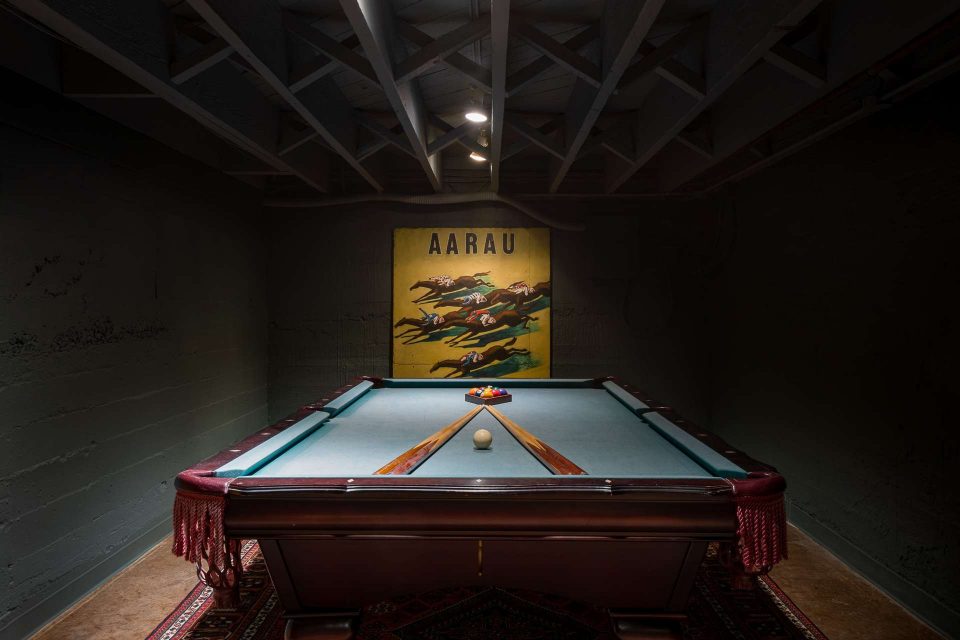 Though W.C. Fields' pool table was almost his only piece of furniture, later owners have not been as eccentric. 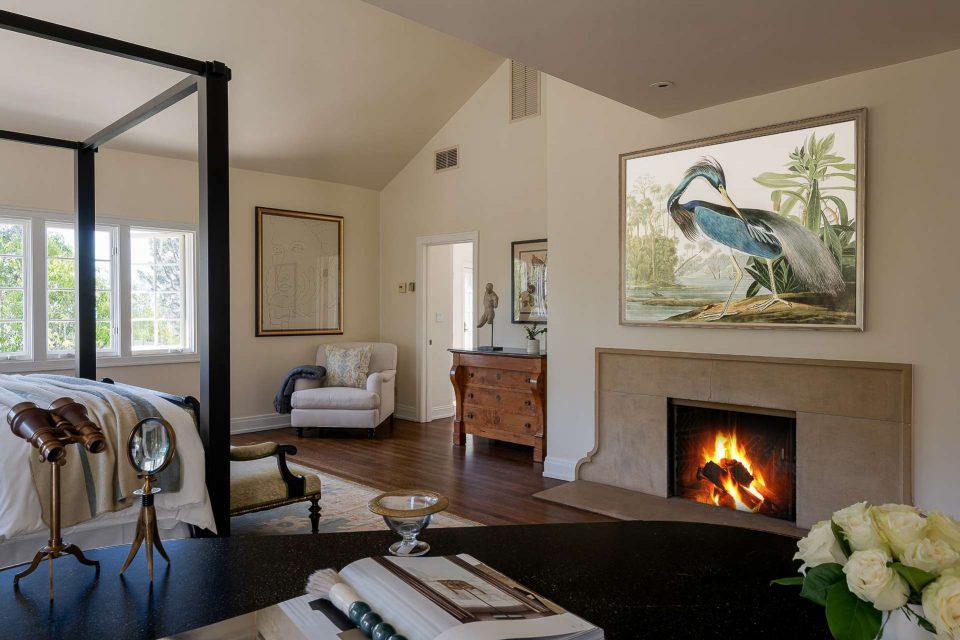 The master suite has a romantic fireplace. 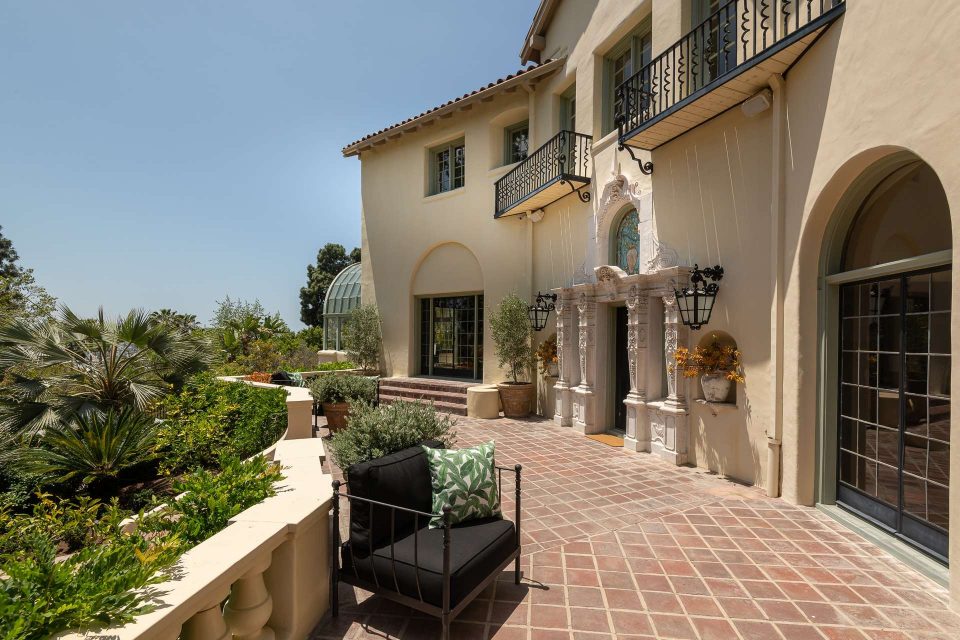 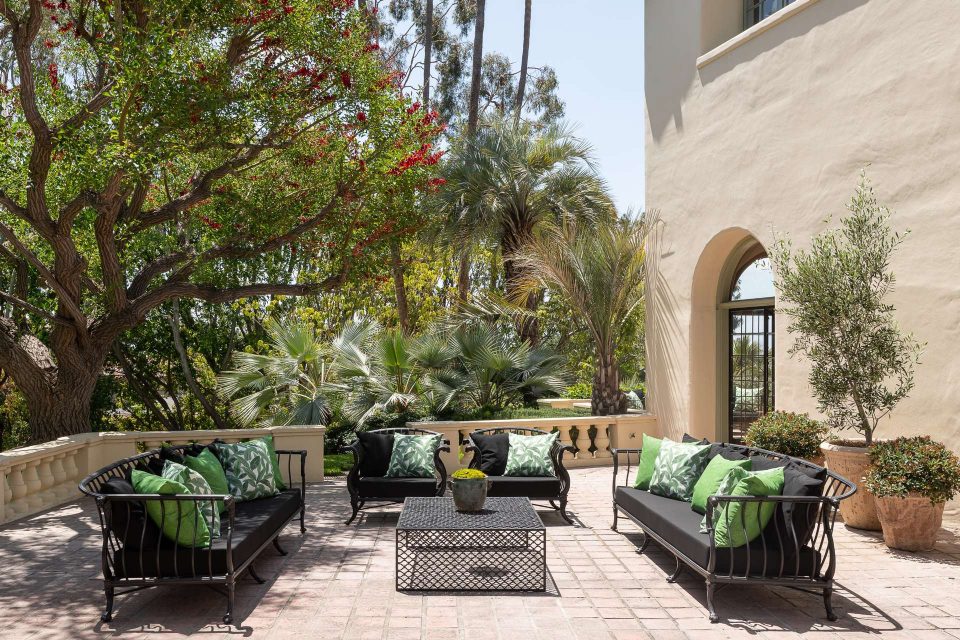 This terrace is another attractive outdoor area for family and guests. 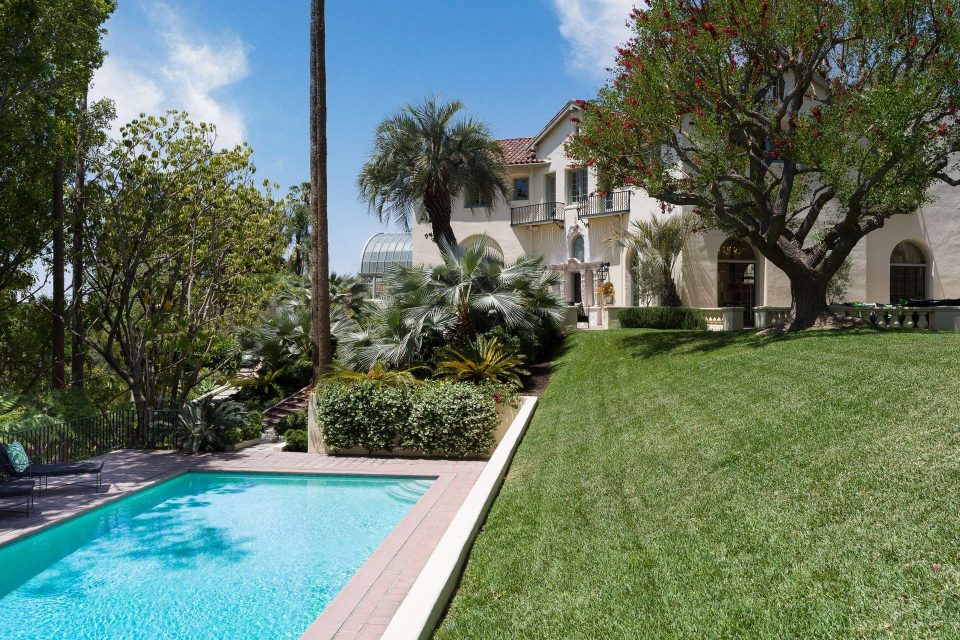 The Old Hollywood-style pool set into the lawn brings memories of the glamor days that made Hollywood a dream for so many.

Lived in and loved by some of the most powerful actors and entertainers in the world, the historic W.C. Fields Mansion in celebrity-rich-and-gated Laughlin Park is for sale, priced at $15 million. Though he didn’t own the house, not believing in home ownership, Fields rented the home in 1940 and added a pool table, a ping-pong table and bowling lanes set up in the living room - but almost no furniture. A legendary party guy, he had three bars in the house, including a portable bar, and lived there until his death in 1946. Since then it has always been known as the W.C. Fields Mansion.

One of L.A.’s first celebrity neighborhoods, Laughlin Park was developed by Homer Laughlin in 1905, whose intention was to limit it to 40 luxurious mansions. Lot divisions over the years increased that number to 60, several of the homes designed by Lloyd Wright. In addition to its quiet tree-lined streets, the enclave is unusually secure behind five gates. The area has always drawn celebrities who seek security, peace, luxury and privacy. Some of the first residents were Cecil B. DeMille, whose home was built on the highest point with stunning views, and Charlie Chaplin. Angelina Jolie bought the Cecil B. DeMille Mansion in 2017 for $24.5 million.

The Fields Mansion rooms are spacious with excellent indoor/outdoor livability taking full advantage of the mild California climate. French doors swing wide to the terraces and gardens from almost every room in the house, including the master bath. Designed by William M. Clarke in 1920 and spanning over 8,000 square feet, the home has been completely updated and features four bedrooms and five bathrooms with Italianate architecture influenced by the Beaux-Arts movement. Original designs and details are highlighted throughout with antique mahogany paneling, woodwork from a Spanish monastery, and beautiful archways along with four fireplaces. A special room is the elegant copper-and-glass sunroom that is perfect for dining amongst the estate’s lush landscaping - a great place for an owner’s orchid collection or to retreat during a rainstorm. Though Fields was, by far, the most eccentric resident, the home has attracted many other important residents, including Maurice Chevalier and Lily Tomlin. A few years prior to the house being built, the land was sold in a fierce auction with William Randolph Hearst losing out to the ultimate buyer.

The home’s grounds are rumored to have been designed by Lloyd Wright, who put great stock in creating vanishing thresholds between indoors and out. A thick growth of trees and shrubs separating property boundaries give privacy to the lawn and pool area, which is classic Old Hollywood with the pool set into the lawn. At one time, there was a lily pond on the property, but in 1941 while Fields was out of town, neighbor-actor Anthony Quinn’s two-year-old son drowned in it. Fields was so upset that on his return, he immediately had the pond filled in.

Currently owned by Bobby Patton, the Texas oil magnate who co-owns the Los Angeles Dodgers, today’s celebrity neighbors include Angelina, Casey Affleck, Emma Roberts and Kristen Stewart. According to the Los Angeles Times, Patton purchased the property in 2013 for $7 million.

Michael Maguire and Victoria Massengale of Compass hold the listing: 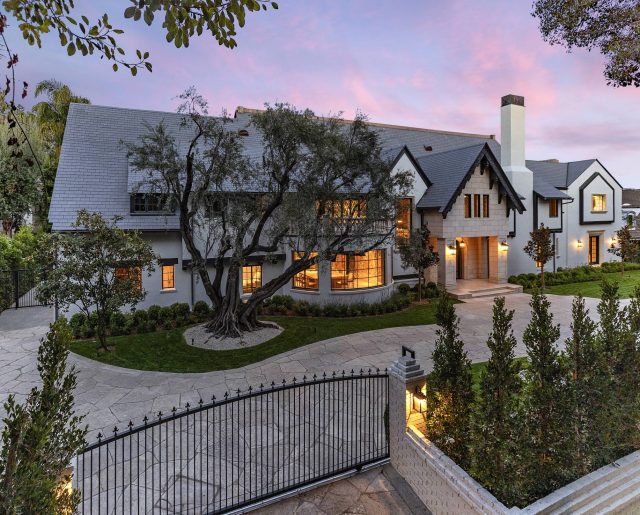 Edward G. Robinson, best known for gangster roles after his breakout performance in Little Caesar, was a prolific actor of the...Read More