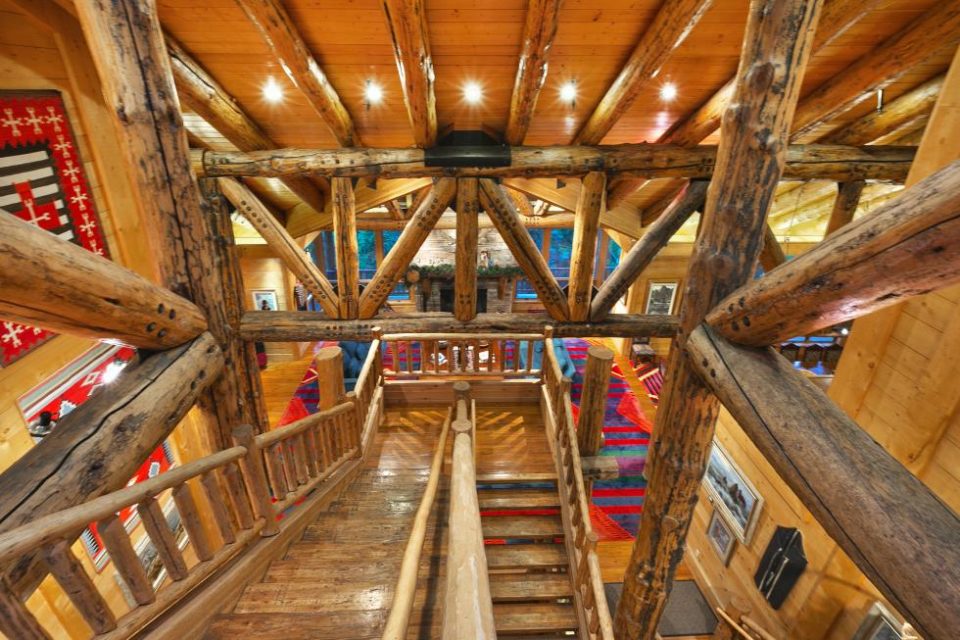 Next time you buy a carton of eggs or open the container to grab your Big Mac, think of Jon Huntsman, Sr. These clever receptacles were invented by Mr Huntsman while he was in the egg producing business in Los Angeles. He then went on to create Huntsman Chemical which produces chemicals for use in almost everything including plastics, automotive, textiles and furniture. Jon, Sr. is the father of former Republican presidential nominee Jon Huntsman, Jr.

In the quest for a winter getaway that would house his children, their spouses, 56 grandchildren and additional guests, Jon Huntsman, Sr. created the ultimate ski lodge in Park City, Utah with every detail one could imagine in a large, but exquisitely designed wood cabin-style structure with massive log beams, grand stone fireplaces and lots of glass to view the rugged slopes.

Construction on the Huntsman home began in 1989 using reclaimed indigenous materials from the forests surrounding Yellowstone National Park. Within the 20,000-square-foot living area are 12 bedrooms - two of which are bunk rooms containing 20 bunks each and 16 baths. The dining room seats 20 and there are various gathering rooms, all with fireplaces, vaulted ceilings and stunning mountain views. In addition is the library, a gym, children’s playroom, two garages to accommodate 28 vehicles, and the pièce de résistance - a huge indoor swimming pool. The 60-acre property in Upper Deer Valley, Utah, affords the desired privacy to entertain high profile guests as well as being easily accessible. For more information.

Jon Huntsman Sr. has reduced the price of his 20,000-square-foot palatial Utah ski estate from $49.5 million to $34 million. 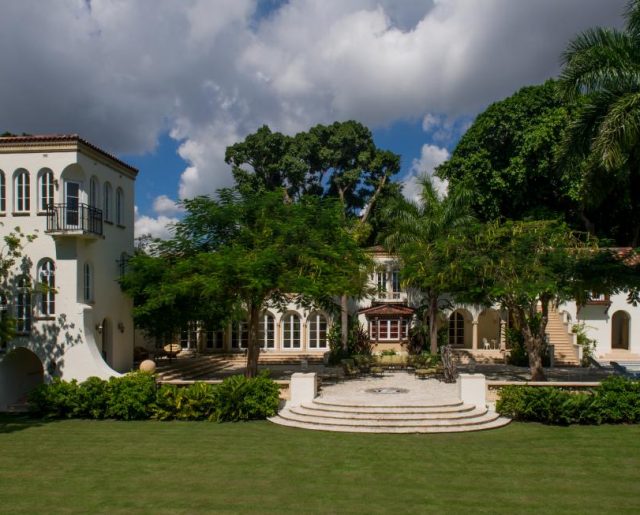 Miami’s Most Expensive Property! Coconut Grove, just minutes from downtown Miami, was first inhabited in 1825 when the lighthouse on...Read More 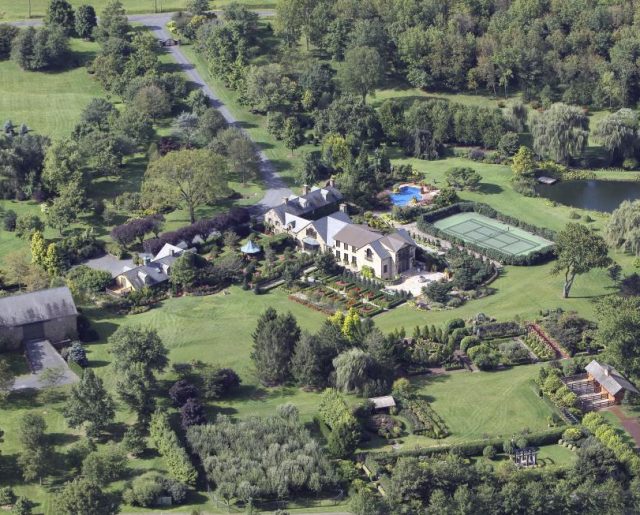 Pennsylvania Stone Home Circa 1710! Bucks County, Pennsylvania, is part of the original Province of Pennsylvania Land Grant given to...Read More