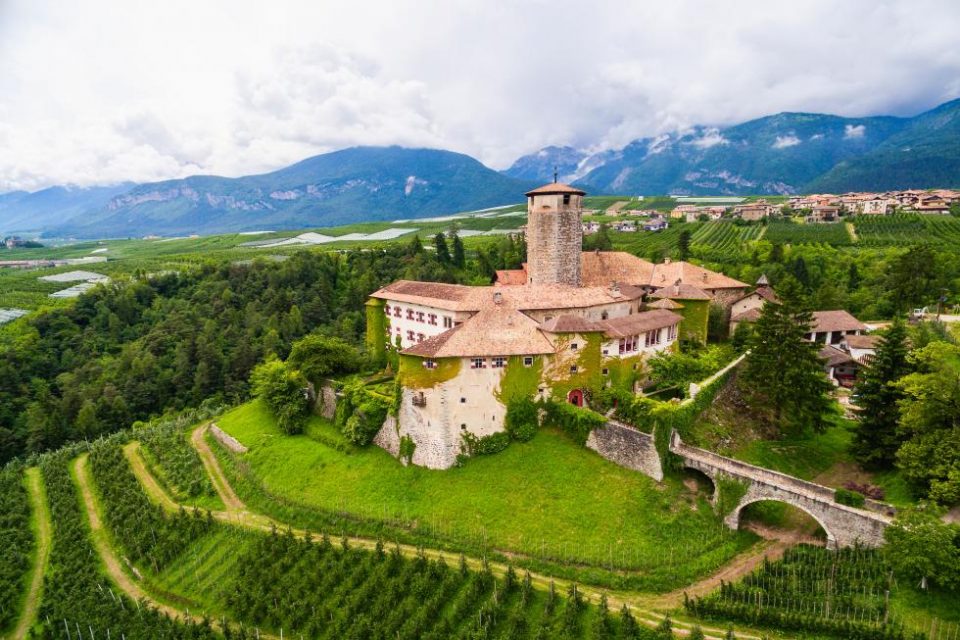 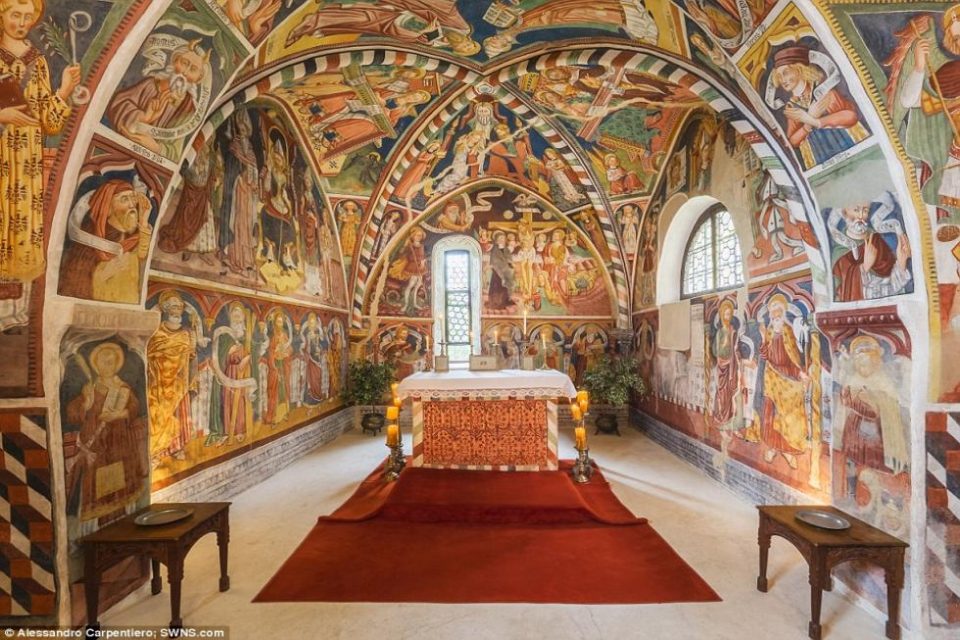 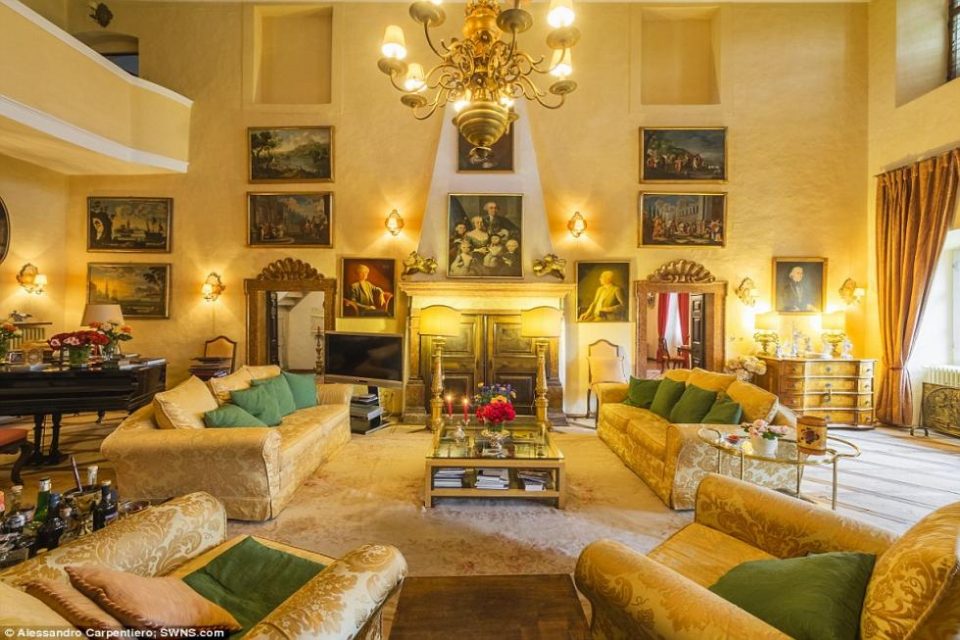 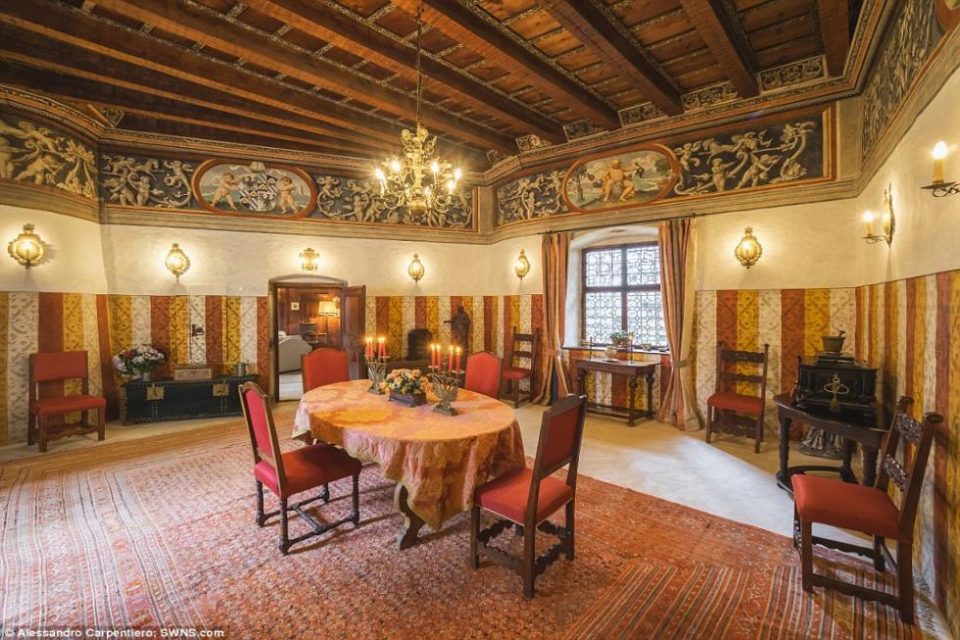 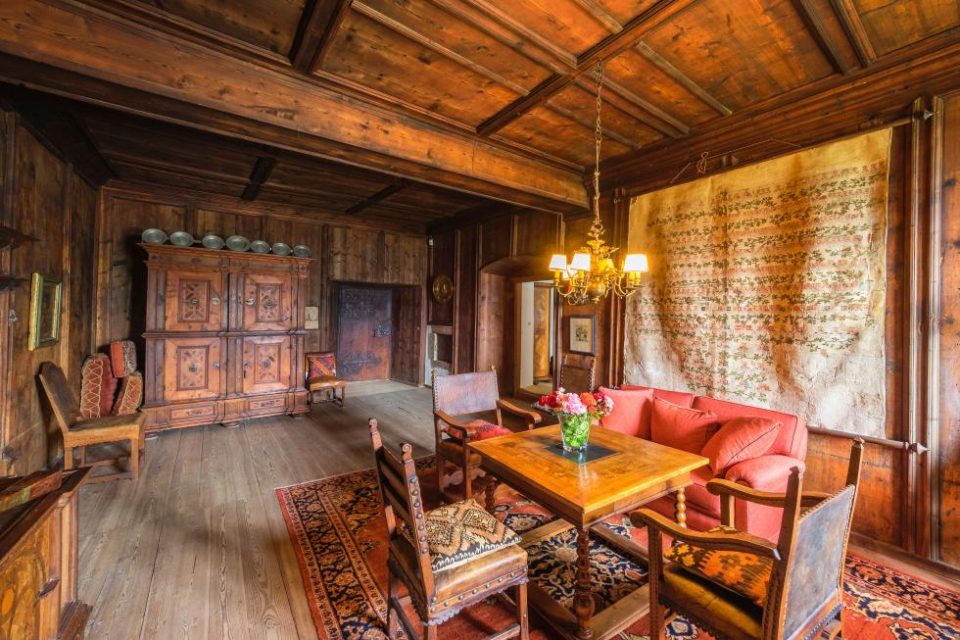 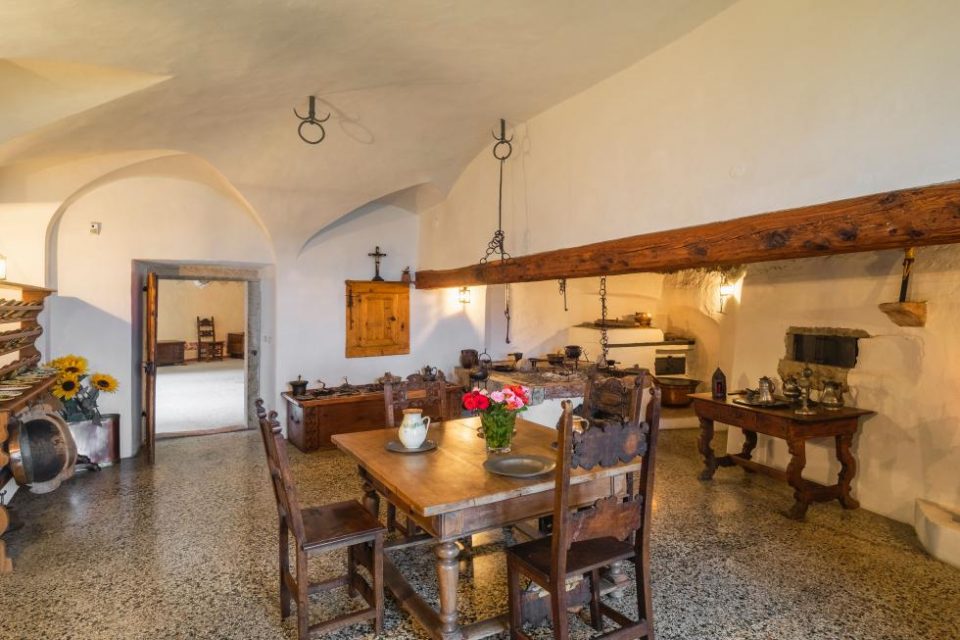 For the first time since it was constructed in 1200, the medieval Castel Valer will go to a new owner and pass out of the hands of the family of Count Spaur zu Flavon und Valer, whose ancestors have owned it since the 14th century. Restored over the last 20 years and now in pristine condition to take it into the next nine centuries, the castle is being offered in a no-reserve auction on September 8th, including furnishings of original antiques, chandeliers and Venetian mirrors. Previously valued at approximately $40 million, it might be perfect for anyone with a deep love of art, history and especially deep pockets.

Located in the foothills of Italy’s Dolomites Mountain Range near the Austrian border, the castle features 35,000 square feet of living space in 80 rooms including a 130-foot-tall granite octagonal tower, banquet hall, two chapels, 15 bedrooms, 14 baths, five kitchens including a medieval smoke kitchen, and over 18 acres of terraces, gardens, orchards and forest. Architecture is from the Romanesque, Gothic and Baroque eras and period features include 15th and 16th-century frescoes and antique crown-roof tiles. One of its chapels is covered in 15th century frescoes by old master painters Giovanni and Battista Baschenis. Its restoration was awarded the title of Europe’s best renovated chapel by Christie’s and Europa Nostra. Recent upgrades include an electric generator, two heating systems, alarm system, roof tiles and a water and waste pipeline to the nearest village of Tassullo.

Medieval Italian Castel Valer is going to no-reserve auction on September 8th selling for the first time since it was built in 1200. Recently valued at approximately $40 million. 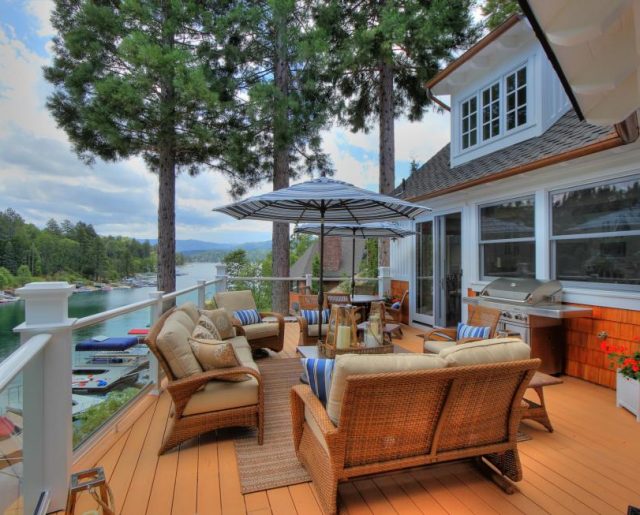 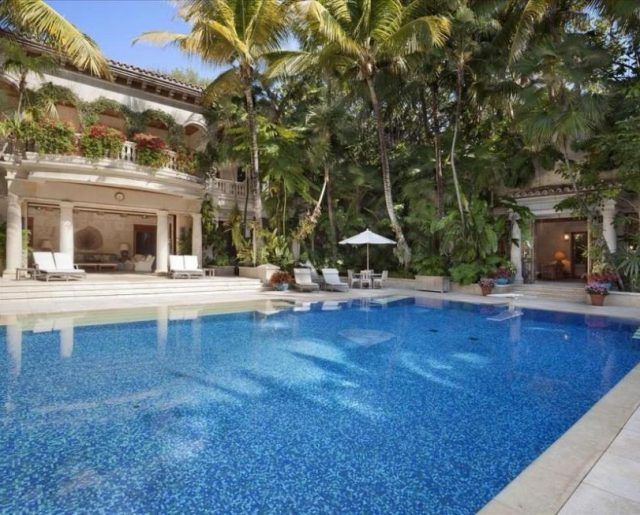 America’s Most Expensive Home! America’s most expensive mansions get pricier and more elaborate every year. One that was at the...Read More