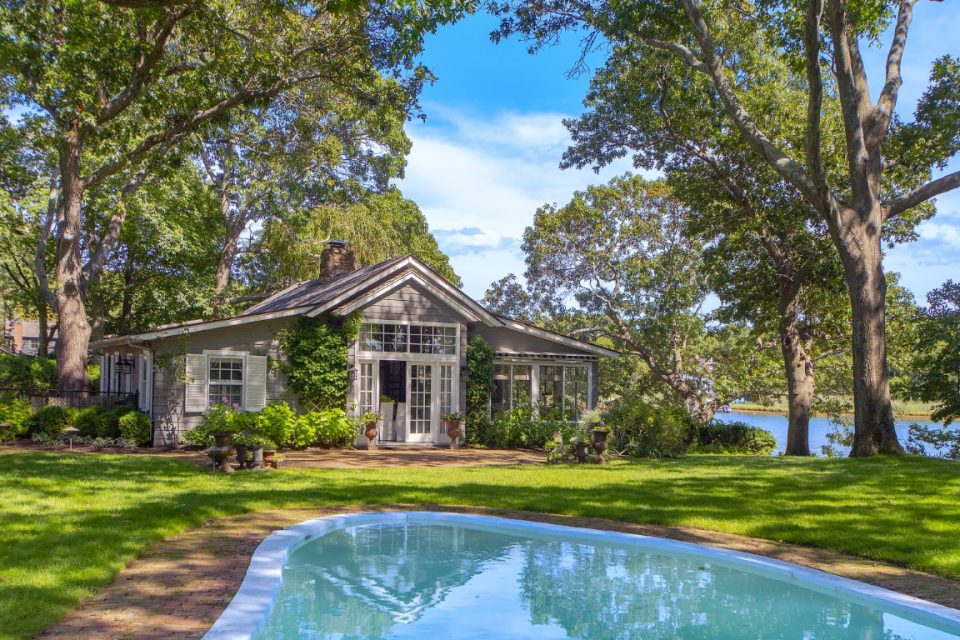 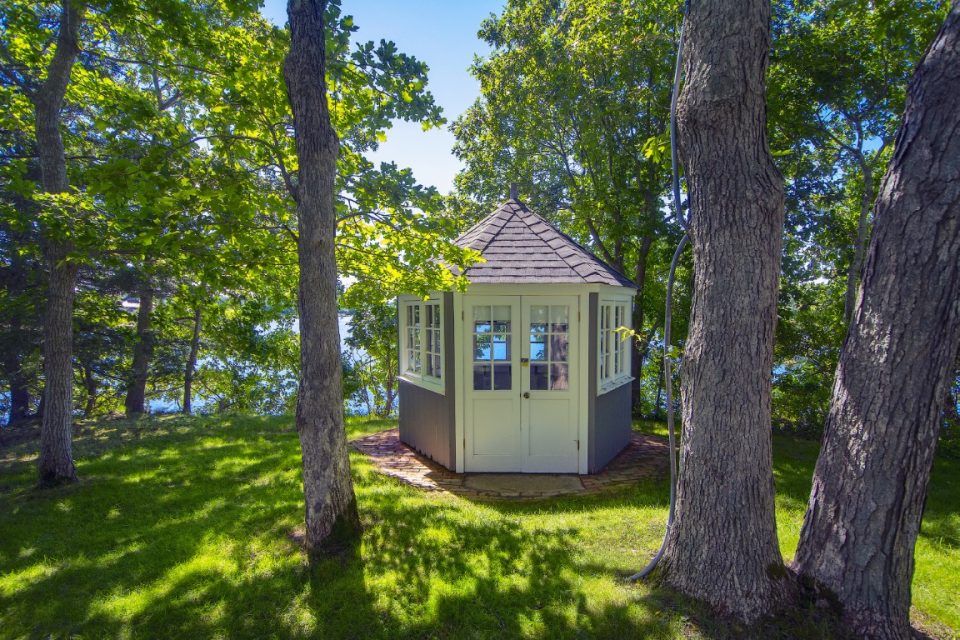 Steinbeck's writing retreat with a peaceful view away from the activity at the cottage. 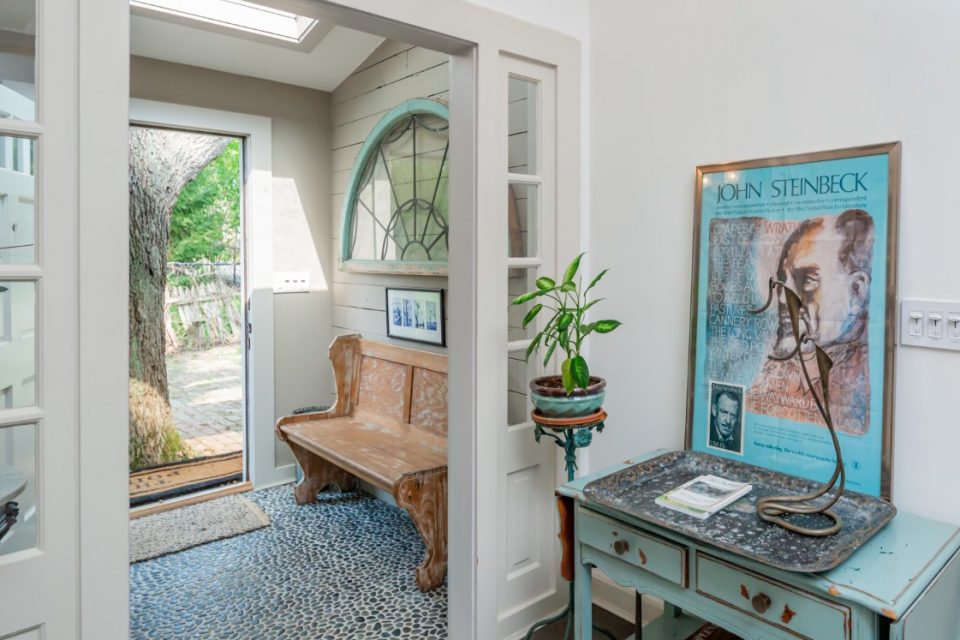 The charm of the foyer promises charm in the rest of the cottage. 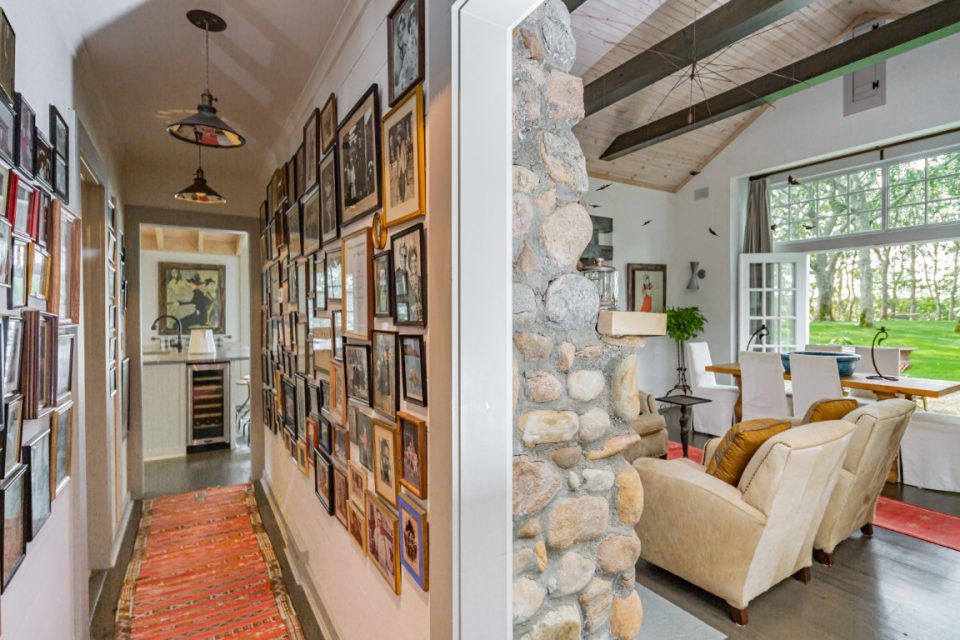 From the foyer are glimpses of the living room and hall with a family archive of photographs. 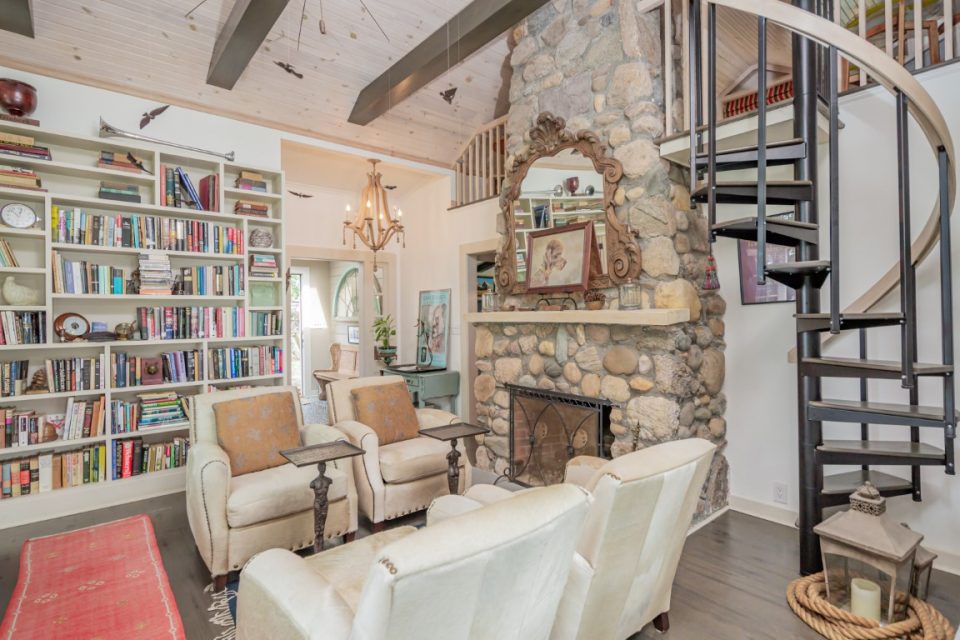 Steinbeck's poodle Charlie appears in a painting above the fireplace. 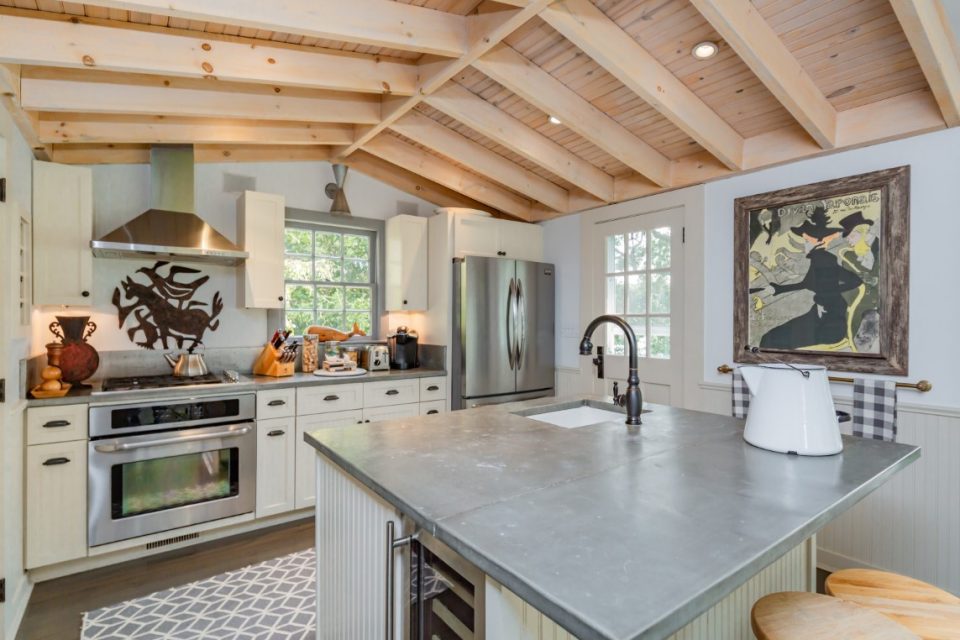 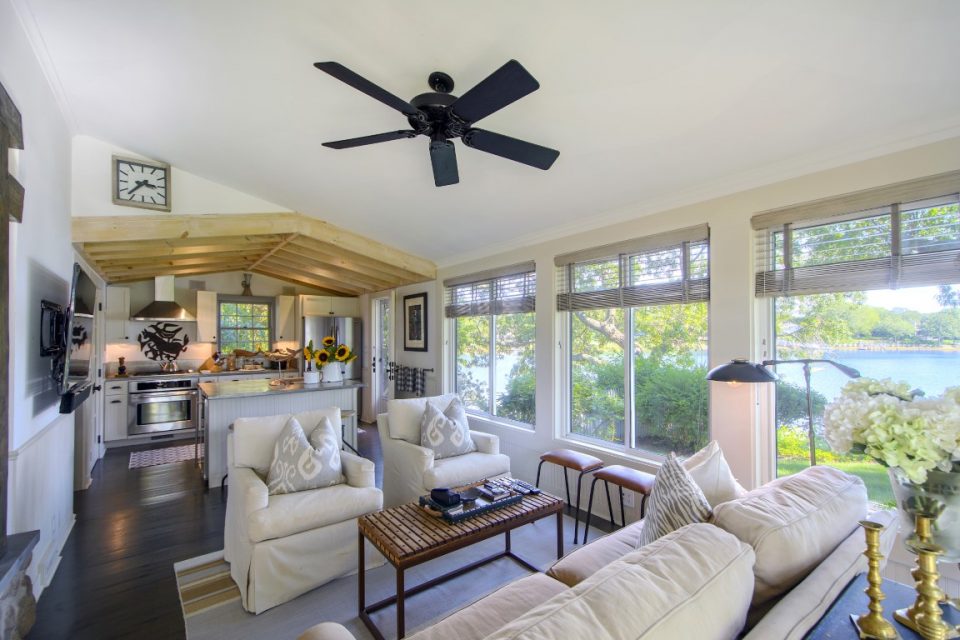 Both the kitchen and adjoining family room have sweeping views over Morris Cove. 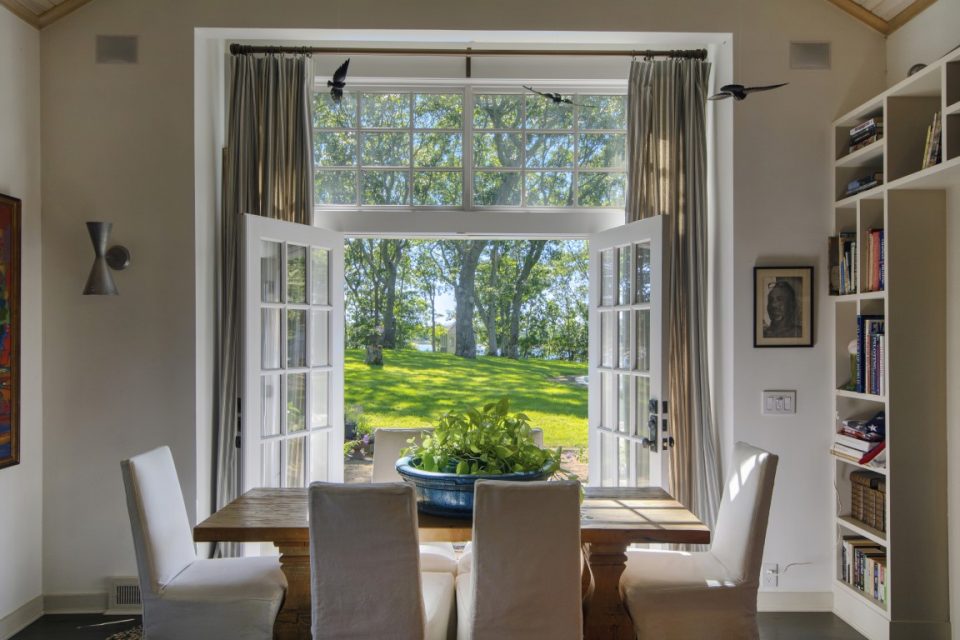 French doors in the dining room open to a terrace. 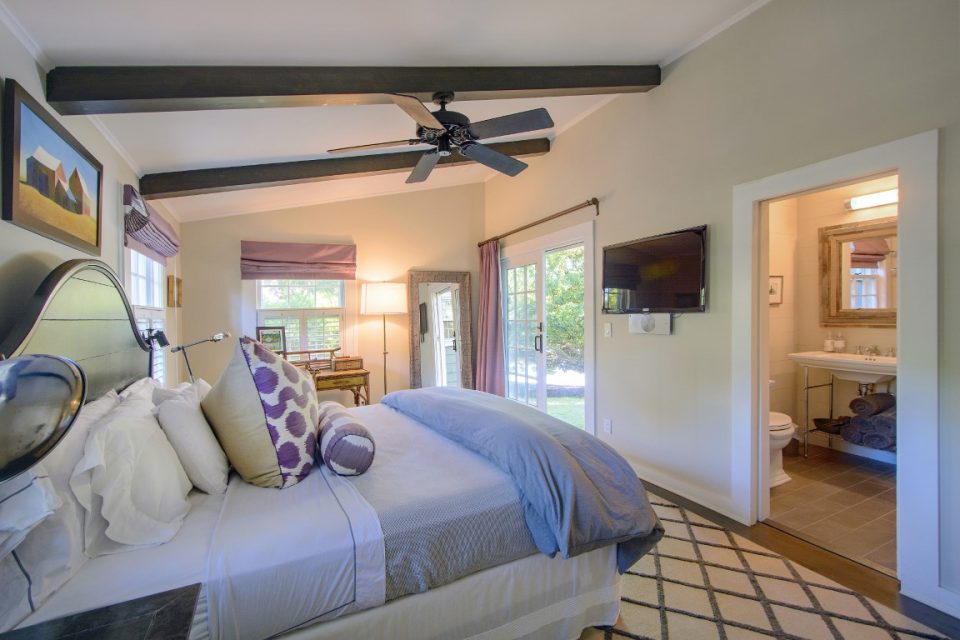 The master suite has a beamed ceiling and French doors that open to the lawn. 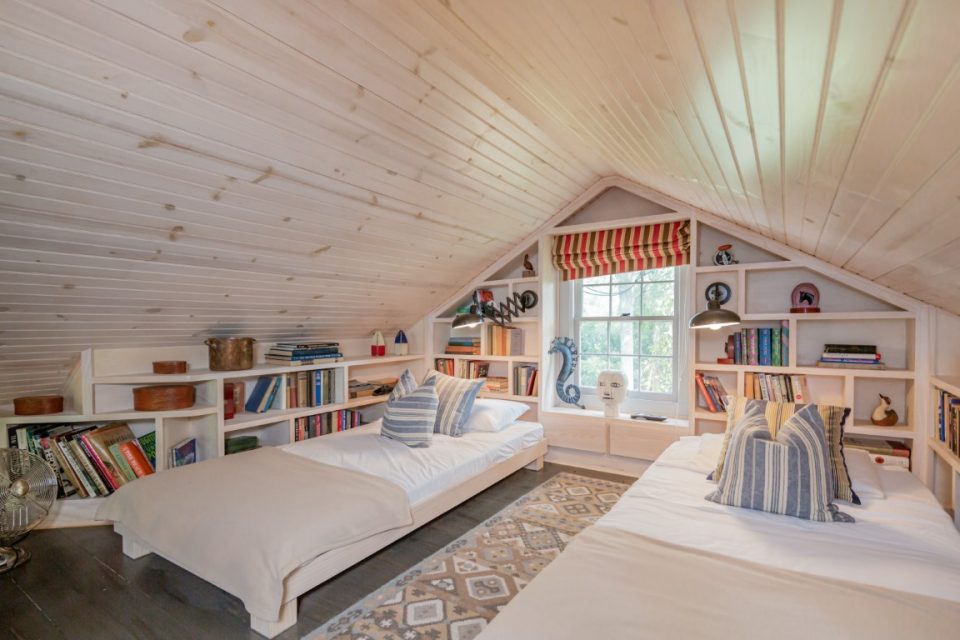 In addition to the master suite and a guest bedroom, a charming attic bedroom is perfect for children or additional guests. 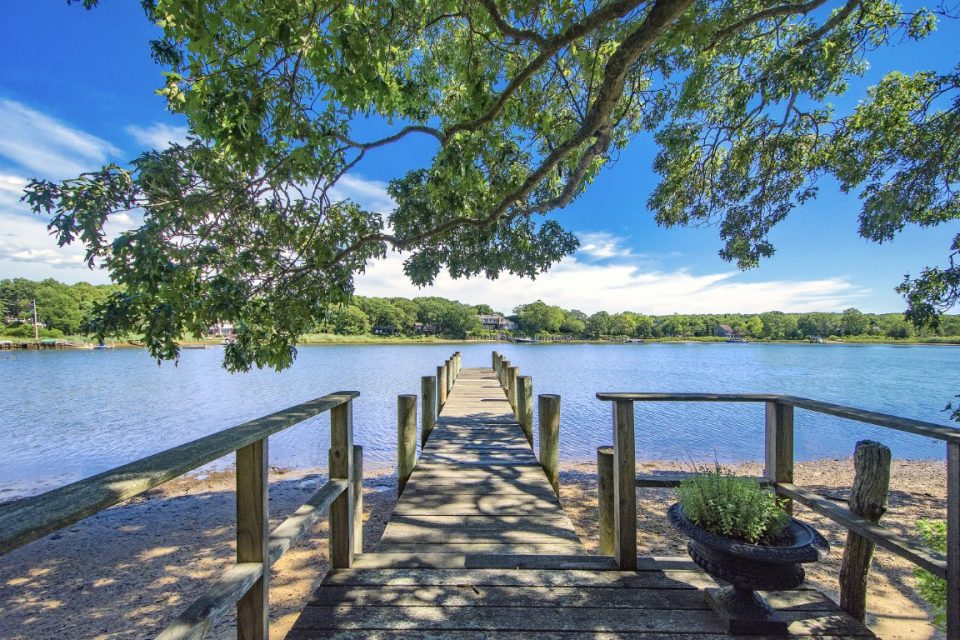 Steinbeck passed many enjoyable hours fishing off the pier. 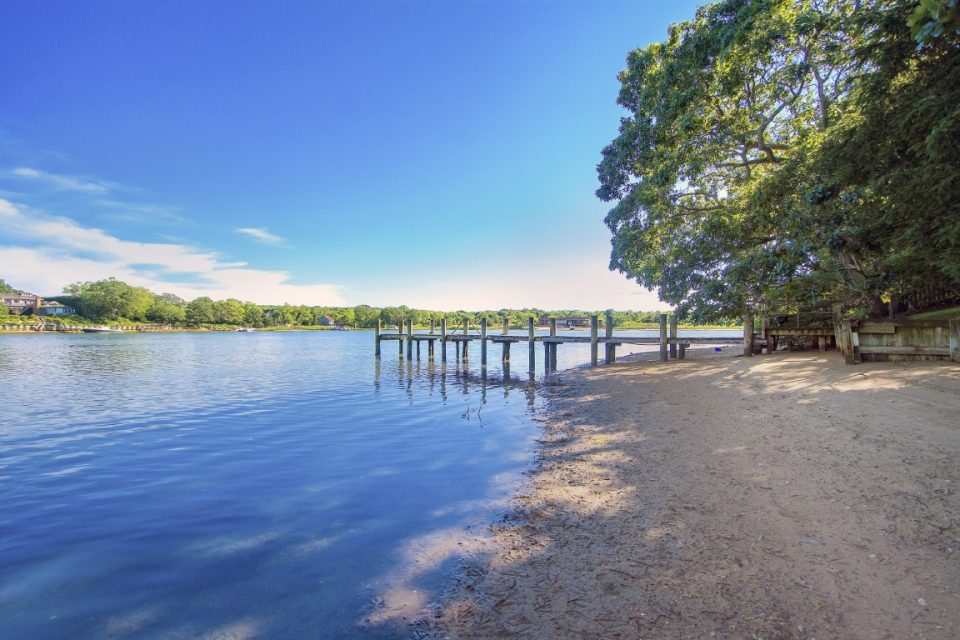 The property is very private due to being surrounded by water on two sides. 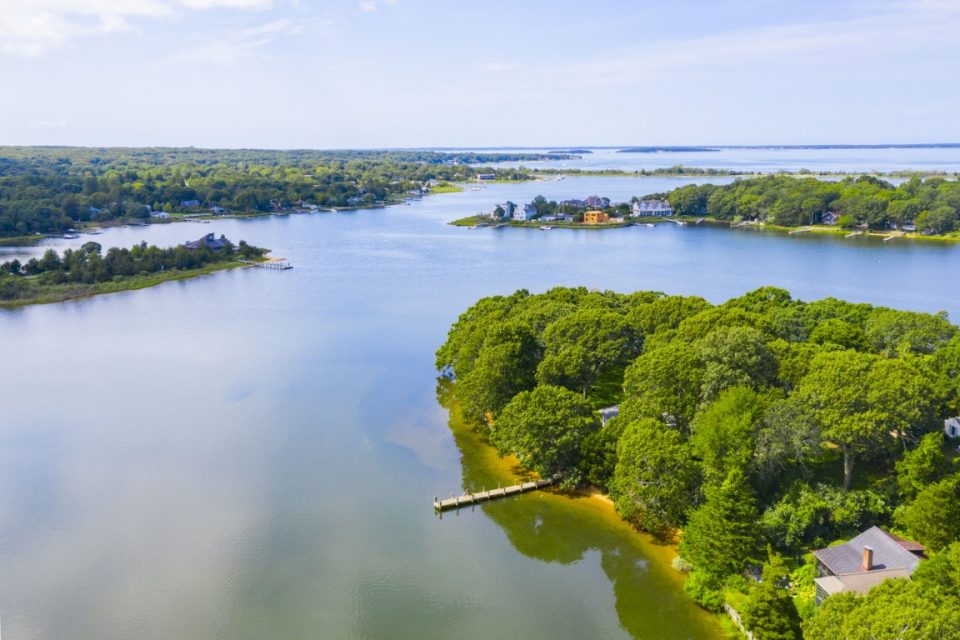 The coves are nice for fishing and a variety of water sports.

For the first time in 60 years, the Sag Harbor oceanfront cottage and octagonal writing retreat where John Steinbeck wrote The Winter of Our Discontent and Travels With Charley are for sale, priced at $16.75 million. It was Steinbeck’s self-described “Eden,” his home from 1955 until he died in 1968.

One of America’s most important writers with both a Nobel and Pulitzer Prize, Steinbeck’s classic works include the novella Of Mice and Men (his dog chewed up the original manuscript) and the novels Grapes of Wrath and East of Eden.  John spent most of his early life in Southern California where he worked odd jobs, including farmworker, handyman, and tour guide before his success as a writer in his early 30s. Many of his best works were inspired by the people of California and from the trips he took across the United States.

Although California was his home state where there is a National Steinbeck Center Museum and where his Salinas boyhood home has been restored and open to the public, Steinbeck moved to New York in 1941, switching between New York City and Long Island’s Sag Harbor. At first a vacation and weekend getaway, in 1955, Steinbeck bought a Sag Harbor waterfront cottage, the place he called “my little fishing place,” where he stayed for most of the rest of his life. With almost two acres and views over Morris Cove and Upper Sag Harbor Cove, Steinbeck built a writing hut where he could work with no distractions and water views over Morris Cove and Upper Sag Harbor. The writing hut is still intact and carefully preserved much as it was when Steinbeck left with his dog in 1960 to begin his 10,000-mile road trip that became Travels with Charley.   Steinbeck took a huge interest in Sag Harbor, helping to start the town’s annual whaling festival and the landmark Beebe Windmill construction, where the Sag Harbor Chamber of Commerce is now located. In 2019, Sag Harbor dedicated a town park in his name.

Steinbeck’s beloved cottage and writing hut are located on 586 feet of waterfront on two sides with emerald lawn and a scattering of old-growth shade trees, the property includes a pool, which Steinbeck referred to as his “cement pond,” a guest house, and one of his favorite things: a 60-foot pier from which he enjoyed fishing.  The main cottage has two bedrooms, two baths and a large stone fireplace in the living room, which has beamed cathedral ceilings.  The Steinbecks created a library loft above the living room.  Throughout the cottage are many windows and French doors that let sunlight spill across the rooms. The next owner will be able to sit in the writer’s hut rereading Steinbeck’s novels that were penciled on a yellow pad while sitting in this very spot.

Sag Harbor and its Hamptons surrounds have long been a celebrity magnet.  Richard Gere, Jimmy Buffett, Howard Stern and Paul Simon are a few of the A-listers who are happy homeowners in the Hamptons. 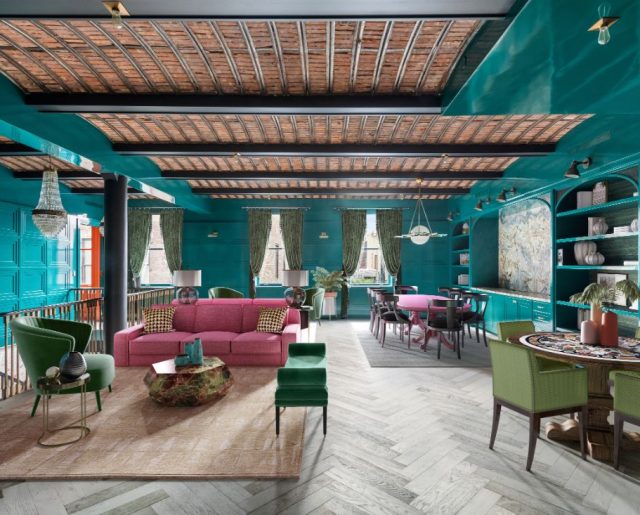