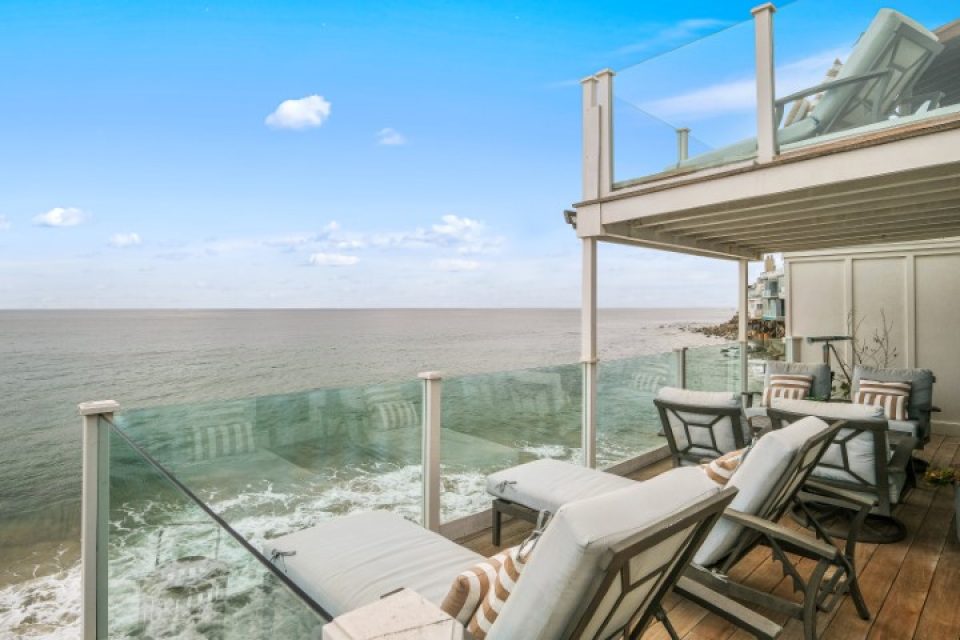 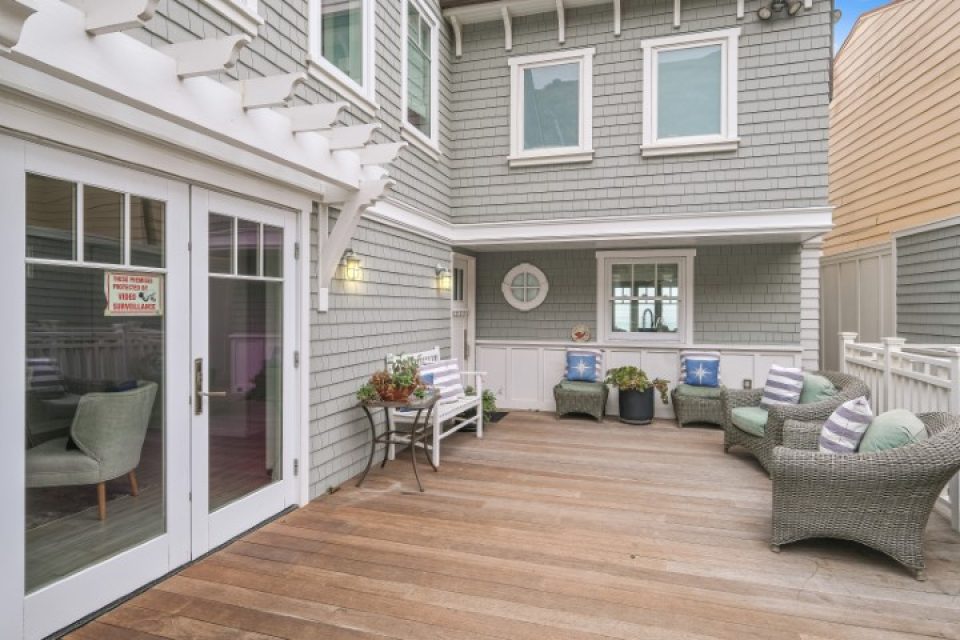 The Malibu beach house where Judy Garland lived with her second husband, Vincente Minnelli, and their daughter, Liza Minnelli, shortly from after it was built in 1947 into the 1950s. 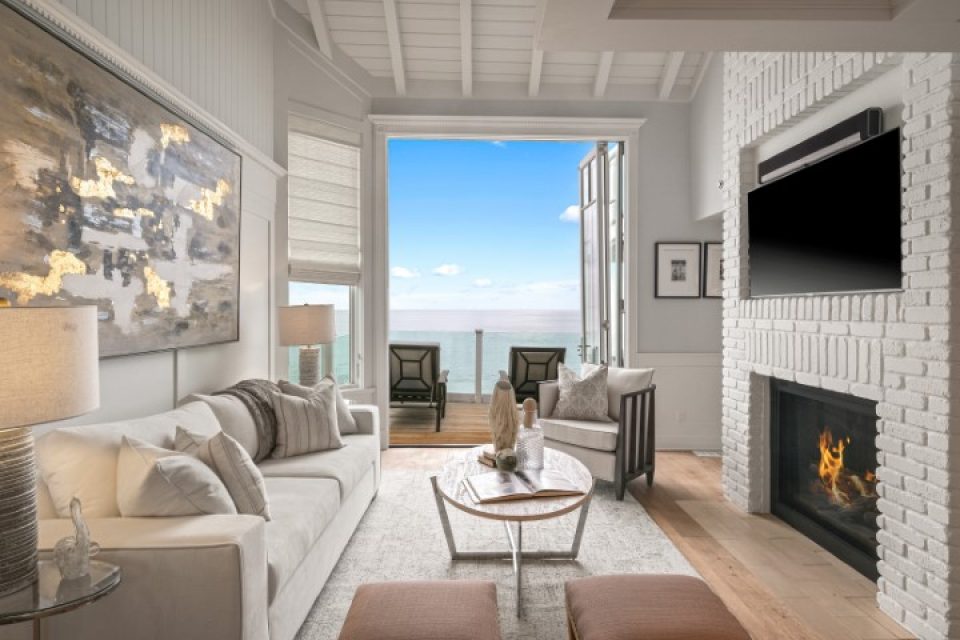 Their former beach house is on Malibu’s Las Tunas Beach within a stretch of beach homes that have been the backdrop for a number of films. 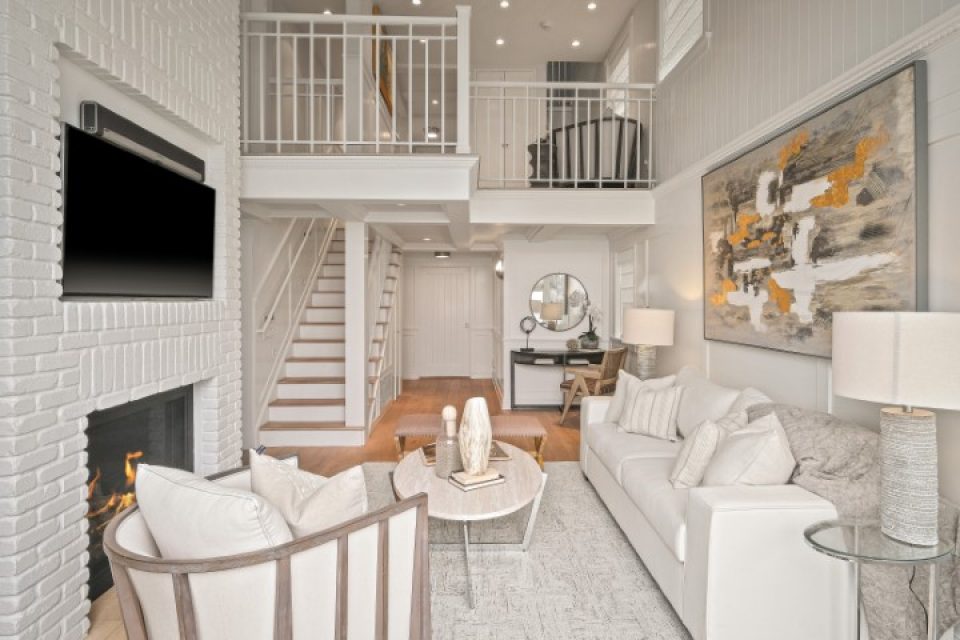 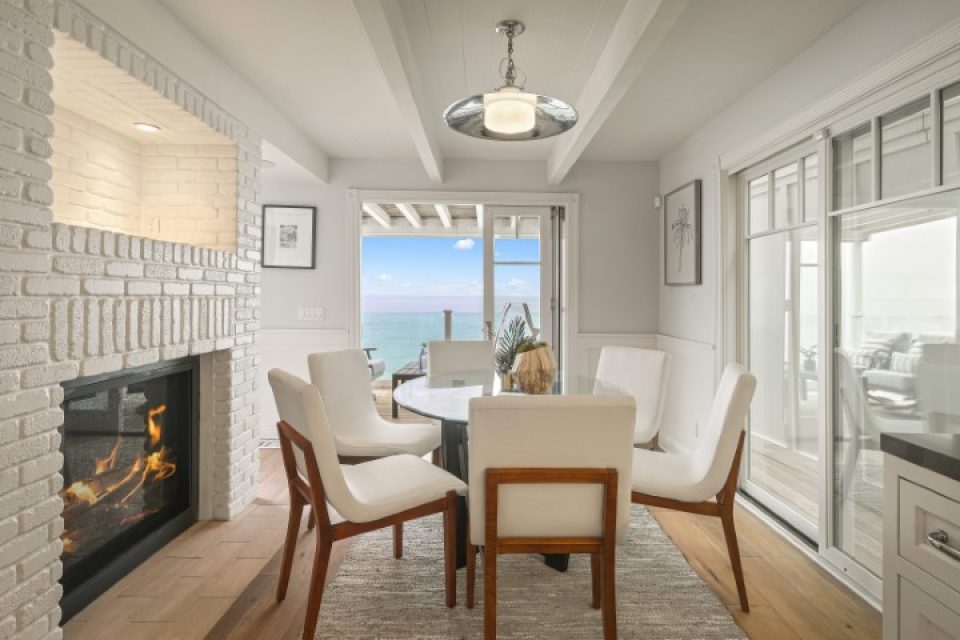 The double-view fireplace serves both the vaulted-ceiling living room and dining room. 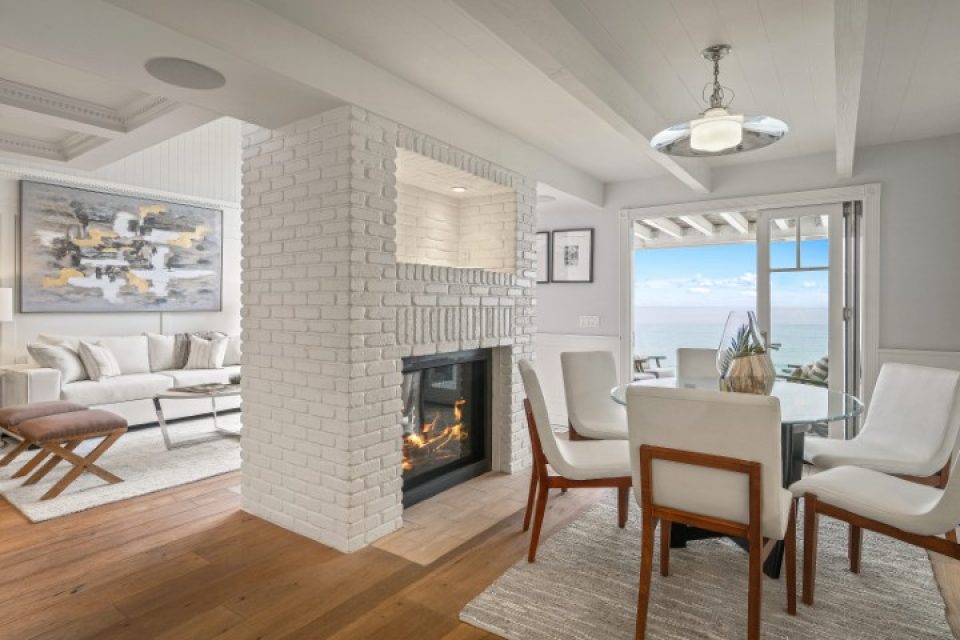 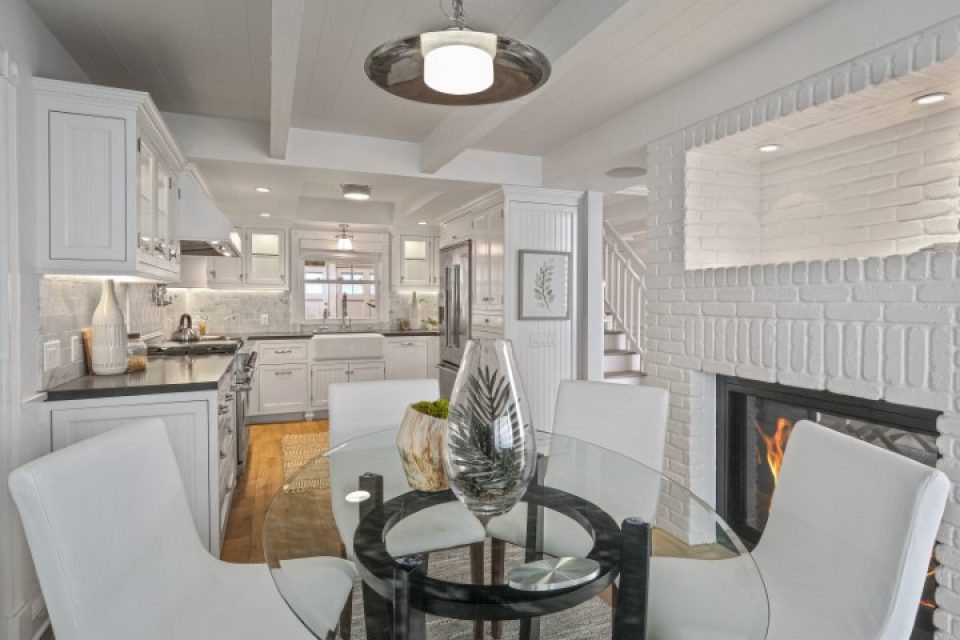 The kitchen has been completely updated with marble countertops and Viking appliances. 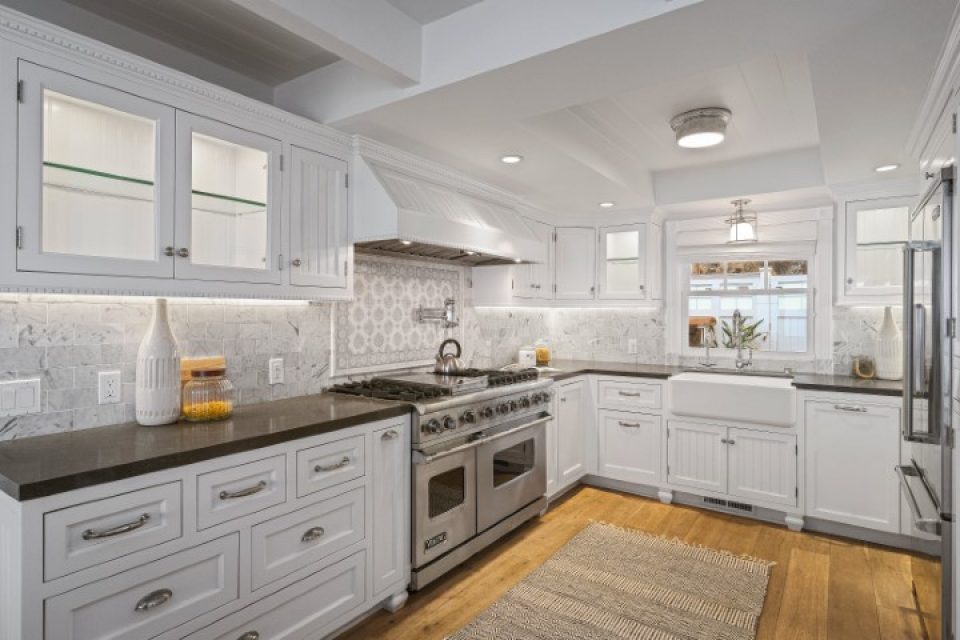 The large kitchen is perfect for preparing guest meals. 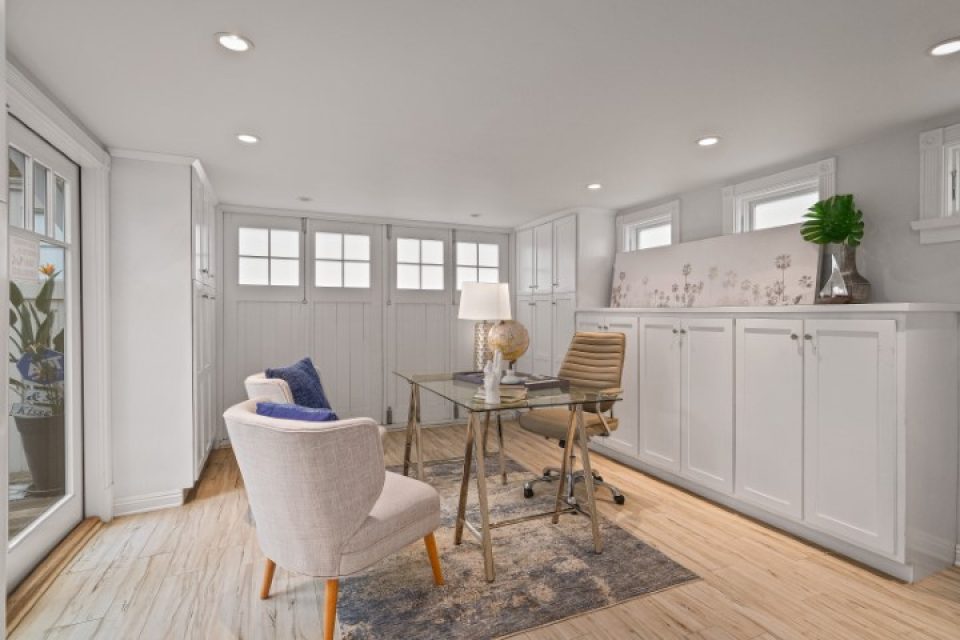 The office also looks out on lovely views. 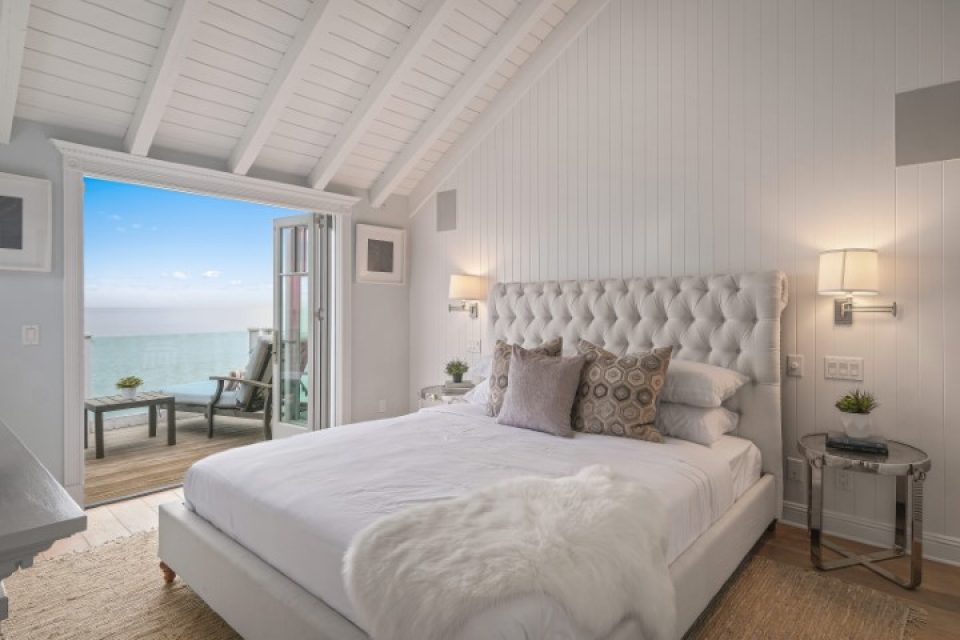 The upstairs master suite has ocean views and deck for watching the moon over the ocean. 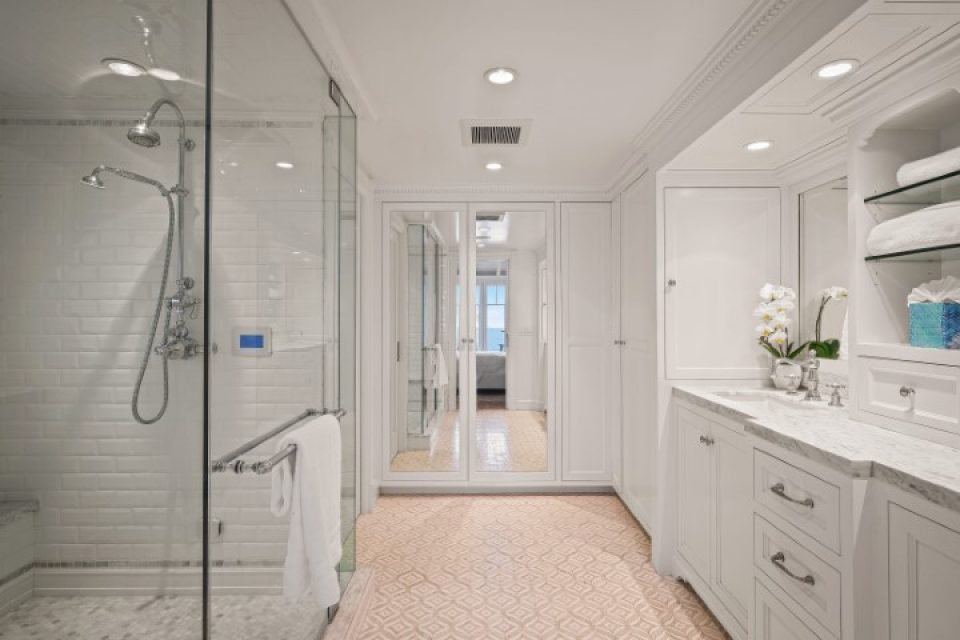 The master bath is spacious with an impressively large shower.

The Malibu beach house where Judy Garland lived with her second husband, Vincente Minnelli, and their daughter, Liza Minnelli, shortly from after it was built in 1947 into the 1950s is for sale. Completely rebuilt in 2013, it is priced at $3.895 million.

What’s better than to cozy up on a rainy Sunday afternoon and sink into old movies, some of the best of which starred Judy Garland. With her exceptional singing voice, the studios cast her in the best musicals of the time such as Wizard of Oz, Meet Me in St Louis, The Harvey Girls, and Easter Parade - still big favorites on cable television. Moviegoers were stunned by her voice and her youth, making her early films huge box office hits. It was only later when she starred in films without singing and portrayed as an adult, that her popularity failed and her movies lost money for the studios.

Garland went through five marriages and had many highly publicized affairs beginning as early as age 18. Her serious relationships of marriage, such as the one with director Vincente Minnelli, produced three children, including Liza, who had the gift of the voice gene that would carry on the family vocals after her mother’s death in 1969. Judy had mental health issues that began as a teenager, thought to be brought on by her stressful work as a child performer, which she attempted to drown through substance abuse. In 1969 in London, Judy died of an accidental drug overdose.

Measuring 1,311 square feet, the former Garland-Minnelli beach house is on Malibu’s Las Tunas Beach within a stretch of beach homes that have been the backdrop for a number of films. Enjoying uninterrupted ocean-and-beach views, the house has three bedrooms and three baths with a double-view fireplace for both the vaulted-ceiling living room and dining room. Designed in Cape Cod style, entry is through a private courtyard. The first floor has views straight out to sea through ten-foot accordion doors opening onto the expansive deck where one can sunbathe or entertain guests. The kitchen has been completely updated with marble countertops and Viking appliances. Upstairs, the master bedroom opens onto its own private oceanfront deck.

Malibu Beach has long been known for its large number of celebrity homeowners. Not only does Malibu provide miles of beautiful sandy beach, there are numerous upscale eateries on the water where celebrities and everyone can dine casually or more formally with views of the breaking waves. Some longtime residents include Courtney Cox, Cher, Lady Gaga, Leonardo DiCaprio, Robert Downey Jr. and Miley Cyrus. 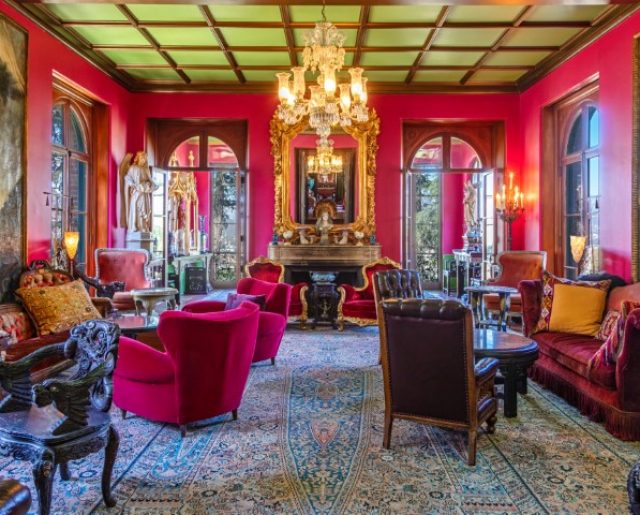 In the early 1900s, Southern California became the glamour capital of the world, where some of the world’s most famous...Read More