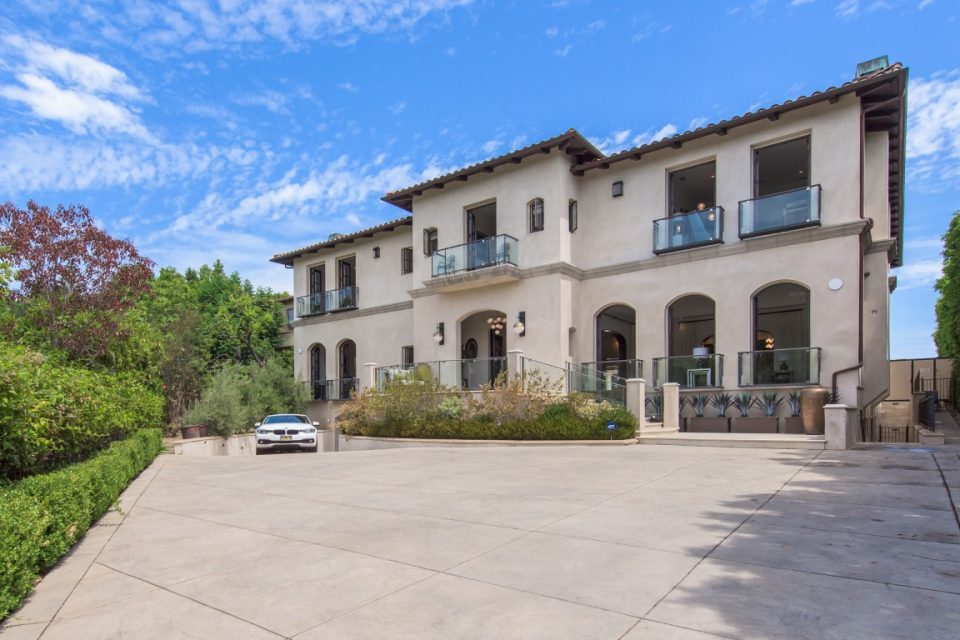 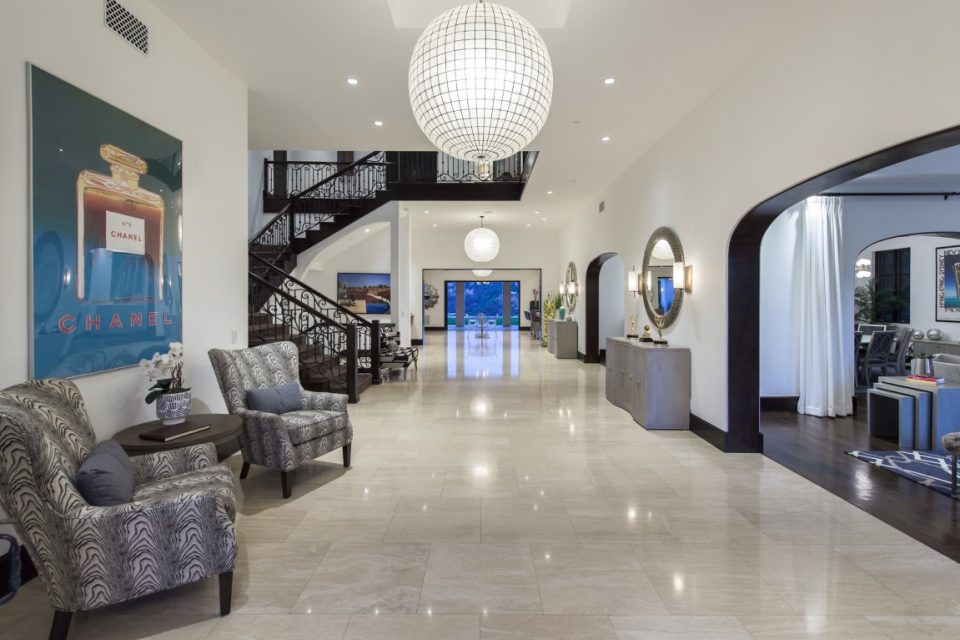 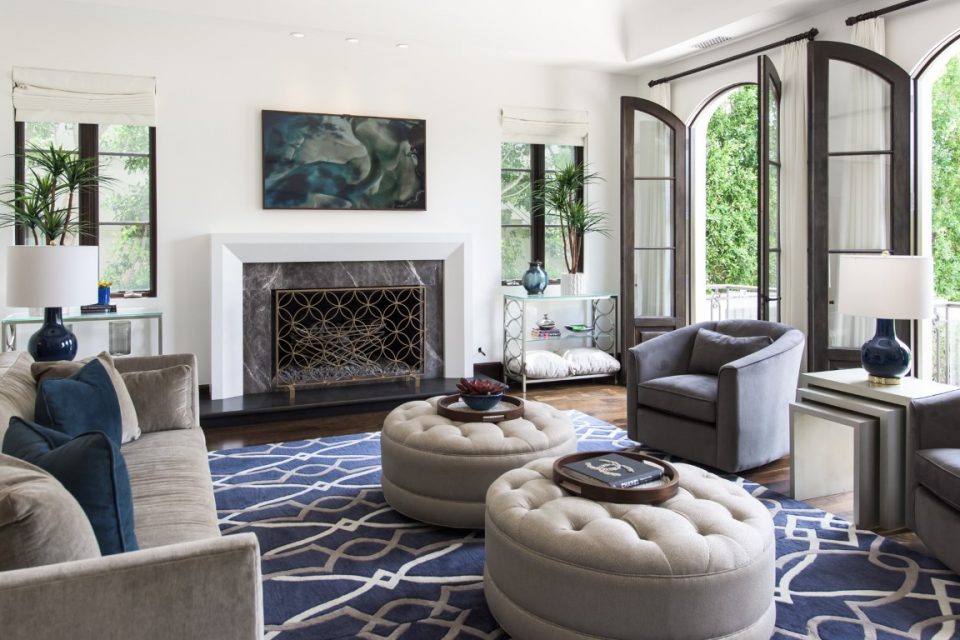 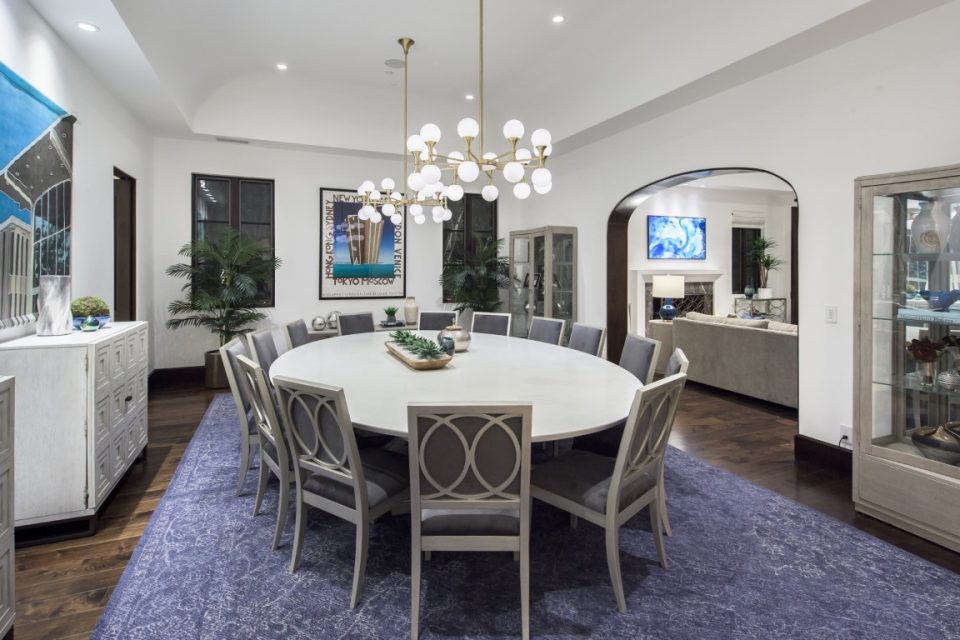 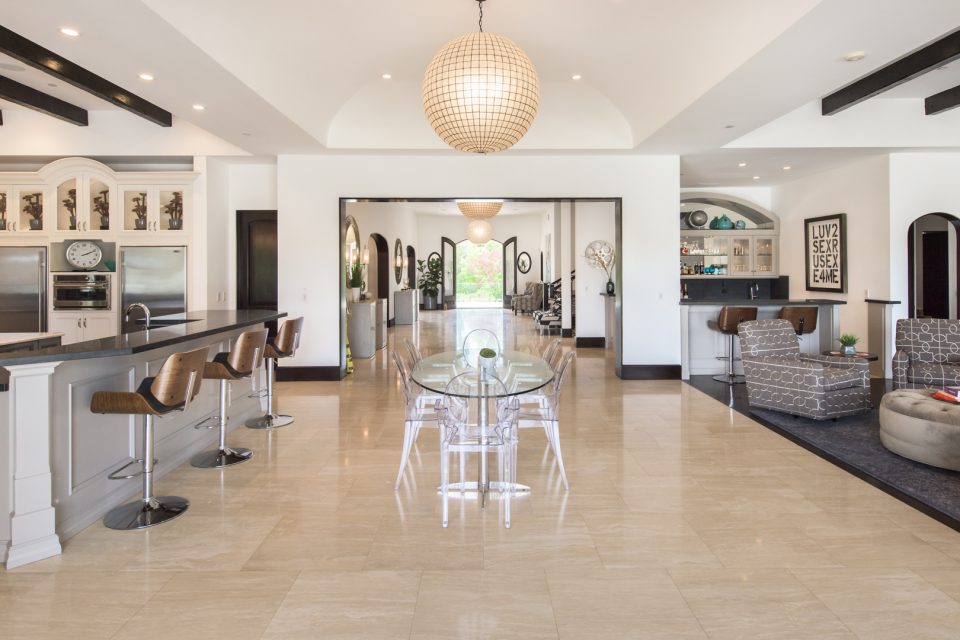 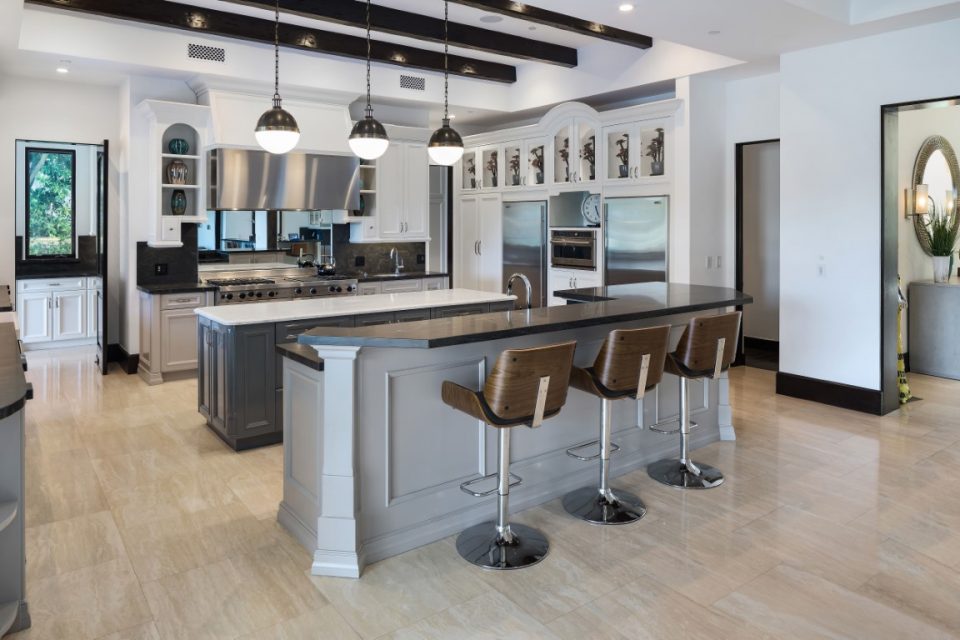 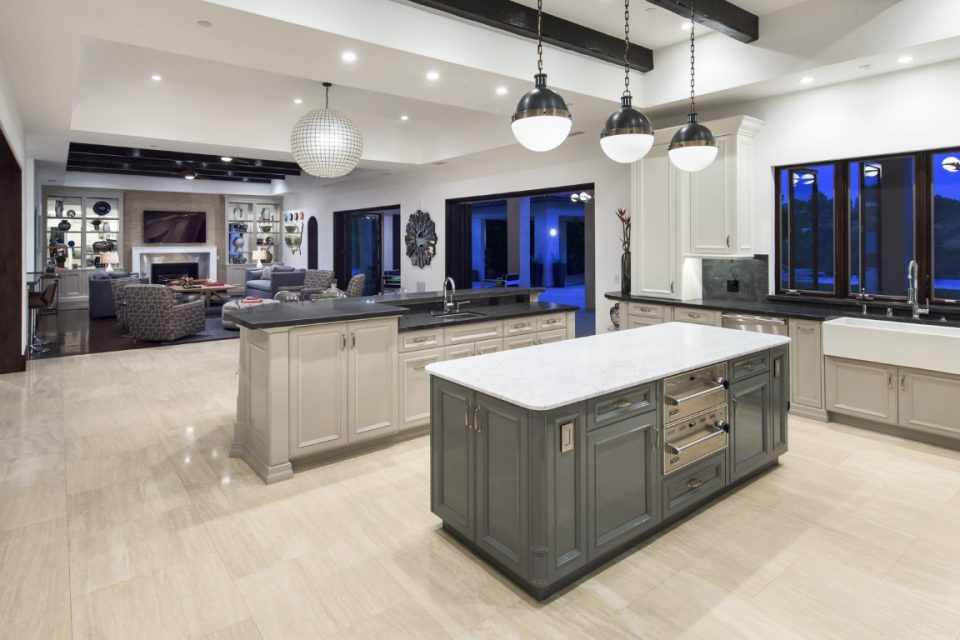 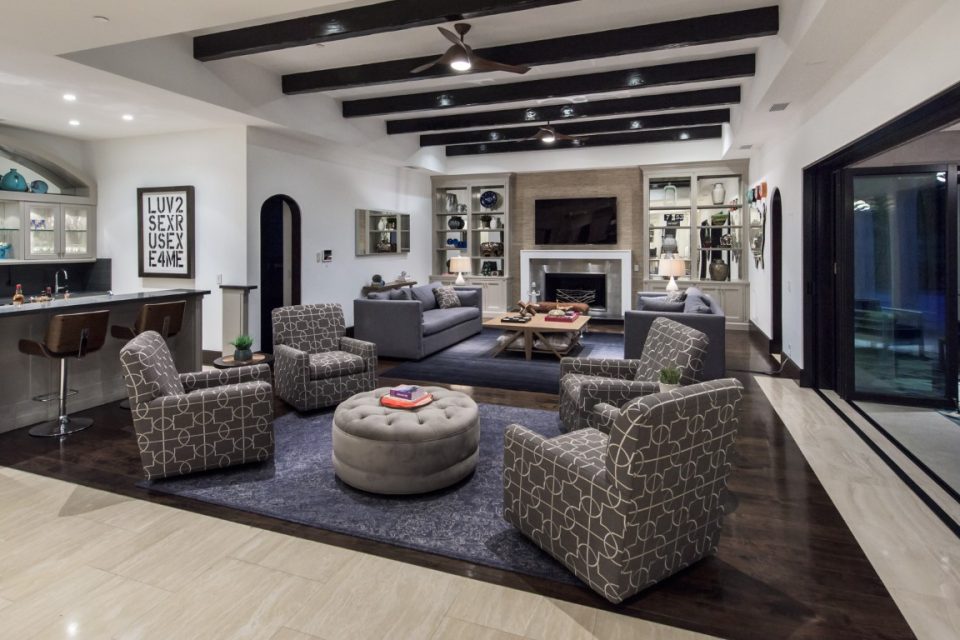 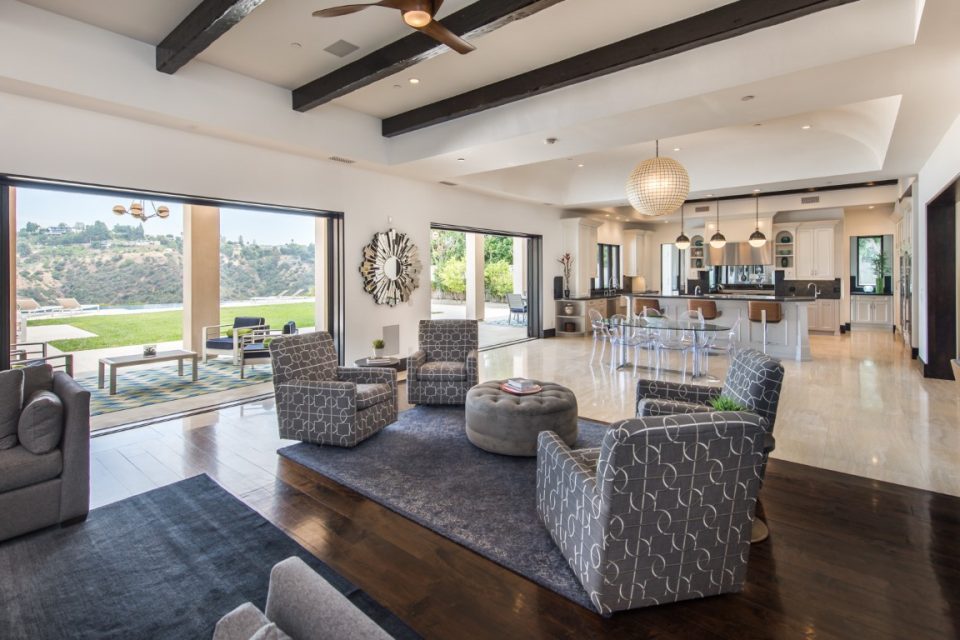 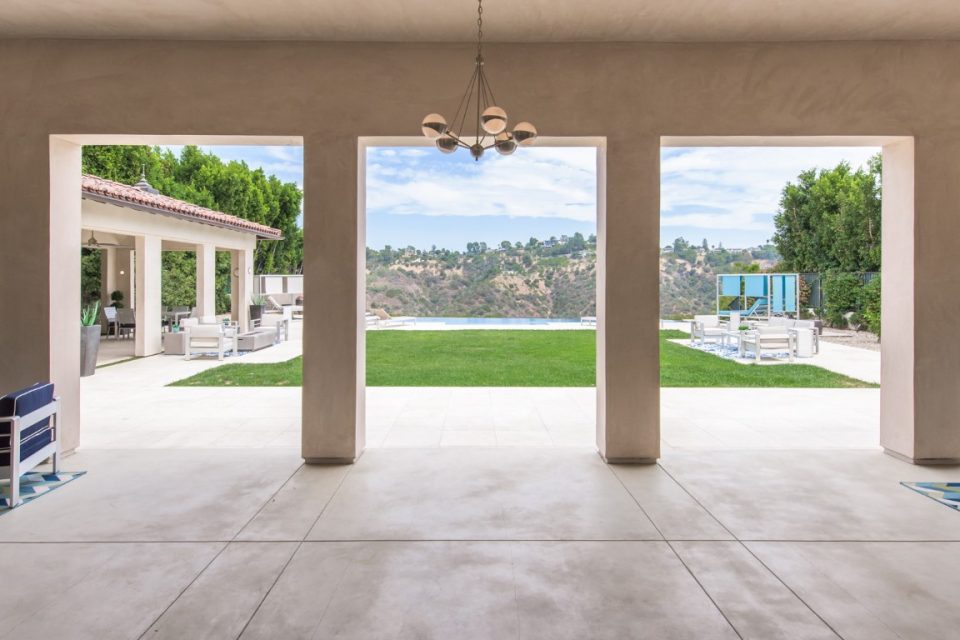 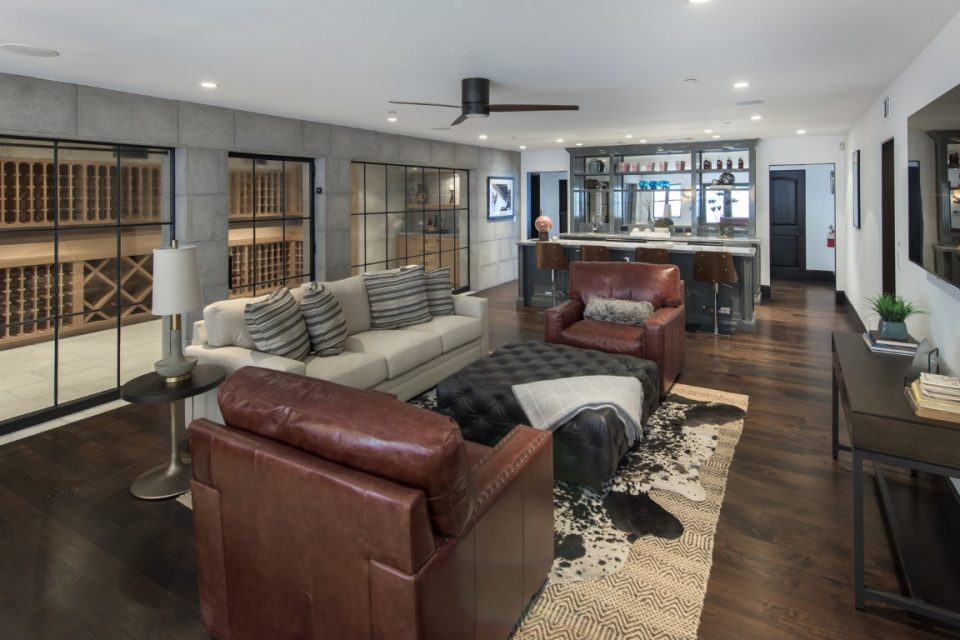 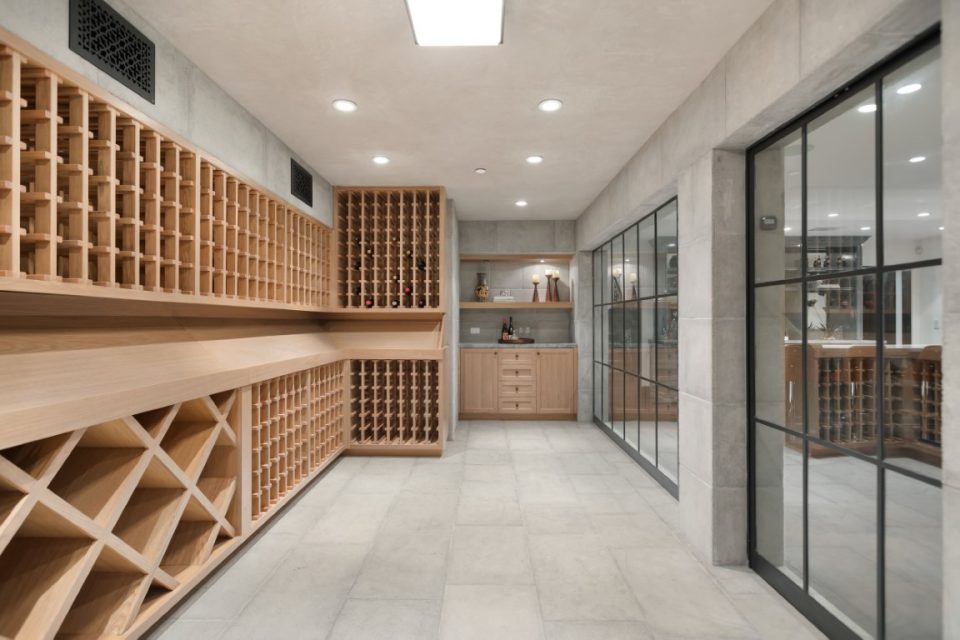 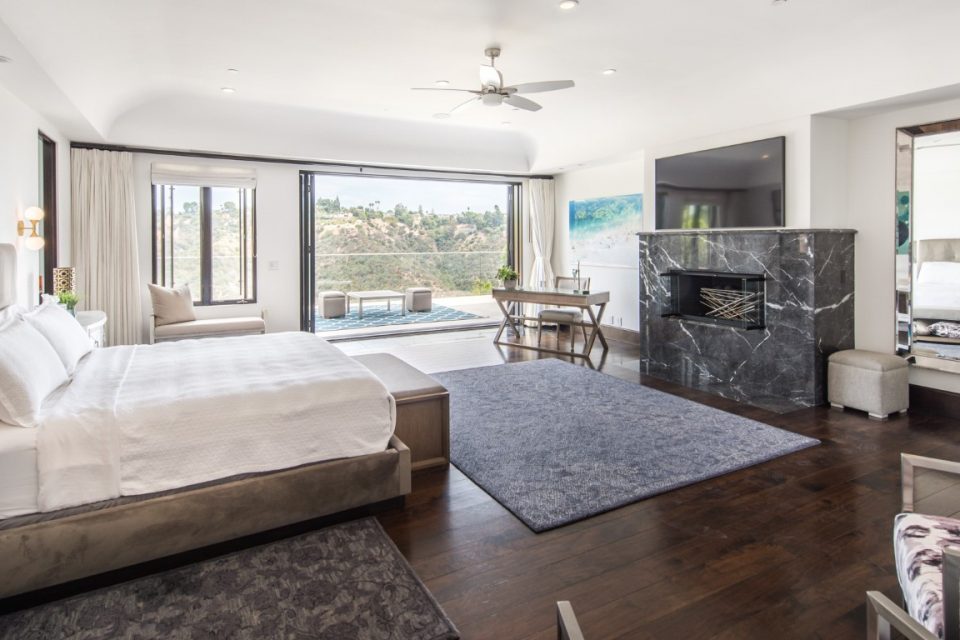 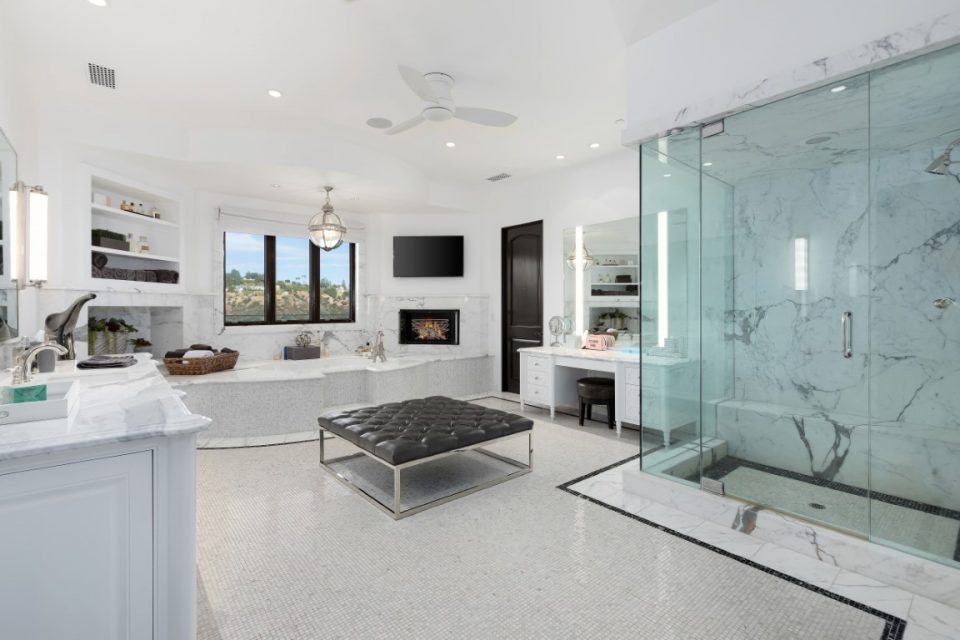 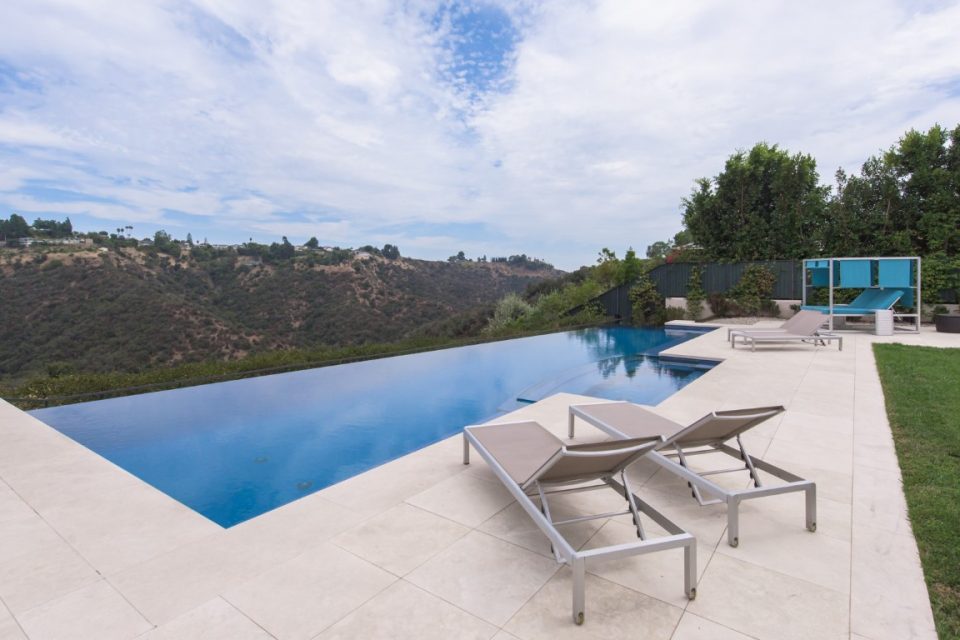 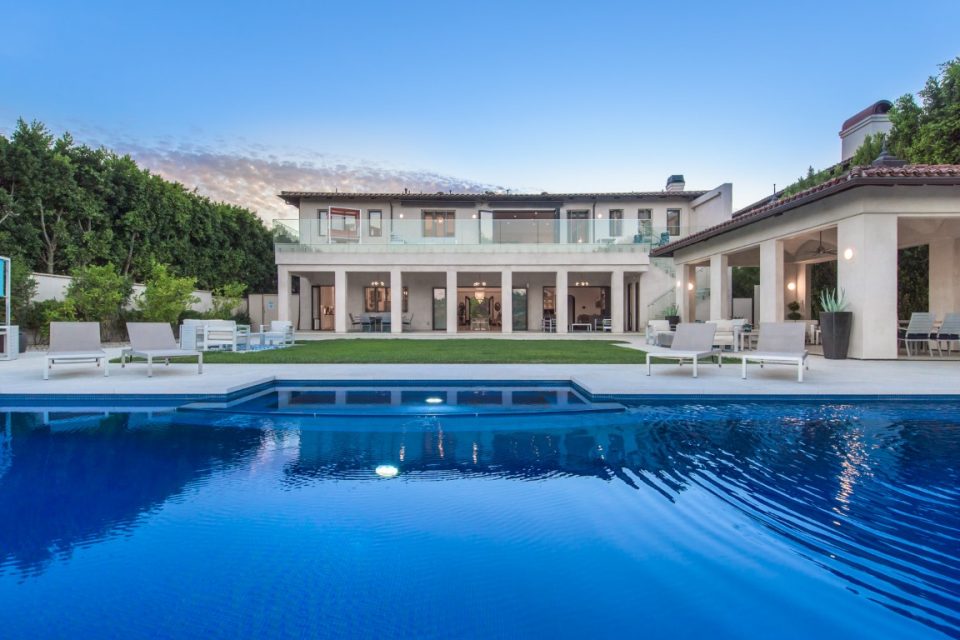 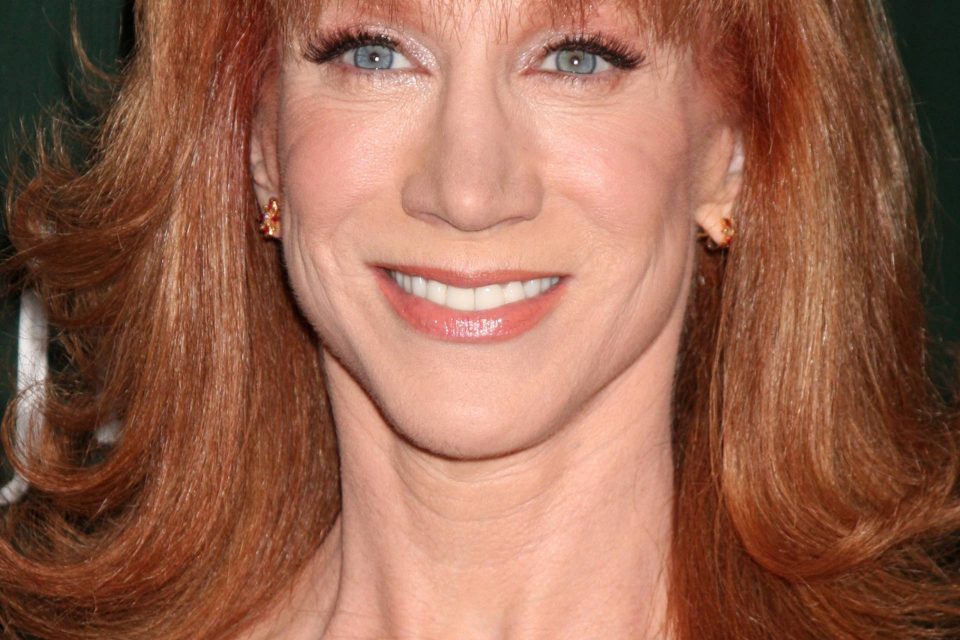 My Life on the D-List comedian Kathy Griffin is selling her guard-gated Bel Air Crest mansion she bought in 2016.  It was also where she married husband Randy Bick on New Year’s 2020 that was officiated by friend-and-legendary-comedian Lily Tomlin.  Almost five years after moving in she has recently put it on the market priced at $15.9 million.

Bel Air Crest is one of several gated communities in Bel Air favored by celebrities due to its heavy security.  Said to be possibly the most prestigious of the few, it has beautifully landscaped common areas, is a great place for walks and has a well-outfitted community center.  Homeowner recreation includes a pool, tennis courts and putting green where residents can feel comfortable among their peers.

Built in 2003, Kathy’s 13,336-square-foot, three-story home opens into a skylit foyer with wrought-iron banisters on the curving stairwell and overlook.  Straight ahead down a wide long hall is a wide view and access to the back garden.  Contemporary Mediterranean in style, the interior has the light, bright California vibe.  The main floor has an open floor plan with formal rooms and a chef’s kitchen with butler’s pantry and an adjoining family room.  French doors open from the family room to the pool terrace.  The home has a total of nine bedrooms and 12 baths.  All bedrooms are ensuite with the master having its own terrace with steps leading to the ground level and has his-and-her baths, large dressing room closets and lovely outdoor views.

The lower level, apart from its car gallery and staff quarters, is all about fun.  It has a 1,000-bottle wine cellar - which she told People she would fill when she had 1,000 guests - a home theater and a billiards room.  Landscaping is mature, lushly planted and is a mix of lawn, trees and shrubbery.

With 30 years of performing under her belt and amassing a fortune of approximately $40 million, the redheaded, razor-tongued comedian has won two PrimeTime Emmy awards and a Grammy for her TV show My Life on the D-List.  Smart with her money and praised by Forbes and other publications for paying cash for her real estate, Kathy has performed numerous concerts including The Kennedy Center, Carnegie Hall, Sydney Opera House and 23 televised comedy specials - more than any other comedian in history.

Kathy Griffin is selling what she once called her “dream home” in the celebrity laden gated community of Bel Air Crest.  Priced at $15.9 million, the listing agents are Bravo’s Million Dollar Listing stars Josh and Matt Altman of Compass, Beverly Hills. 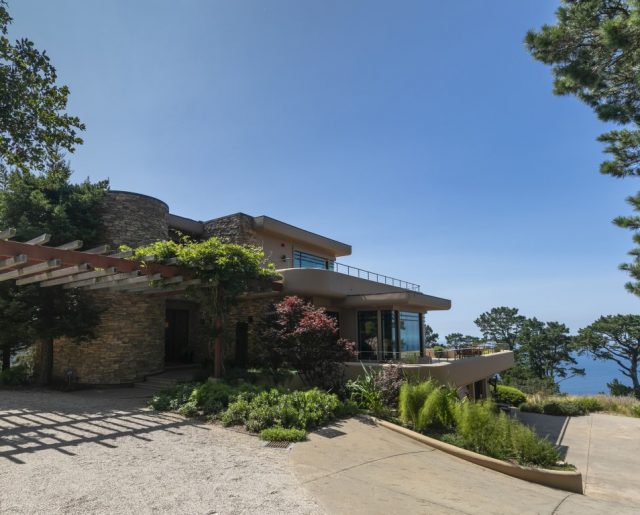 California Contemporary With a Fallingwater Vibe!

Sixty-five years after Frank Lloyd Wright designed the most famous private home in the United States for the owner of...Read More