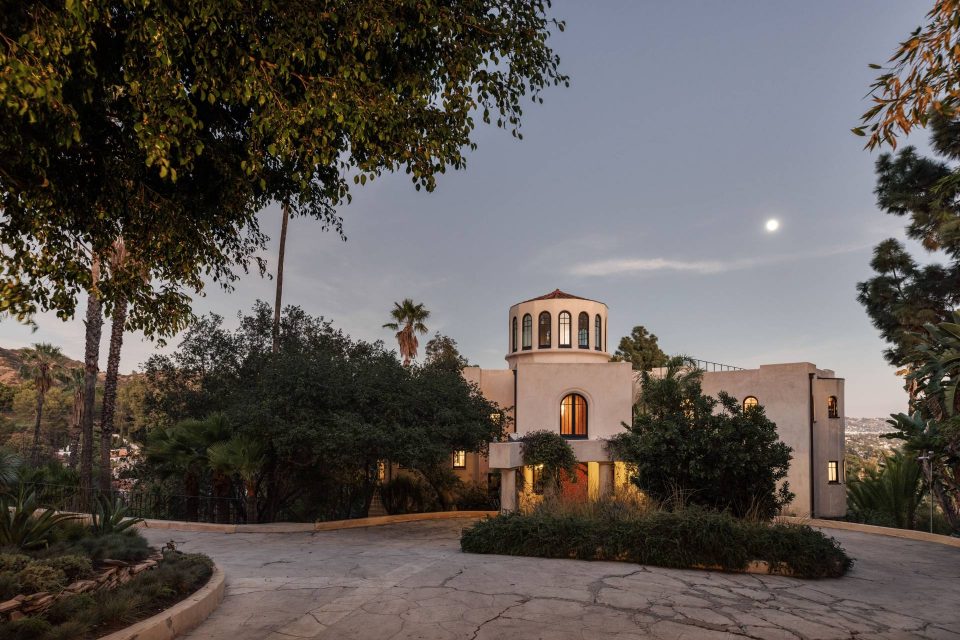 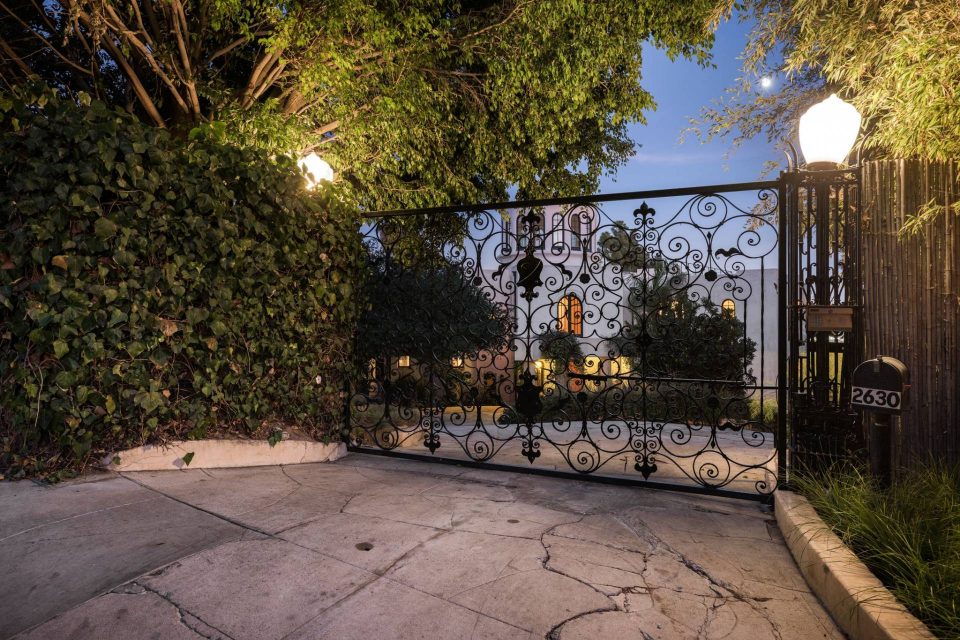 The Castle is one of LA’s most historic homes. 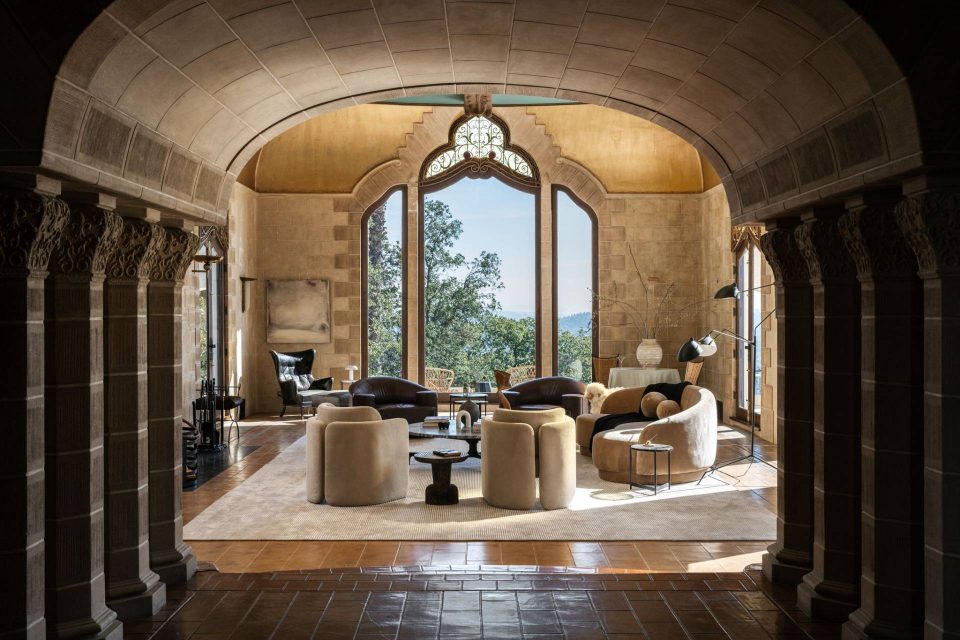 A mixture of Spanish, Art Deco, and Assyrian styles. 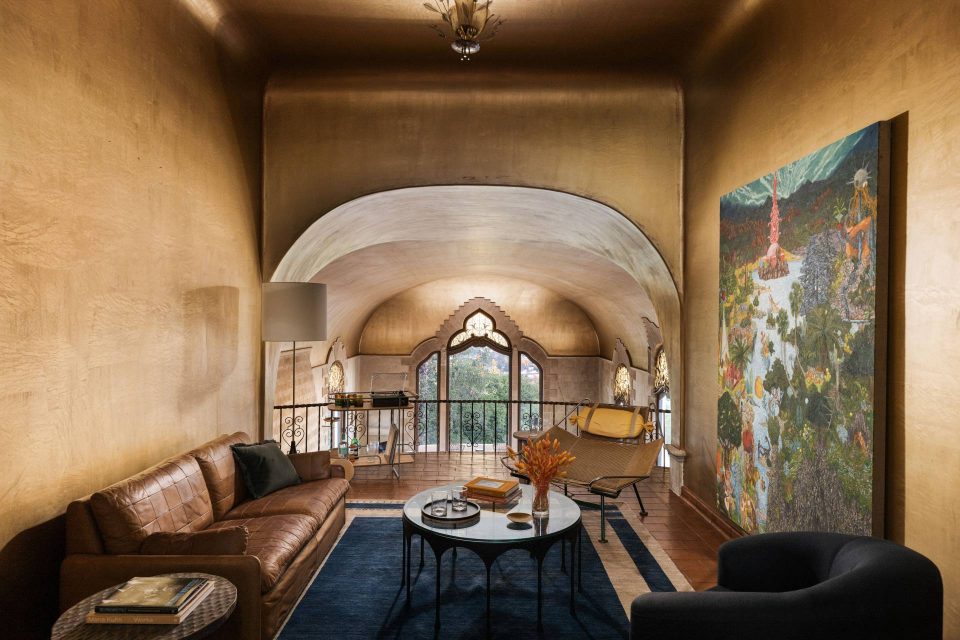 The home was designed in the 1920s by architect A.F. Leicht. 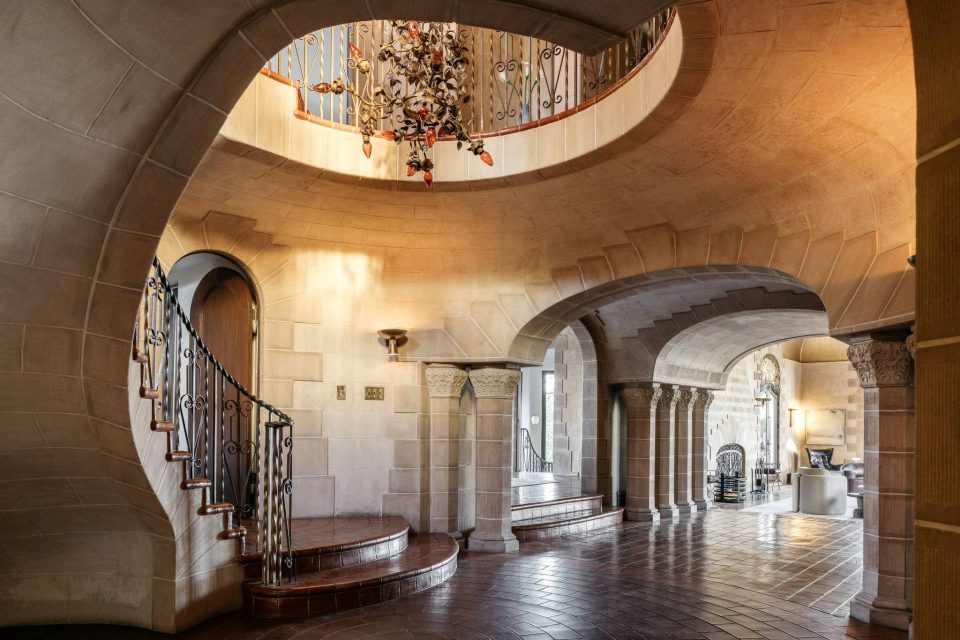 A long list of celebrity owners including Flea from the Red Hot Chili Peppers. 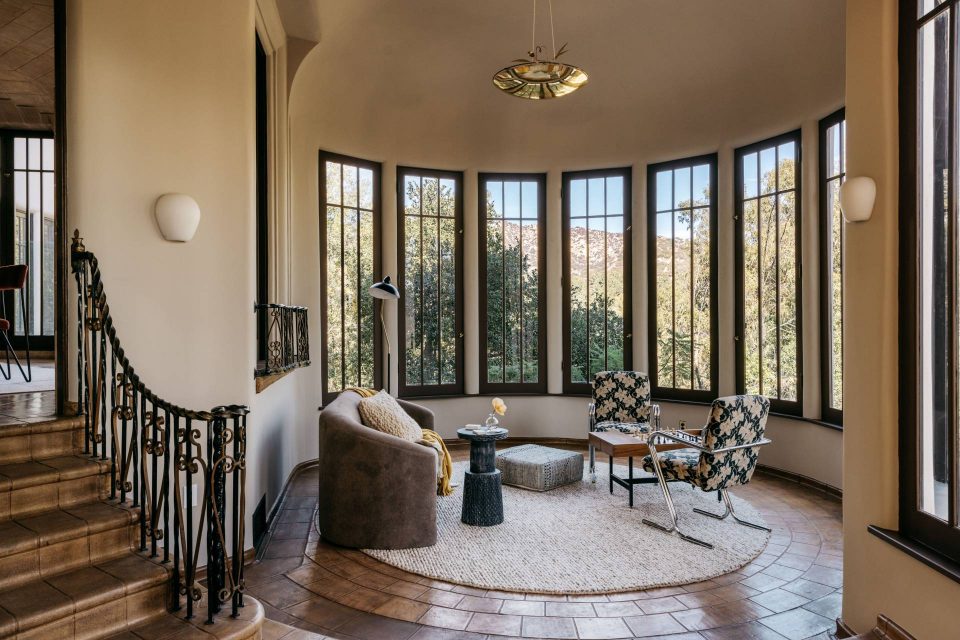 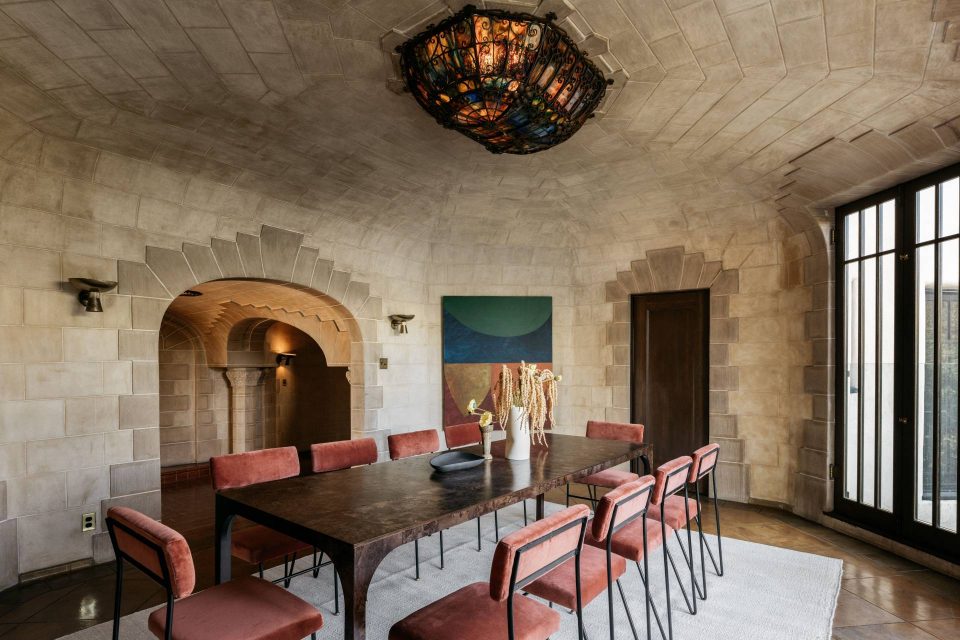 The home’s many interesting features include arched passageways and gilded ceilings. 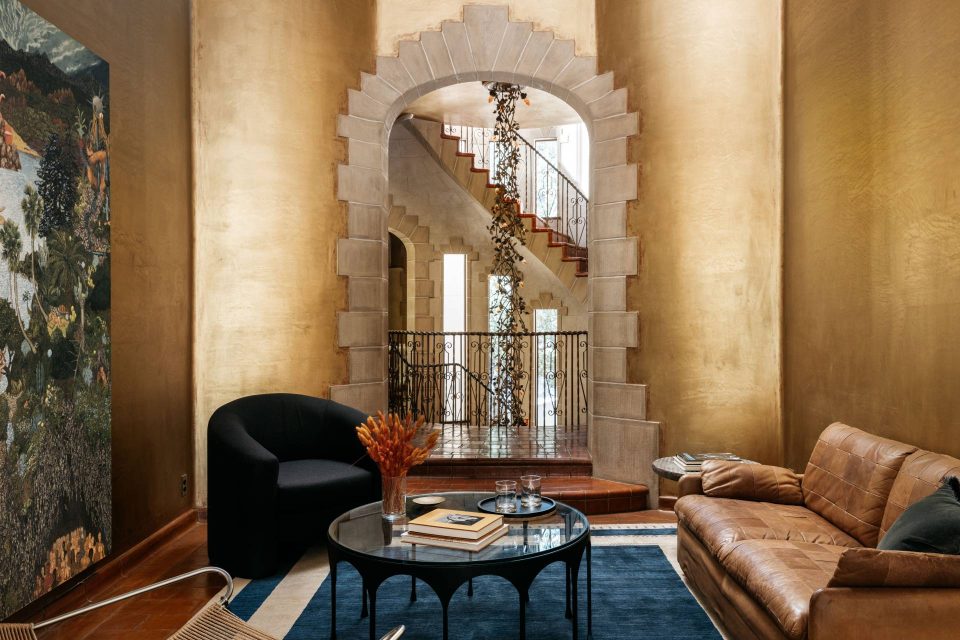 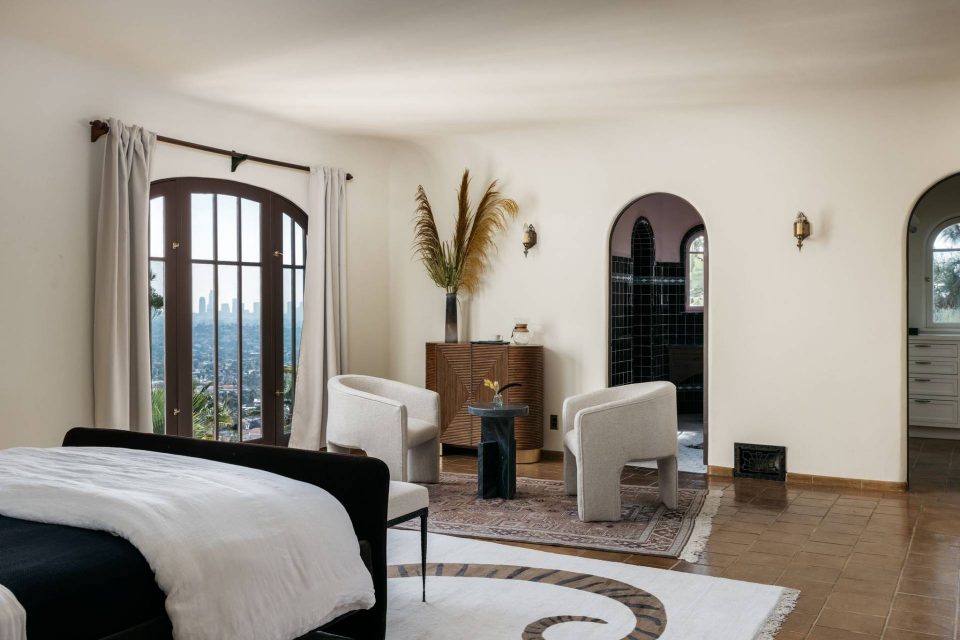 Views from Downtown LA to the ocean. 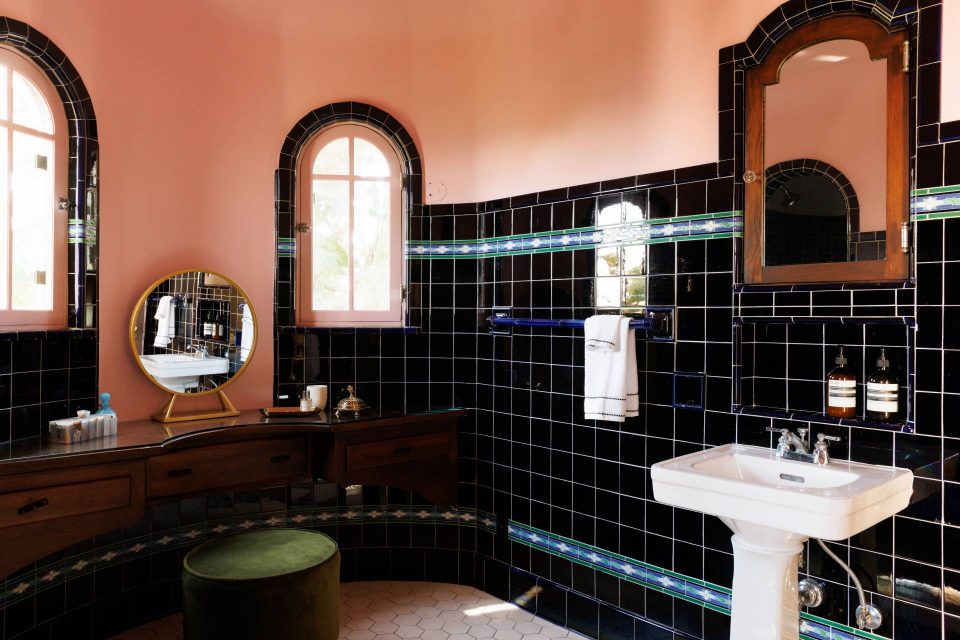 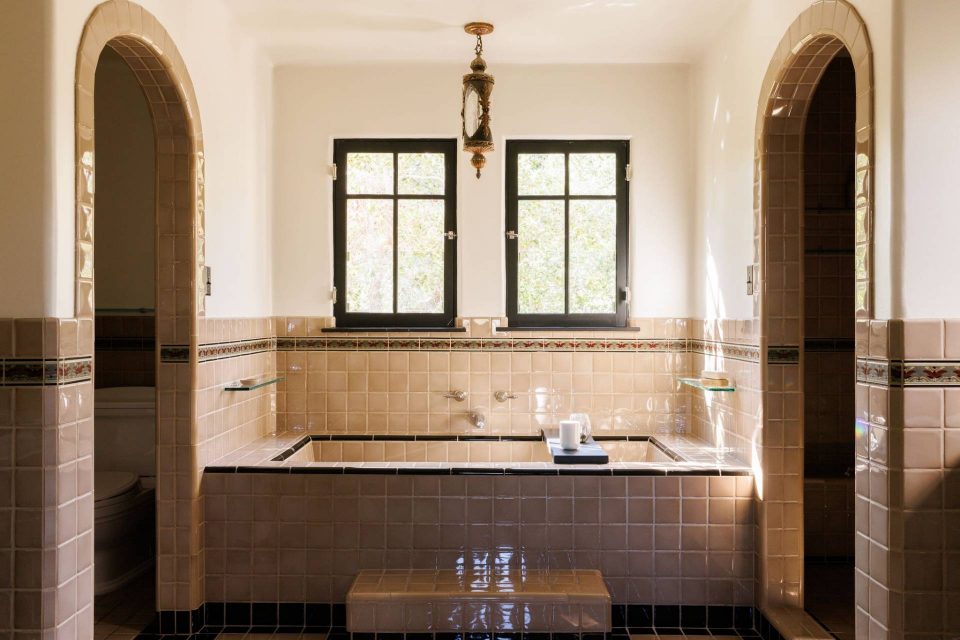 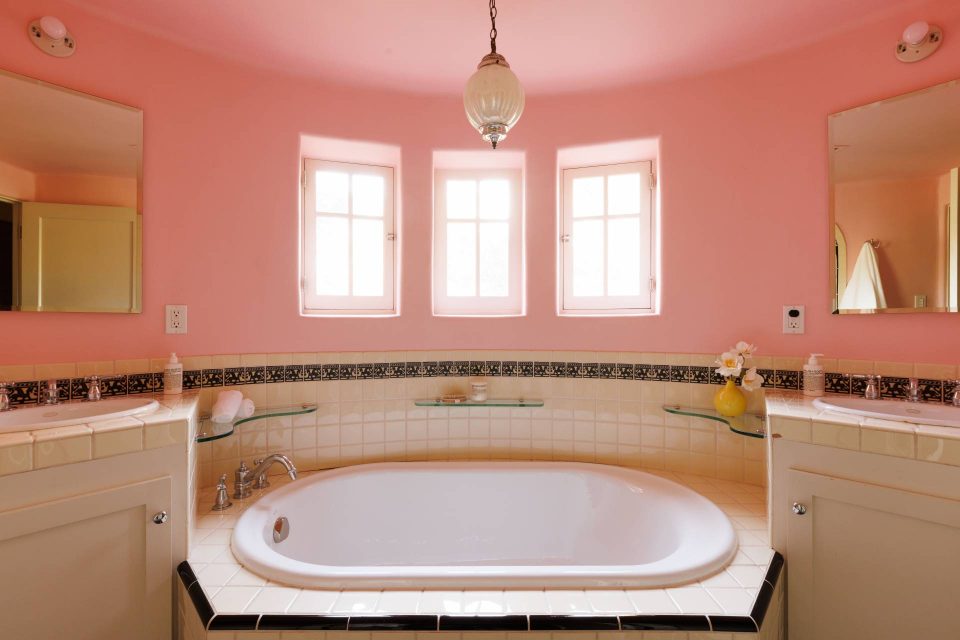 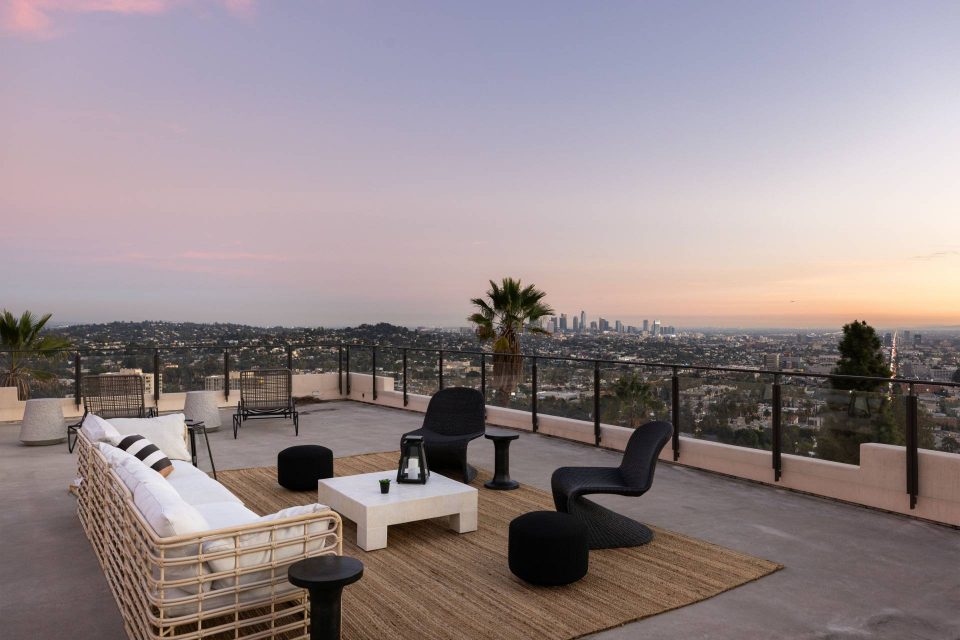 One of LA's best rooftop terraces. 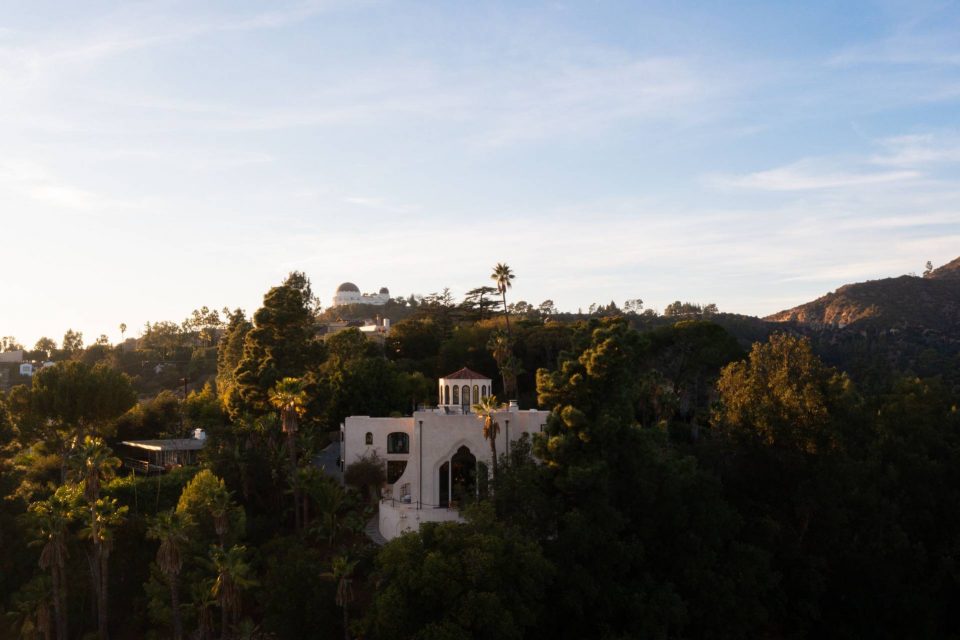 The Castle, one of LA’s most historic homes, has gone on the market at $9.888 million. Built in the 1920s with almost two acres of gardens and views from Downtown to the ocean, the home, known locally as “The Castle,” was designed by architect A.F. Leicht. A long list of celebrity owners includes Flea from the Red Hot Chili Peppers, actor John Philip Law, John Getty from the J. Paul Getty oil fortune, and tenants such as Bob Dylan, Andy Warhol, and The Velvet Underground.

A mixture of Spanish, Art Deco, and Assyrian styles, the home’s many interesting features include Egyptian-themed geometric pillars, arched passageways, gilded ceilings, octagonal-shaped rooms, a stone staircase that runs from the entry hall to the observatory tower. Outside the observatory is a roof terrace with views that are some of the best to be found in Los Angeles. The home is over 5,500 square feet with five bedrooms and a separate studio and guest apartment.

The most recent rocker-owner, Flea, whose real name is Michael Peter Balzary, has owned a number of interesting Southern California properties. In addition to The Castle, Flea has owned a Richard Neutra seven-sided-futuristic home, a green metal and redwood-trimmed home on LA’s Mulholland Drive, and several homes in Malibu. 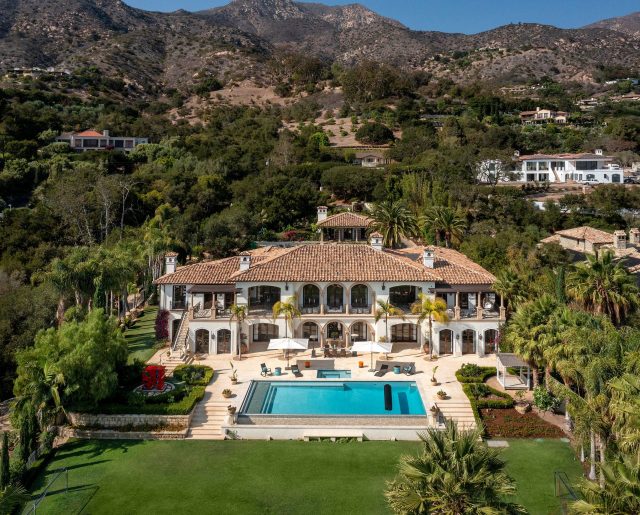 The Montecito mansion, where Prince Harry and Meghan Markle filmed much of their Netflix documentary Harry & Meghan, is on...Read More