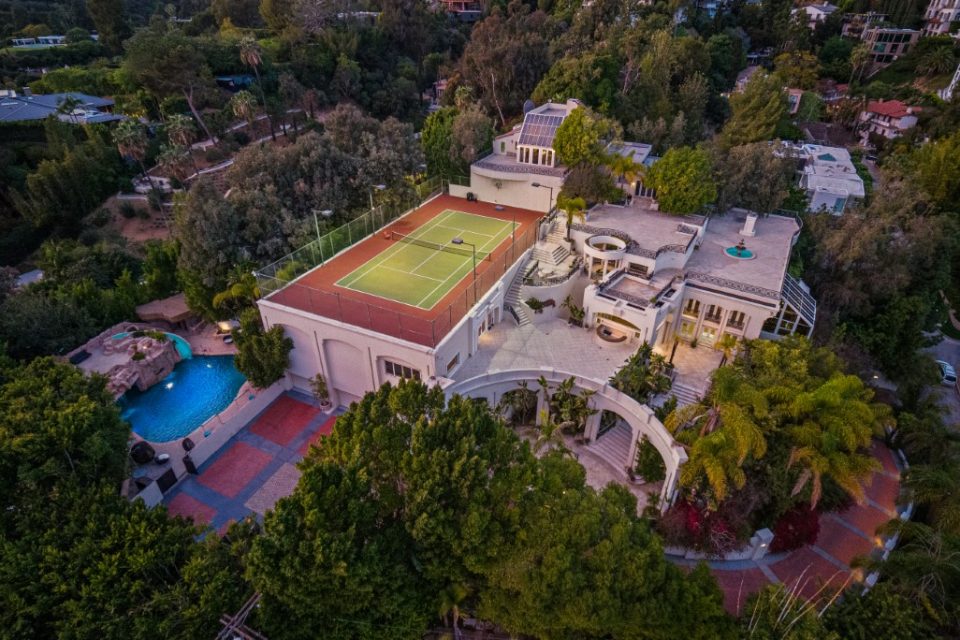 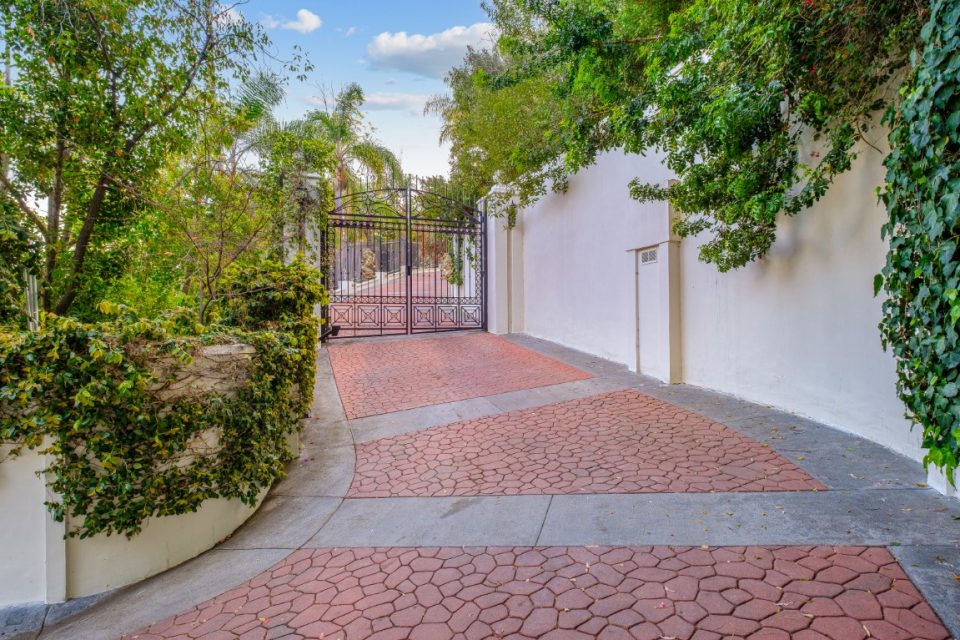 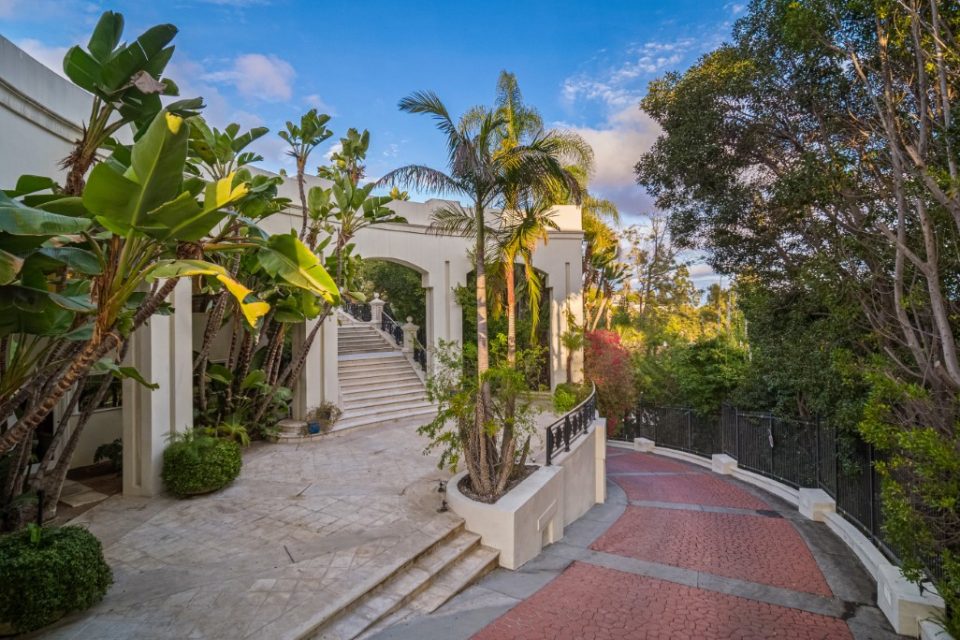 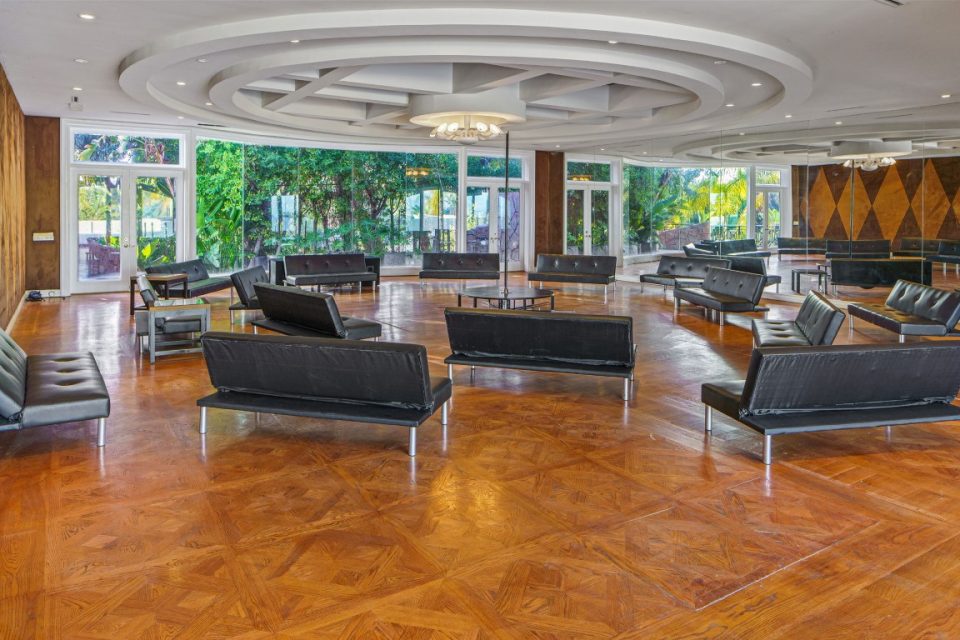 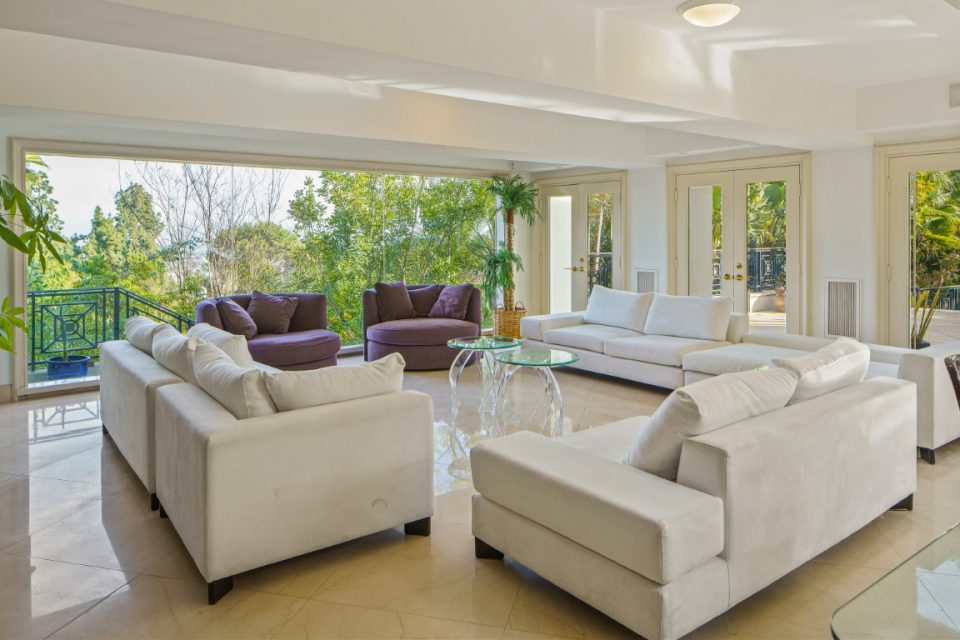 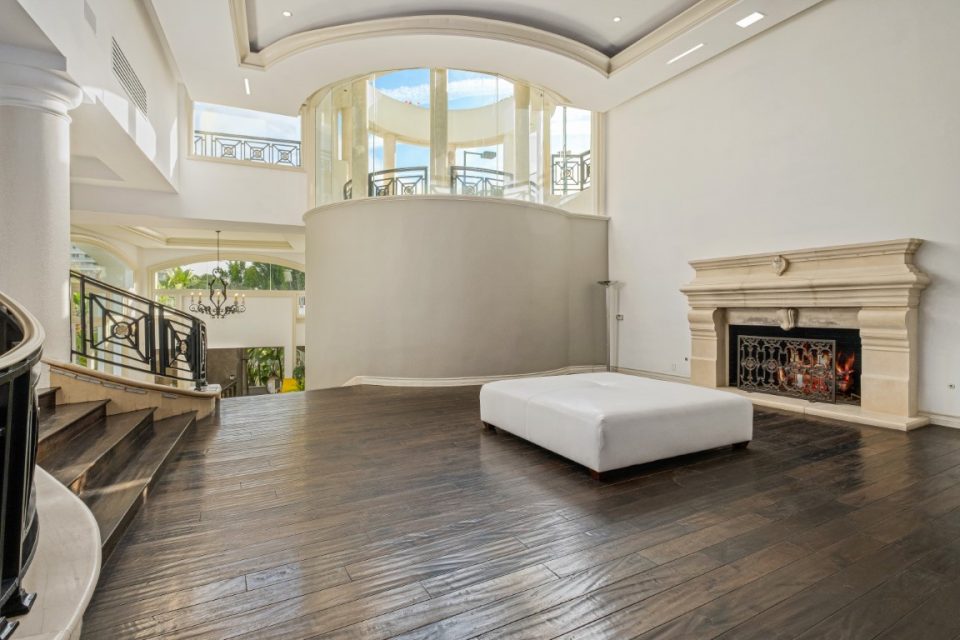 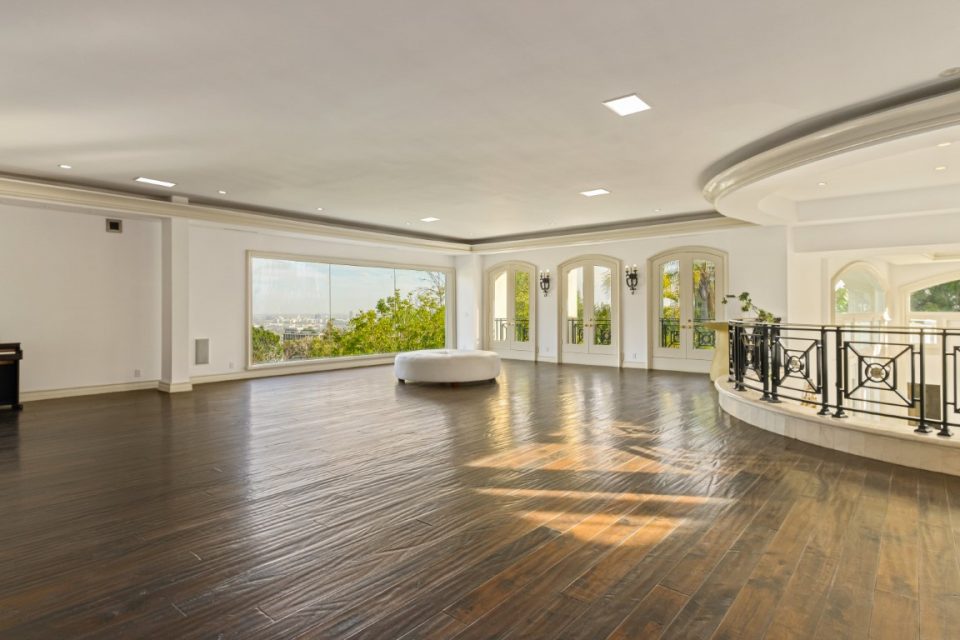 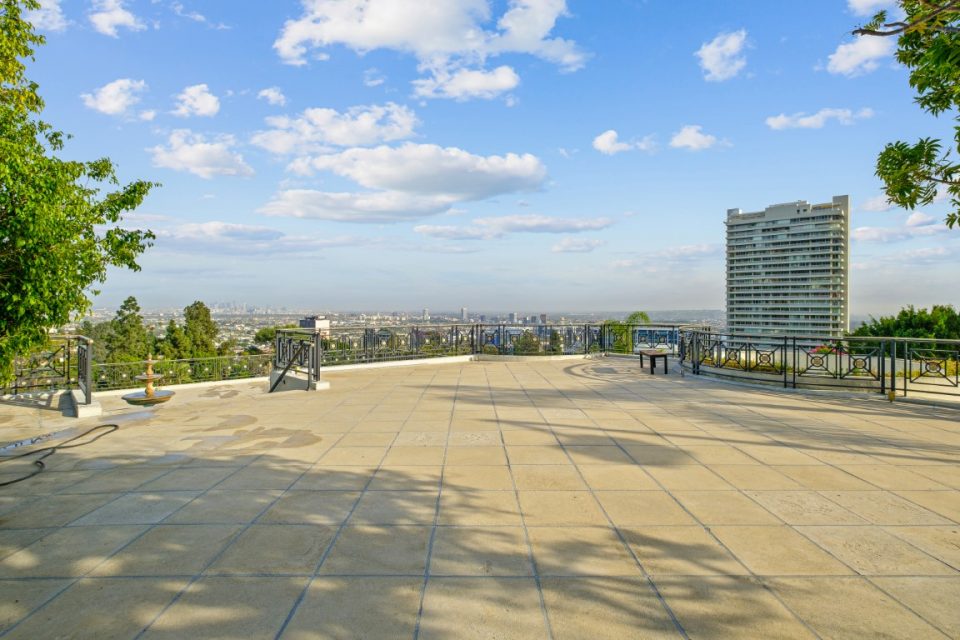 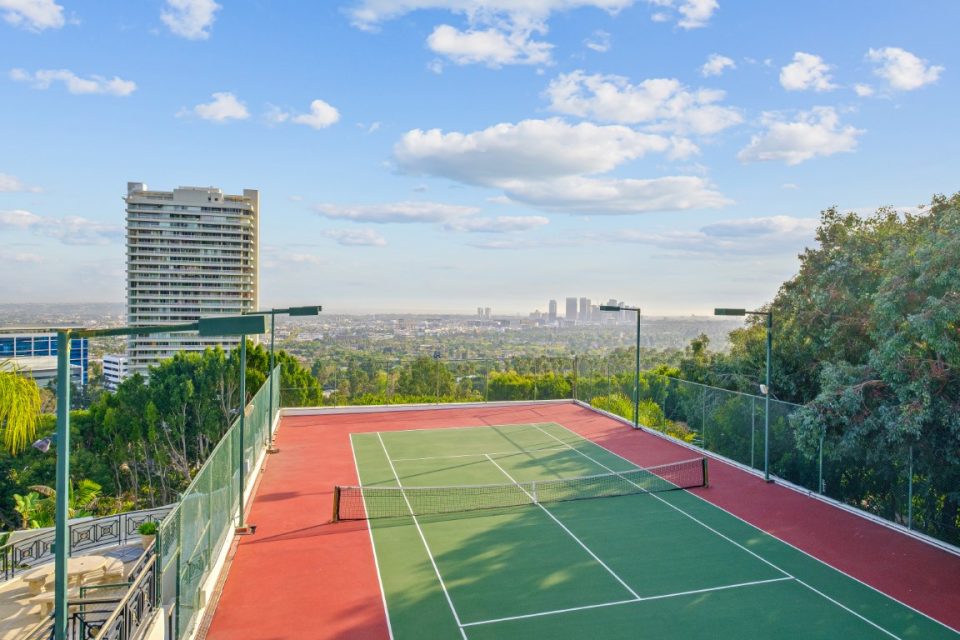 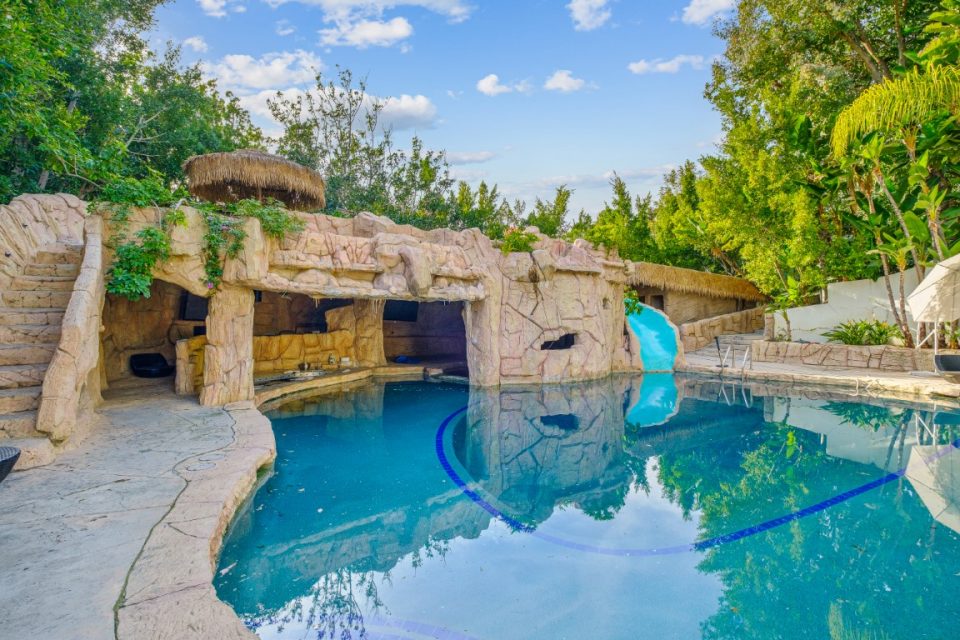 It may have been the most infamous house-painting job in Los Angeles history in 2005 when mega-rocker-star Prince painted NBA-star Carlos Boozer's Beverly Hills home in purple stripes. New to the market, the home just as elegant as when Prince and Elizabeth Taylor lived there decades before, is now for sale priced at $29.995 million.

When Alaskan-native Boozer signed with the Utah Jazz in 2004 for big money, he wanted a home in the sun and bought a stunning Southern California tennis estate decorating it with the best expensive furnishings. Almost as good as his new home, his music idol, Prince, offered him $95,000 per month for a one-year lease and soon moved in. A couple of months later when Boozer was back in LA, he discovered that Prince had changed almost everything about his house. His beautiful furnishings were gone and replaced by black-and-purple everything. The weight room was now a disco dance floor with a DJ booth and his bedrooms converted to a hair salon and massage parlor. Boozer called “foul” and threatened to sue but Prince soon returned everything back to the way it was when he first rented the home. The two became best friends up until Prince's death in 2016.

Today, the mansion is on an estate comprising the main house of approximately 15,101 square feet and an English Tudor home of 3,300 square feet, along with two extra parcels of land making up the total compound of 2.15 acres. The palatial main house has 10 bedrooms, 13 baths, a ballroom, wine room, large terraces for entertaining with views of city and ocean, a rooftop tennis court and a pool with stone grotto reminiscent of the Playboy Mansion. Built in 1953 at the cusp between Old Hollywood and the new, it is a home that was designed for entertaining and saw many a grand party over the years, including a few Prince concerts for his friends.

Now seeking its next new owner, one of L.A.’s most significant homes and former residence of Prince and Elizabeth Taylor, is for sale at $29.995 million, or for lease of the main mansion at $80,000 per month. Brokered by the Oppenheim Group in West Hollywood, its leader Jason Oppenheim and bevy of starlet real estate agents are seen on the Netflix series Selling Sunset. 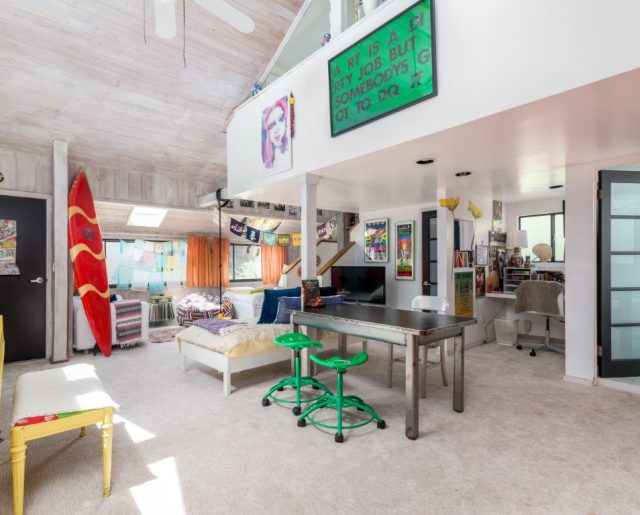 Surf’s up and only steps away for a Malibu home designed by the late surf-legend-and-architect Matt Kivlin. Located on the...Read More