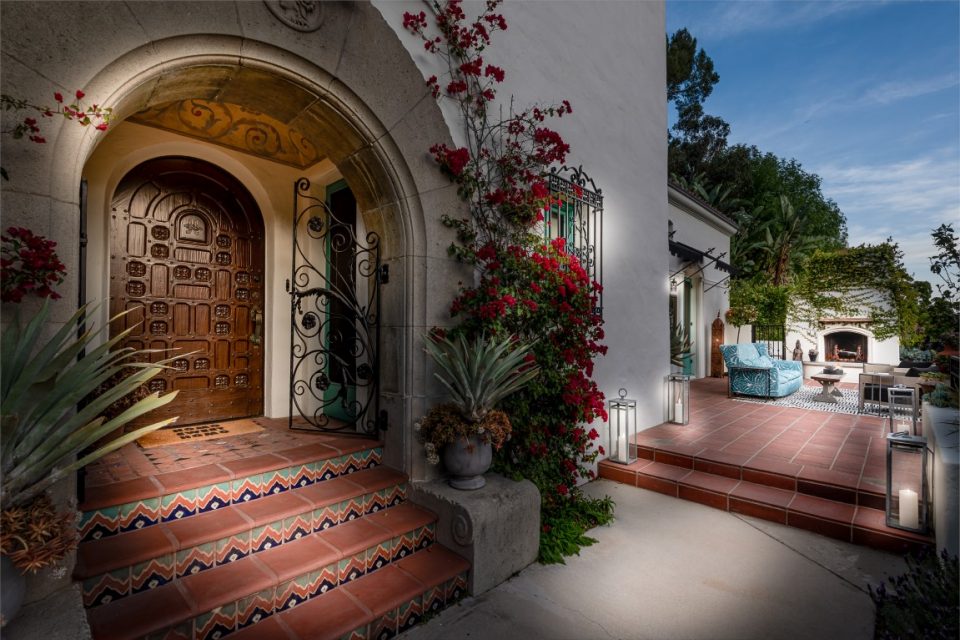 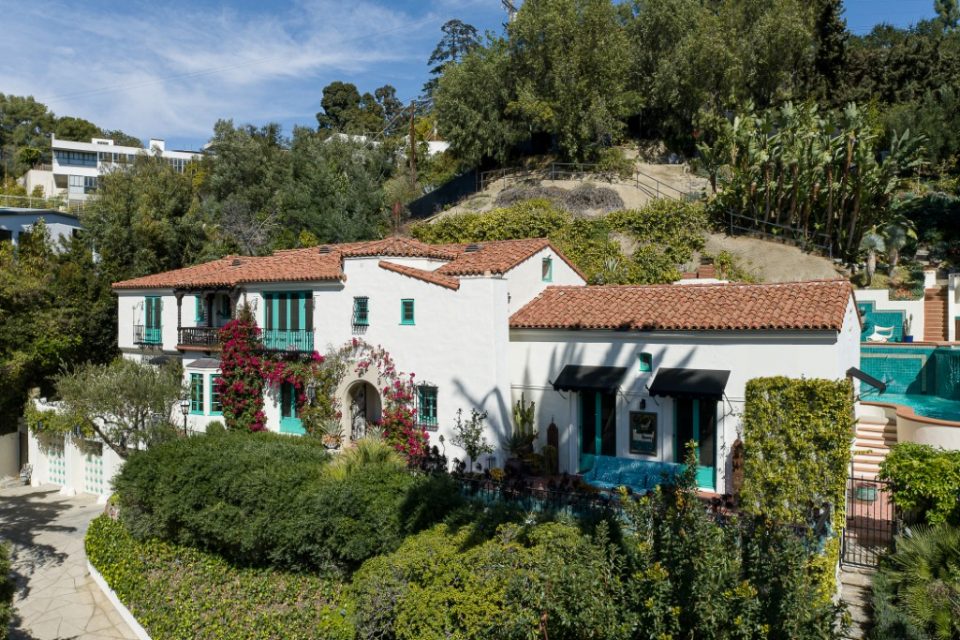 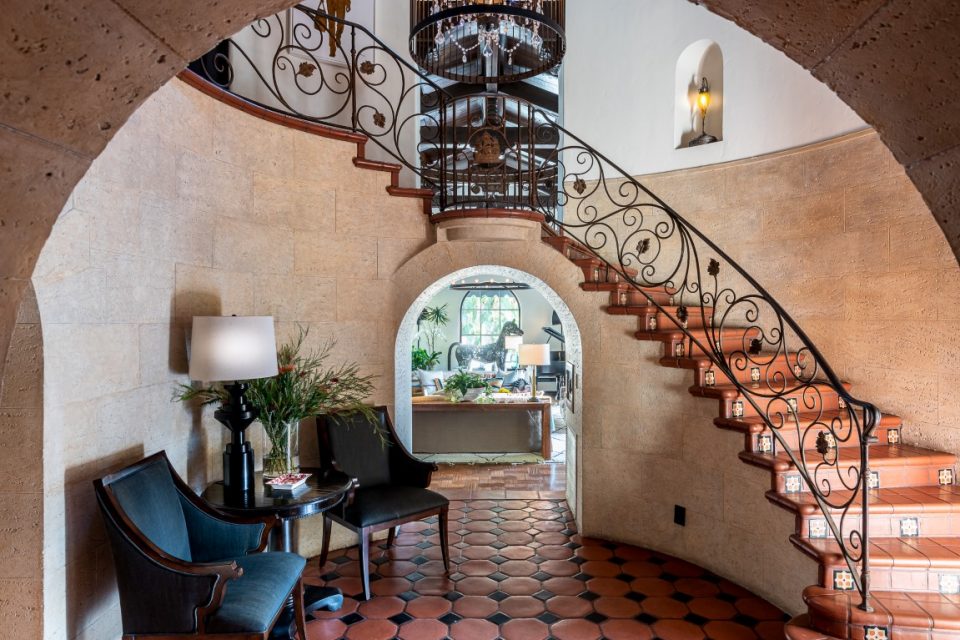 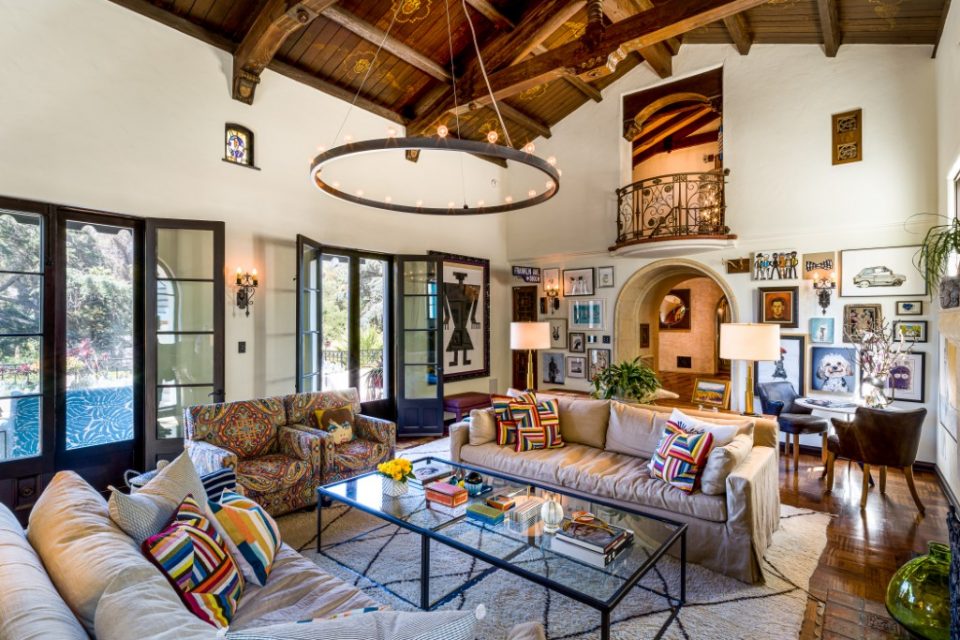 The formal living and dining rooms have soaring ceilings and romantic Juliette balconies. 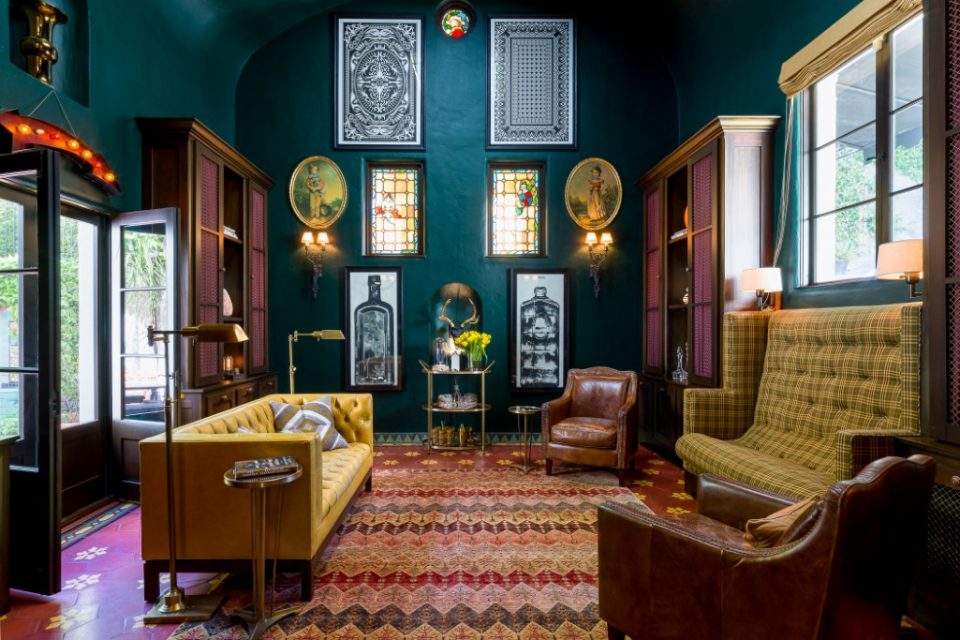 The house was built in 1928 and is completely updated. 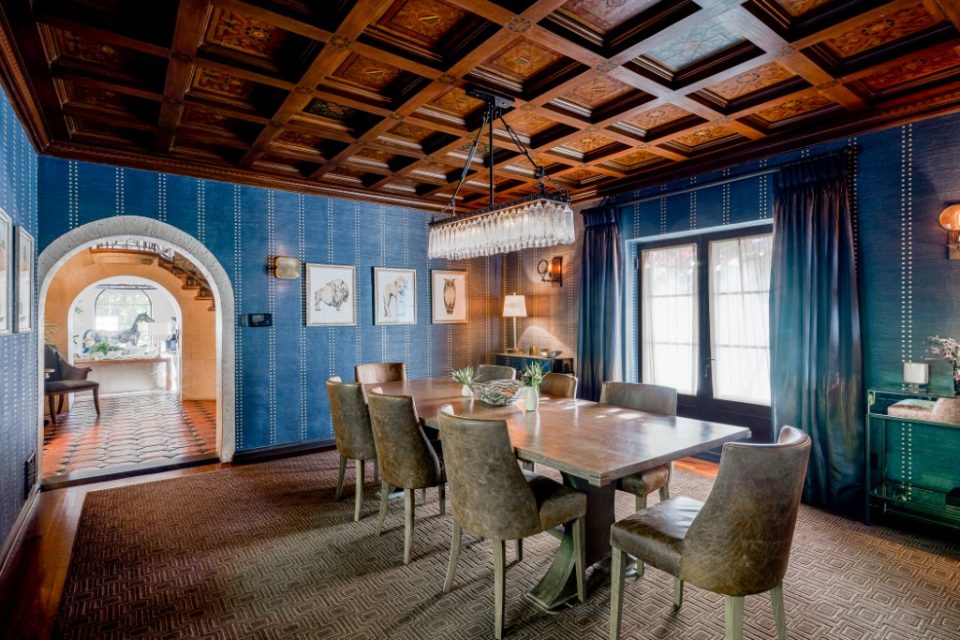 There are arched doorways and crafted ceilings. 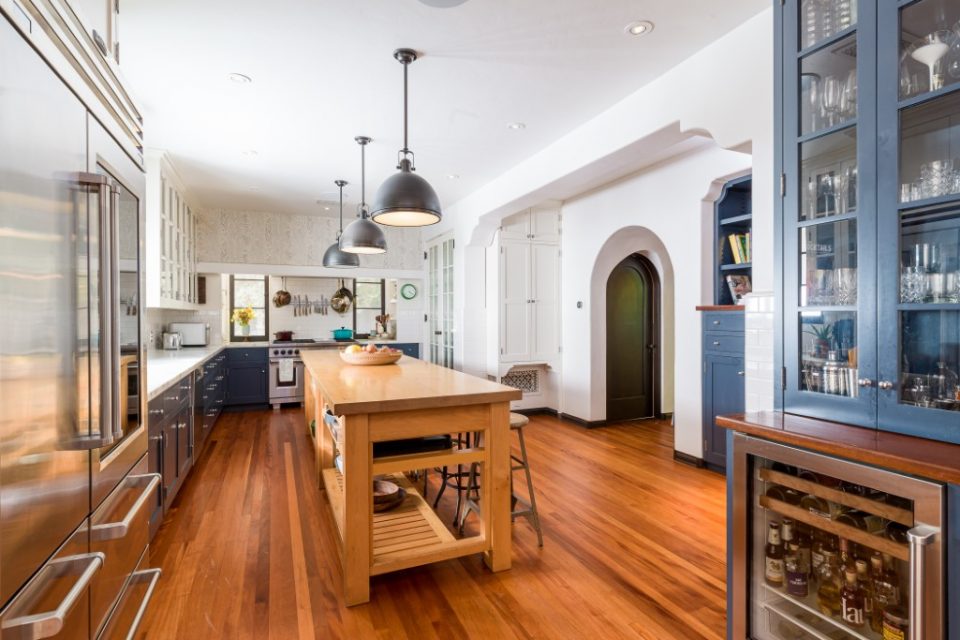 The sunny kitchen has contemporary layout while preserving features of the period. 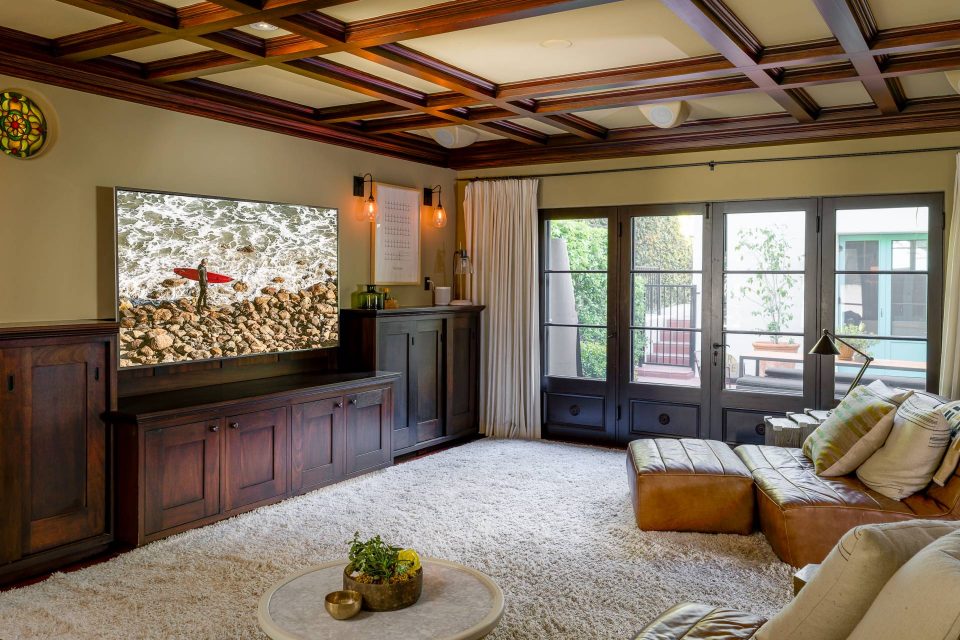 The family room can alternatively be used as a media room with its drop-down screen. 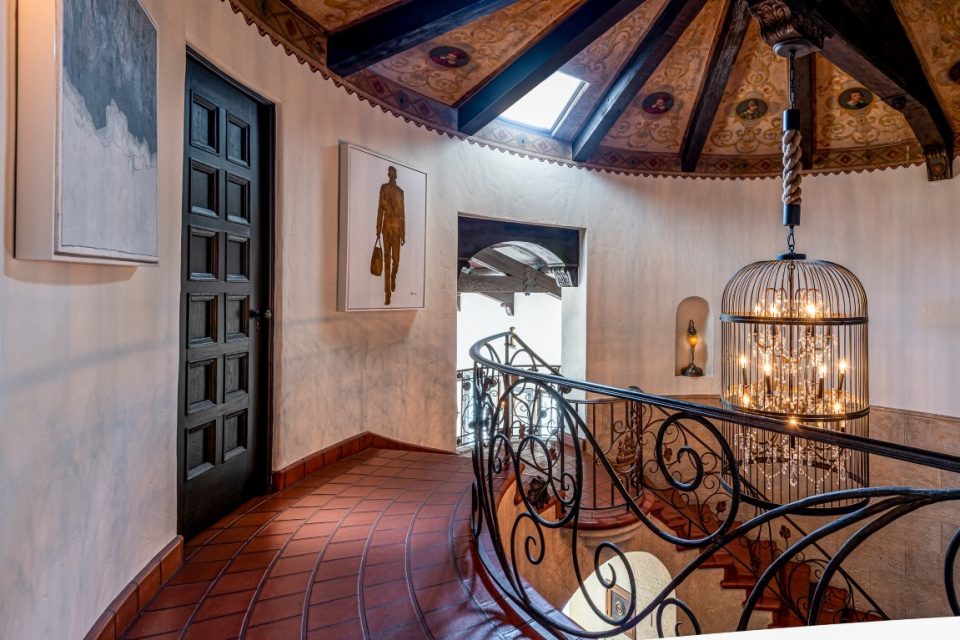 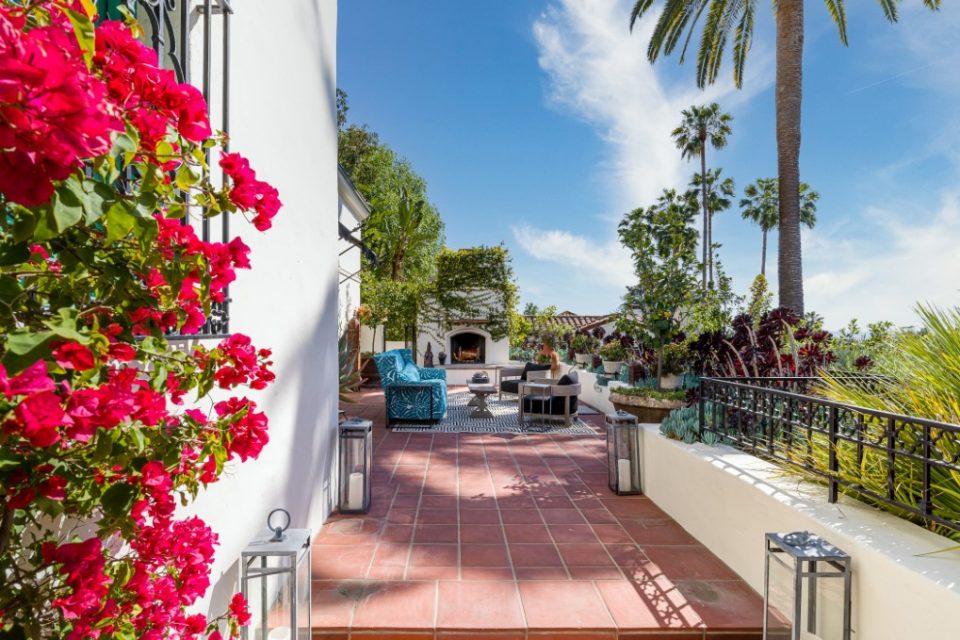 Almost all the rooms open to the attractively landscaped terraces and colorful gardens. 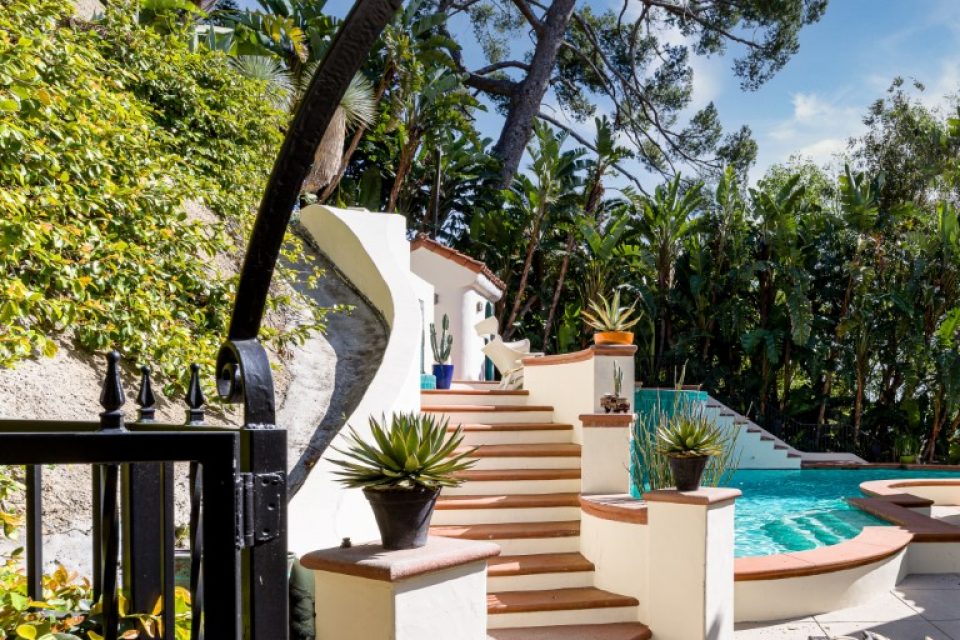 A curving stairway descends to the pool terrace. 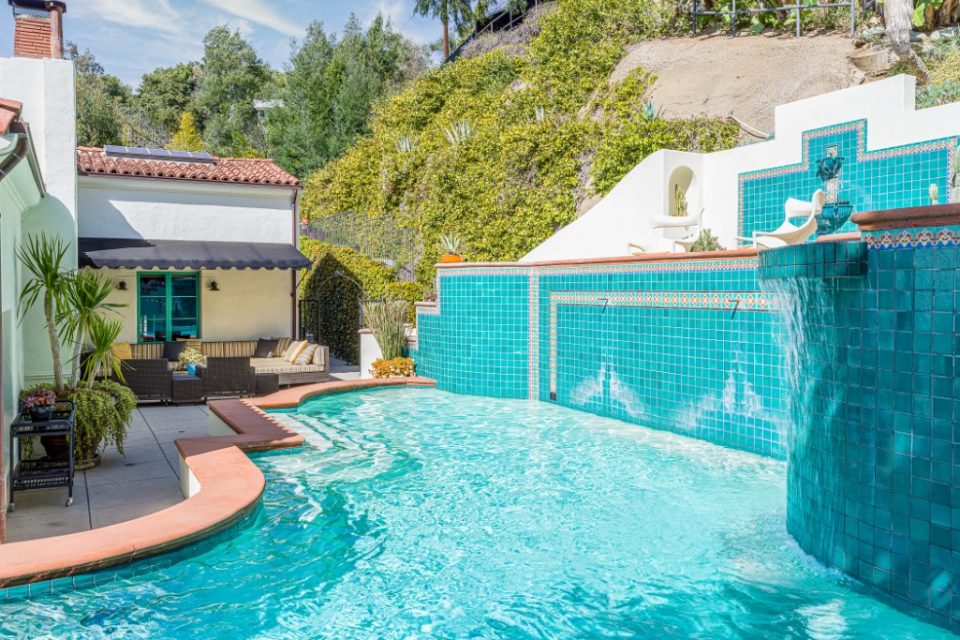 The large pool has a sunning and observation deck above.

Leonardo DiCaprio has come a long way in 20 years. Leapfrogging from Romper Room and Friends to Hollywood A-Lister and, at the same time, acquiring a real estate portfolio that might make Ellen DeGeneres envious. Part of his collection: an L.A. home he bought in the 1990s from Madonna, a fabulous mid-century modern home in Palm Springs that was built for Dinah Shore he bought in 2014, and a $23 million Malibu home he grabbed in 2017. But all of his buys don’t stay in his portfolio - some are given as gifts to family members. In a very generous act, Leonardo recently purchased the Los Feliz home of Modern Family star, Jesse Tyler Ferguson, for his mother, Irmelin Indenbirken, for $7.1 million. A few years ago, he also purchased a Los Feliz home for his dad, George DiCaprio, for $4.9 million.

Like many big Hollywood celebrities, where to put their money in an upside-down world has always been an issue, and many have opted for the security of real estate. While some stars have taken their real estate investments out of California due to the high taxes, DiCaprio has the bulk of his properties in The Golden State except a New York City apartment and an island in Belize. Leonardo still lives at his two-compound property on Sunset Strip - only a 30-minute drive to his parents in Los Feliz.

One of L.A’s prettiest homes and previously owned by Gwen Stefani and then Jesse Tyler Ferguson, the gated, Spanish Colonial-style home is almost 5,000 square feet with loads of character and charming outdoor spaces. Comprised of four bedrooms and six baths, the formal living and dining rooms have soaring ceilings and romantic Juliette balconies overlooking each. Built in 1928 and completely updated, the careful execution of the work retained and enhanced its period details. There are arched doorways, tiled roof and floors, stained-glass windows, multiple fireplaces, elegant baths, sweeping staircases, an intricately carved entry door and inlaid ceilings. The eat-in kitchen has all the bells and whistles that make it both pretty and functional, and the family room can alternatively be used as a media room with its drop-down screen. Almost all the rooms open to the attractively landscaped terraces, colorful gardens, courtyards, fountains and views of the Griffith Observatory. There is also a detached bathroom by the pool and spa and a detached Zen/Meditation/Yoga room.

Following in the path of other Hollywood A-Listers such as Scarlett Johansson, Kurt Russell, Keanu Reeves, Anne Hathaway, Ben Affleck and others, DiCaprio has also made a Netflix film, Don’t Look Up, which will be released sometime in late 2021.

Brett Lawyer of Hilton and Hyland represented DiCaprio while the listing was held by Compass’s Jennifer Akbari, Beverly Hills. 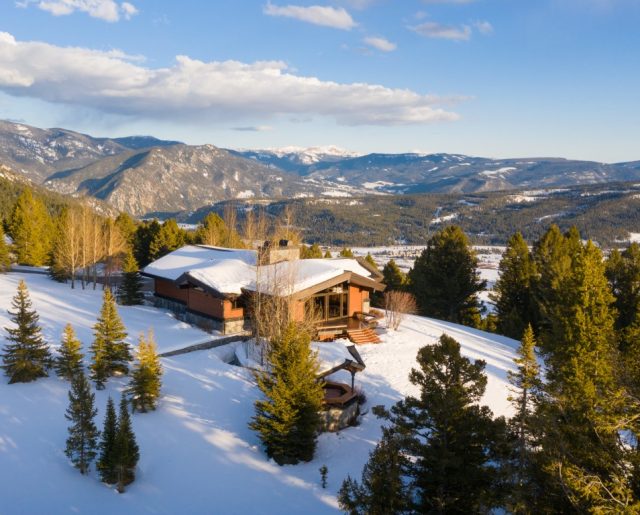 You may not be Jay Leno or the 29th Sultan of Brunei, but if you’re a car collector and own...Read More