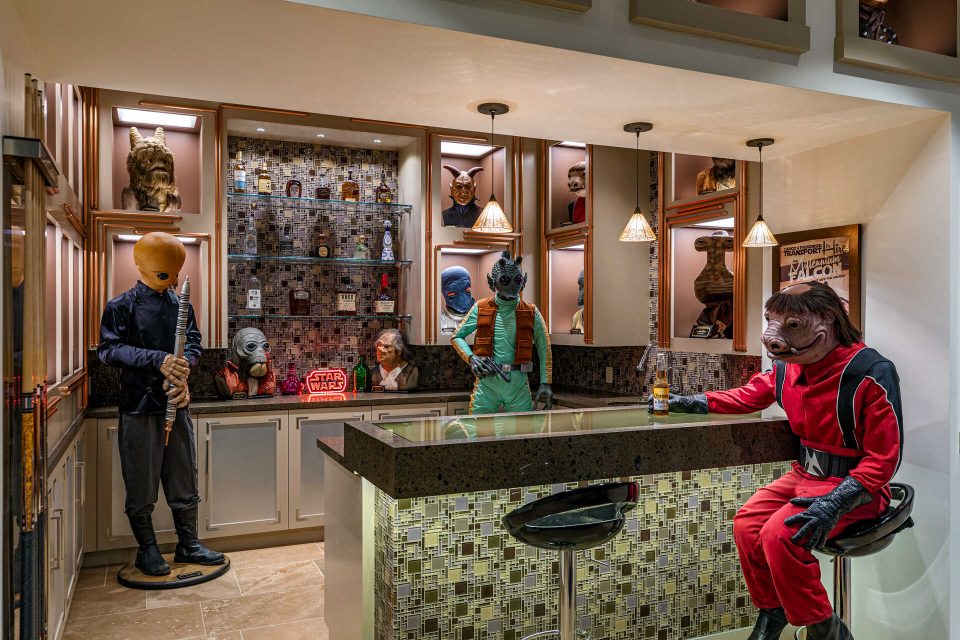 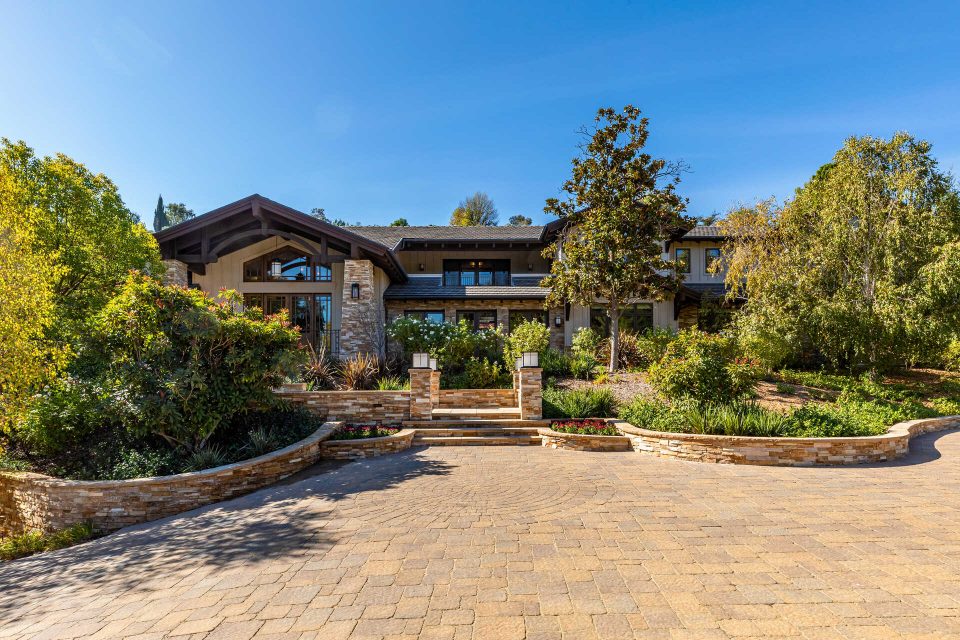 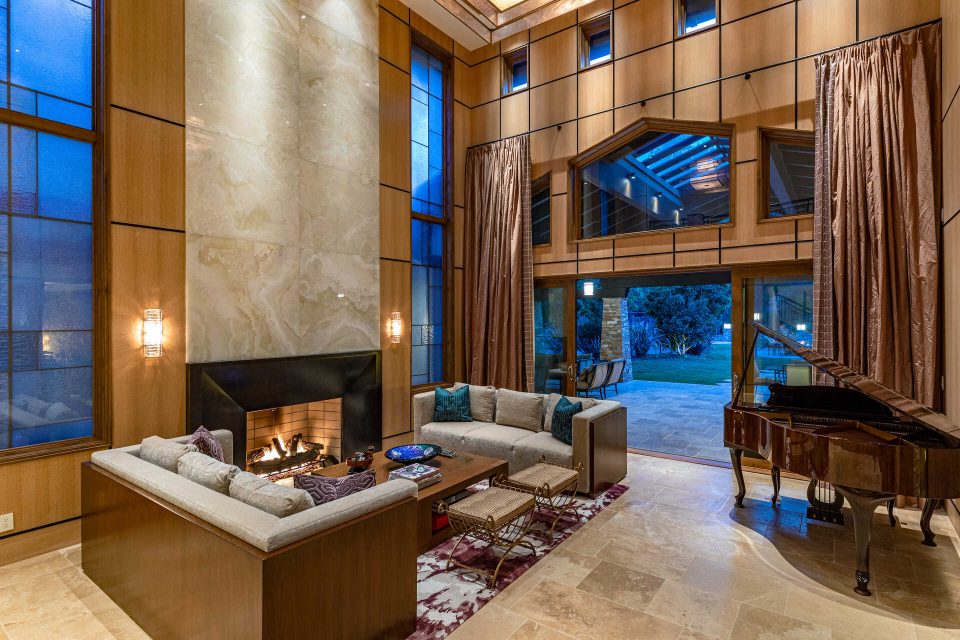 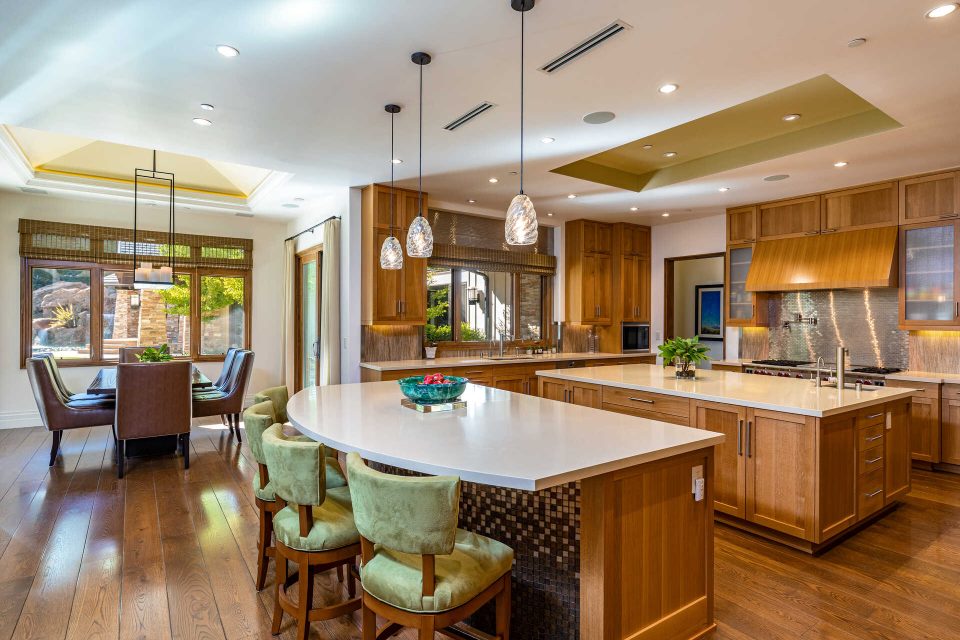 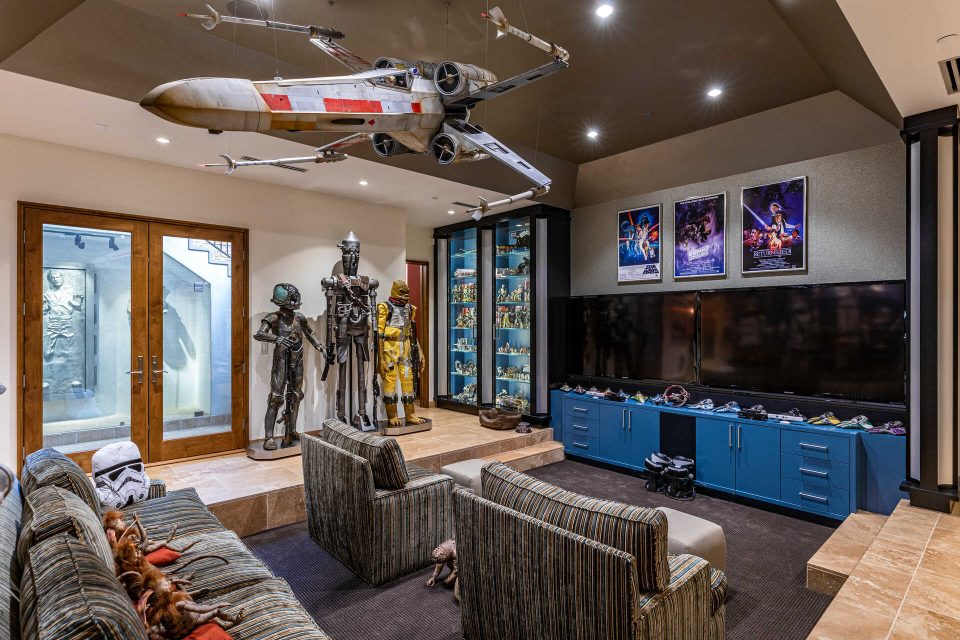 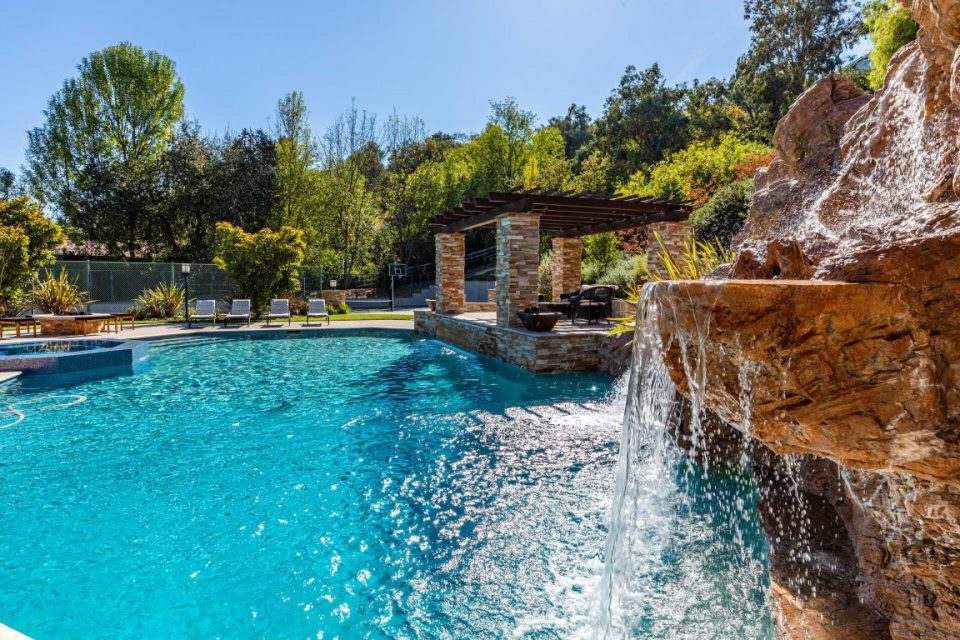 If you’ve ever wondered where Luke Skywalker, Chewbacca and their cronies hang out between making Star Wars films, look no further than the out-of-this-world home in a gated Los Angeles Hidden Hills neighborhood that is now for sale. For decades, Hidden Hills has been a secure celebrity-rich enclave for those wishing to hold the paparazzi at bay. However, little did anyone know that it was also home to the Star Wars cast of characters, who live in the 5,000-square-foot basement of an 18,183-square-foot contemporary Craftsman home. Now with their hideout finally discovered and no longer a well-kept secret, it has just been put on the market, priced at $26.5 million.

Though coy about releasing its secrets all at once, entering the home’s open foyer with glimpses of the two-story ceiling in the formal living room with large stone fireplace and tall windows, hints to its overall drama. Spread over three private acres, the exterior is perfect for any earth dweller or space visitor with its indoor-outdoor swimming pool with waterfall, slide and grotto, and the spa and tennis court all nestled among mature landscaping. Considering visitors from far-away galaxies have used it as their home away from home, it’s only fitting that on the hill on the back of the property there is a stargazing observatory with a powerful rotating telescope to make Luke’s guests feel right at home.

Filled with all conceivable amenities for gracious living and entertaining, the home is, of course, eco-friendly through the use of solar power with propane generator backup and the grounds produce a large variety of fruit and organic herbs. The chef’s kitchen with its two large islands has the capacity to prep for a crowd or an intimate family meal. In addition to formal and family rooms, there is a fitness center, wine room, massage room, indoor heated pool, a 750-gallon aquarium with tropical fish, a professional recording studio and a six-car garage. But wait for it . . .

The basement. The home of Luke Skywalker and friends. Have a drink with them at the bar then feel the motion of the Star Wars films right in your seat while becoming a part of it on the 19-foot screen. . . all the while surrounded by a multi-million dollar Star Wars prop and collectible collection.

The stunning Hidden Hills estate that has been harboring a galactic secret is now for sale to any earthling with $26.5 million. The listing agents are Arvin Haddad, Emil Hartoonian and Mauricio Umansky of The Agency, Beverly Hills. 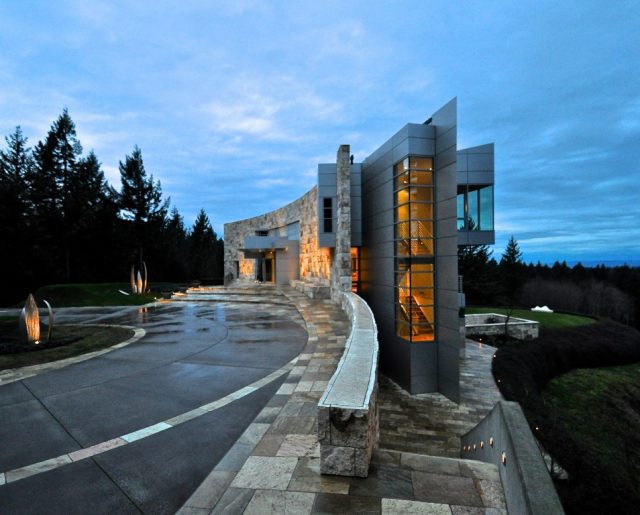 Usually a hike in the woods only provides fresh air and exercise, but for this imaginative couple it changed the...Read More