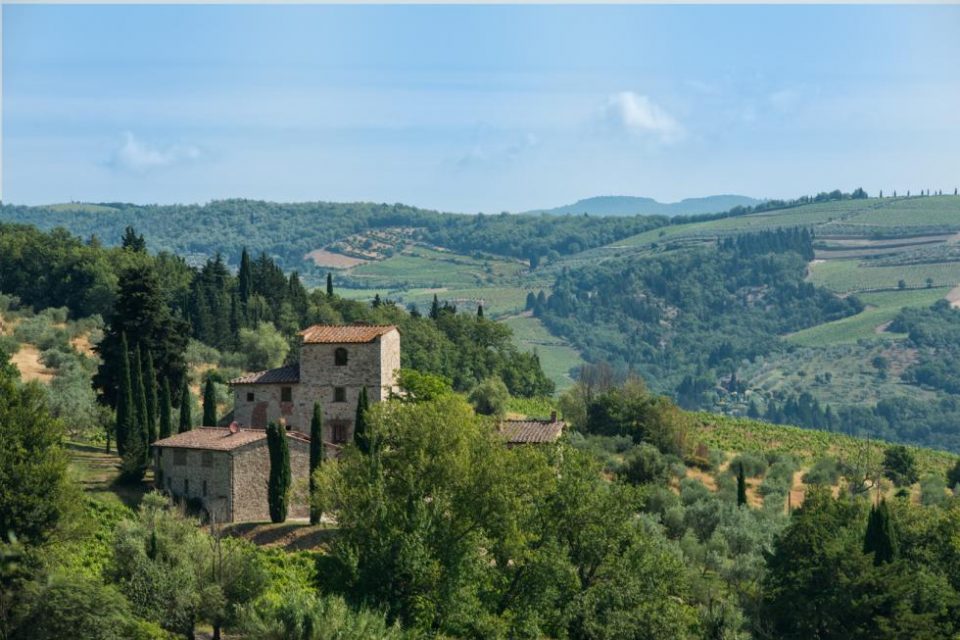 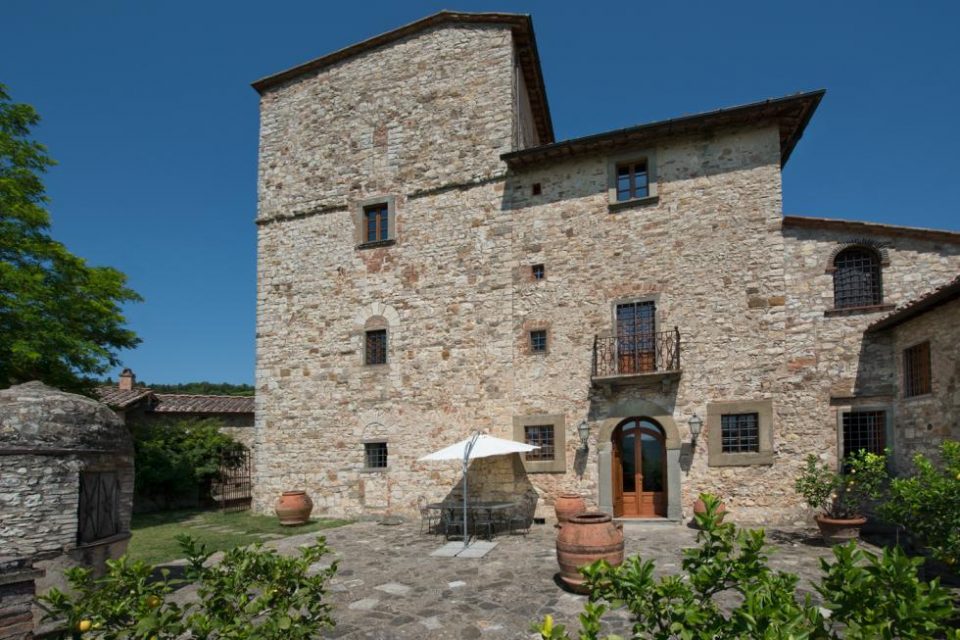 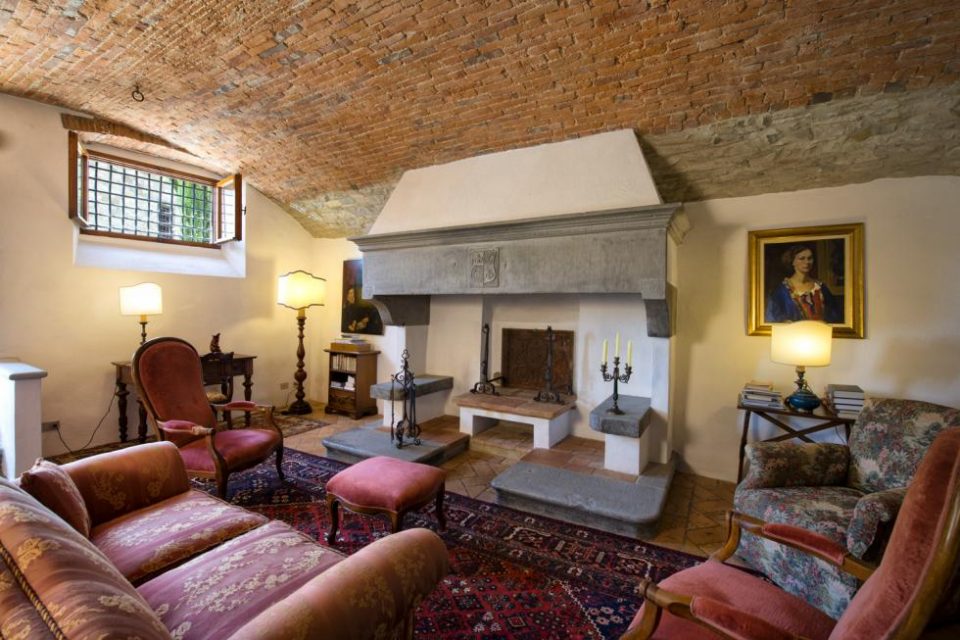 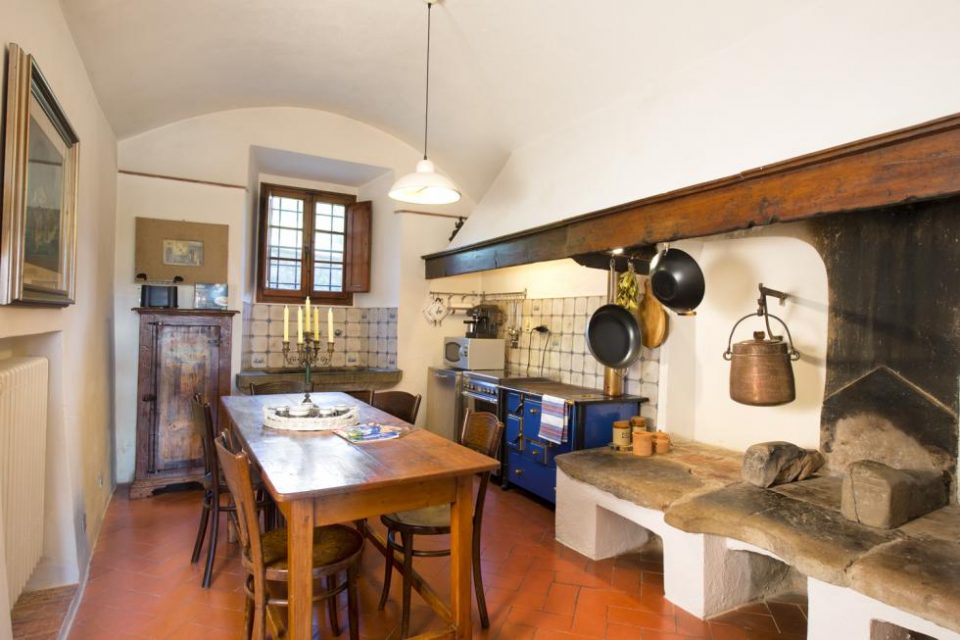 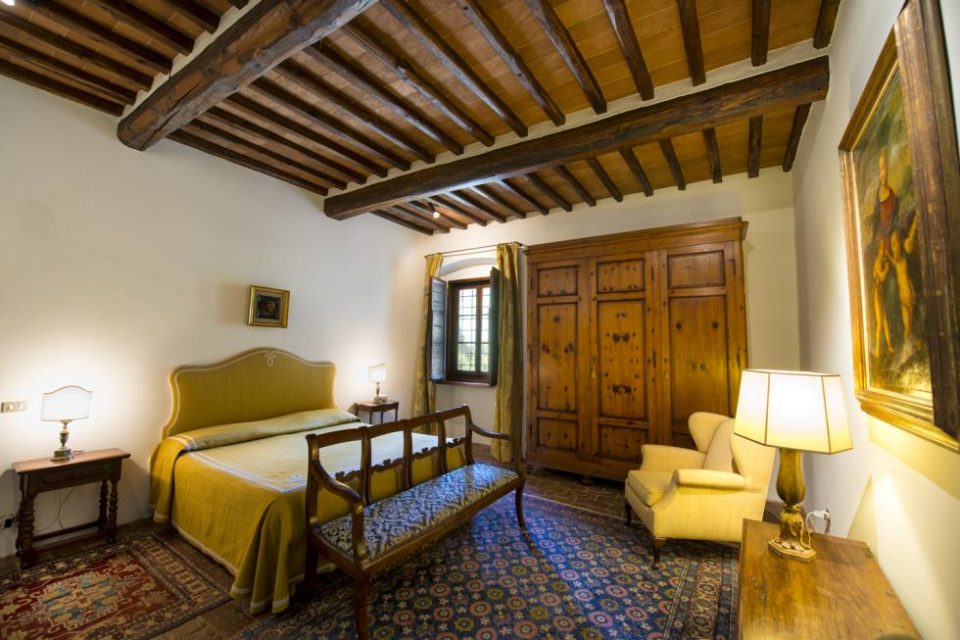 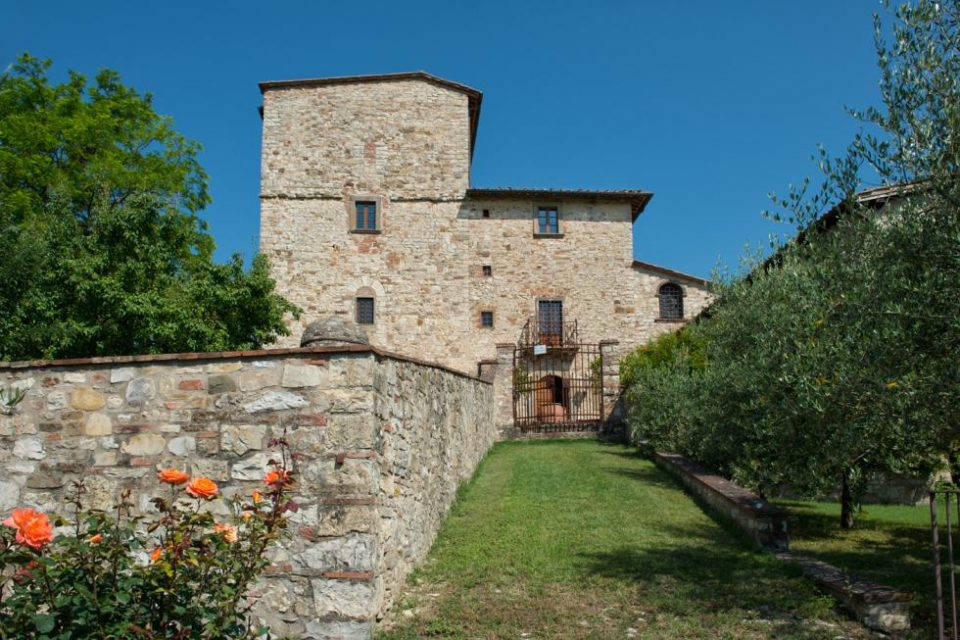 Merriam Webster defines romance as "an emotional attraction or aura belonging to an especially heroic era, adventure or activity." Though it was centuries later when Webster wrote it, the definition could easily have described this 11th-century farmhouse that Renaissance master Michelangelo di Lodovico Buonarroti Simoni purchased in 1549. He was 72 when he bought it, just three years after completing the frescoes in the Sistine Chapel. Having stayed in the Buonarroti family for over 300 years, it has been preserved and restored by its current owner and is for sale. The original deed held by Michelangelo, wherein he was described as a "dear sculptor and Florentine citizen," will be passed on to the new owner. A true historic treasure, it is awash with details dating from the 11th century.

Some of the most notable of Michelangelo’s works are the statues of David and Pieta and the ceiling frescoes in the Sistine Chapel in Rome, including the Last Judgment. The volume of material that has been preserved, marveled over, studied and argued about by art historians for the last six centuries has enabled future generations a glimpse into the life of of this genius, from whose skill so many artists have modeled their work. Though Michelangelo considered himself a Florentine, he lived most of his life in Rome and died there in 1564 at the age of 88. Il Divino, Michelangelo’s creativity ranged from sculpture to painting, poetry, engineering and architectural design, through the refinement of the High Renaissance and into the artistic age of Mannerism. He is considered by many to be the greatest artist of all time, a major influence for Western Art.

Italy has always been associated with romance, from the dream of a passionate Italian lover, which has been immortalized around the world, to the passion of the sellers in the weekly markets or the chef’s enthusiasm when he places the big plate of black squid pasta proudly in front of you at the table. Visitors catch the passion from the people and again visually throughout the countryside. The Tuscany region especially has enticed visitors to tour its Chianti vineyards, its Medieval fortressed hill towns with narrow winding streets and its lovely and romantic hot springs where one can immerse themselves in the warmth of the water at night with candles floating in the water. Rolling hills are ablaze with Cypresses, poppies, grass, sunflowers, and tiny village cafés beckon for a stolen afternoon tête-à-tête. Tuscany calls when the suited, straight-laced, nine to five work-a-day world has reached its max on one’s nerves and spirit and there’s no better place to recharge one’s life and rekindle one’s most important personal relationships… . .or start a new one.

For those who feel the thrill of romance in their connection to history by simply touching a thousand-year-old wall, it’s almost inconceivable the connection from actually living and sleeping in the same rooms and walking the same grounds as this great man did over six centuries ago. The very thought of cooking in his kitchen next to the massive stone hearth where he cooked and warmed himself or to sleep in the same room where he lay visualizing the next step of a project before dozing off.

Located on over six acres above the rolling hills, the 9,687 square feet of living space is contained in three multi-story buildings, including an ancient tower, believed to date back to the 11th century. The original architecture is accented throughout with large stone fireplaces, original wood-beamed and barrel ceilings, one of which displays the original brick. Consisting of eight bedrooms and seven full baths with multiple fireplaces, all rooms pay homage to the period and modern conveniences blend into the background. The kitchen has all the rustic romance of the early centuries with high-end appliances that do not take away from the original architecture. Grounds are park-like with lawns and mature plantings with a lemon orchard, olive grove and Chianti vineyards, as well as the original olive oil mill which has been turned into a guest house. The listing is held by Handsome Properties International.

Live the romance of the 11th century in Renaissance master Michelangelo’s own Tuscan farmhouse in the rolling hills and receive a copy of his original deed of ownership. Previously priced at $8.15 million in 2016, it has been reduced to $7.5 million, according to the broker’s website. 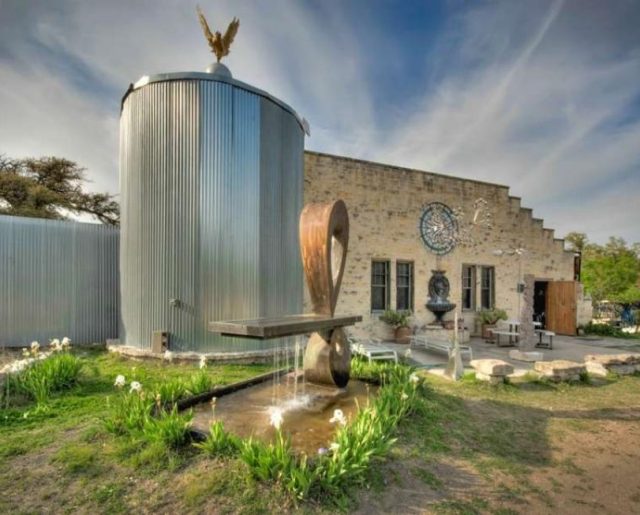 LBJ’s Texas Getaway Ranch! American presidents seem to have more than one thing in common: they need to get away...Read More