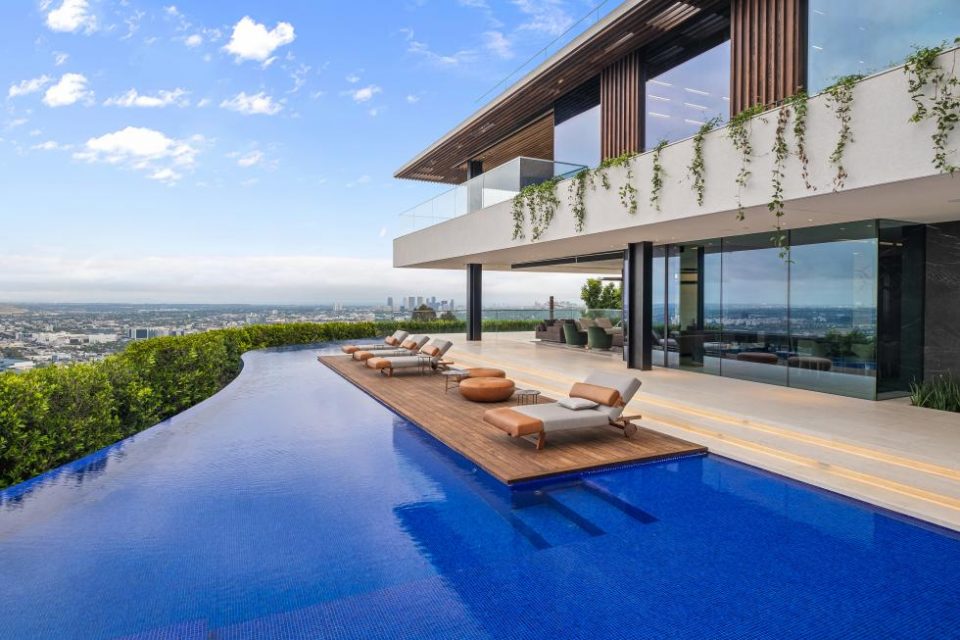 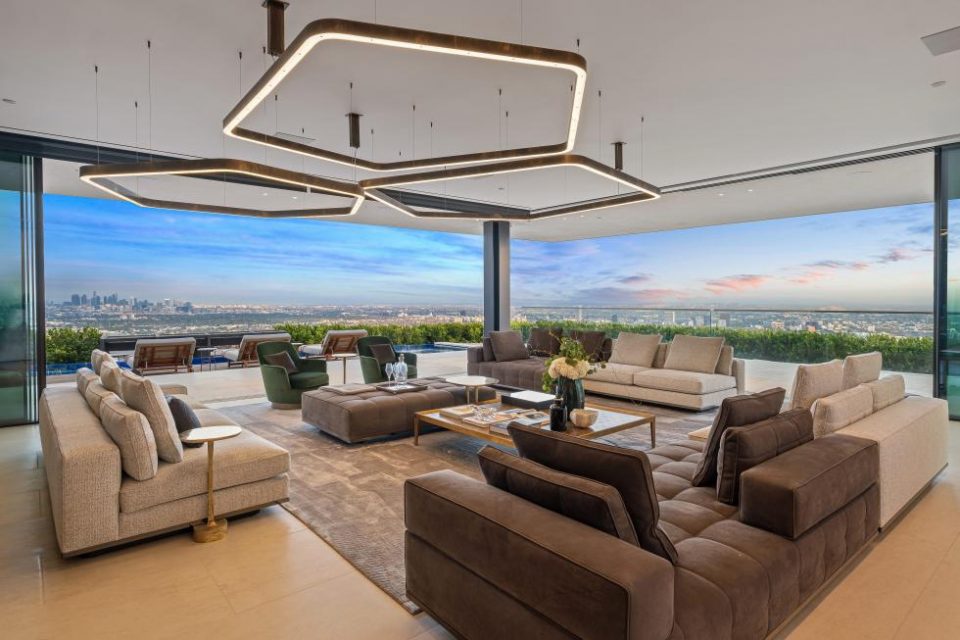 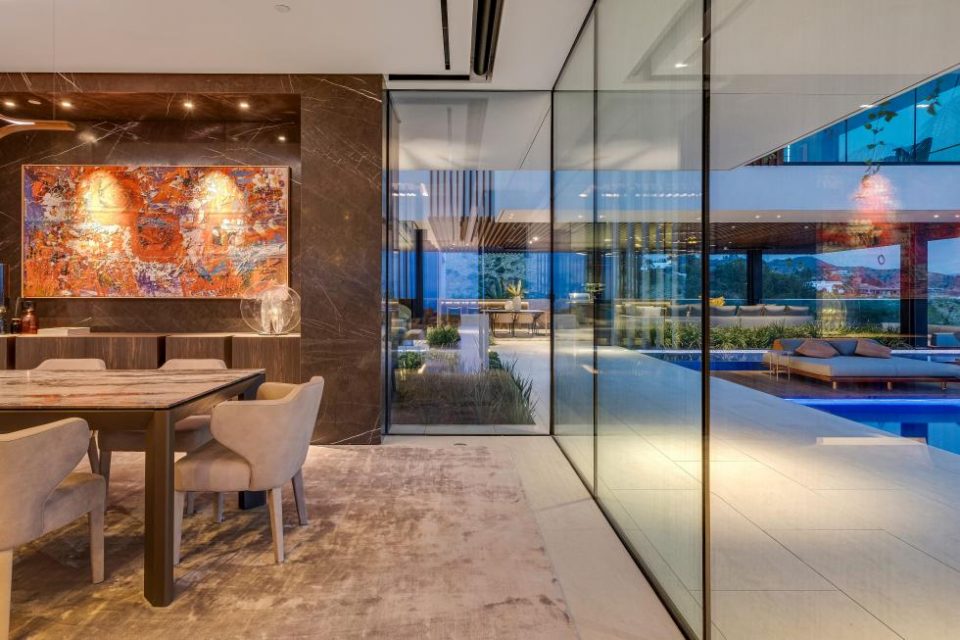 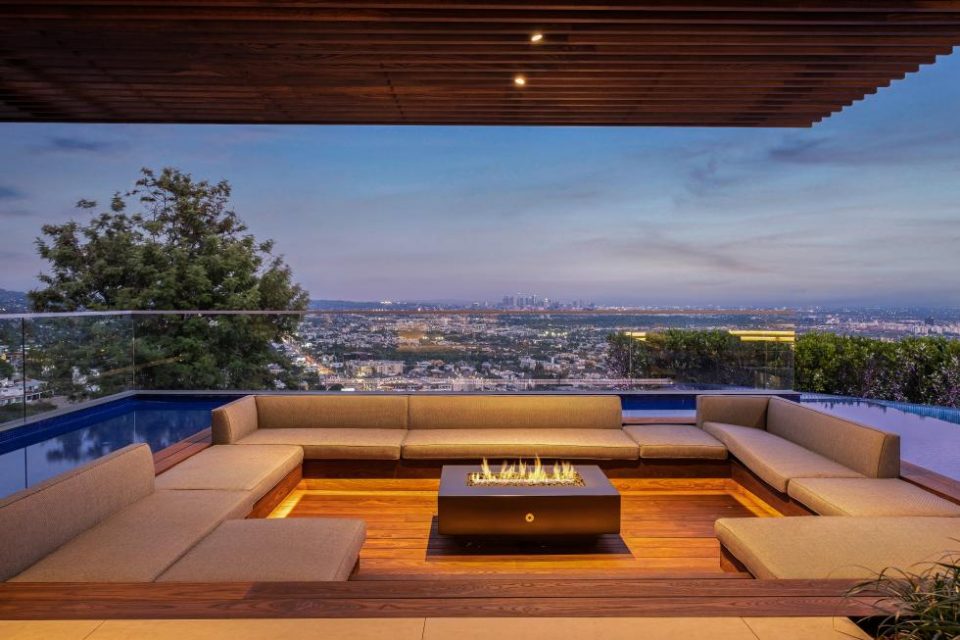 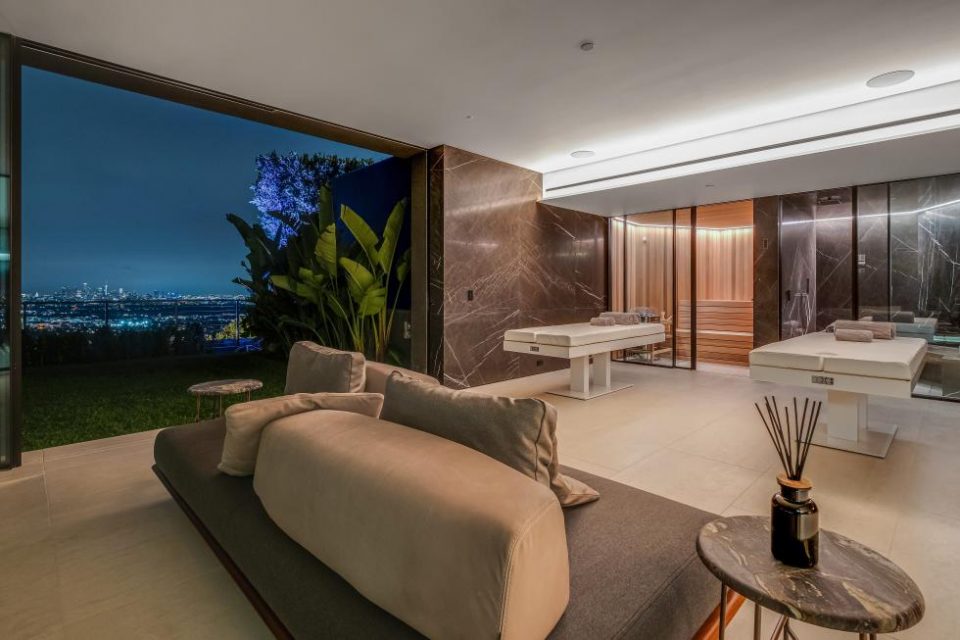 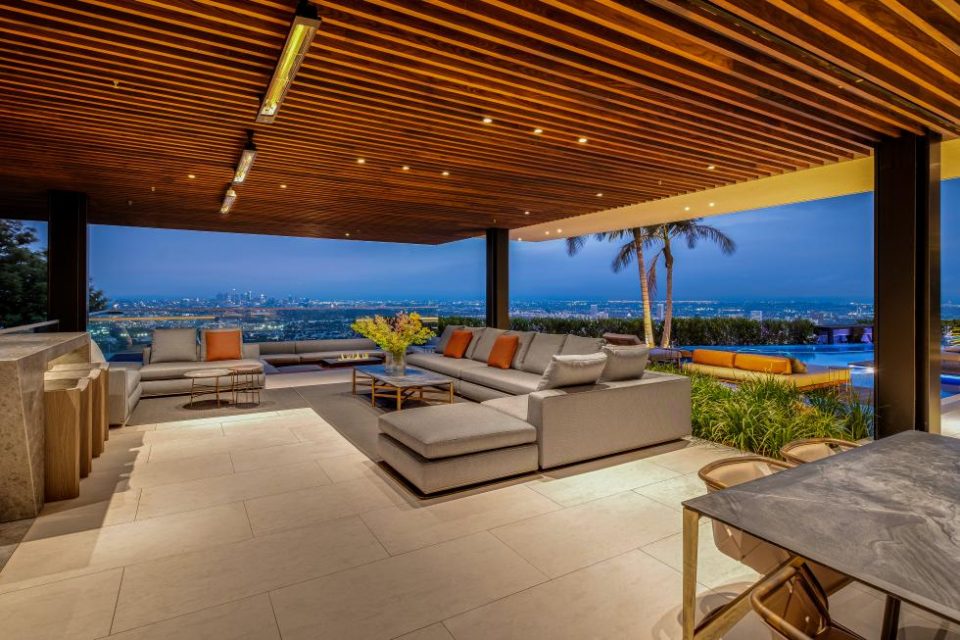 A new Los Angeles home designed by the South African architectural group Saota has come to market at $43.995 million. It is the latest in a long line of expensive contemporary designs that have made Southern California especially noteworthy for over-the-top, modern-home architecture. Looking to be floating on its own promontory on Hillside Avenue above Sunset Strip, it might be the best one of the bunch with both the 38,000-square-foot Billionaire estate by developer Bruce Makowsky and a vacant lot in nearby Bel Air each priced at $150 million. Also in Bel Air, one of the earliest super contemporaries is the 25,000-square foot Villa Sarbonne that was built in 1964, totally updated in 2017, and now asking $88 million.

At 20,000 square feet with postcard views over the city, the Saota home is both take-your-breath-away striking and might be the last of its kind as the Los Angeles City Council voted in 2017 to regulate the size of new homes. In addition to a 175-foot pool with waterfall spilling into an atrium below and a 15-foot outdoor television that can be rotated both horizontally and vertically to serve every room in the house, other noteworthy features include a 12-car garage, sliding glass doors that are automated and recess into the walls to open the entire house to the warm Southern California climate, spa retreat with steam and dry sauna, hot and cold plunge pools and massage therapy. A glass elevator transports visitors from the wine cellar to the movie theater and up to the massive rooftop entertainment deck for viewing sunsets as nighttime city lights begin to pop over the home's cliffside pool.

Marketed by the Oppenheim Group, whose leader Jason Oppenheim and bevy of starlet real estate agents are seen on the Netflix series Selling Sunset, the home had been featured regularly on the program during its construction. The Selling Sunset show follows Jason and his agents as they sell luxury homes to their affluent and celebrity clients. He has co-listed the Hillside Avenue home with David Parnes and James Harris of The Agency at $43.995 million and furnishings can be added for an additional $1.1 million. 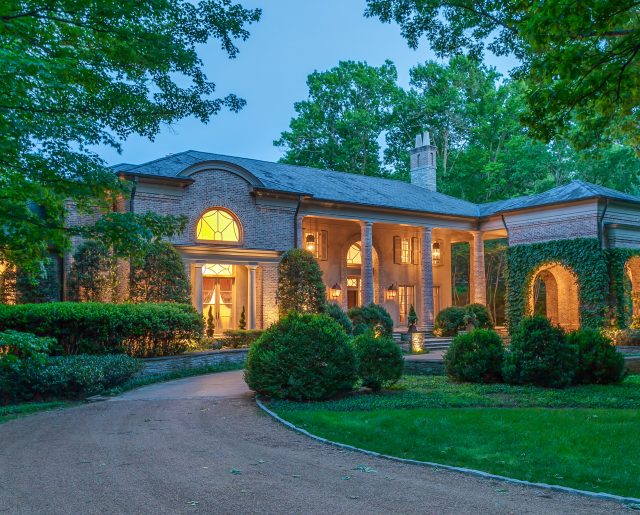 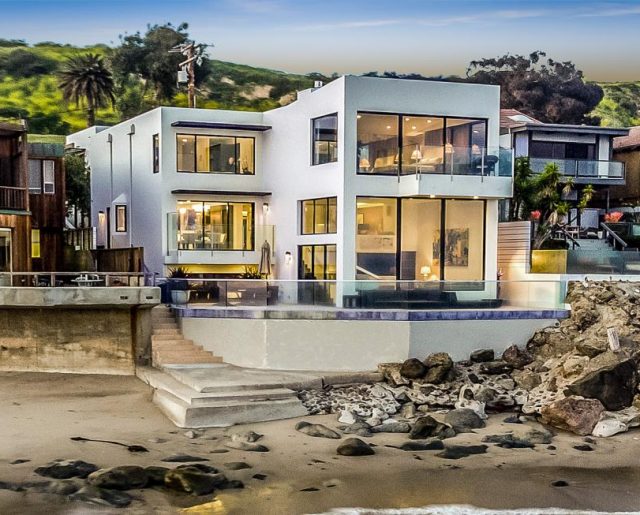 A Malibu beach house where Barry Manilow once lived has recently been listed for sale at $10.375 million. Located next...Read More