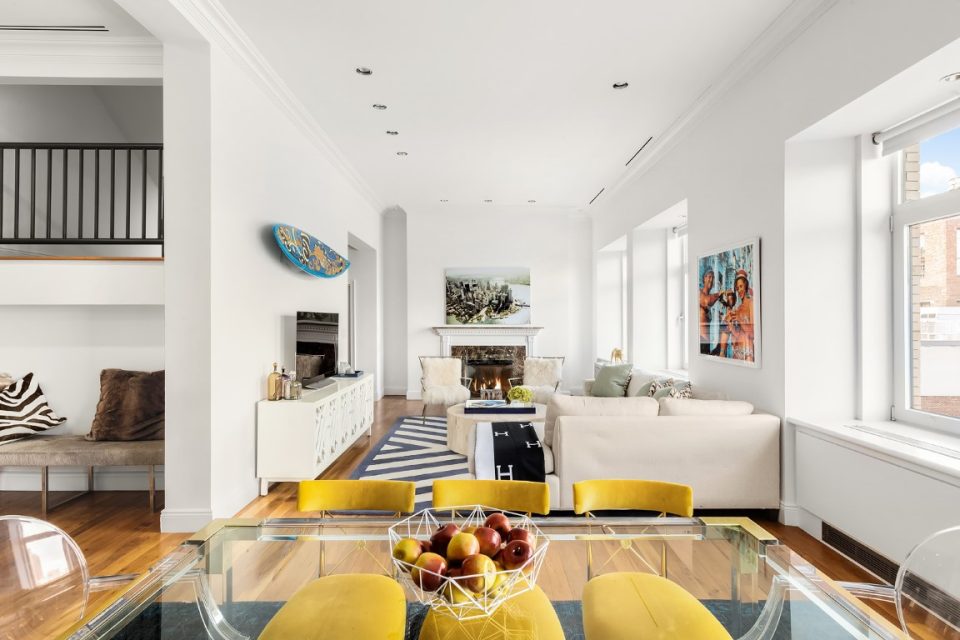 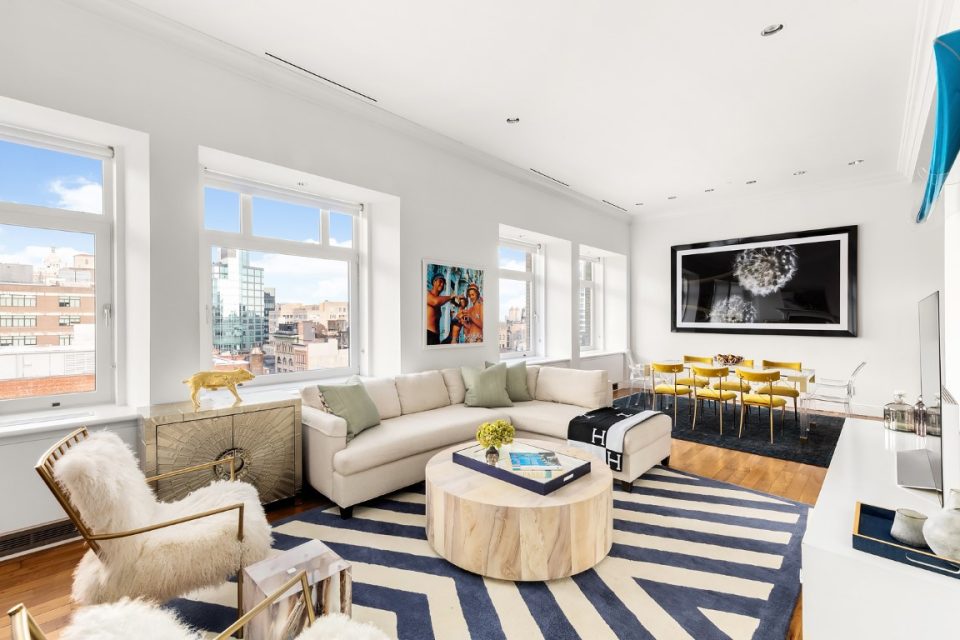 Living and dining areas are flooded with light. 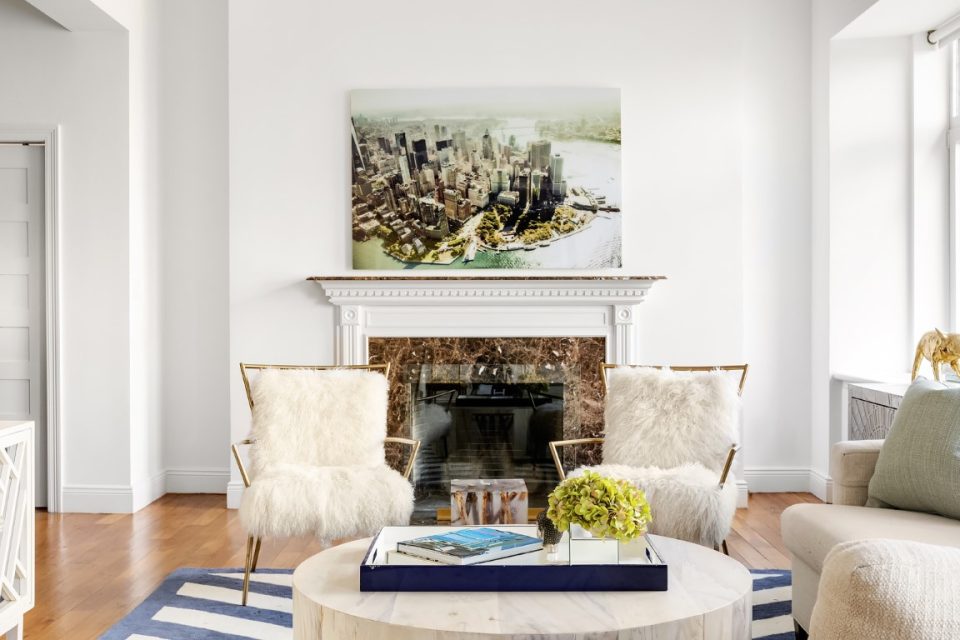 The working fireplace is a charming focal point. 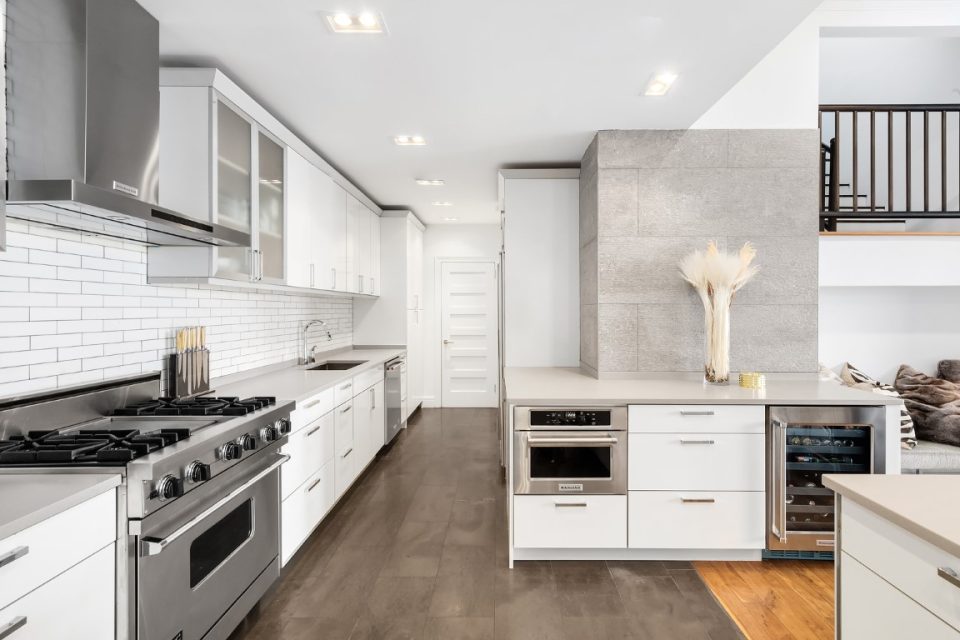 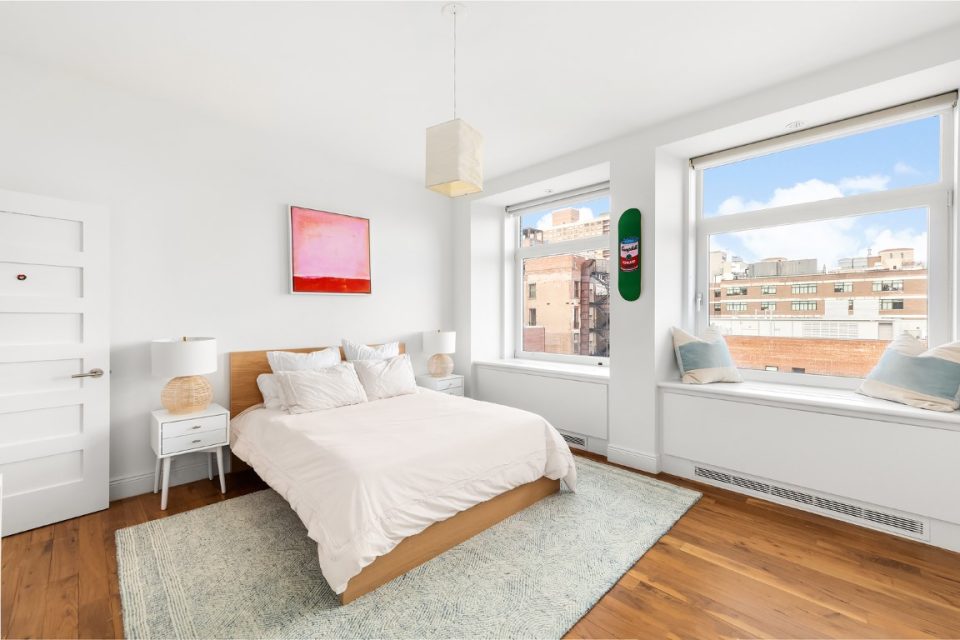 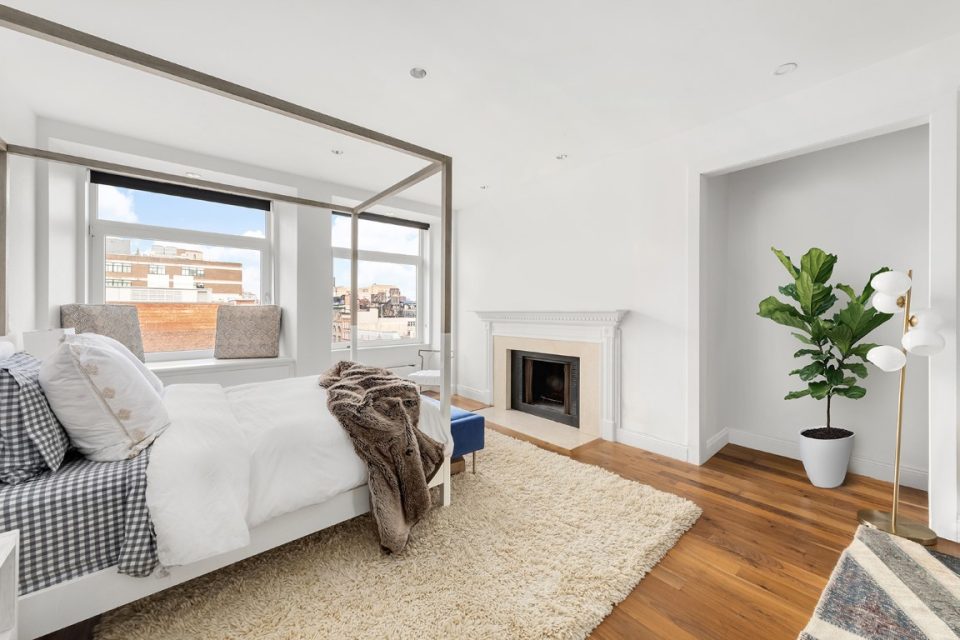 The primary suite has its own mood enhancing fireplace. 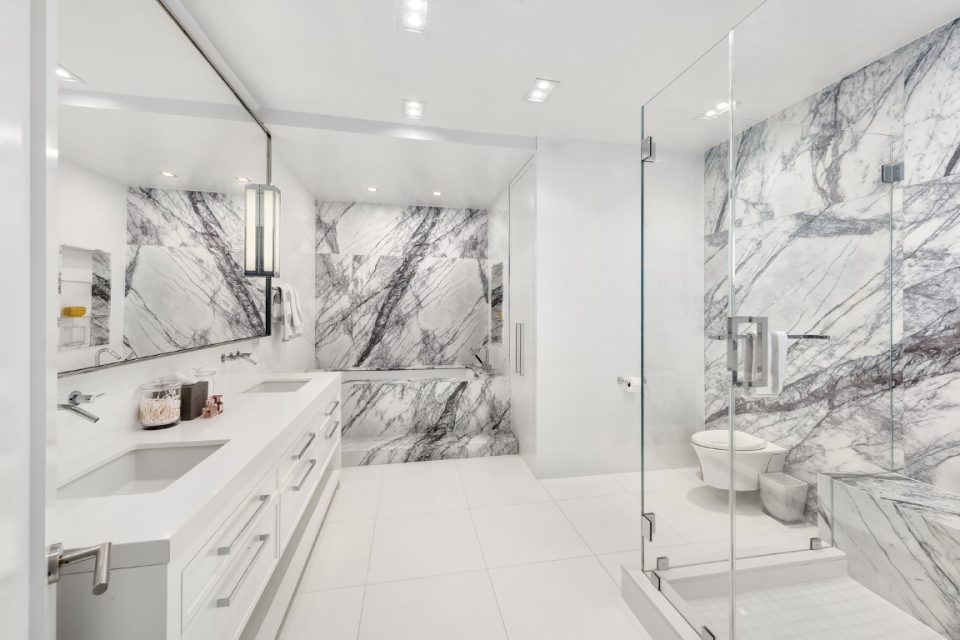 Bathrooms all are decorated with book matched marble. 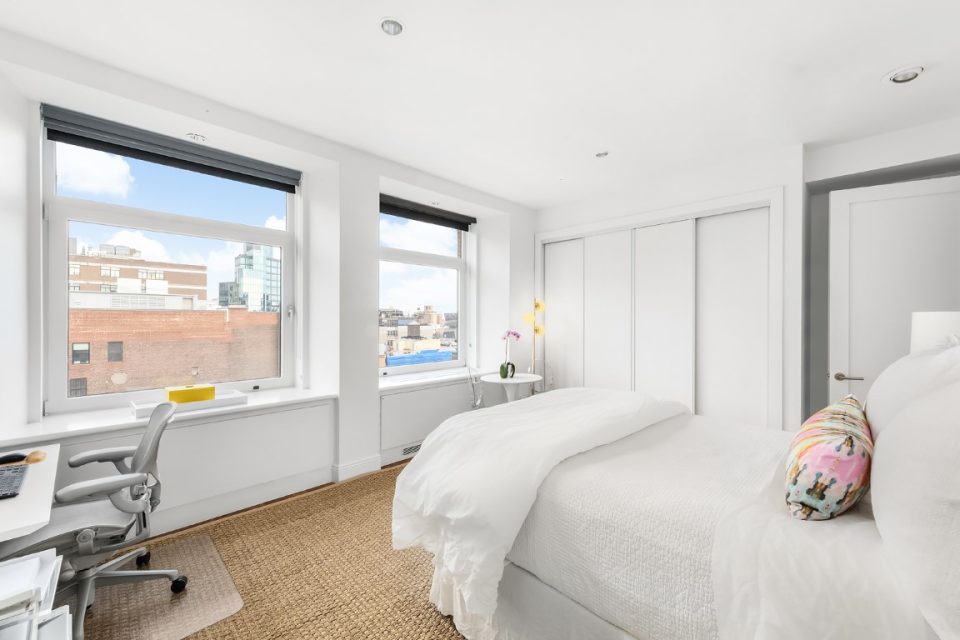 Additional bedrooms are bright and cheery with views. 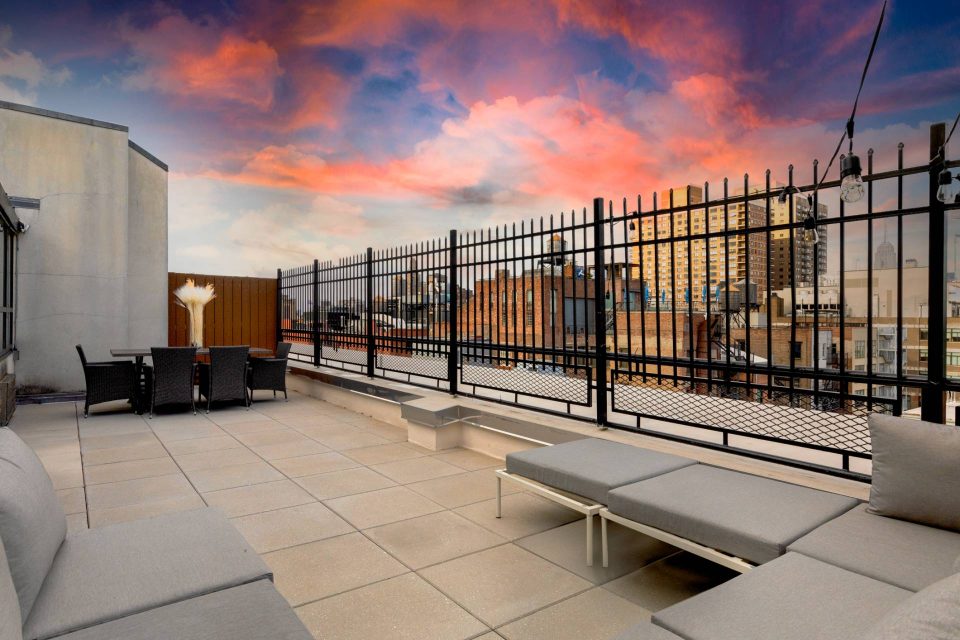 Entertaining on the roof terrace at sunset can be enchanting.

The Silk Building is one of the only full-service lofts conversion buildings in Noho. Built-in 1908, the building has 55 residences and a 24-hour doorman/concierge.

A stunning quadplex penthouse apartment in one of New York City’s most historic residential buildings, previously a silk factory before it was repurposed to residences and then owned by a bevy of celebrity A-Listers, has just hit the market at $6.995 million.  Built in the Italian Renaissance style in 1908 and converted to apartments in the 1980s, the 12-story Silk Building is located in Manhattan’s Noho neighborhood, taking up an entire city block between Broadway and Lafayette streets.

For decades, the style-conscious have looked to Cher for her home choices in glamorous locations from New York City to California and Hawaii, her artistic vision and related upscale decorating talent rivals her singing and showmanship. Cher was the Silk Building penthouse-apartment’s first owner when she purchased it after the building’s transition to residences and lived there until 1990 when she sold it to Russell Simmons for $1.6 million. Britney Spears later bought the apartment - it was where she wrote the Grammy-winning song “Toxic” - and lived there for four years. Britney combined two units to make up the current apartment with 3,785 square feet and four bedrooms. Keith Richards also once lived in the building where he had two floors and a recording studio.

Some of the penthouse's best features are the tall ceilings, 400-square-foot outdoor terrace, fully operational wood fireplaces, and the wet bar in the primary suite.  A fifth bedroom could be added by repurposing the rooftop den with bath that opens to the large terrace with views over Greenwich Village and the Empire State Building.  The kitchen is styled up-to-the minute and bathrooms are upgraded with book-matched marble.  Cher would definitely approve!

The Silk Building is located in a neighborhood developed by John Jacob Astor many decades ago that housed a large number of garment-related businesses and factories.  In 1983, the Silk Building’s first-floor retail space was leased by Tower Records, which attracted local music fans, tourists and entertainers. The building was recently the site of a Major League Baseball store and currently a Blink Fitness center.

Noho has been home for many celebrities, including Gigi Hadid and Cynthia Nixon.  It’s not unusual to run into a plethora of other celebrities who maintain apartments in nearby neighborhoods.  Neither is it unusual to see filming and photoshoots in action when out for a stroll.

The listing agent is Ian Slater with Compass located in Midtown Manhattan. 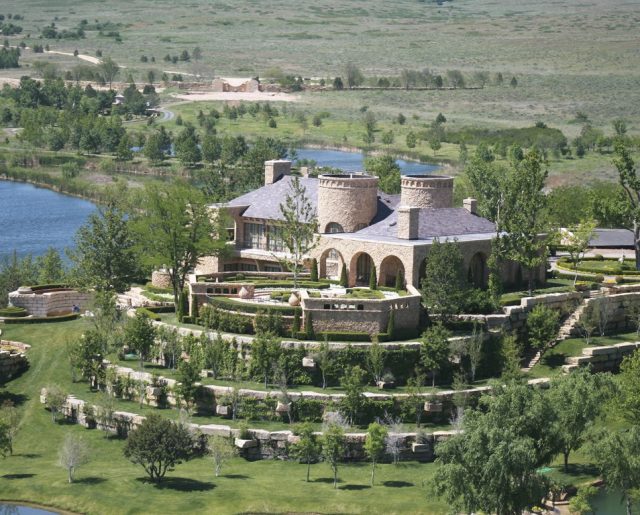