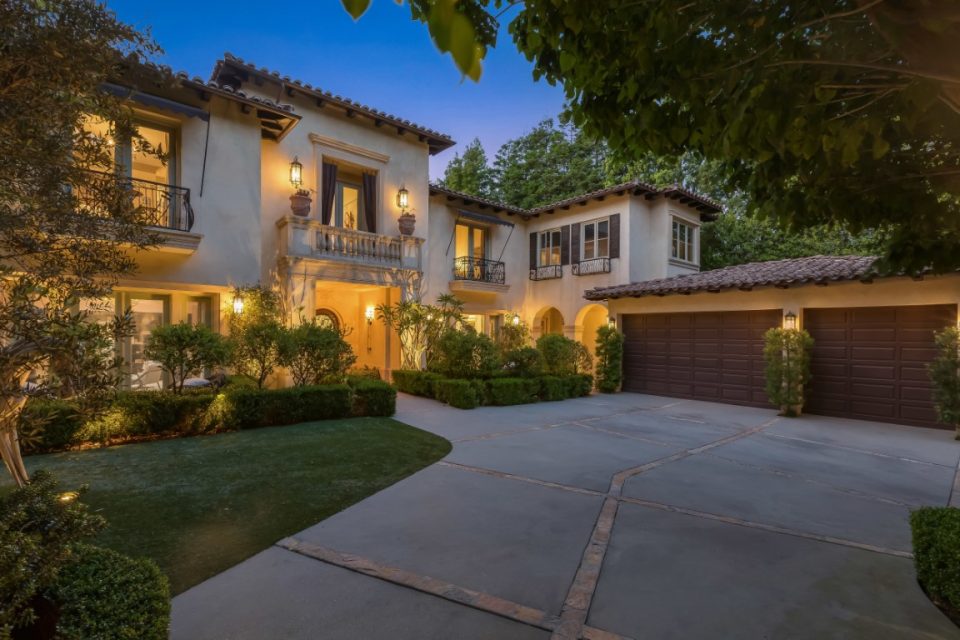 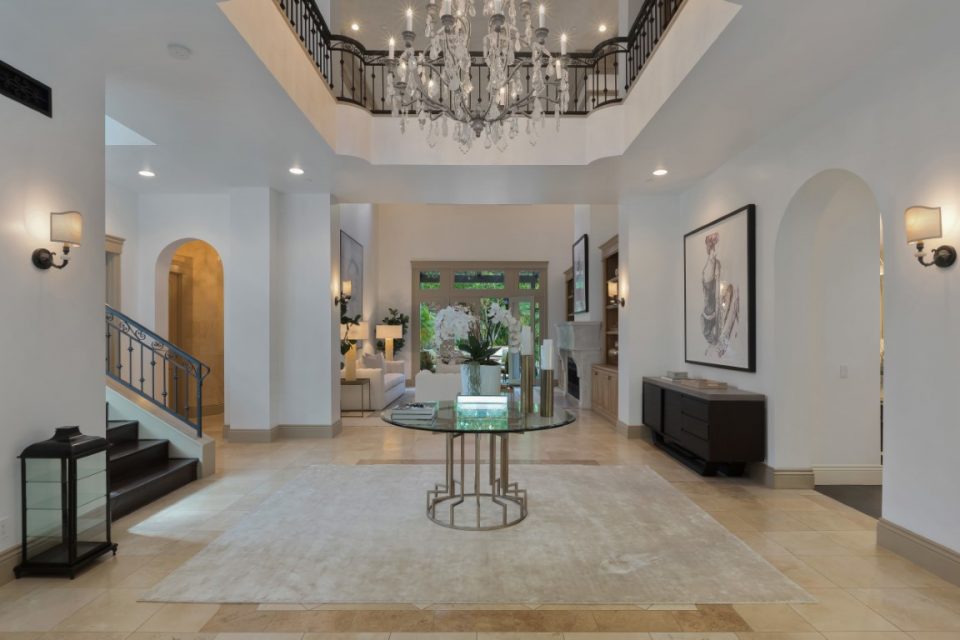 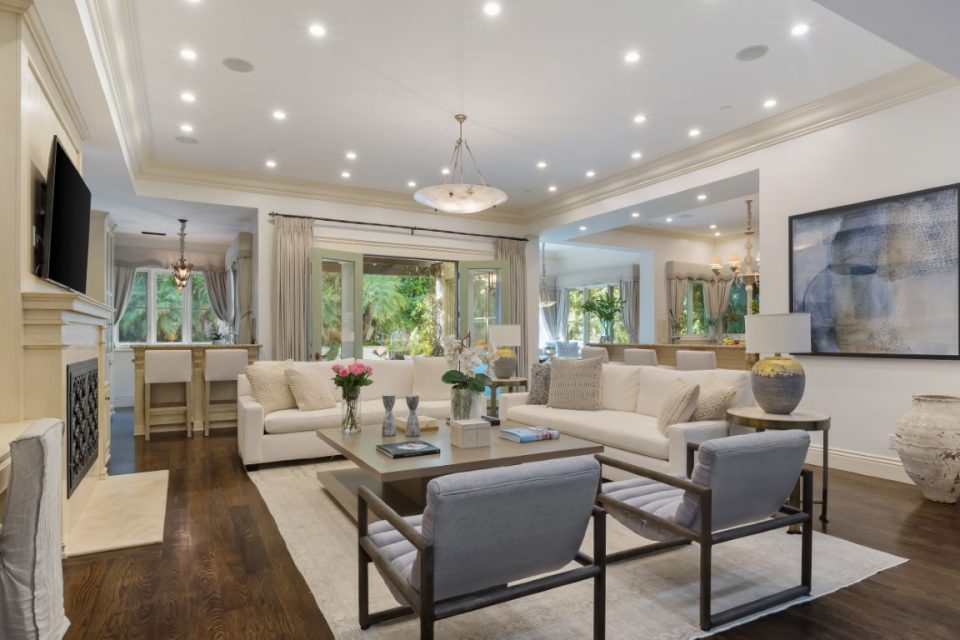 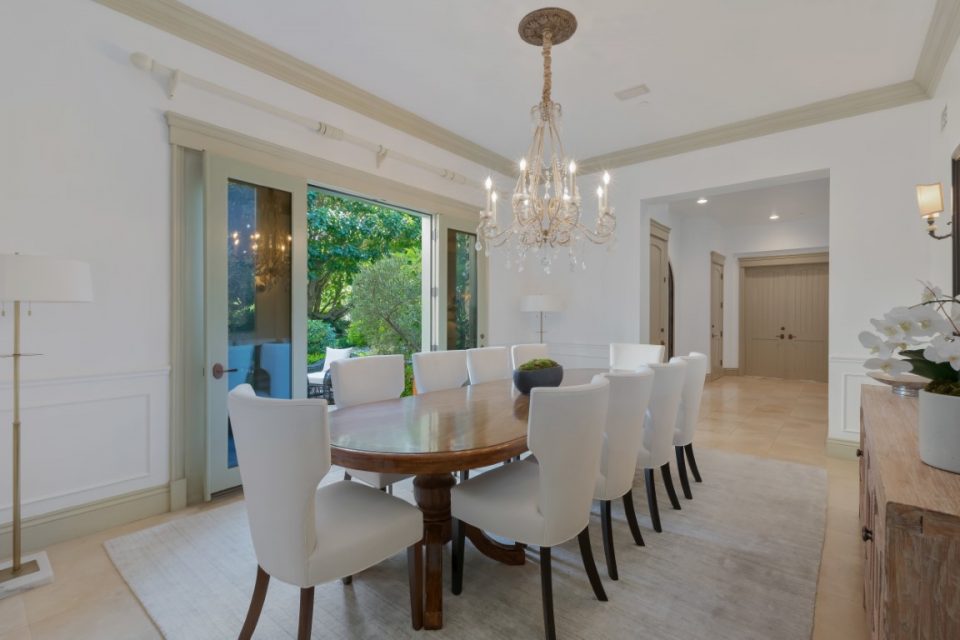 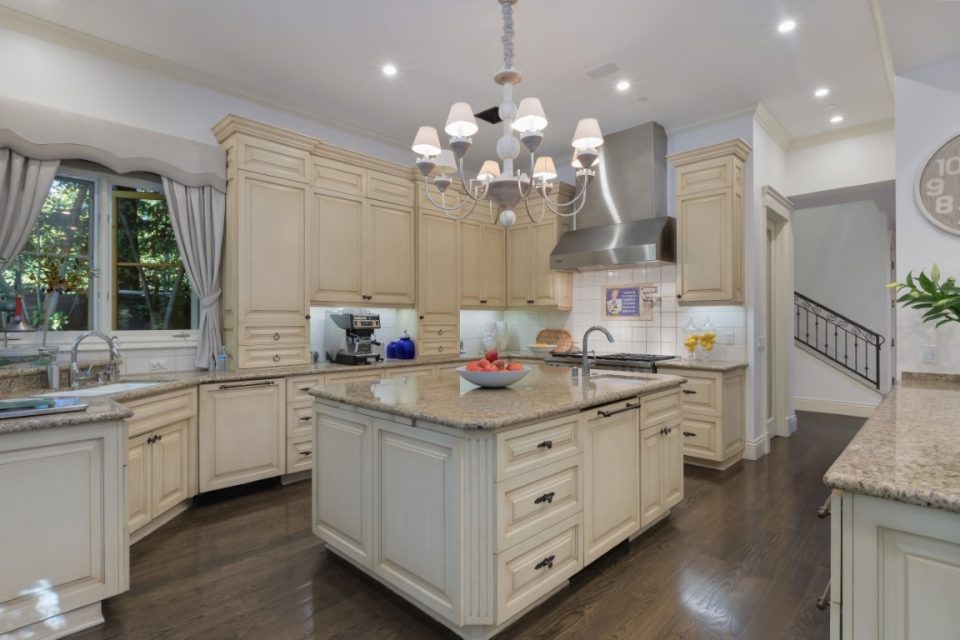 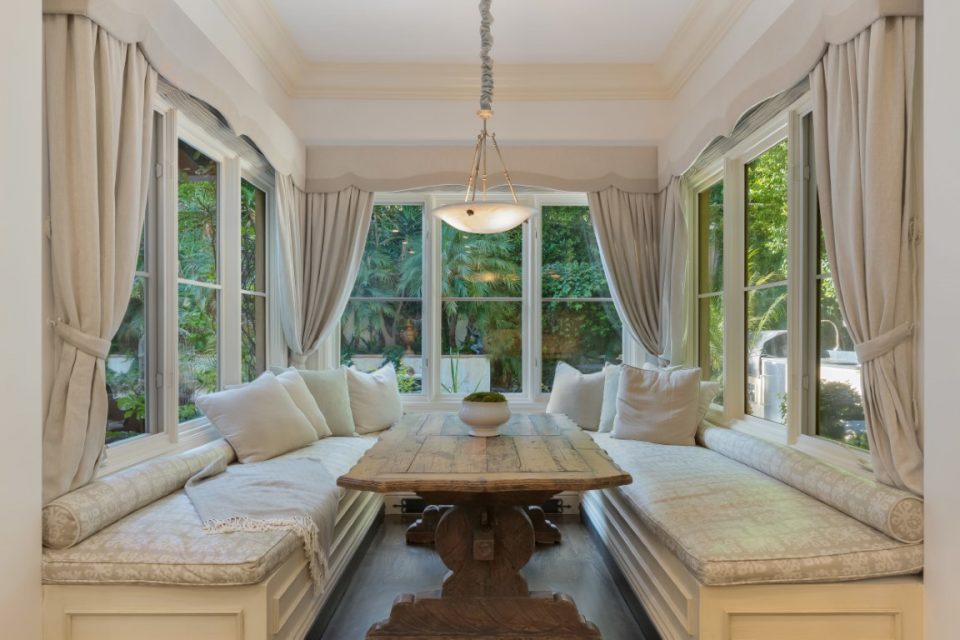 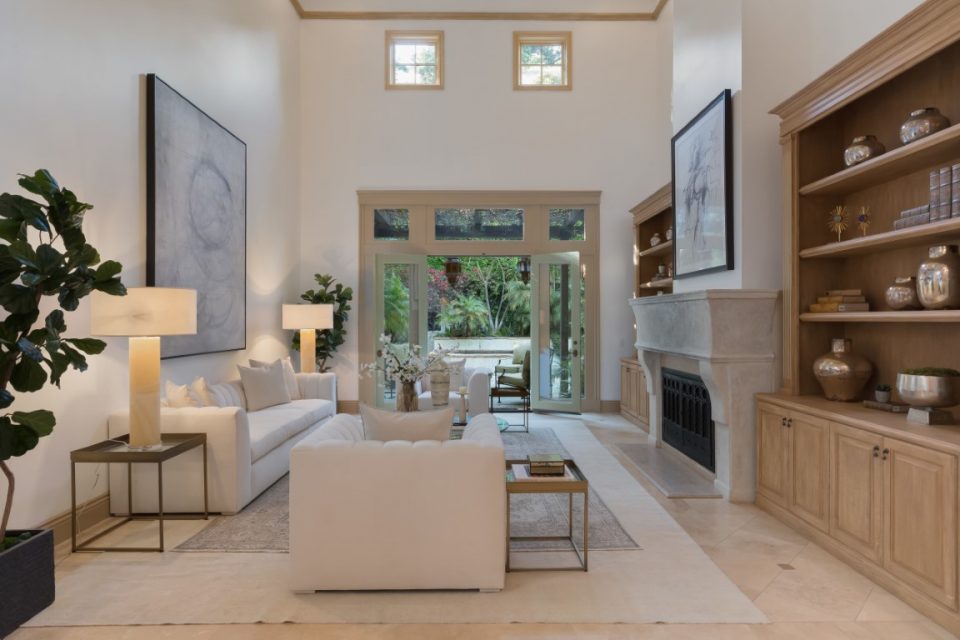 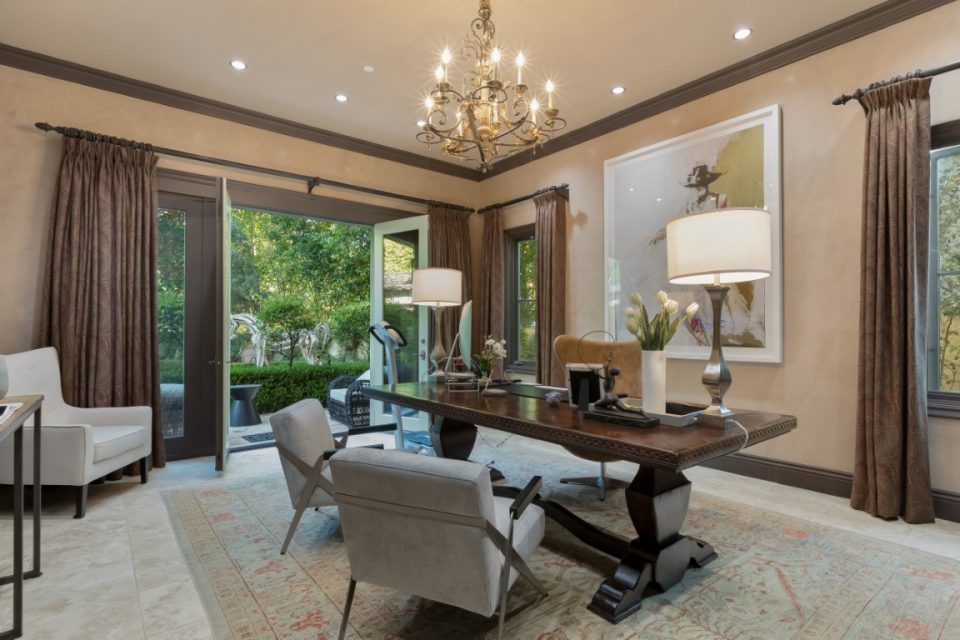 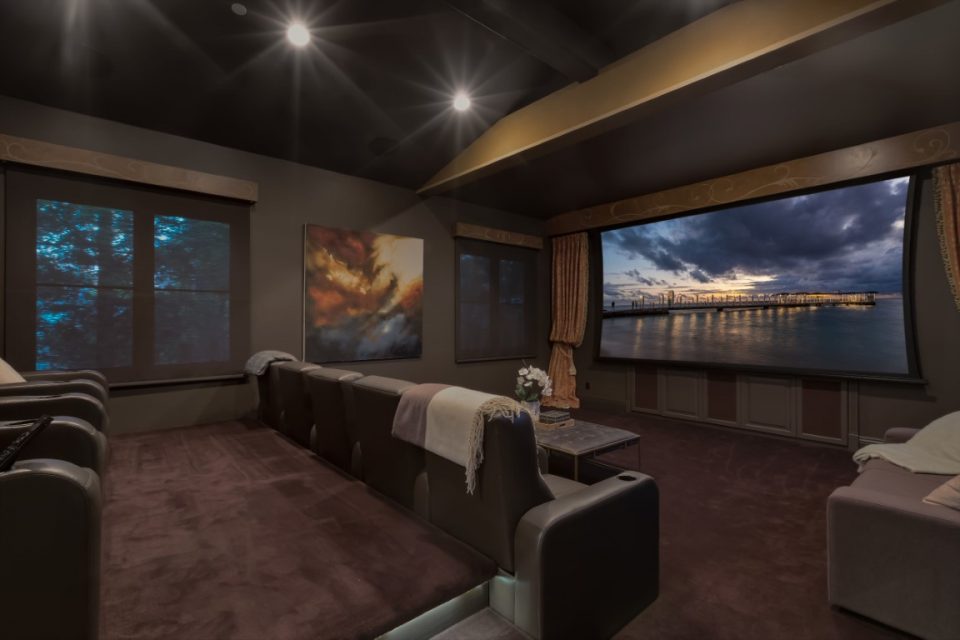 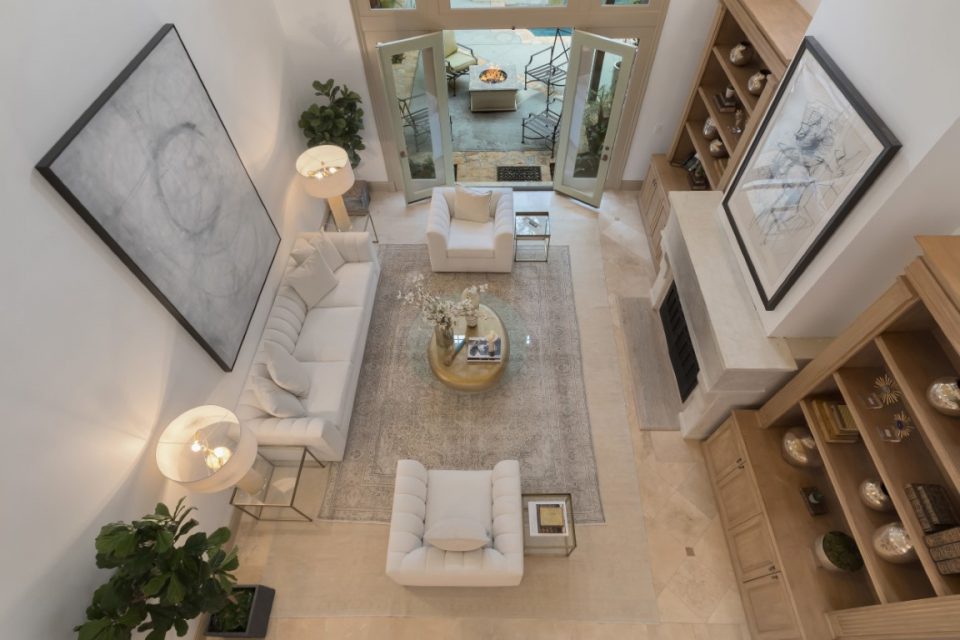 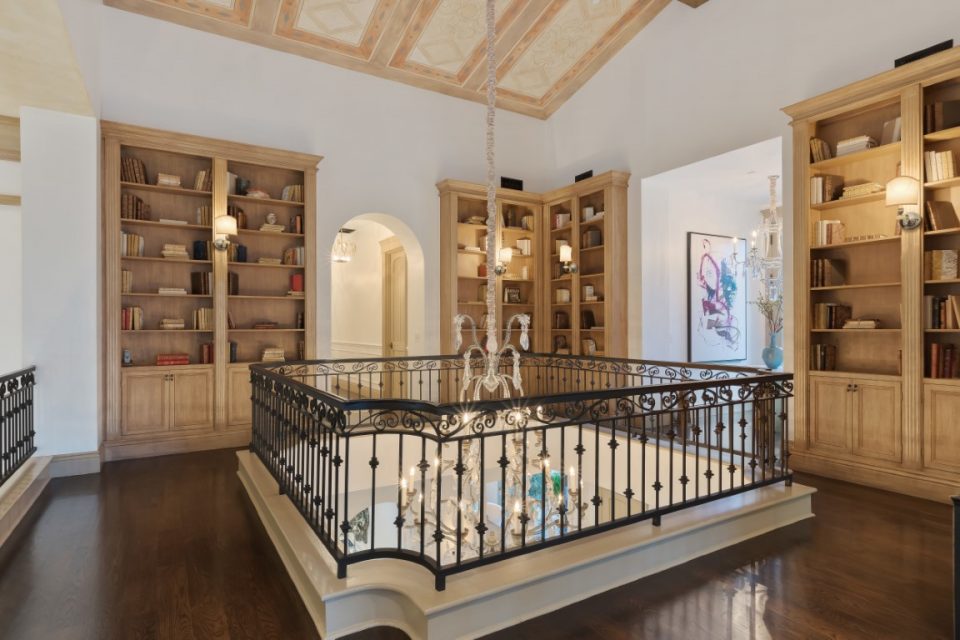 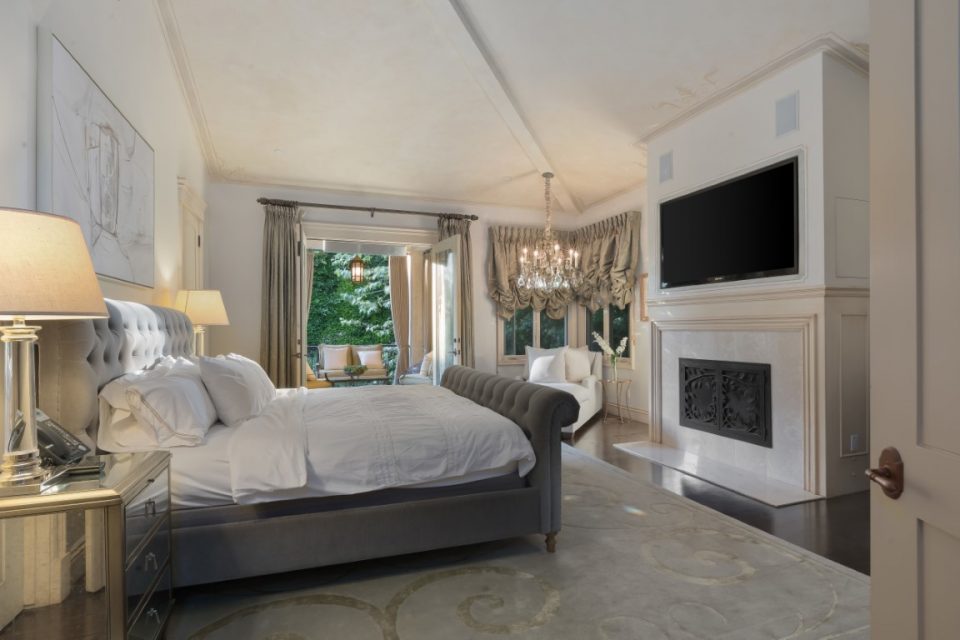 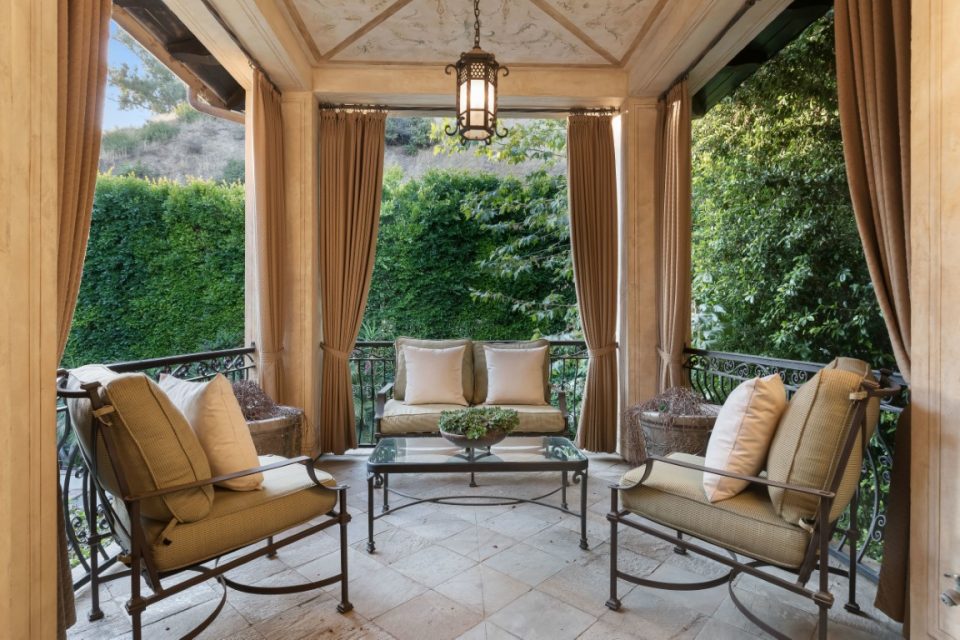 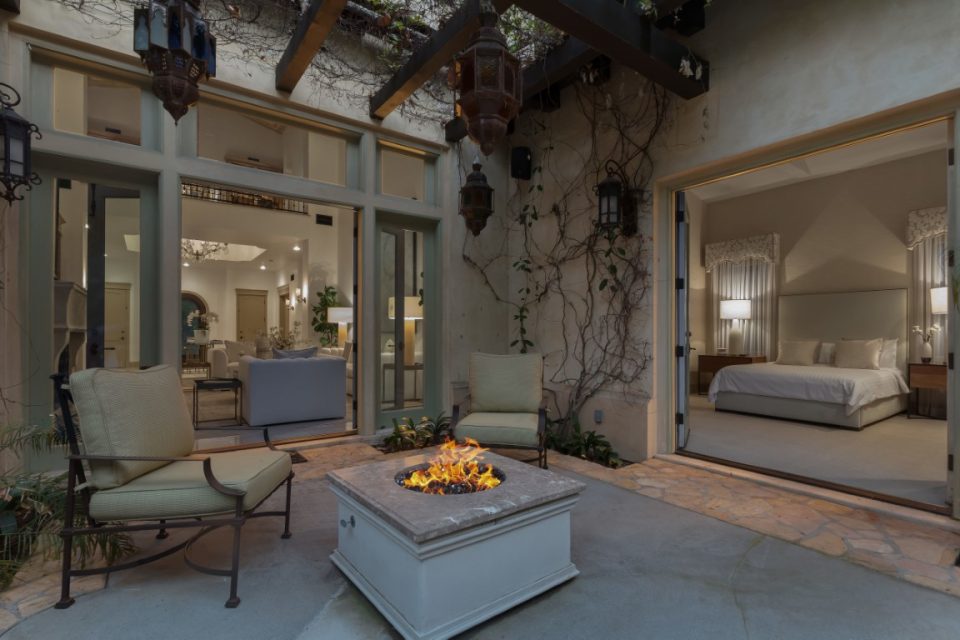 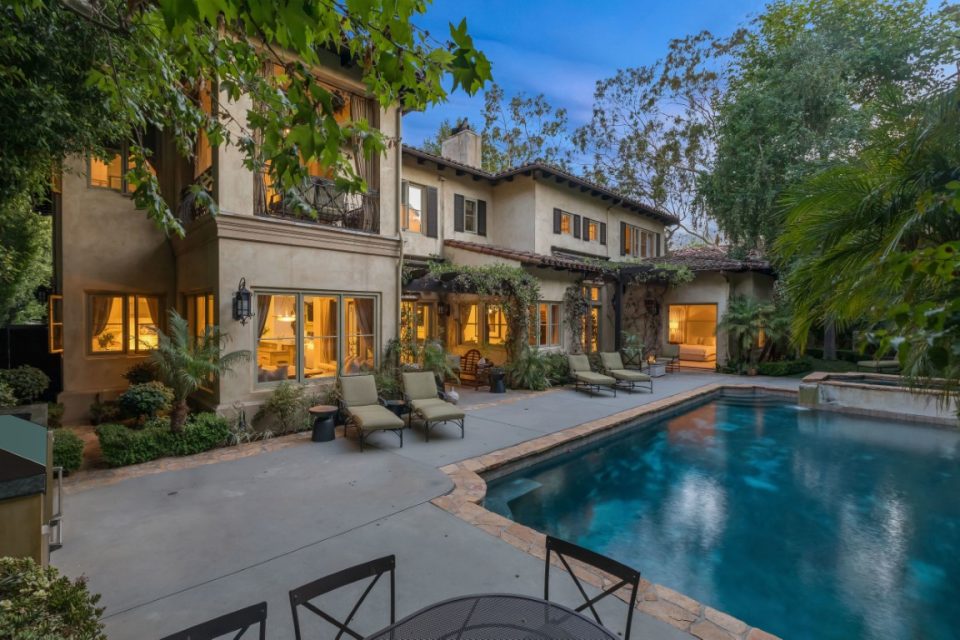 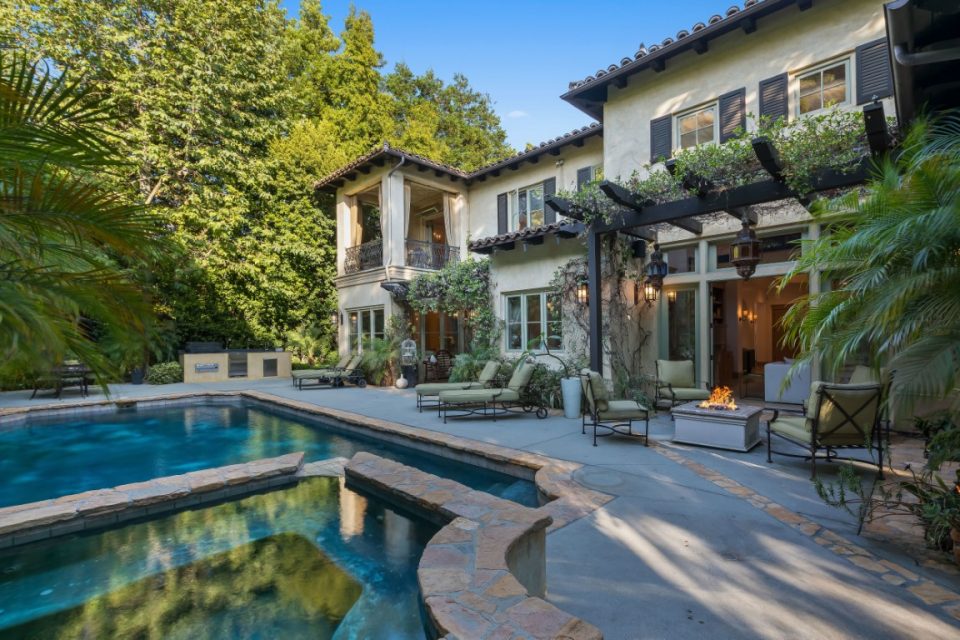 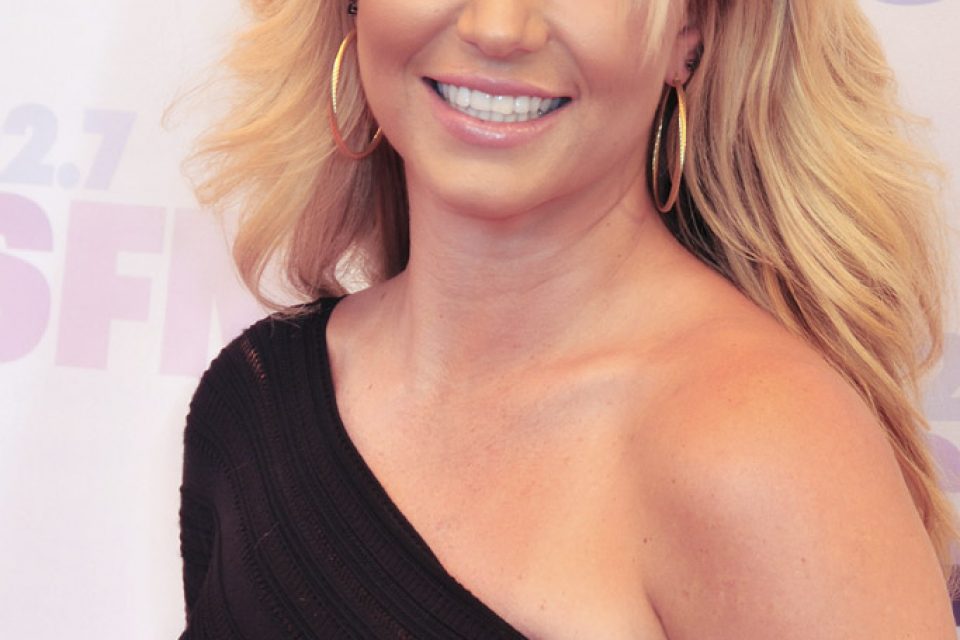 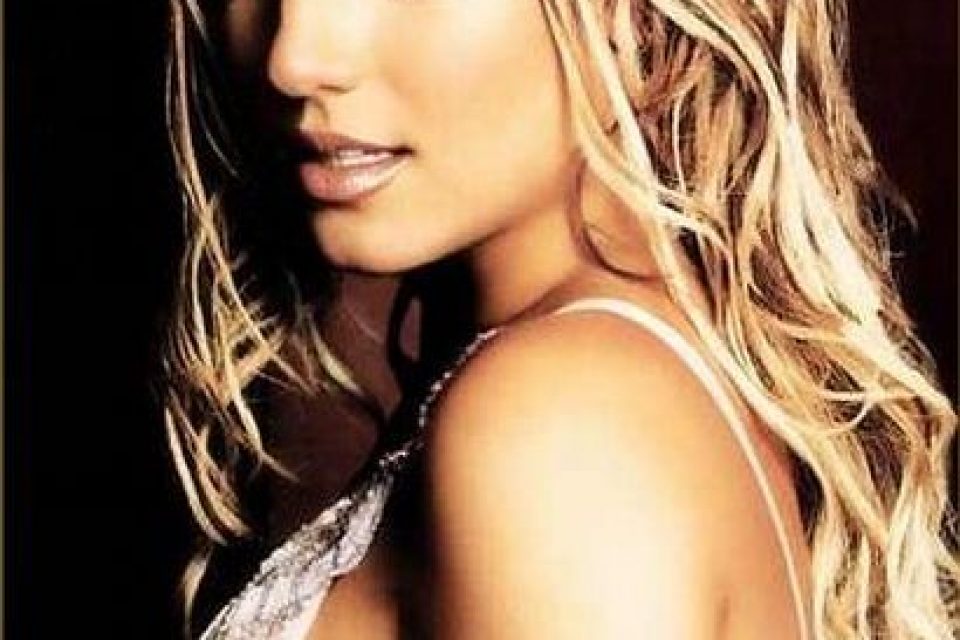 Baby One More Time when it comes to the former Britney Spears mansion in Beverly Hills to change hands.  It was the home she bought in 2007 in The Summit after her divorce from Kevin Federline, where she could find privacy in the gated-and-guarded community.  Britney sold it in 2012 at a $2 million loss.  Previously on the market in 2018 at $9 million, it is now listed considerably lower at $6.8 million.

The Old World vibe of the Italianate villa-style home is still warm and inviting, and from the look of its upbeat modern interior, seems to have improved with a few years of maturity. Built in 2001 and measuring in at almost 7,500 square feet, the rooms are large and airy and open to take advantage of the mild climate.  The interior opens into a grand foyer dressed in a huge chandelier with glimpses of the second floor that overlooks the entry.  A few steps inside reveal the wrought-iron banister leading up the stairs that continues across the second-floor opening that acts as a large catwalk, also with views over the formal living room with its impressive fireplace.  Crisp, white and bright, with clerestory windows adding even more light, it is a perfect backdrop for art, special antiques and statement-making potted trees.  Additionally there is the formal dining room, chef’s kitchen open to a large family room that opens to the pool deck and thick privacy hedges.  There is a cheerful breakfast nook with built-in seating that is surrounded by windows on three sides.  The six bedrooms and seven baths include a master suite with its own private balcony and fireplace, sumptuous bath and large paneled walk-in dressing room/closet.  There is also an office, a media room and multiple entertaining venues both inside and out.

The Summit has been the choice neighborhood for elite entertainers who want a paparazzi-proof location where they can mingle with their peers and their children can play peacefully away from curious onlookers.  It has been home to Gwen Stefani, J-Lo, Ariana Grande and Britney. The Biebers were recently seen house hunting there.

The Beverly Hills mansion that Britney Spears purchased in 2007 after her divorce from Kevin Federline and lived in until 2012, is on the market.  Priced at $6.8 million, Bravo’s Million Dollar Listing’s Matt and Josh Altman of Douglas Elliman Real Estate, Beverly Hills hold the listing. 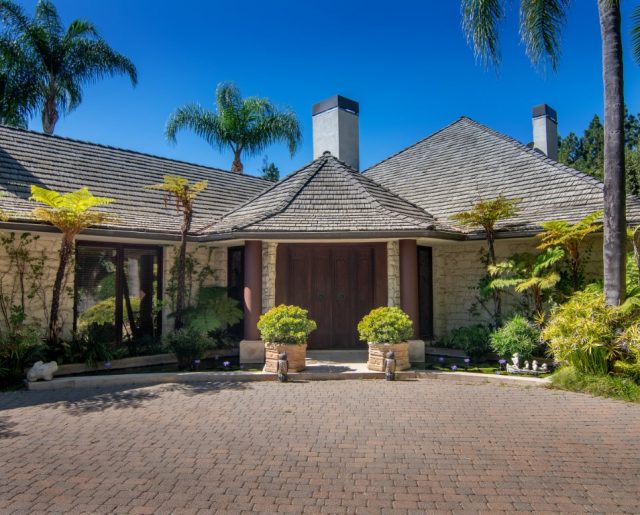