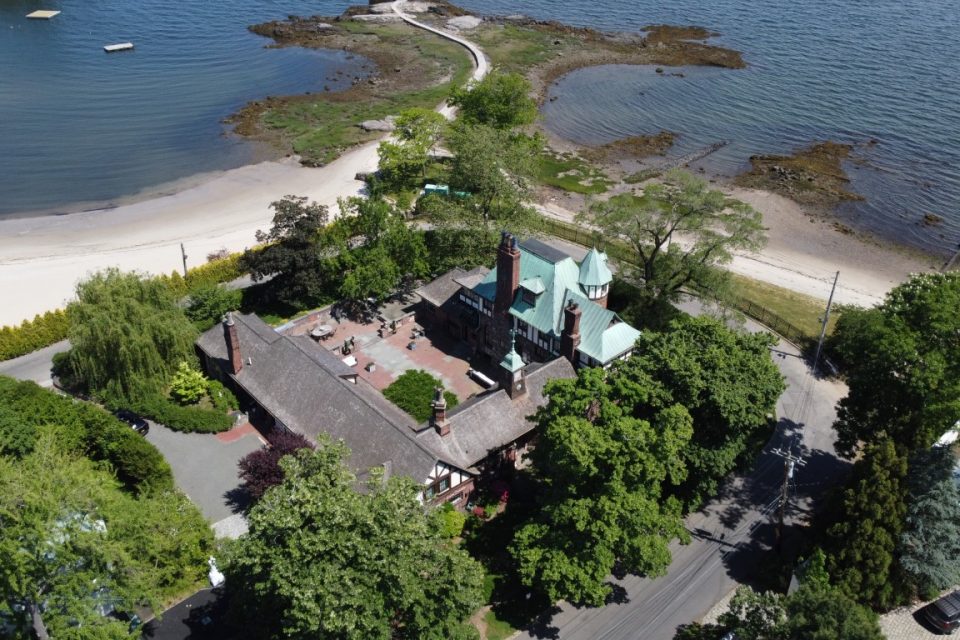 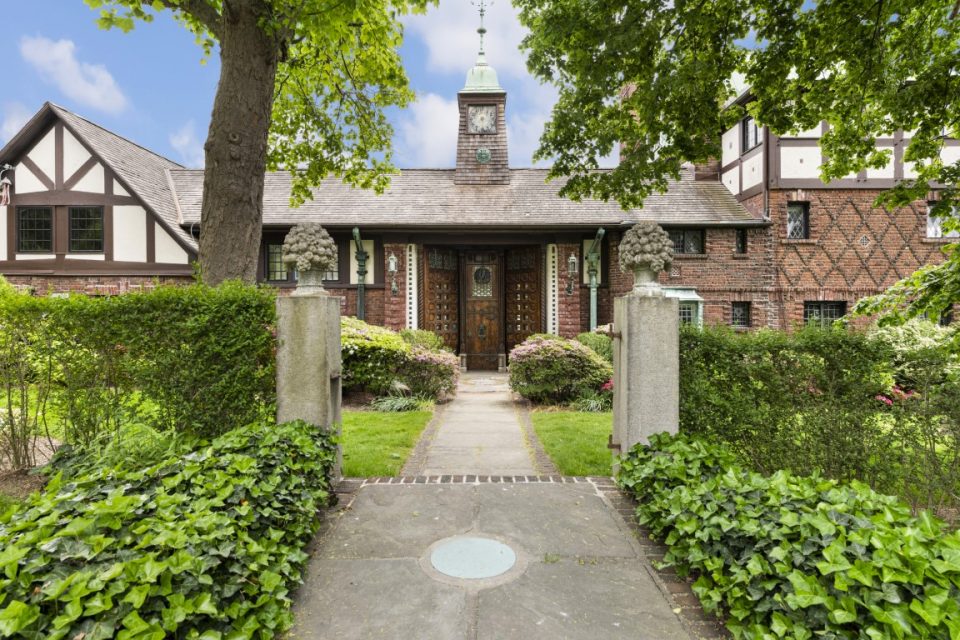 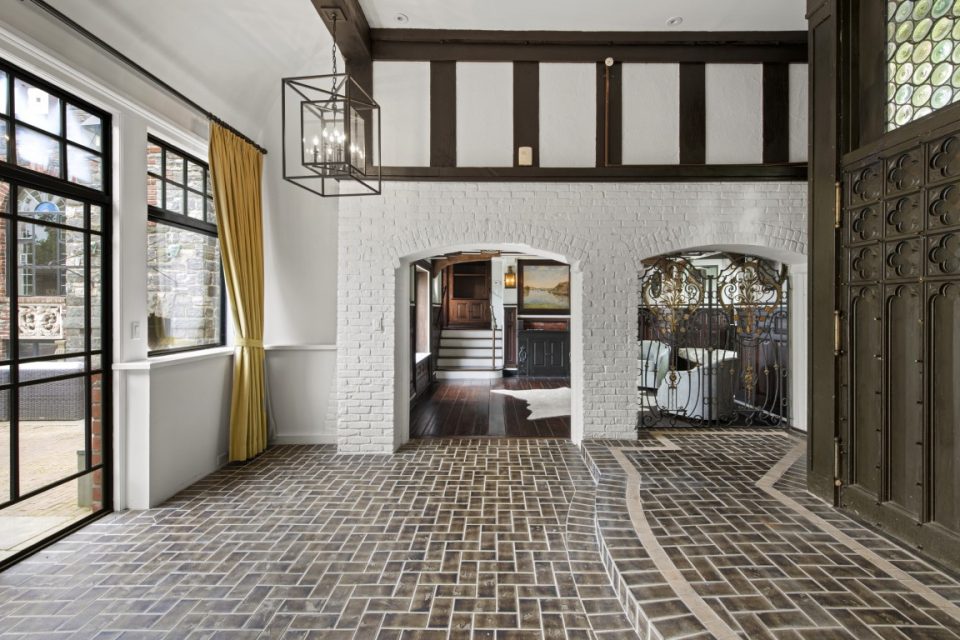 The front door opens into a dramatic foyer. 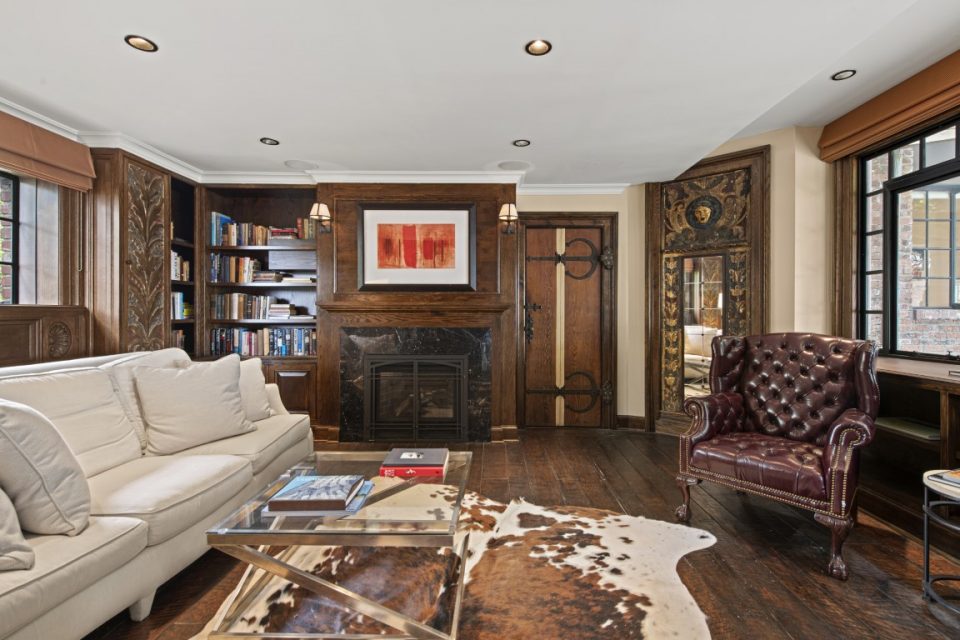 There are multiple living/family rooms. 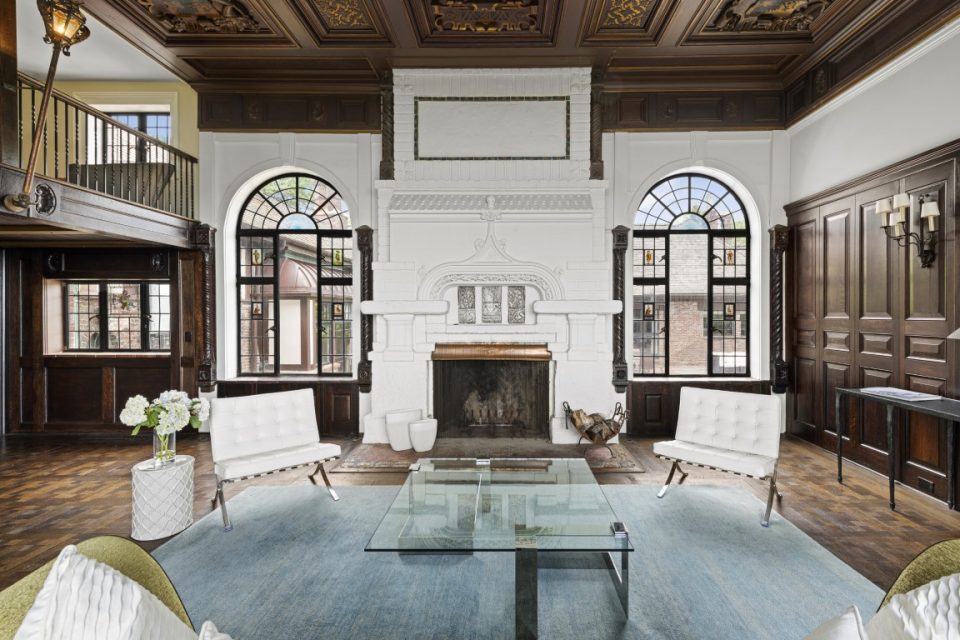 The more formal living room has an exceptional fireplace surround. 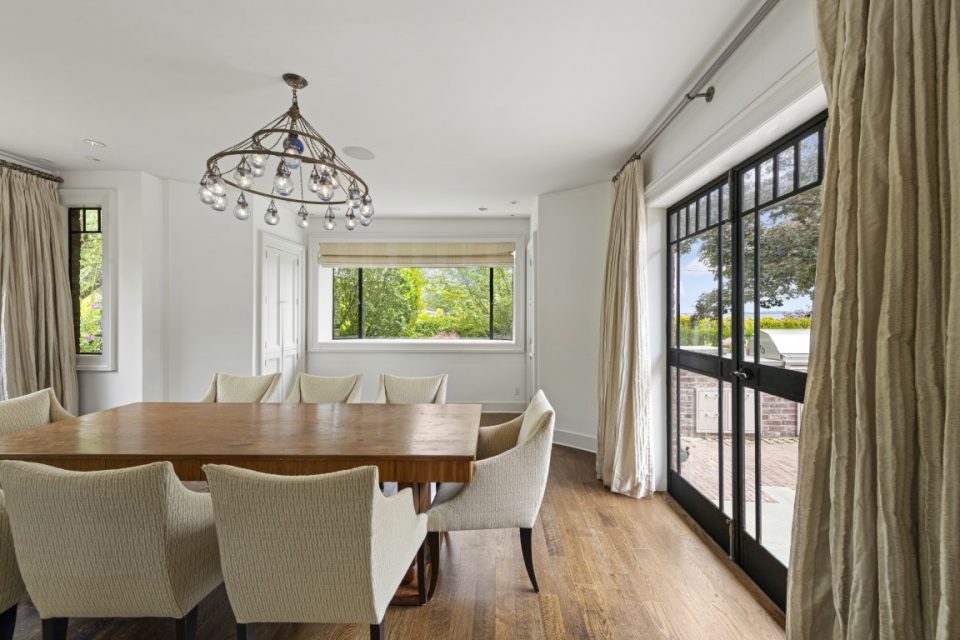 The formal dining room has views of the courtyard. 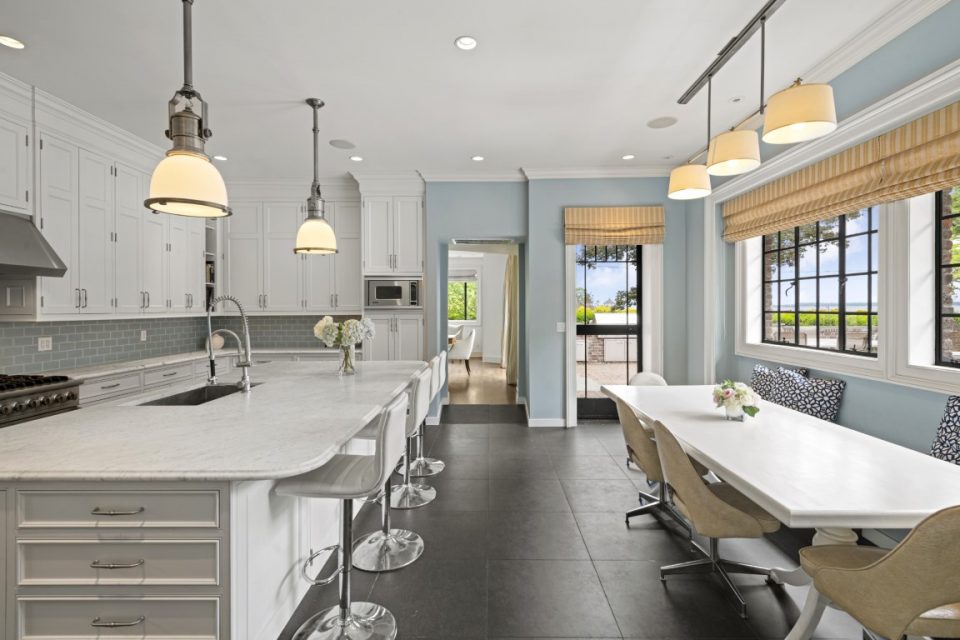 A cook's kitchen has the capacity for catering or intimate family meals. 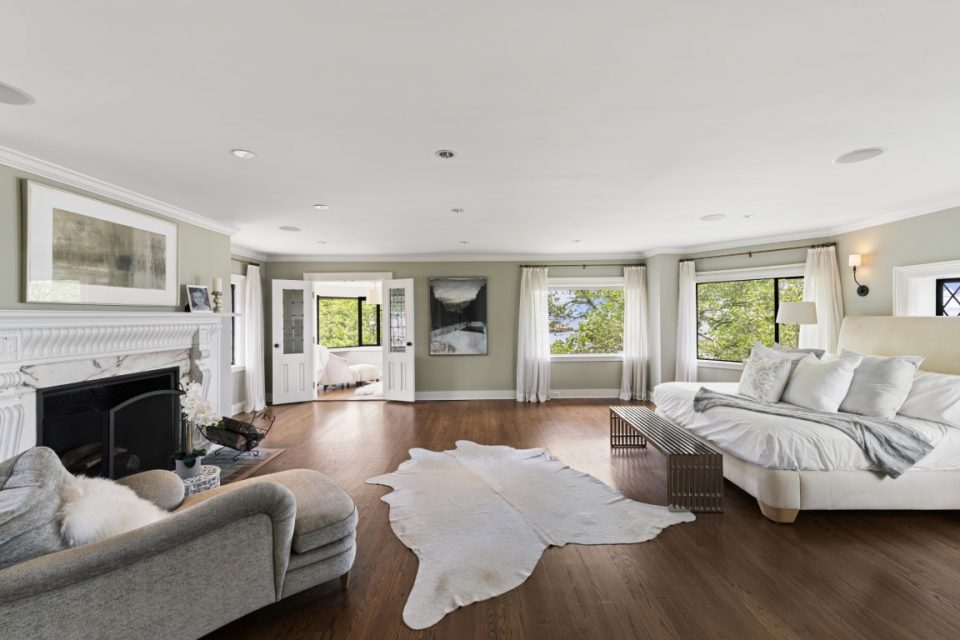 Bedrooms are spacious as was the norm in the early 1900s. 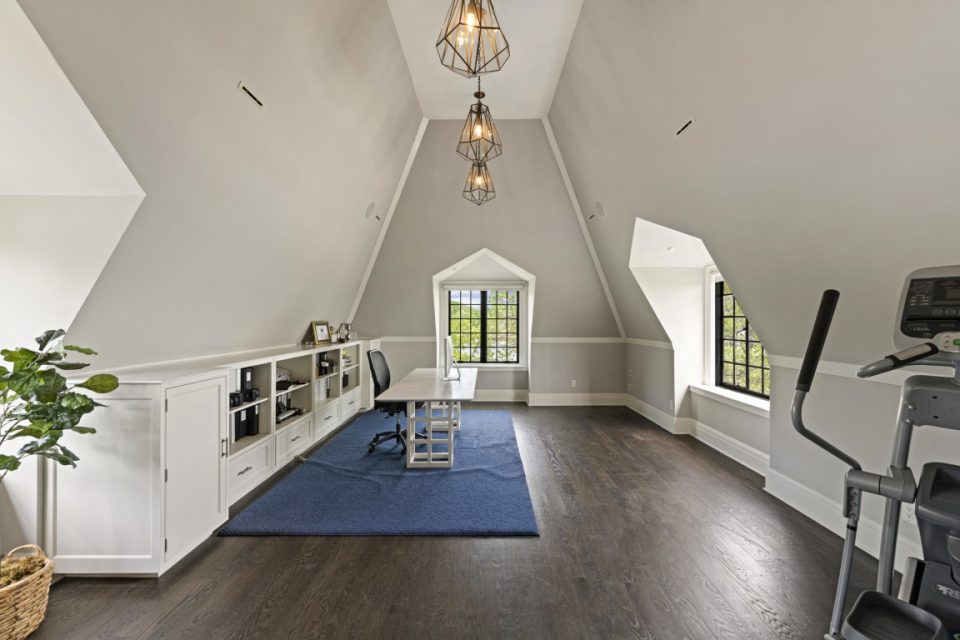 Even attic space has been turned into charming rooms. 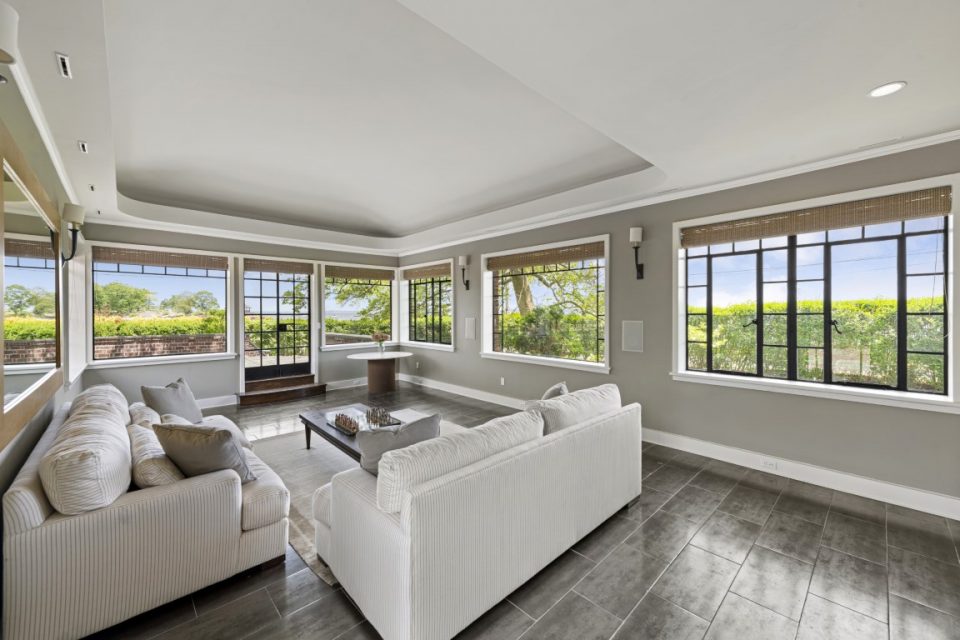 Another seating area is full of light and can capture the ocean breeze. 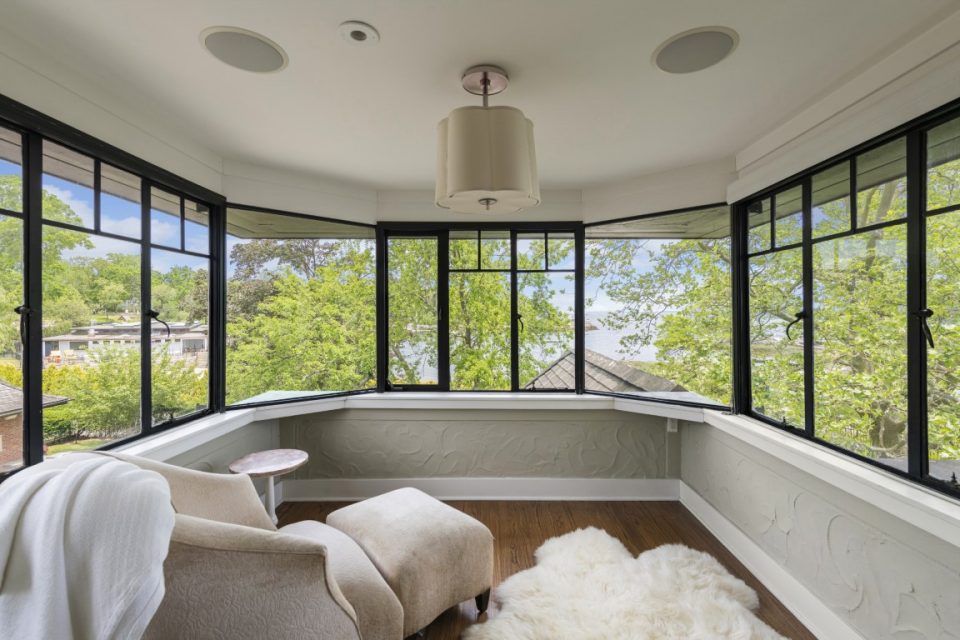 A sunny reading nook is just off the master bedroom. 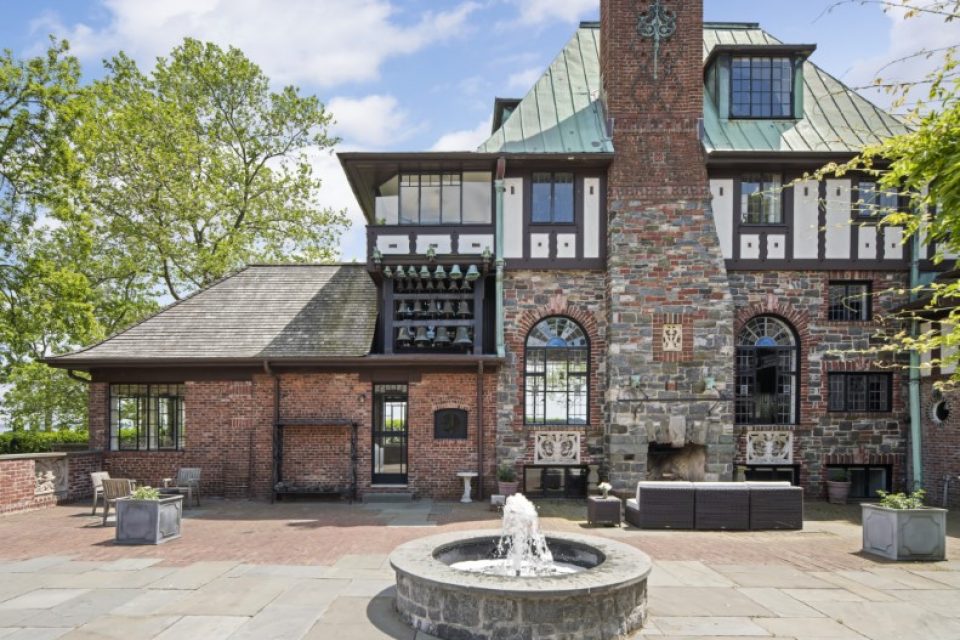 Summer entertaining is a breeze in the large courtyard and cozy by the fire in cooler months. 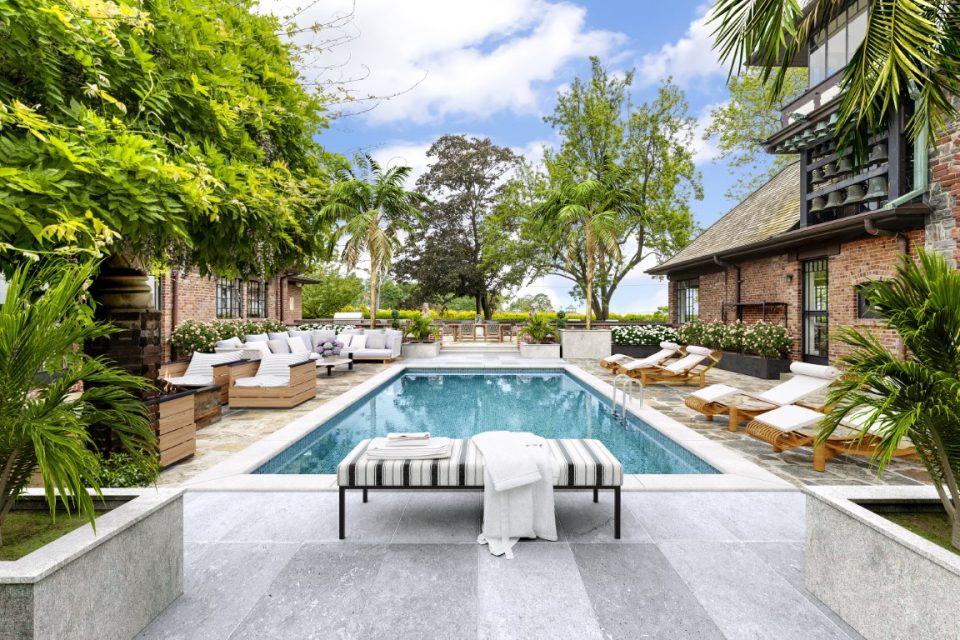 Although the pool is an artist's rendering, there is plenty of courtyard space for the addition.

The New York home where best-selling author Jean Kerr wrote Please Don’t Eat the Daisies is for sale at $5.495 million.  Kerr and her husband, Walter Kerr, theater critic for The New York Times, raised their six children in the home that was the setting for Jean’s 1957 book, Please Don’t Eat the Daisies. The book was later made into a movie starring Doris Day and David Niven.

The Please Don’t Eat the Daisies storyline runs very close to author Jean’s actual home life.  Kerr, with six children instead of the movie version of four, was married to Walter, who also, as in the movie, changed his profession from professor to theater critic. When the family outgrew their New York City apartment, in 1955 they moved to the suburbs in Larchmont, NY - about 20 miles from Manhattan. According to one of the couple’s sons, when they went to look for their new house, the one they wanted wasn’t possible to view, so they bought a house down the street.  Their family life in the home paralleled that of the characters in the book, including one of the children eating the daisies.

One of Larchmont’s most interesting and historic homes, the former Kerr house was built in 1901 as a stable and carriage house for the 45,000-square-foot Crocker family mansion whose patriarch, Judge E.B. Crocker, founded the Southern Pacific Railroad. In the 1920s, a new owner of the carriage house, Charles B. King, a Detroit auto pioneer, cleverly acquired 35 truckloads of decor from the Vanderbilt mansion in Midtown Manhattan when it was being demolished.  Some of these finds included a two-story fireplace, marble handrails and a spiral staircase that King included in the home’s transformation.

At 8,596 square feet, the Kerr house has big water views of Long Island Sound and Horseshoe Harbor, six bedrooms and seven baths, which was a perfect amount of space for the Kerr family of eight.  Only a 35-minute train ride into Manhattan with easy access for guests, its size and layout create many venues for entertaining and a quick commute.  Though the swimming pool is currently an artist’s rendering, the white sandy beach is only steps away from the front door.  Some outstanding features of the home include carillon bells from France, a hand-carved, wood-coffered ceiling in the formal living room with large arched windows, and hand-carved wood panels in the library.  The master suite is spacious with a fireplace, large windows with views over the cove and a reading nook with water-view windows on three sides.  The family room adjoins a chef’s kitchen, and the kitchen opens onto the large terrace, conveniently accessed for outdoor entertaining, lush gardens, and the home’s Mediterranean-style courtyard with fountain.

Jean Kerr was a prolific writer, including magazine articles, books, Broadway plays and film scripts, with the ability to describe life’s most mundane activities with an original sense of humor. Kerr outlived her husband by seven years and died at the age of 80 in 2003.

Larchmont is the third wealthiest neighborhood in New York and the 15th wealthiest in the country.  Celebrities who live there, such as film director Ang Lee, keep a low profile - with the exception of Joan Rivers, who grew up in Larchmont and often mentioned the area in her stand-up routine. 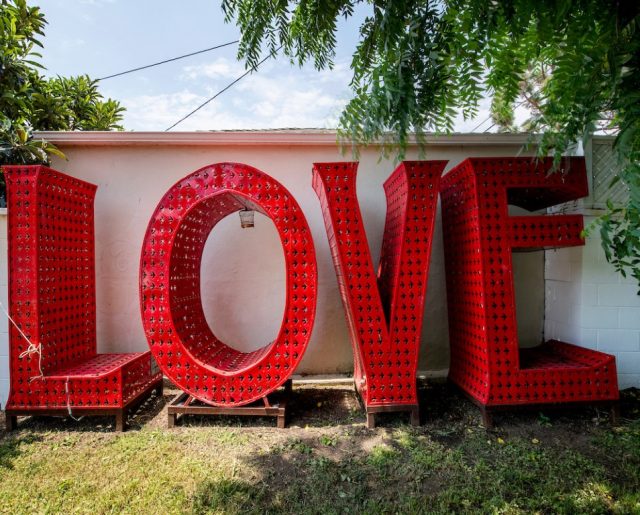 Burning Man 2021 kicked off their first-ever virtual event on August 22nd that ran through Labor Day.  While due to...Read More