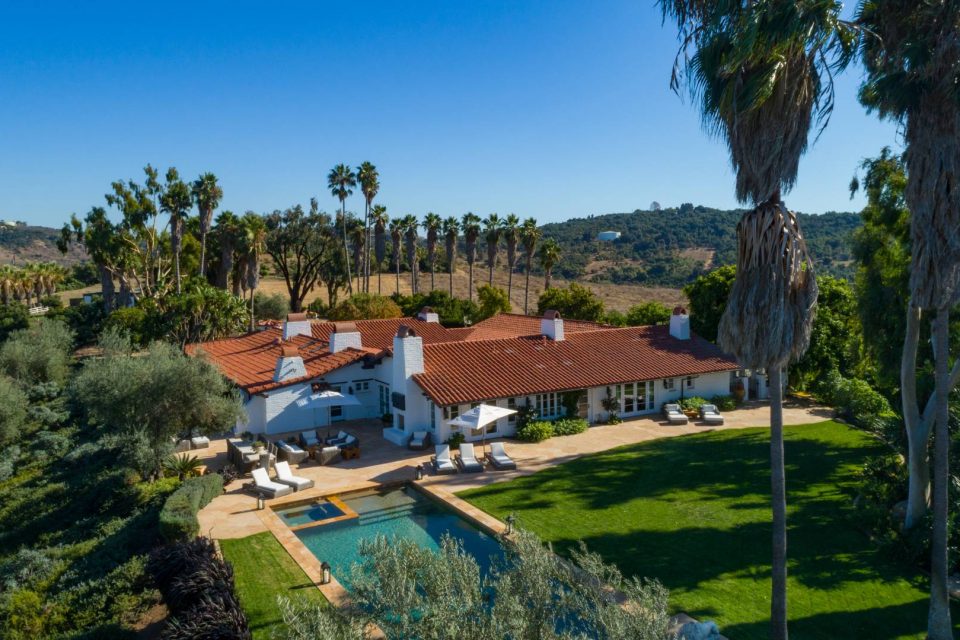 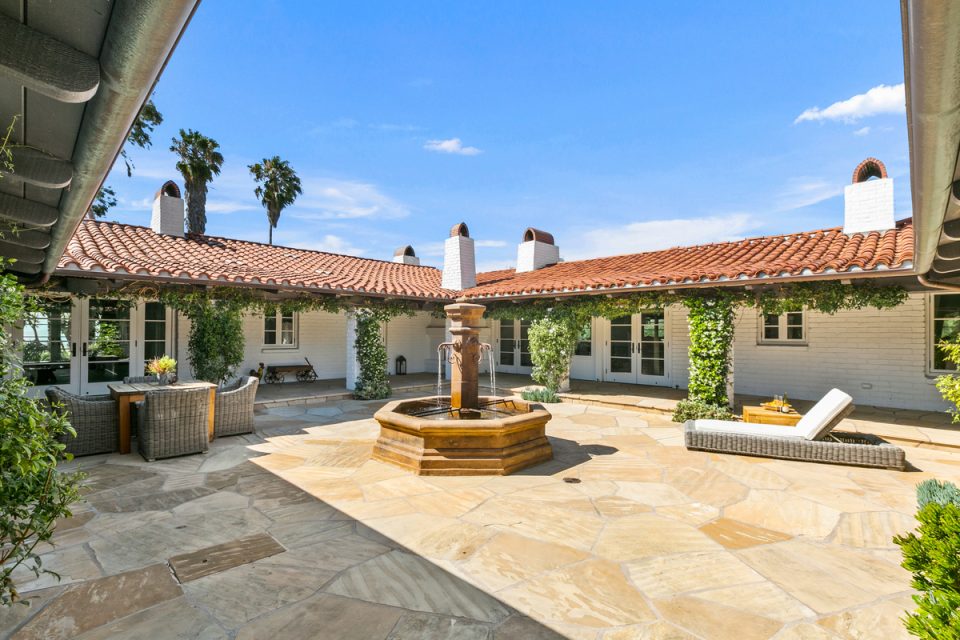 The main house surrounds a gorgeous courtyard with fountains. 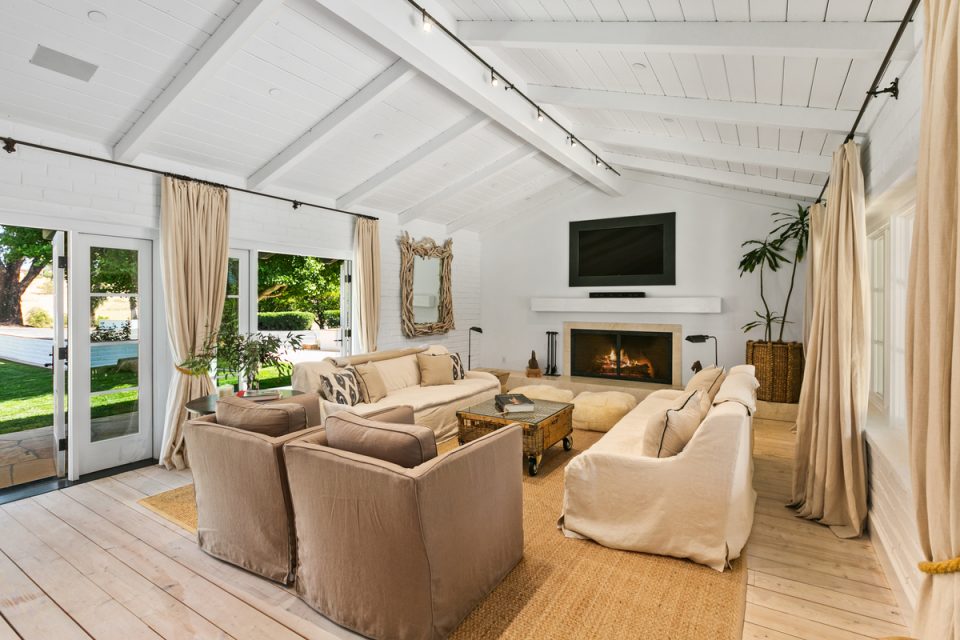 The living room features high beam ceilings and a fireplace. 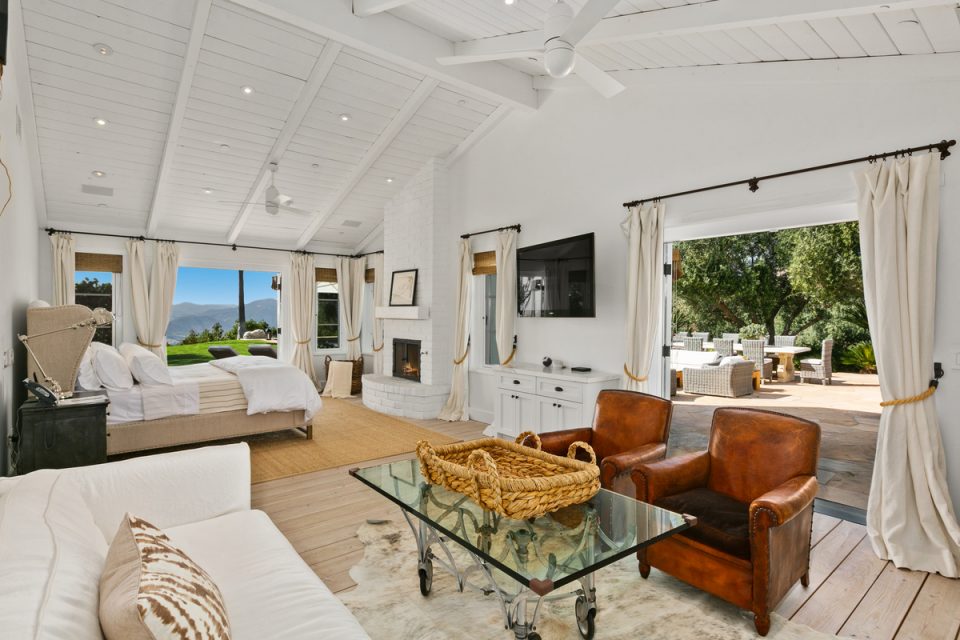 Every bedroom has a private entrance to the verandas. 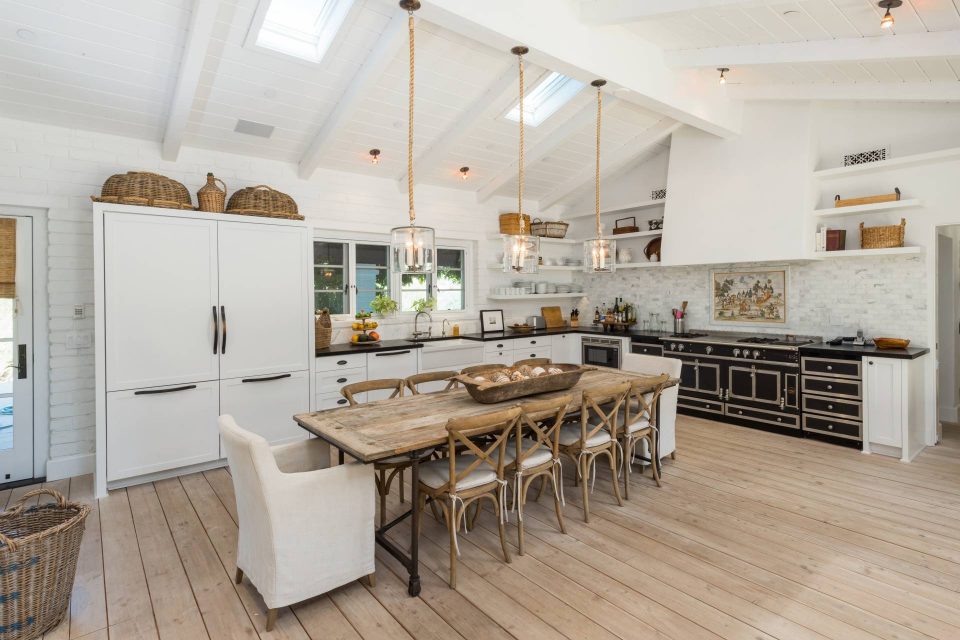 The gourmet kitchen has all the latest appliances. 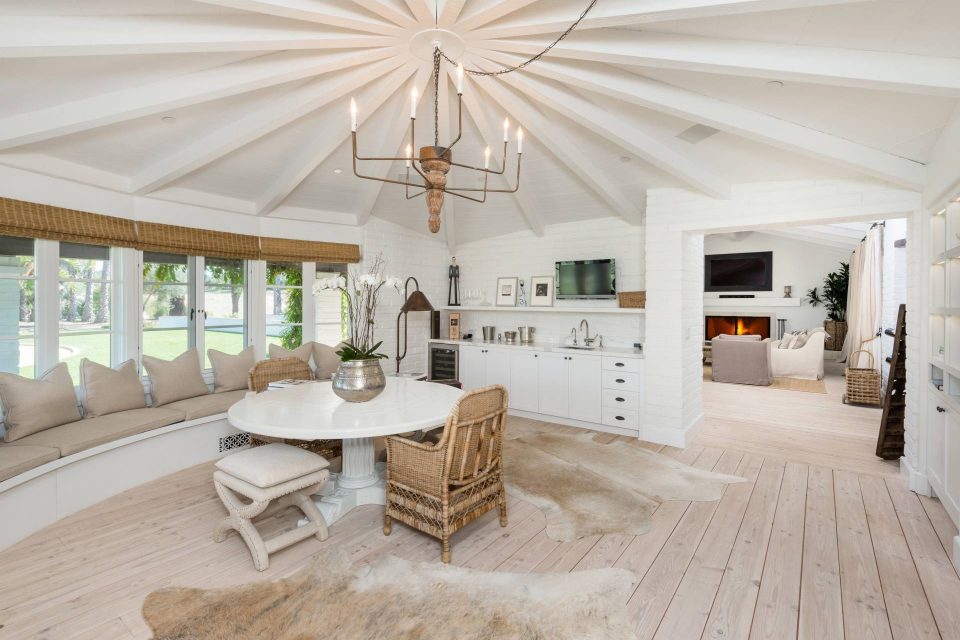 The charming house has a rustic but contemporary vibe. 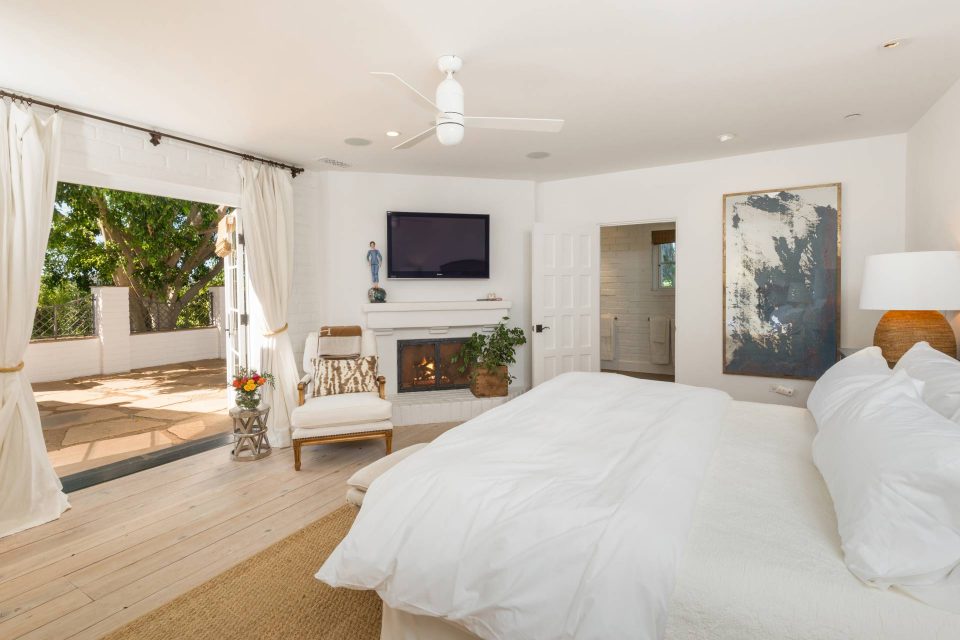 The 6,000 square-foot home has nine fireplaces. 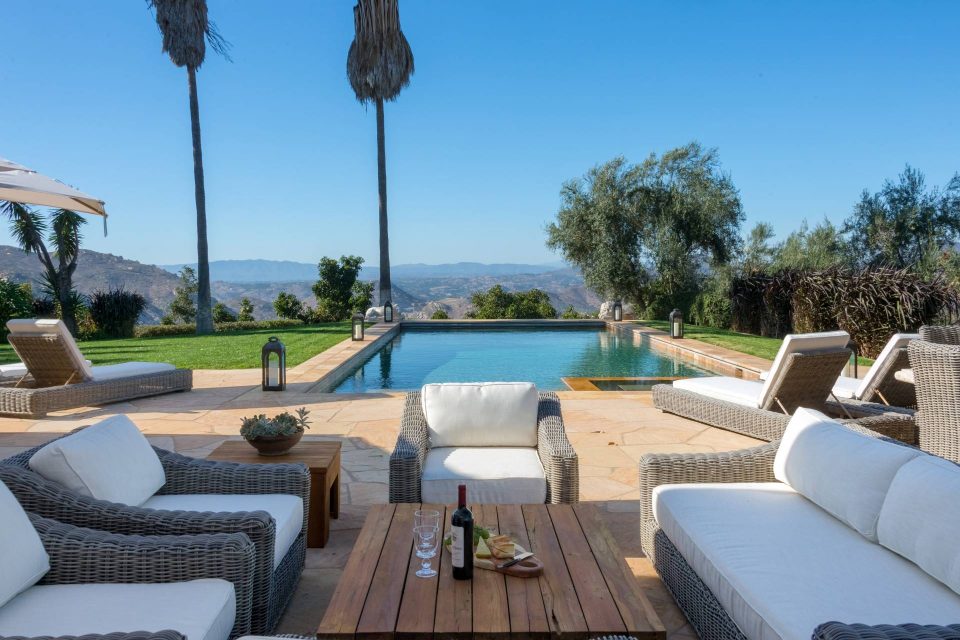 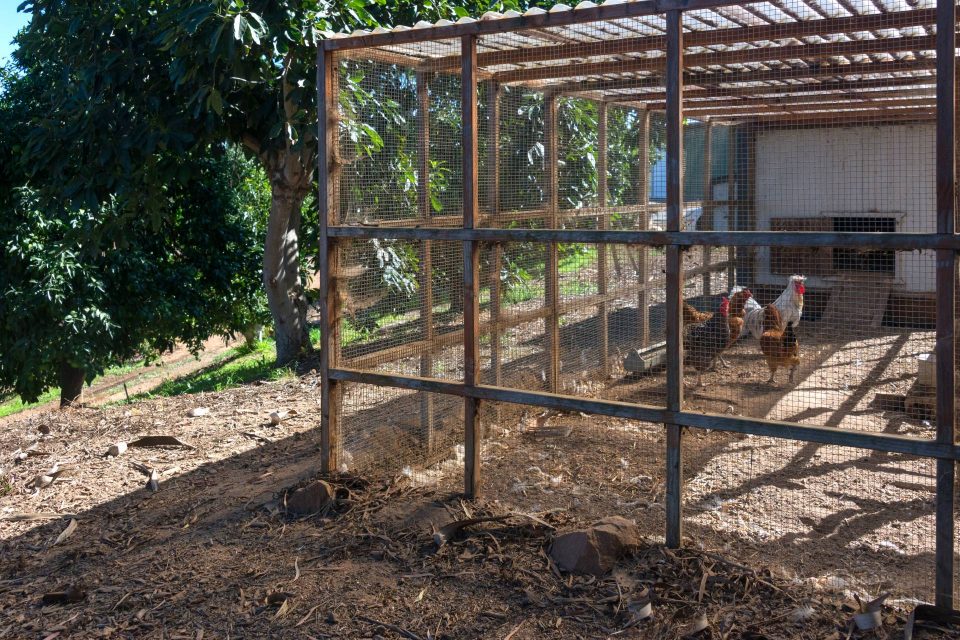 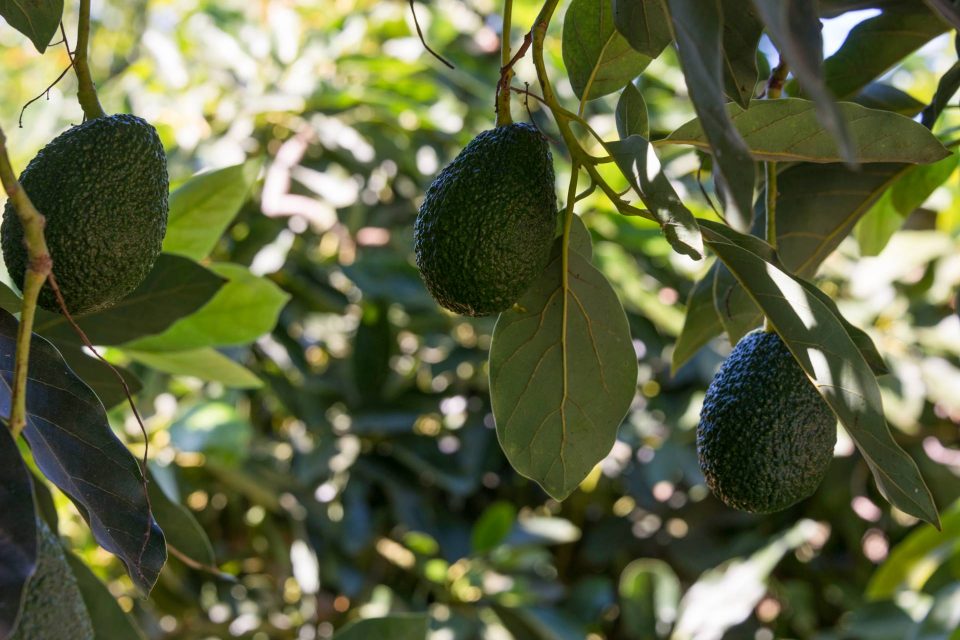 The avocado orchard is certified organic.

Named one of Time’s 100 most influential people in the world in 2010, actress Sandra Bullock has starred in numerous movie blockbusters, including comedies, dramas and action thrillers. Dubbed “America's sweetheart,” the versatile brunette has a star on the Hollywood Walk of Fame and took home the Oscar for Best Actress for the football classic The Blind Side. In both 2010 and 2014, she was the world’s highest-paid actress. She has starred in over 50 films, many of them huge commercial successes, including Speed, Miss Congeniality, and Ocean’s 8. Now a producer, her company, Fortis Films, has produced several of her star vehicles as well as other projects for television and streaming channels.

Bullock has channeled much of her A-list wealth into real estate ventures, having bought and sold homes in Los Angeles, New York, Austin, a Georgia Tybee Island home, and more across the states. She has just listed her stunning 91-acre compound in San Diego for $6 million. The property, which the actress purchased for $2.75 million in 2009, includes hundreds of olive, avocado, and citrus trees, a gorgeous adobe hacienda, a detached guesthouse, luscious floral gardens and a charming walk-in chicken coop.

The nearly 6,000-square-foot house sits on top of a hill, offering 360-degree views of the serene surrounding landscape. Built in 1990 and completely renovated, the home has rustic touches but a contemporary aesthetic. High-beam ceilings, crisp white walls, and an abundance of French doors offer excellent airflow and natural light. The gourmet kitchen features soapstone counters and an Italian marble backsplash with an inlaid mosaic, plus top-of-the-line appliances. The stylish library features one of the home’s nine fireplaces and lighted shelving. Each of the four spacious bedrooms has its own en-suite and private entrance from the home’s several flowing verandas. The primary suite is truly impressive, with an adobe fireplace, spacious lounge, jetted tub, steam shower, and private access to the pool.

The sunny, heated saltwater pool includes an outdoor entertainment zone with a gas outdoor fireplace, a big-screen TV, and a pool room. The gorgeous grounds feature an iron-gated central courtyard with a fountain and a beehive, a certified organic avocado orchard, and numerous other fruit-bearing trees. The three-bedroom, two-bath guesthouse includes a fireplace, gazebo, and spa. The gated compound is protected by security cameras and enhanced by a smart home system, while other high-tech features include solar panels and an electric car charging station.

Valley Center is a rural community north of San Diego, best known for its Memorial Day Stampede Rodeo and Independence Day Western Days Festival. Other options for entertainment include the Hellhole Canyon Preserve, which offers 13.5 miles of hiking trails, and the Harrah’s Resort Southern California Casino. The bucolic community has played host to celebrities from the golden age of Hollywood to the present, including Fred Astaire, auto tycoon John Delorean, Mae West and John Wayne.

The listing is held by Alan Long of Avenue8. 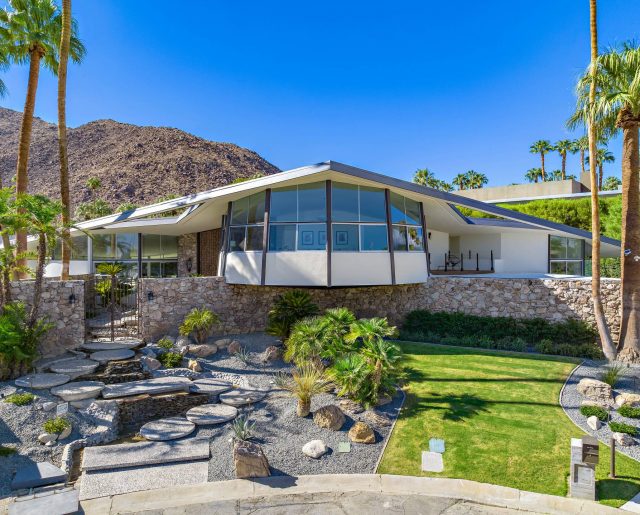 A Palm Springs home made famous as both the Look magazine “House of Tomorrow” in 1962 and Elvis Presley’s honeymoon...Read More