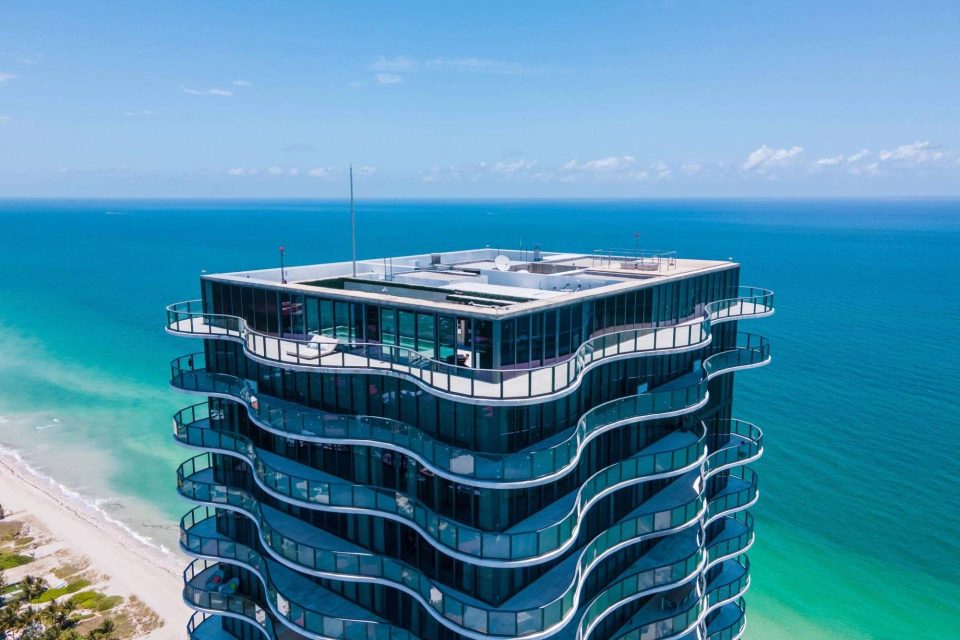 The condo development frenzy of the early 2000s saw the demolition of the family-oriented motels that lined both sides of A1A for decades. 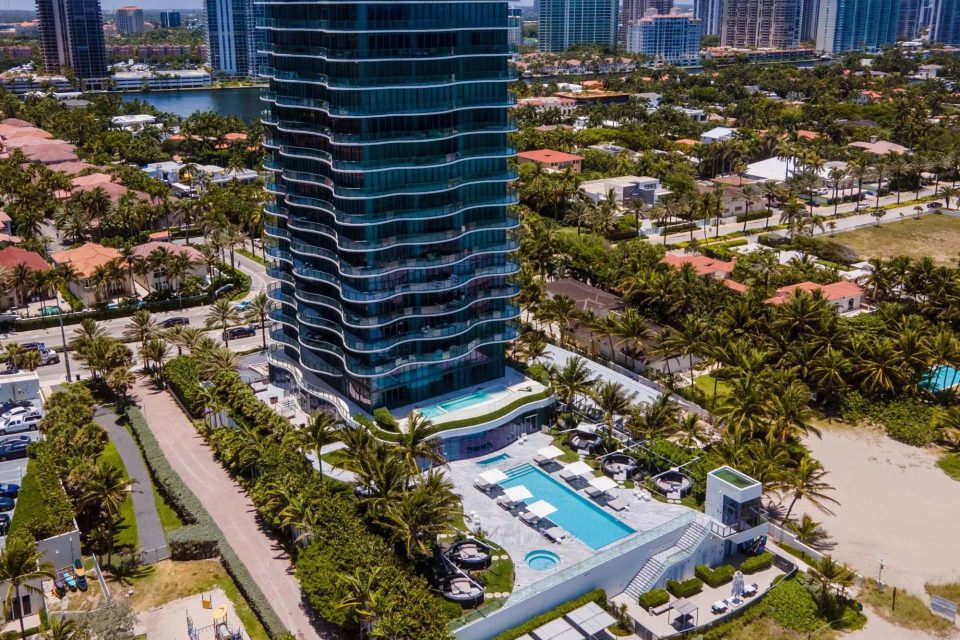 They were torn down and replaced with a line of glitzy highrise condos with their fancy penthouses that began to dominate the skyline. 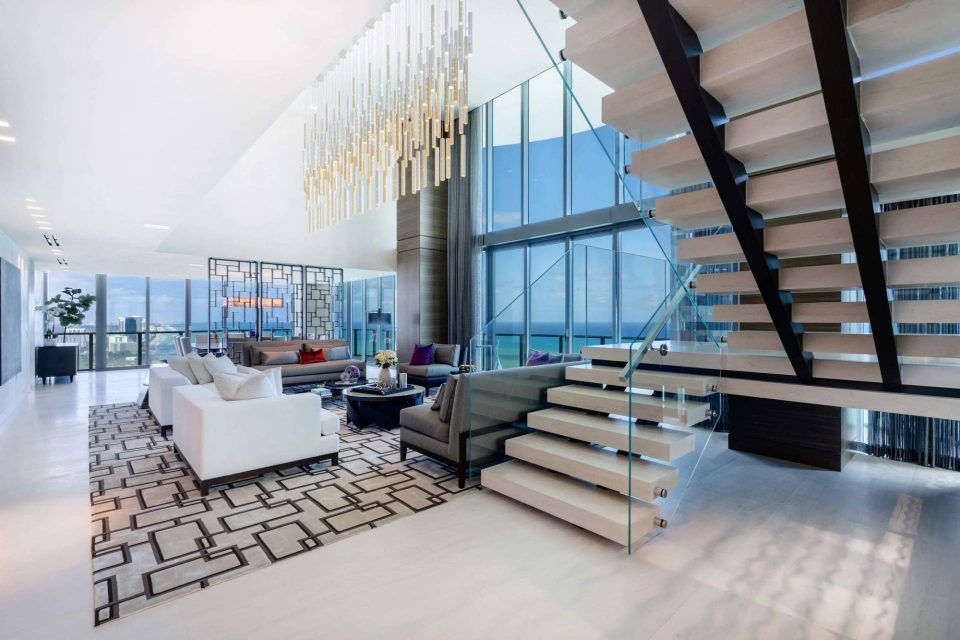 One of the most glamorous of the penthouses is Regalia. 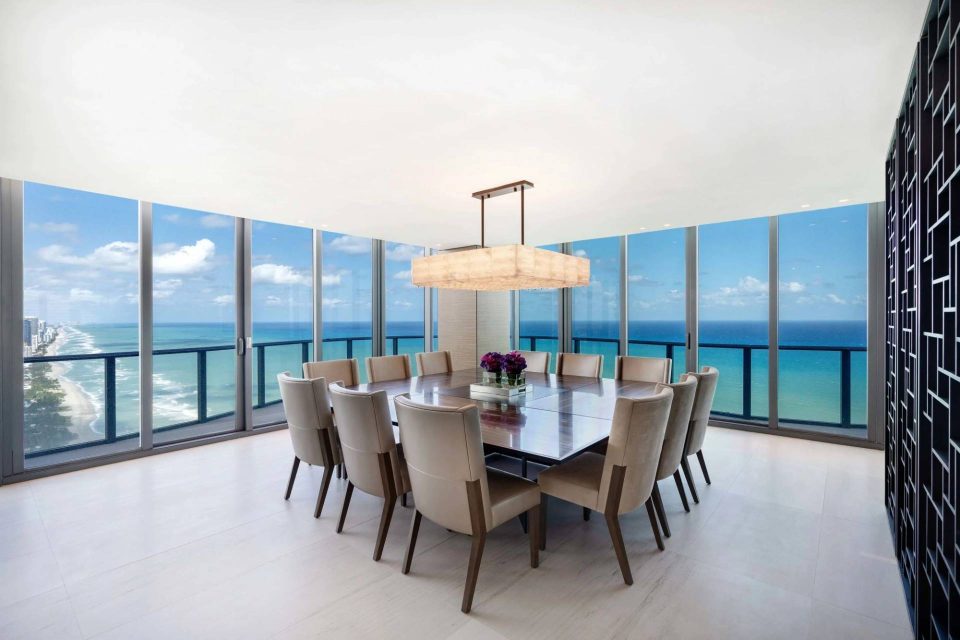 Hard to concentrate on food when there are such views to be admired. 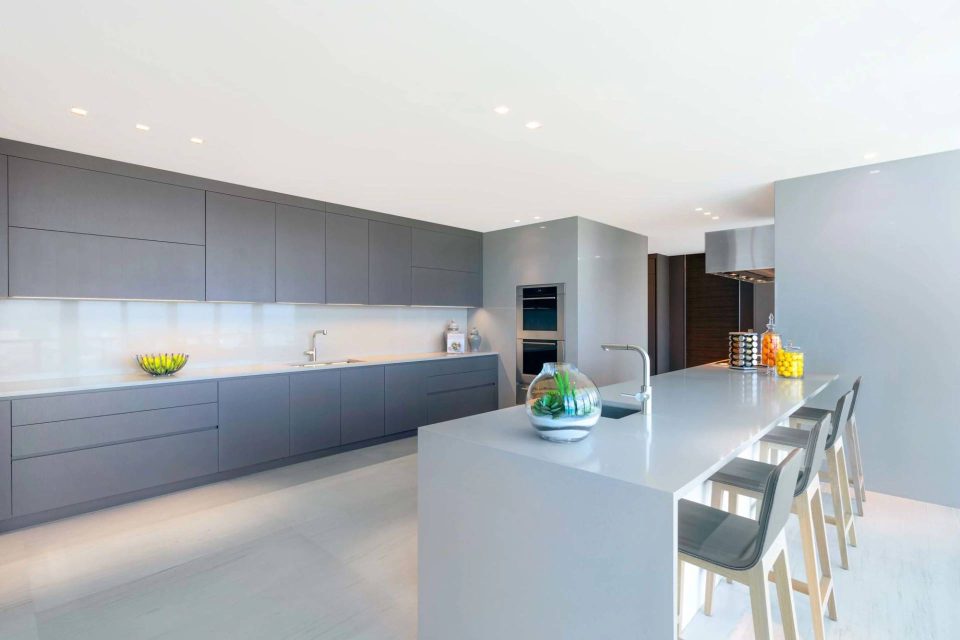 The kitchen is svelte and expansive. 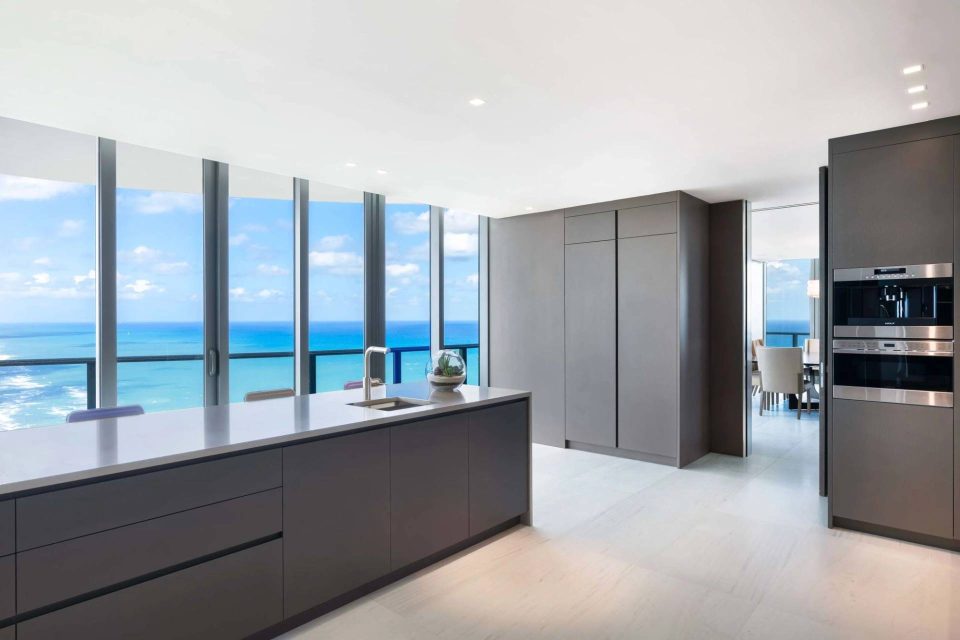 All chefs enjoy a great view while preparing meals. 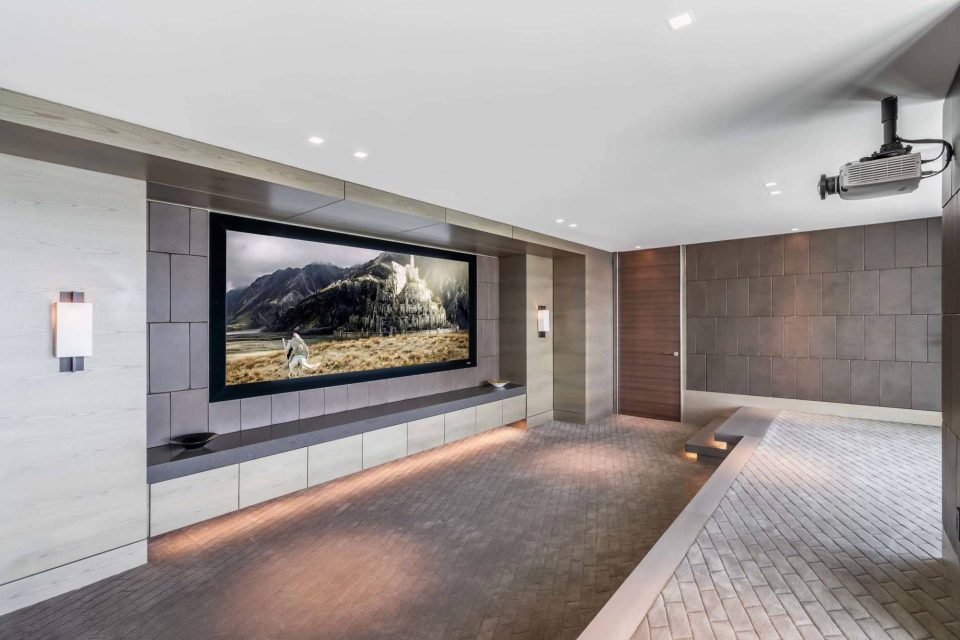 The media room has enough space for all family and friends. 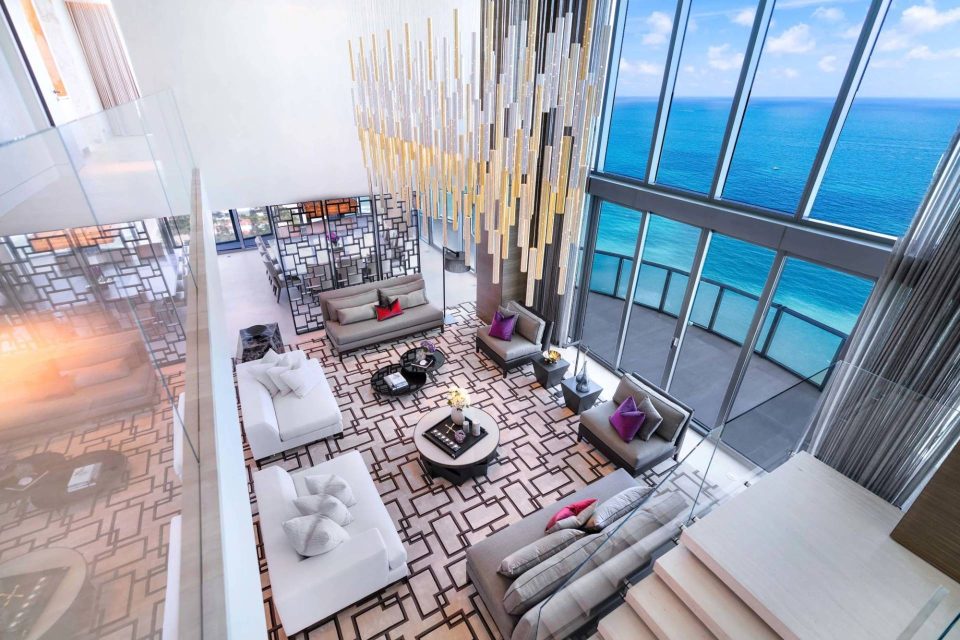 The upper level view over the great room is impressive. 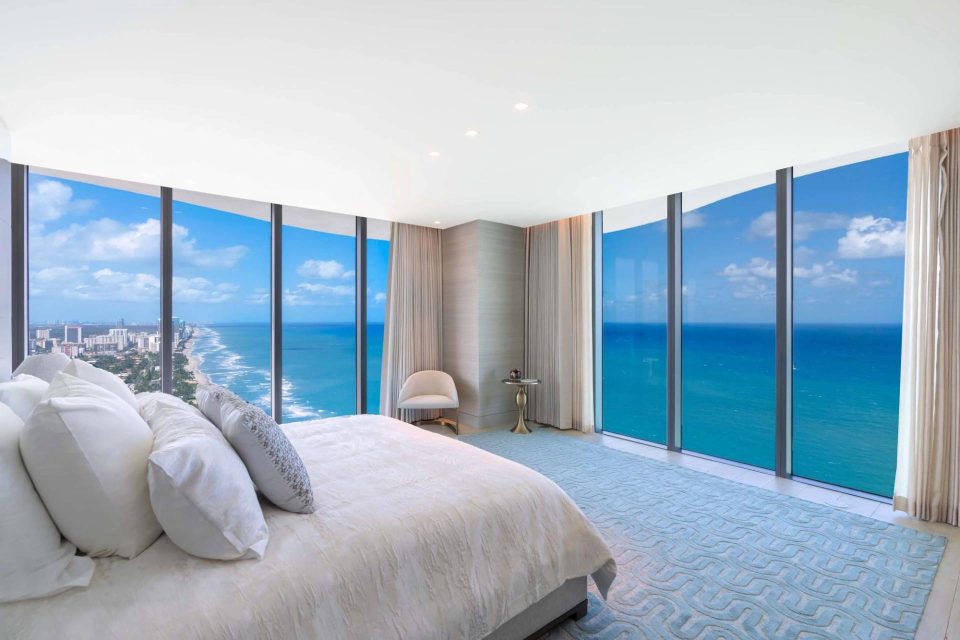 Wake up with the sunrise. 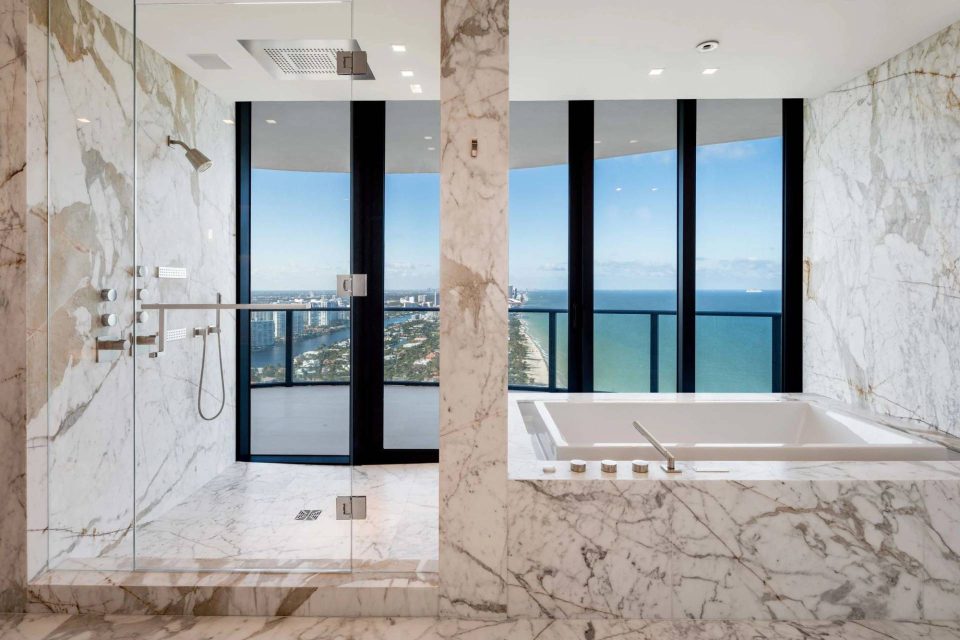 Spa day is made better with dreamy long distance views. 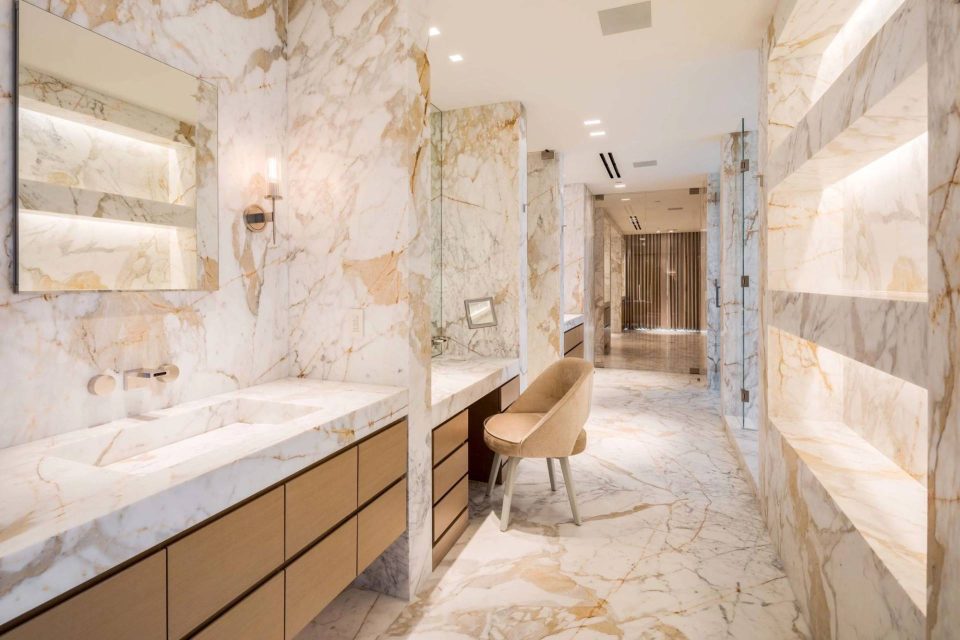 The luxurious master bath has all the amenities. 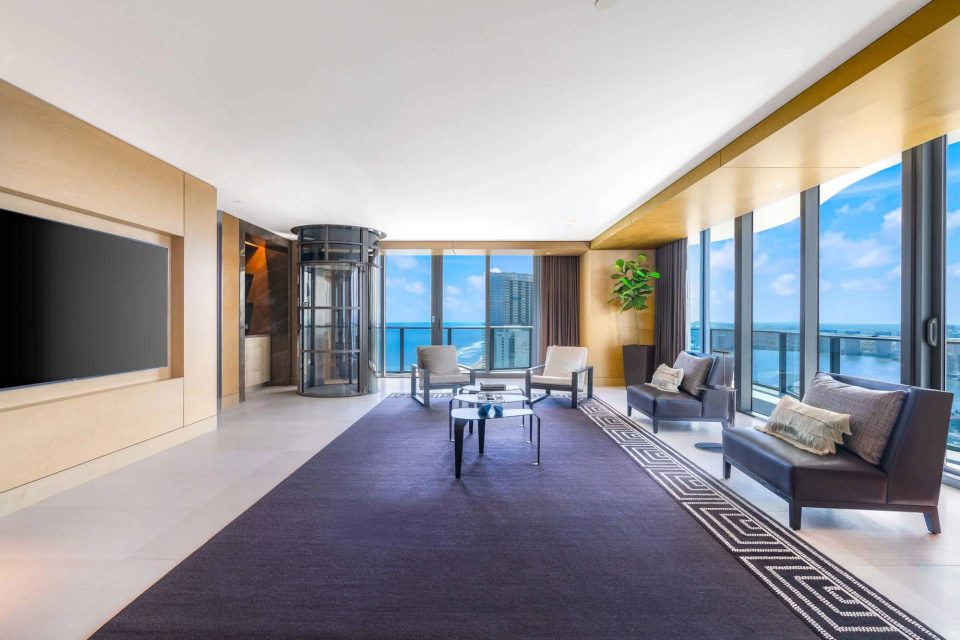 The glass elevator also opens in the media room. 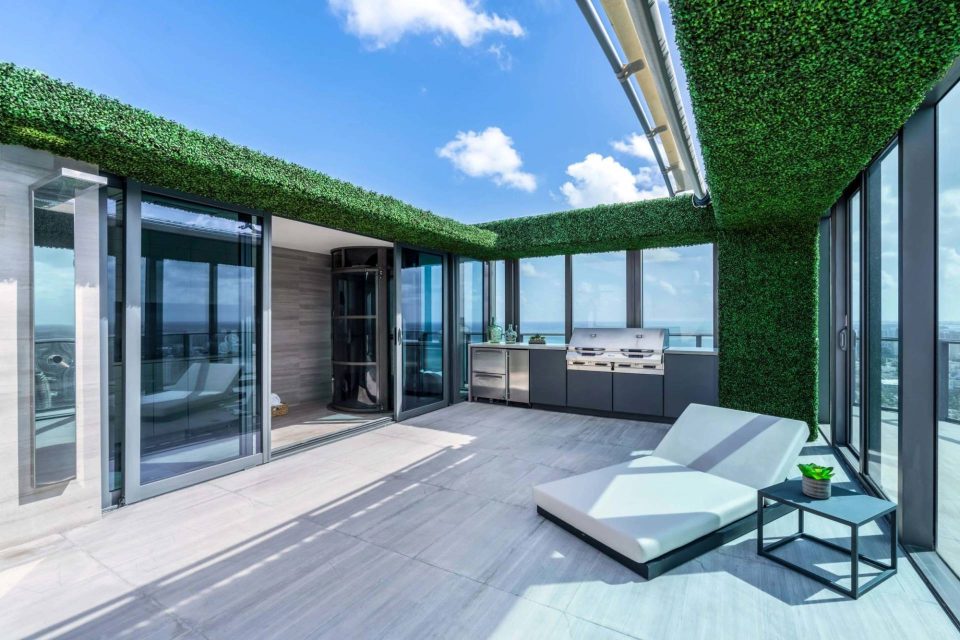 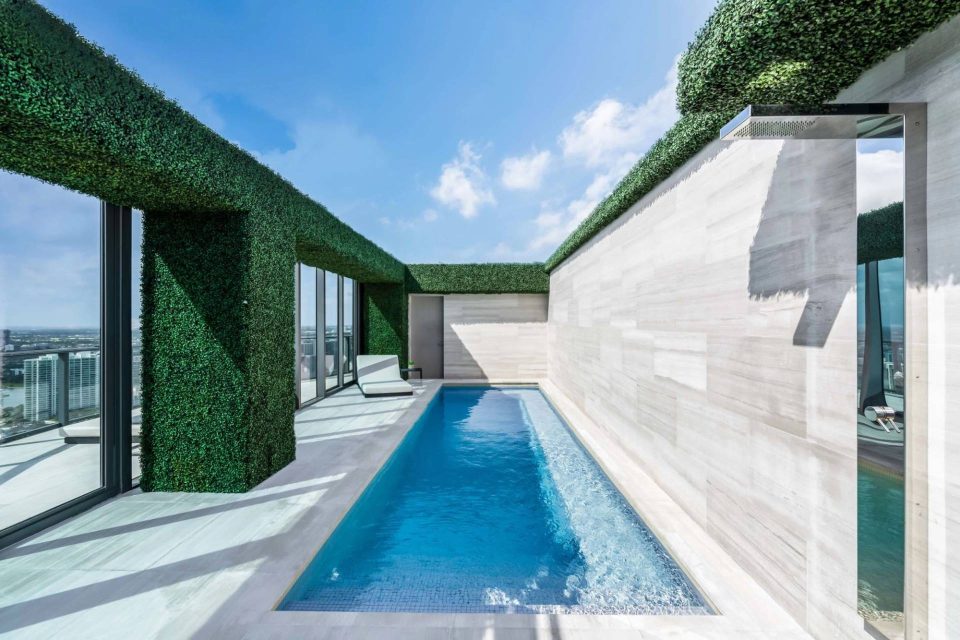 Swim laps or just cool off in the private rooftop pool. 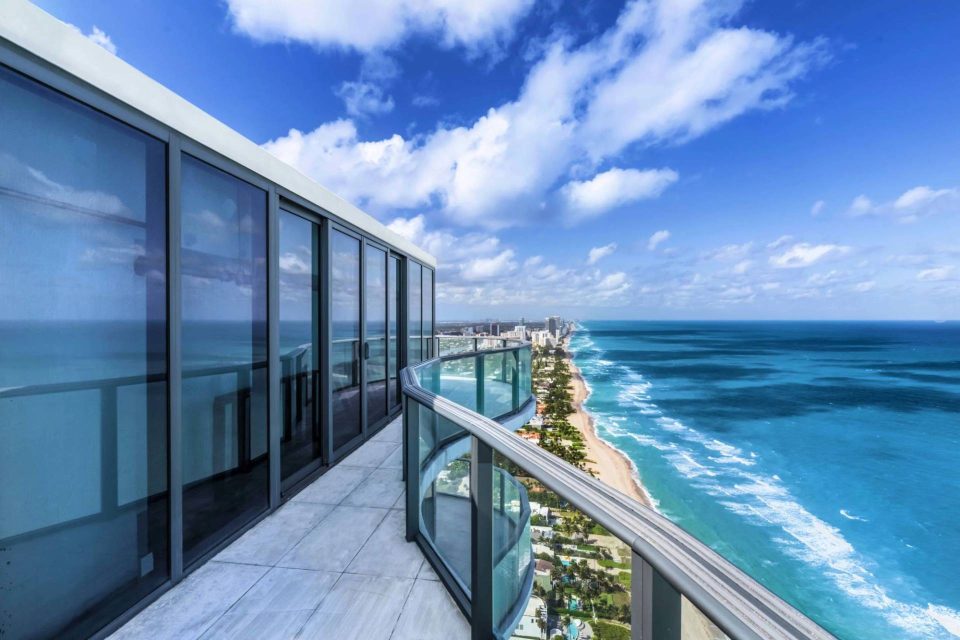 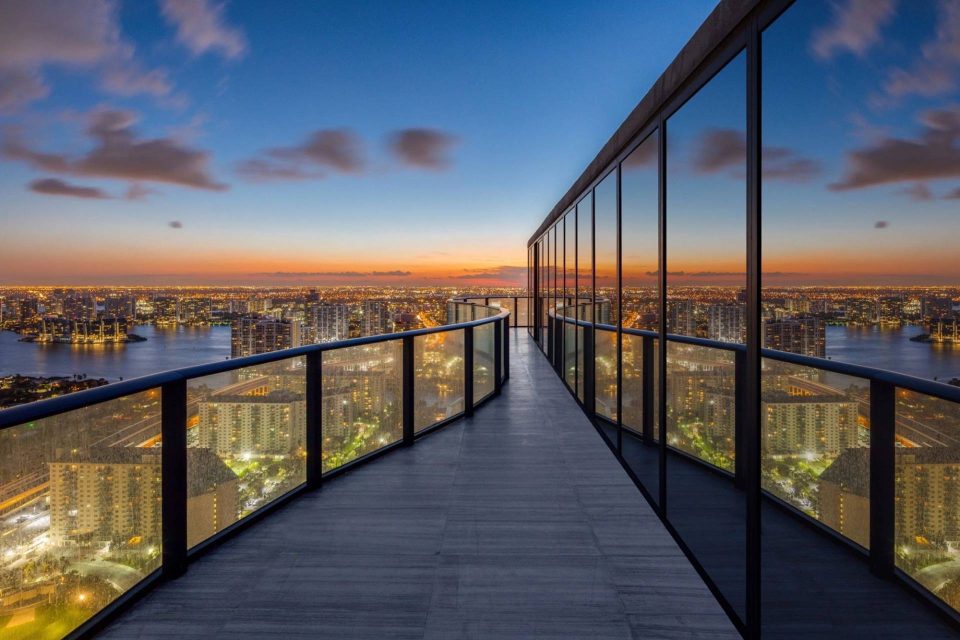 From sunrise over the Atlantic to sunset in the west, the views from the penthouse are stunning.

Well known to baby boomer families in the 1950s and ‘60s, who were heading to their annual South Florida beach vacations, were the family-friendly motels that lined A1A,  just north of Miami Beach. During the post-World War II years, more than 30 motels sprang up along A1A in what is today known as Sunny Isles Beach, located between  long stretches of Miami and Fort Lauderdale condo highrises. These were the colorful motels with their quirky decor, hoping to catch the eyes of tourists, and especially, their kids. Motels such as the Sahara, Driftwood, Waikiki and Castaway with their pirate, desert and cartoon-character themes welcomed the families to their beach vacations. The fiberglass camels, pyramids and chariots that loomed large over the highway motels were often as much a highlight of the family vacation pictures as were the actual beach photos.

Motel Row is now gone, the condo development frenzy of the early 2000s saw the demolition of the family-oriented motels that lined both sides of A1A for decades.  Torn down and replaced with a line of glitzy highrise condos with their fancy penthouses that began to dominate the skyline: The Pinnacle, Acqualina, Trump Palace, Jade Ocean, and the Trump Towers I, II and III. Long gone are the casual lodgings where kids could run in and out with sandy feet whooping and hollering.  One of the most glamorous of the penthouses is Regalia, now going to auction on December 16th. Regalia was built in 2016 on the site of a 1960’s-era Holiday Inn that advertised on their iconic sign that it was air-conditioned with free television, a restaurant and a cocktail lounge. Regalia was originally priced at $39 million, now listed at $25.5 million.

Regalia’s curvaceous design of undulating balconies is reminiscent of gentle ocean waves. Its three-story penthouse, encompassing over 15,000 square feet of indoor-and-outdoor living space, has six bedrooms and nine baths - enough space so that an owner may only see their stayover guests for an evening cocktail, or on the beach. Of the three floors, the first and roof floors have 360-degree views of the ocean, Intracoastal and Miami skyline, while the second floor has 270-degree views.  With walls of glass and tall ceilings, the building materials chosen are of the highest quality as seen in the million dollars of Calacatta marble used extensively throughout.  Access to the floors is by glass elevator or the floating grand staircase.  The master suite has elaborate dual baths with a couples’ jetted tub.  The dual closets each contain a safe.  The rooftop amenities include a sun terrace, private pool and summer kitchen and the roof level inside has a wet bar and full bath. Regalia is selling fully furnished.

Sunny Isles Beach has come a long way from the family motels that used to dot its shore, but the location is still conveniently accessible to downtown Miami, South Beach, two major airports, Fort Lauderdale and the Palm Beaches. 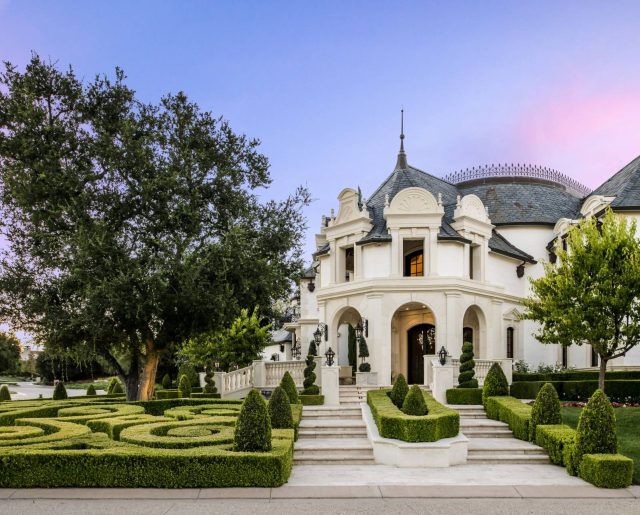 Kourtney Kardashian first came to prominence with her reality show Filthy Rich: Cattle Drive in 2005 and has been an...Read More