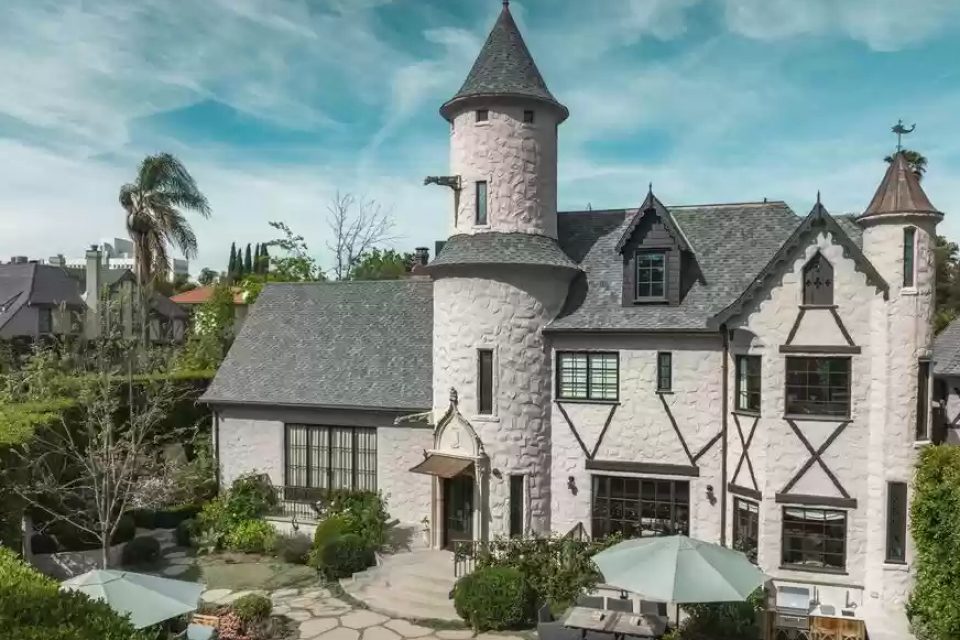 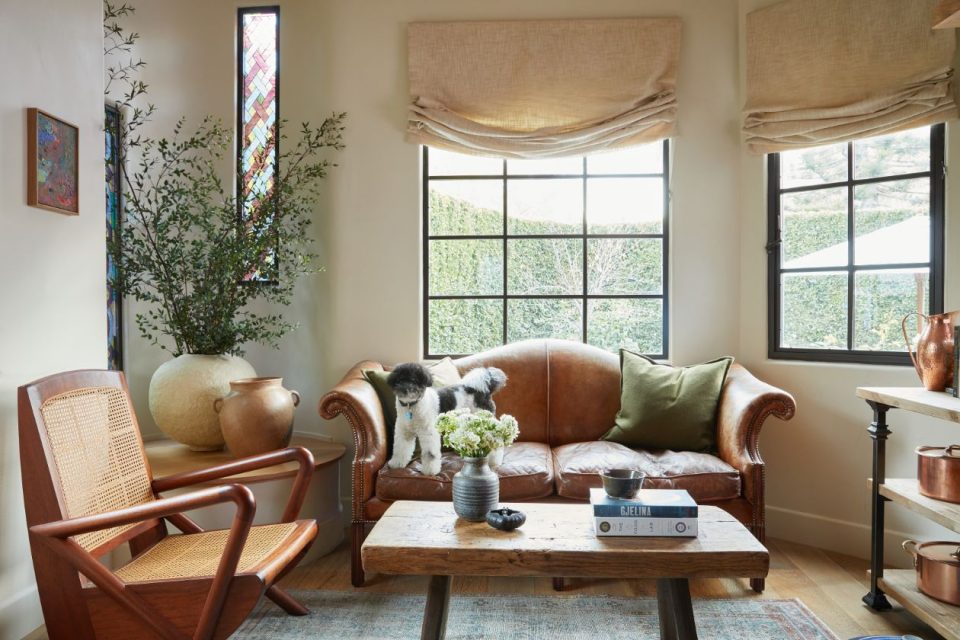 The living room offers plenty of space to entertain. 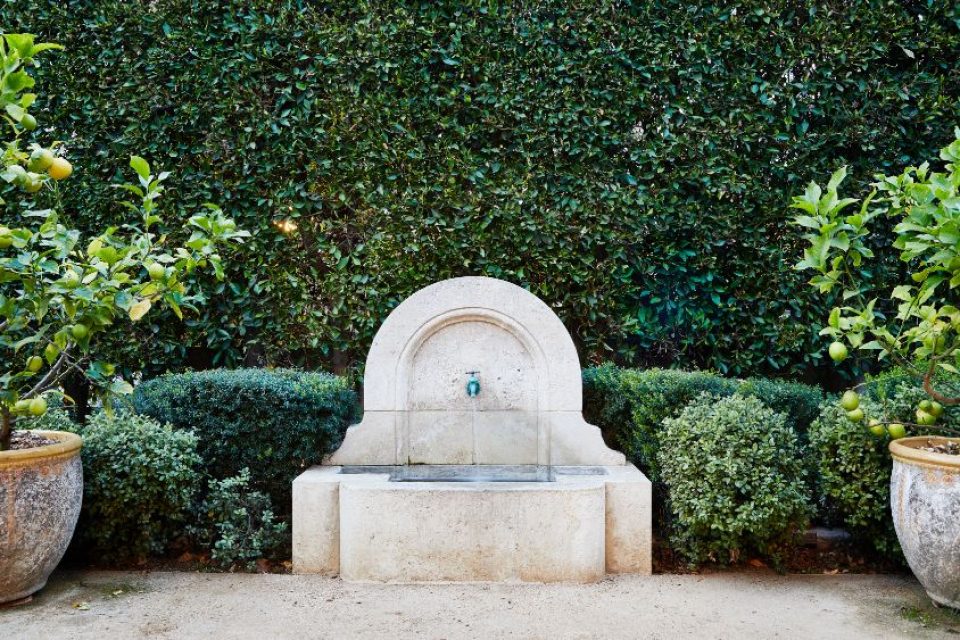 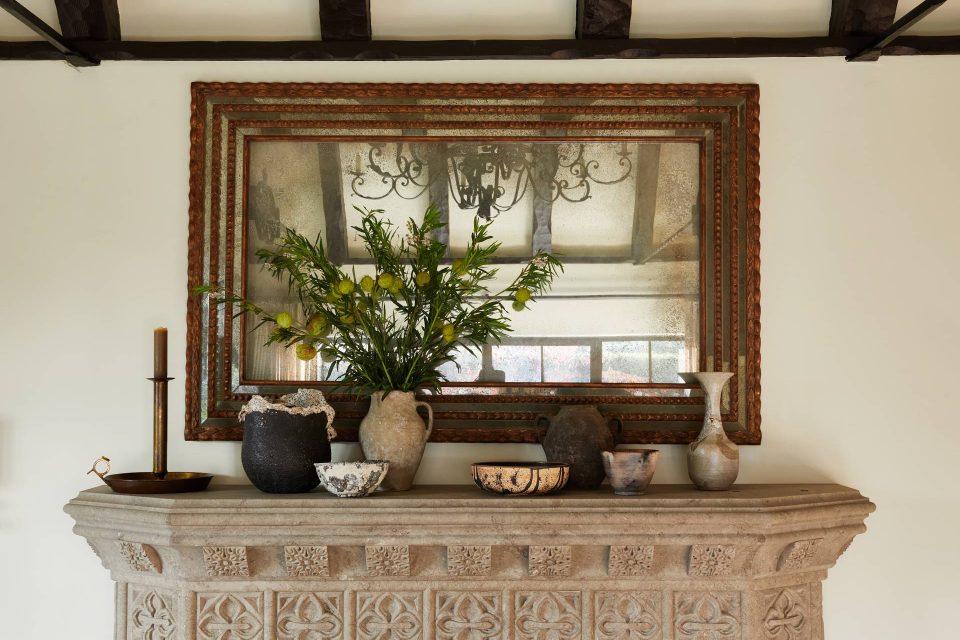 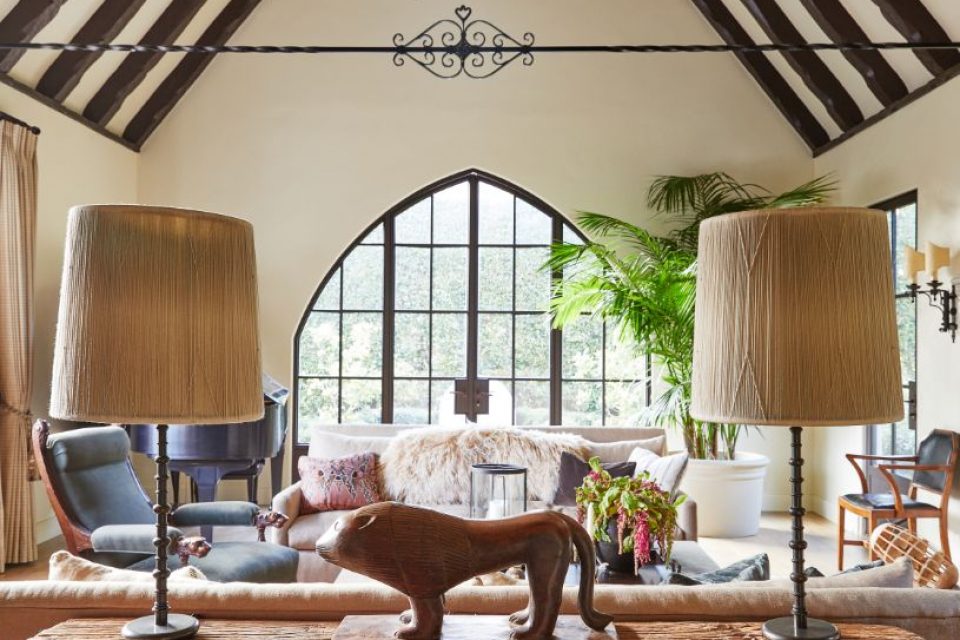 The vaulted ceilings are the centerpiece of the dramatic space. 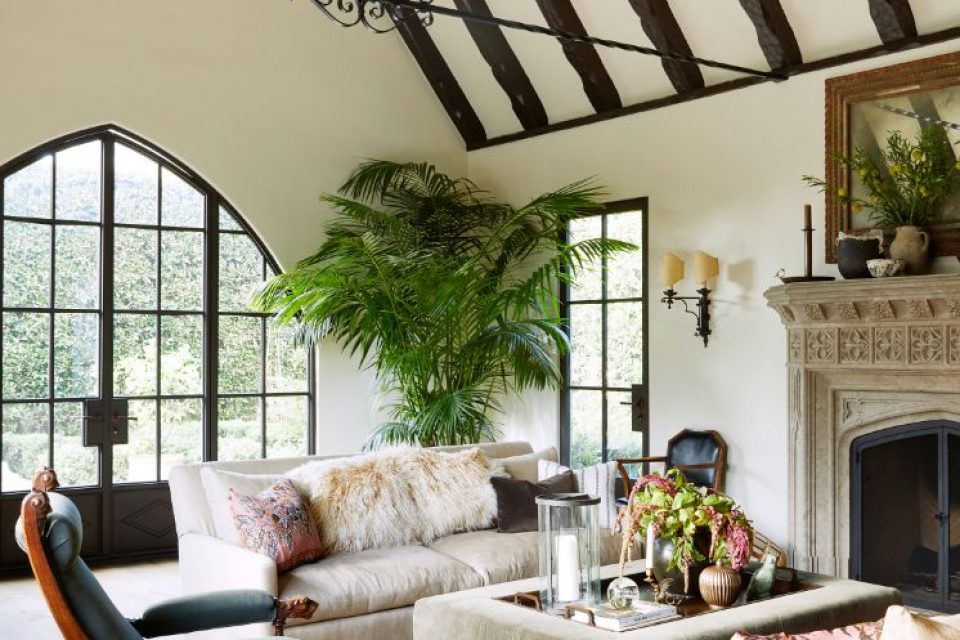 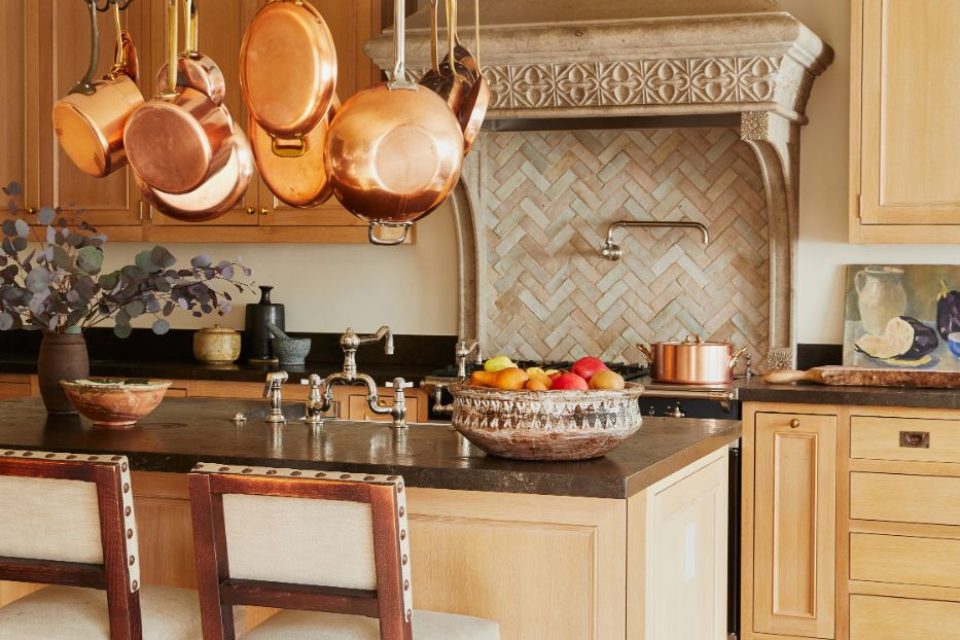 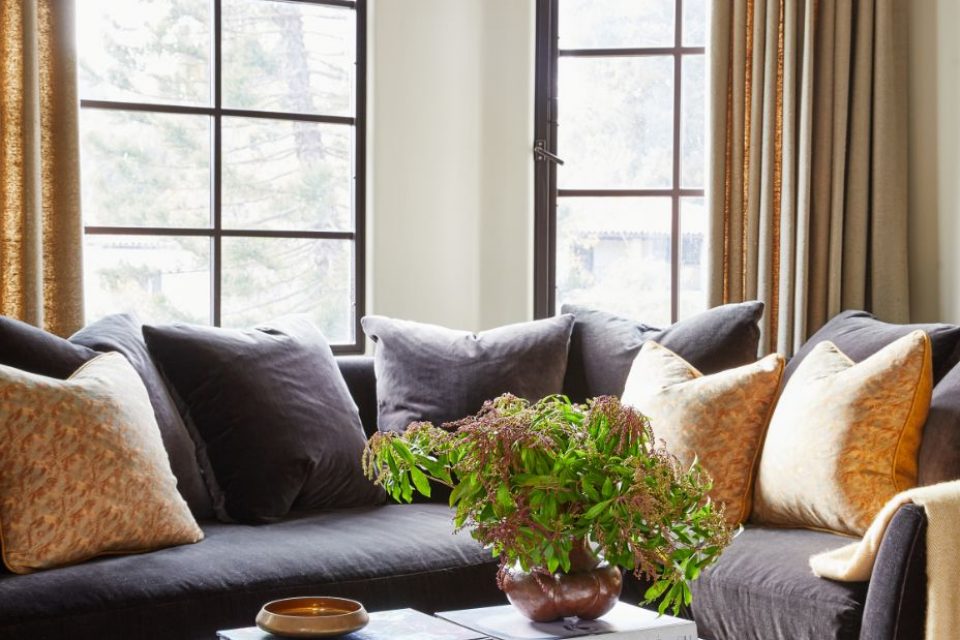 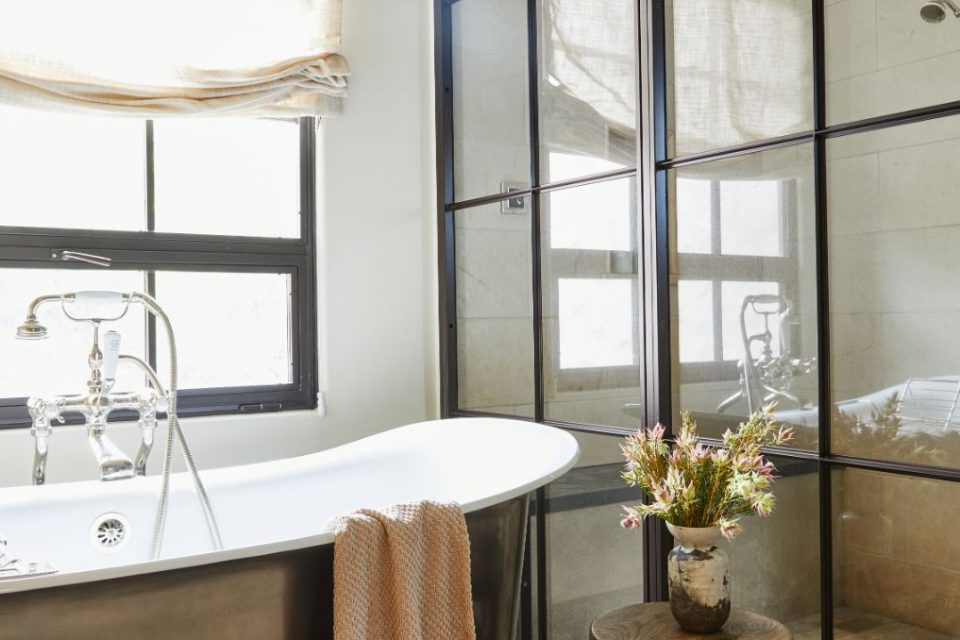 The bathroom is classy and chic. 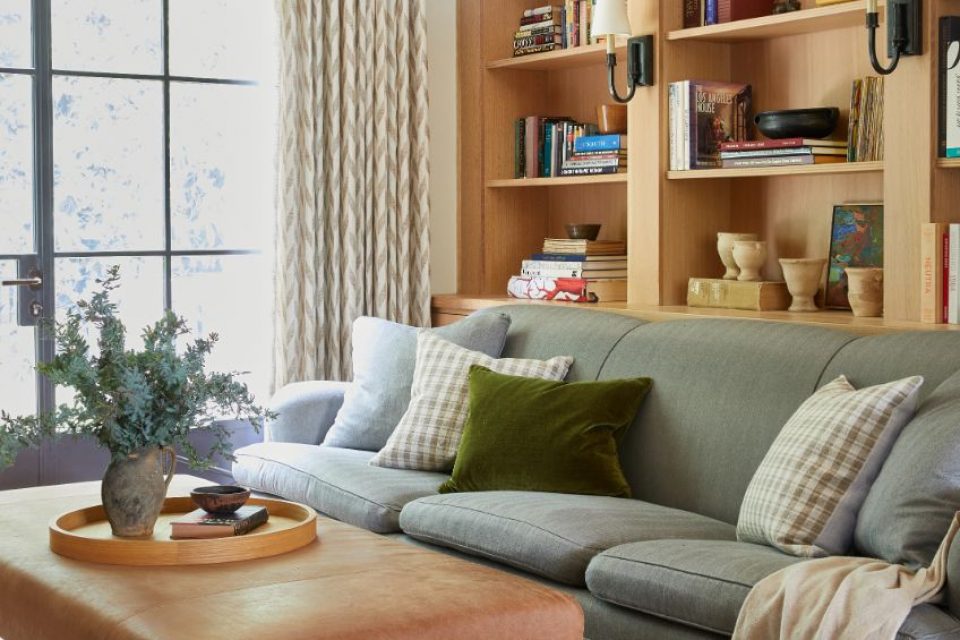 the home has been completely renovated for sleek contemporary glamour. 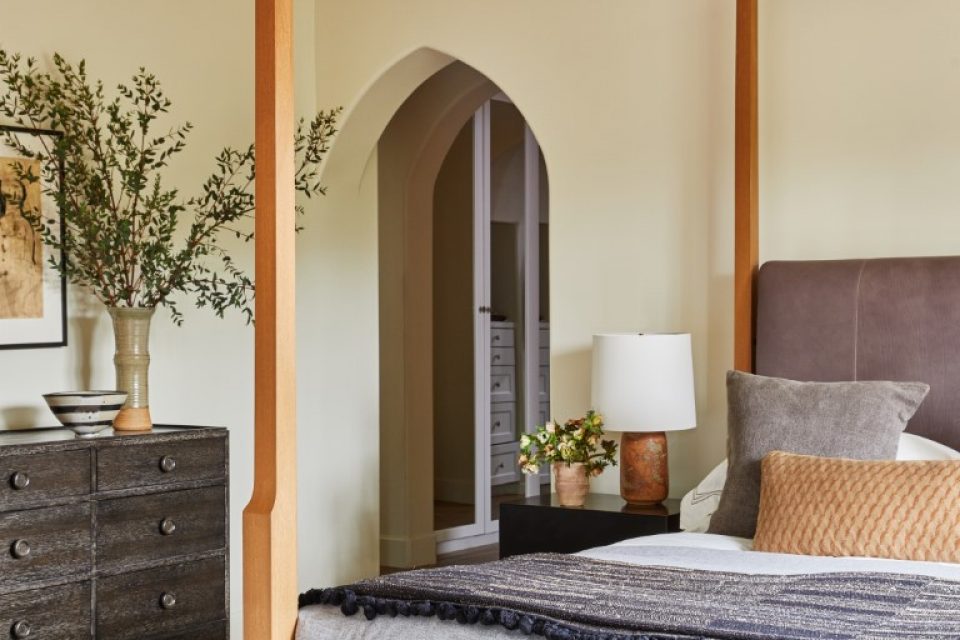 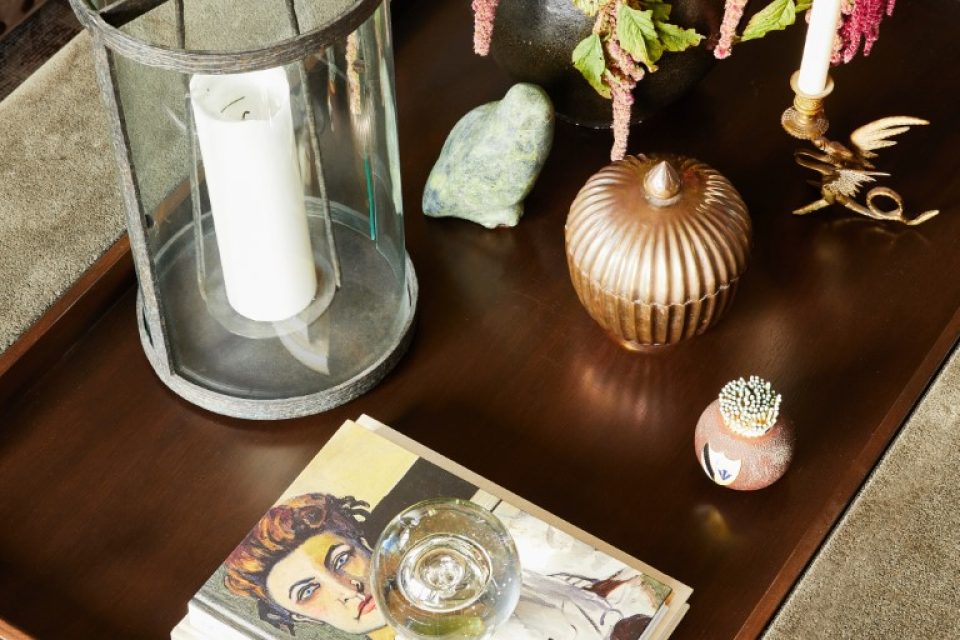 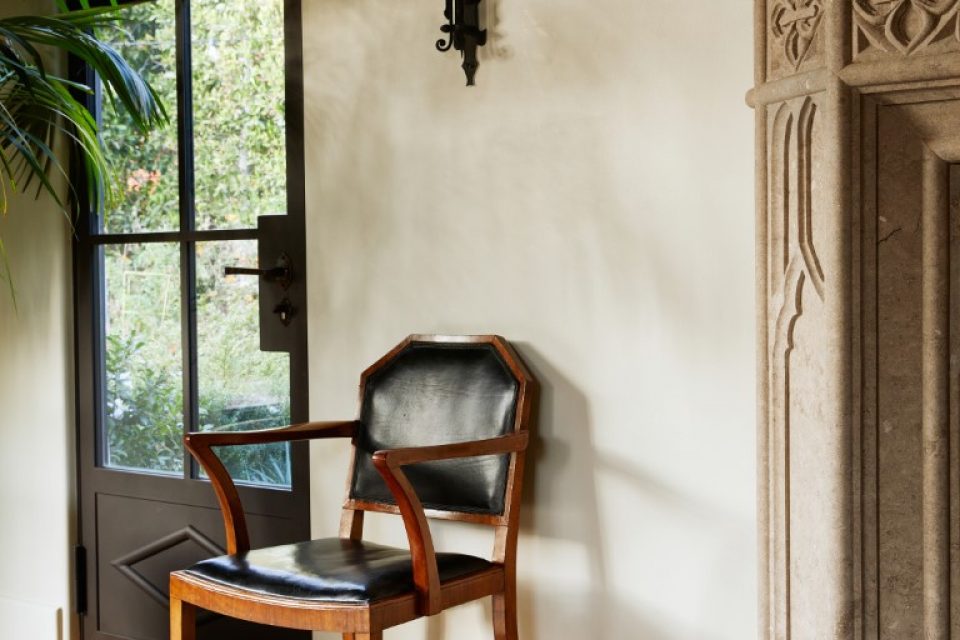 A single chair by the doorway is a comfortable spot to remove one's gardening shoes. 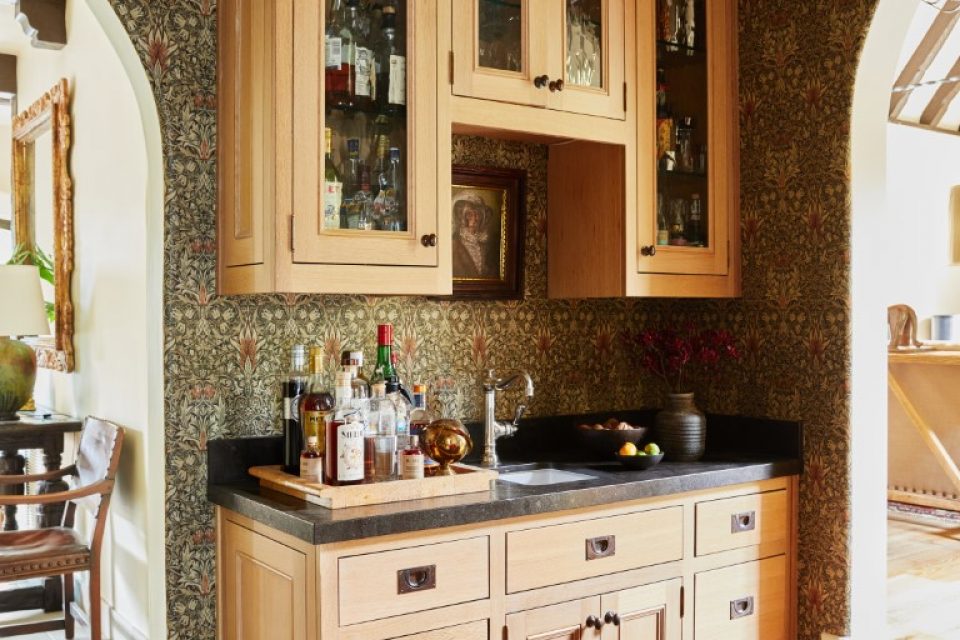 A well-outfitted bar is always ready for guests. 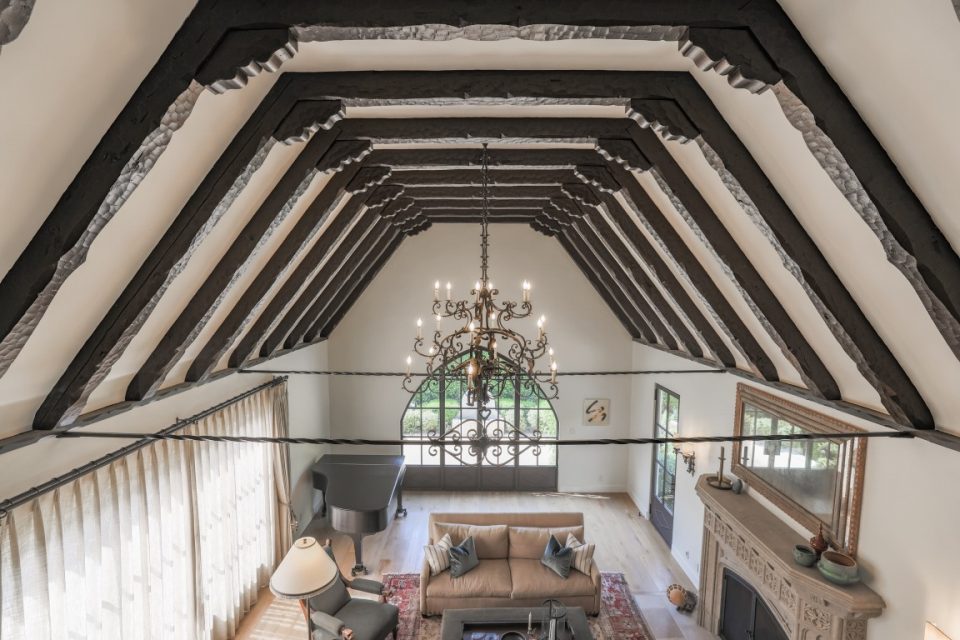 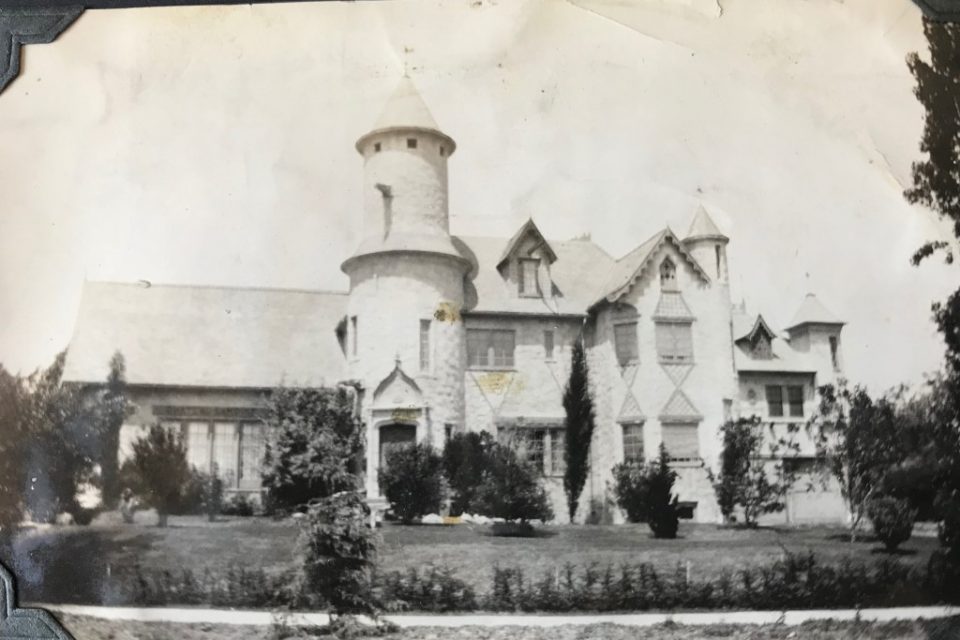 Chateau Lemoine in the late 1920s. 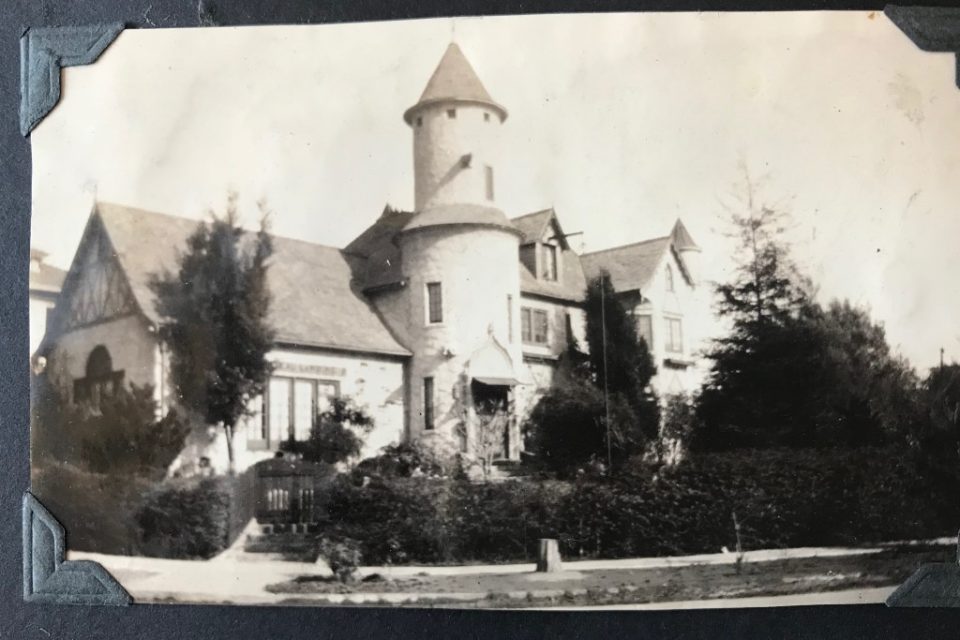 Whimsical with its turrets, the house was eye-catching. 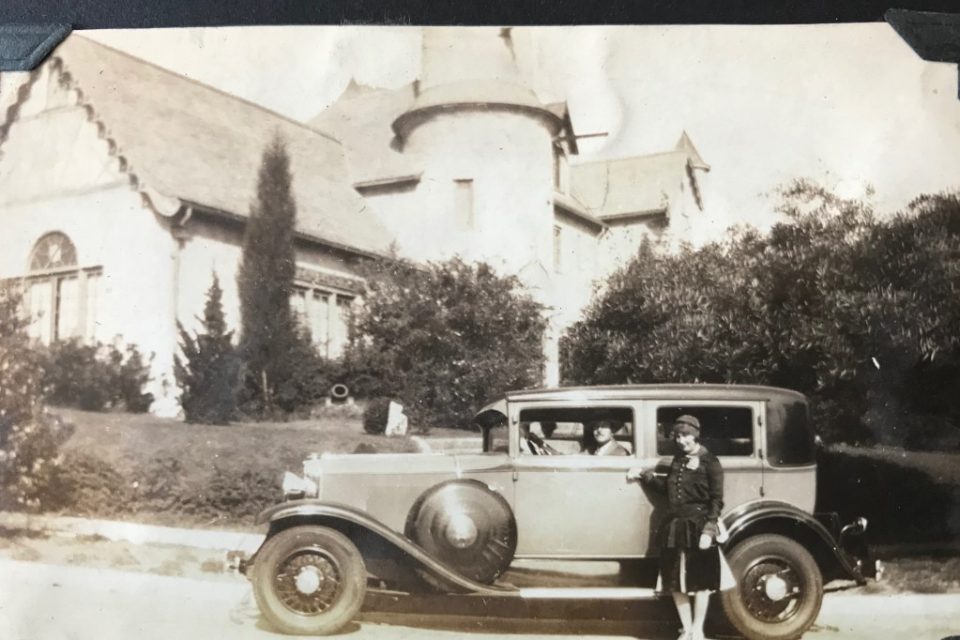 Many admirers had their photo taken in front of the house.

Los Angeles is one of the world’s most diverse and unique cities. Since the dawn of cinema, LA has been the epicenter of the motion picture and television industry, drawing dreamers and artists from all over the country and the world. The impact of that creative force is reflected in the city’s striking architecture, from the glamorous old movie palaces to the steel-and-glass moderns to the grand Mediterranean mansions of the coast. The culture of Los Angeles is not about fitting in but about standing out, making the city a true treasure for architectural exploration.

The movie stars and moguls of the Roaring Twenties wanted to live their Hollywood fantasy in style, leading to a boom in picturesque, idealized revival architecture. A delightful example is the Storybook Style homes dotted throughout the city. The style is a whimsical homage to Medieval European architecture, featuring elements such as turrets, crooked roofs, bridges over brooks, uneven doors and windows, and an overall fairytale cottage aesthetic. The style was pioneered by Einar C. Petersen, who constructed the Peterson Studio Court, an eccentric cottage community in Koreatown, and brought to prominence by Harry Oliver, who was also an Oscar-nominated art director.

A spectacular example of the genre, the 1926 mansion known as Chateau Lemoine, has been listed for sale at $5.99 million. Located in the Mid-Wilshire District, the home is the crown jewel of the Brookside neighborhood, a cluster of 1920’s revival-style houses surrounding the Arroyo De Los Jardines, or Brook of the Gardens. The stream runs through the backyards of the Brookside homes, which often have bridges. On the outside, the chateau is a fairytale castle, complete with ivy-covered outer walls, a cobblestone facade, several turrets, and peaked roofs. Inside, the home has been completely renovated and reflects a sleek contemporary glamour.

The centerpiece of the four-bedroom, five-bath, 4,500-square-foot home is a dramatic living room with vaulted ceilings, a minstrel balcony, and a carved-stone fireplace. Dark wood accent beams contrast with blonde hardwood floors and creamy white walls. The exhibition kitchen connects to the formal living and dining rooms, featuring a carved stone-hood surround, professional-quality appliances, and big windows looking out onto the garden. The curves of the turrets and geometrical lines of the design are reflected in the shape of the interior rooms, leading to uniquely shaped rooms and attention-grabbing design elements throughout.

The one-third acre lot features beautiful landscaping with mature fruit trees, cobblestone paths, and a fire pit with a carved-stone seating area. The saltwater pool and spa are surrounded by a spacious patio with plenty of room for entertaining. A separate one-bedroom guest house has its own bathroom, kitchen and living room, artfully styled with blue walls and tile. A tall hedge affords the property privacy and security.

Located in the middle of the city, the home is a quick drive from the Los Angeles County Museum of Art, The Peterson Automotive Museum, and the shopping district of Miracle Mile. Numerous music venues, restaurants, and bars are also located in this emerging neighborhood.

The listing is held by Billy Rose of The Agency.

Photography courtesy of The Agency 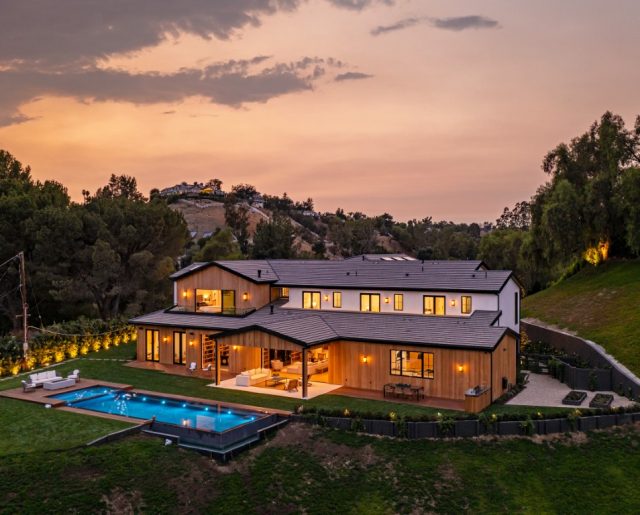 Sean McVay is as much a superstar as the team he coached through this year’s Super Bowl win.  At the...Read More