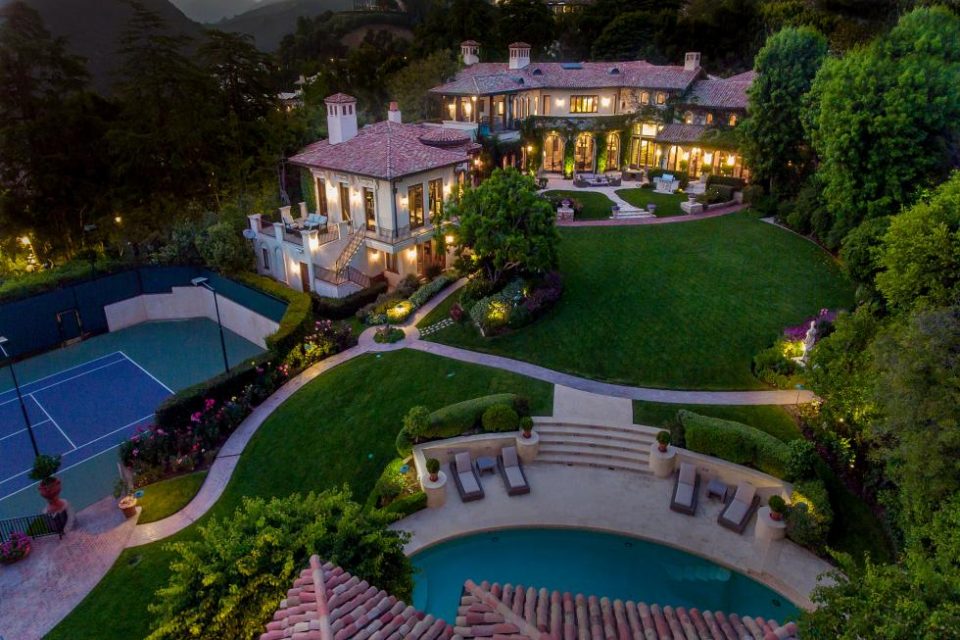 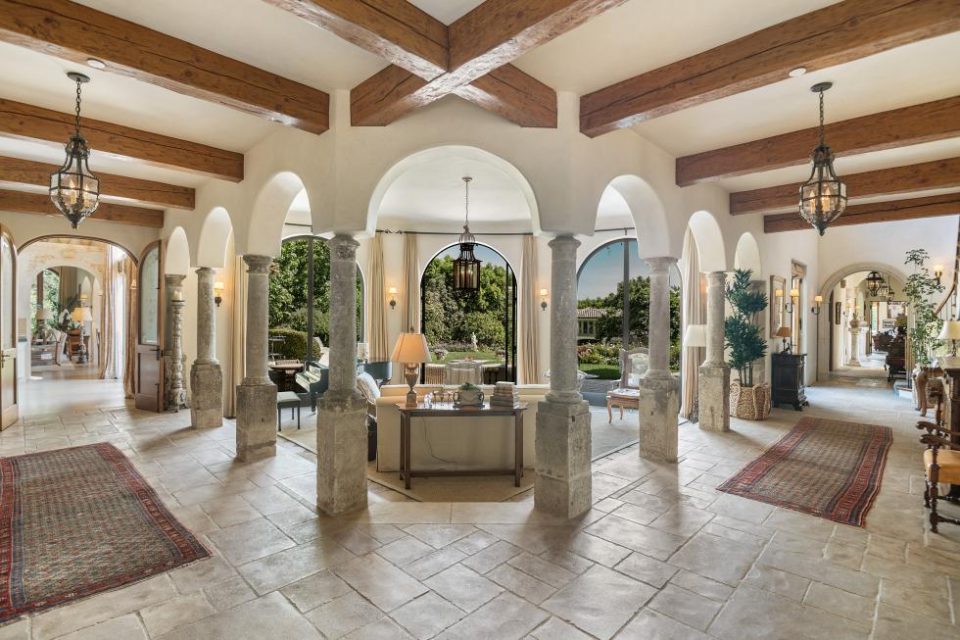 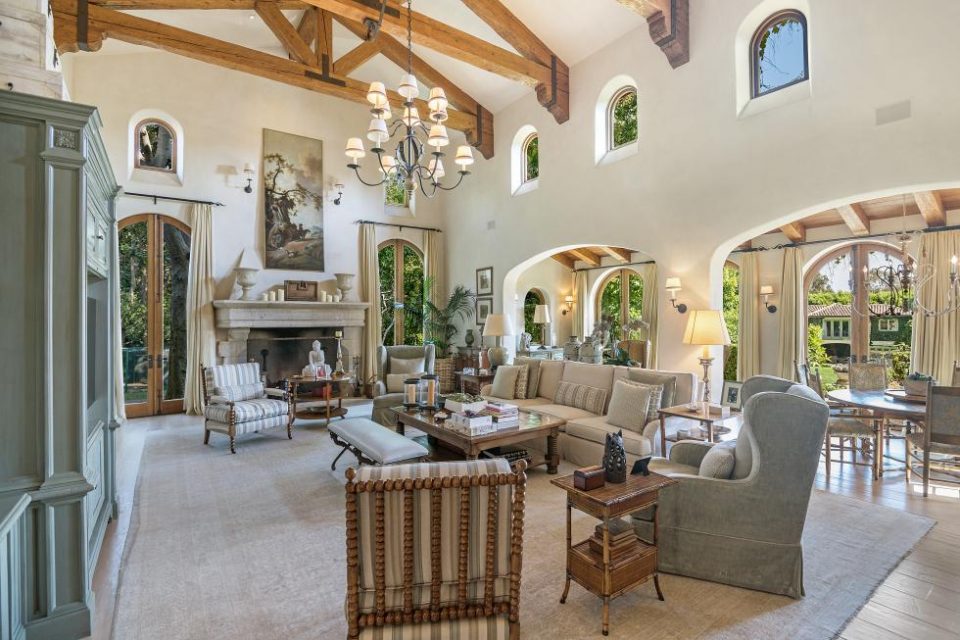 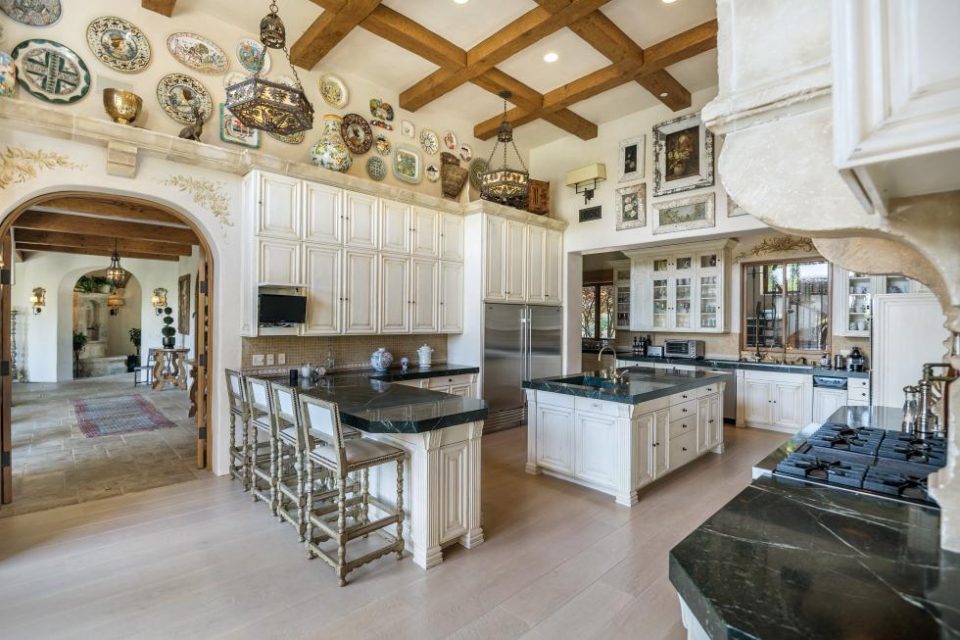 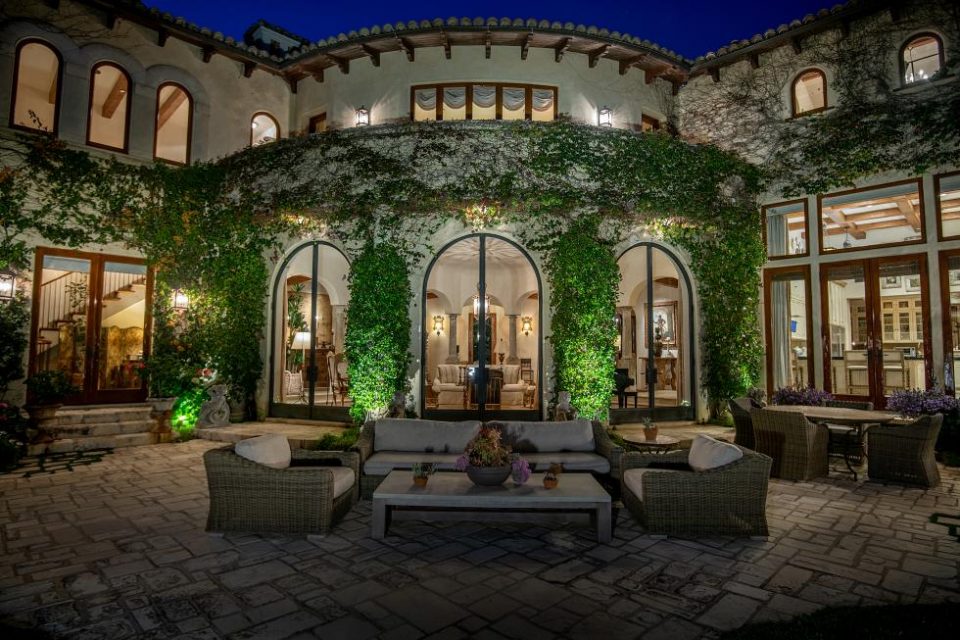 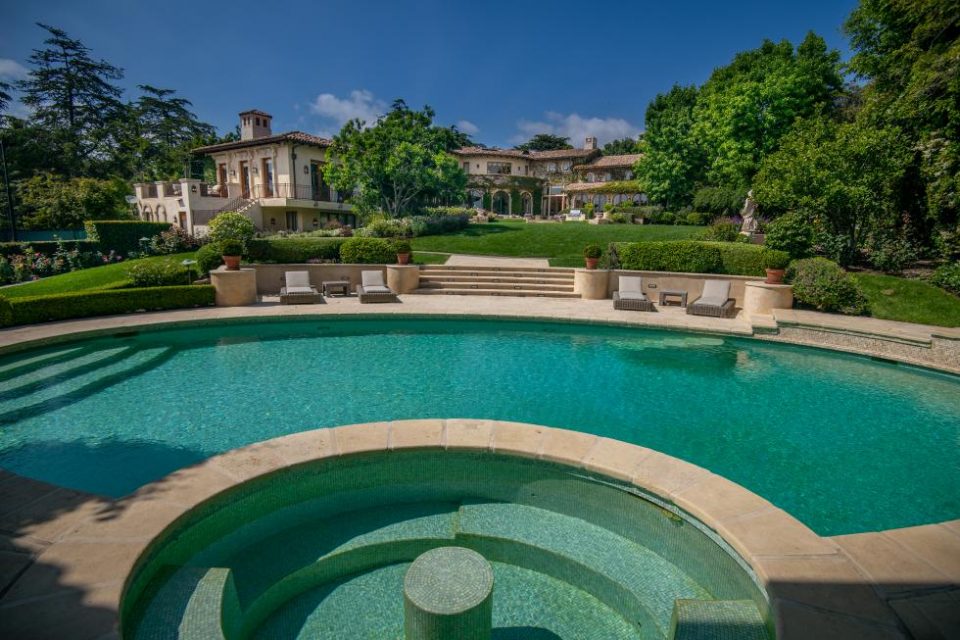 Olympic Gold Medal boxing champion for the United States in 1976, named ‘Boxer of the Decade’ in the 1980s and the first professional boxer to win more than $100 million in purses, Sugar Ray Leonard could afford to live any way he wanted. It was in this knockout of a Pacific Palisades estate that he built with wife Bernadette where he has enjoyed entertaining family, friends and holding large fundraisers for his charities for the last 22 years. New to the market, it is now for sale at $51.995 million.

Sugar Ray purchased just under two acres of land with ocean and canyon views in 1993. But it wasn’t until 1997 that he and his wife built their home. Measuring in at 16,773 square feet with seven bedrooms, it was designed with different wings having planned space for various types of entertaining from small intimate gatherings to full-blown fundraisers. Built in the style of Italianesque old-world architecture, the exterior of the house is covered with ivy and the entrance opens into a grand foyer and center hall opening to the various formal rooms. Fireplaces throughout were imported from Europe and the stone floors from Jerusalem. There is a chef’s kitchen with professional appliances and center island with breakfast bar that adjoins the family room. Included is a solarium, a media room, large gym and a master suite with fireplace, large bath and walk-in closets and a balcony that takes advantage of the views. Grounds include pool, spa, putting green and tennis courts all set on rolling lawns, terraces and lush landscaping. The detached two-story guest house at the pool has a first-floor kitchen and entertaining space while the second floor contains a guest bedroom and bath.

Founded in 1922, the small town of Pacific Palisades is one of the most popular enclaves for celebrities seeking a slightly quieter life than Hollywood. Some of its residents include Matt Damon, Dan Aykroid, Jennifer Garner and Steven Spielberg. Downtown has excellent restaurants, boutiques, yoga facilities and home decor shops as well as purveyors of luxury brands.

Sugar Ray won world titles in five weight divisions between 1977 and 1997. Today, he is much sought after for his motivational speaking tours by Fortune 500 companies and still finds time for his charities for diabetes as well as making television commercials and doing guest appearances as an actor in film, television sitcoms and reality television shows.

The much-loved Pacific Palisades home of Sugar Ray Leonard is now on the market priced at $51.995 million. The listing agent is Jade Mills of Coldwell Banker, Beverly Hills. 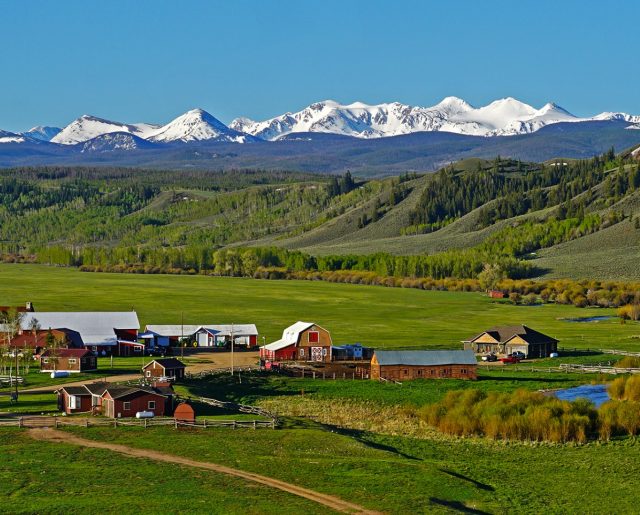 For billionaire workaholics who feel guilty about taking a break, a working northern Colorado ranch with multiple streams of income...Read More 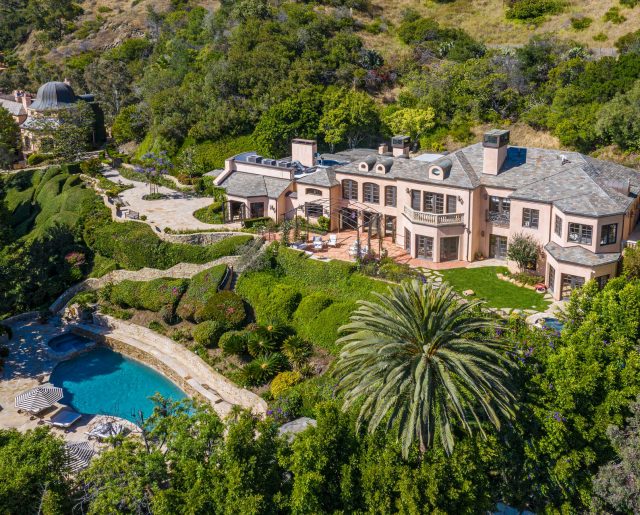