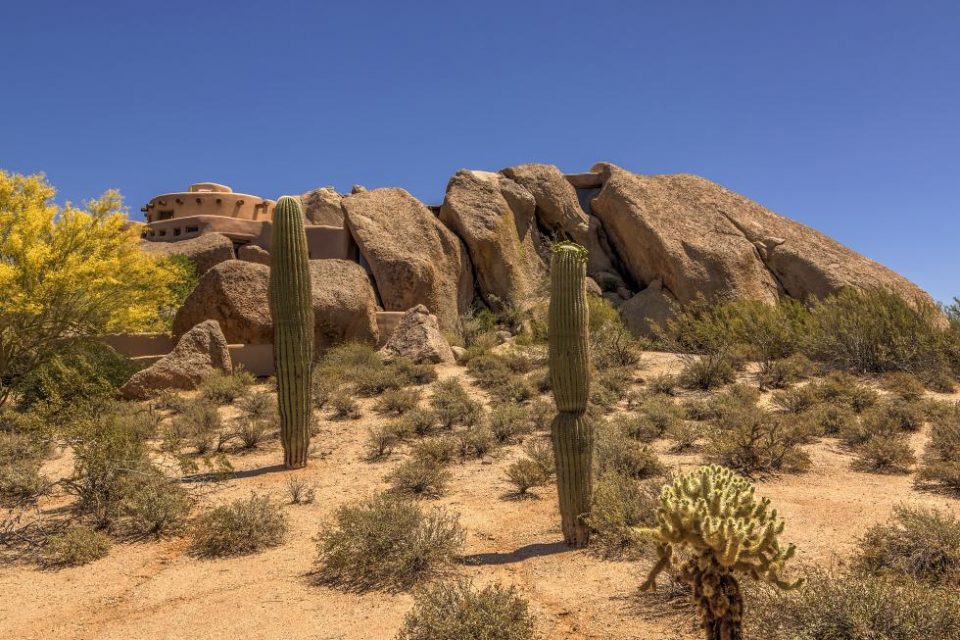 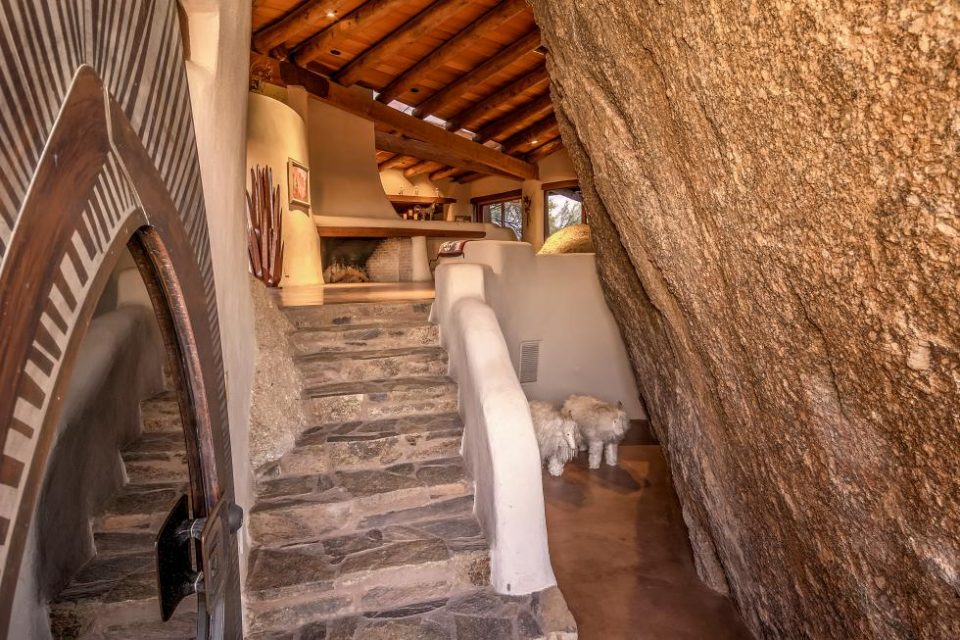 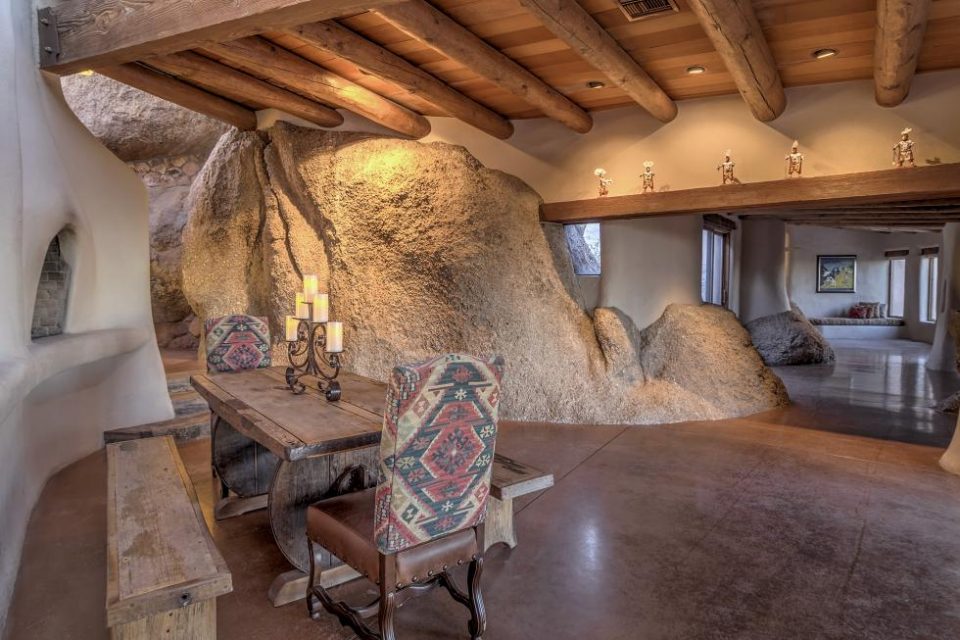 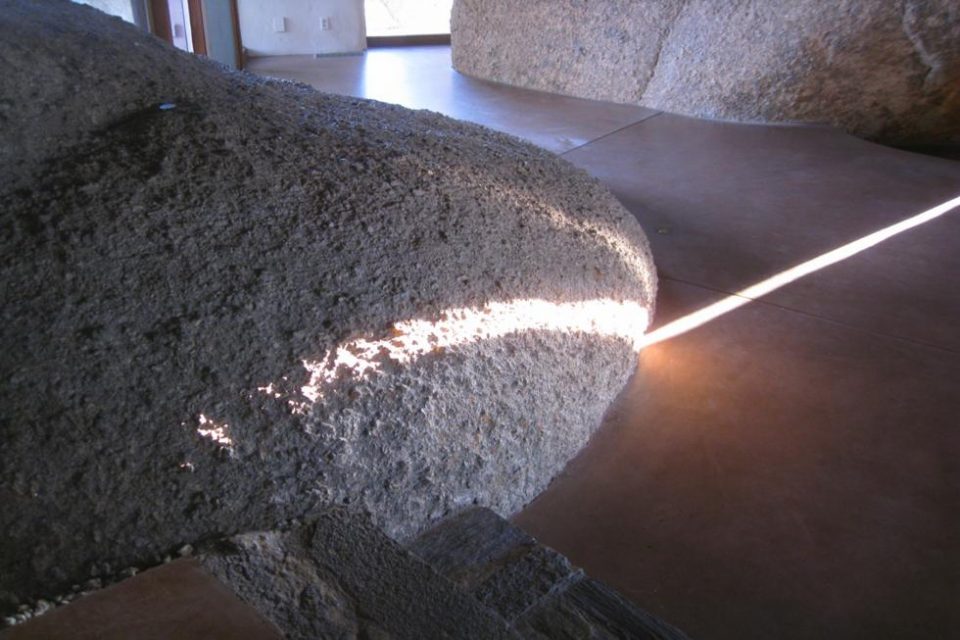 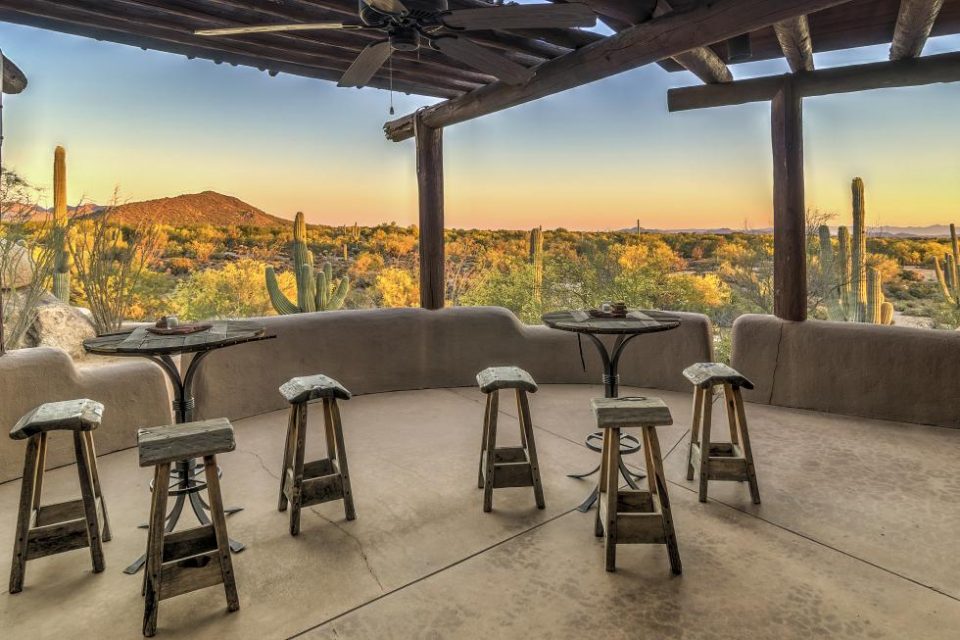 No one is sure what it means. Some people think it is a signal to the space creatures. A light that guides their spaceships to the Arizona desert. Or, maybe it doesn't mean anything. Just a freak of nature. Whatever it might be, it started over a thousand years ago when the boulder people first began living there.

In 1974, a young family from Washington was looking for a good place to build their dream home. For some strange reason they were intrigued by an ad they found for land in the high Sonoran Desert near Scottsdale, Arizona that read, "Does anyone want to buy my pile of rocks?" They bought it and planned to build a contemporary home next to the mysterious pile of ancient rocks. But something made them change their minds. They decided to build their new home inside the boulders. Behind the billion-year-old rocks from the Precambrian era. About the same time that hard-shelled life forms first showed up on earth.

During the construction, the couple was excited to find evidence that they weren’t the first people to live in the boulders. Pottery shards and rock carvings they discovered were dated back as far as one thousand years. Then they found something even more astonishing - a Stonehenge-type phenomenon that occurs on both the spring and fall equinoxes. A six-inch wide beam of light that starts in the glass between two boulders and slowly works its way across the floor and up the wall to a 36" spiral petroglyph. When the sun hit its mark, the stone projections light up like diamonds.

A dream home for archaeologists, historians, artists or mystery lovers, the Boulder House is for sale at $4.2 million. Located on nine acres next to the Phil Mickelson Whisper Rock Golf Course, the home includes 4,380 square feet, three bedrooms, two and a half baths, a great room with massive fireplace, Douglas fir-beam ceilings, guest quarters, library with built-in bookcases, kitchen with high-end appliances and polished concrete floors tinted to blend with the natural stone color. The exterior has multiple terraces on different levels and large areas both inside and out for entertaining friends, relatives or space people on a grand scale. 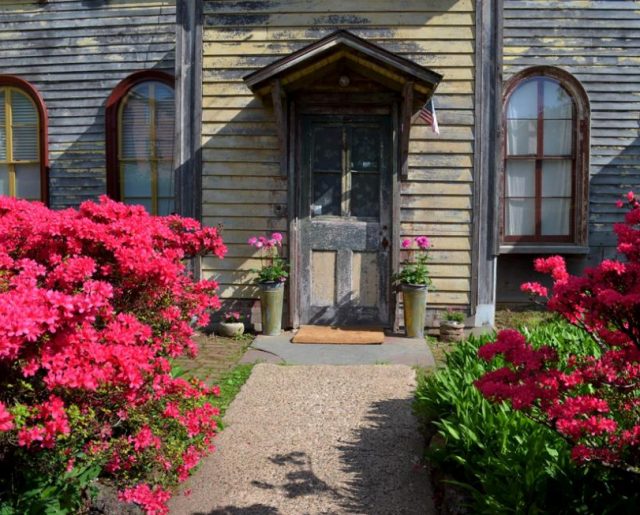 New York’s Most Fashionable Haunted House! The House on Haunted Hill, The House at the End of the Street, Last...Read More 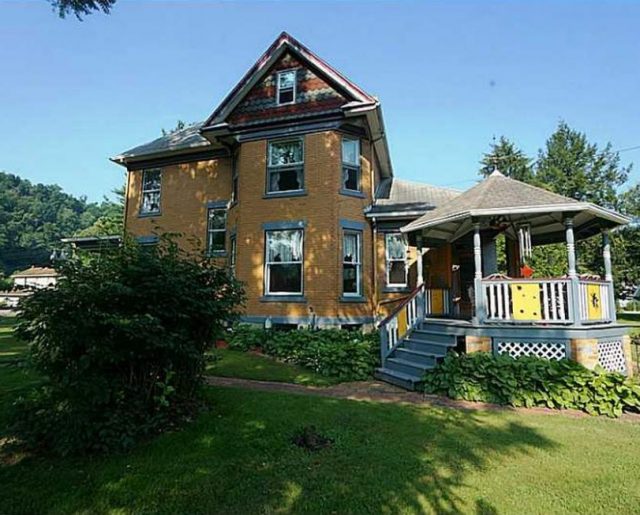 Yikes! Silence of Lambs Home For Sale! The 1980s and ’90s were rife with some of the most titillating horror...Read More