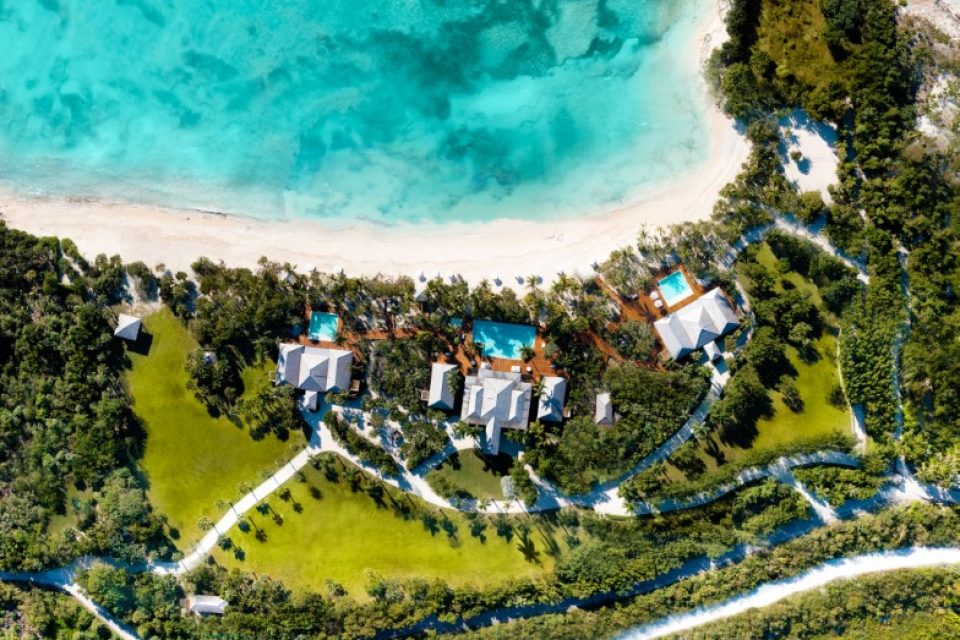 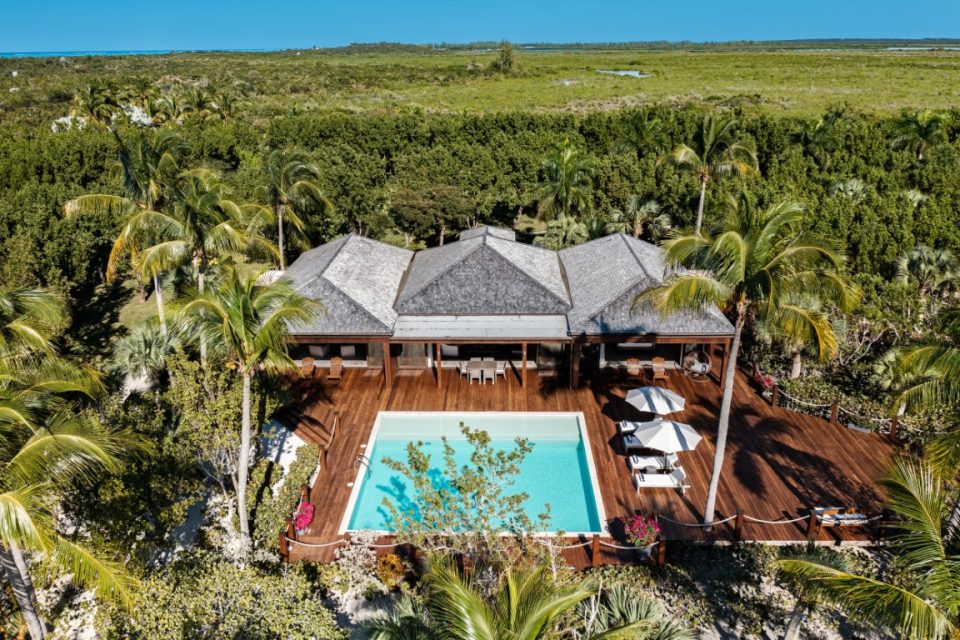 The main house deck and pool. 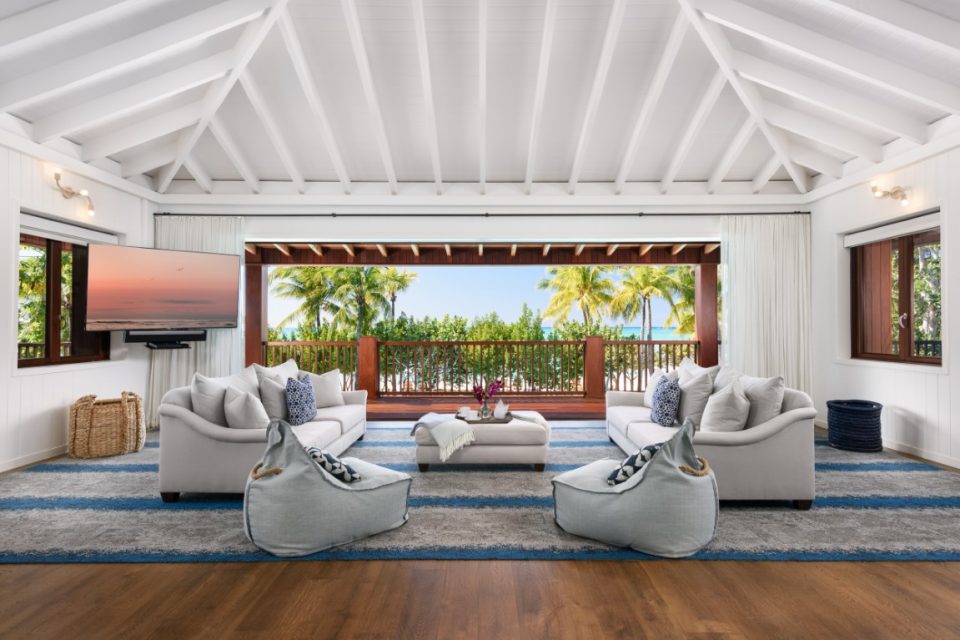 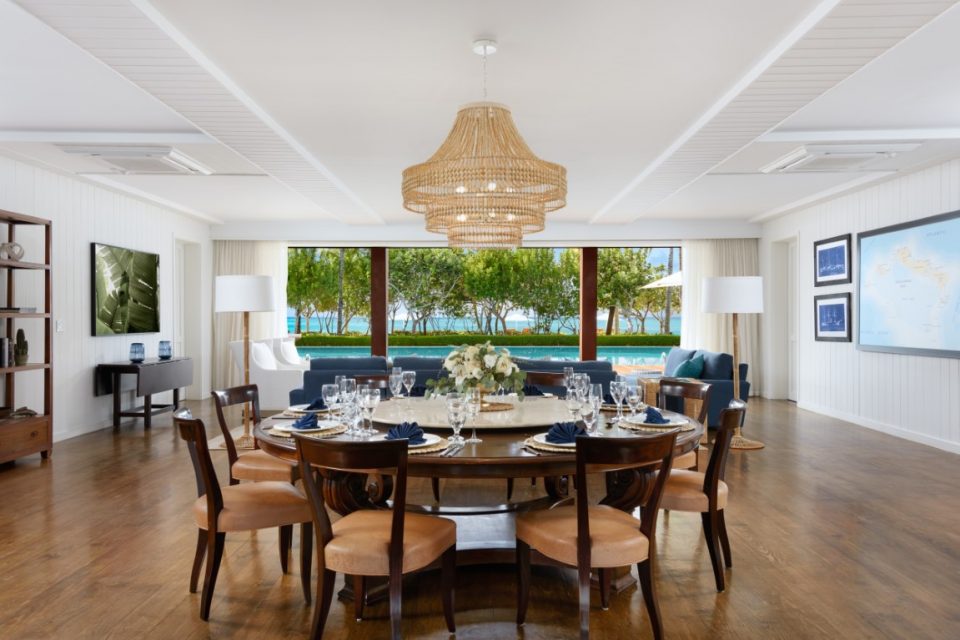 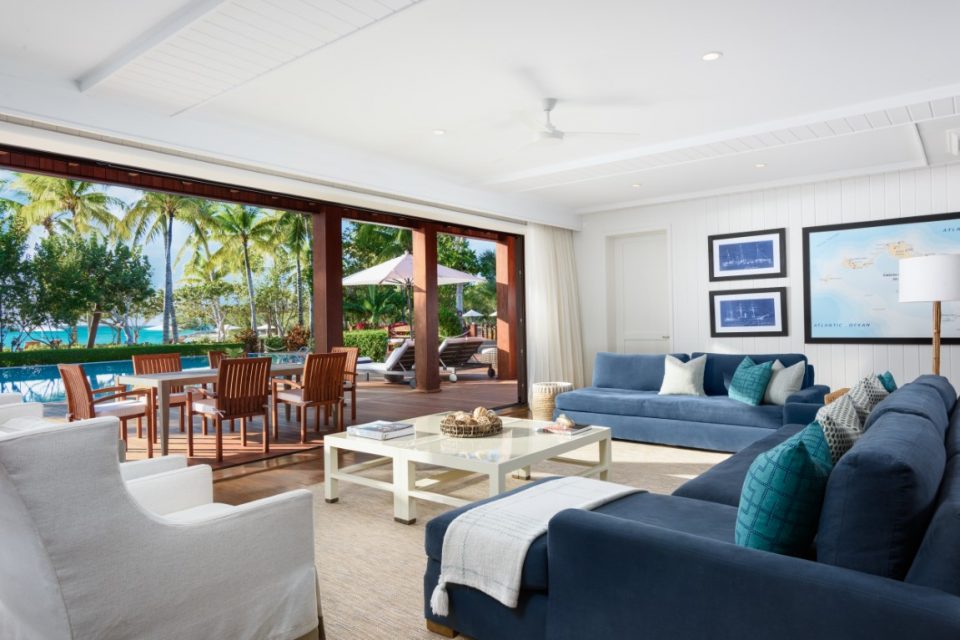 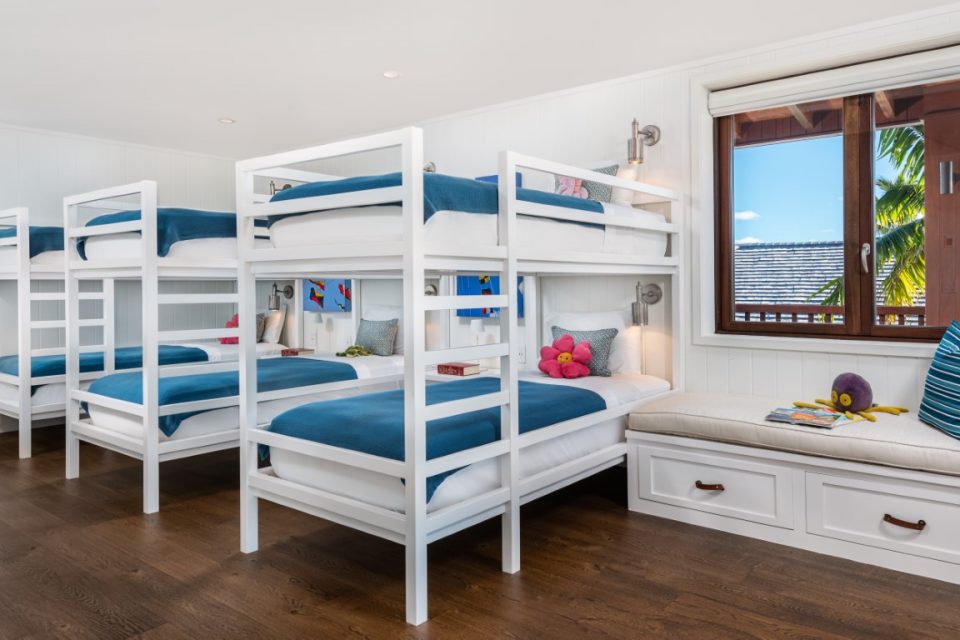 The childrens' quarters located on the second floor of the main residence. 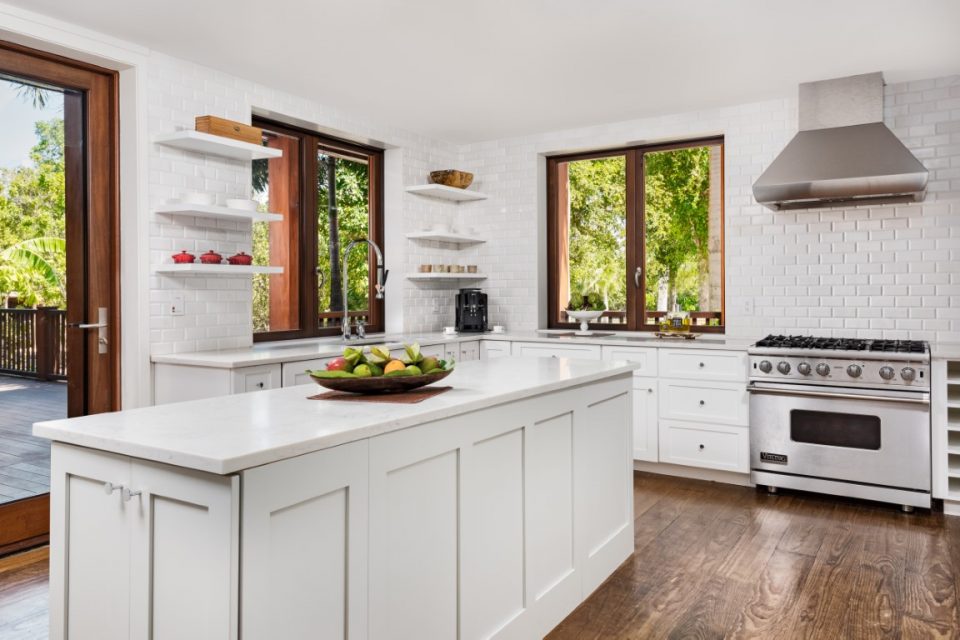 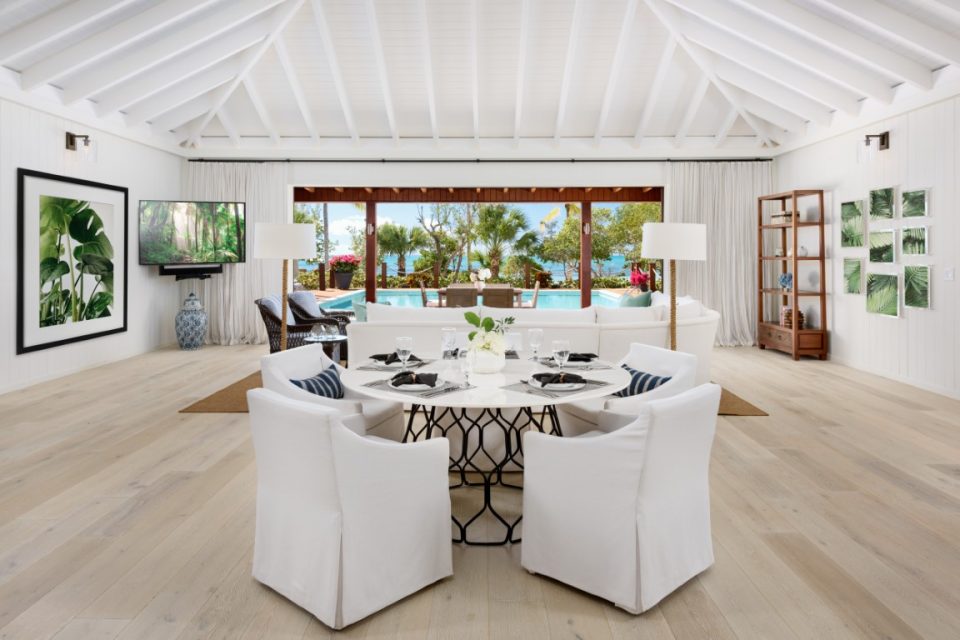 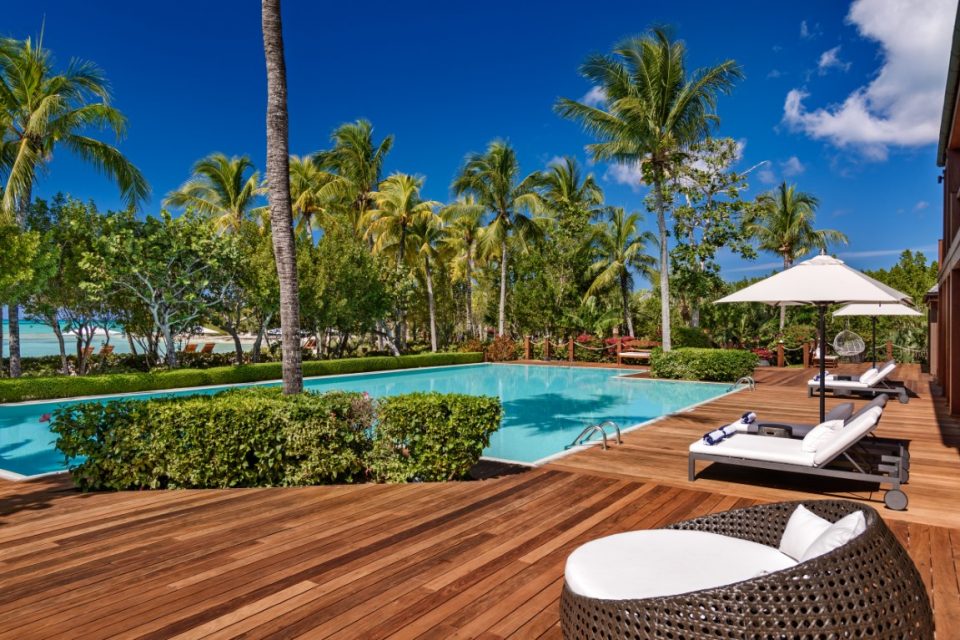 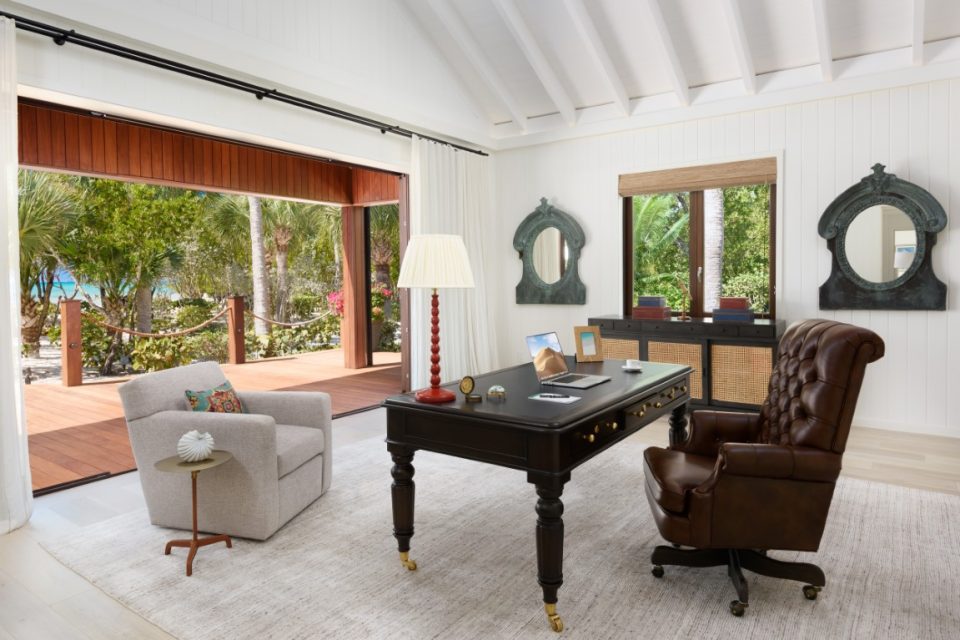 Attractive office with a tropical view. 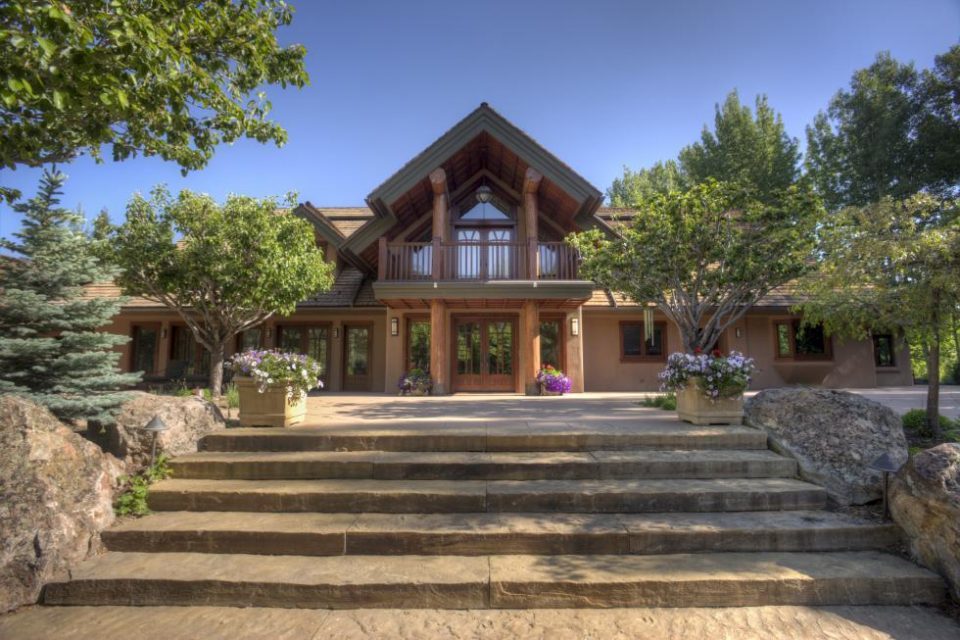 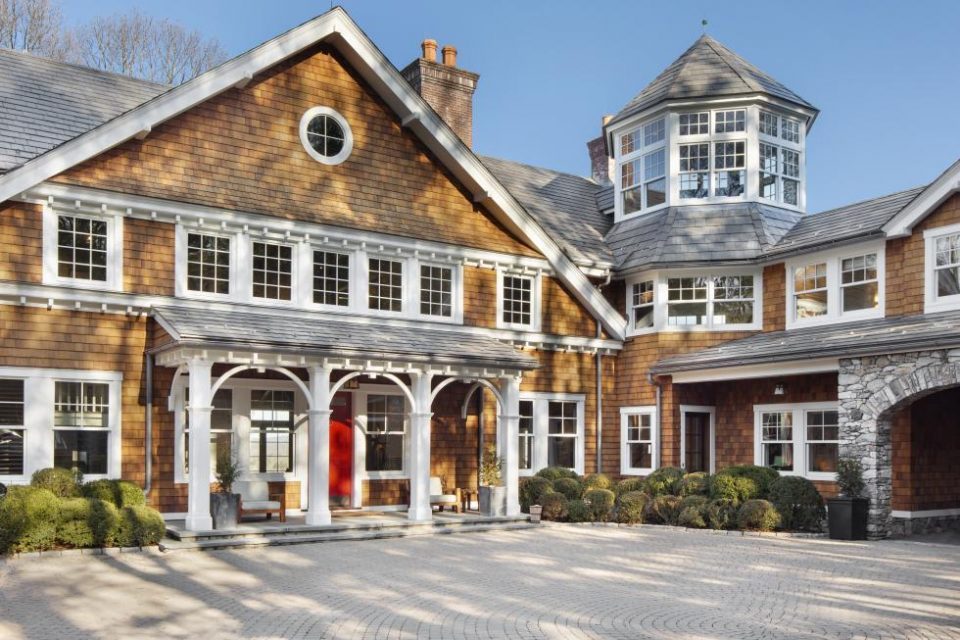 Former Westchester residence was sold due to permanent move to California. 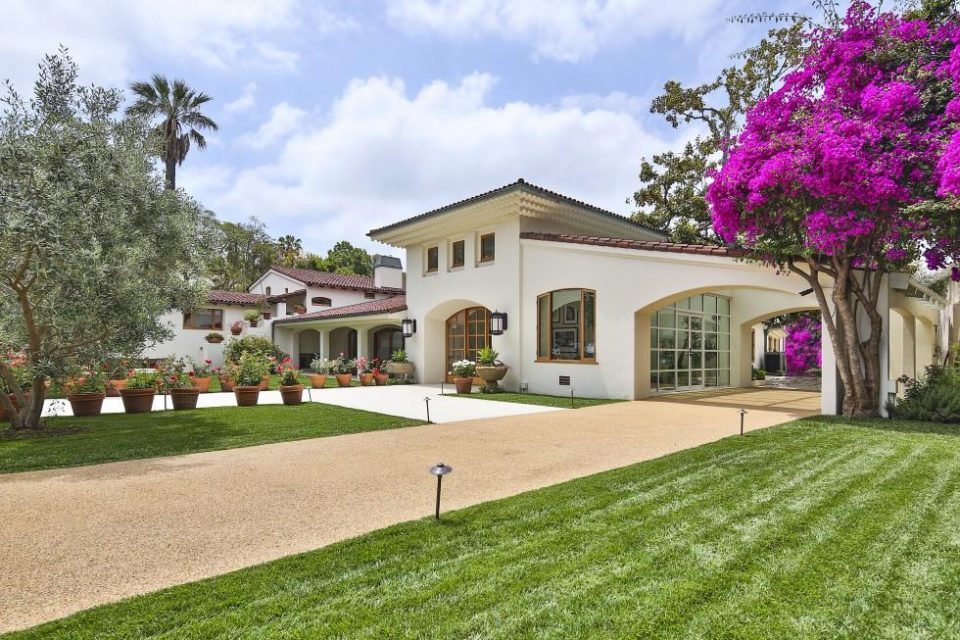 One of the homes Willis sold in Beverly Hills.

Superstar Bruce Willis, now 67, has wowed us from the time of the TV series “Moonlighting,” where the chemistry between him and Cybill Shepherd was electrifying, almost to the point of the viewer forgetting about the storyline.  Willis went on to act in more than a hundred films, including “Pulp Fiction,” “The Sixth Sense” and the most recent of which was the “Die Hard” series from 1988 through 2013.  His acting talent has created an impressive net worth along the way, much of which he invested in over-the-top real estate.  With his health concerns, Bruce has been selling some of his real estate collection, one of the best being his beachfront estate in the Turks and Caicos on Parrot Cay, which he sold in 2019 for $27 million.  Once again for sale, it is listed at $37.5 million.

A total of eight tropical acres in the COMO Parrot Cay resort, Willis purchased the land in 2000 and started building his tropical paradise that covered all the bases for multiple guests, including a children's bunk room and playground.  Three homes were built over the next four years, which totaled 35,000 square feet with a total of 12 bedrooms and 14 baths.  The six-bedroom main house underwent a complete restyling and updating in 2020.  That home is mostly for entertaining, while the additional two houses, each with its own pool, are dedicated to the primary suite and the other as a guest house.  The upper level of the main house is for the children who can play at the pool and the beach but also in the playground that sports its own pirate ship.  With a total of four pools on the property and 1,100 feet of pristine white sand beach, the choices are many.

Planning for the future and retiring from acting, Willis and his wife, Emma Hemming, knew they wanted to settle near family in California and would have no need for so many homes scattered in and out of the country.  As a result, they sold their Westchester estate in New York, his Sun Valley ski house in Idaho, a Beverly Hills hacienda-style house, as well as the Turks and Caicos beach house.

The listing agent is Nina Siegenthaler of Turks and Caicos Sotheby’s International Realty. 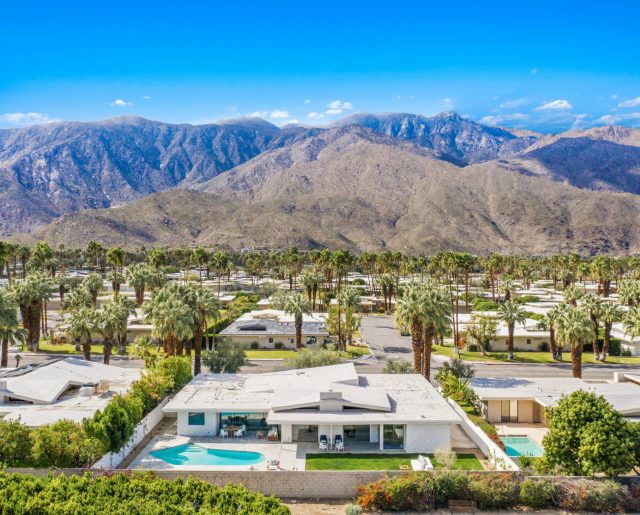 Southeast of Los Angeles and northeast of San Diego, the desert oasis of Palm Springs has been a fashionable resort...Read More