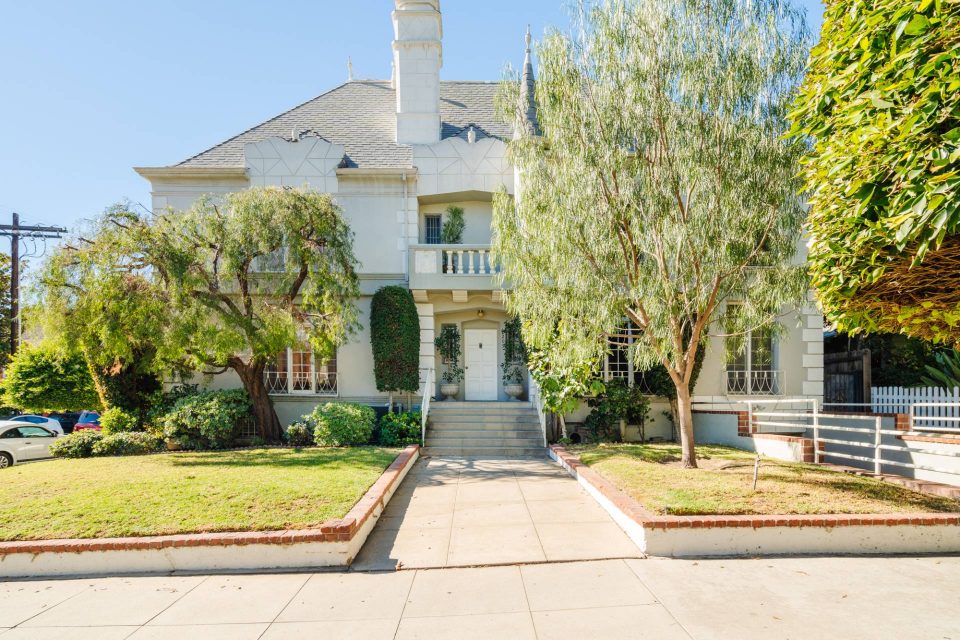 A 1930’s townhome that was built for Warner Bros to house their young starlets including Greta Garbo, Marlene Deitrich and Marilyn Monroe, is for sale at $899,000. 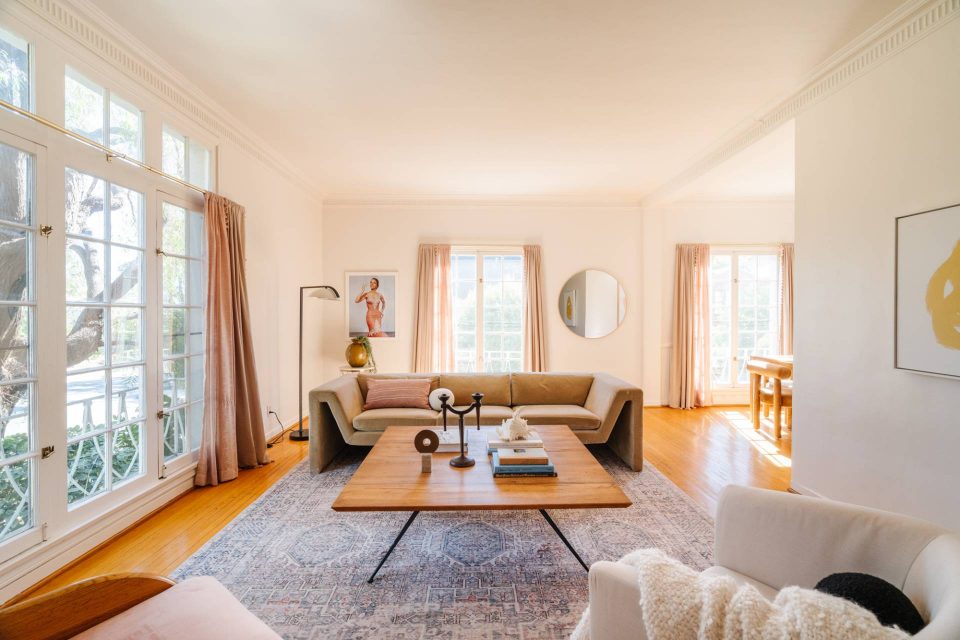 According to the listing agent, this is the exact residence where Marilyn Monroe once lived. 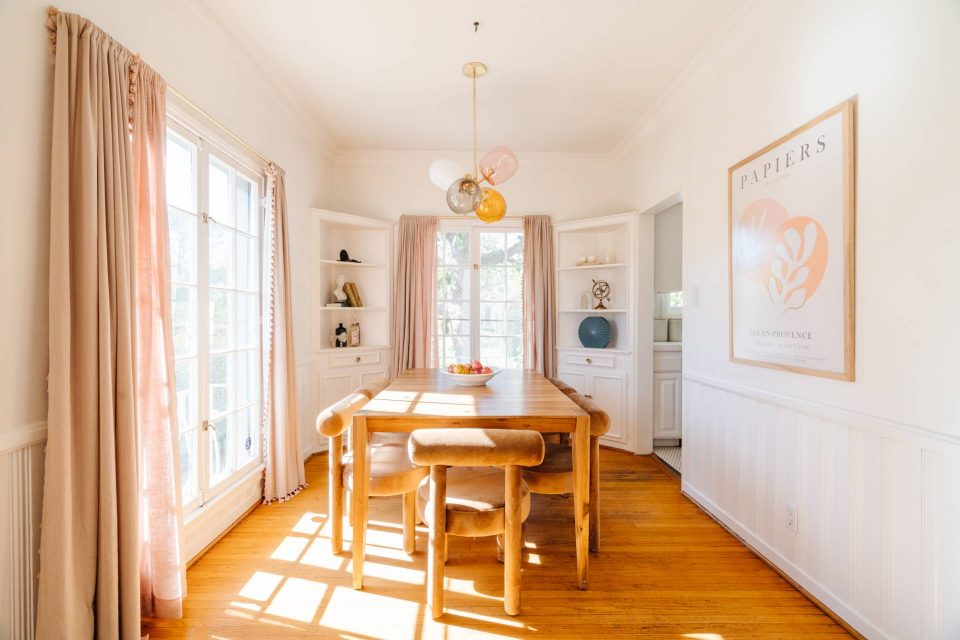 The two-bedroom apartment has 1,199 square feet. 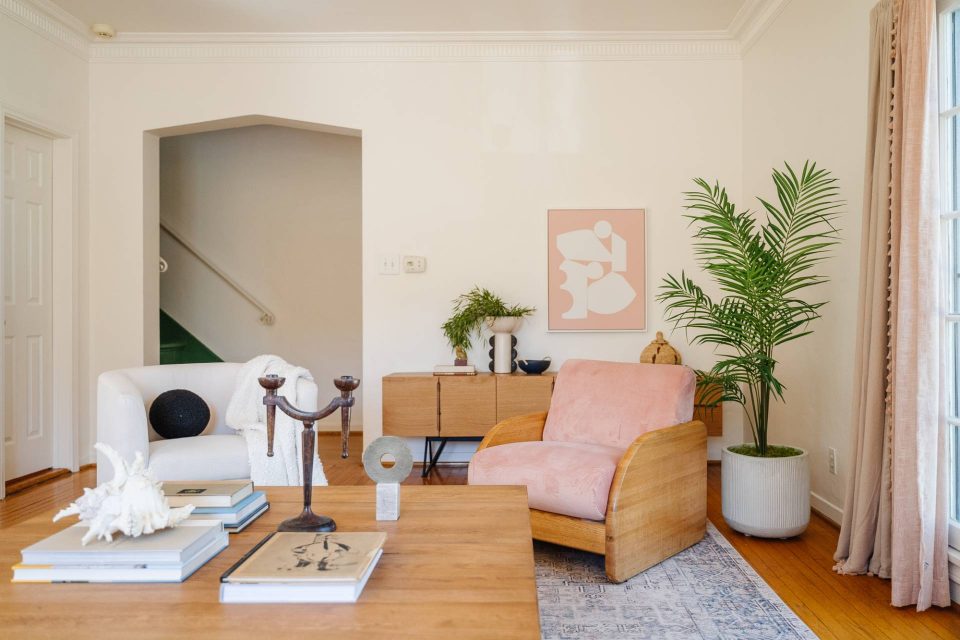 Marilyn’s townhome has been updated but still retains many features that today’s buyers love. 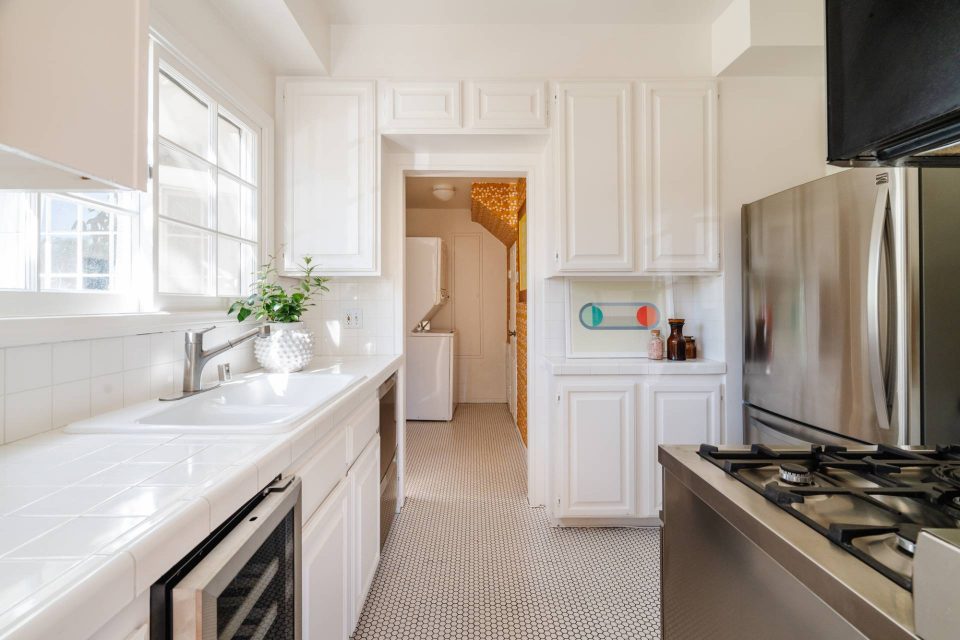 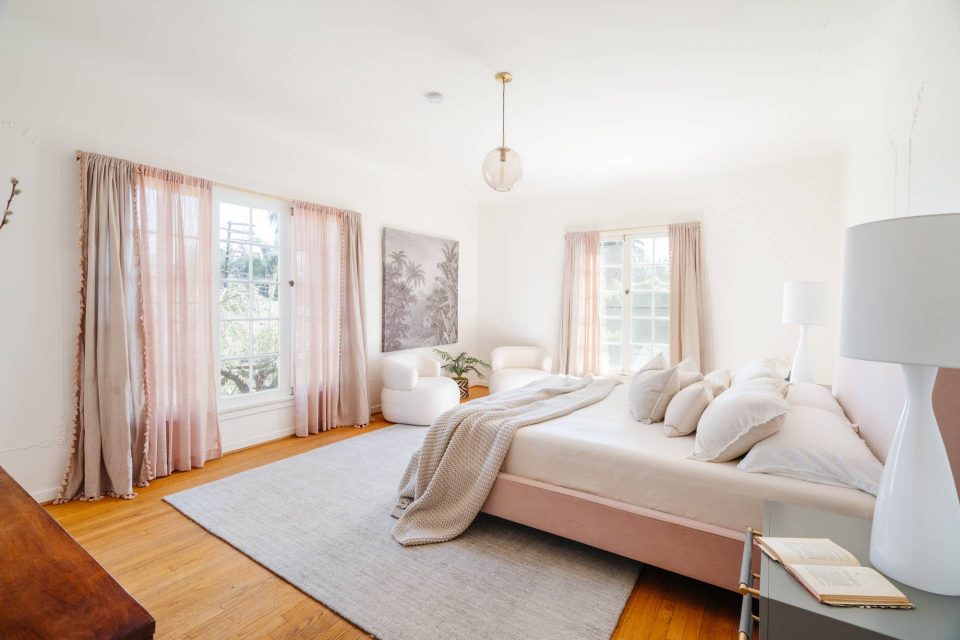 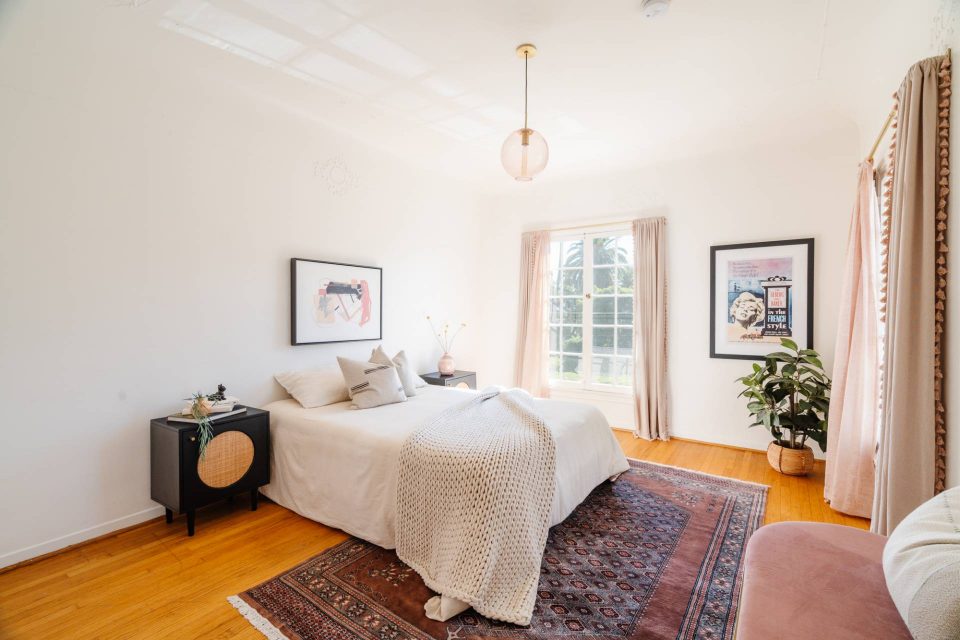 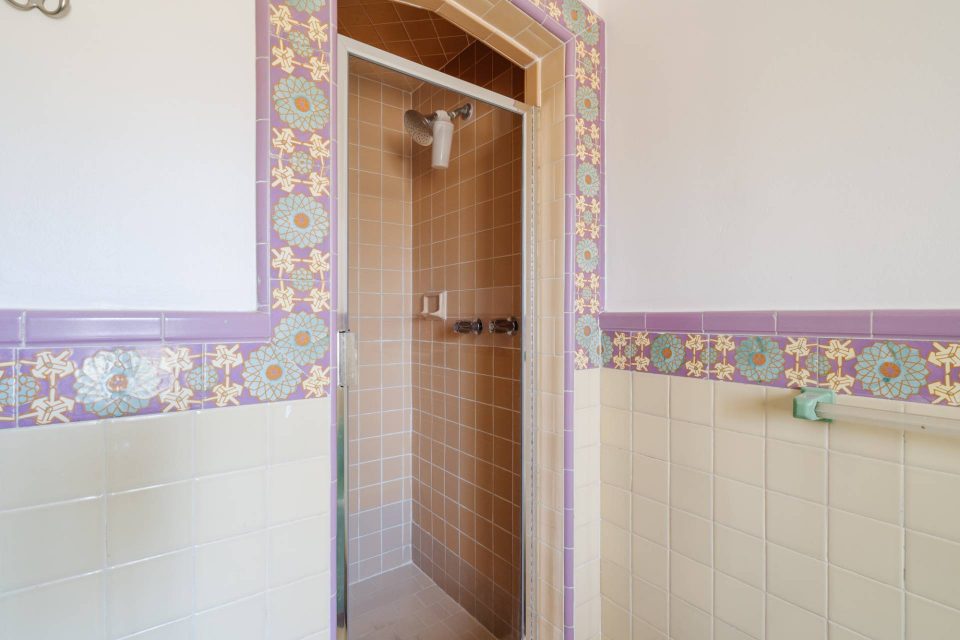 The colorful bathroom has a walk-in shower and original yellow and purple tilework. 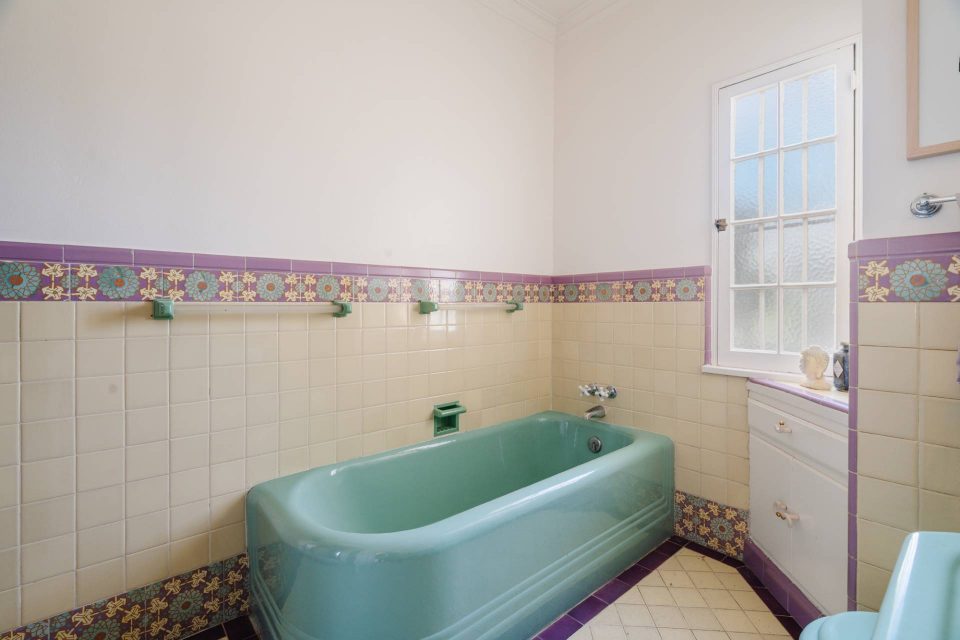 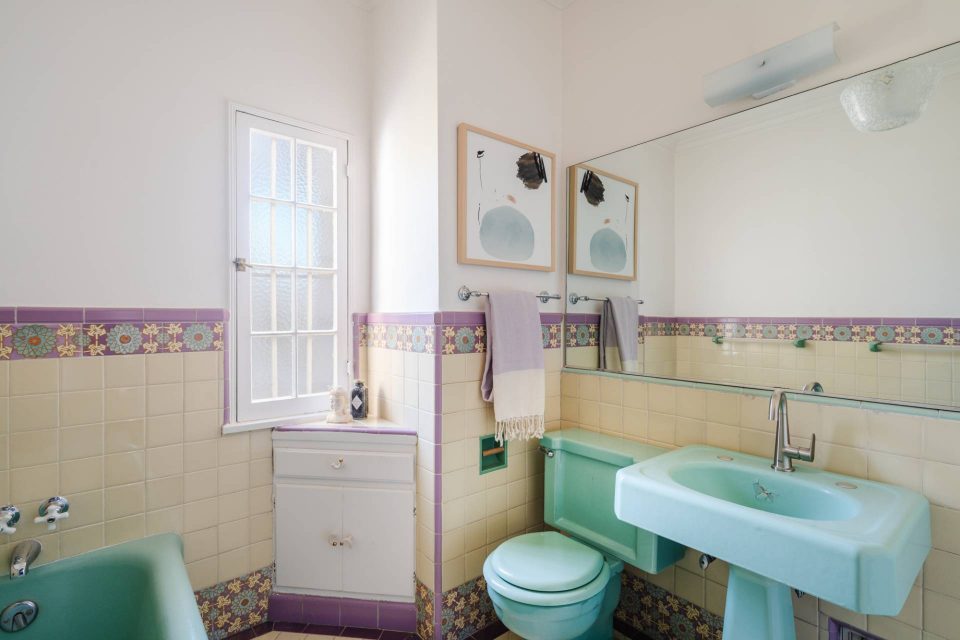 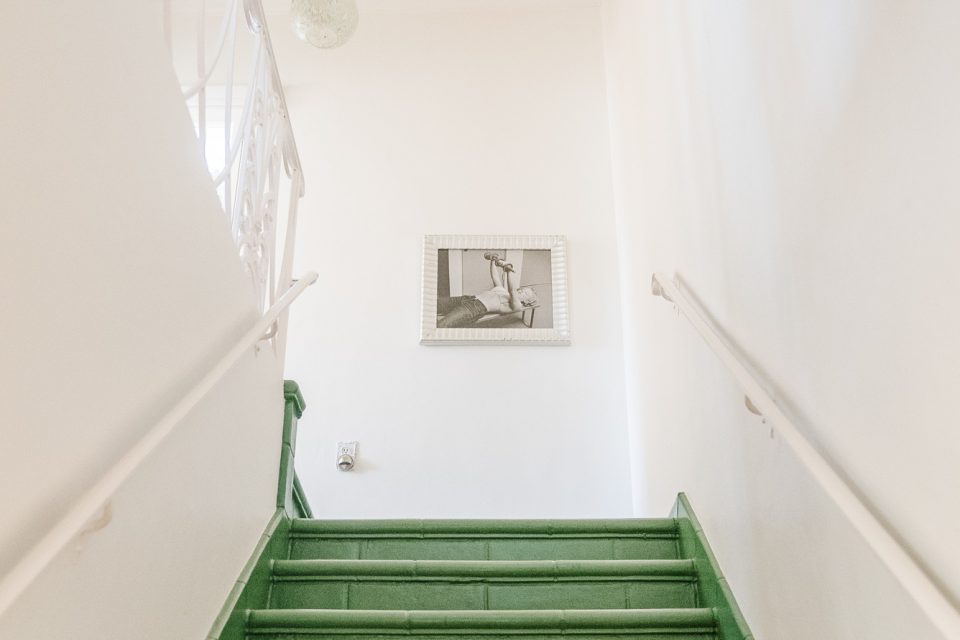 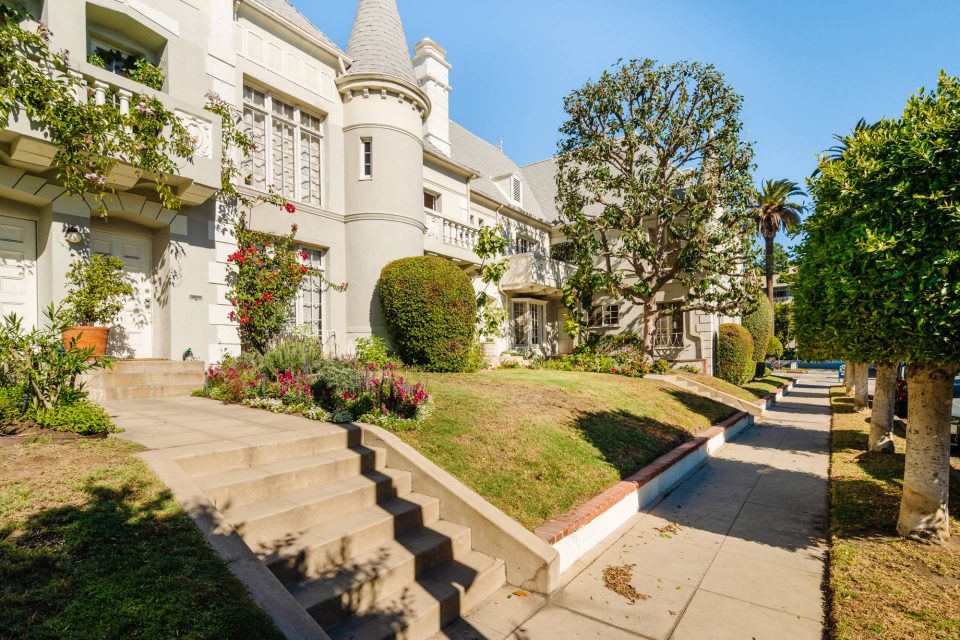 The listing agent is Marlena Maidhof at ACME Real Estate.

If these walls could talk! A 1930’s townhome that was built for Warner Bros to house their young starlets including Greta Garbo, Marlene Deitrich and Marilyn Monroe is for sale at $899,000.

In Old Hollywood, the movie studios kept a close eye on their young talent and often put them up in homes and apartments that the studios owned and supervised. In their star system, the studios controlled much of their actors’ lives, even where they could live. In one of the most famous cases, Joe Schenck, the late chairman of 20th Century Fox, moved Marilyn Monroe into his Owlwood Mansion guest house, a home that was later owned by Tony Curtis and then by Cher.

Located in one of LA’s older areas, the neighborhood homes retain much of the atmosphere of the glamorous mid-century Hollywood era with the well-manicured lawns, huge willow trees and colorful gardens. Marilyn’s townhome has been updated but still retains many features that today’s buyers would love, such as the beautiful green magnesite stairs and the original Art Deco balustrade. Both bedrooms feature wedding cake relief plasterwork and the colorful bathroom has a walk-in shower and original yellow and purple tilework, with a matching green bathtub, toilet, and sink. The entire home is drenched in light from the oversized casement windows.

Chateau Beachwood is a 10-unit French Normandy-style complex located near the Two Stone Gates entrance to Beachwood Canyon, a few blocks from the Monastery of the Angels, Franklin Village and The Hollywood Sculpture Gardens. With its convenience to the movie and television studios, Beachwood Canyon has been the current or former neighborhood for many celebrities, including Humphrey Bogart, Kevin Bacon and Anna Kendrick. According to the listing agent, the two-bedroom unit with 1,199 square feet is the exact residence where Marilyn once lived.

A native of Los Angeles, Marilyn grew up rough and spent her childhood bouncing between orphanages and foster care. She lived in a number of homes and apartments during her 36-year lifetime but purchased only one house in her own name, when she bought a home in LA’s Brentwood neighborhood in early 1962, just a few months before her overdose death from sleeping pills.