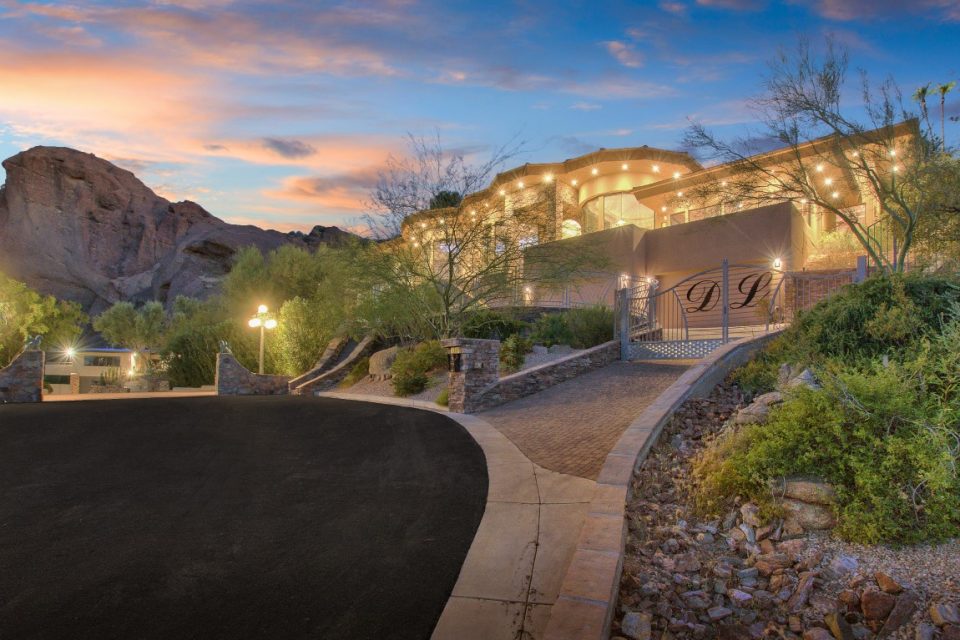 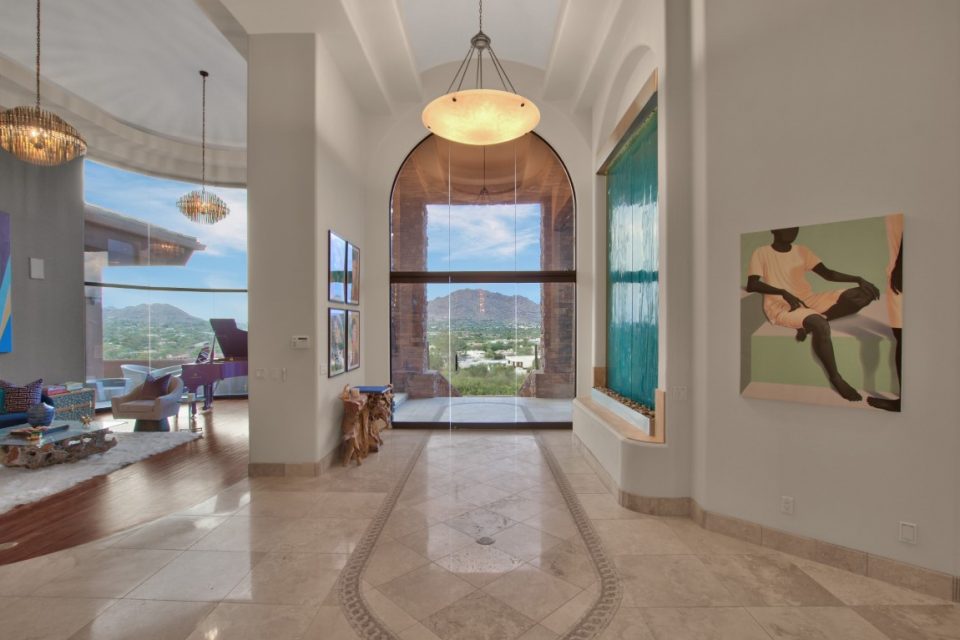 A large water feature greets guests in the foyer. 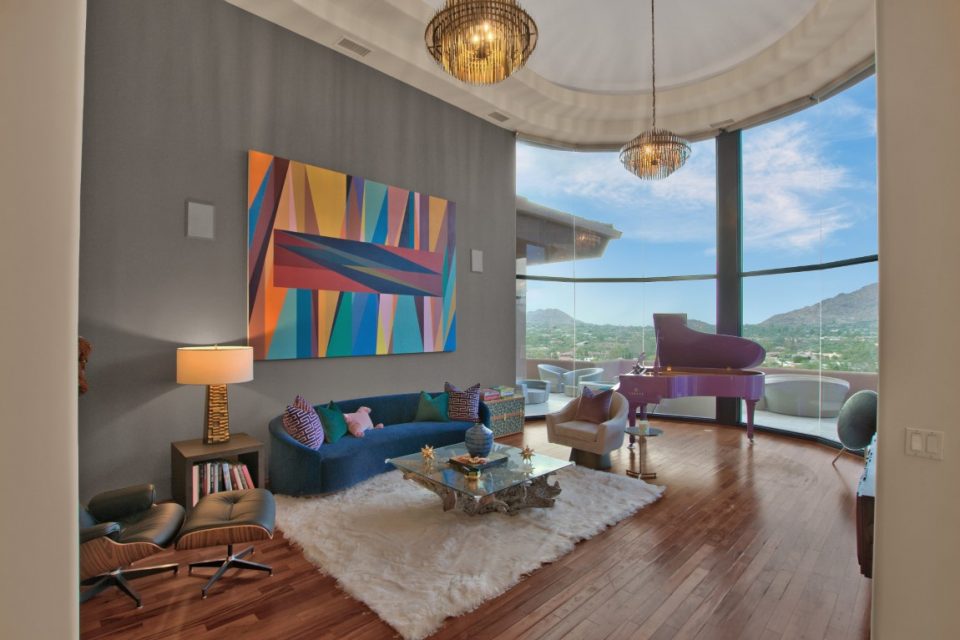 The living room has spectacular views and a fireplace for chilly nights. 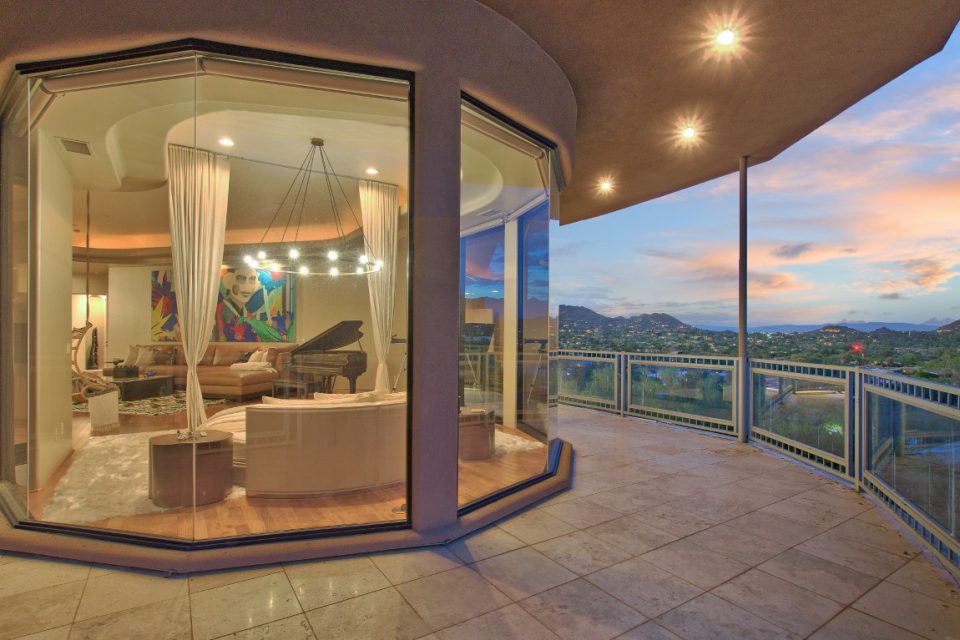 A terrace surrounds the living room. 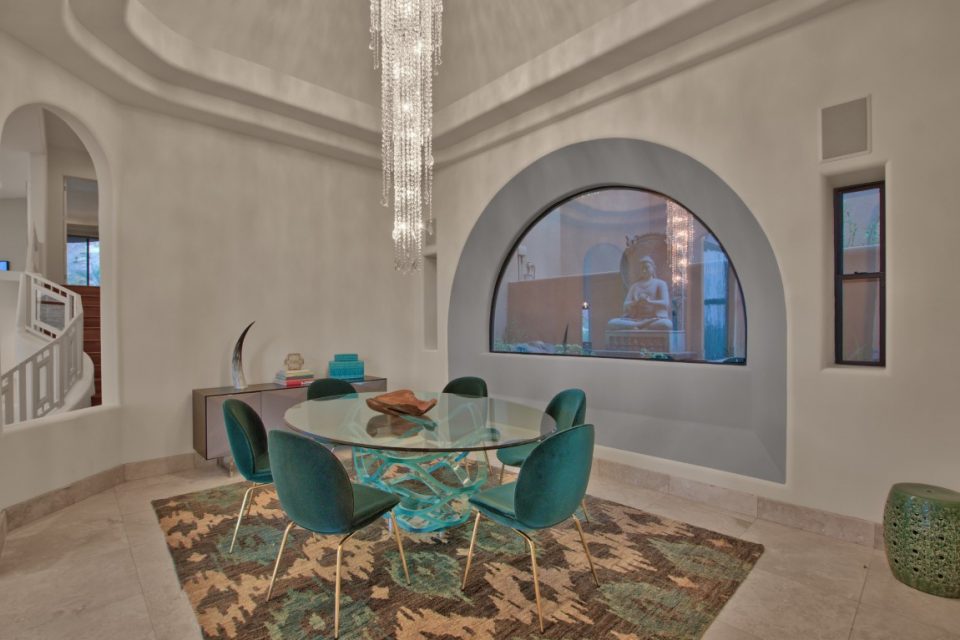 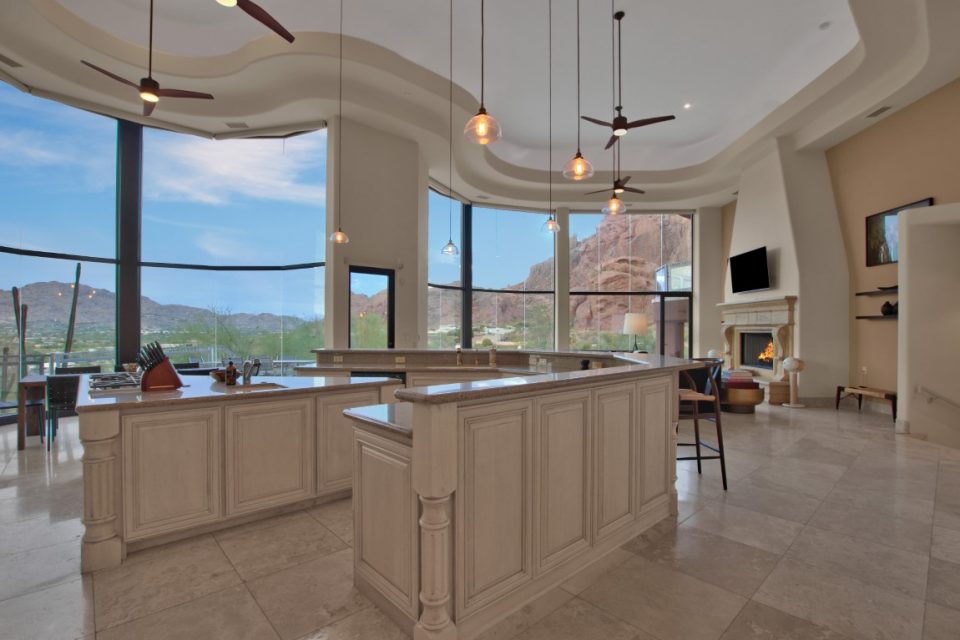 Difficult to focus on cooking with such a fabulous view as a distraction. 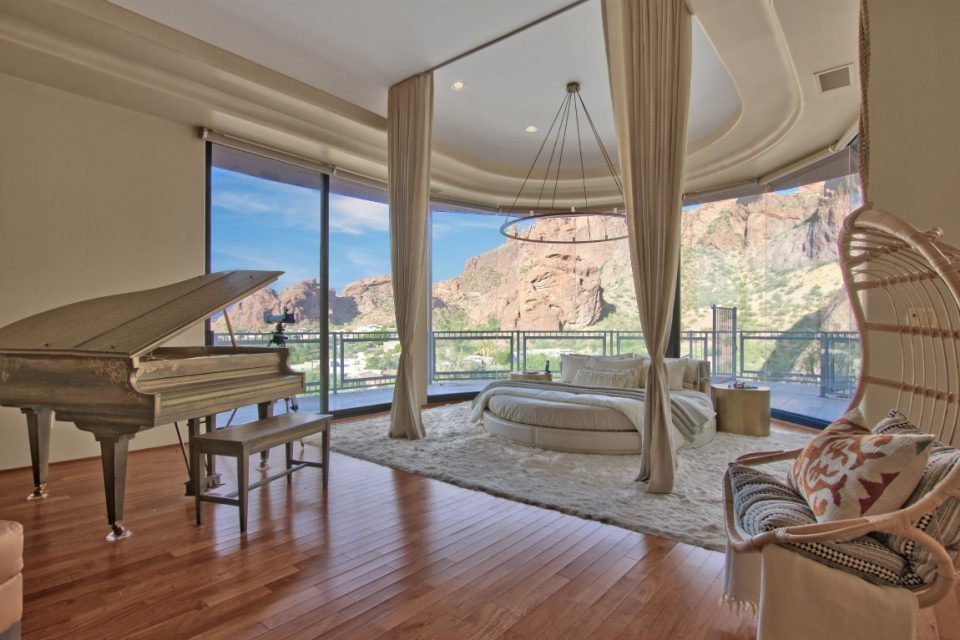 The master suite is large enough for a baby grand piano. 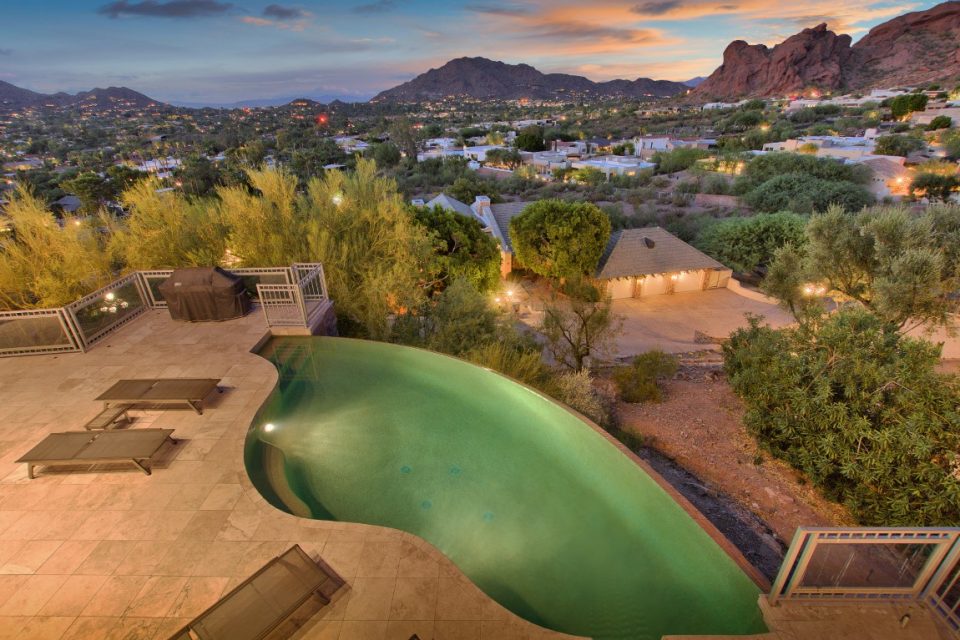 The pool deck is great for entertaining or taking a dip on sultry summer evenings. 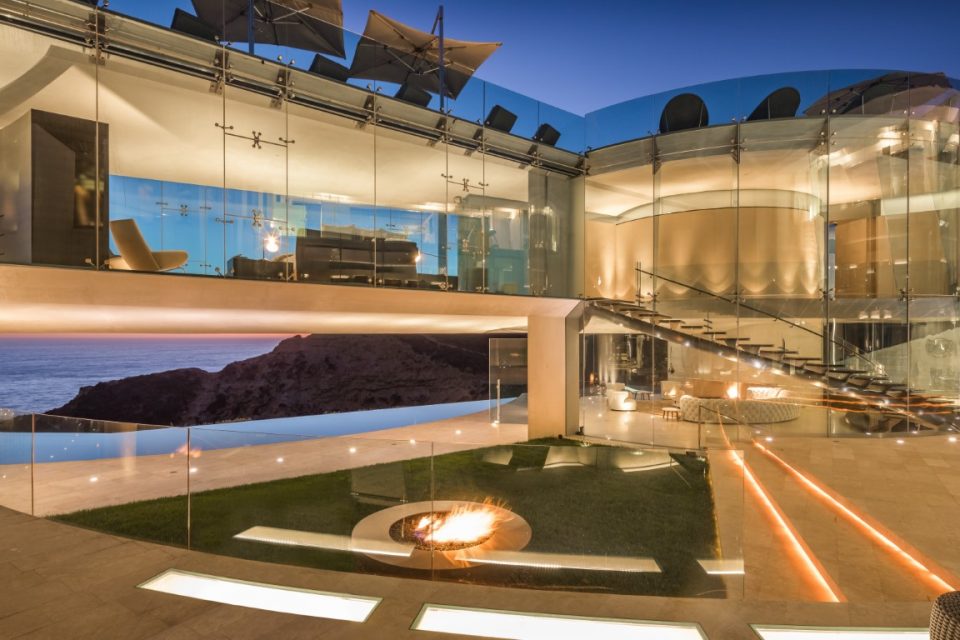 The couple's full-time home is the Razor House, a modern architectural masterpiece. 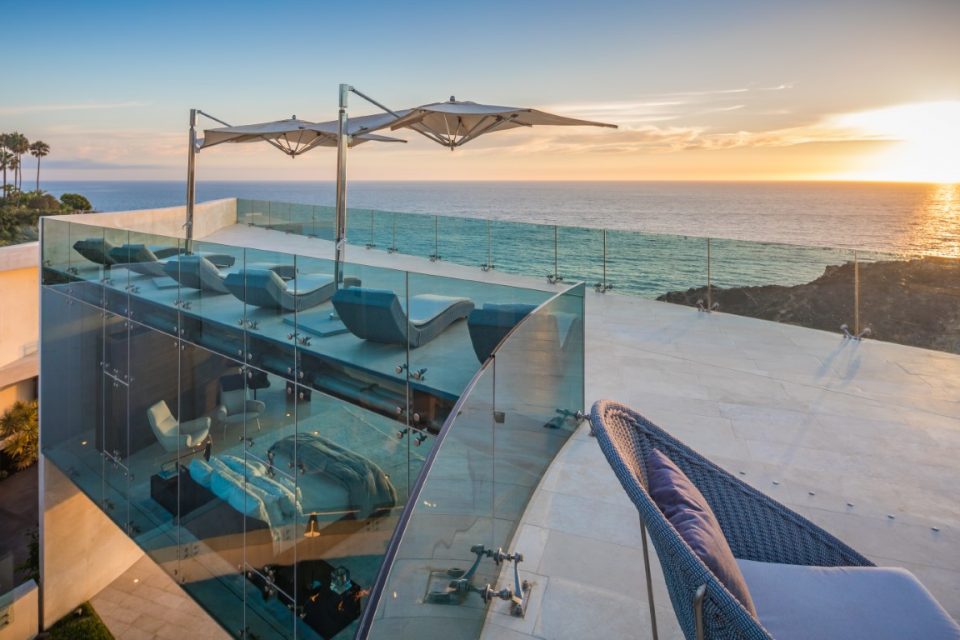 Built around the Pacific Ocean views, it can be seen from almost every room. 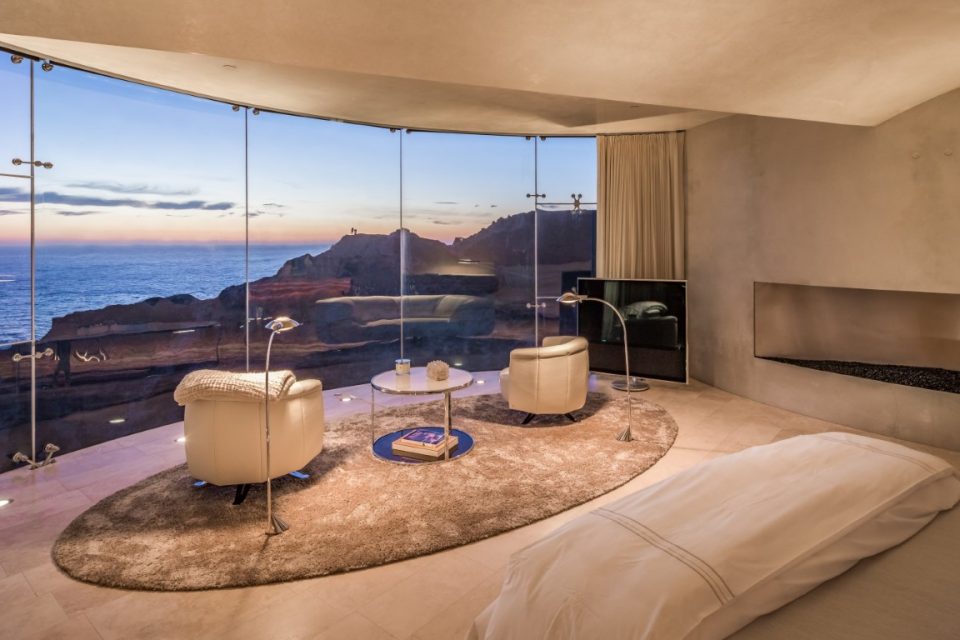 Floor to ceiling glass walls in the Razor House capitalize on the view and lovely sunsets. 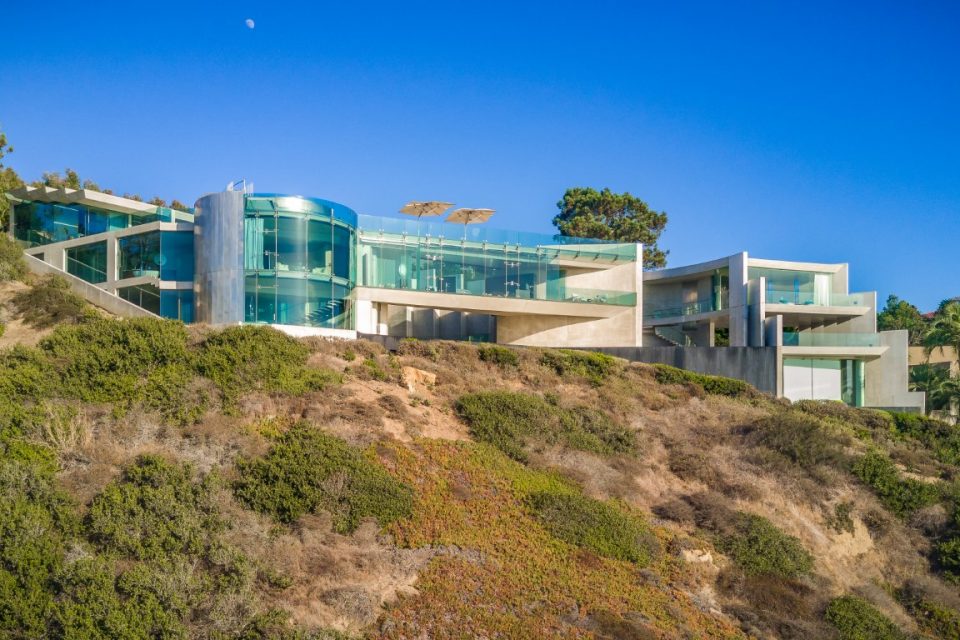 The Razor House is perched on a crest overlooking the ocean while the Phoenix house also rests on a hill but overlooks a valley.

The super-star couple are big fans of modern architecture, proven when they purchased the Razor House in La Jolla, California in 2019 for $20.8 million - originally priced at $45 million.  The Razor House is one of the world's best ultra-modern homes with commanding views over the Pacific Ocean and seen in Visa Black Card and Calvin Klein commercials.  The common denominator in the Alicia/Swizz choice of homes is extreme modern with stunning long-range views.  Though they loved their Phoenix getaway home, time restraints due to their work obligations made it almost impossible to enjoy the home the way they had intended.

Gated and located at the end of a cul-de-sac, the Phoenix house measures 7,050 square feet with four bedrooms and six baths.  Rooms are spacious and focus on the views.  Special features include an 800-bottle wine room, a wet bar, home theater/game room, an eat-in chef’s kitchen with pantry, a six-car garage with elevator to the main living area and an infinity-edge pool and spa.  The master suite also commands stunning views, is spacious enough for the grand piano seen in the home’s listing photographs, and has a huge dressing room walk-in closet along with a private terrace.

The couple’s current home, Razor House, ranks near the top of any list of best contemporary homes found anywhere from Los Angeles to the Hamptons. Built in 2007, the home extends several stories below the home’s surface so that each roof forms a terrace to the adjacent upper floor. The center of the structure is essentially hollowed out, creating a perimeter house wrapped around an open courtyard which allows daylight, moonlight and stunning views. The main house has 10,240 square feet of living space, including two master suites, two additional bedrooms, six baths, two steam rooms/showers, gym, roof-top spa and built-in outdoor BBQ. The master-suite baths include showers and freestanding tubs as well as closets. The detached multi-level guest house has 1,301 square feet and includes two bedrooms and two baths, each with separate entry points on different levels.

Both Alicia and Swizz have curtailed performing and traveling during Covid, Keys performing a medley of songs at the 2021 Billboard Music Awards that were from her 2001 breakthrough album Songs in A Minor and Beatz scheduled to lead a tribute to DMX at Summer Jam 2021.

Scott Grigg of The Grigg’s Group, Realty Executives, was the listing agent who handled the sale of the Phoenix house. 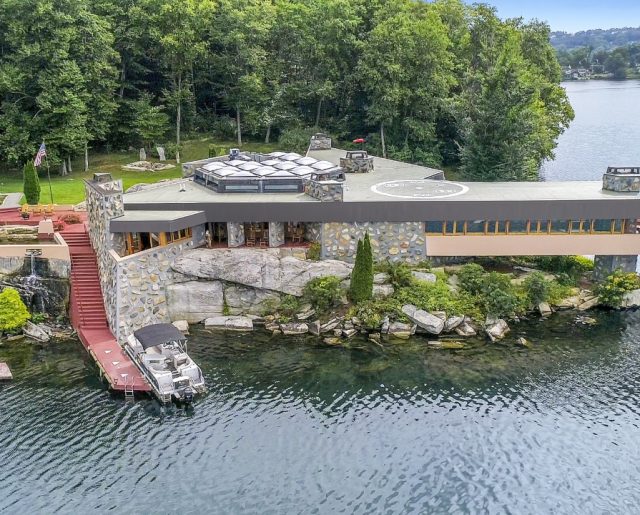