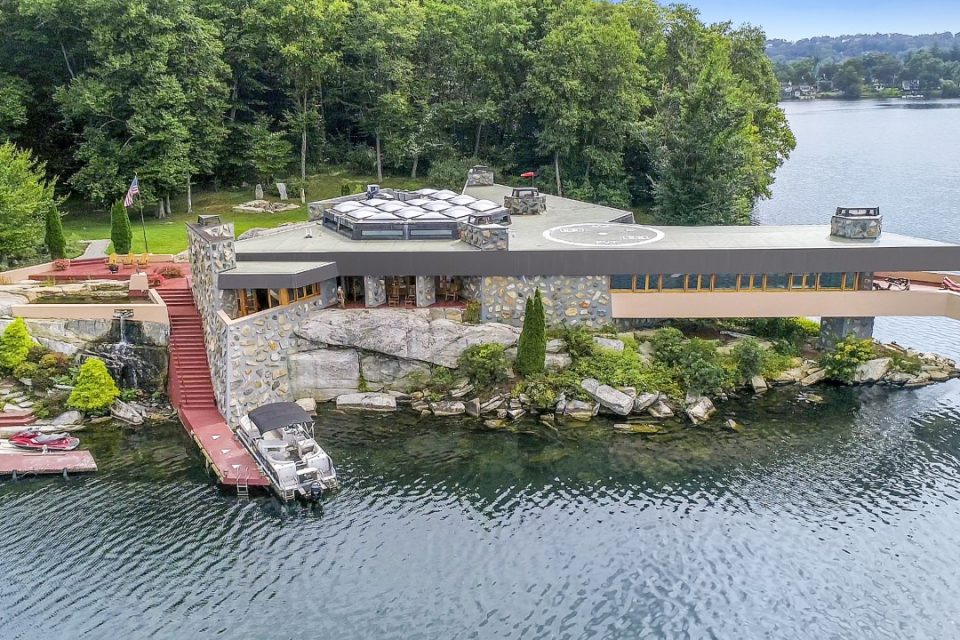 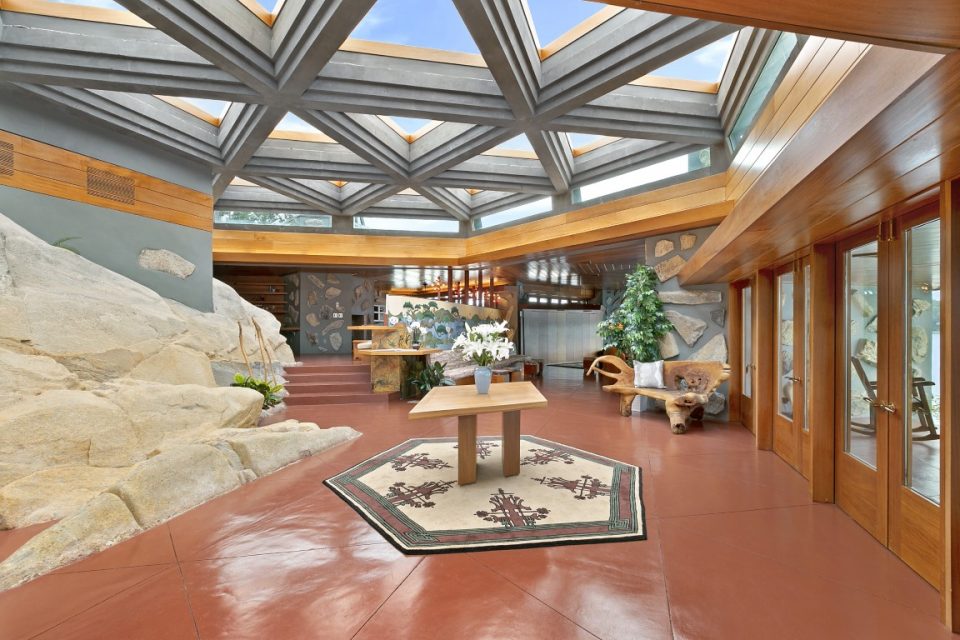 One of Wright's trademarks was designing ceiling interest and in this case, grouped skylights. 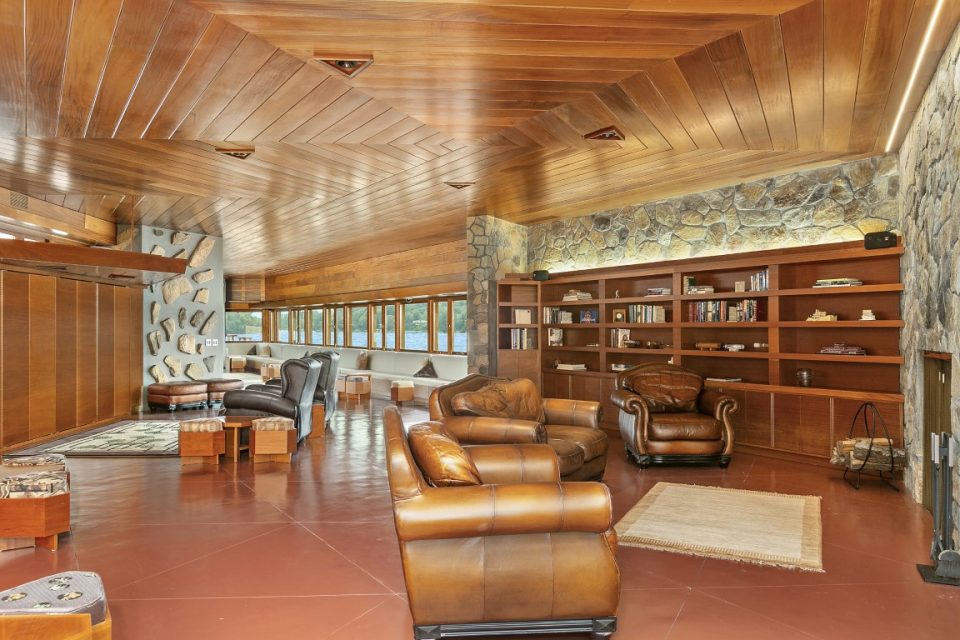 With six fireplaces, there is always a place to sit and watch the flames. 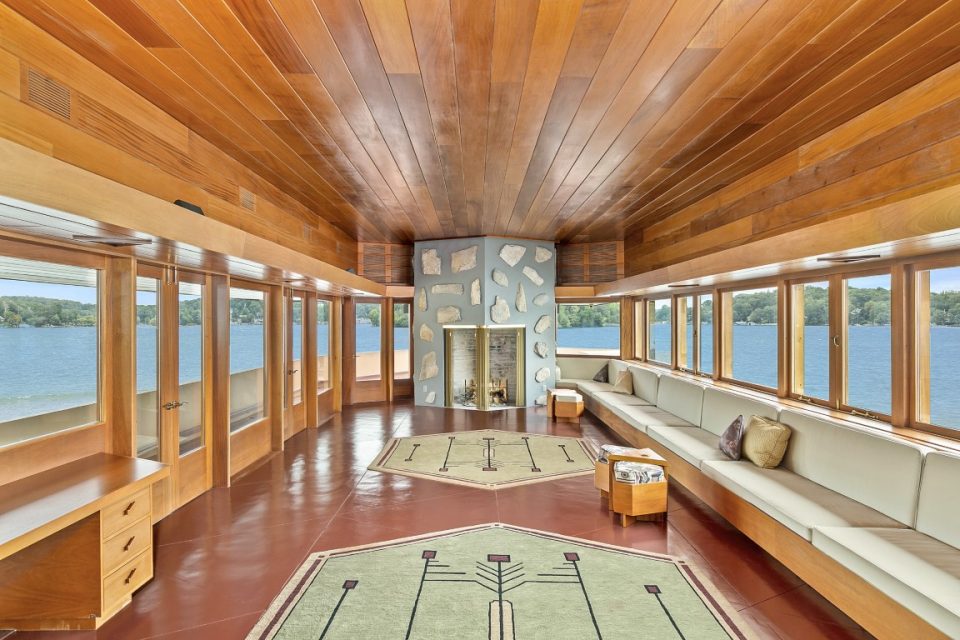 The cantilevered section over the water also has a fireplace. 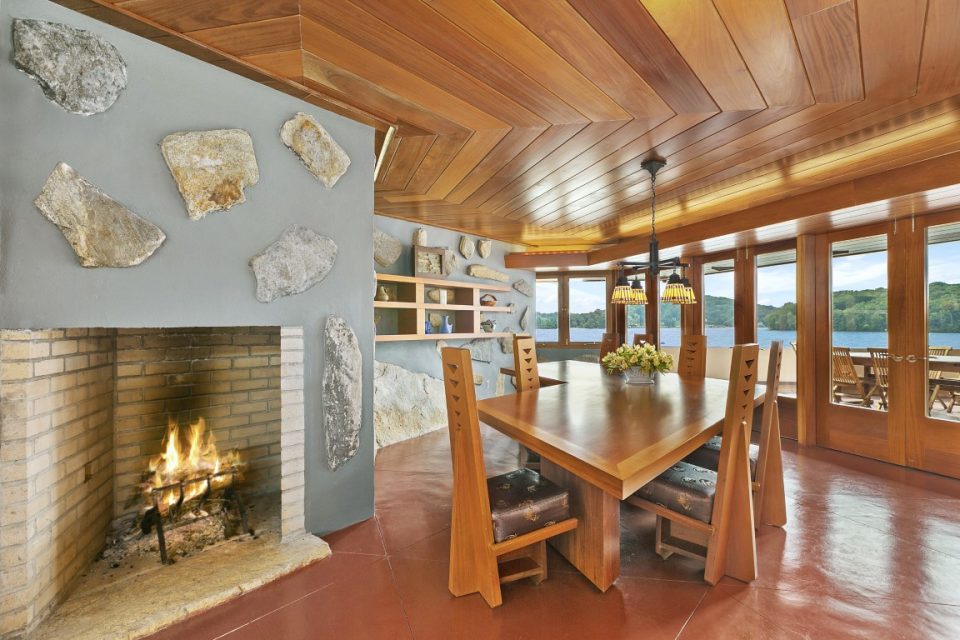 The dining room table wraps around to another fireplace. 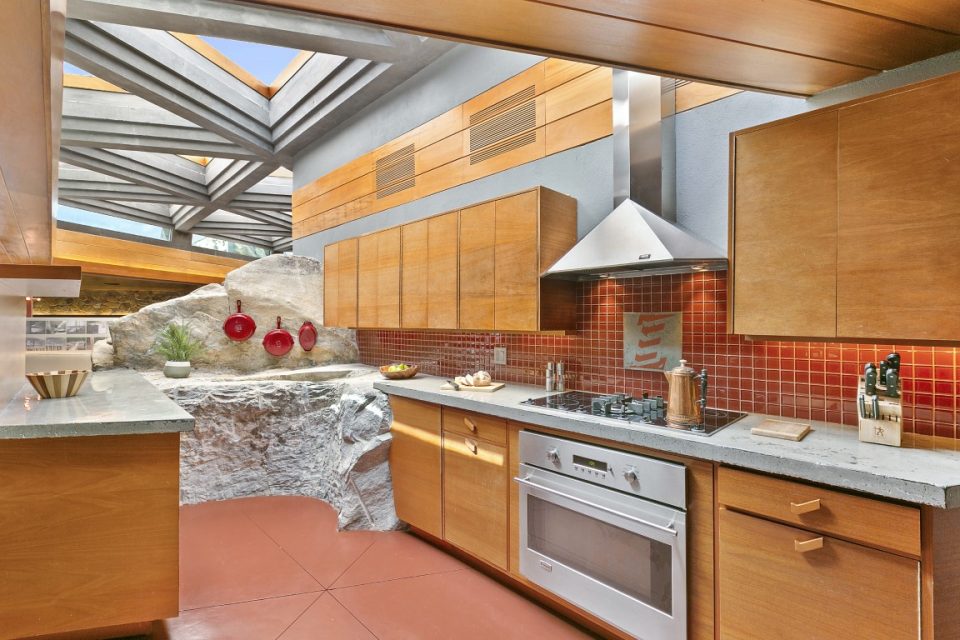 The kitchen sports its own outcropping of boulders. 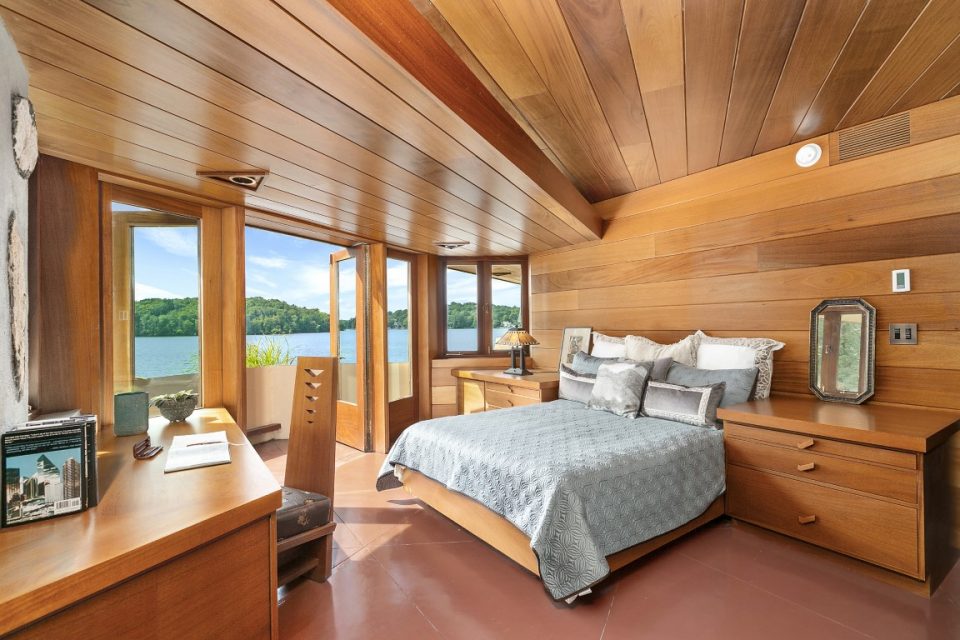 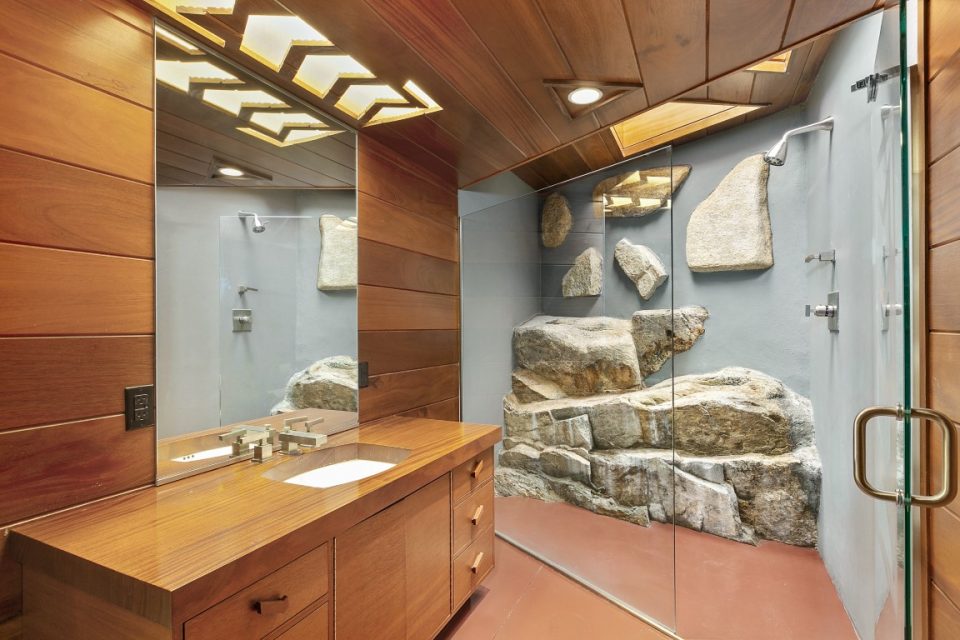 Shower with a touch of nature. 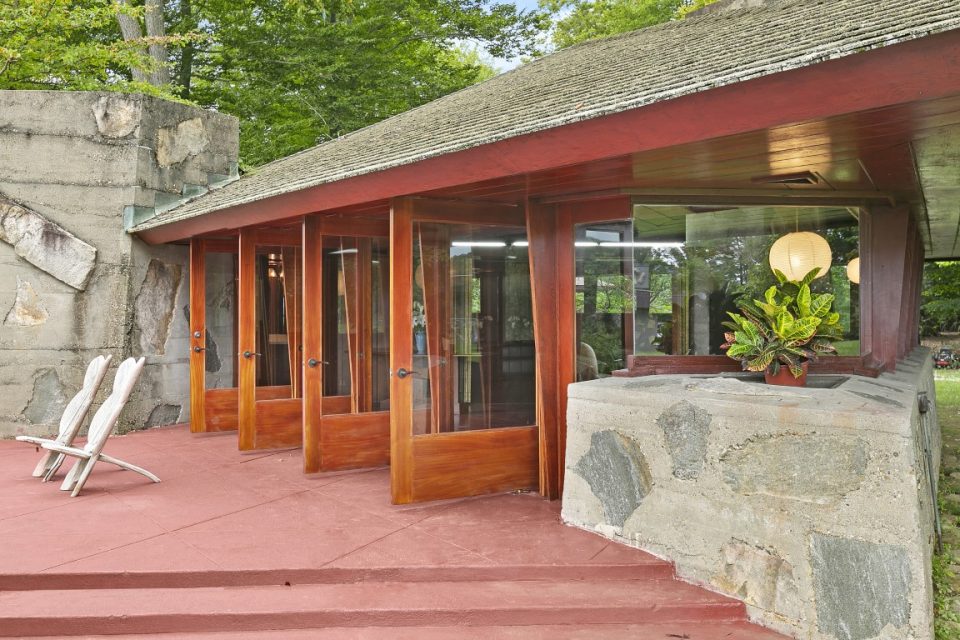 A bank of French doors opens to the waterside deck. 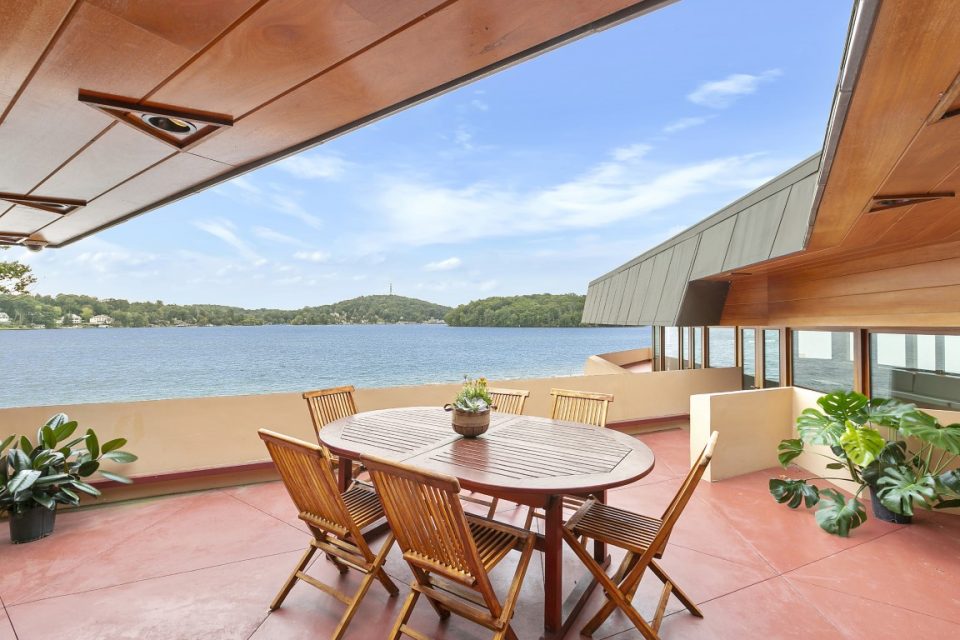 The deck offers an additional dining area with open views. 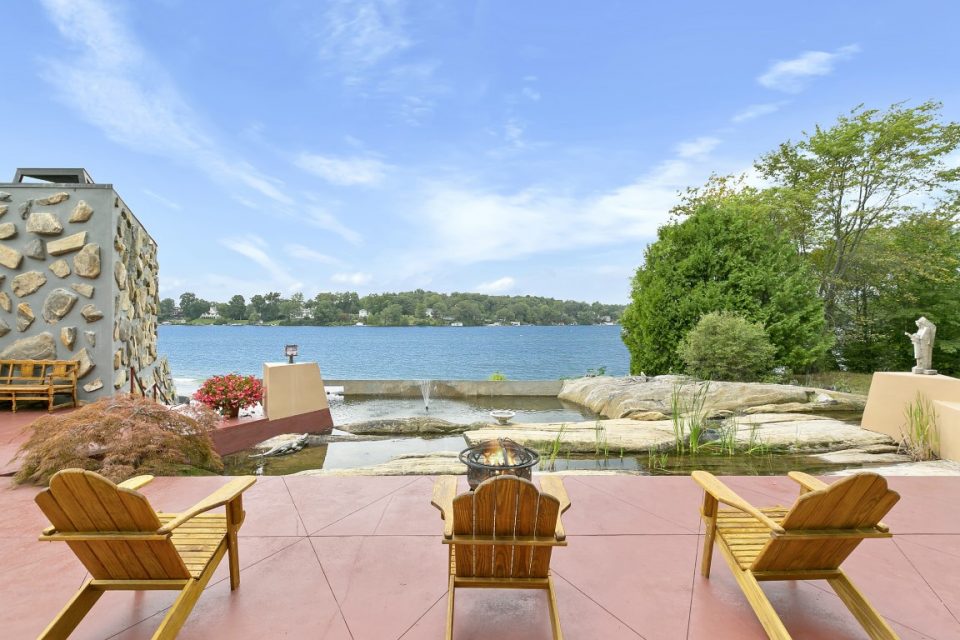 There is a lot of space for indoor-outdoor living. 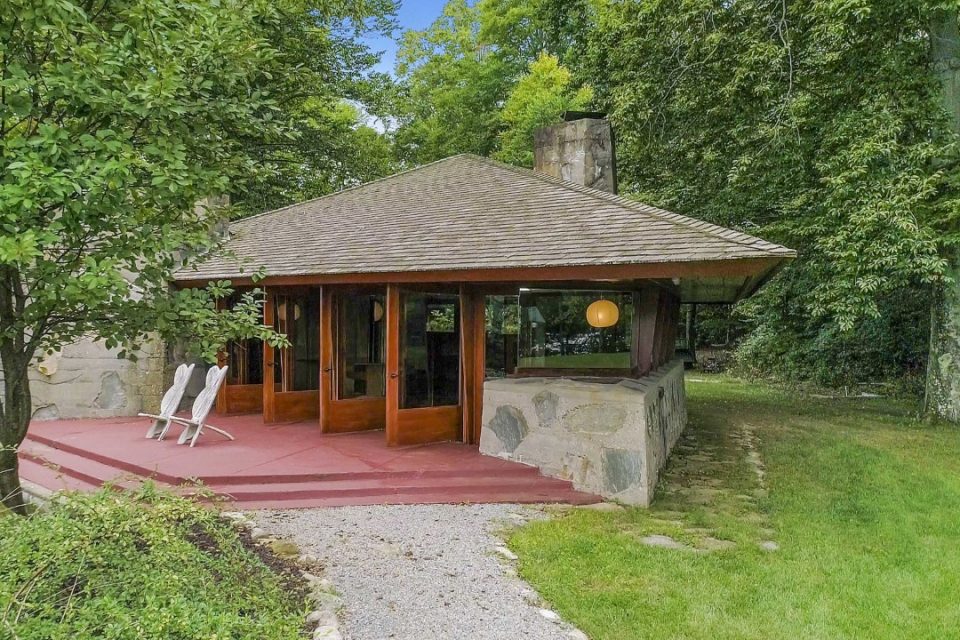 Guest house #2 holds its own charm. 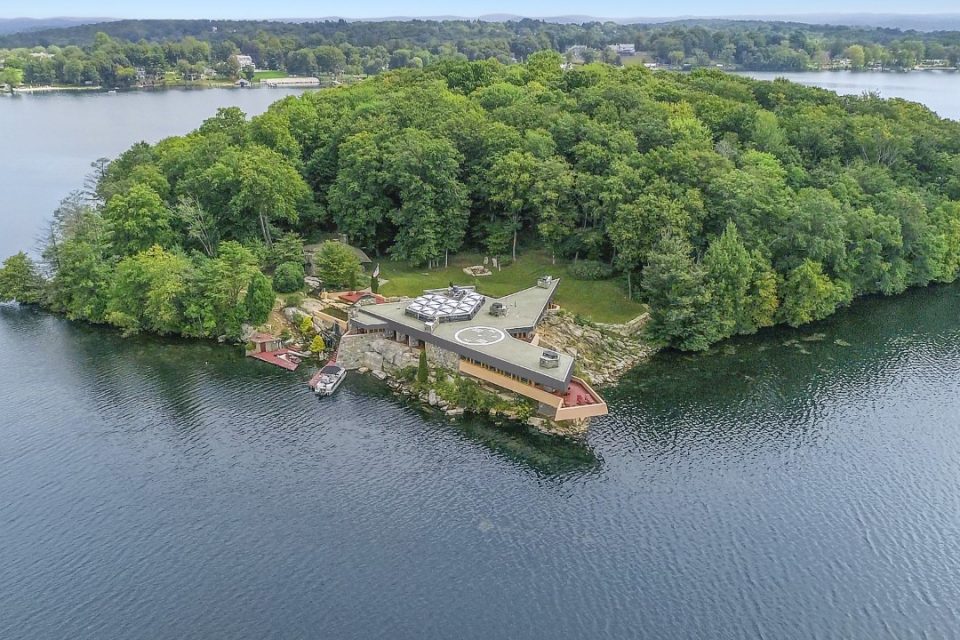 The home is completely private on its own island.

The most famous architect in American history, Frank Lloyd Wright designed over 1,000 structures, including Fallingwater, Johnson Wax Headquarters and the Guggenheim Museum. Roughly 50 miles north of New York City in the middle of Lake Mahopac on its own island, there is a stunning house cantilevered over the water that has had its share of controversy over whether or not it was designed by Frank Lloyd Wright.  Originally listed in 2012 at $20 million, it is back on the market priced at $9.95 million.

Known as the Massaro House, the original owner of the island, Ahmed Chahroudi, engaged Wright in 1950 to draw the plans of the main house and guest house.  When they were completed, Chahroudi realized the cost to build was far over his $50,000 budget, so he had only the 1,200-square-foot guest house built.  The plans were passed on to the next owner, Joseph Massaro, who purchased the island in 1996 for $700,000.  Massaro wanted to build the main house but didn’t care for some elements in the plans.  The Frank Lloyd Wright foundation required $450,000 to rework the plans and supervise the construction in order to certify the house under the Wright name.   This was untenable to Massaro, so he hired Thomas A. Heinz, an architect-contractor and Wright historian to do the house instead.  The Frank Lloyd Wright Foundation took Massaro to court obtaining a judgement that he was only allowed to describe the main house design as “Wright inspired,” though the guest house was an original Wright.

Built in 2007 on the 10.37-acre Petra Island, the 8,415-square-foot house has four bedrooms and two baths, between it and the guest houses there are six bedrooms and four baths.  Also on the property is the original 1950 Wright-certified guest house, a second guest house, tea house, beach, dock and helipad.  Many Wright features are immediately recognized such as the large fireplace in the room jutting out over the water (there are six fireplaces in all), grouped skylights, built-in furniture, close to nature with the house built around and including boulders, and the use of wood throughout the home.  Changes that Massaro made were adding air conditioning and radiant heat and the safety feature of chimney caps, which Wright detested.  Massaro also removed a stairwell that ran from the deck to the shore.  Wright’s designs would not pass today’s building codes as initially drawn.

Used as a private getaway or for holding events, the island is only 50 miles from Manhattan and can be accessed by car, boat and helicopter. Lake Mahopac is a 587-acre lake to enjoy fishing, boating, jet skis and wave runners with skating and ice boating in the winter.  A number of the island’s residents commute to Manhattan.

Margaret Harrington and Monica Webster of Douglas Elliman are the home's listing agents. 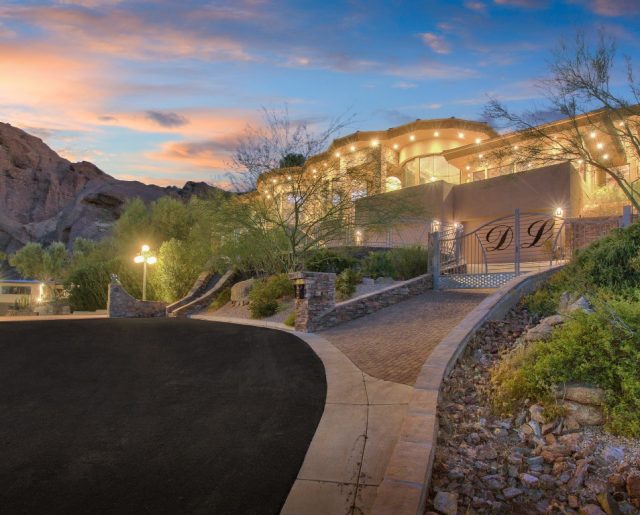