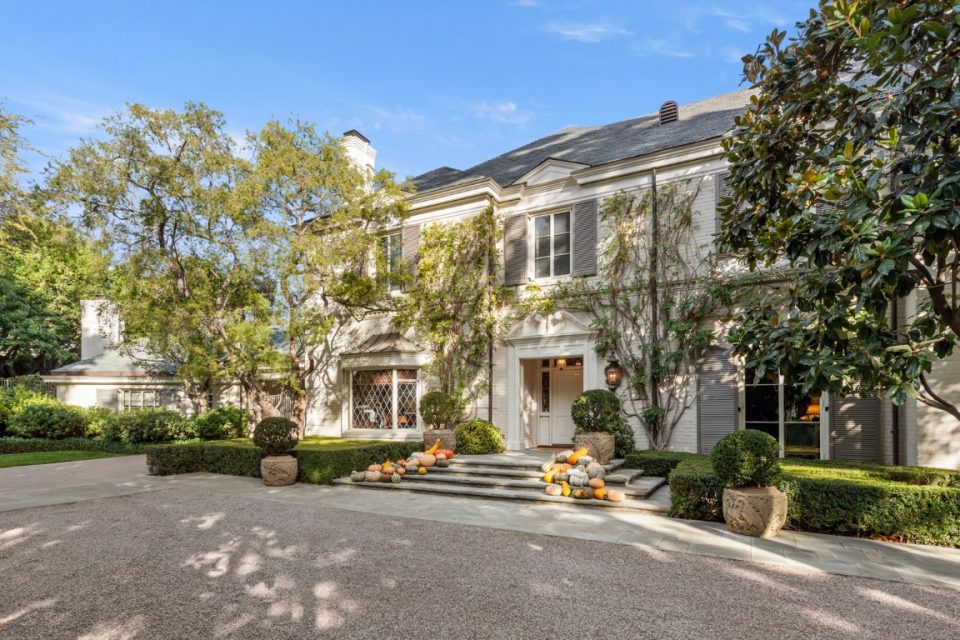 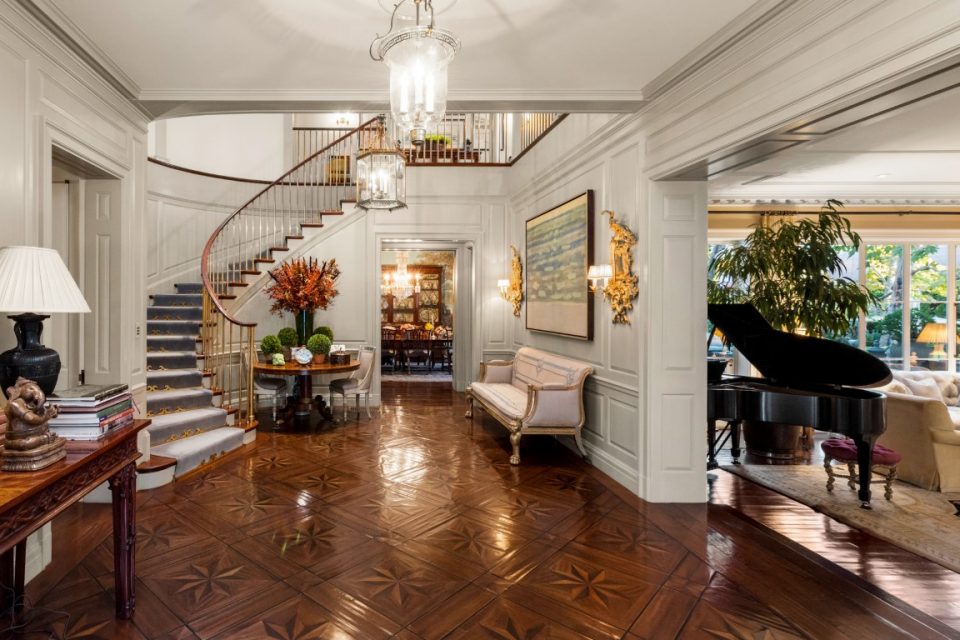 The house and grounds have a slightly British vibe. 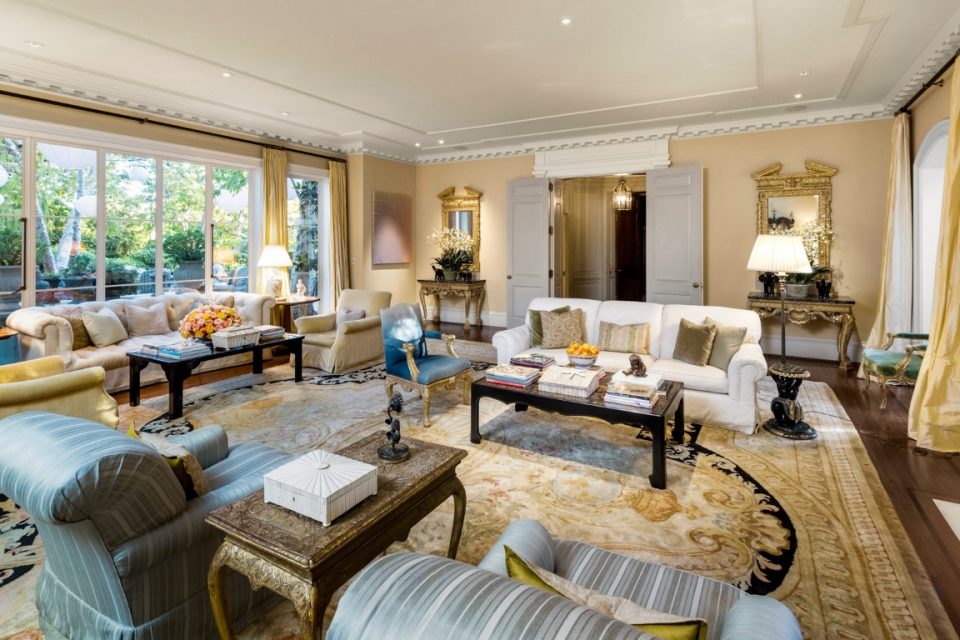 Room sizes are ideal for entertaining. 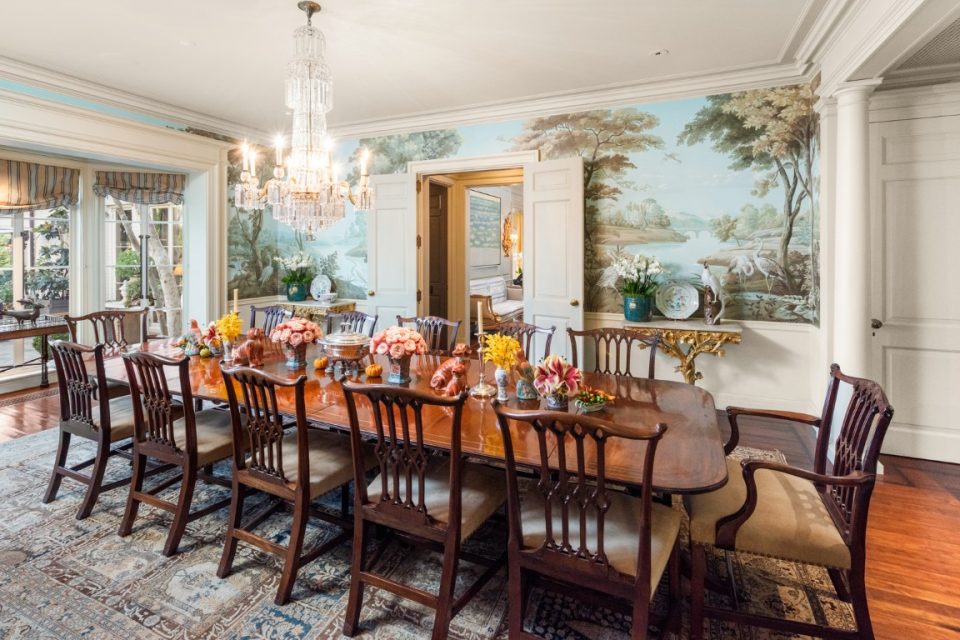 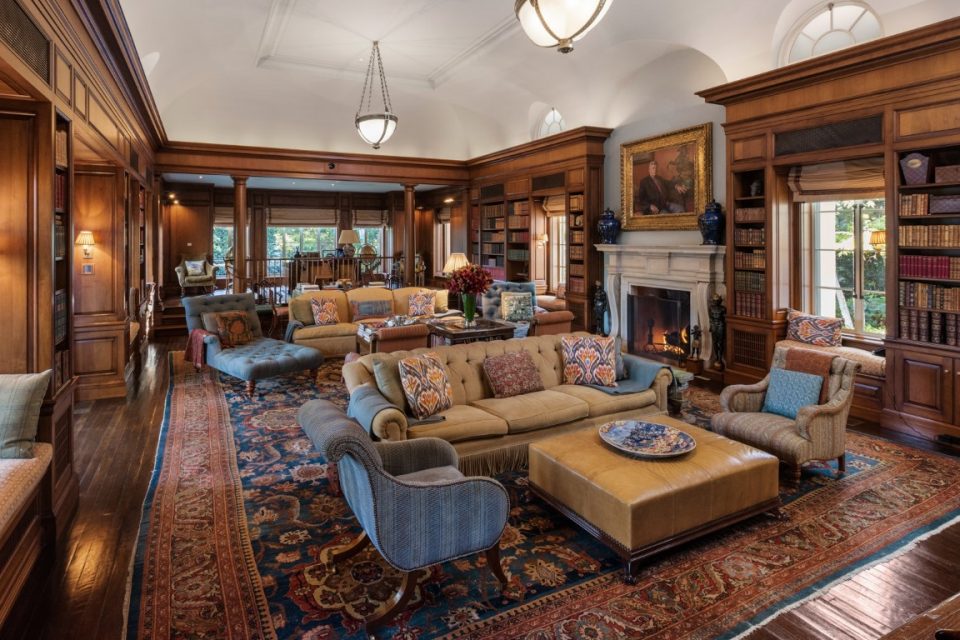 The large paneled library brings visions of after dinner brandy in front of the fire. 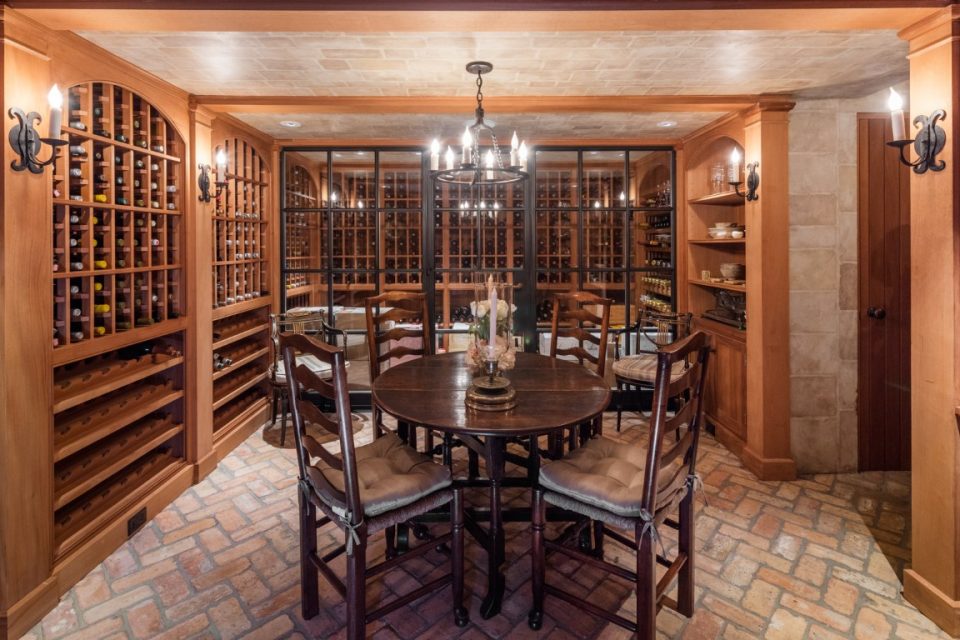 The wine room is a good venue for wine tastings with friends. 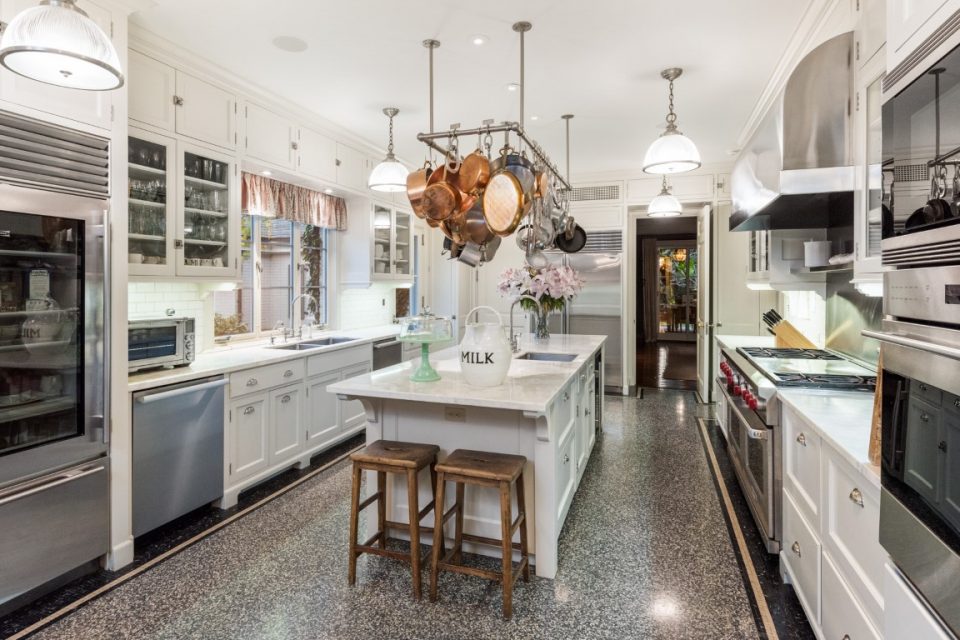 The versatile kitchen is a good place to prepare family meals, oversee homework or for caterers. 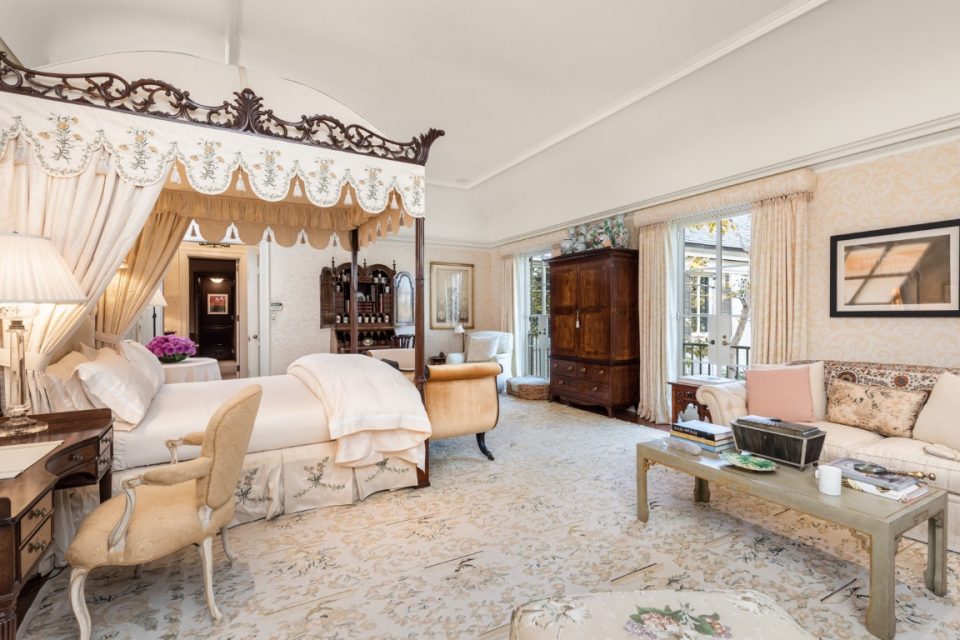 The primary suite is very elegant. 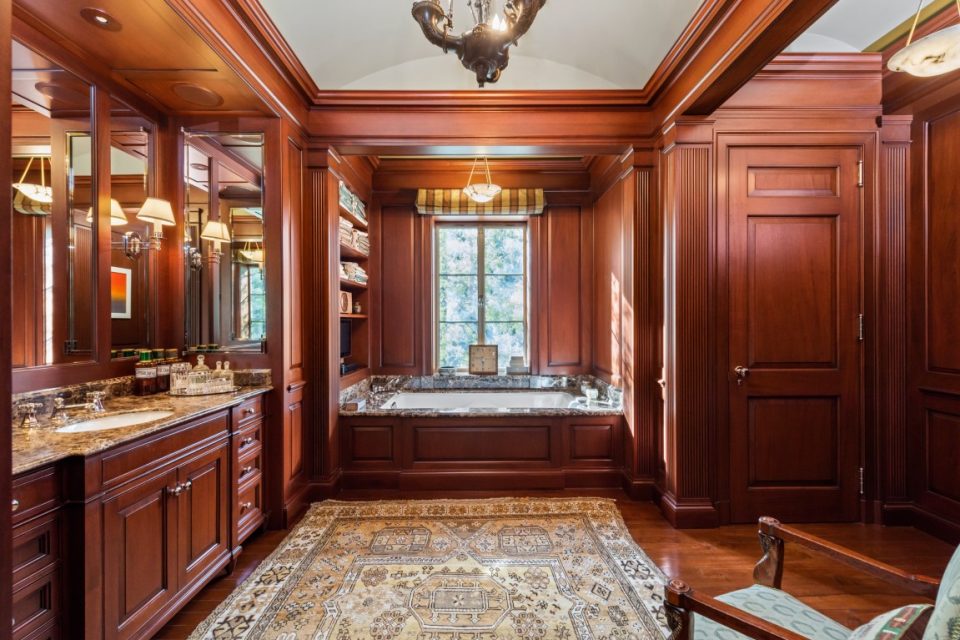 The primary suite bath has a touch of Old World charm. 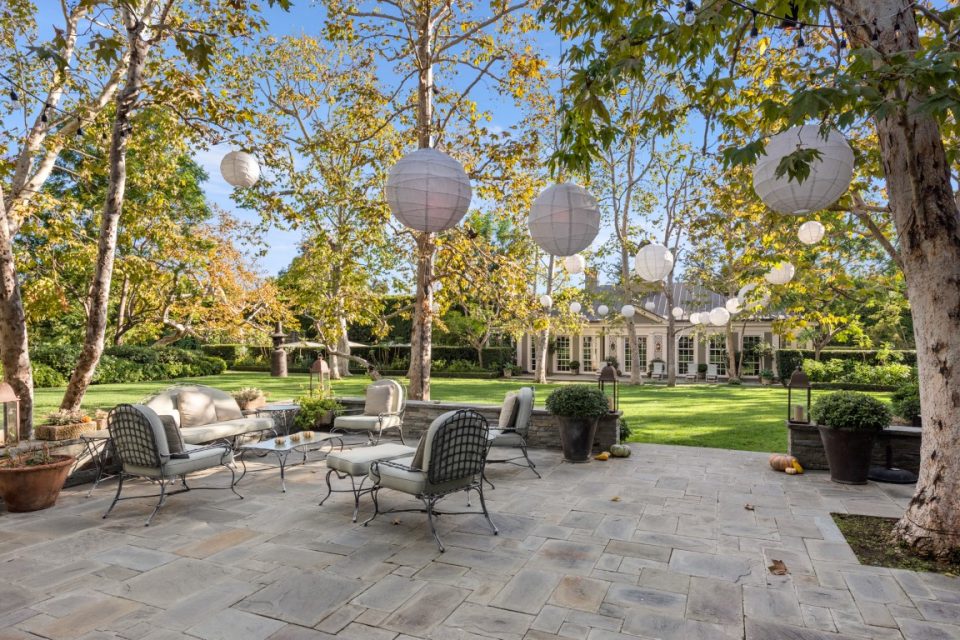 The grounds have many venues for entertaining. 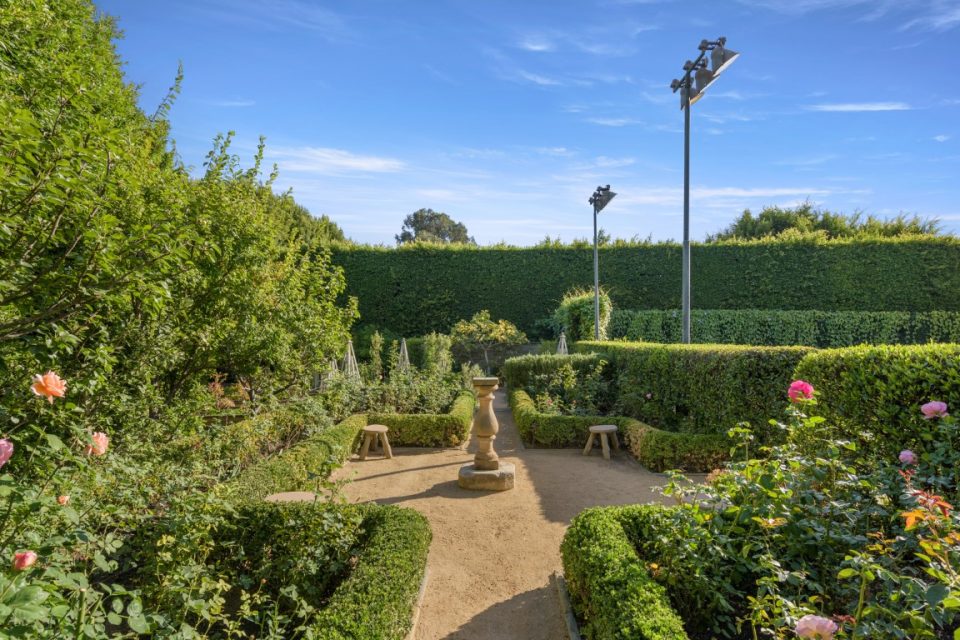 One of the gardens is formally styled. 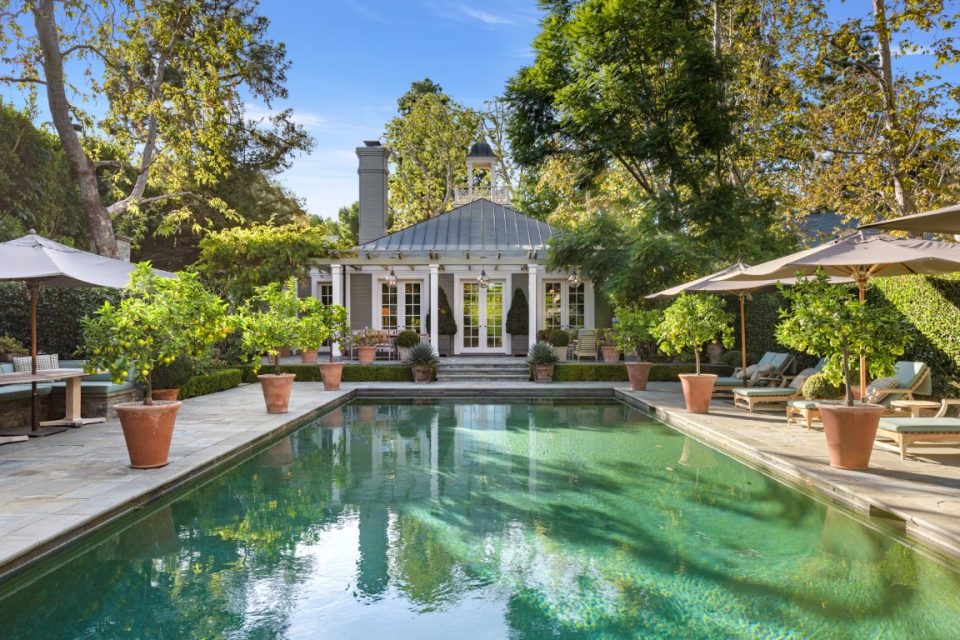 The home has an estate-sized pool and pool house for more casual entertaining. 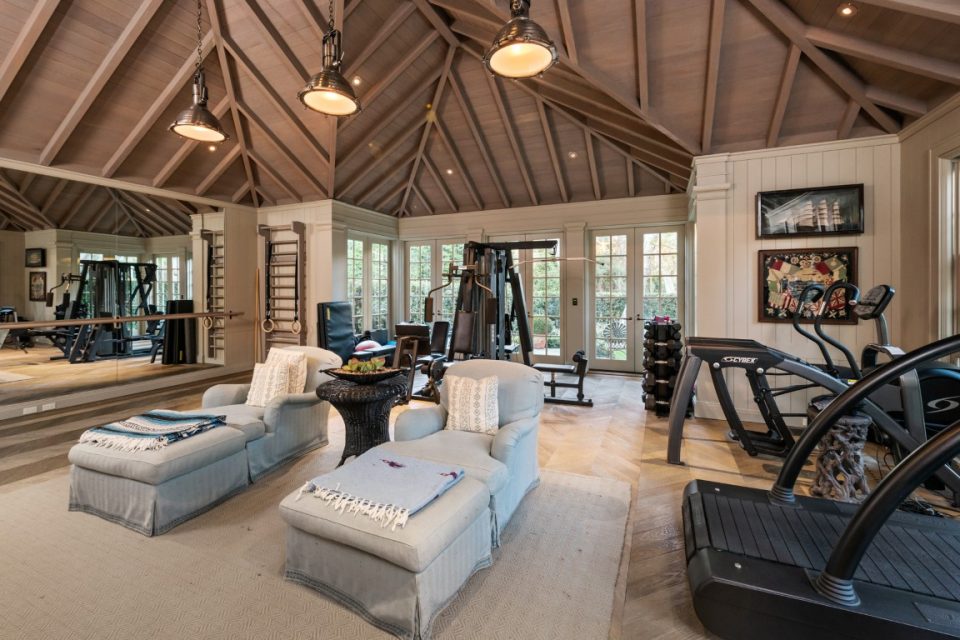 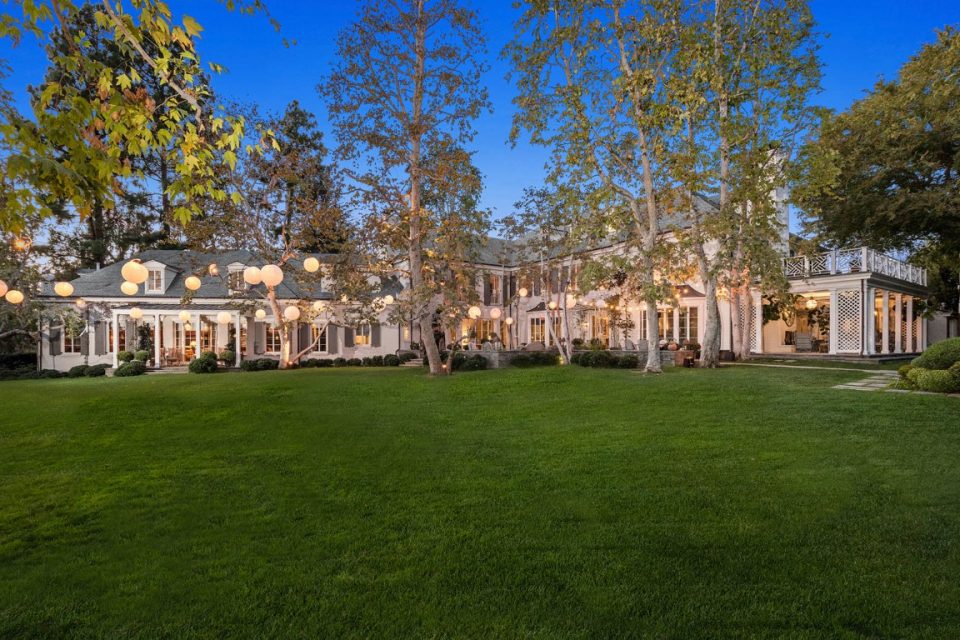 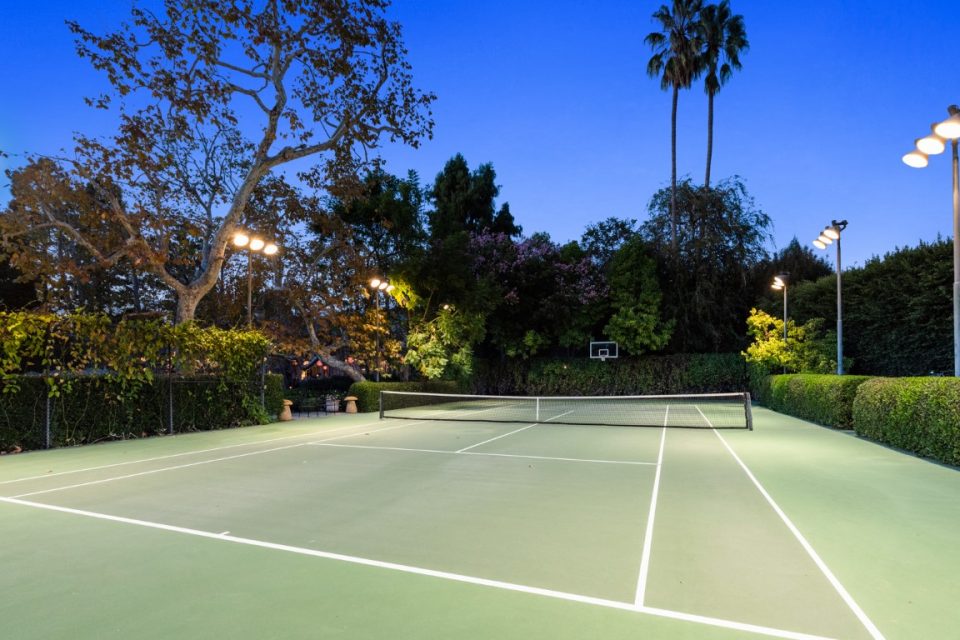 Work off the day's stresses with a few games of tennis on this pristine court.

After splitting from the popular British boy band, Take That, Robbie Williams has become one of the all-time, best-selling British singer-songwriters, selling over 75 million records worldwide.  He also set a world record by selling 1.6 million concert tickets in just one day.  As most of the mega-wealthy have been doing, Williams and his American-actress wife, Ayda Field, have been sinking their fortune of approximately $300 million into some of the most glamorous real estate on the planet.  The Faring Estate, their most recent purchase, was the former home of Fannie Brice, the original Funny Girl.  Totally updated, and at one time listed as high as $70 million, Williams purchased the Holmby Hills home for $49.5 million.

The main house, with an attached and two separate guest houses, is found behind the double-gated entry, located on just under two private acres.  There is a circular motor court and a second gated motor court with a garage, which will accommodate 15 or more cars. The two-story house has an impressive light-paneled foyer with a spiral staircase and inlaid wood floor.  It opens into a large-and-cheerful main living room with sunshine pouring through the large windows.  Dental molding surrounds the ceiling and many Old World artisan touches are still evident.  The formally paneled wide entry into the library currently shows its whimsical side with a large quirky piece of artwork hanging between the two entry doors. The formal dining room will seat 12 comfortably and above its wainscotting is scenic wallpaper of trees over water.  Encompassing 18,925 square feet, the compound has eight bedrooms and eleven baths.  The luxurious primary suite in the main house has a fireplace in the sitting area and what every couple dreams of: elegant separate baths, his with a masculine vibe and hers much more feminine with its own salon hair station.  Additionally, there is a chef’s kitchen with breakfast nook, a book-lined study with views over the grounds and a comfortable family room with fireplace.

In addition to a spacious lawn for rambunctious children, everyone will enjoy the pool and pool house with its fitness center.  A rousing game of tennis can be played on the pristine tennis court and for those who like to grow organic, there is a brick-paved, raised-bed, vegetable-and-flower garden, as pretty as it is functional.  There is also a long koi pond with tiny fountains along the sides where one can sit on a bench and enjoy quiet contemplation.

The Holmby Hills mansion isn’t the first U.S. home Williams has owned. After selling his last home to Drake in early 2022 for $75 million - almost $43 million more than he paid for it in 2015 - he has now captured one of LA’s most storied and lovely homes for his family of six. 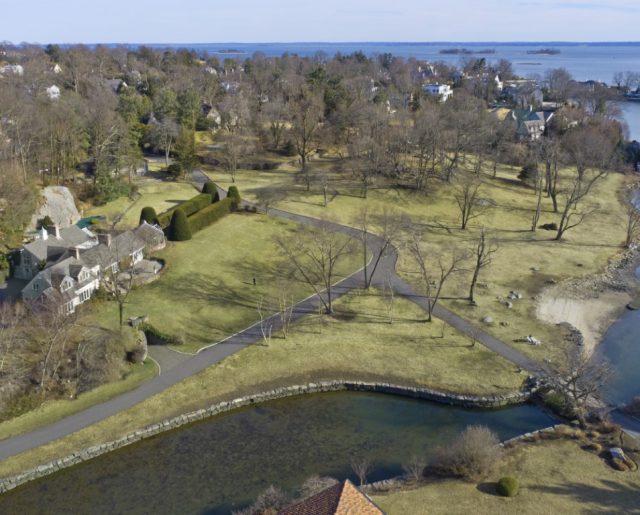 Perils of Pauline was a 1914 bi-weekly silent film serial in movie theaters that was produced by William Randolph Hearst,...Read More