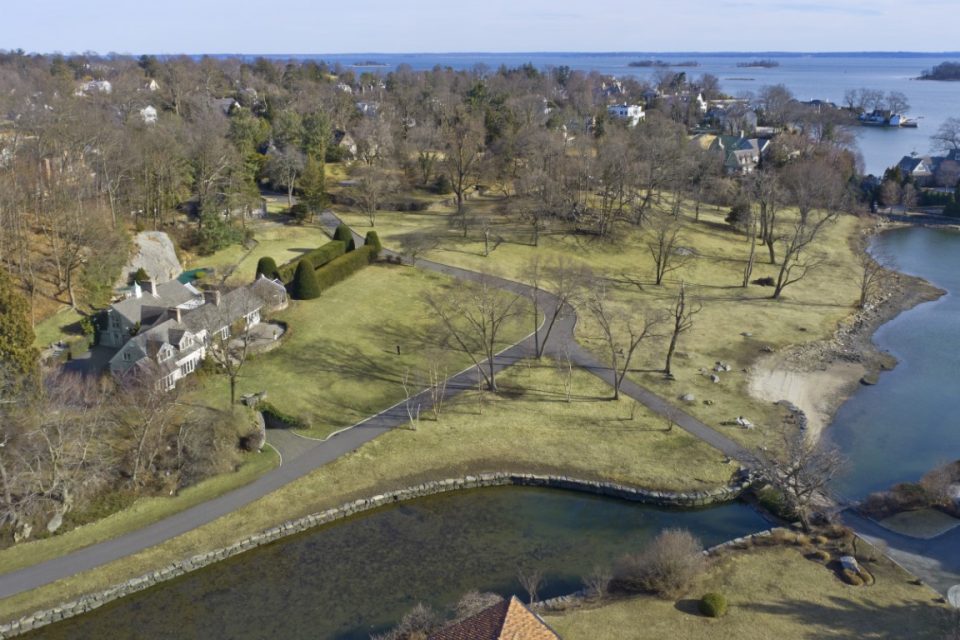 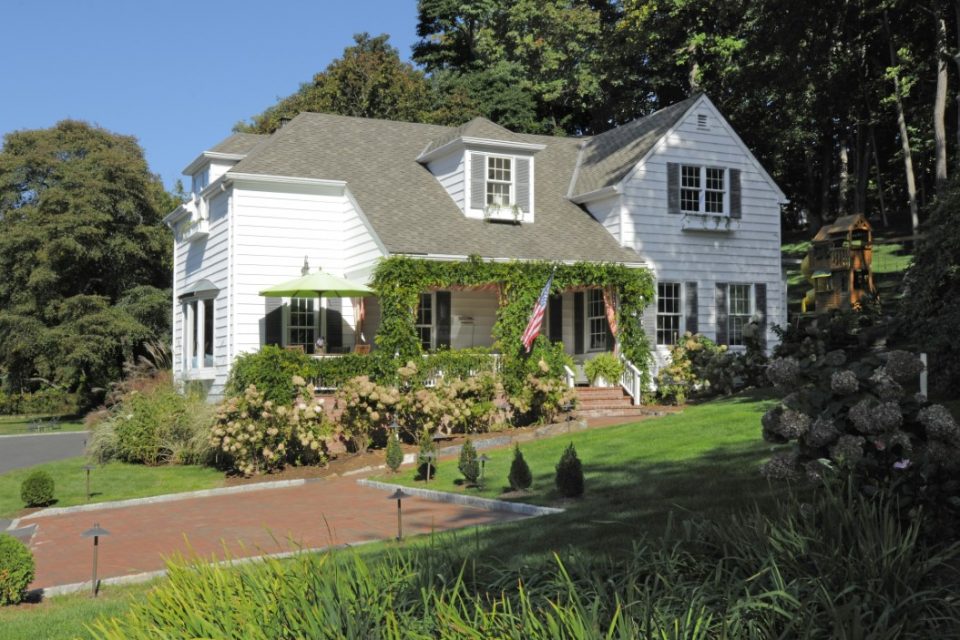 The main house is the largest. 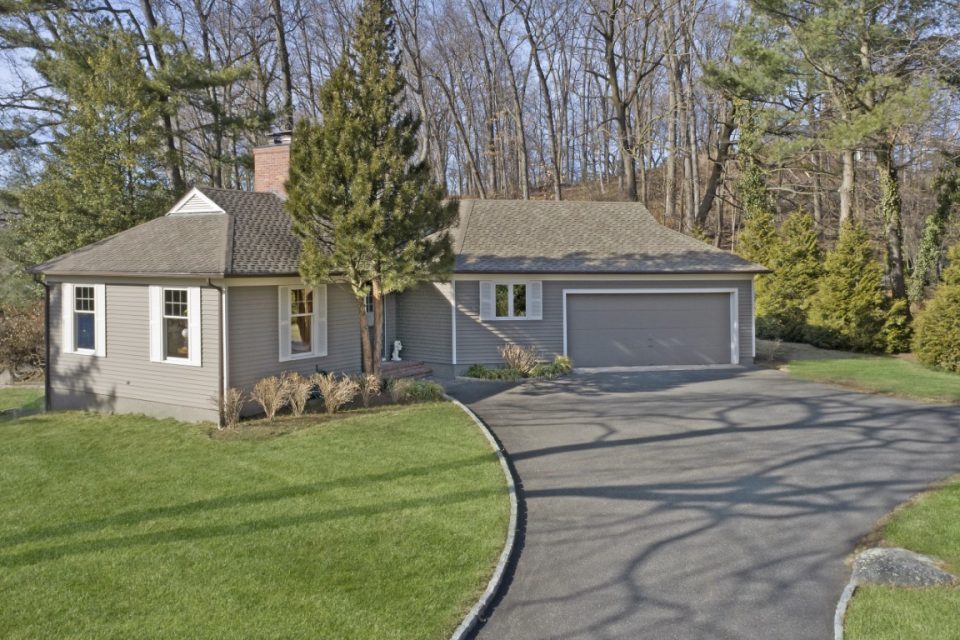 Another of the houses is more of a cottage style. 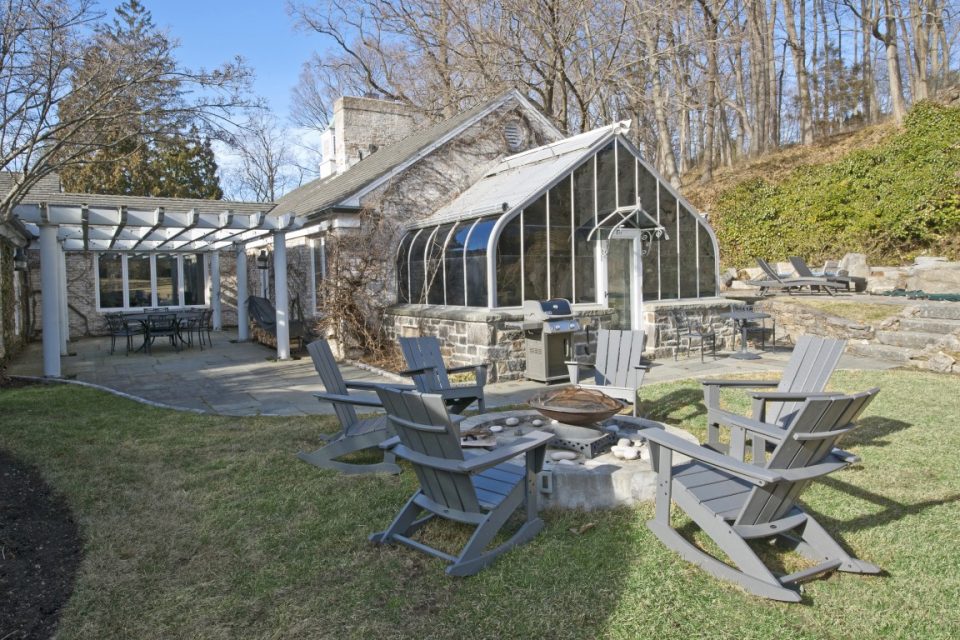 With its lovely waterfront location, glass sunrooms capitalize on the view. 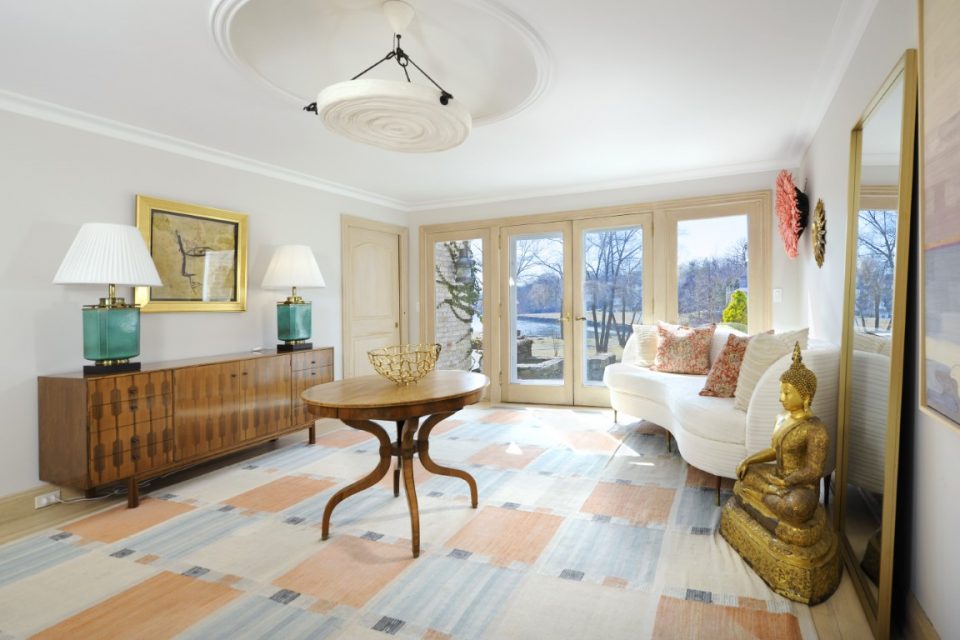 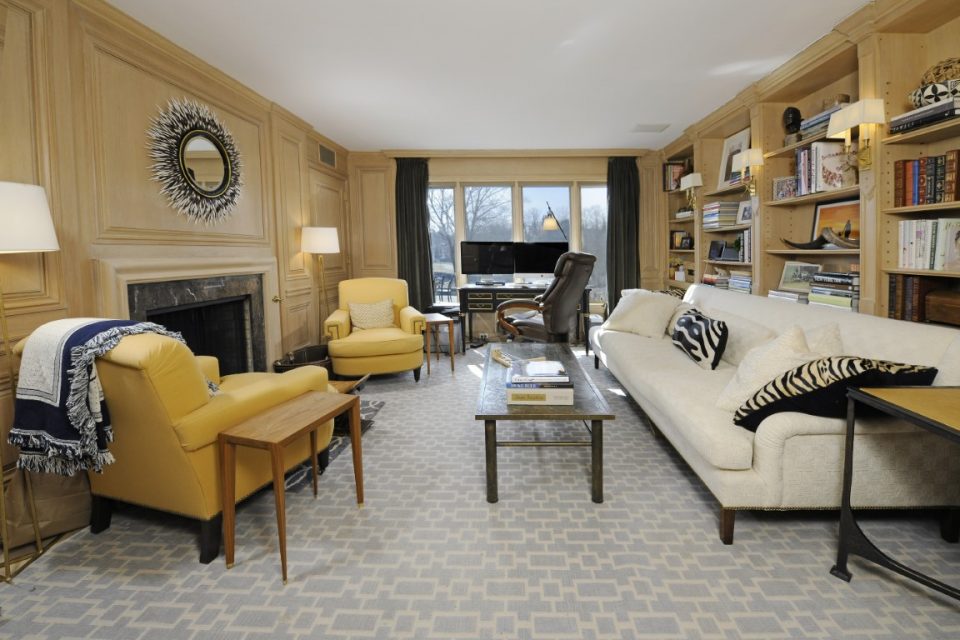 The living room has a cozy fireplace for chilly evenings. 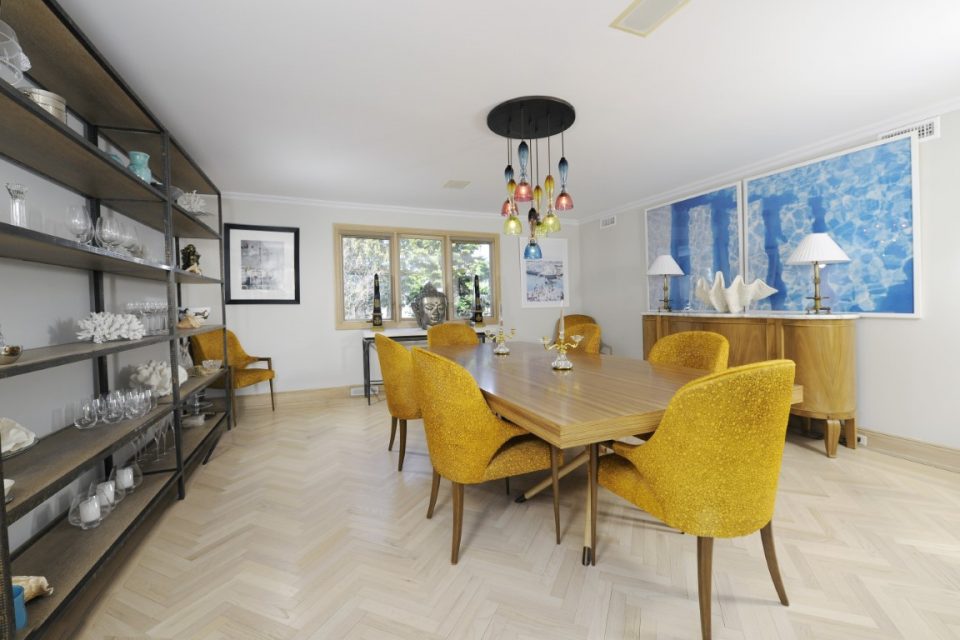 The dining room is a good size for a small dinner party. 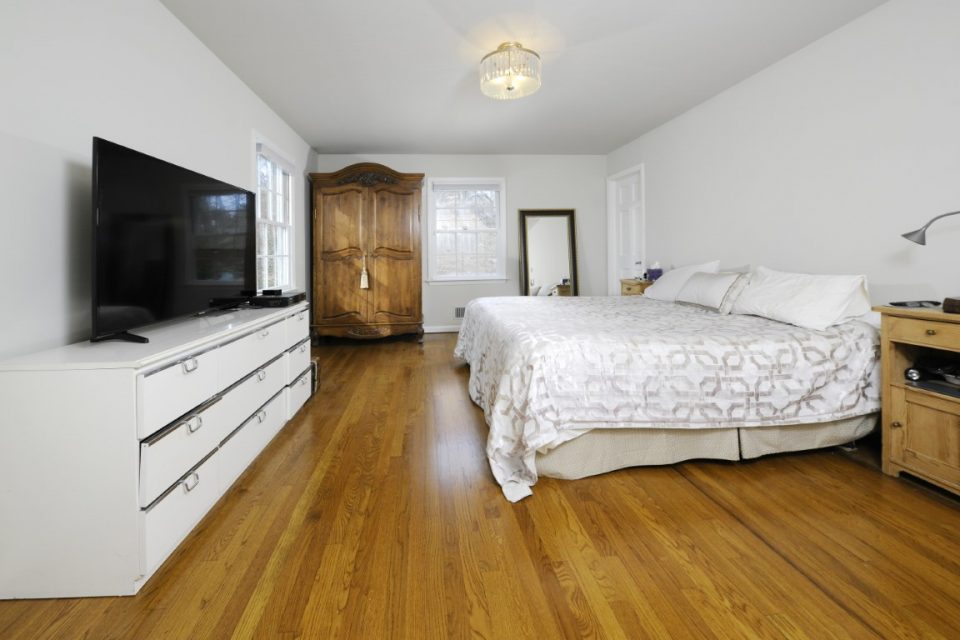 The primary bedroom is bright and sunny. 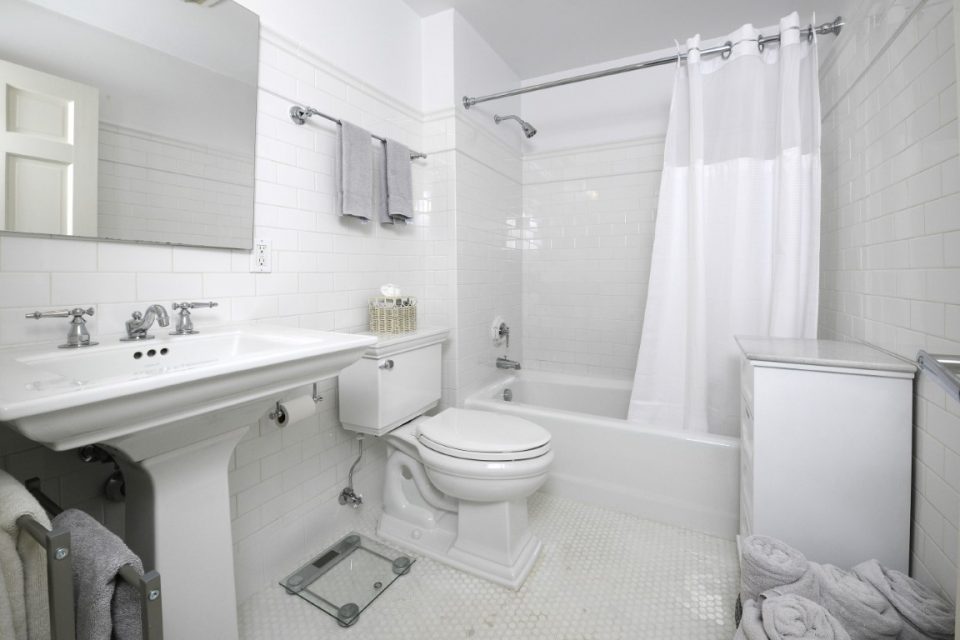 The adjoining bath is pristine and bright. 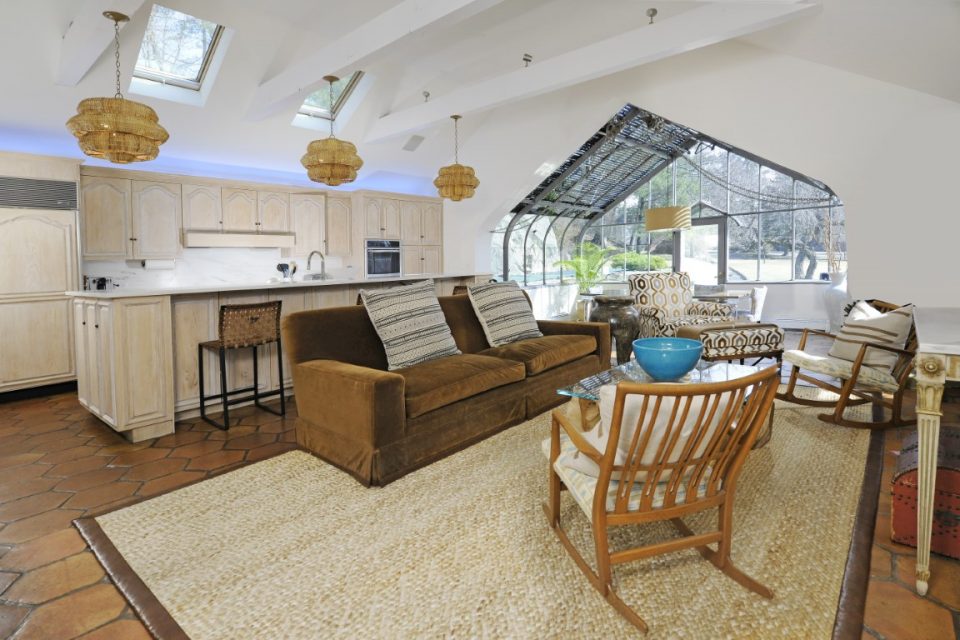 The kitchen and family room open to one of the sunrooms. 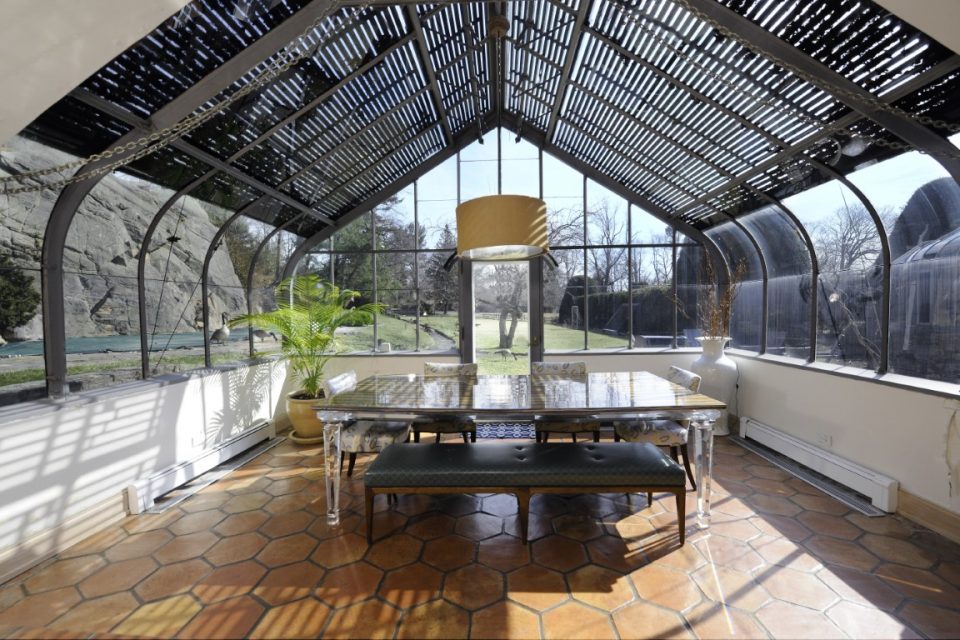 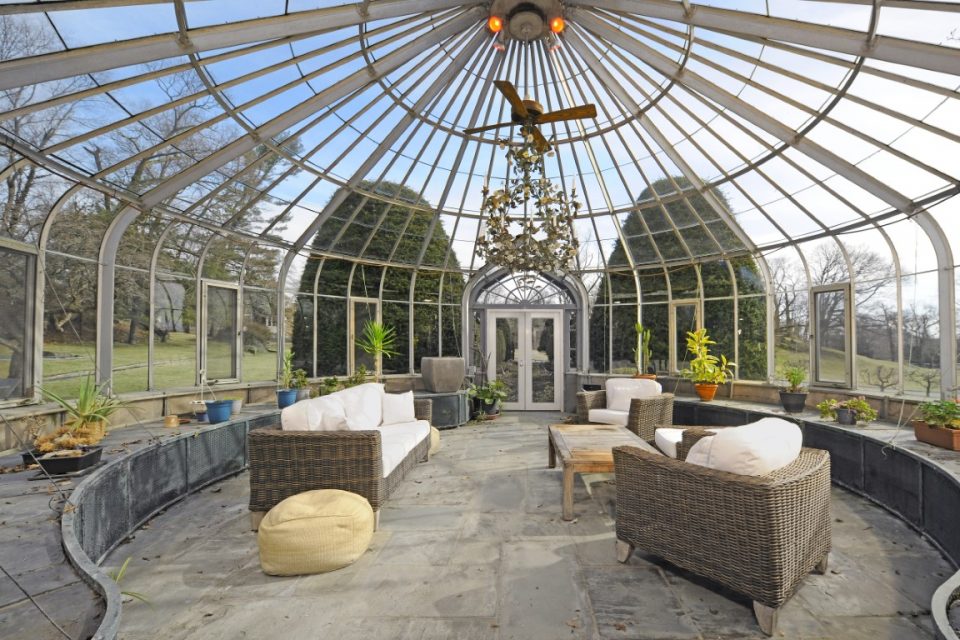 The large attached sunroom/greenhouse is cheerful in all seasons. 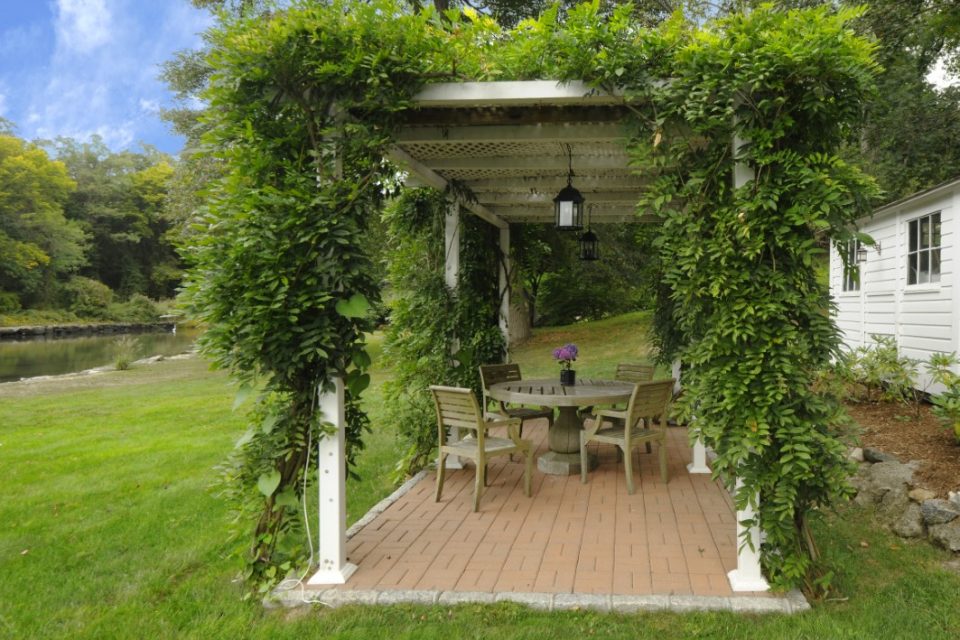 A charming vine-covered porch would be lovely for morning coffee.

Perils of Pauline was a 1914 bi-weekly silent film serial in movie theaters that was produced by William Randolph Hearst, the same man who once owned the Hearst Castle in San Simeon, California and the Hearst Estate in Beverly Hills - where parts of The Godfather were filmed.  Perils of Pauline serials ran on-screen before the main feature and came with as many as 20 episodes so customers would be drawn back to the theater brimming with curiosity over what the next episode would hold.  The shows were a huge hit, partially because the heroine was far too adventurous for the times, considering that women had not yet won the right to vote.  Of course, since all heiresses must live in glamorous places, Perils of Pauline was filmed at Quarry Farm, which is now an estate of three homes on 6.3 acres on Byram Harbor on Long Island Sound.  For the first time in 35 years, the gated complex has been placed on the market - listed for $15.2 million. Quarry Farm also provided granite for the Brooklyn Bridge.

An heiress, Pauline had a bucket list of adventures she planned on having before getting married.  One bucket list item per episode was a clever idea, especially since her items included things like balloon rides and riding a racehorse - whichever activity was chosen, the ending would be a cliffhanger that would build anticipation to come back and see how it ended.  It is believed that the word 'cliffhanger’ came into existence as a result of her films with the cliffhanger endings - did she fall from the cliff or was she saved by her hero?  The public wanted to know, so they kept coming back.  During the silent film era, which lasted until the 1930s, serial films were cost-efficient to make, providing the studio with profit.  However, “talkies” required a sound studio, which increased costs, and the serials came to an end after World War II.

The setting for Perils of Pauline was a charming property on Long Island Sound.  Located inside the gates of Belle Haven and again behind the gates of the Quarry Farm community, the property sits on a peninsula and has three separate homes.  One of the home interiors has been stripped to the studs, which can be finished to the new owner’s taste, and the two other houses are intact.  The unfinished house includes a four-car garage, the cottage has two bedrooms, and the main house five bedrooms with five bathrooms divided between the finished cottage and the main house.  At present, each house has its own specific acreage.  The main house and one of the smaller homes have made great use of greenhouse/garden rooms where one can be surrounded with greenery and water views year-round.  The main house also has a pool with a granite backdrop.  There are terraces, a pergola, a fire pit conversation area and walking trails intermixed with mature landscaping - all within a few steps of the water.  Its idyllic location is still just minutes from downtown Greenwich, Connecticut, the Belle Haven Club and a short commute to New York City.

The listing agent is Evangela Brock with Douglas Elliman in Greenwich, Connecticut. 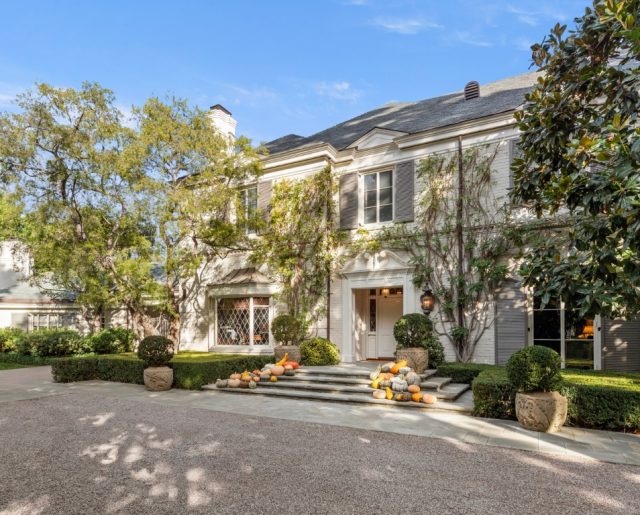 After splitting from the popular British boy band, Take That, Robbie Williams has become one of the all-time, best-selling British...Read More