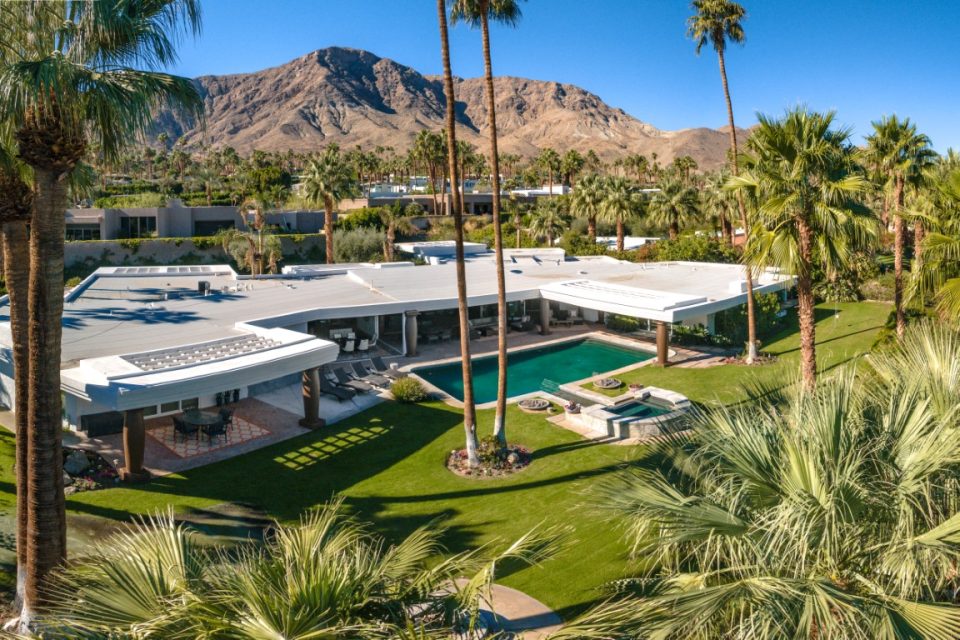 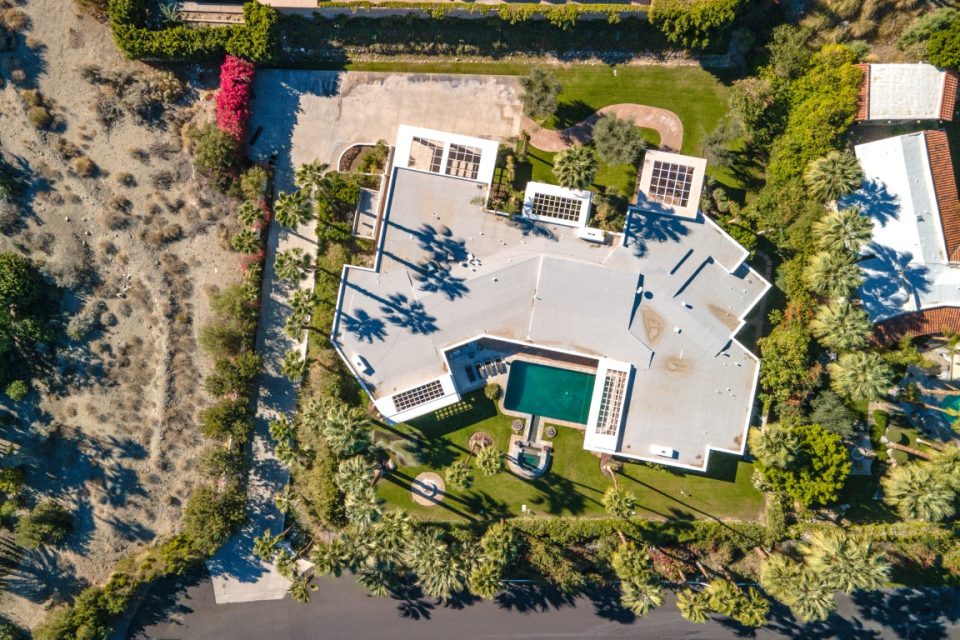 Crosby’s mid-century modern home is spread out across its 1.36 acres. 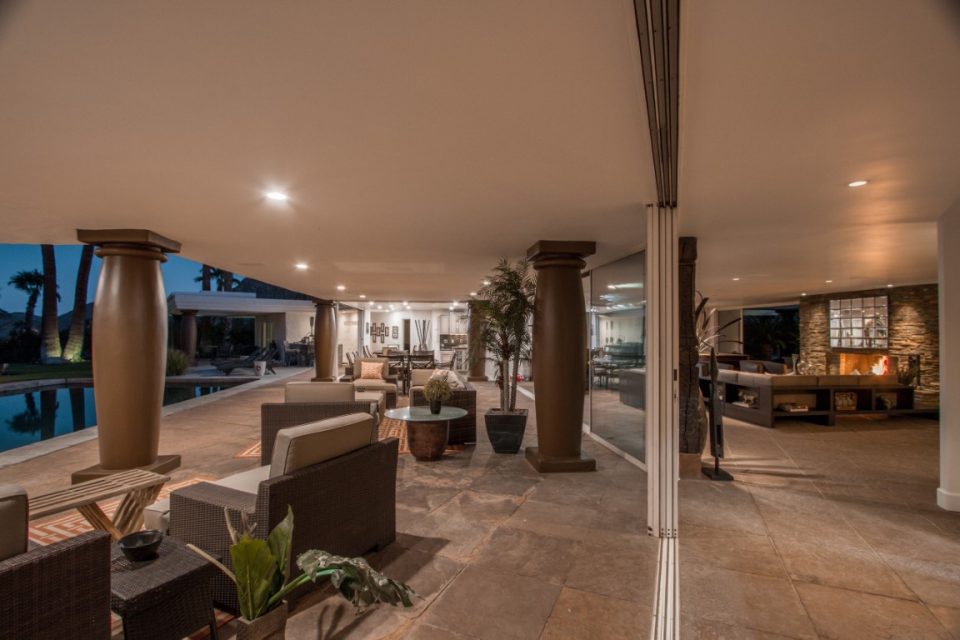 It's a fine line between indoor and outdoor living. 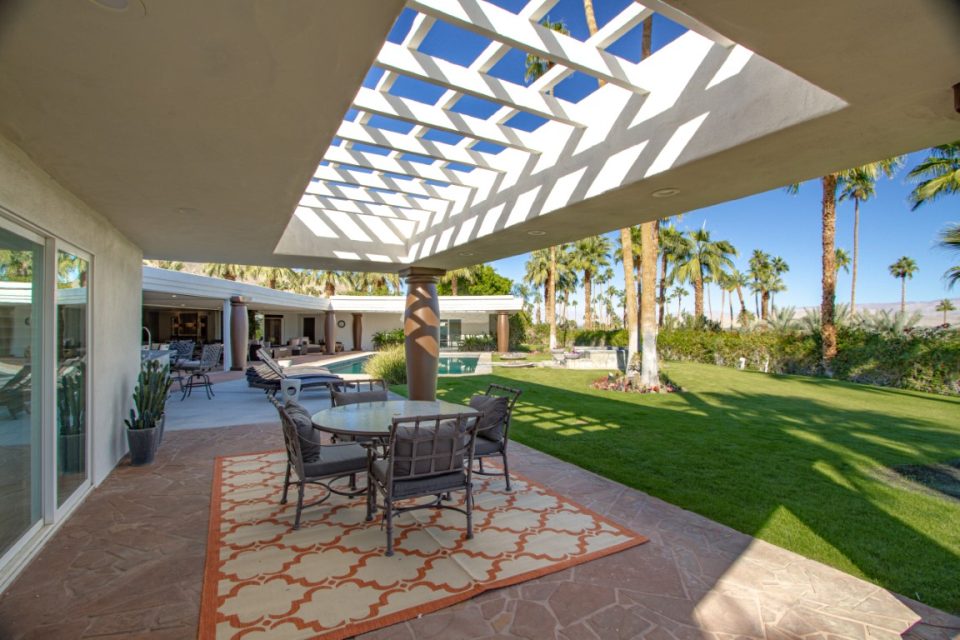 Various open grids in the wide overhang allow dappled sunlight to filter through. 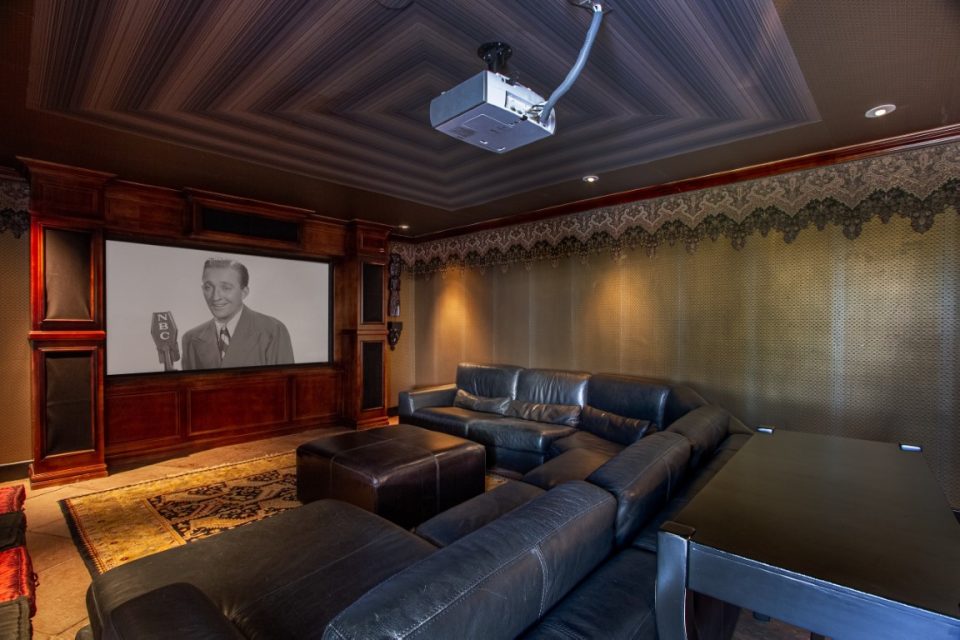 The dark and comfortable media room is a pleasant respite from the brilliant sunshine. 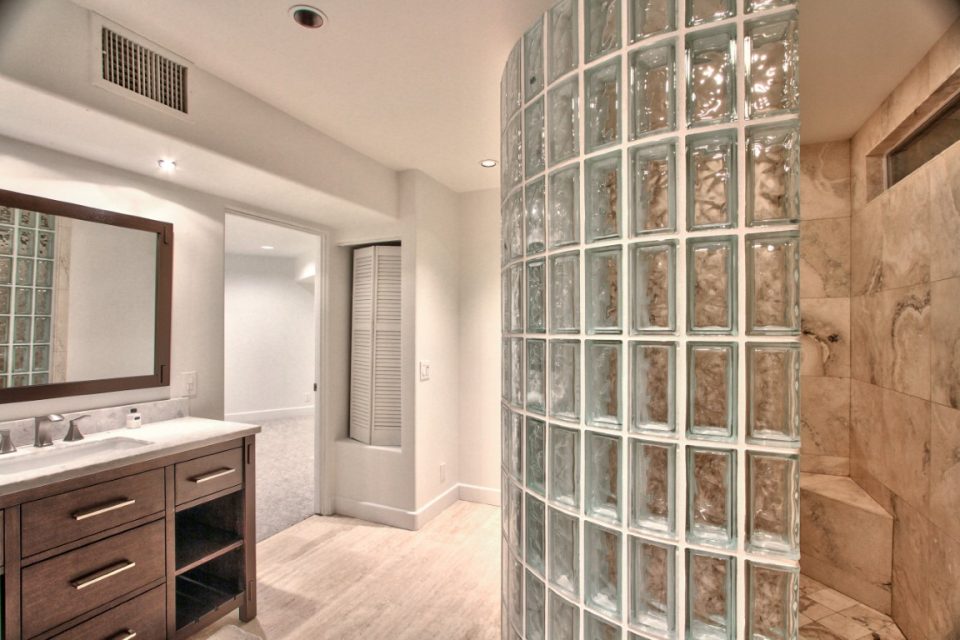 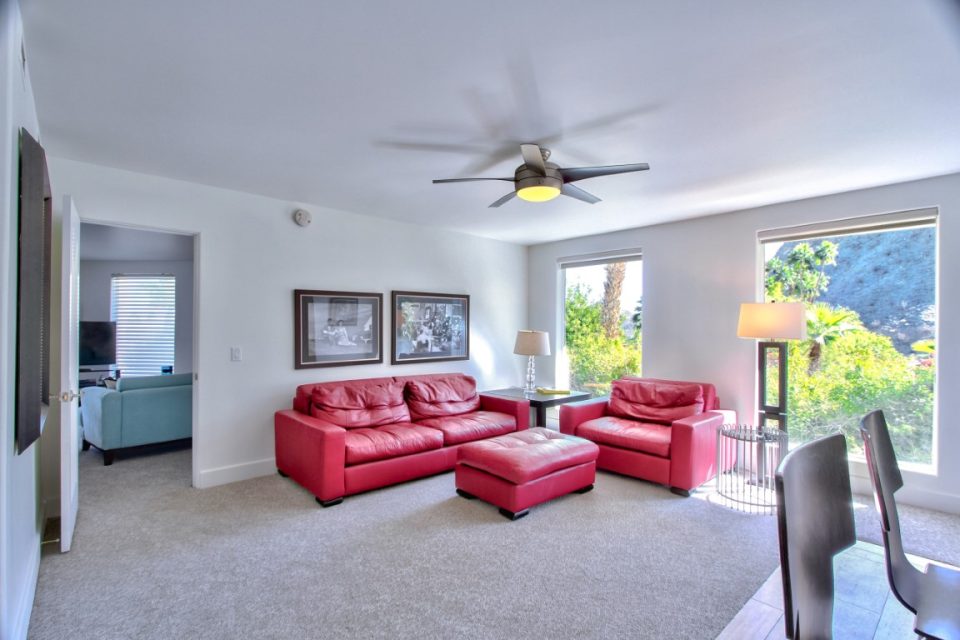 The JFK wing is cheerful and sunny. 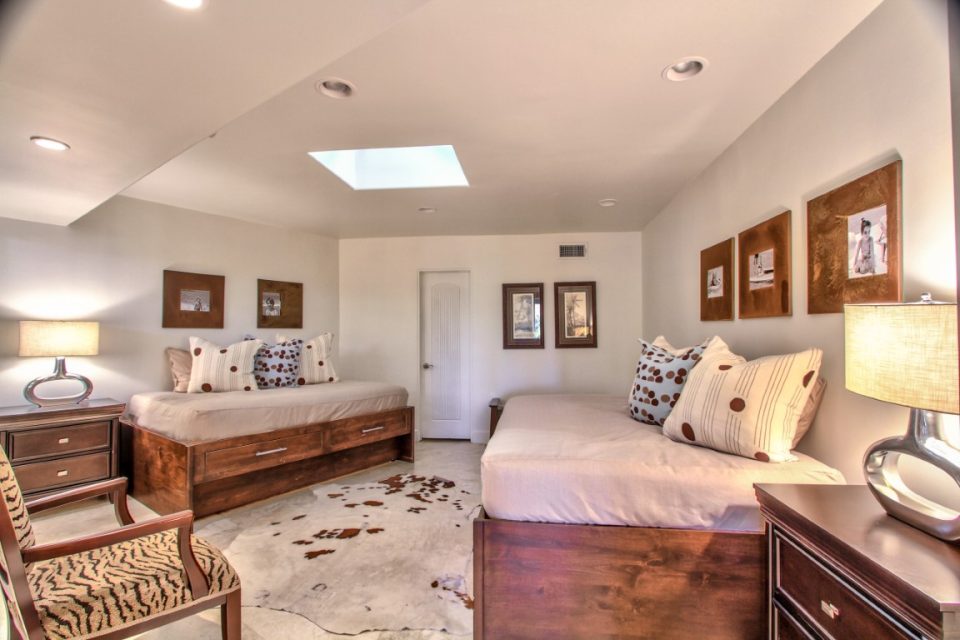 One of the two bedrooms in the Kennedy wing has twin beds. 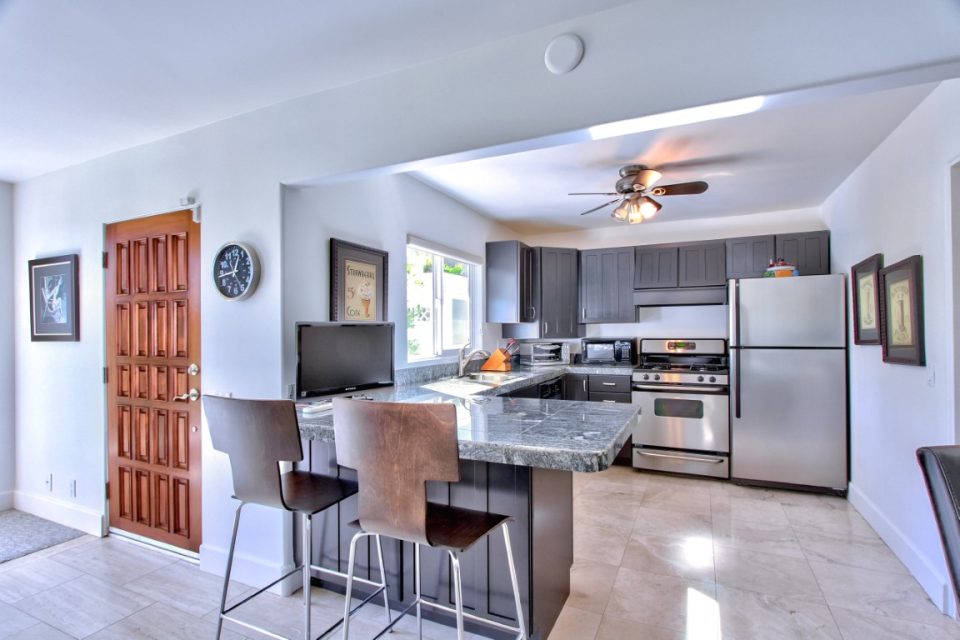 A kitchenette and breakfast bar is a convenience in the Kennedy wing. 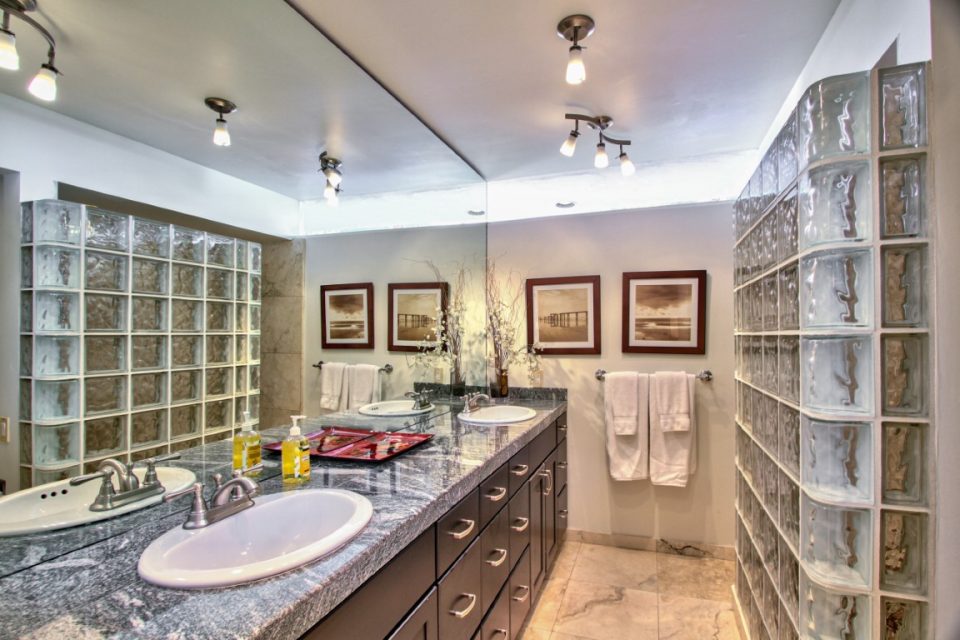 The master bath in the Kennedy wing has its own touch of glamour. 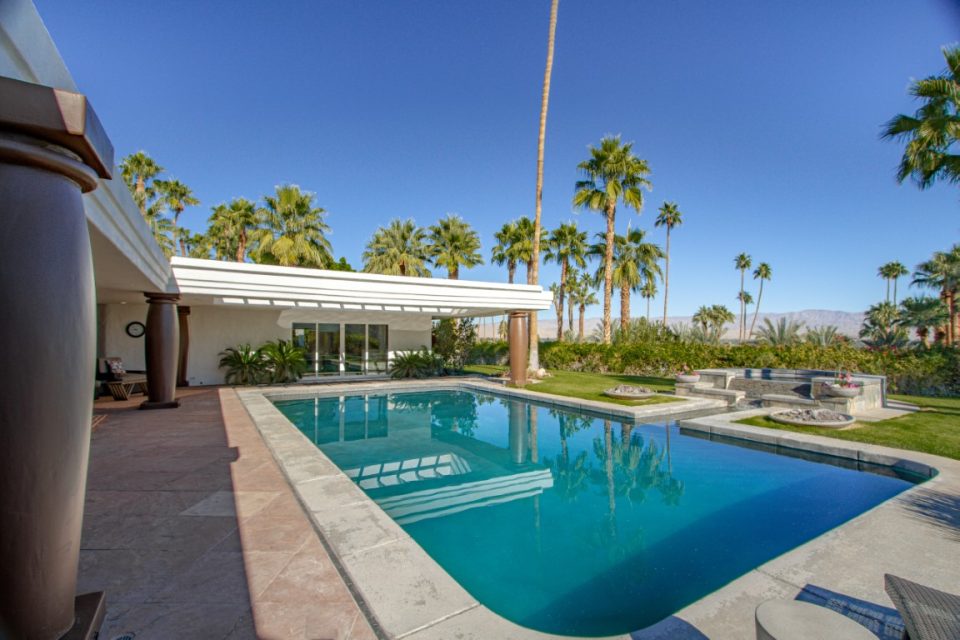 The main pool serves the main house and guest wing. 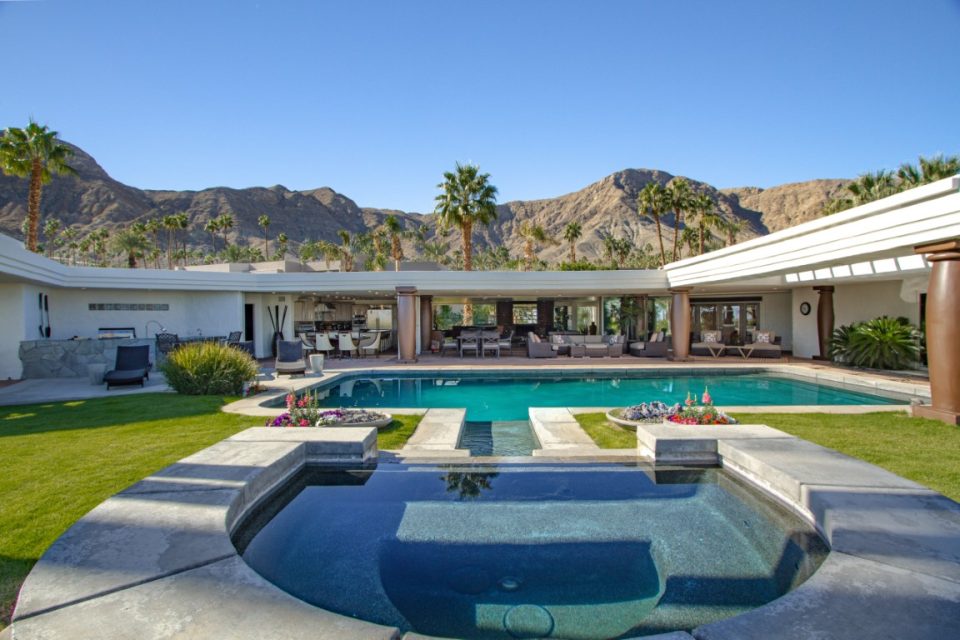 Water from the spa flows attractively into the main pool with nighttime fire bowls on either side. 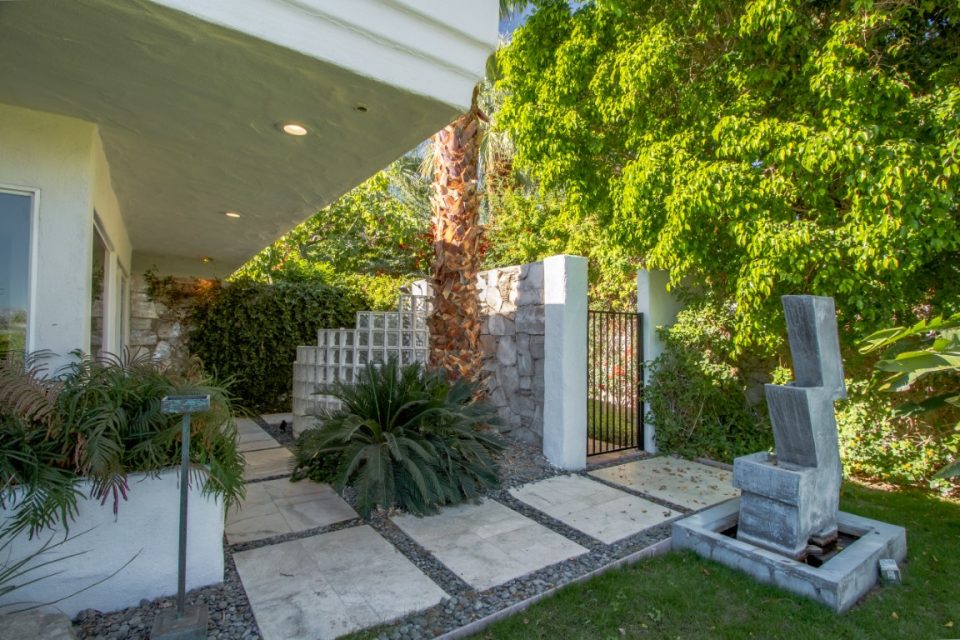 Few homes enjoy the luxury and fun of having an outdoor shower.

It’s no secret that White Christmas crooner Bing Crosby’s favorite place to be was in the middle of a golf course.  He spent so much time playing golf and perfecting his game that he was inducted into the World Golf Hall of Fame.  While his peers were buying their vacation houses in Palm Springs, Crosby chose nearby Thunderbird Heights with its 10 golf courses.  Were he still with us today, he would be thrilled that it now sports 17!  It was natural for President John F. Kennedy, with his seven handicap, to play with Bing.  In fact, Crosby dedicated an entire wing of his house to Kennedy for his own private living quarters while enjoying golf in the warm California climate.  Crosby’s mid-century modern home there, spread out across its 1.36 acres, is now for sale at $4.5 million.

Located in a gated community, Bing’s ranch-style home is complemented with grand views of mountains and city lights.  Built in 1957 for indoor and outdoor living and entertaining, the 6,700-square-foot home contains a total of six bedrooms and six baths.  It includes the attached casita, named after President Kennedy, with two bedrooms, two baths, a living room and complete kitchen with its own private entrance. The casita is completely private and was named for the President after he stayed there, as legend goes, with Marilyn Monroe.  Features include custom Moroccan wood entry doors, open-and-airy formal living and dining rooms, media room and chef’s kitchen with granite-and-stainless steel.  All glass walls surrounding the outdoor entertainment area retract and open the house seamlessly to the pool, patios, outdoor kitchen and bar with mountain and Coachella Valley views from its elevated lot.

The now highly exclusive Thunderbird Heights started its beginnings as an onion field, but in 1950, a group of investors, including Bob Hope and Desi Arnaz, were looking for a spot for a country club.  They zeroed in on the onion field and the development took on a life of its own.  It has turned into one of the most coveted spots for celebrity vacation homes in Southern California, now home to major golf tournaments and festivals known around the world. 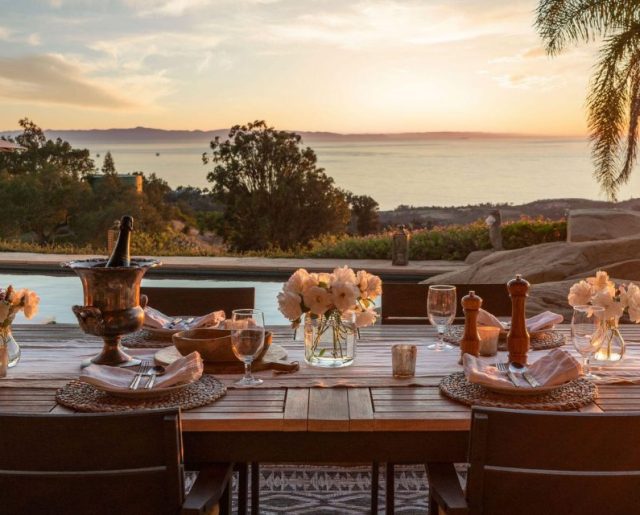 Berkley Breathed won a Pulitzer Prize in 1987 for his comic strip Bloom County, which illustrated current events through the...Read More