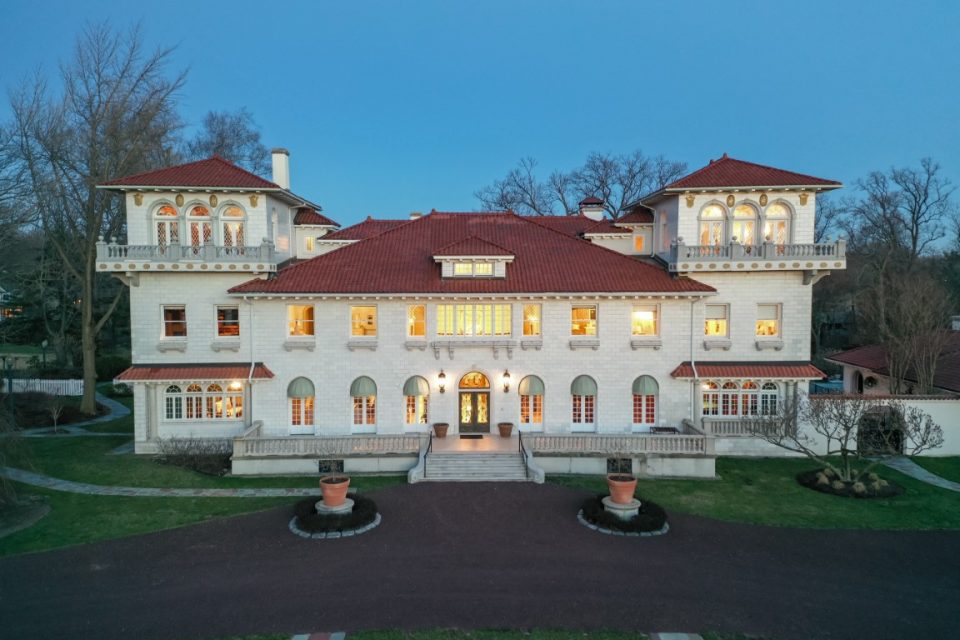 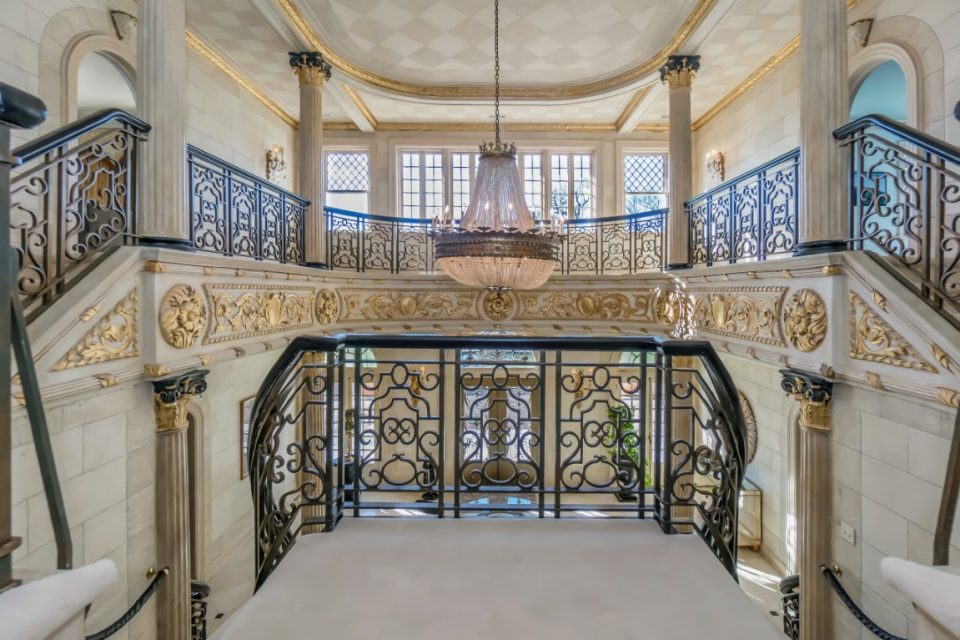 The magnificent foyer was better than a movie set for Swanson to descend the steps making her dramatic entrance. 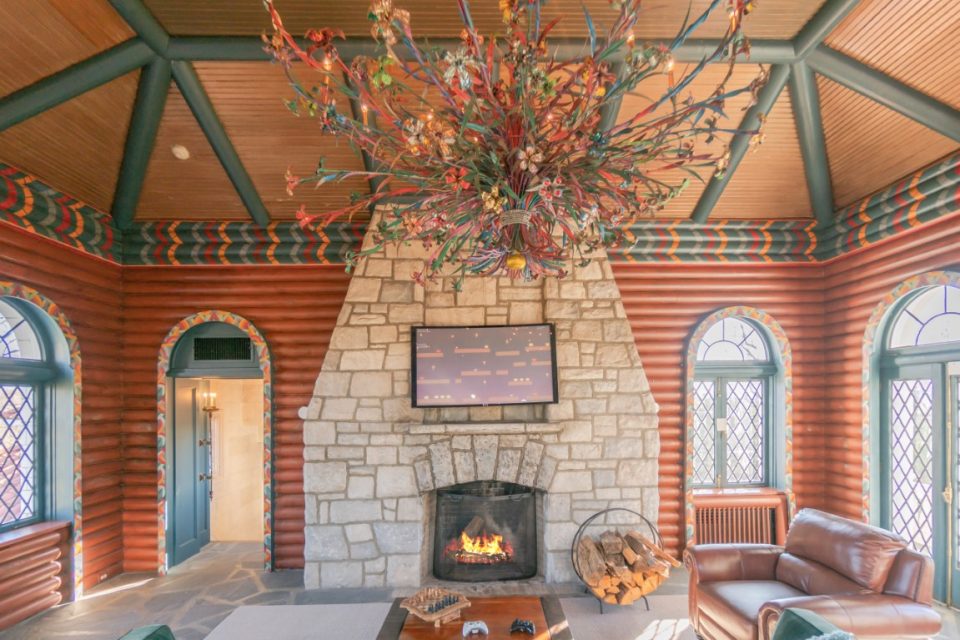 One living area has both the focal points of a stone fireplace and a unique chandelier that dresses a large portion of the ceiling. 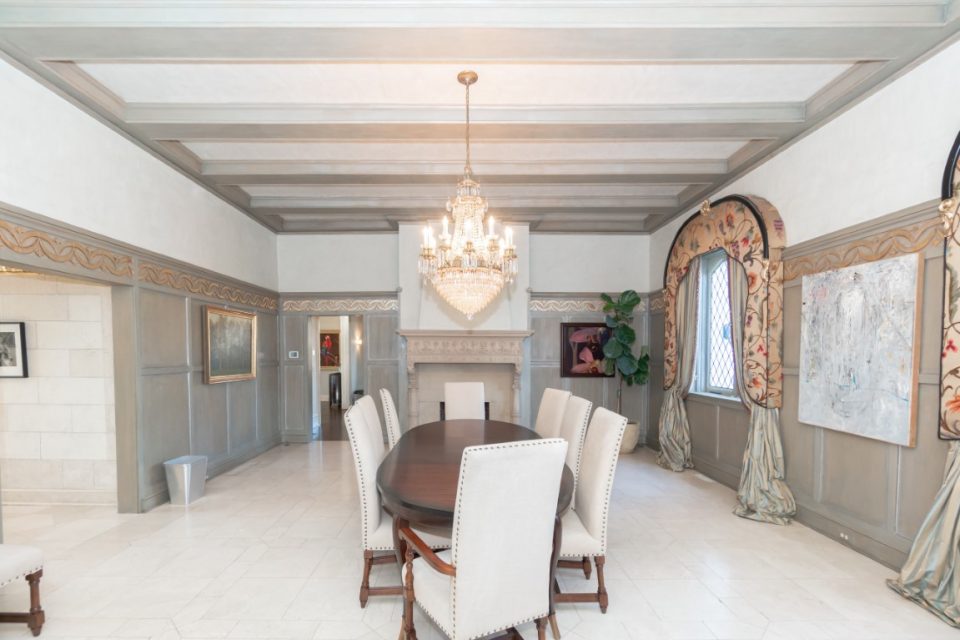 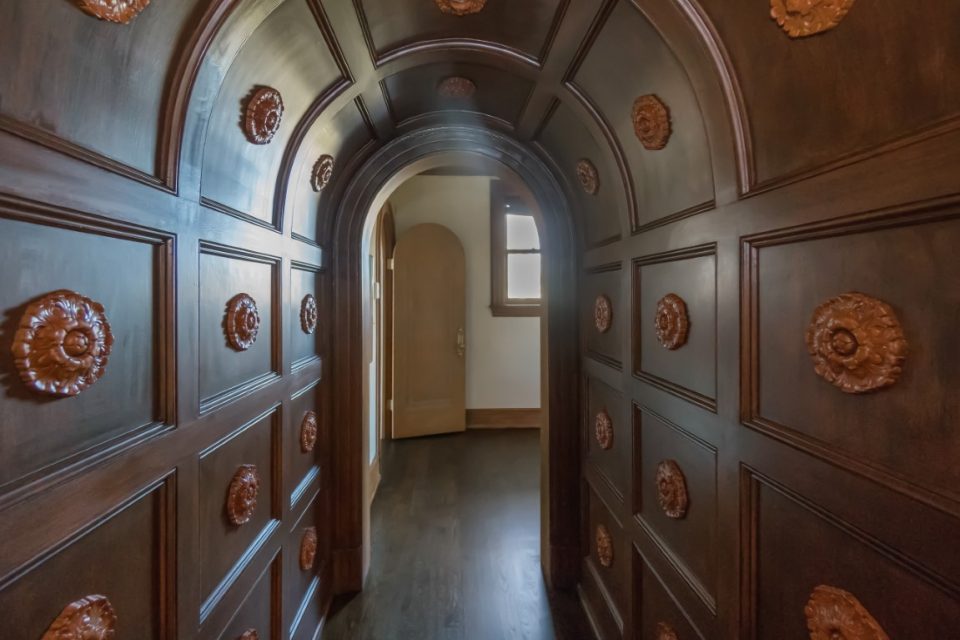 A curved hallway with paneled décor leads to the wet bar. 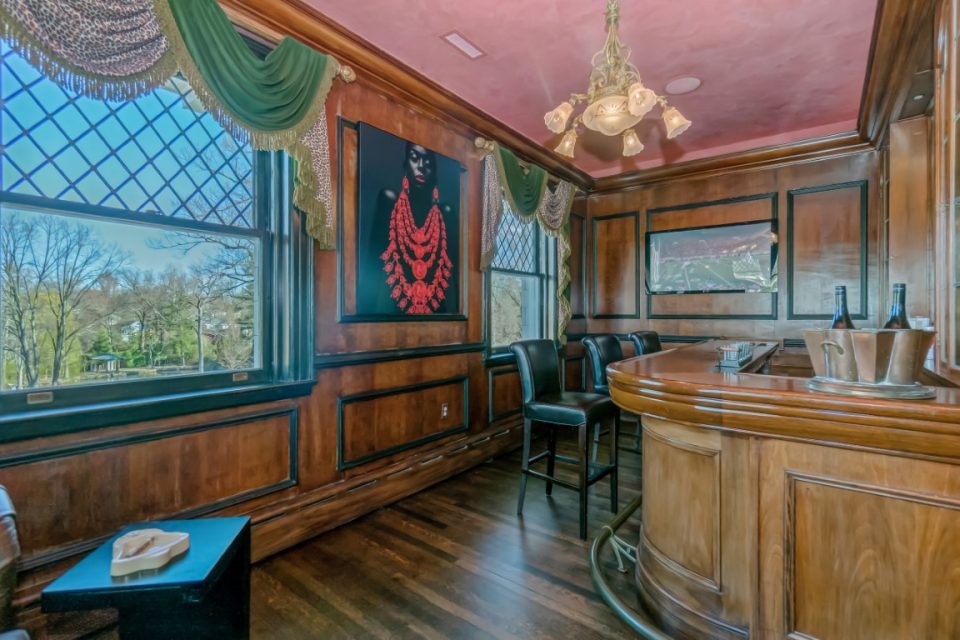 With the feel of a cozy speakeasy the bar was a special place to try the latest cocktail. 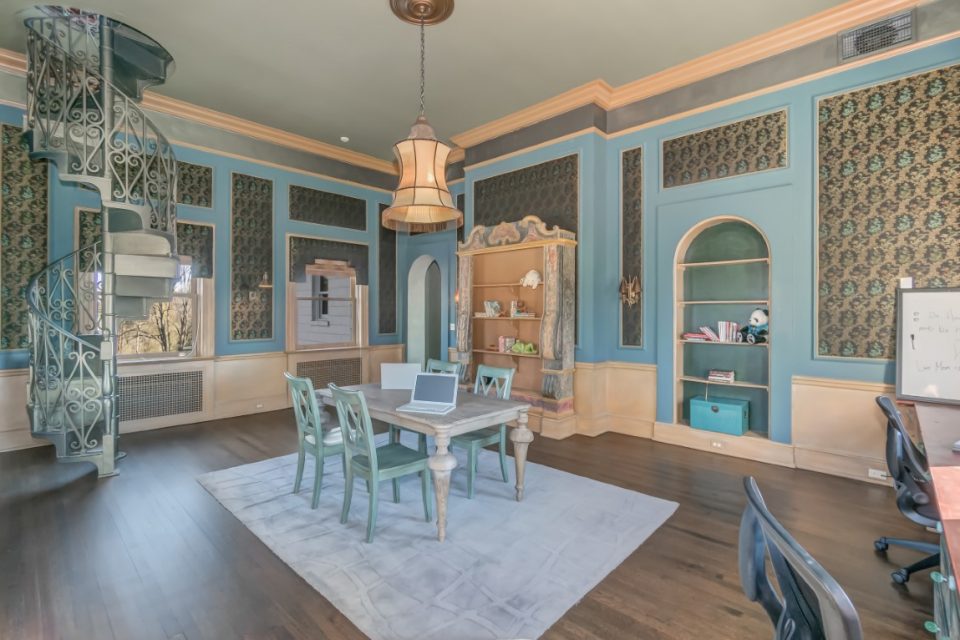 The large office could offer a number of work spaces. 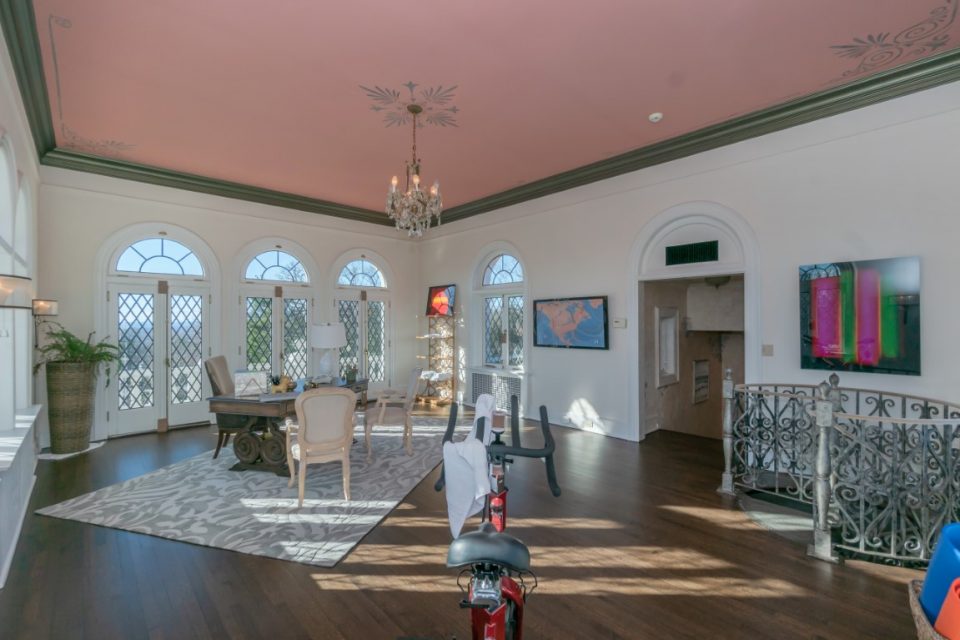 The main study opens to a large terrace. 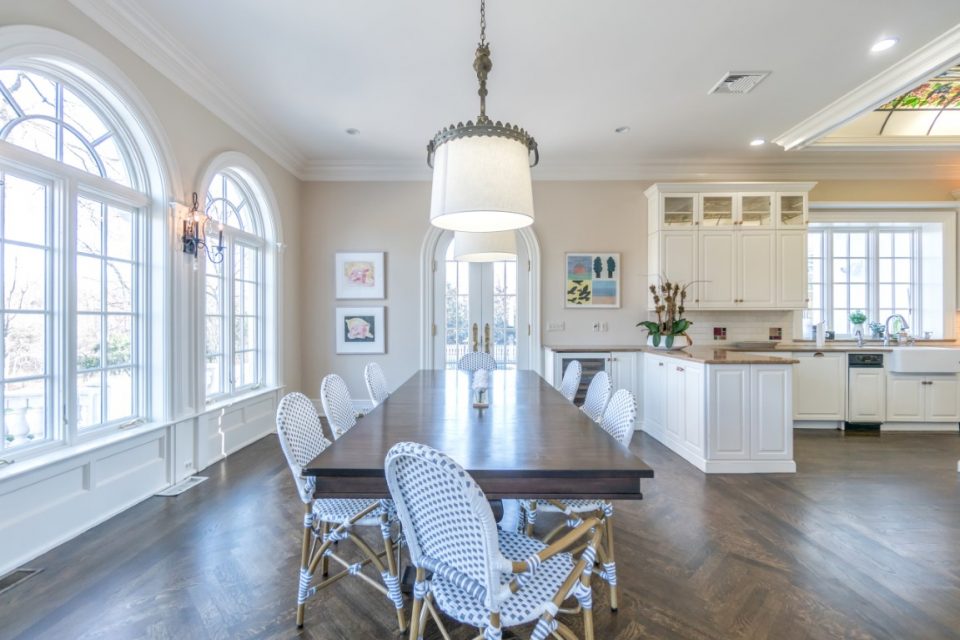 The spacious updated kitchen can seat a crowd for informal dining. 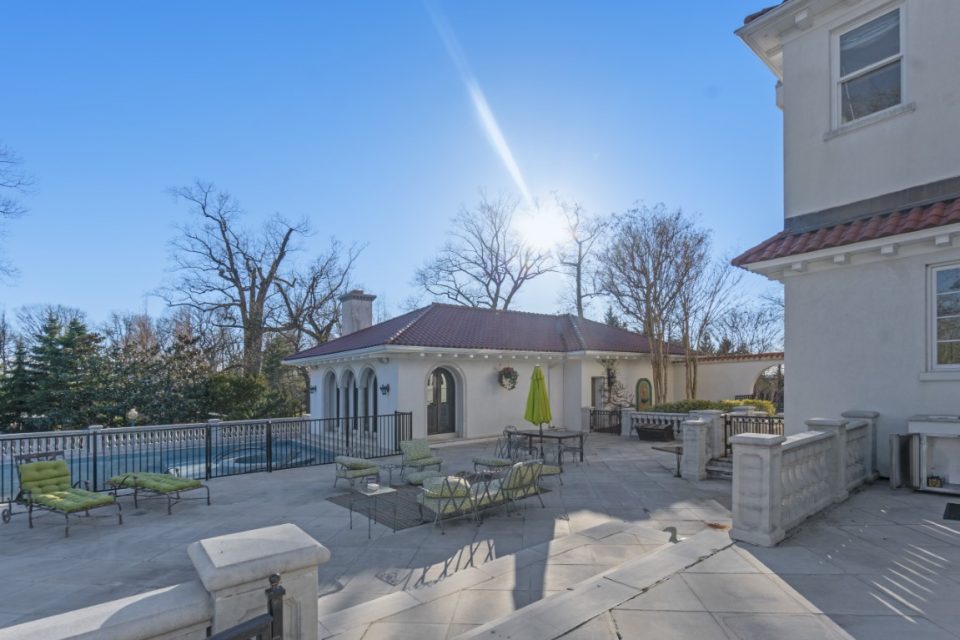 Outdoor terraces are big enough for large scale entertaining and a swim. 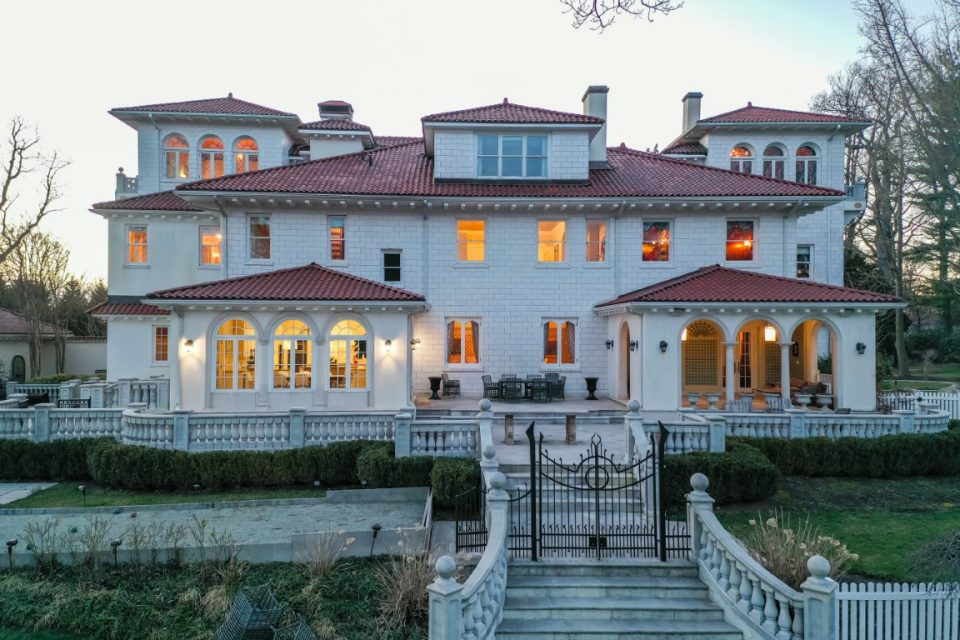 The gated back entrance of the home shows a bocce ball court.

Well...not exactly peanuts, but perhaps the deal of the year!  An Englewood, New Jersey mansion that was built for Polish royalty and was once owned by Joseph Kennedy, patriarch of the Kennedy clan, who gifted it to his mistress, silent-film-star Gloria Swanson, has sold for $4.6 million, or about 88% under its original asking price of $39 million.

Gloria Crest, surprisingly named for the location and not Gloria Swanson, was built in 1926 by Count Stefan Poniatowski, who claimed to be the heir to Polish royalty. The count had made millions in the silk industry and built the mansion as a testament to his wealth. His wife, Edythe, landscaped the walled five acres with exotic gardens which still contain rare horticultural examples today. When the stock market crashed in 1929, the count sold the villa to Kennedy, who turned around and gifted it to Ms. Swanson.

Designed to resemble an Italian villa in the Renaissance Revival style encompassing 24,000 square feet on five acres of land, the home stood out in the well-to-do community and was often referred to as the White House of Englewood. The mansion was originally priced at $39 million in 2013 before a series of price reductions to $9.9 million and the final price of $4.6 million. Although somewhat dated along with high property taxes of $168,000 per year and a complicated corporate ownership, the home has a lot going for it including a pool, pool house and aviary, stream, lake, waterfall, island and pavilion. The interior contains eight bedrooms, fourteen bathrooms, banquet-sized formal rooms, music bar room, den, library, chef’s kitchen, elevator, seven-car garage, greenhouse, staff quarters, gym, grotto, steam, spa, media room, and wine cellar. The three-room master suite has a sitting area and fireplace, a bath with marble soaking tub and separate shower.  Additional amenities include a home theater, private gym, and a home office.

The selling agent is Michelle Pais from Signature Realty in Westfield, New Jersey. 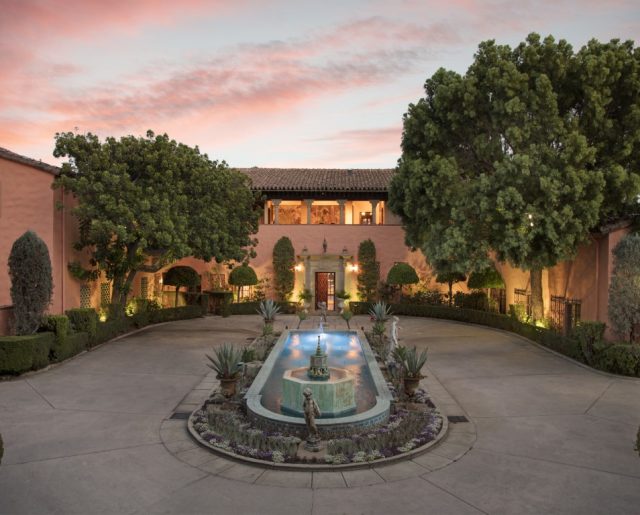 One of California’s most historic and opulent mansions, a honeymoon love nest for Jack and Jackie Kennedy, and a big...Read More