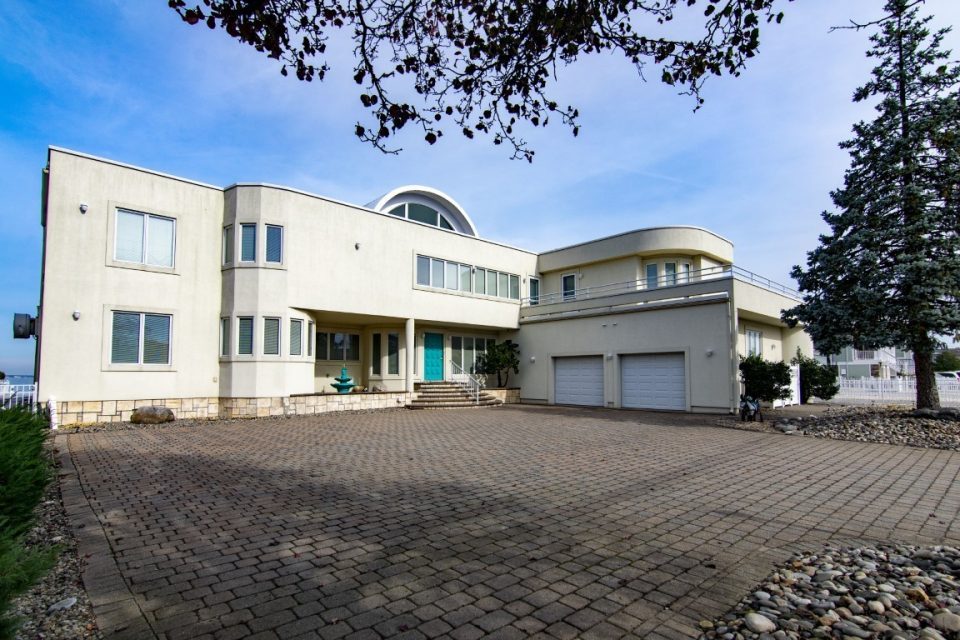 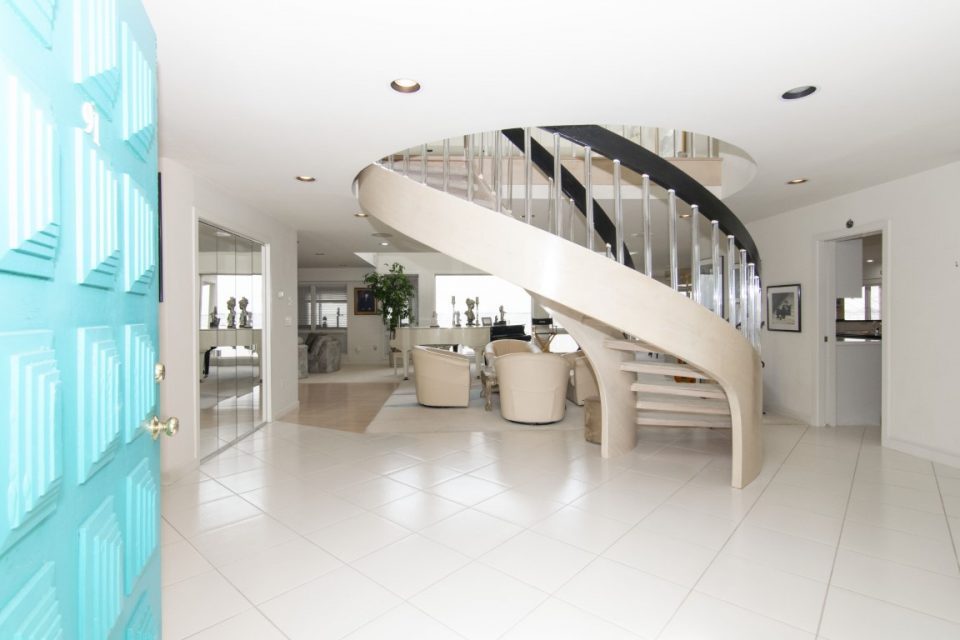 Upon entering, a dramatic free-standing curved staircase sets the stage for the living areas. 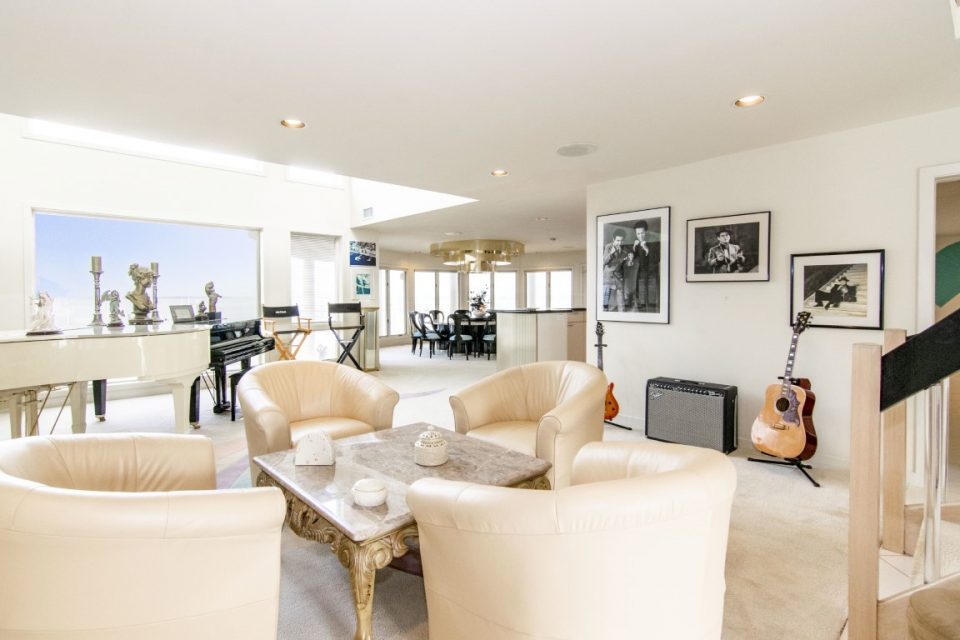 A downstairs party room next to the pool is used for casual entertaining. 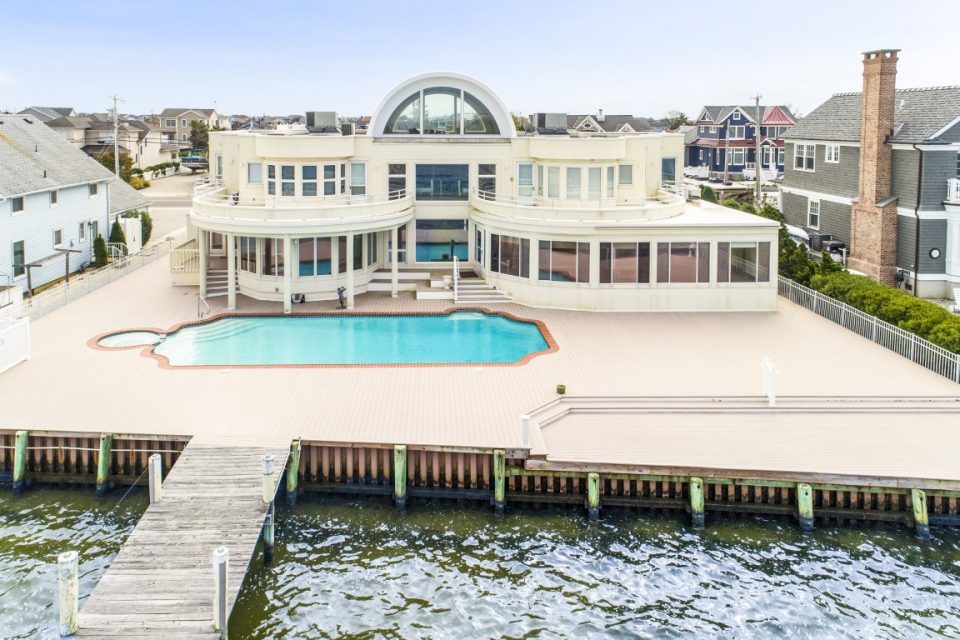 Large parties can spill out to the spacious pool terrace at the water’s edge. 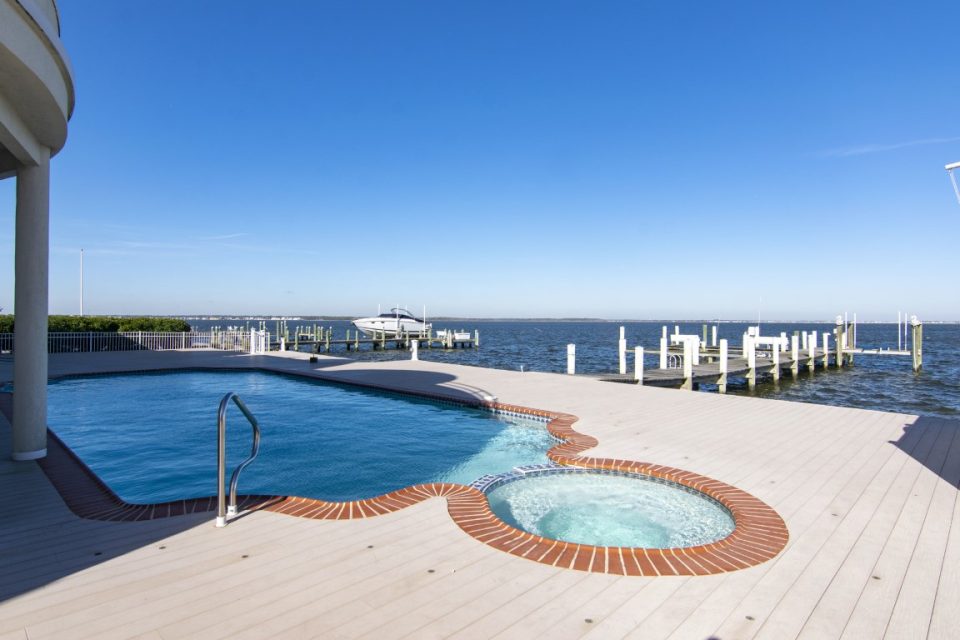 A waterfront pool and spa on the expansive deck overlooks the water and its private pier. 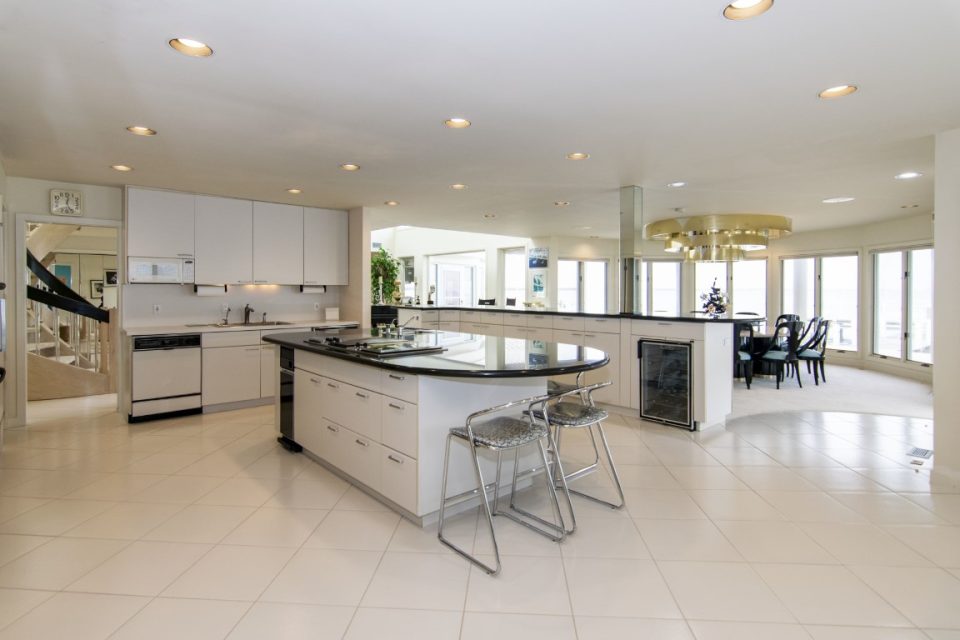 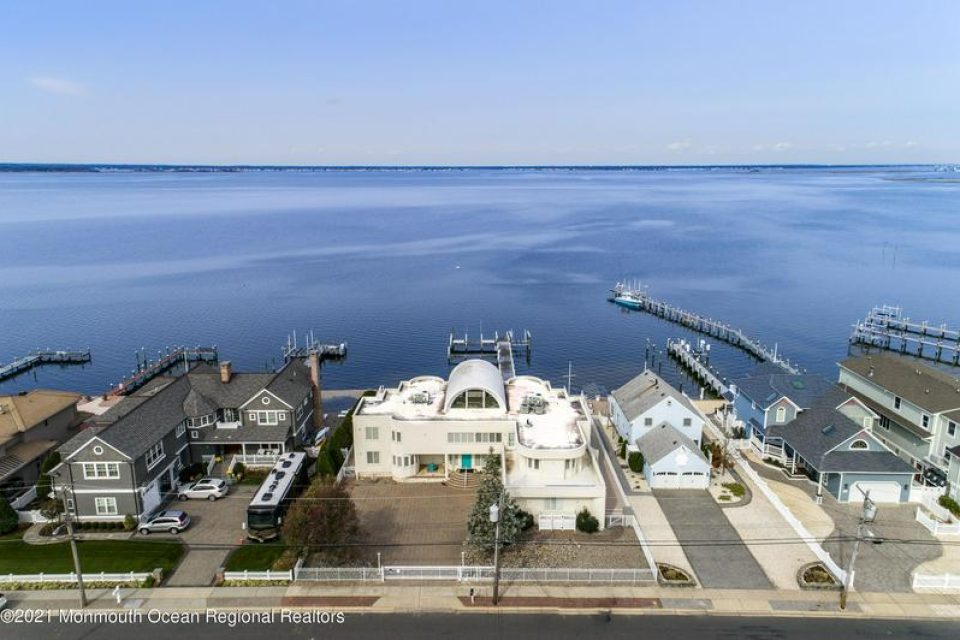 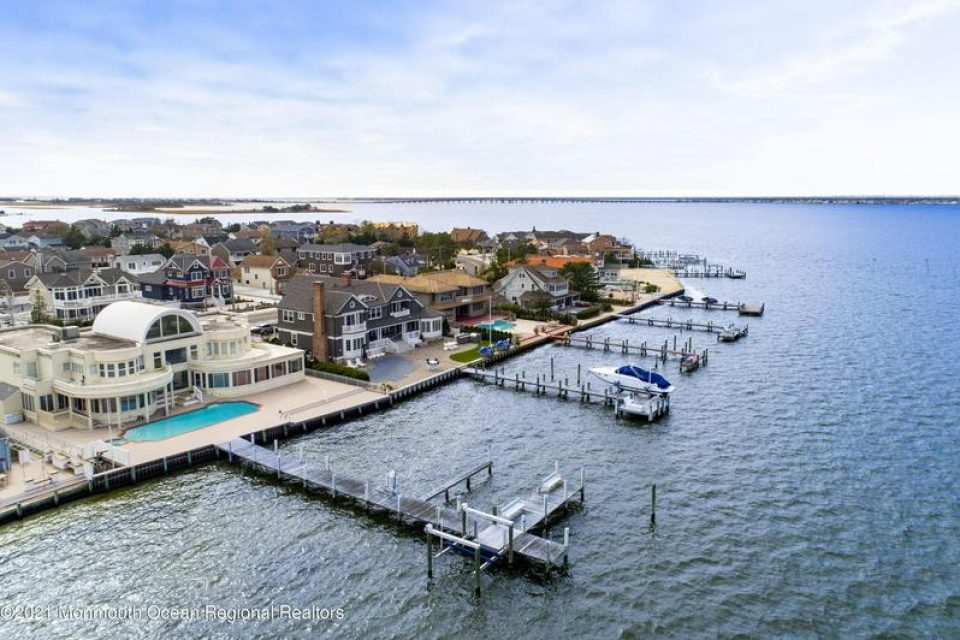 The dock makes a nice home for one's boat or for having sundowners with a view. 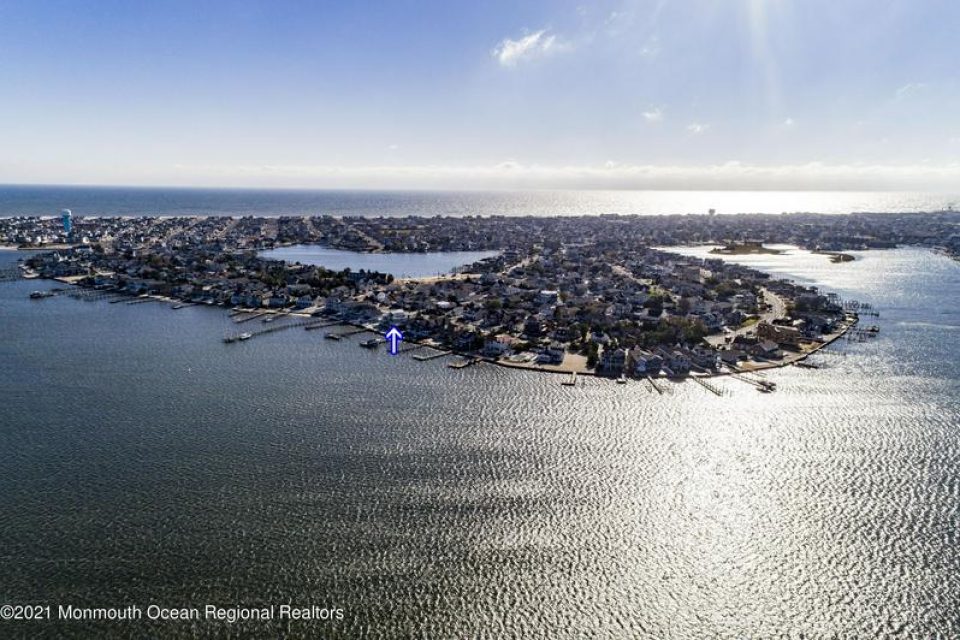 The home's location captures the sunrise. 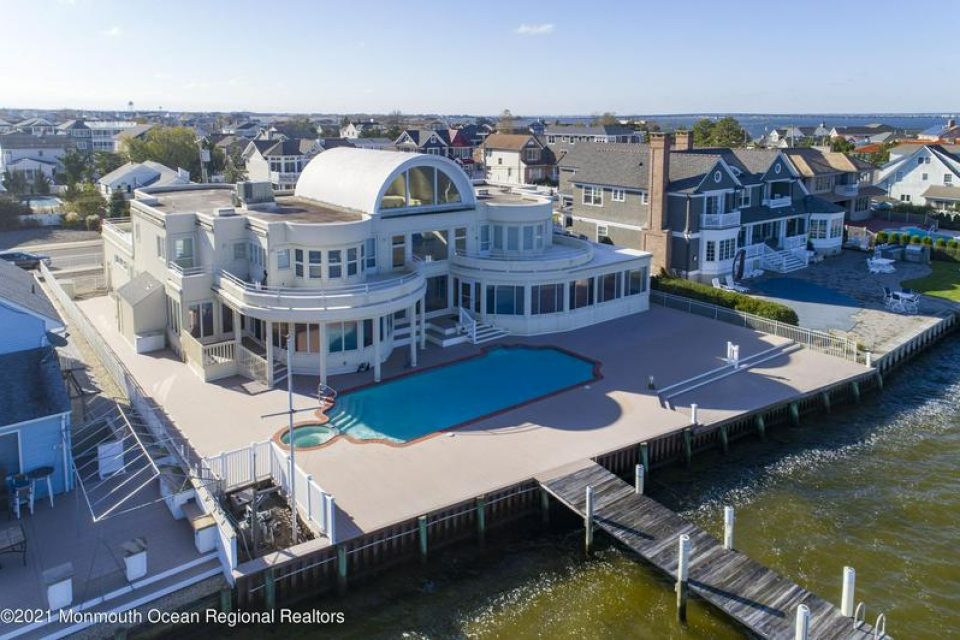 The home has limitless possibilities for entertaining or full-time living.

Joe Pesci was a clear winner during the Jersey Shore recent real estate boom.  Now that New Yorkers are flooding the New Jersey real estate market and snapping up everything in sight, Pesci’s waterfront home sold for his original 2019 asking price of $6.5 million, making it the highest-priced sale in the area.

A native of Newark, New Jersey, Pesci originally listed the home in 2019 after deciding to relocate to California to live among his peers.  Having purchased the home in 1994 for $850,000, he will be walking away from the sale a happy man, with even deeper pockets.

Located on the seven-mile-long barrier island in the Lavallette section of the Shore, the 7,200-square-foot home is one of the few with a waterfront pool and spa on the expansive deck overlooking the water and its private pier.  Designed in Art Deco style, rooms are unusually spacious, light and airy.  The eight-bedroom, eight-bath home has an open floor plan with rooms sized for large parties that can spill out to the spacious pool terrace at the water’s edge. The gated property is completely fenced with a large motor court that can accommodate multiple guest cars as well as a two-car garage for the owner.

Upon entering, a dramatic free-standing curved staircase sets the stage for the living areas. With white rooms filled with light and the backdrop of the bay through floor-to-ceiling windows, the living room with its two seating areas and pianos hint at musical get-togethers. The large eat-in kitchen with island is perfect for preparing or catering large meals for dinner guests in the dining room, encircled by glass doors opening to the pool terrace and bay. The comfortable media room’s walls are decorated with posters from Pesci’s films and, because his first job was as a barber, a barber’s chair occupies one corner of the room as a poignant reminder. The upper level, which can also be reached by elevator, contains bedrooms and an office, all with upper terraces and spectacular views. A downstairs party room next to the pool and spa has its own kitchen for casual entertaining.

One of the most versatile actors of our time, Pesci has the ability to horrify moviegoers such as the role as mobster Nicky Santoro in Casino and his Academy Award-winning performance as the deranged gangster Tommy DeVito in Goodfellas, to the gut-busting hilarity of Vinny in the film My Cousin Vinny and an inept burglar in Home Alone. 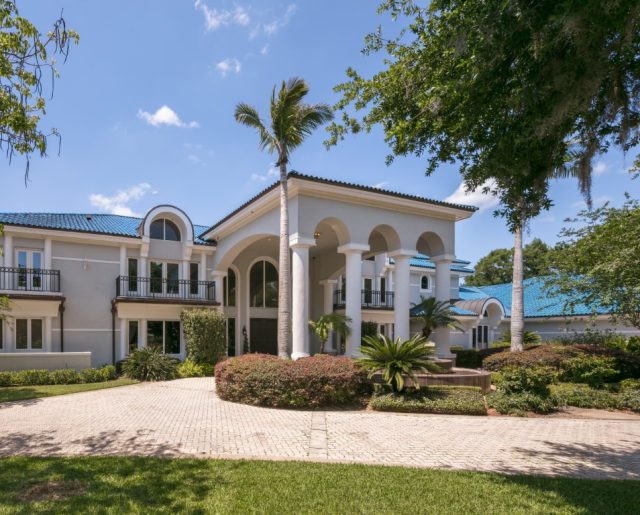 Shaquille O’Neal could easily afford to wait out the sale of his Isleworth, Lake Butler estate near Orlando, Florida, which...Read More