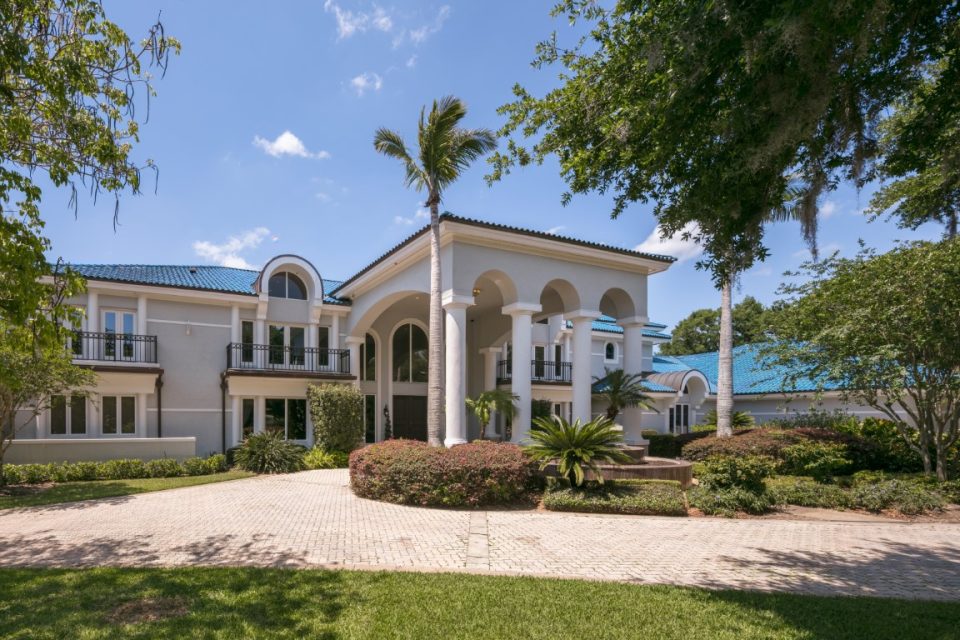 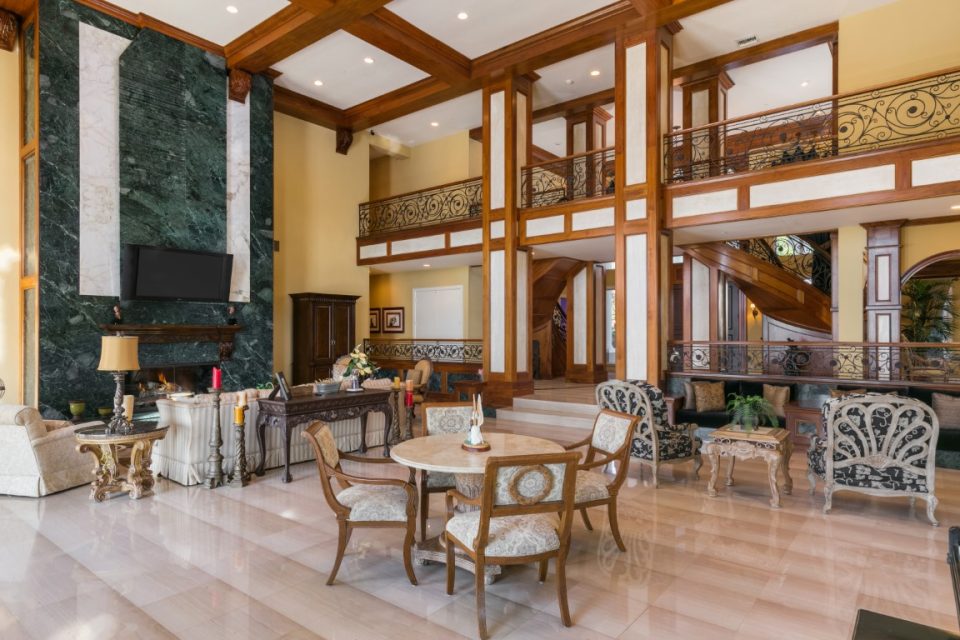 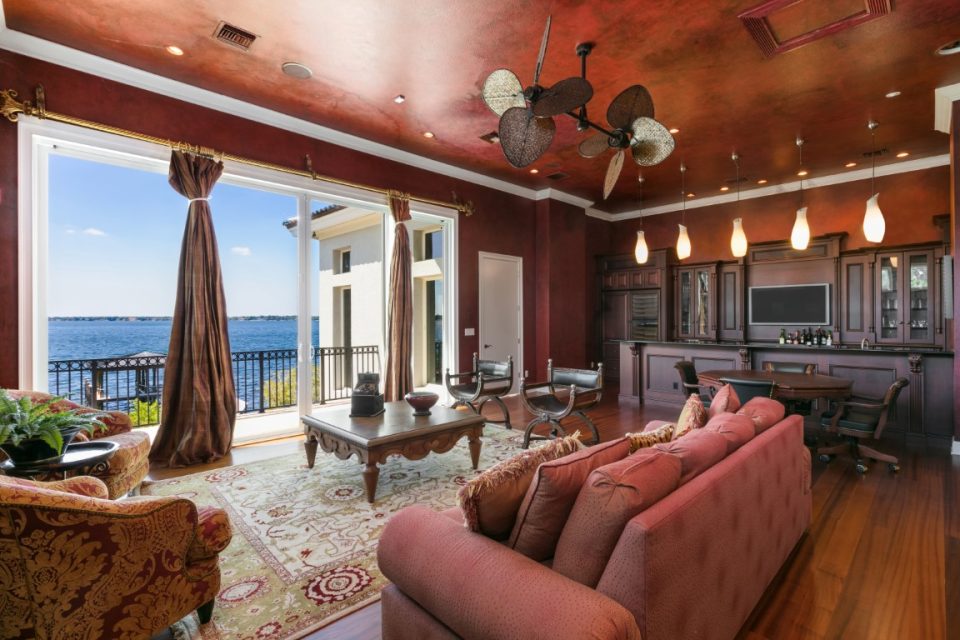 Most rooms have lake views. 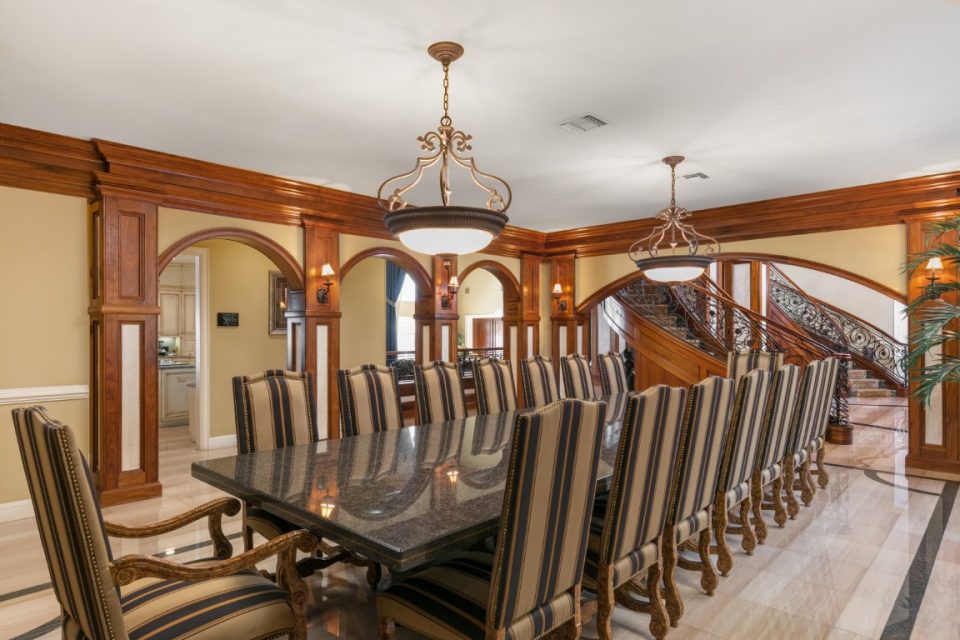 The key word is "large." That includes the formal dining room that seats a crowd. 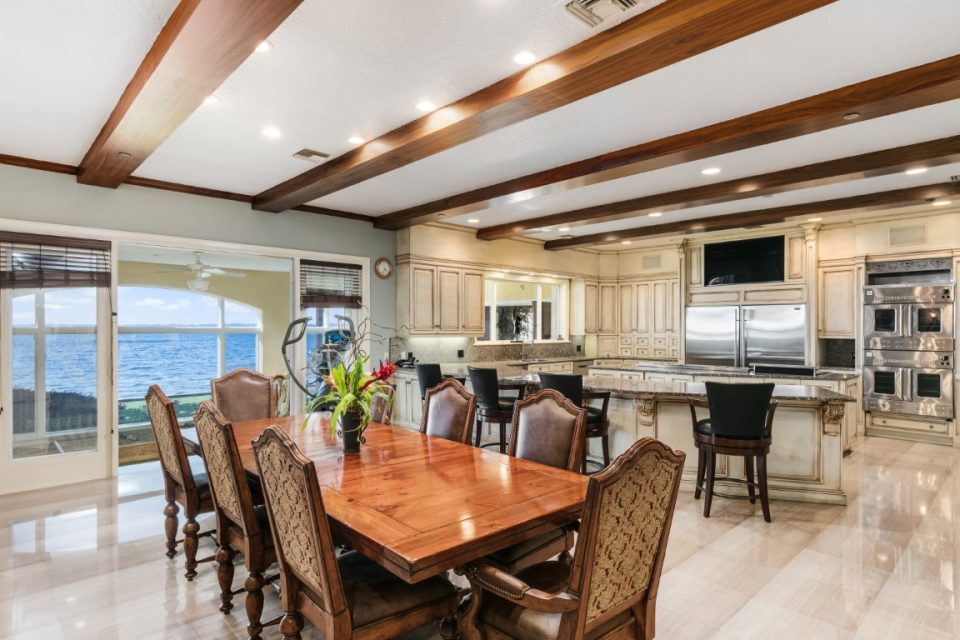 The chef's kitchen is also a fun place to host friends. 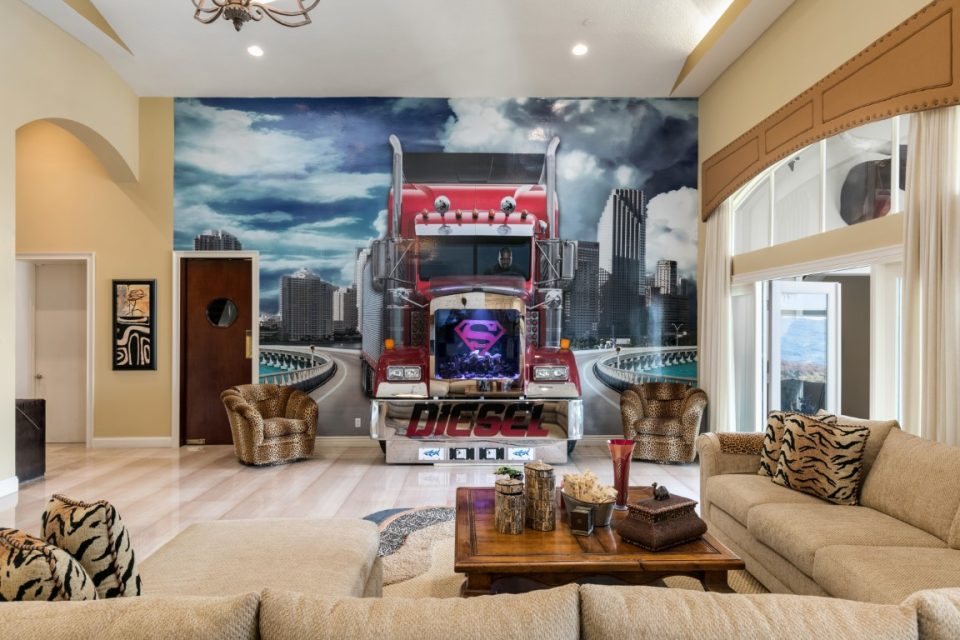 Looking as though it just burst through a wall, Shaq's 18-wheeler décor is unique. 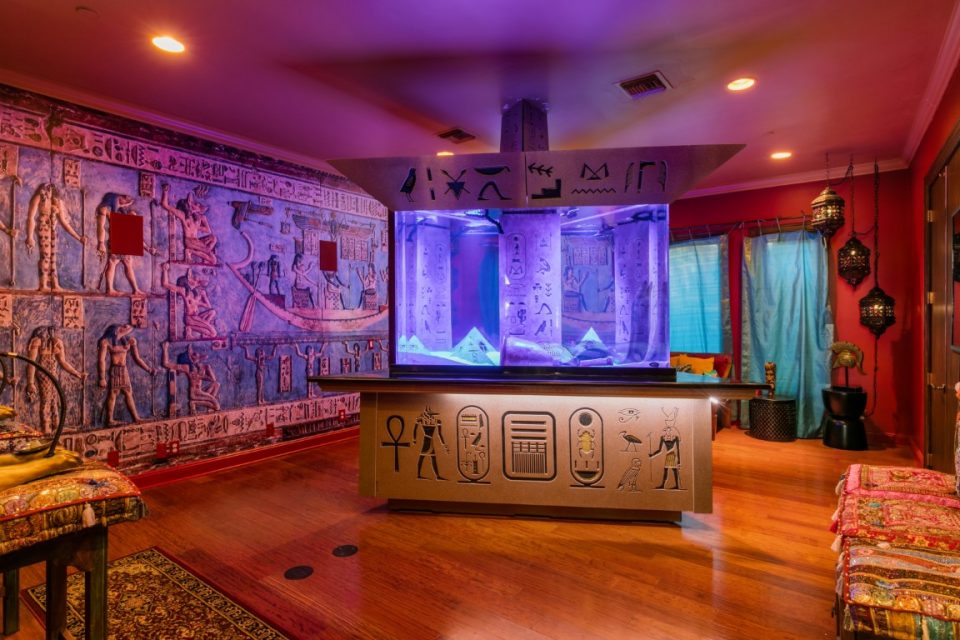 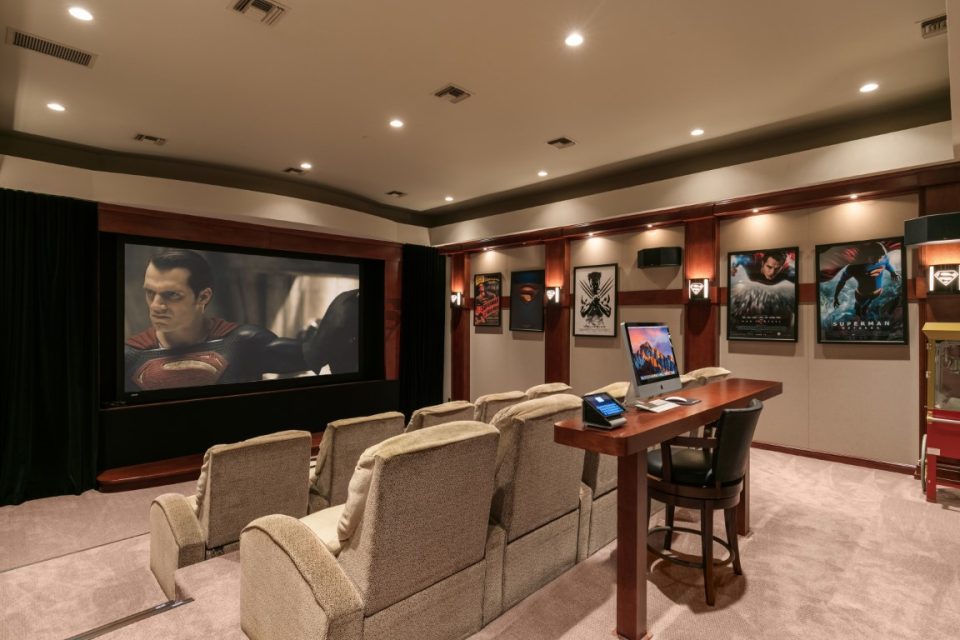 The spacious but cozy home theater is a great place to watch the latest movie. 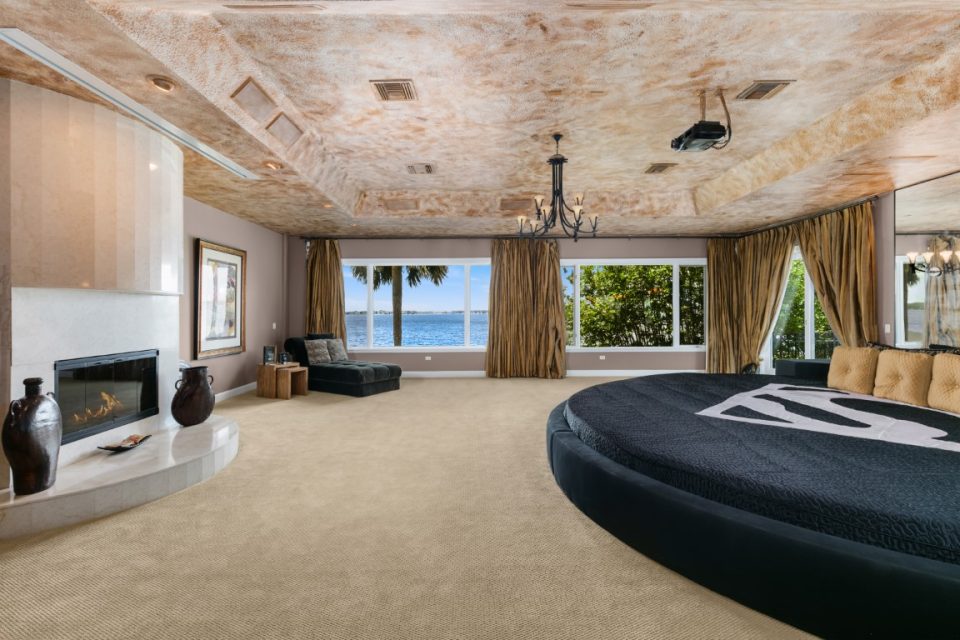 The supersized bed in an equally supersized master suite pays homage to the 7'1" 325-pound basketball star. 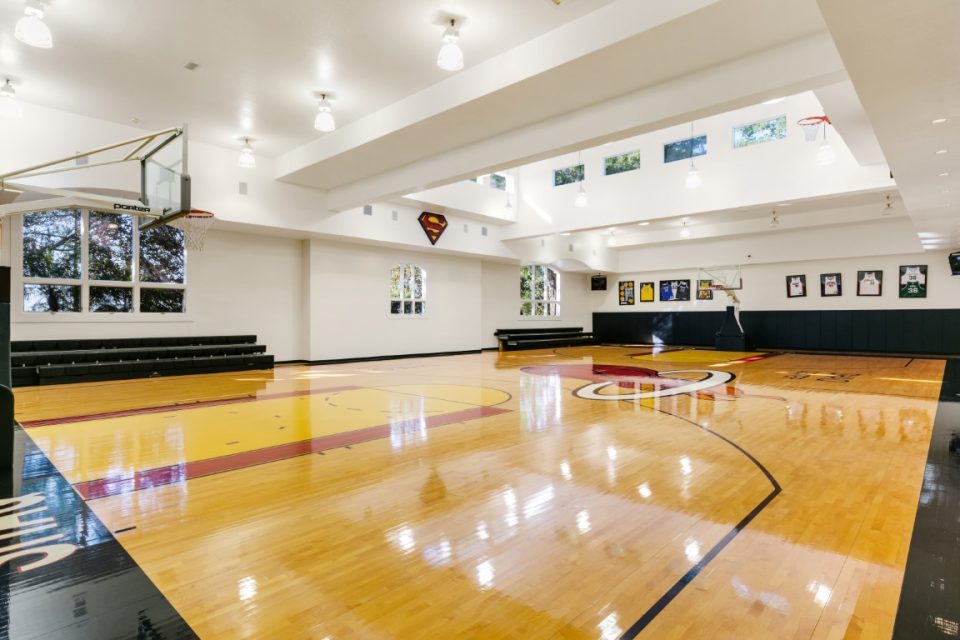 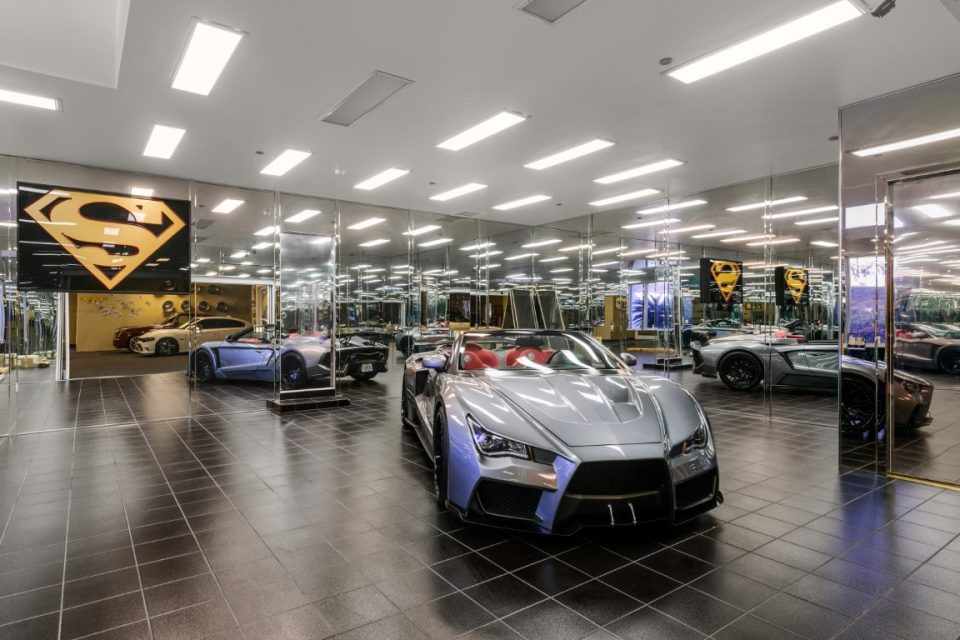 He has realized every wealthy man's dream of owning a show car garage with the car collection to go with it. 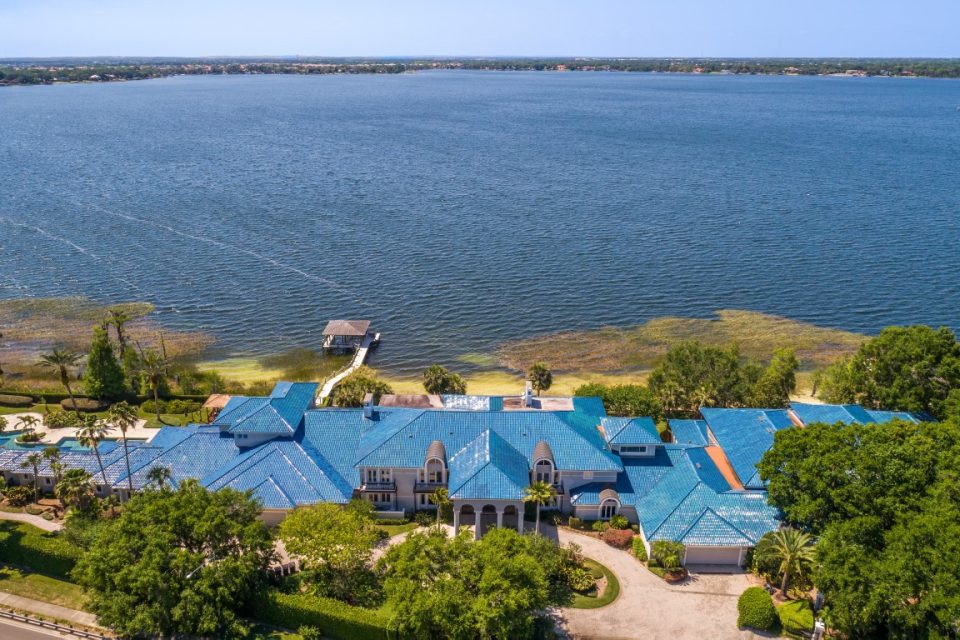 The 31,000-square-foot home spreads across its full three acres.

Shaquille O’Neal could easily afford to wait out the sale of his Isleworth, Lake Butler estate near Orlando, Florida, which he purchased in 1993 for $3.95 million, and which became one in his later collection of homes around the country.  No, it didn’t sell for its original asking price of $28 million, nor did it sell for its later price reduction to $16.5 million.  It sold for $11 million and the retired NBA star and astute businessman went to the bank clutching his $7.05 million profit.  But it must have been fun to try.

Shaq continues to get richer from his myriad of business investments that bring in beaucoup amounts of passive income, while he enjoys doing what he likes to do - talk sports as an analyst for “Inside the NBA” on TNT in Atlanta.  Savvy from the start, when offered sponsorships, he didn’t want just the money, he wanted equity in the business.  In a recent interview, when his children said “We’re rich,”  Shaq said, “No, I’m rich.  But when you create something good enough, I may invest in it.”

Highly customized, Shaq’s mansion, located in a gated golf community near Disney World and ESPN, measures in at 31,000 square feet and spreads across its entire three acres.  It includes 12 bedrooms, 15 baths, chef’s kitchen with Viking, Wolf and Sub-Zero appliances, a massive living room, formal dining, media room with bar and a "gentleman’s room" with game tables, and wet bar. The master wing has a four-room closet, his-and-her baths and, in the bedroom, a custom 15-foot round bed. The guest wing has its own great room with bar and five ensuite bedrooms. Some unusual rooms include a temperature-controlled, cedar-planked humidor and wine storage, and an aquarium-style room with a saltwater triangular fish tank. Most impressive is the wall mural of a true-to-size, red tractor-trailer barreling toward the interior of the room on an expressway. With the front cab bumped out of the wall and his nickname Superman logo on the grill, the realism is electrifying. 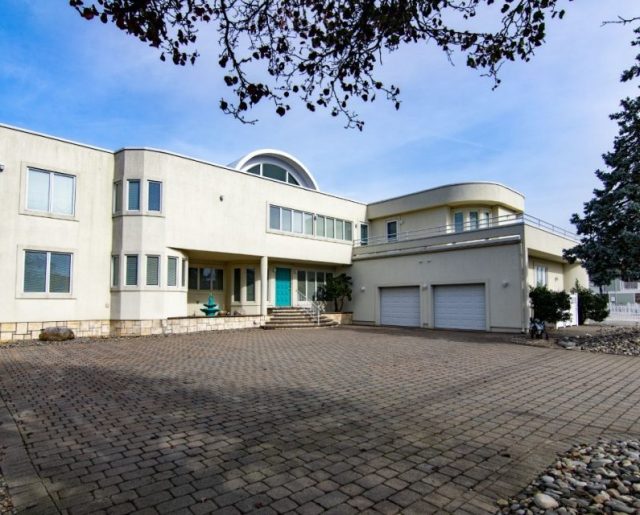