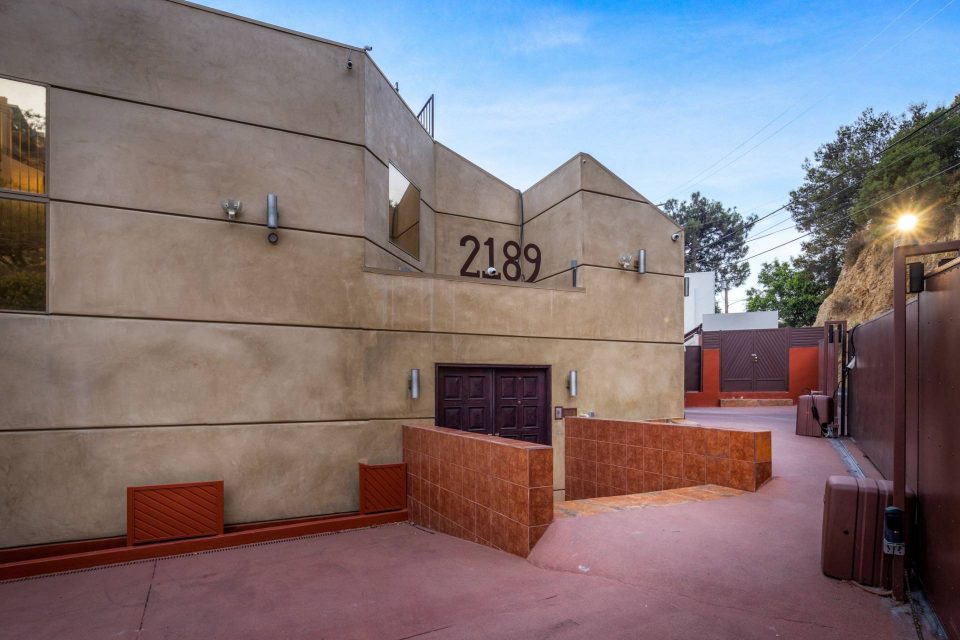 In the Hollywood Hills near Sunset Strip. 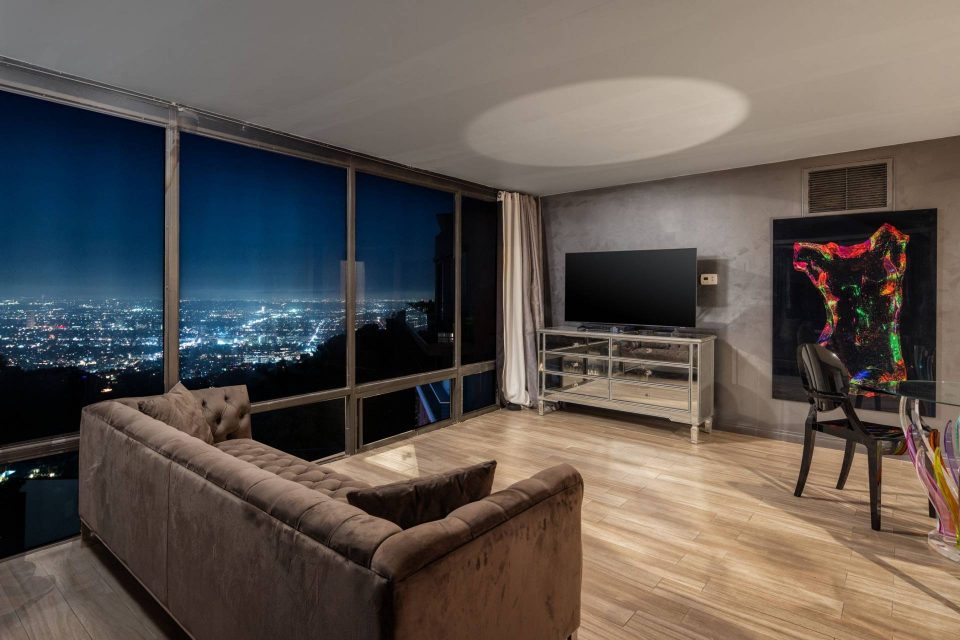 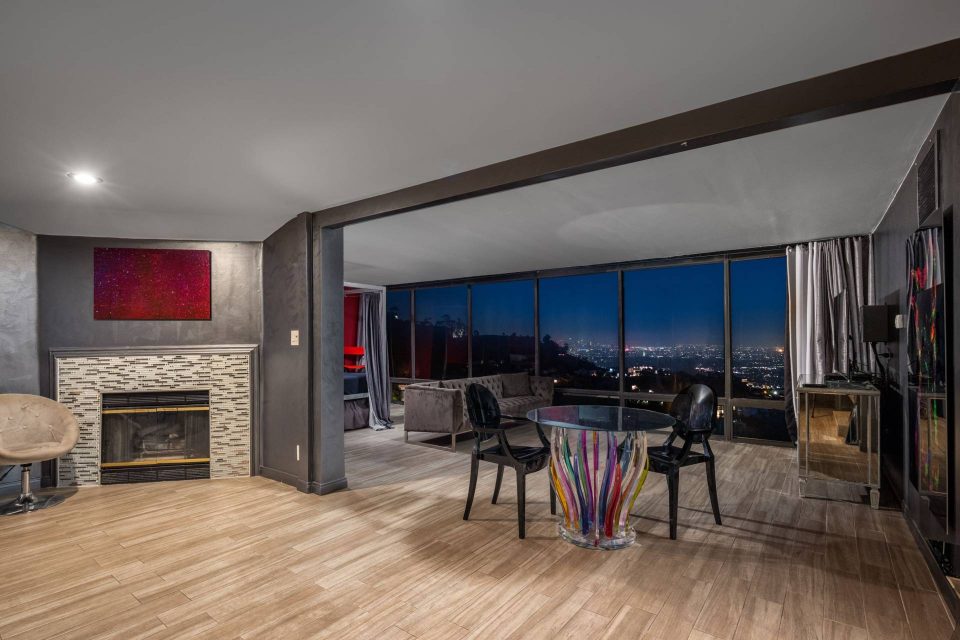 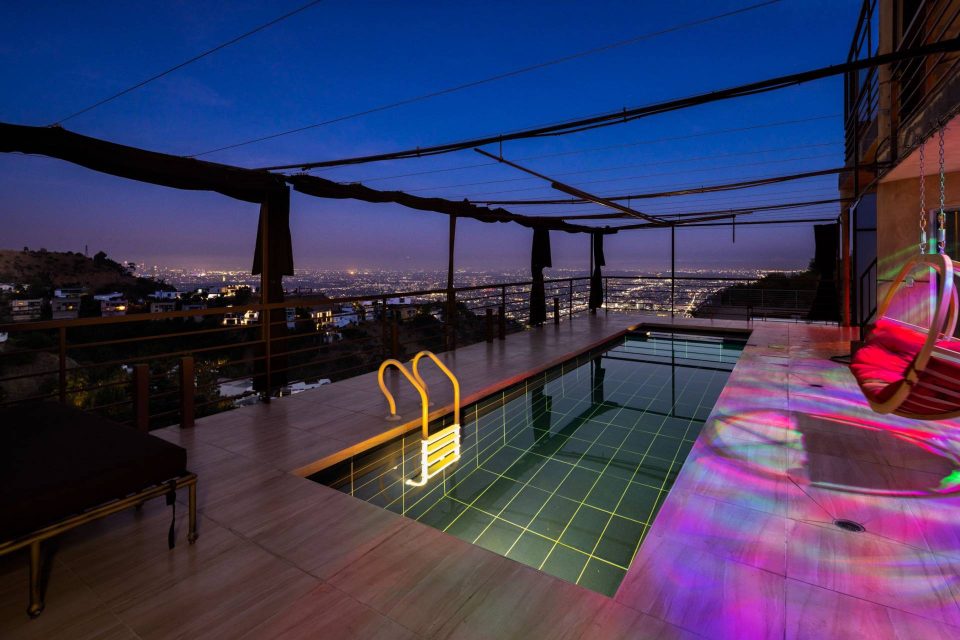 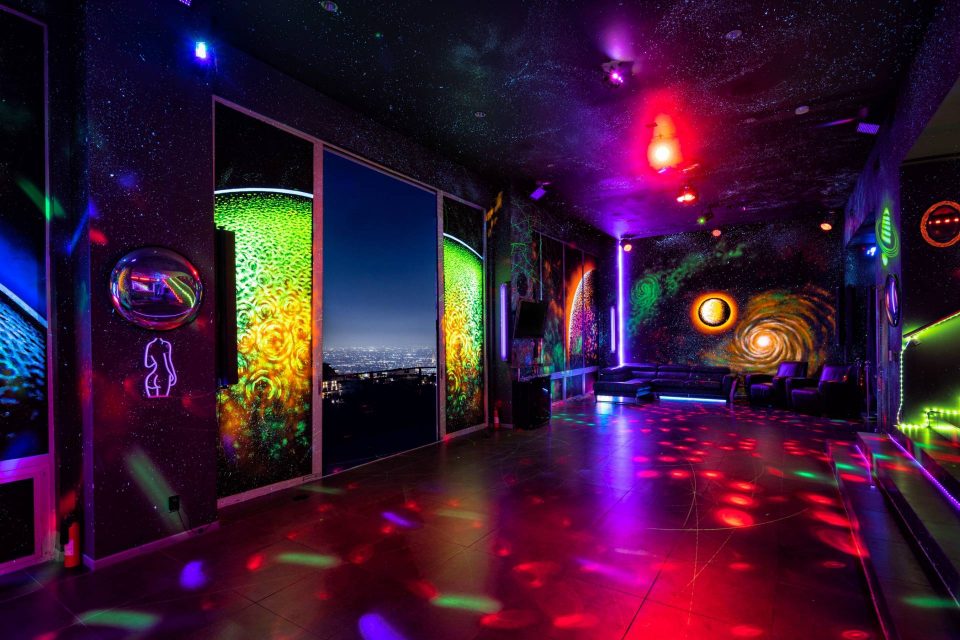 A symphony of lights and colors. 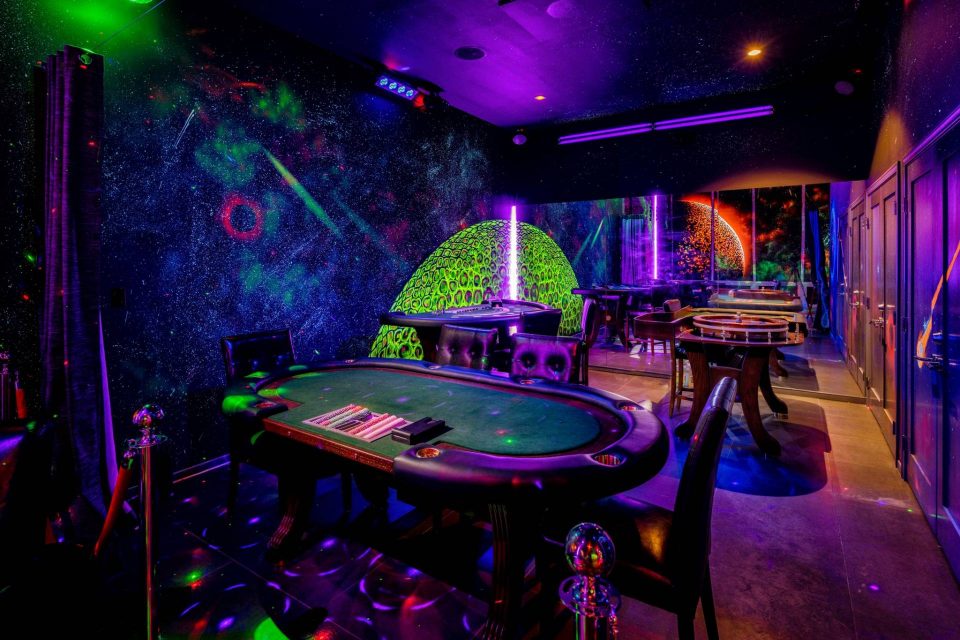 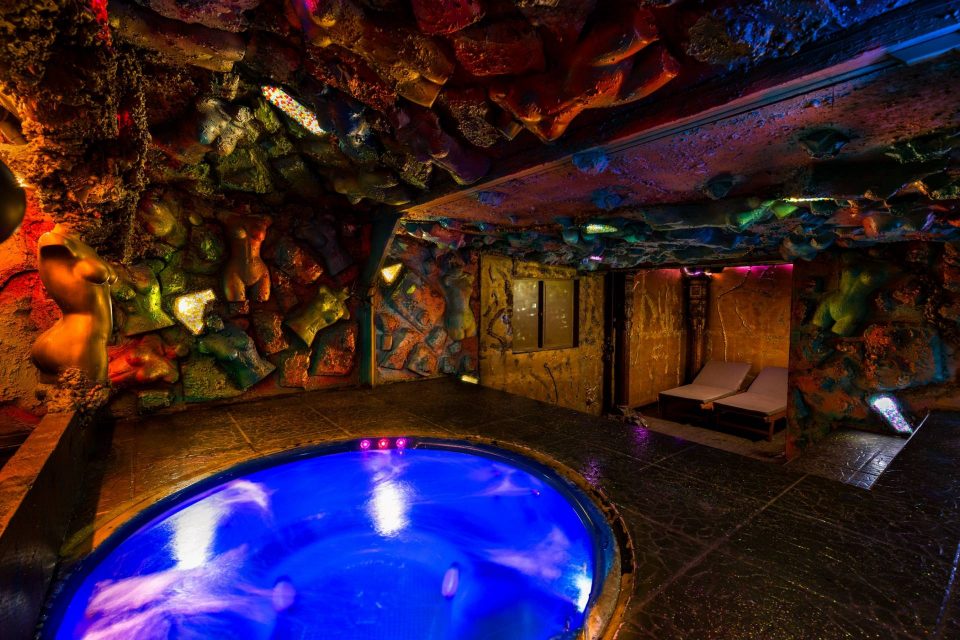 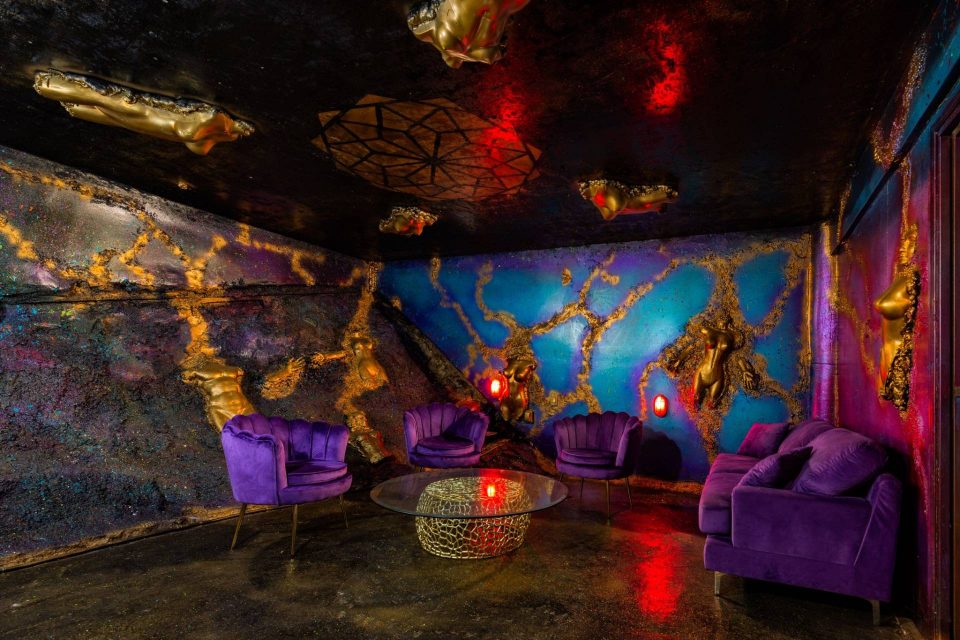 Lots of places to hang. 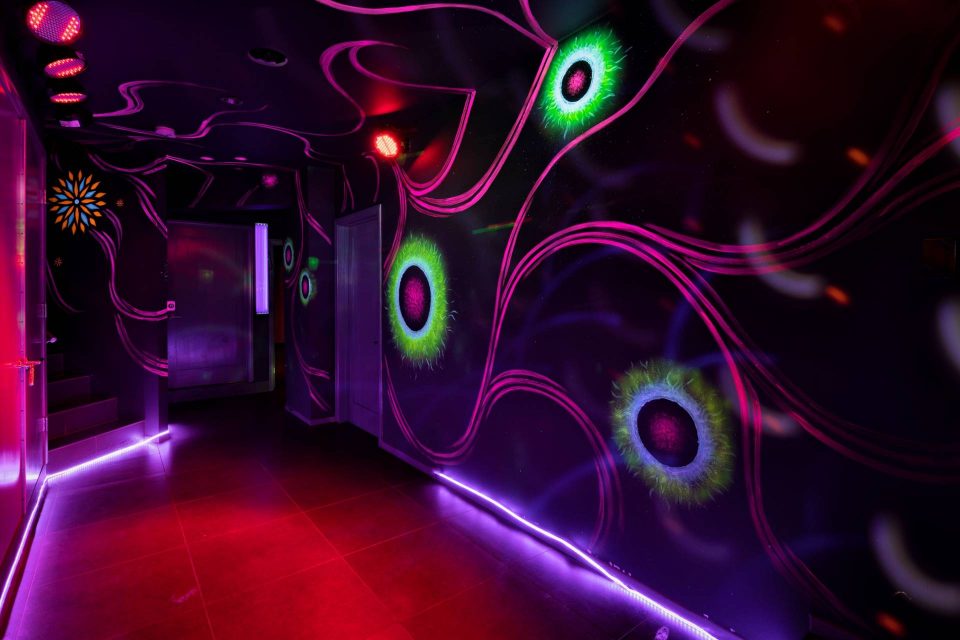 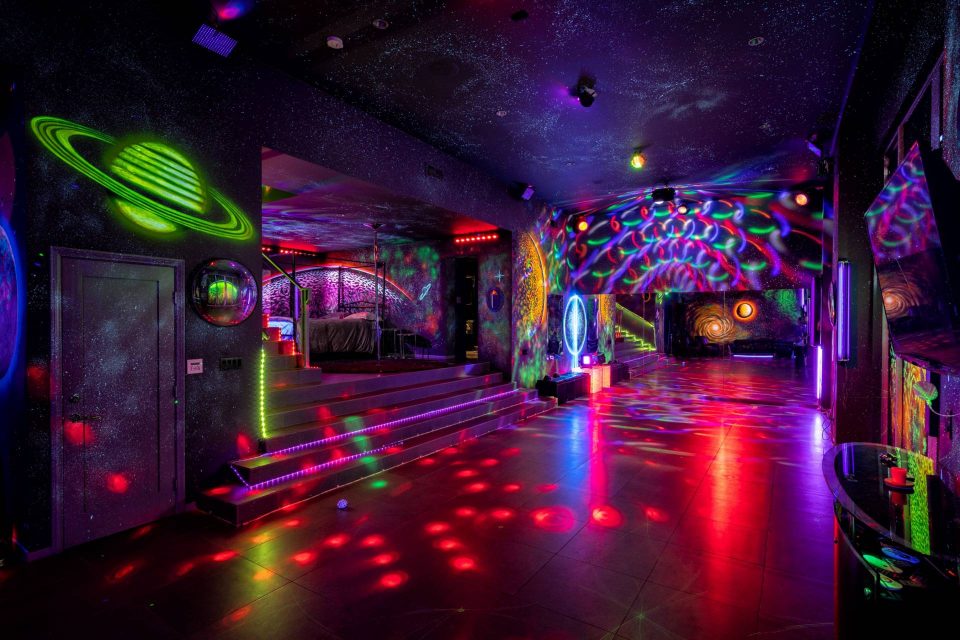 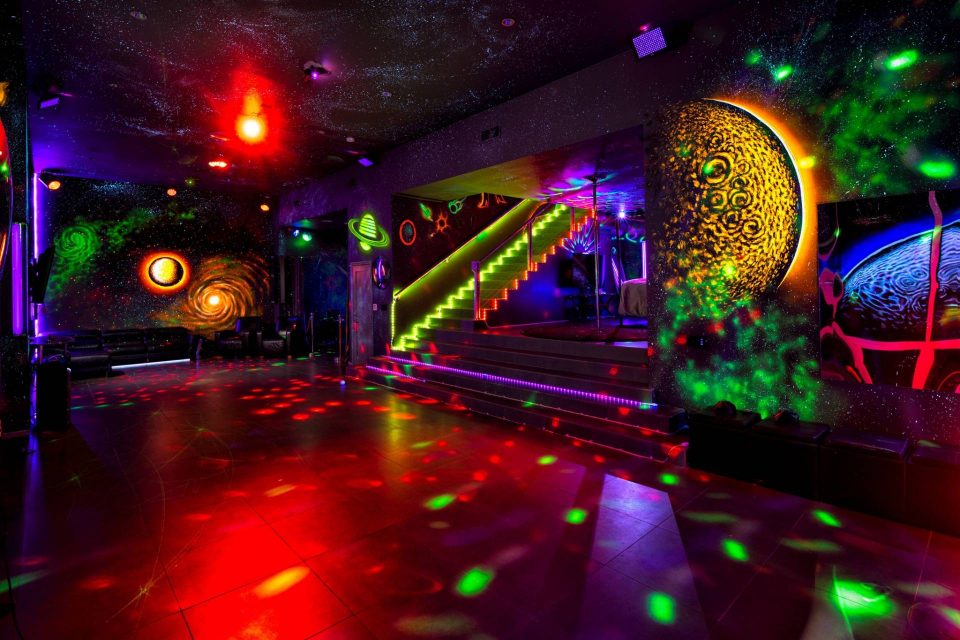 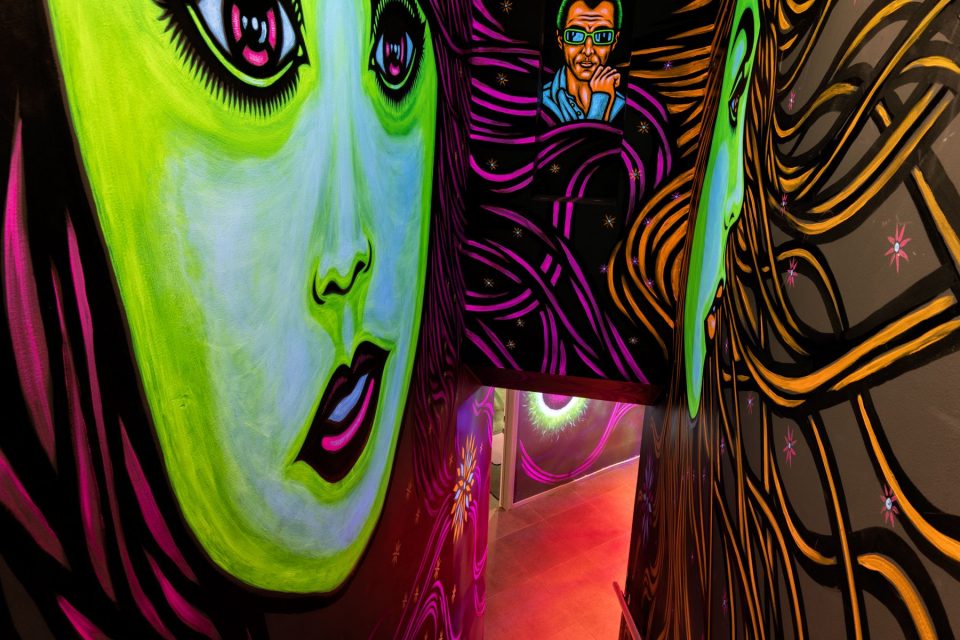 Mysterious hallways that lead to...... 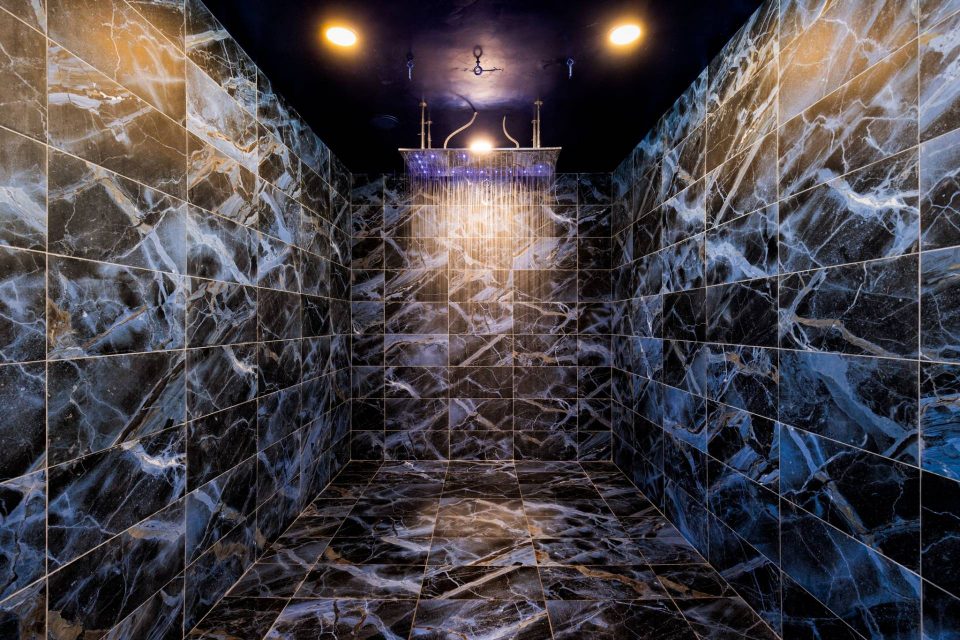 A shower room big enough for a friendly crowd. 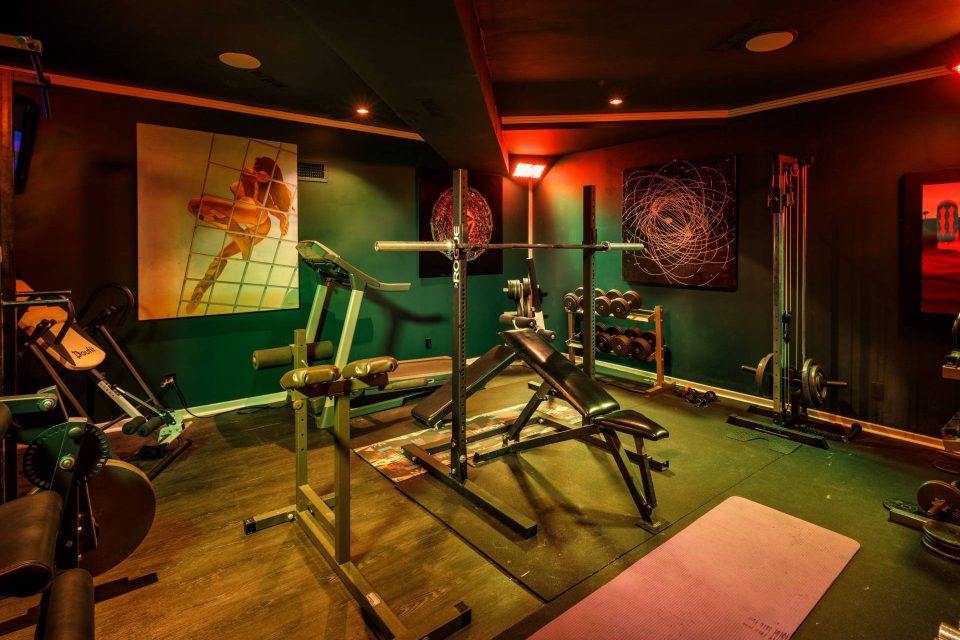 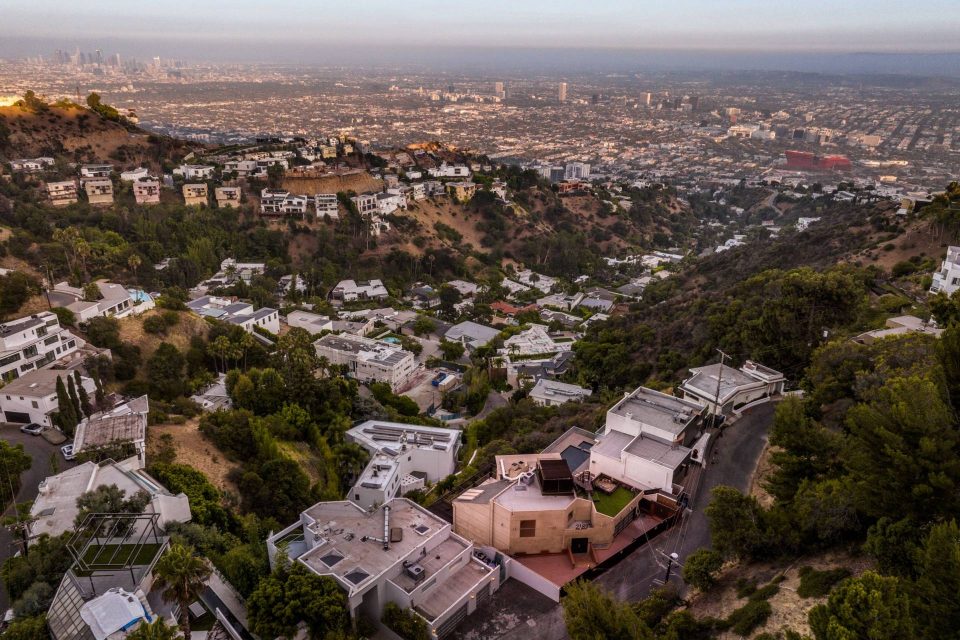 Nicknamed the 'House of Sin,' Southern California’s most eclectic home is for sale at $10.2 million. Located in the Hollywood Hills, the home was previously owned by photographer Richard Franklin who photographed celebrities and more than 600 models in the home. The five-bedroom, six-bathroom home features a smorgasbord of entertainment. There is the inviting pool next to a love swing suspended over the LA city lights, a rooftop deck, an indoor spa, chef’s kitchen, a dancing studio, gold-colored hallways that lead to a Hugh Hefner-style grotto room, a romantic fireplace, a casino and black-light disco nightclub, and ocean views.

A popular film site for reality TV and avant-garde fashion shoots, including Kim Kardashian, the 7,500-square-foot home has creative nooks, crannies and mysterious hallways. Not to mention several floors of activities, including a make out-ready theater with mood lighting and reclining leather seats, a shower room big enough for a friendly crowd, and another colorful room that could bring new meaning to 1960’s psychedelics. And a full workout room with inspiring wall posters and equipment. Just a couple minutes to the Sunset Strip for shopping, restaurants and more entertainment options.

The home is listed with Josh Morrow and Brooke A. Elliott of Aaron Kirman Group at Compass. 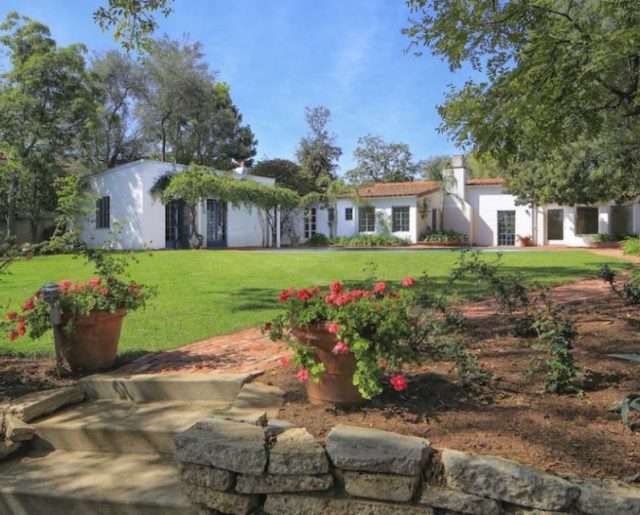 August 4th marked the 60-year anniversary of the death of Marilyn Monroe, who would be 96 if she were still...Read More 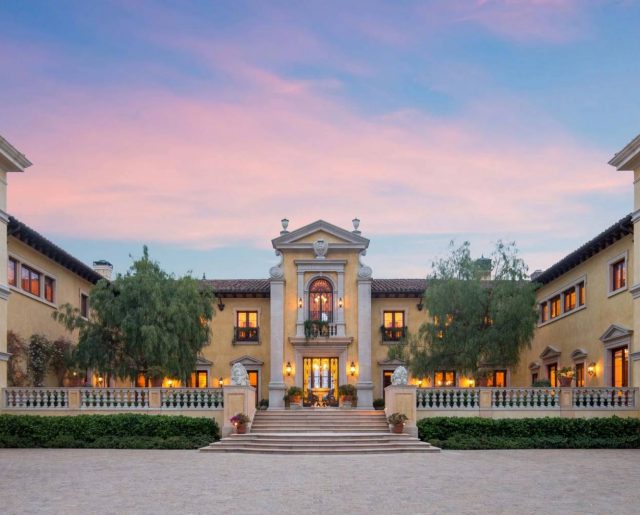 Most Expensive U.S. Home To Ever Go To Auction!

With a list price of $165 million when Villa Firenze first came on the market in 2018, it eventually sold...Read More