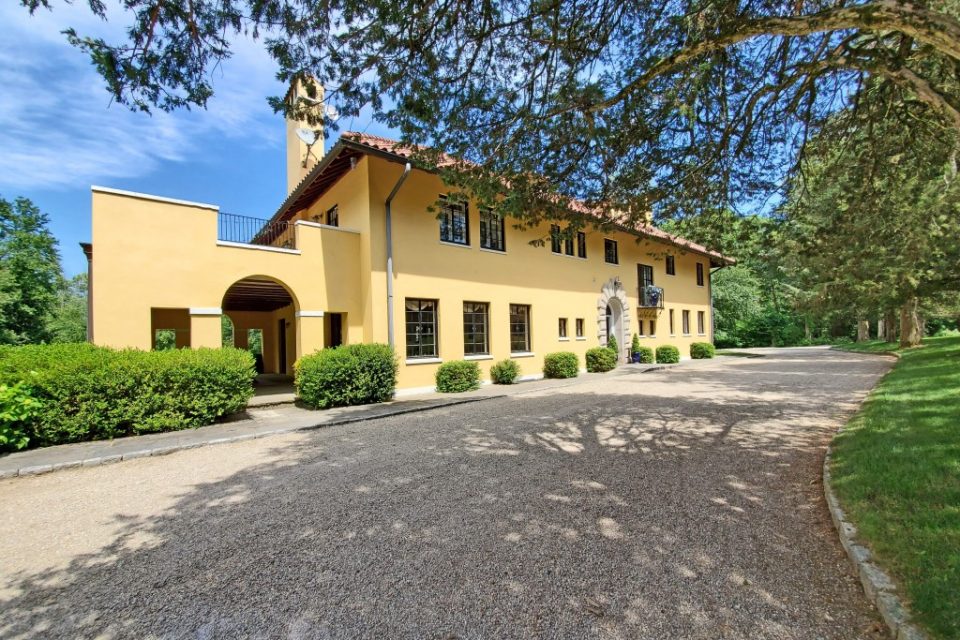 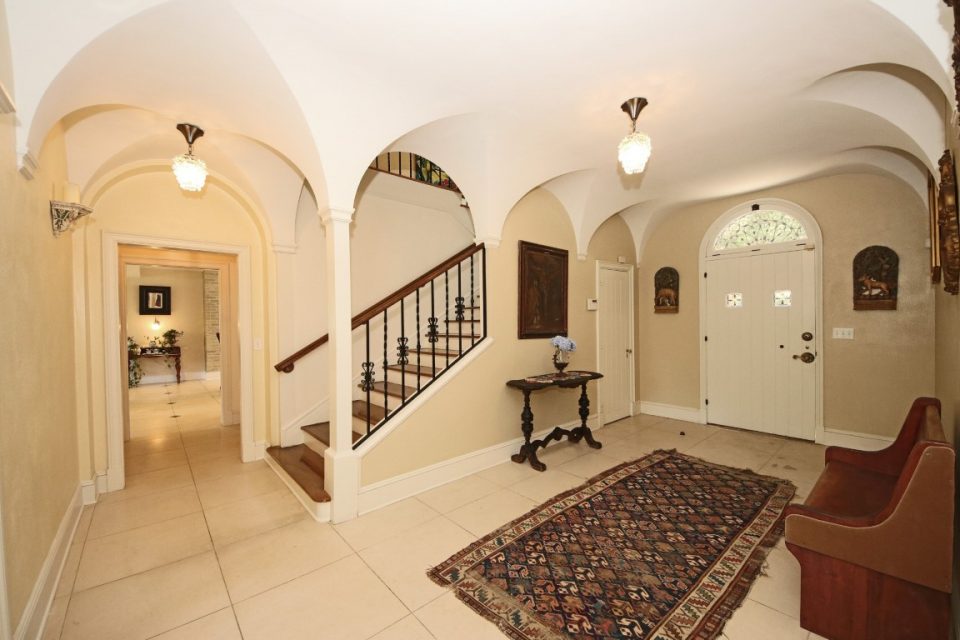 Enter into a spacious foyer with arch details enclosing the stairwell. 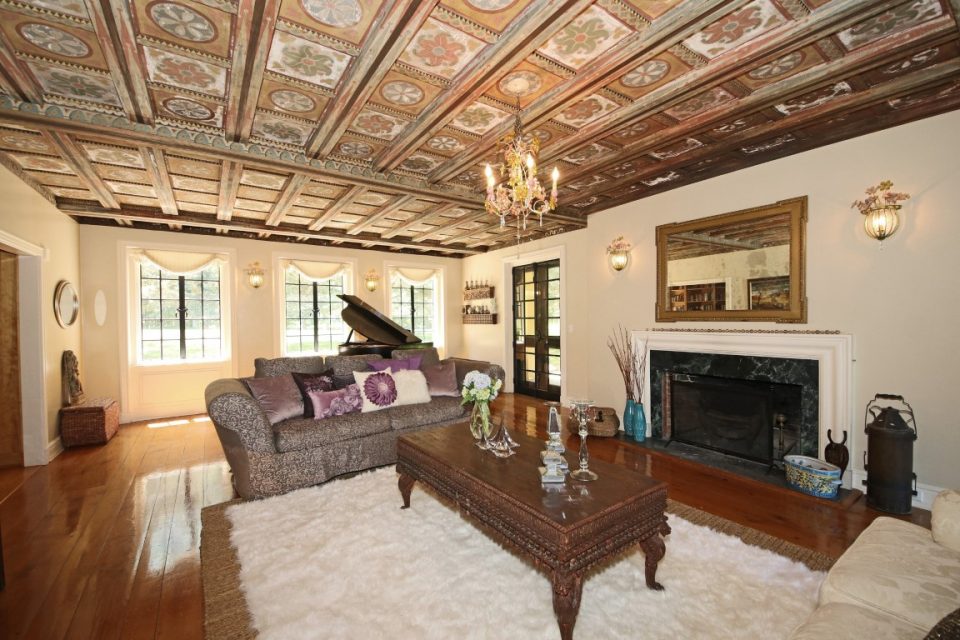 A detailed hand painted ceiling is the focus point of the living room. 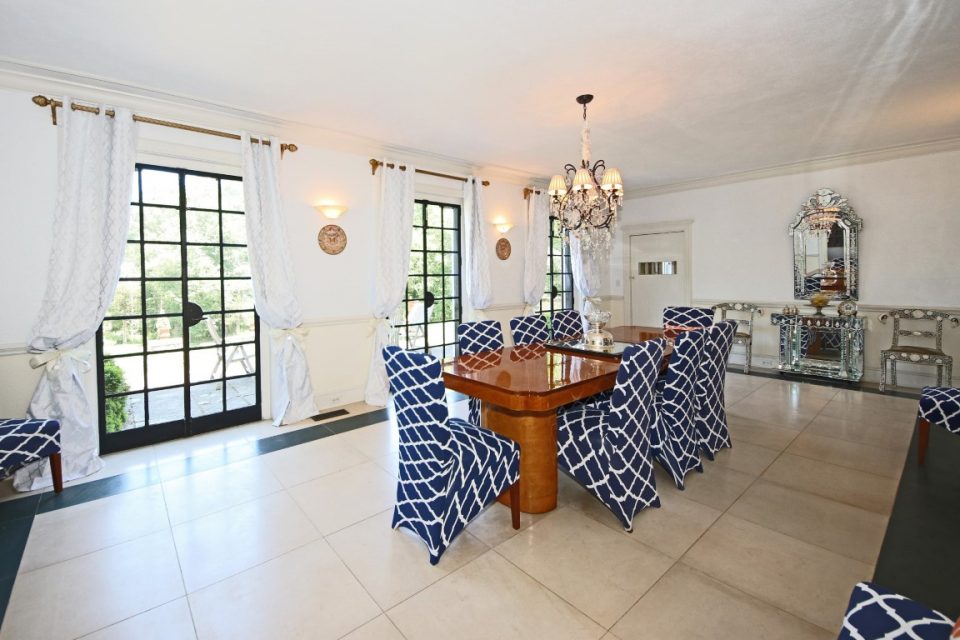 The dining room has views over the back garden through its double set of French doors. 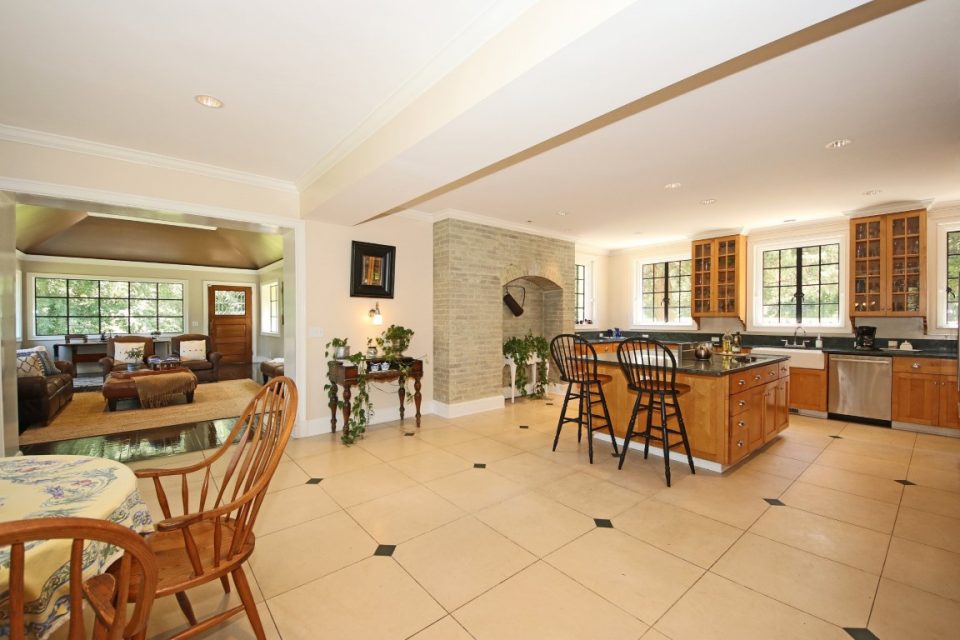 The open and airy eat-in kitchen opens to the family room. 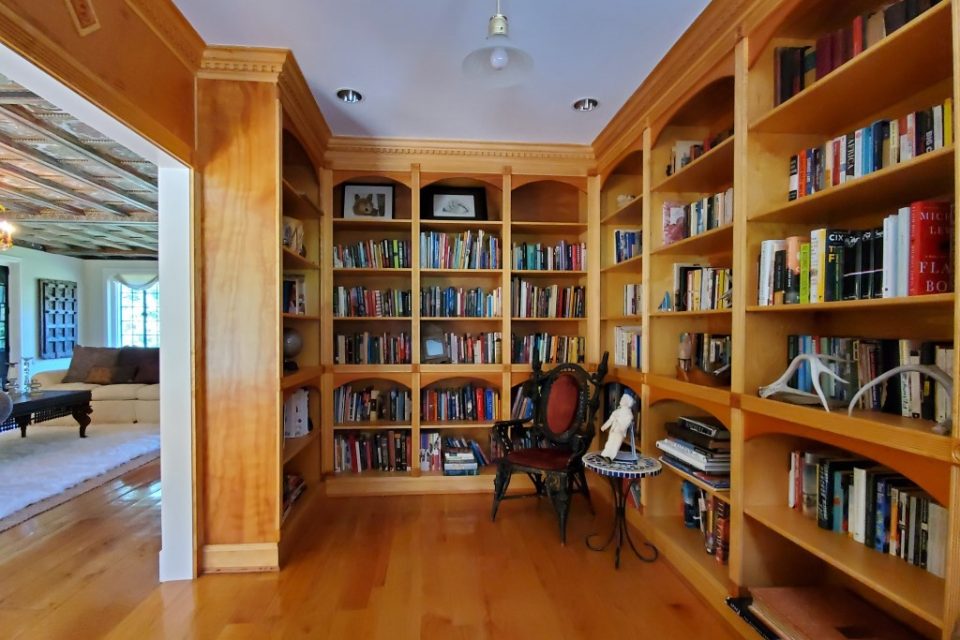 An alcove off the living room serves as a library befitting the former home of a great author. 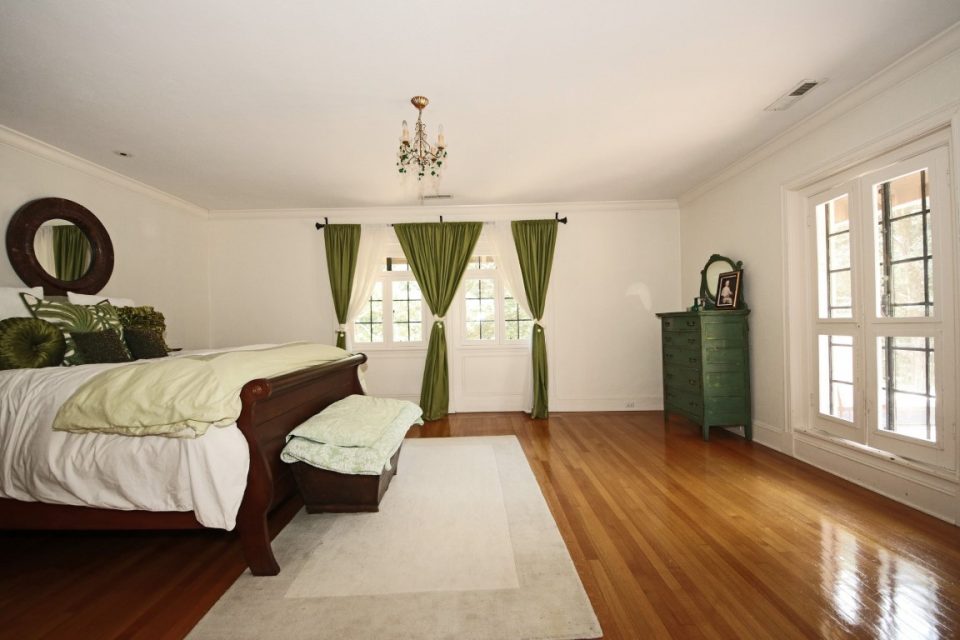 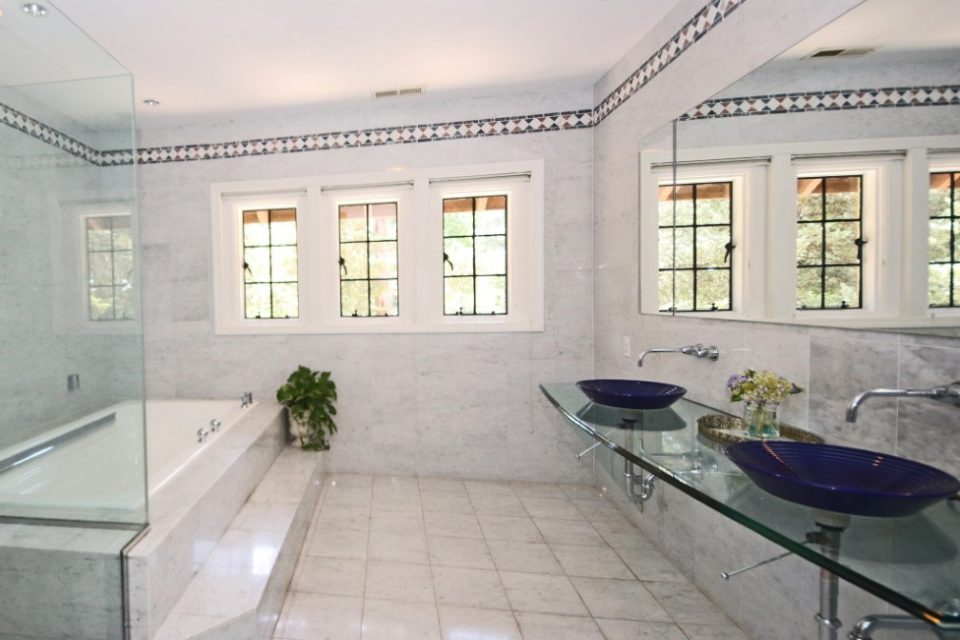 Bathrooms have been updated for the 21st century and beyond. 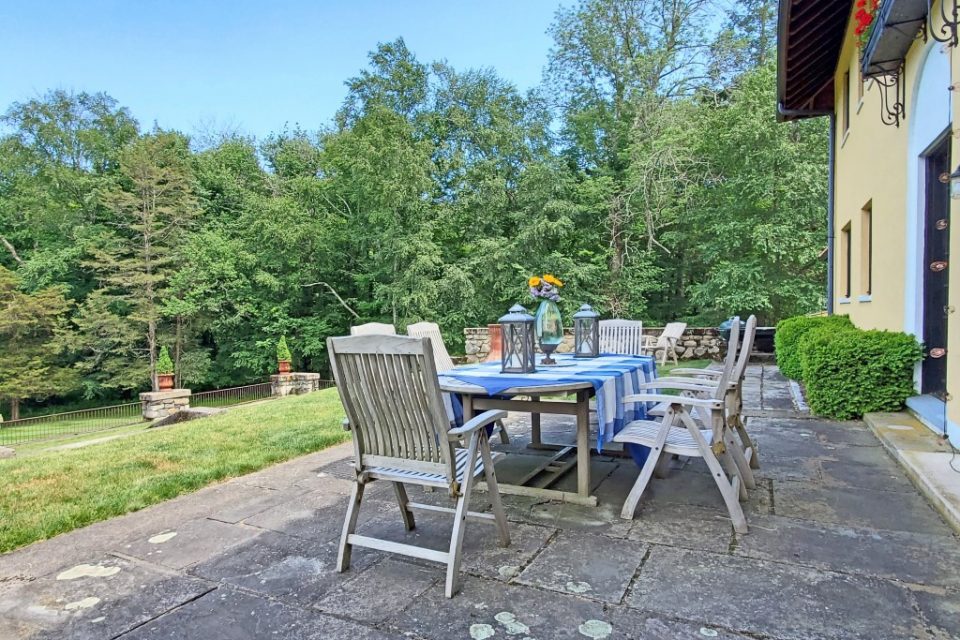 Terraces provide venues for outdoor dining with a view. 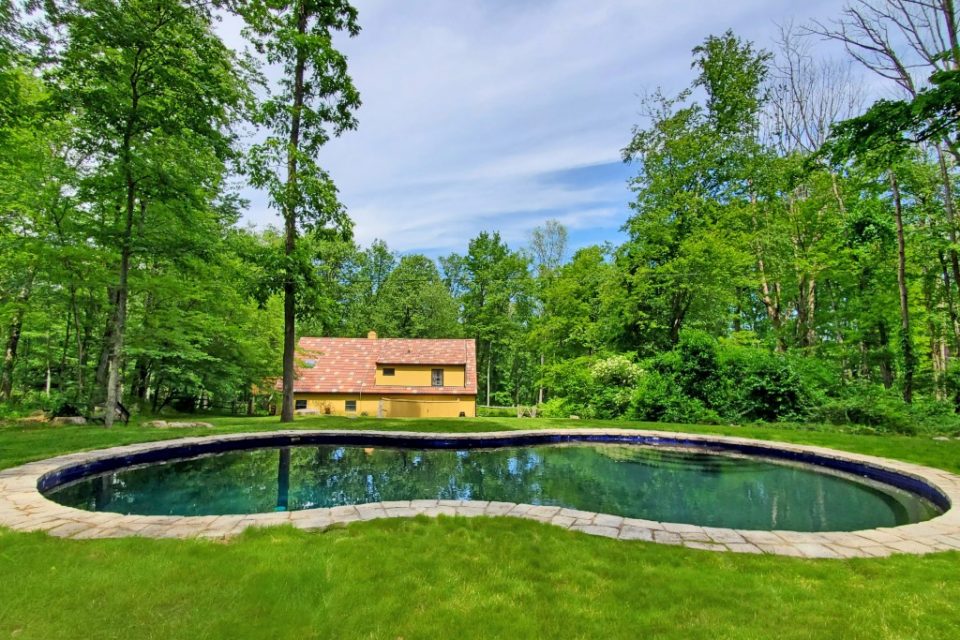 The natural looking swimming pool blends in with its environment. 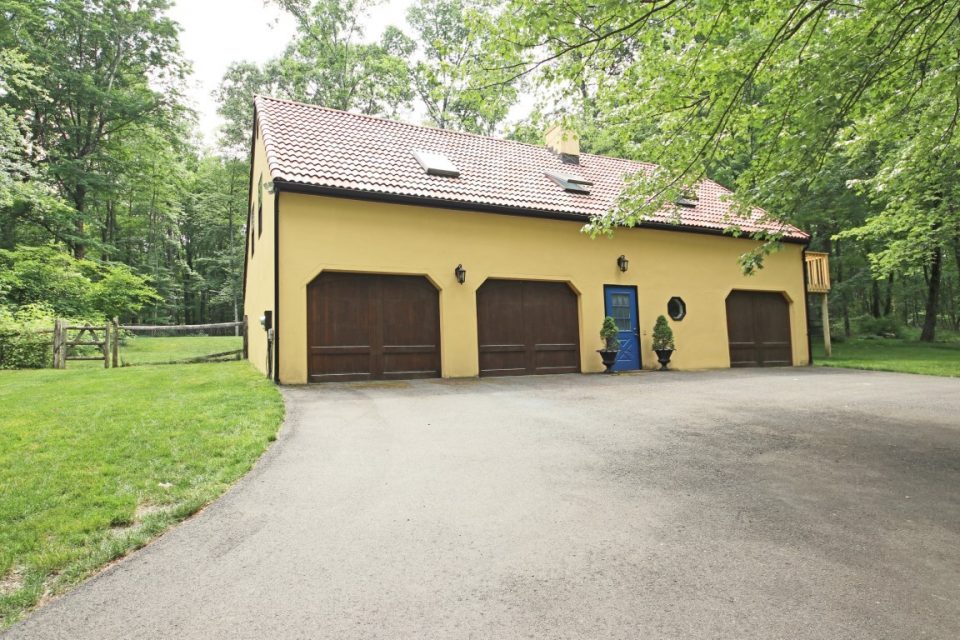 The three-bay garage is detached and has a caretaker apartment on the upper level. 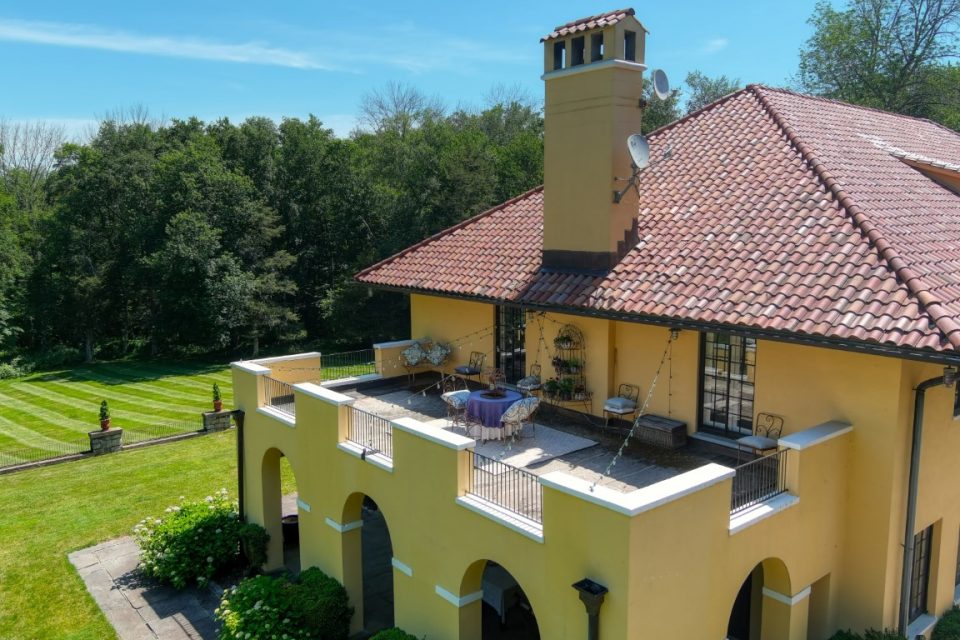 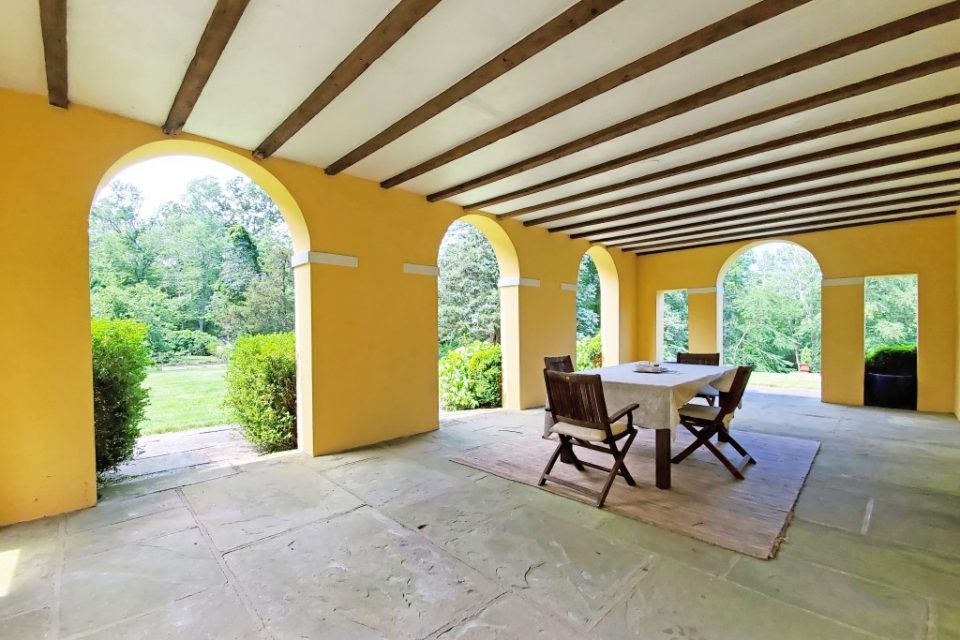 There is a large covered terrace with arched walls under the upper level terrace of the same size. 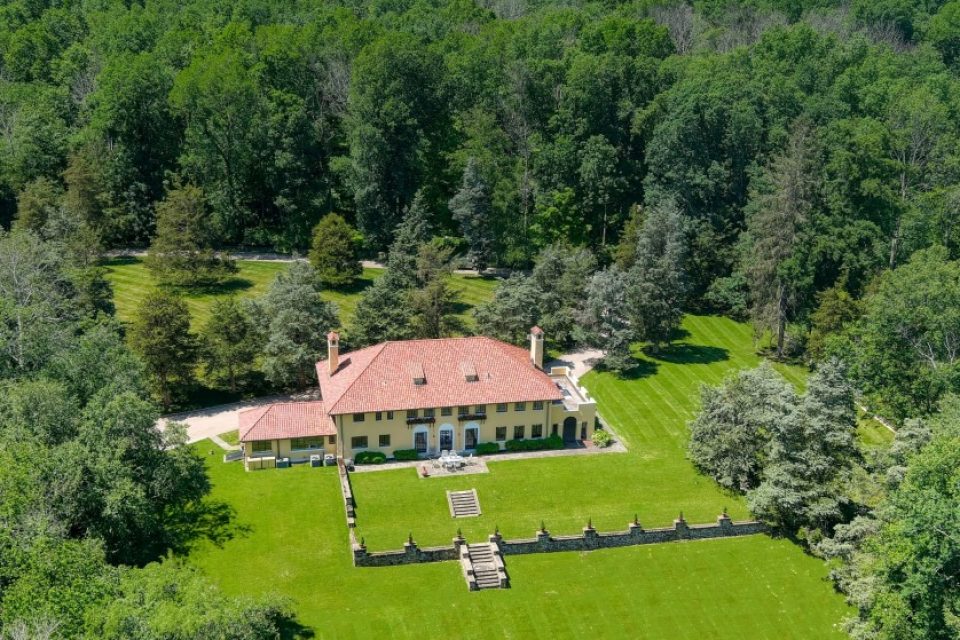 The estate is sited on 28 acres of manicured lawns and wooded areas.

Samuel Langhorne Clemens was fascinated by thoughts of adventure as a boy, dreams that he later wrote about when he took on the pen name Mark Twain, which translated, was steamboat slang for 12 feet of water.  Later in his life, he moved to Connecticut to be closer to his publisher, and he eventually purchased a stunning estate outside of Redding that he called Stormfield - named after his last published story during his life, Captain Stormfield’s Visit to Heaven. He was only able to live there for two years before he died in 1910.  It is now on the market, listed at $4.2 million.

Twain was a prolific writer who produced a variety of literary works, magazine and newspaper articles, poetry, short stories and novels.  Many say his most notable are The Gilded Age, written in 1873, and, of course, The Adventures of Tom Sawyer, written in 1876.  Twain was an avid traveler who visited a good portion of the world and wrote about the countries he visited, which he both praised and criticized.  His experiences broadened his critical thinking on many subjects, including religion, resulting in his strong opinions on many subjects.

At age 72, Clemens purchased Stormfield, where he lived until his death.  Sited on 28 acres adjoining a 161-acre land trust, the 6,300-square-foot home is built in the Tuscan villa style, which Clemens fell in love with during his Mediterranean travels.  A large house, it has four bedrooms and six baths, Clemens especially admired the beauty of the rural countryside surrounding it.  After his death in 1910, the house was badly damaged in a fire but was reconstructed in 1925 incorporating the same look, original gardens, stone walls and pillars.  There are four bedrooms and six baths, three fireplaces, large formal rooms and a big eat-in kitchen with adjoining family room.  The living room has the extra bonus of hand-painted, wood-beamed ceiling and fireplace with a library alcove.  Floors are hardwood and marble.  The house has a detached pool-carriage house with a heated pool, and there is a three-car garage with a caretaker cottage above that has two bedrooms, bath, living room, kitchen and deck.  There are multiple terraces around the main house for outdoor dining.

Although people usually associate Twain, who William Faulkner referred to as "the father of American literature" with Missouri and the Mississippi River, he lived in many places including San Francisco, Nevada, Cincinnati, Philadelphia and New York. He lived most of his adult life in Connecticut, including Stormfield and his home in Hartford, which is now the Mark Twain House & Museum and is open to the public. 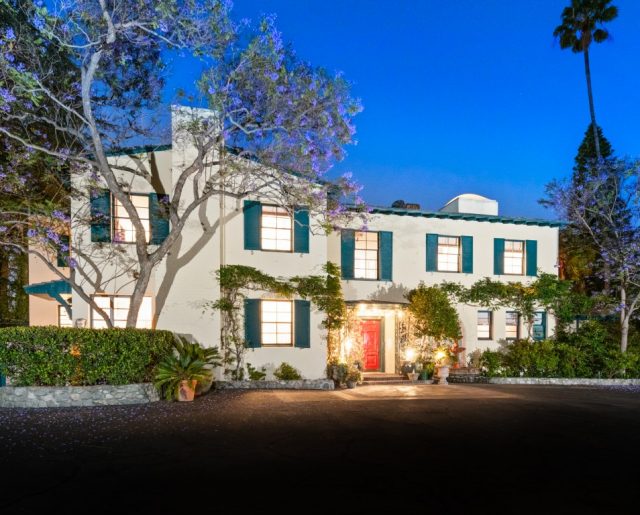 Now living most of the year in a secluded mountain home on the Nevada side of Lake Tahoe, where she...Read More